This week we lost a member of the family, Jenn’s hedgehog Triscuit. 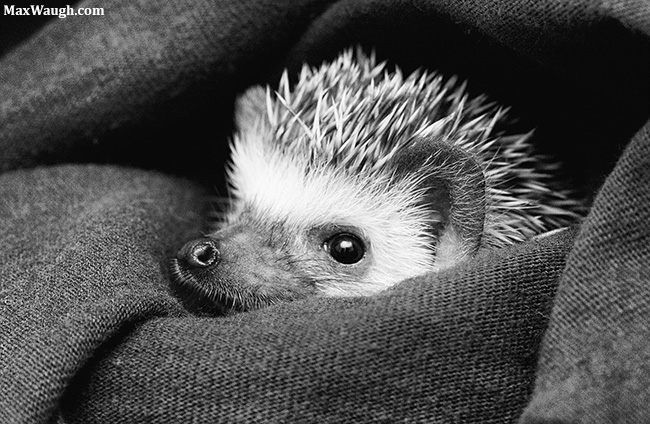 Those of you who have had to say goodbye to pets know it’s never easy.  This was one was as tough as you might expect, in part because Triscuit had overcome so much already.

African pygmy hedgehogs, which are smaller and much cuter than their European cousins, aren’t very healthy animals.  Some have described them as “little cancer factories,” due to their tendency to contract that disease (Jenn’s first hedgehog, Nestle, succumbed to cancer after three years).  They can also suffer from Wobbly Hedgehog Syndrome, which is essentially MS in the hedgehog world.

So any hedgehog owner knows that with that little bundle of cuteness, there’s a good chance you’ll be dealing with major health scares and a short life span (3-4 years on average in captivity).

Almost from the moment we brought Triscuit home, she was making trips to the vet.  Eye problems, uterine masses, etc.  She was not a healthy pig, and coming off the previous hoglet’s cancer battles, we expected the worst.  But then things changed.  She got better, and settled into a pattern of tasty chicken puffs, rolling in her litter pan, chewing on my hair whenever she could and having free run of Jenn’s office every night.  Yes, she was living the life of a spoiled pig. 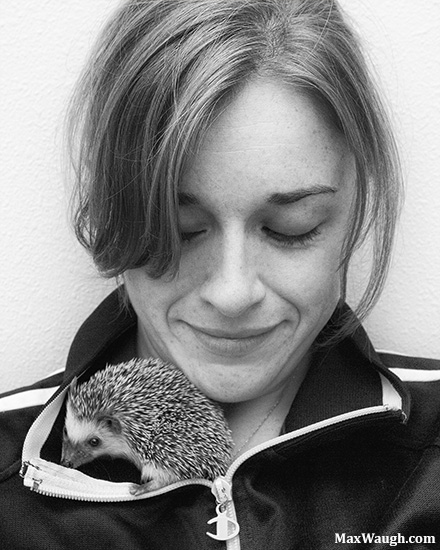 And that life continued.  She passed Nestle’s three year old mark, and eventually made it to four.  By age five, health problems arose again and she returned to the vet’s for various procedures now and again.  But she overcame each hurdle.  The little pig that could.

More recently, she was back in the hospital more often, but amazingly still managed to heal up and get better each time.  Just recently, she made it to her sixth birthday, which is 90-100 in domestic hedgehog years and is something we never could have foreseen when we first brought her home.  But finally, old age caught up with her.  The last few visits to the vet were more difficult, and a kidney infection made it impossible for her to move around and roam freely as she liked to do.

So we said goodbye to the Indomitable Pig, thankful for all the times she kept Jenn company while I was on the road, for her forgiveness after she was allowed to roll off the bed that one time (a plop and a huff was all we heard) and for all the entertaining moments she provided in her very long, fruitful life.

2016 Calendars Are Now On Sale!
MW3.0: Using the Archive and Purchasing Photos