In a bit of news that didn’t really come as a surprise, MalaMala Game Reserve was named the second-best safari park in all of Africa, based on expert and tourist reviews.

Located in the Sabi Sands conservation area bordering Kruger National Park, MalaMala is my favorite destination for African wildlife photography, and is considered by many to be the best place for wild leopard photography on the planet. 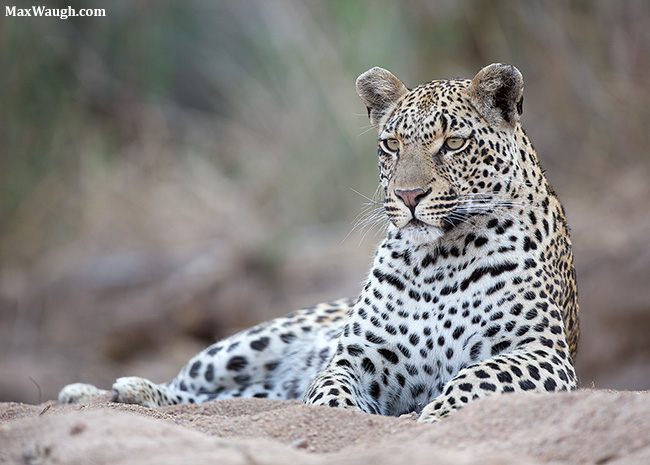 I simply love this place, and am so excited to be leading another safari group back to MalaMala in 2016.  What makes it so great?  There are several factors.

MalaMala is on Private Land

This is an important distinction from national parks like Kruger or the Serengeti in Tanzania.  The Sabi Sands is a collection of private reserves that border Kruger National Park to the west.  There are no fences separating the reserves from Kruger, or from each other, so the wildlife roams free.  Leopards, lions, wild dogs and other predators cross over from the national park all the time.  Some of the cats stay and are able to carve out their own territory within the reserves (at MalaMala leopards are named after their territory), but you never know which new characters you may see when you visit.

Because MalaMala is privately owned, there’s much more flexibility and there are looser restrictions for exploration.  Those fantastic Land Rovers, like the one pictured above, are allowed to drive off-road, nearly anywhere that the vehicle is capable of going.  Lions in the river bed?  No problem.  The Land Rovers are incredible machines, and allow for unprecedented access and closer wildlife encounters.  The encounters are generally much less crowded than those in larger public parks.  MalaMala limits sightings to three vehicles at a time, and sometimes fewer depending on the circumstances, in order to avoid overcrowding or putting undue pressure on the wildlife.  It makes for a much more relaxed game viewing experience, with better angles available for photography.

MalaMala is comprised of 33,000 acres, making it the largest reserve in the Sabi Sand.  And it’s an exclusive reserve.  Many of the smaller, neighboring reserves share territory to allow guests to explore further afield, but MalaMala’s vast property is restricted to MM guests only.  That means greater variety and greater chances of seeing more elusive species like cheetah or wild dog (below) that may come roaming in from Kruger.  Because the reserve makes up most of the border between Kruger and the Sabi Sands, animals coming in from the national park will usually venture through MalaMala first. 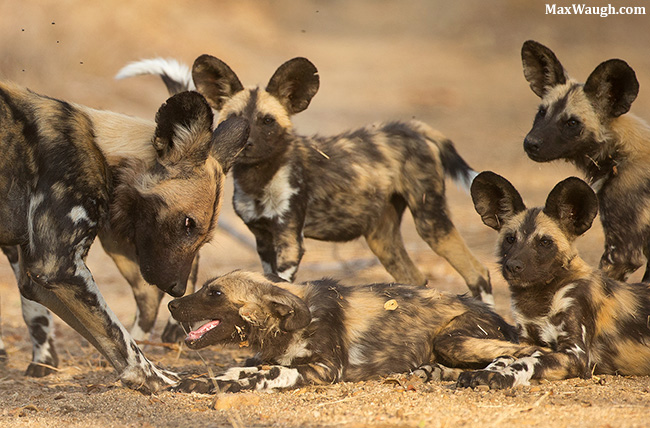 There’s one thing animals need above all else to survive in Africa: water.  And MalaMala has it year-round.  The Sand River is the primary water source in the Sabi Sands throughout much of the dry season, and the majority of MalaMala’s long property has the river flowing through it.

Naturally, this makes for much greater wildlife activity in the reserve, particularly in the dry season when animals may be more scarce in the other reserves.  Hippos and crocodiles go for a swim while elephants, cape buffalo, lions and leopards come down for an occasional drink.  Bird life is plentiful too, with storks, hammerkops and other waders searching for frogs, eagles swooping in for large fish and kingfishers diving for smaller snacks. 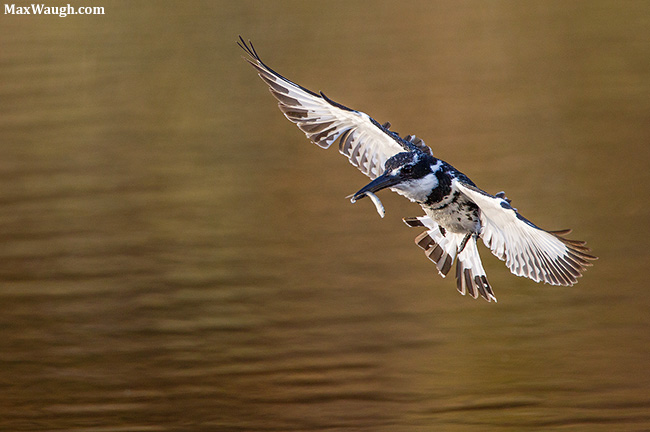 In many national parks in Africa, you’re not allowed out after dark. By sunset, visitors have to be back inside the safe confines of the fenced camps.  At a private reserve, it’s a different experience.  The afternoon drive starts while it’s still light, and you’re out during the very best light for photography.  A quick stop for a refreshing “Sundowner” (usually involving a tasty beverage of some sort) precedes what for me is one of the funnest parts of the MalaMala experience: the night drive!

Nighttime game drives offer a unique opportunity to witness nocturnal behavior and see certain species that are not active during the day.  Smaller critters like the white-tailed mongoose, genet, and the ultra-rare aardvark are usually only seen after dark.  Leopards and lions are also on the prowl, and chances of witnessing a hunt increase after the sun sets. 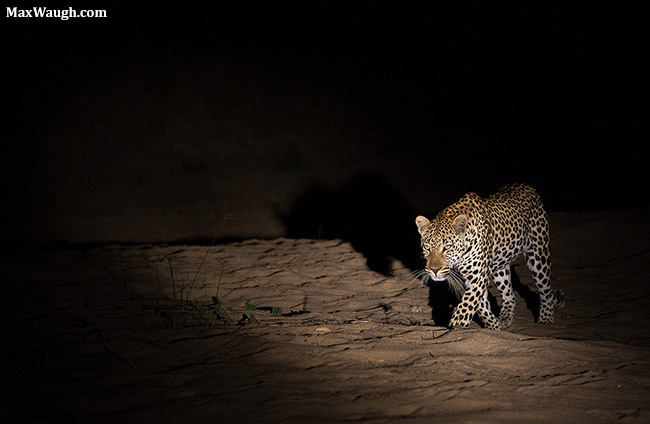 The Definition of Luxury

The grounds, lodging, meals and guiding at MalaMala are luxurious in every sense of the word.  From the moment you arrive at your camp, you’re looked after by a friendly and helpful staff.  Meals are top notch and the accommodations are incredible, even at the lower-priced Main Camp (shown below). 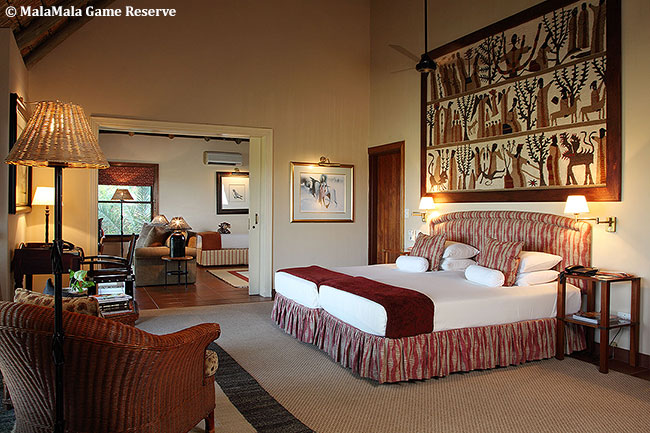 One of the best aspect of the experience is that you actually get to enjoy the luxury!  One of Jenn’s favorite things about staying at MalaMala is that the game drive schedule requires you to return for midday breaks.  The wildlife becomes less active during the hottest part of the day, so after the morning drive you return to camp to relax for a few hours.  This is a good time for a nap, taking a dip in the pool, or relaxing on the deck as the elephants walk along the river. 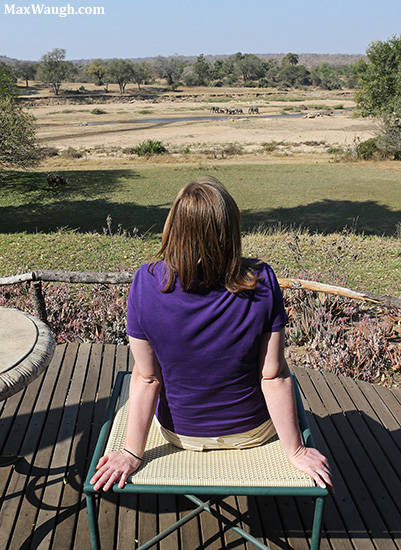 When you take all this into account, it’s no wonder MalaMala is rated as one of Africa’s top wildlife destinations!  And now you may understand why I keep going back.

Following six days on safari in Kruger National Park, we’ll be spending three full days at MalaMala as part of my Southern Africa tour.  The tour runs from July 23 – August 3, not counting the optional extension to Mashatu, a private reserve in Botswana.  Learn all about my 2016 Southern Africa tour here.

If you are interested in planning your own trip to MalaMala, I suggest you contact me first, as I can at least put you in touch with the right people who can help maximize your experience as a photographer.