I received a nice response to the Otter/Beaver/Muskrat Throwdown piece I posted a while ago.  Among the comments on Facebook, Katie asked, “Where’s the mink?”

Good point.  The otter, beaver and muskrat aren’t Yellowstone’s only small aquatic furry animals.  The mink is also a highly adept swimmer, and displays some similarities to the other species in question when in the water.  So why didn’t I think to include the mink initially?  I’ve never actually seen one in Yellowstone!  They do exist in the park, but sightings are rare (I’ve seen a few more photos come out of the Grand Tetons).  In all my years, the only mink I’ve seen were closer to home, at Reifel Bird Sanctuary in British Columbia.

A couple years back while leading a private workshop, a client spied a mink running along one of the many waterways in the sanctuary. 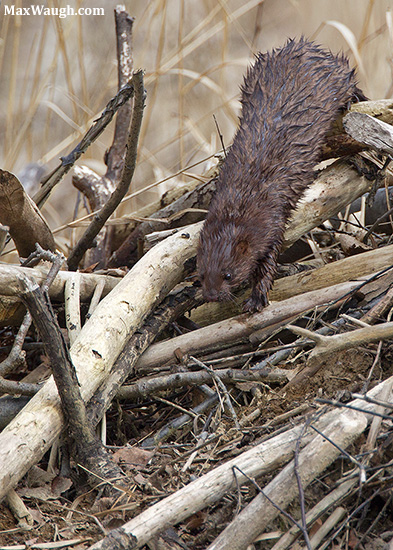 The mink is a mustelid, like the otter.  And as you can see it definitely sports that “weaselly” appearance.  It’s small, about 1-2 feet long, which puts it pretty close to the muskrat in terms of length.  But the mink is much more slender.  It is an efficient predator, after all, and therefore is a bit more athletic than the slightly more rotund, vegetarian muskrat.  Mink fur is also darker, usually a deep chocolatey brown (that appears almost black at times, especially when wet), sometimes with a white patch of fur on the chest.  So out of water at least, the mink should be pretty easy to distinguish from our other swimming rodents and mustelids.

When swimming, it’s a slightly different story.  Confusion with the muskrat could certainly be a possibility.  Here’s a side-by-side comparison with one of the muskrat photos I used in the previous post. 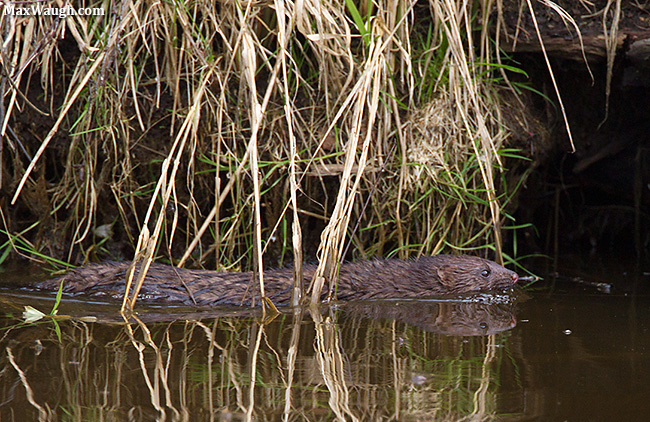 Note that the muskrat (bottom) was further away, so these are not to scale.  Still, you can see the similarities, and given the almost identical body length it can be even more difficult to differentiate the two.  The main things to look for are the fur color–again, the mink (top) is usually darker–body and head girth, and also the relative size of the head to the body.  As you can see, the mink is more streamlined and has a smaller head than the muskrat.  The tail would also be an instant giveaway, as the muskrat’s tail is thin and bare, while the mink’s is slender but furry.

So my apologies to the mink for ignoring it.  If a Yellowstone mink wants to put on a show for me some day, I would love to feature it again in future articles!

Postscript: A couple days after this post was published, I photographed another mink during my latest photo tour in British Columbia!  Here’s a new bonus mink photo:

Postscript #2: In 2016 I saw a few more mink in BC, including one cooperative individual who scampered along the shore and then swam directly in front of our boat.  The following photos are provided as additional help with identification. 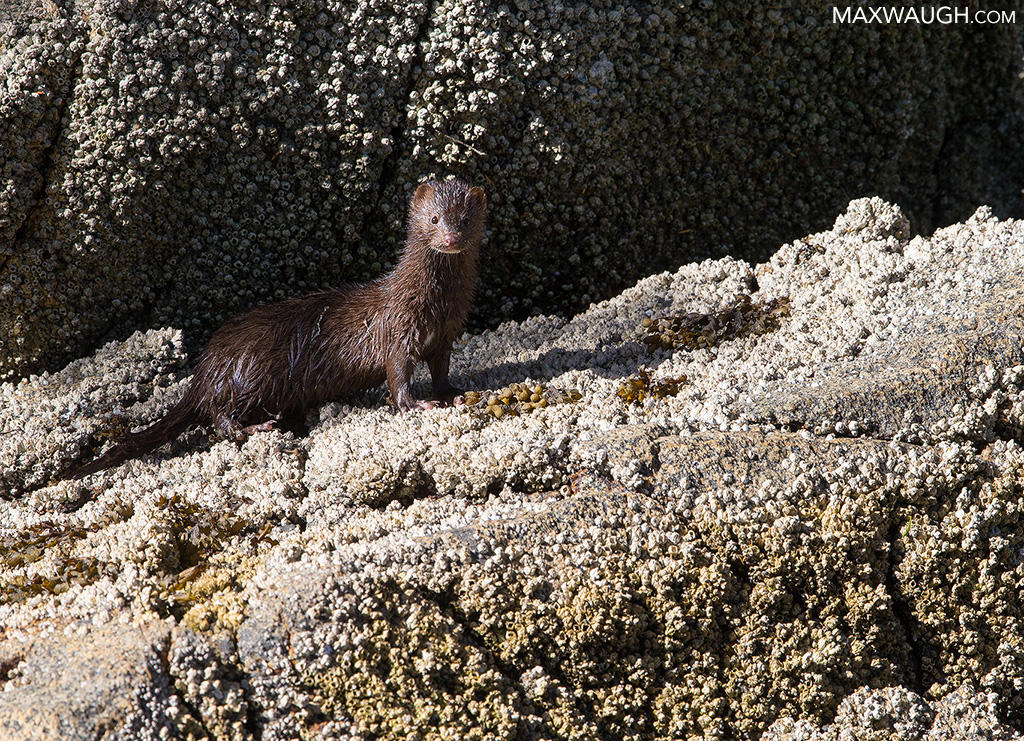 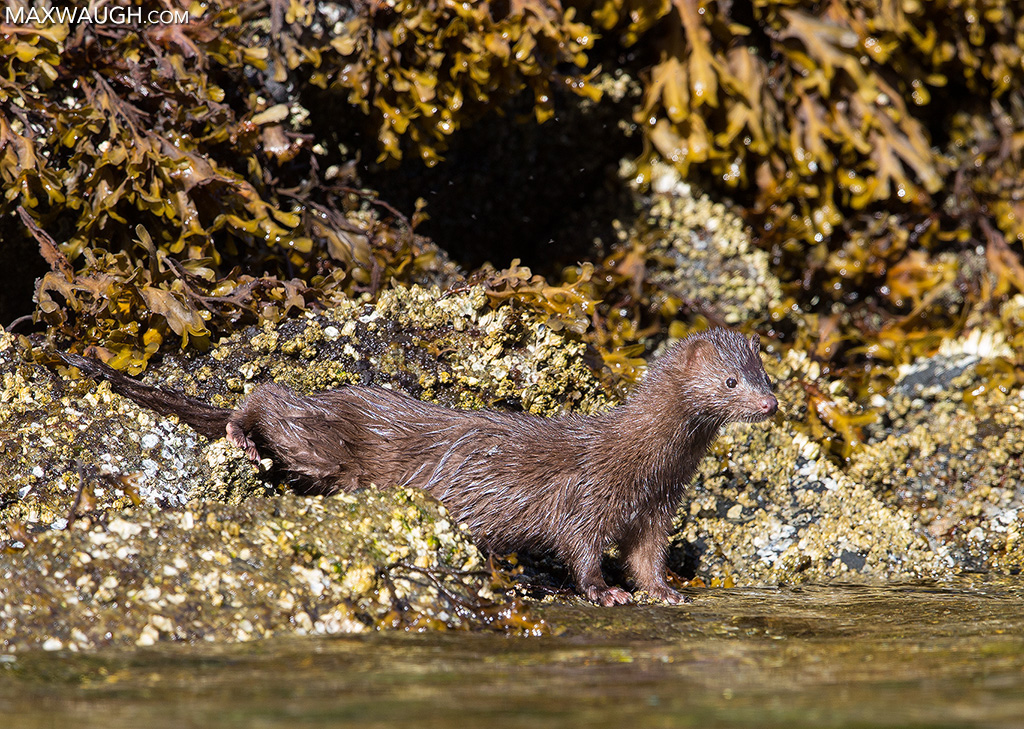 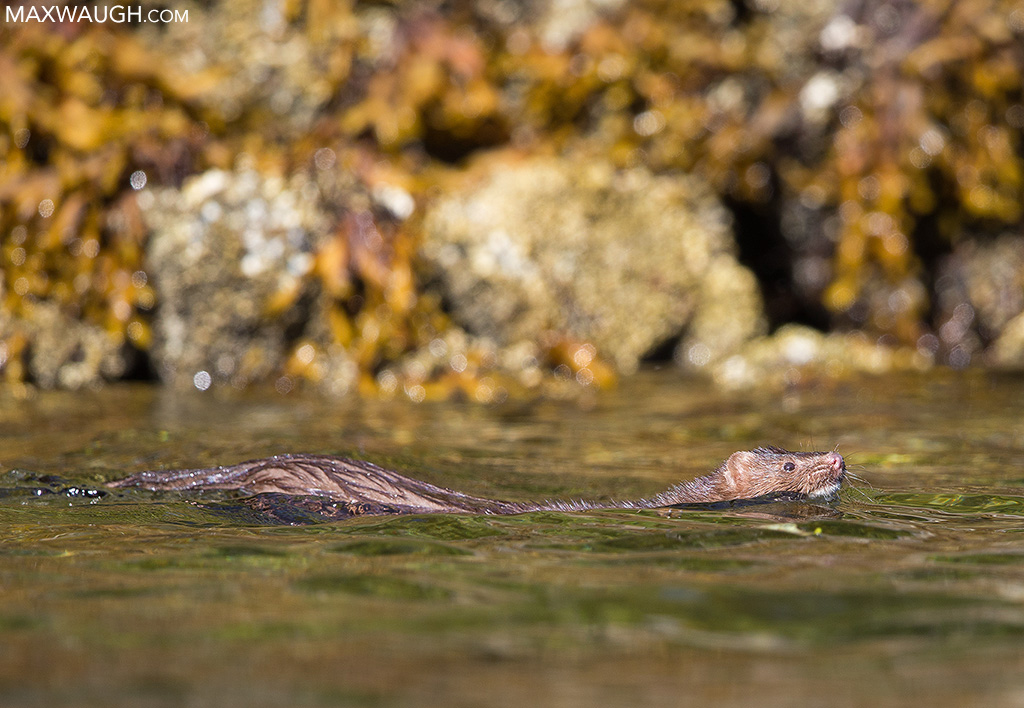