It’s time to finish off this week’s countdown of my favorite spring wildlife encounters and subjects from Yellowstone.  If you missed the rest of the list, check out my previous posts here and here.

As with #1 on this list, my runner up is actually a compilation of multiple encounters.  The collective sightings and photo opportunities presented by wolves on this trip put them close to the top.

Wolf photography in Yellowstone has always been challenging.  These days, it’s even more difficult.  We have fewer wolves (about half of the park’s peak population back in the mid-Aughts), pack territories are fluctuating and less-firmly established than back in the day, and the packs themselves are mostly smaller in size.  So it was a very pleasant surprise to have so many relatively close encounters with wolves during my spring tours. 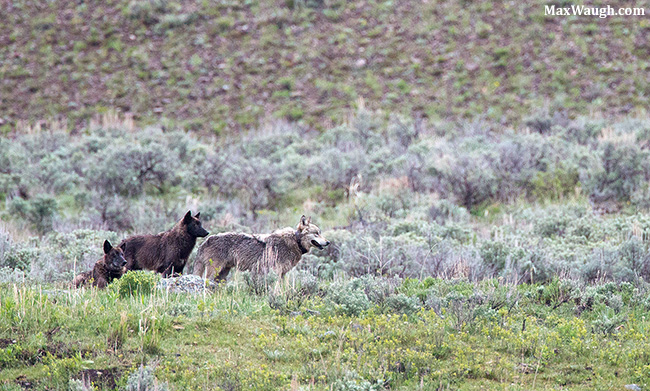 Relativity is important, because there’s Close and there’s “Yellowstone Close.”  The former, at truly close “full frame” range, requires nothing but dumb luck, and usually occurs when a wolf randomly crosses the road in front of your vehicle.  That type of encounter rarely allows for prolonged photo opportunities (especially if you’re stuck in your vehicle and have eagle-eyed wolf watchers following your every action through a scope, just in case you overstep some perceived boundary… plus, wolves are usually in transit to somewhere else!), so we are often left hoping for the Yellowstone Close Encounter… meaning at or around the park’s officially-stated limit of 100 yards.  This isn’t exactly the best for photo ops either due to the greater distance, but if you have a chance to set up your gear safely and take photos in a relaxed manner–photos where you can clearly recognize the subject as a wolf, and hey, maybe even be close enough to pick out detail such as the pupils of the eyes in your photos–then it should be deemed a success.

It had been a while since I’d had such an encounter in the park.  In 2013 I enjoyed only one, when wolf 889F–and her huge, ugly radio collar–crossed the Slough Creek road in front of myself and several other onlookers–but I’d have to go back to 2012 for a truly “great” wolf photo opportunity, and the previous great encounters could be counted on one hand.  It’s been tough sledding.

Which is why the spring of 2015 was so good.  I enjoyed multiple encounters with wolves in the general range of 100 yards or so, with each of my groups of clients (including my private tour in May, during which my client Richard was solely focused on wolves).  In fact, for three straight weeks we finished off each tour with a close wolf encounter on the final day.  During the final tour, we got the Junction Buttes mid-week.   Even during the two days I played unofficial tour guide for family members, we saw wolf 926F trot by us in the eastern Lamar. 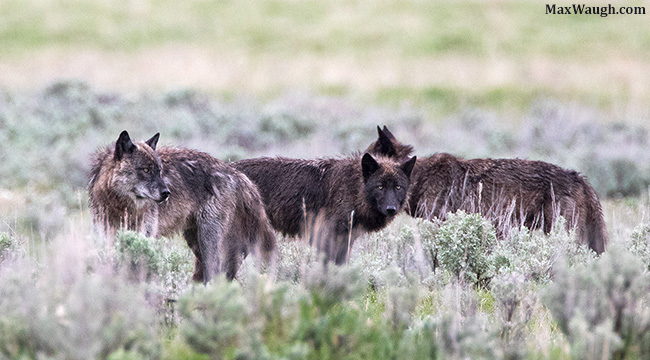 Generally it was the Lamar Canyon Pack providing most of the highlights.  Alpha male Twin and alpha female 926F were usually involved in one capacity or another.  It’s not surprising that they’re more comfortable around the road than the rest of the pack.  During one of my tours, 926 crossed the Footbridge and walked across the road within about 40-50 yards of a rather large crowd.  During my private tour with Richard, we had a chance to photograph the entire pack (at that time six members) together, the first time I’ve ever been able to photograph more than two or three wolves together at a time.  Later, a few of the wolves crossed the road and onlookers were allowed to stand within about 80 yards of them for a brief period, all under the supervision of official park personnel. 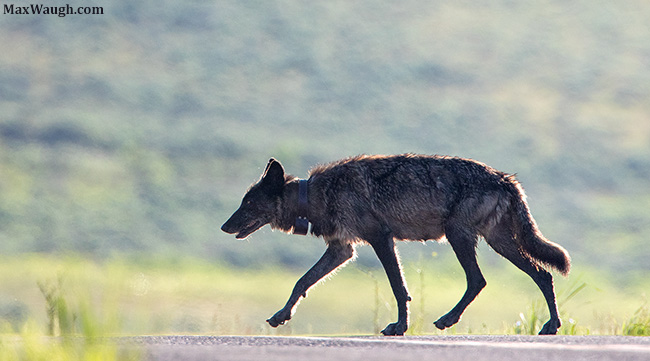 I always warn my clients not to expect much when it comes to photo ops with Yellowstone’s wolves, but this year they really delivered.

#1: Black Bear Sow with Cinnamon Cubs of the Year

This was the unquestioned highlight of spring for me.  There were so many nice moments and photo opportunities provided by this very tolerant mother and her adorable cinnamon cubs that by the end of the trip I could safely say it was my Best Bear Trip Ever.  Over the course of six weeks, these bears were usually found somewhere between western Little America, the Yellowstone Picnic Area and Junction Butte.  It was simply a matter of when and where they may show up, and I was lucky to be on hand several times.  I’ll let the pictures do the talking. 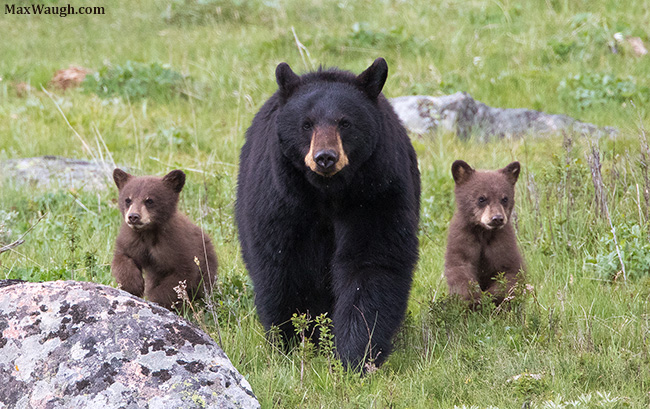 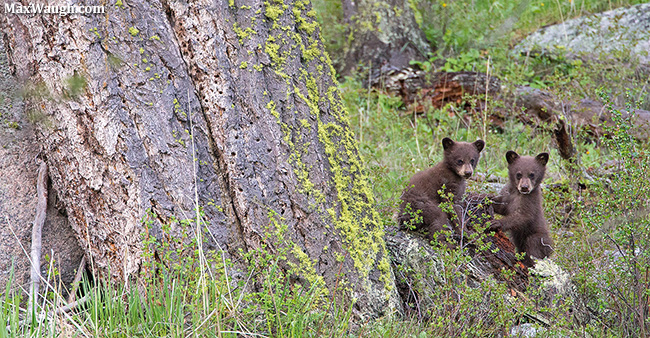 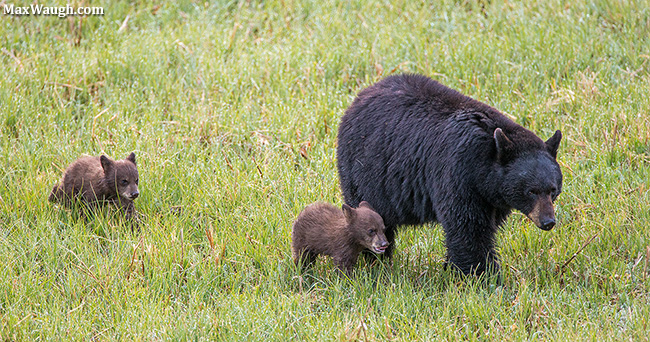 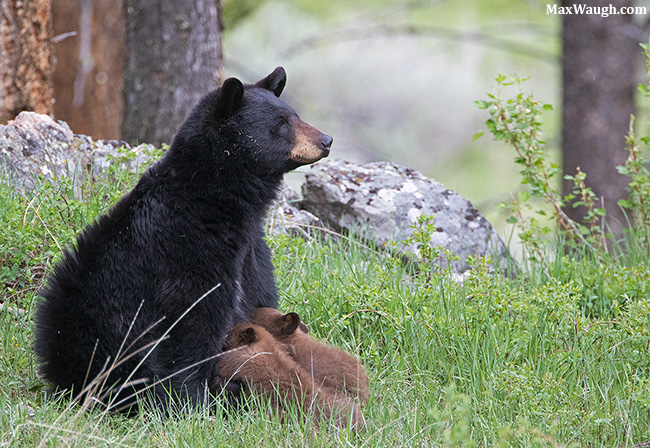 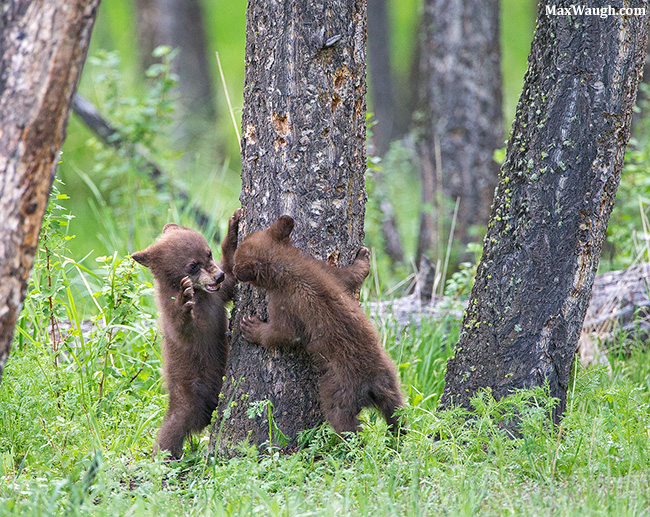 This, of course, is just a small sample of the photos I came away with.  To see much more from this lovely bear family, be sure to check out my Yellowstone Spring 2015 Bears gallery.

And remember, you can view all of my other spring 2015 Yellowstone photos (and order prints of any of them) in these additional galleries: