Today’s game against the Utah State Aggies is my last Husky game for a month or so.  It was overcast and a little breezy when I arrived at the stadium today.  With no rain, the conditions for photography were just about perfect.

The Huskies prevailed over Utah State 31-17.  Though they had trouble finding a running game, Jake Browning threw for 368 yards and three scores, and the defense held veteran Aggie quarterback Chuckie Keeton in check most of the day.  On to the photos.  Remember, you can see the full gallery in the archive. 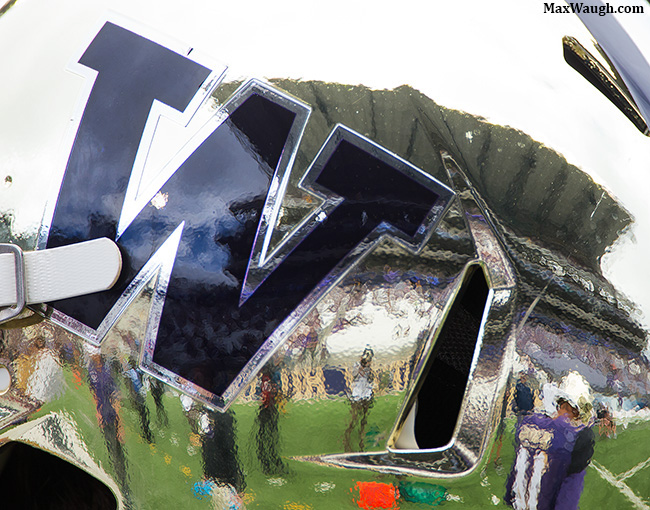 Husky Stadium is reflected in the Husky “chrome” helmet. 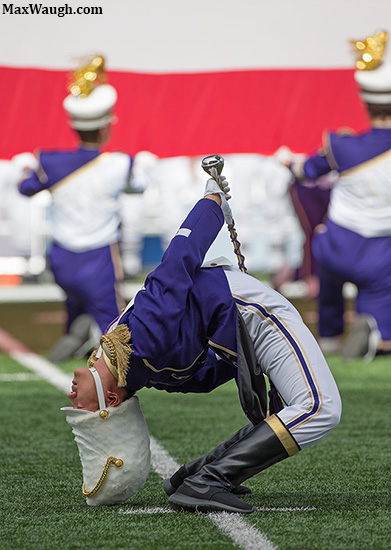 Drum major Brian Huynh performs the traditional back bend during the national anthem. 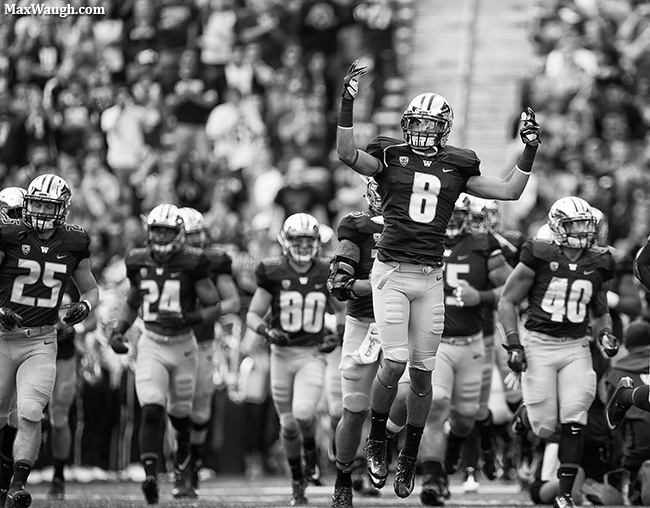 Dante Pettis (8) and the Huskies enter the stadium. 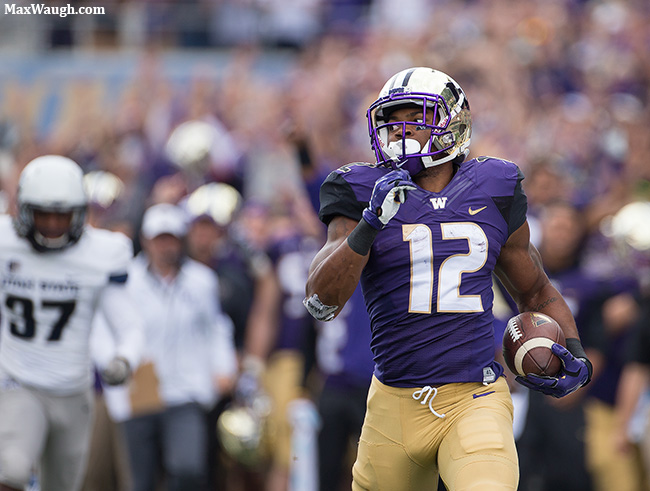 Dwayne Washington runs for an 81 yard touchdown on a pass from Jake Browning in the second quarter. 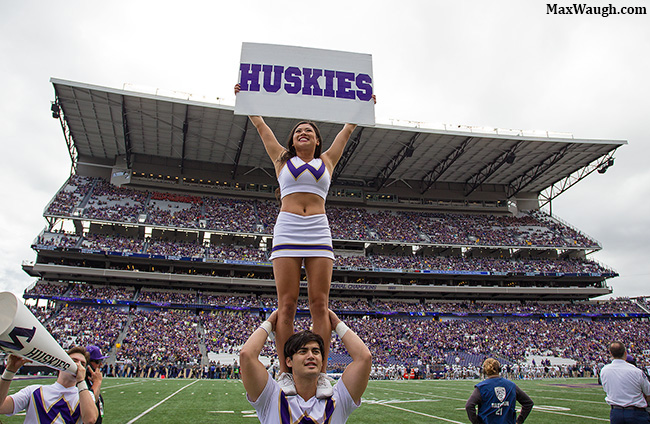 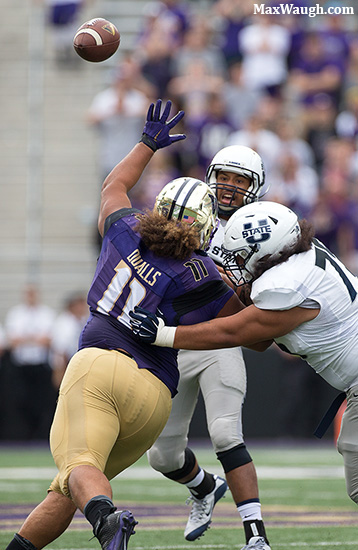 Chuckie Keeton fires a pass while being pressured by Elijah Qualls. 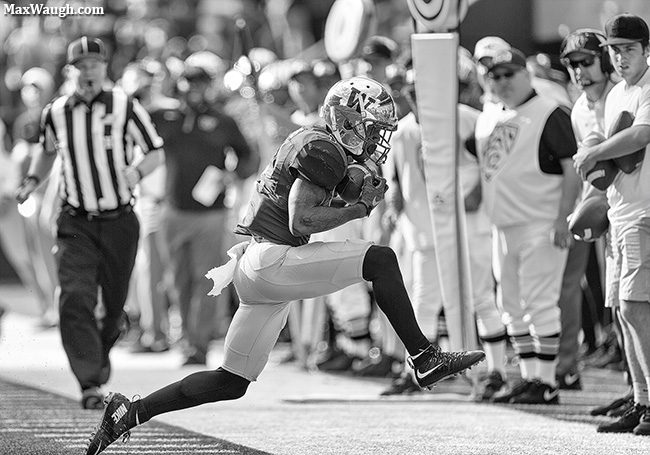 Jaydon Mickens drags his feet along the sidelines for a completion. 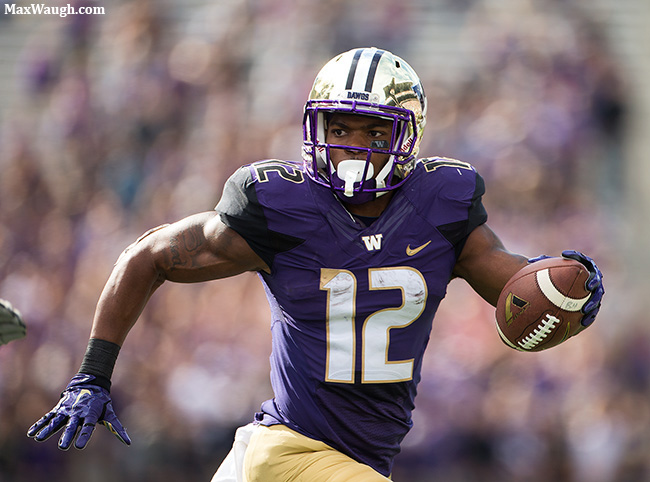 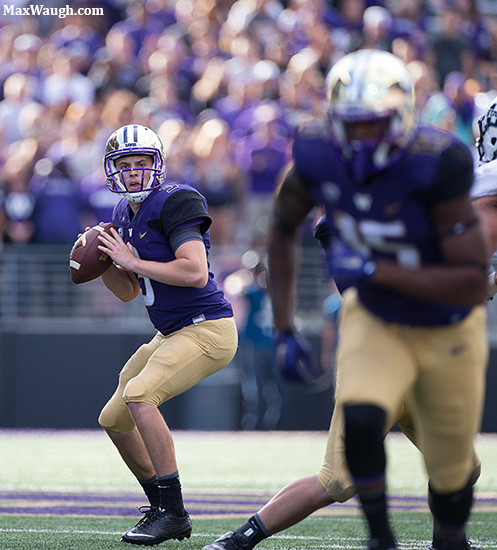 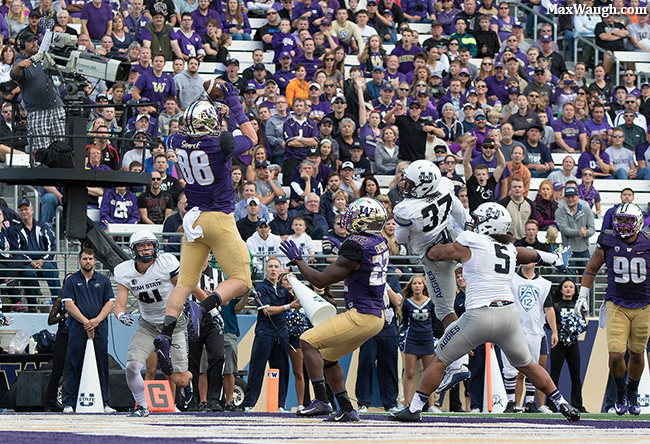 Drew Sample rises to catch a touchdown on a busted play in the third quarter. 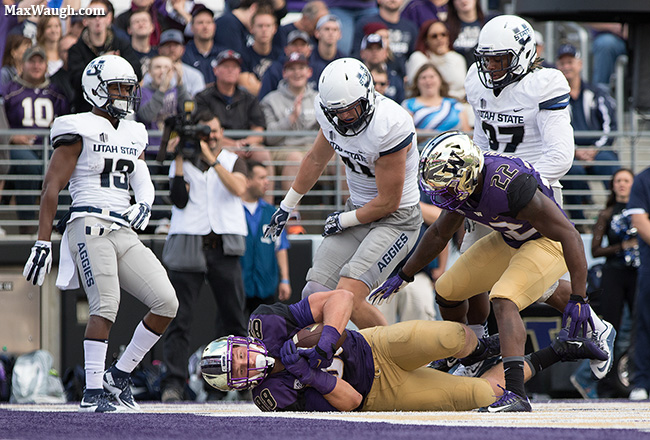 Drew Sample cradles the ball after falling to the ground in the end zone. 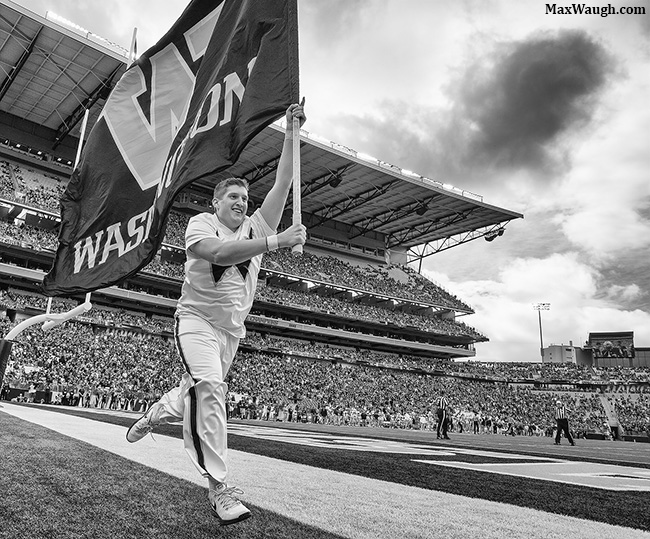 The big flag comes out after another Washington touchdown. 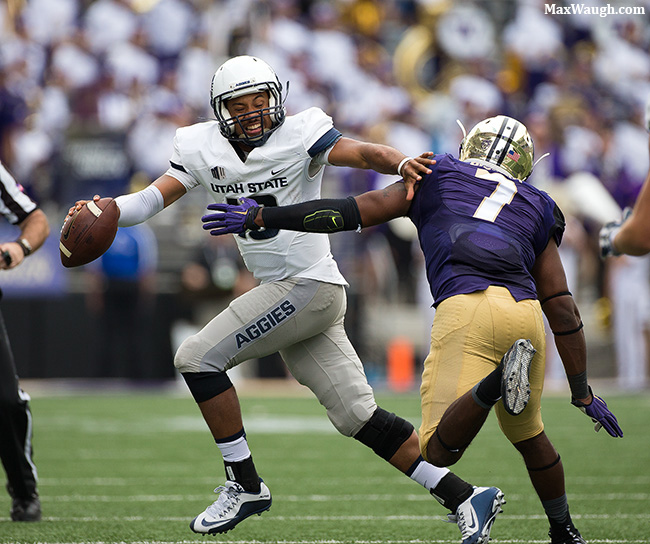 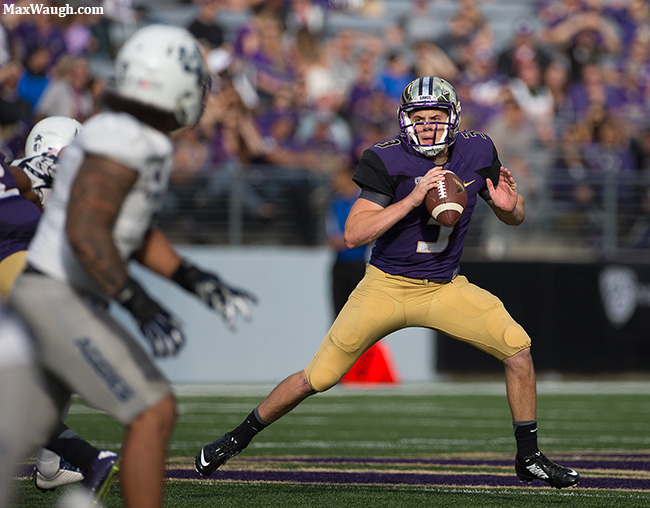 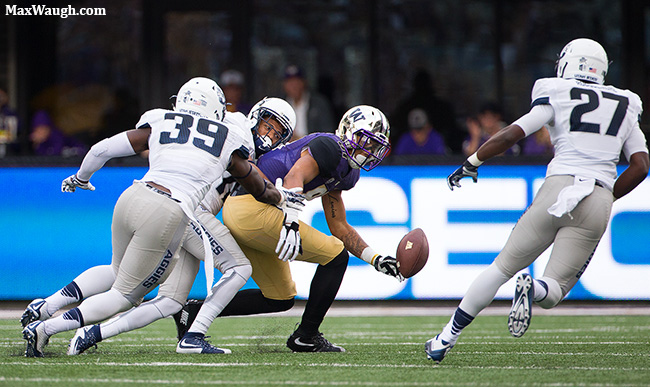 Brayden Lenius coughs up the ball in the fourth quarter. 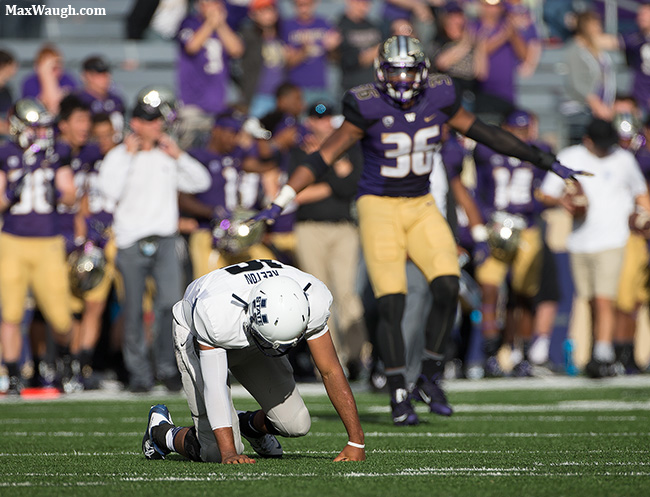 You can view a few additional photos from today’s win in the archive.