We’re in the Tetons, so we need to start with a sunrise shoot.  Since we missed the peak color at Oxbow, we opted for what we thought might be the next-best thing (and the one thing our clients really wanted to shoot): Mormon Row.  Too bad the newly-restored barn has a bright shiny roof and the other popular barn had an outhouse in front and tools scattered on the roof.  So even though we got our morning light, it was a bit disappointing.

Thankfully, we did have some moose action to round out the morning.  On the Moose-Wilson Road, five moose were found in a short stretch, including four that stuck very close together.  A large bull was stalking a cow, which had a calf, and a much younger bull hung out as well.  The big guy tolerated the younger fellow, but the cow took charge and chased the youngster off a few times.  It was nice to have an extended wildlife shoot again.

After a midday break, we went north in the afternoon and had some fun experimenting with long exposures in a grove of aspens outside of the park. 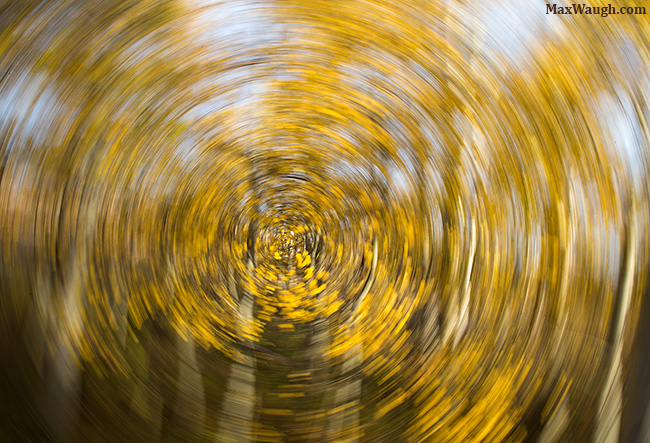 Afterward we checked Oxbow and Cattleman’s for signs of life (nada), before heading for home.  On the way, we encountered a number of bull elk with harems in the fading light.

Best day of the trip, hands down.  We finally got a day with lots of different subjects to photograph and see.  Even if the photo ops aren’t always great, active days are a lot of fun.

We started at Schwabacher Landing, hoping for sunrise but knowing the diminishing weather may work against us.  Though it was dry and the mountains were in view, clouds on the horizon blocked any chance of a real sunrise.  We took our shots nonetheless (as a muskrat swam in the river below), and hit the road.

Along the way north we had a nice view at medium range of a good sized pronghorn buck as he kept an eye on his harem.  At one point a much younger male chased a lone doe before the big guy finally stepped in and chased him away.

We visited Oxbow Bend to finally get a few shots.  Far too late for sunrise, but there’s enough color left in a lot of the trees to make for pleasant photos in the soft overcast light.  While there we had a surprise… otters!  A trio of them caught and ate a fish on the far bank before swimming off.  Too far for decent shots, but a real treat for me.  The otter was the last “major” animal I had to check off my tour sightings list.  To date, I had not seen a single otter with clients.  Now to get a better photo op…

We did check Cattleman’s to see if the otters would make their way down there.  No dice, but we did luck into a foursome of elk splashing through the river hurriedly. 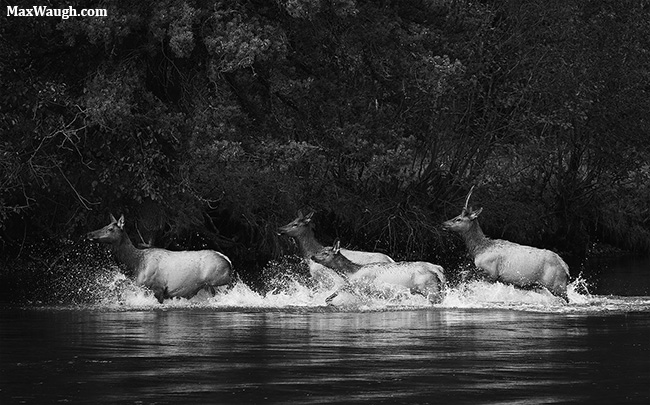 From Oxbow we went up Pacific Creek Road, currently undergoing road construction and virtually devoid of wildlife beyond a Cooper’s (or perhaps Sharp-Shinned) hawk.  There is some very nice color back there.  We stopped to photograph a large stand of gold aspens.

Back in the park again for a lunch break, after which we checked Cattleman’s again in case the otters had decided to reappear.  They hadn’t, but we did have two nice sightings.  Half the group was spending time with a very cooperative red-naped sapsucker (a species I had yet to photograph successfully) while the other watched an eagle swoop in and catch a trout. 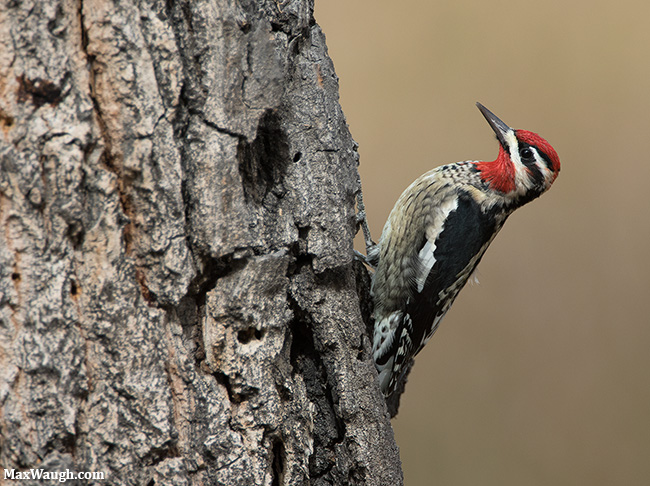 On Signal Mountain Road, a red squirrel put on a show by eating a mushroom for us.  Yes, that qualifies as a cool sighting.

The action wasn’t quite over.  We went south to follow up on a fox sighting Zack had a couple weeks ago.  Wouldn’t you know it, we enjoyed a brief encounter with a red fox and a cross fox within about a half mile of each other.  A great way to end a busy day!