Several years ago, I joined Flickr in an attempt to promote my work.  I was very active on the site for some time, posting a new photo nearly every day in hopes of expanding my audience and perhaps generating sales.  The latter didn’t really work out.  I don’t find Flickr to be a great marketing tool, but it does still get my images out there in front of a different audience, people that may not follow this blog, or my posts on Facebook.

Nearly five years ago I was the Featured Photographer in the The World Through My Eyes Flickr group.  This honor typically involved sharing the stories behind a couple of favorite images and answering some standard questions.  I thought it would be appropriate to repost the interview here, both to provide some info you may not know about me, and also to look back and see what may have changed since 2011.  I’ve added some new commentary in response to some of my answers below.

Thanks again to TWTME admin Jill Ferry for selecting me for this interview.

TWTME: I asked Max to choose two of his favourite photos. 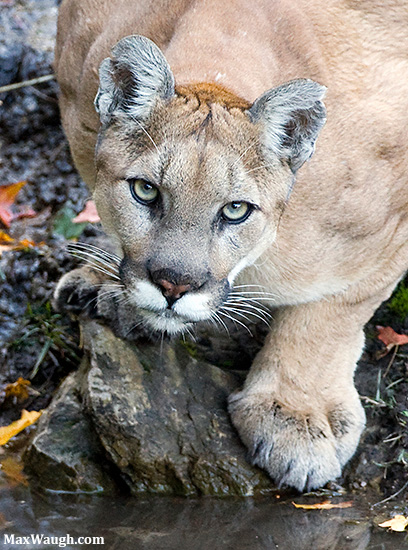 Max: A lot of my favorite photo encounters seem to feature wild cats. They are obviously photogenic subjects and, in the case of most species in the western hemisphere, are extremely elusive. So this was something of dream encounter. On one of my autumn trips I set aside two days to sit in a tree up in Utah’s Wasatch Mountains, hoping for some sort of wildlife to show up at the natural spring below. On the first evening this mountain lion appeared just after sundown and spent a couple minutes slaking its thirst. 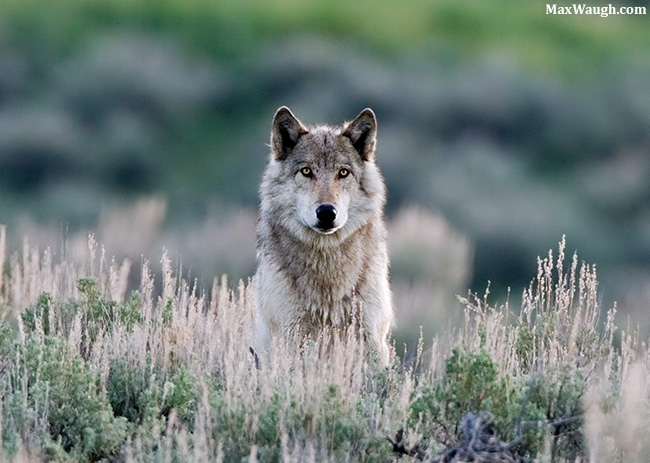 Those familiar with my stream know I spend a lot of time in Yellowstone National Park. This remains my favorite Yellowstone moment. While a crowd of 200 wolf watchers were focusing on a black wolf way out in the valley, I had a quiet moment with the pack’s alpha male, standing on the hillside directly above me. He howled and then headed down toward the road. The mob soon turned and spotted him, but I got my private moment.

2015 Note: These probably remain my favorite two photo moments.  You can see more from the mountain lion encounter in the Archive.  The wolf photo and other images from that Yellowstone trip haven’t been transferred over yet.

TWTME: How long have you been involved in photography?

About 13 years now (2015 Note: Technically since my one college photo class in 1998). I’ve been artistic since childhood, but it wasn’t until I reached the tail end of college that I had a chance to play in the darkroom and grow to love photography.

Canon prosumer bodies (7D and older), with lenses ranging from 10mm to 500mm.

2015 Note: Still Canon, now using anything from a 7DII to a 1DX… Jenn primarily uses the 7D these days.

Mac. I used both for several years, but eventually needed to streamline my software. Mac won out. I don’t miss the blue screens.

“Good art,” which can really include anything from the Oscars to the work I’ve seen on Flickr. Also, wilderness survival shows. There’s almost a childlike sense of adventure that they bring out in me… makes me want to grab my gear and head off into the jungle for a couple weeks. The opportunity to give people a glimpse of the wild world out there means a lot to me as well, and probably explains why I enjoy sharing so many photos–not just the “portfolio quality” stuff–on Flickr and my site.

Wildlife. There’s something alluring about coming face to face with a wild animal out in the middle of nowhere. It’s usually a quiet, private moment; a moment that can be shared and conveyed to others… if I don’t blow the shot. 😉

TWTME: Name one thing you haven’t caught with the camera that you REALLY want to capture.

Probably any rare wild cat would do, but a jaguar is at the top of the list (who’s up for a trip to Brazil?). Lightning is up there too. 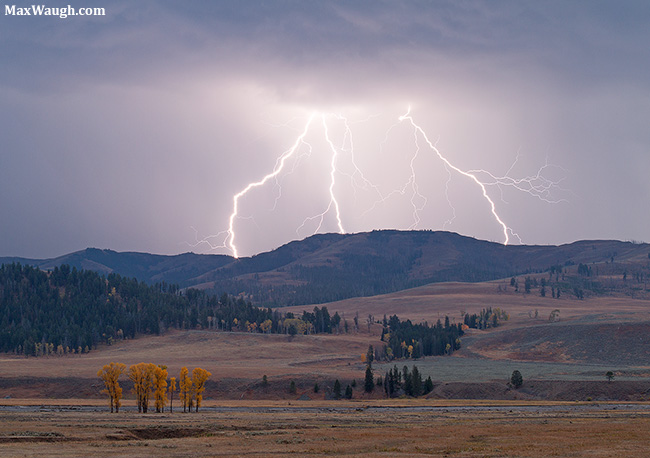 TWTME: When in doubt about your art, who do you confide in?

My questions and self-doubt relate more to the technical side of photography than the artistic side. I have a good sense of what I want to capture and present, but often times the how is the problem. In those instances I usually lean on my peers for their insights and experience with equipment and technique.

Self-taught. I actually consider post-processing to be one of my greatest weaknesses, so I’m always trying new techniques that I pick up here and there. At least there’s one aspect of my photography that is evolving!

TWTME: Plans for the future?

My career is at a bit of a crossroads at the moment. I’ve been debating whether to expand the business side of my photography. This includes potentially leading tours and workshops, an idea I find rather intimidating. I’m also working on a series of children’s picture books (featuring wildlife of course) for iPad and iPhone, the first of which was just released.

2015 Note: Obviously I decided which way I’d turn at the crossroads and haven’t looked back.  So far, so good.  I ultimately published two children’s books for iPad before I determined the creative process was too expensive and time-consuming.  I would still like to get a real “coffee table book” out at some point.

TWTME: In one word, describe your photography.

2015 Note: I’d like to think this hasn’t changed.  I continue to enjoy sharing the adventure.

Most of this interview was in the Question and Answer format, which brings me to a related topic.  I answer a lot of questions from people.  Nature enthusiasts, novice photographers, Yellowstone visitors, etc. send me queries regarding equipment, technique, travel advice, etc.  I’m more than happy to help, so if you have any questions, I encourage you to contact me any time you need help.  There are few things that annoy me more than photographers who refuse to help others (especially those who ignore your question and then add you to their mailing list… you know who you are), so I do my best to be responsive.  Because of my busy schedule, I don’t have a 100% response rate (I apologize in advance if I leave anyone in the lurch), but I try to be pretty good about this stuff.

Anyway, in addition to answering some questions in private, I will also start posting an occasional Q&A segment here on the blog.  I’ll try to feature some of the answers and information that readers may find useful.  Hopefully it will help you learn a bit more about photography, travel, wildlife and maybe even about me.