For the second week in a row, nasty weather was promised at Husky Stadium.  This time, the forecast was accurate, with steady rain falling most of the day all the way to kickoff.

I’m not sure what was sloppier, the weather or the play on the field.  Utah and Washington combined for seven turnovers, with the younger and less-experienced Huskies coughing the ball up four times and making several other mistakes.  They couldn’t overcome their errors or the Utes, falling 34-23.  Some photos from the game can be seen below.  You can see a few additional images in the archive. 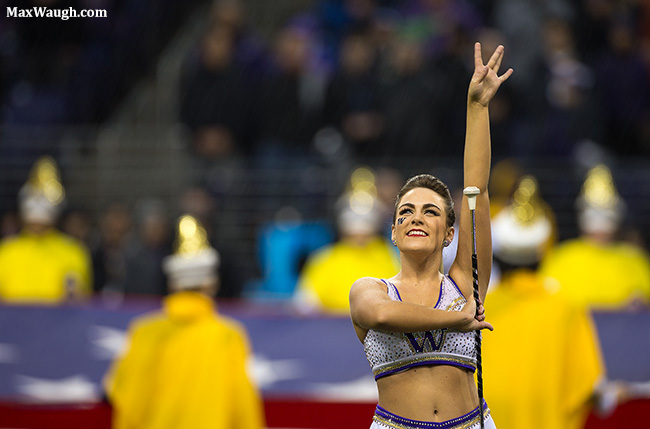 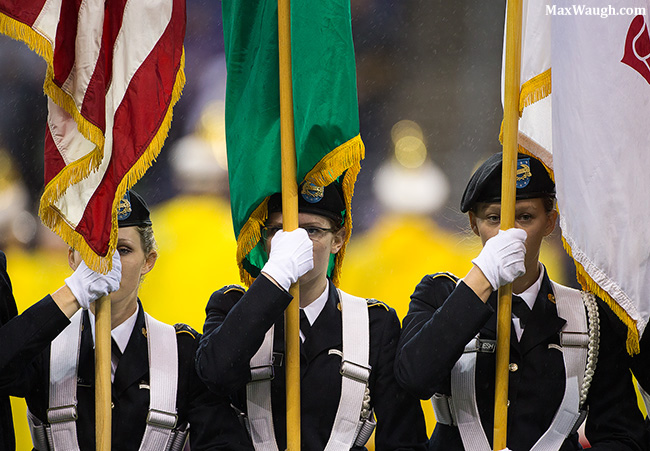 The color guard stands at attention during the national anthem. 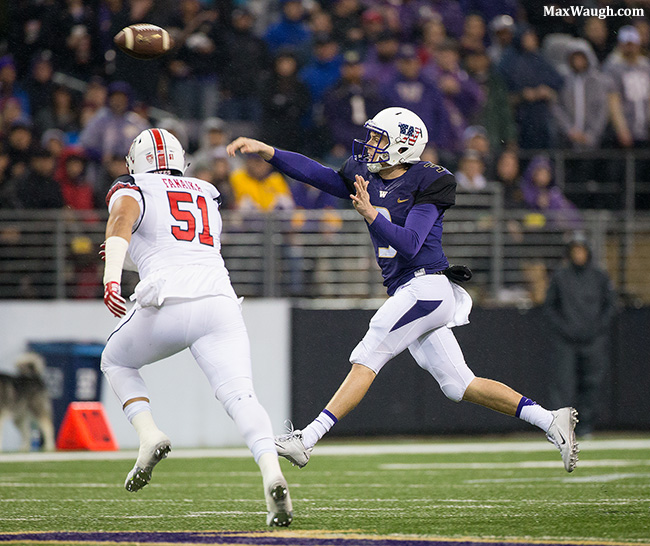 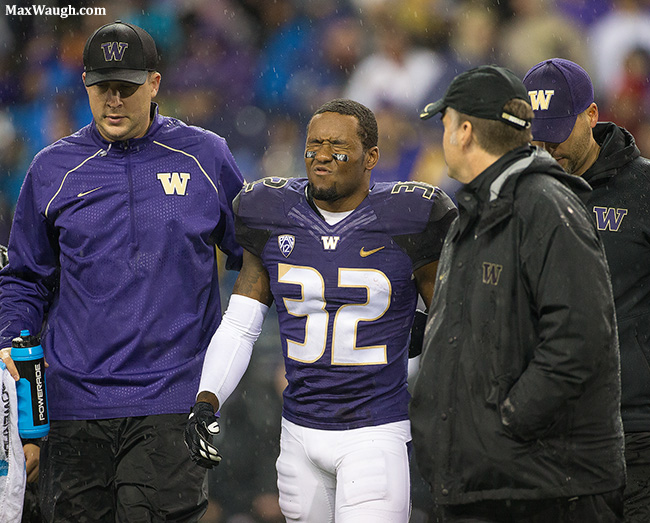 Buddy Baker winces after a hard hit knocked him out of the game. 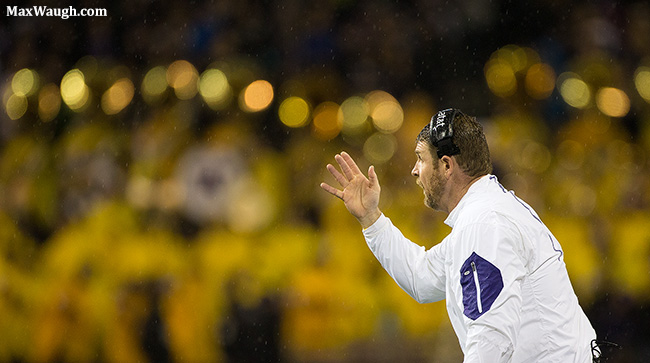 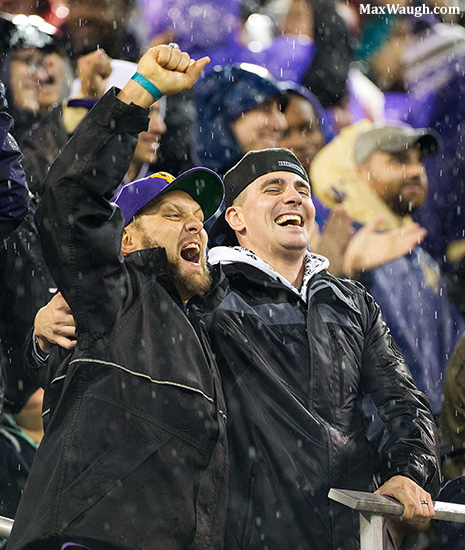 A pair of rambunctious fans celebrates a missed field goal by Utah. 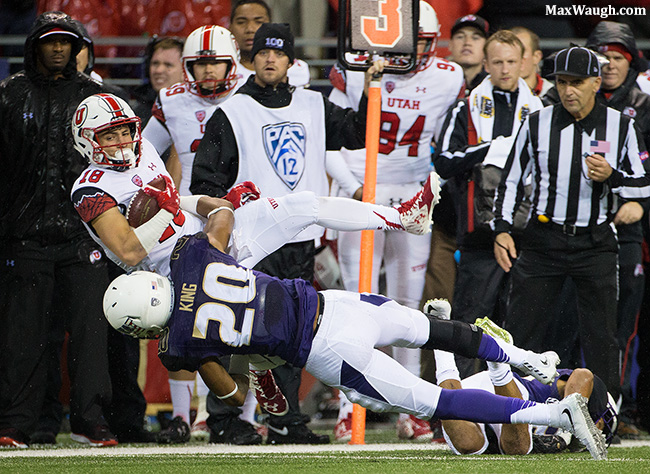 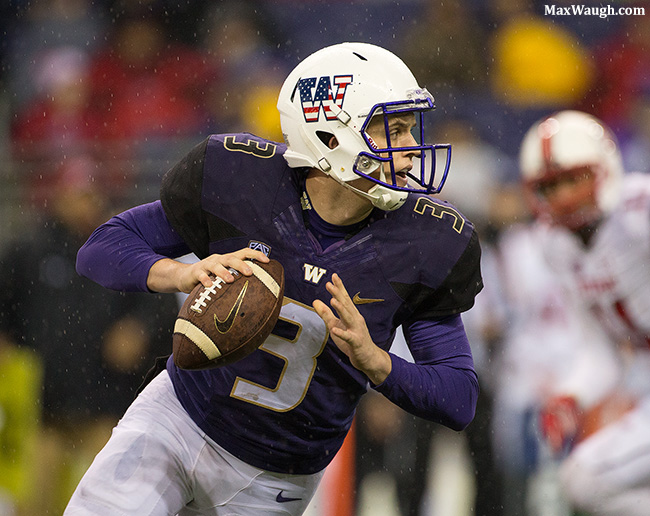 Jake Browning rolls out to pass. 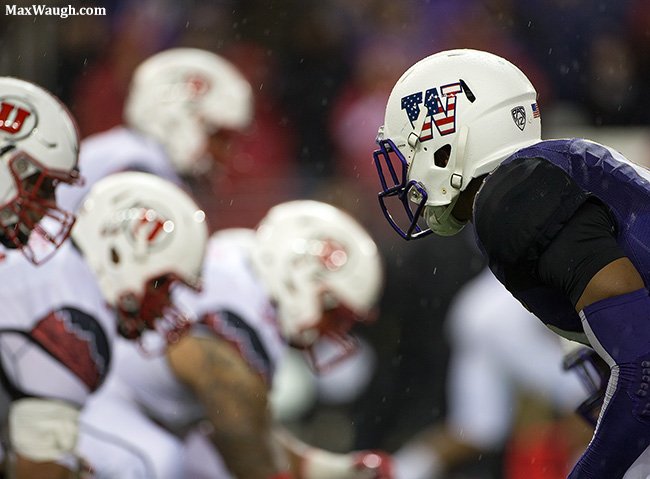 The Huskies and Utes face off in Husky Stadium. 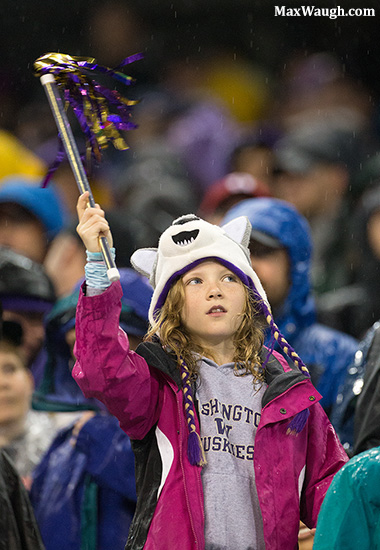 A young fan shows her spirit. 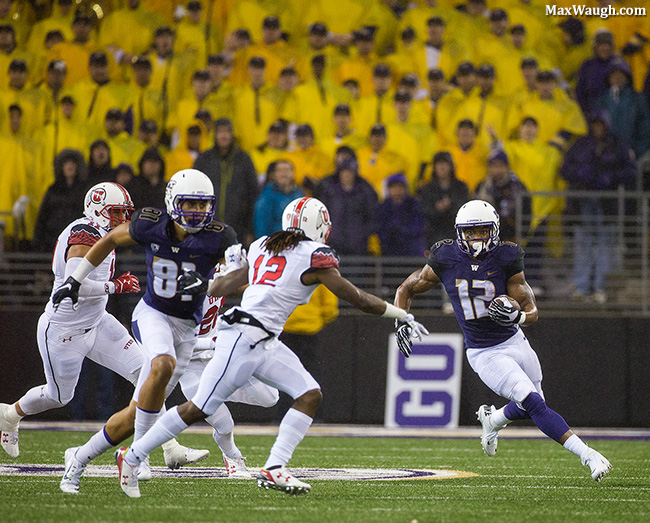 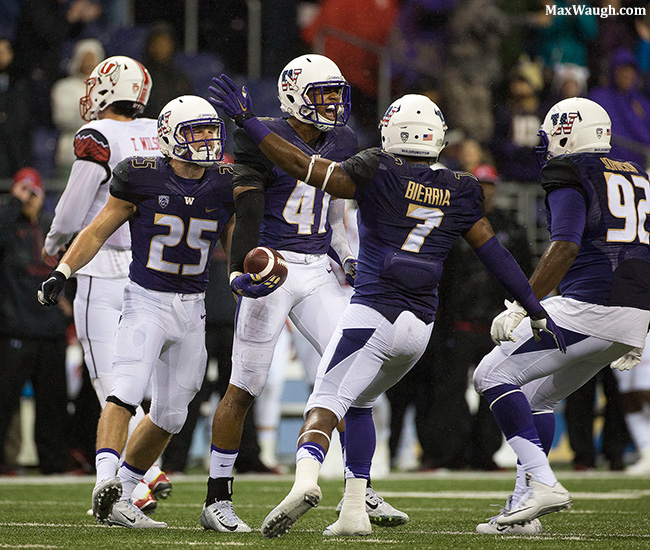 Immediately following a Dwayne Washington fumble, Travis Feeney recovered a Utah fumble to give the Huskies the ball. 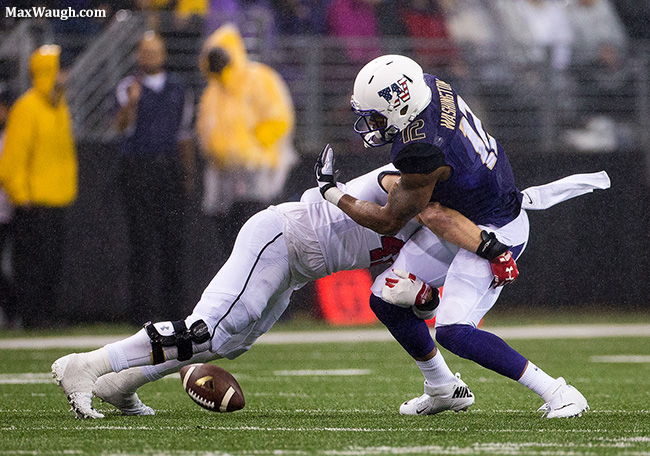 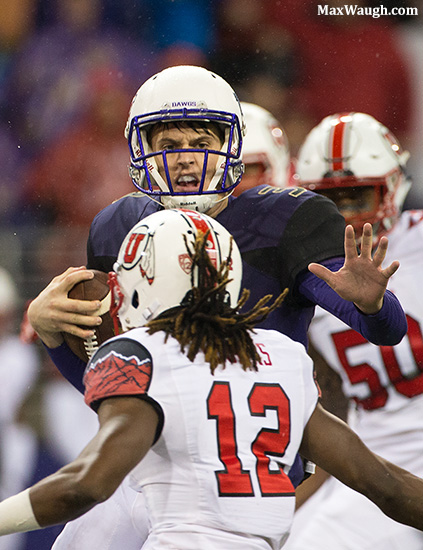 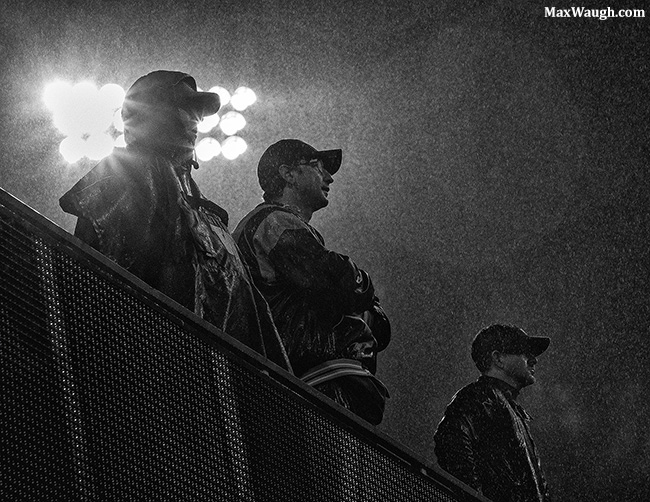 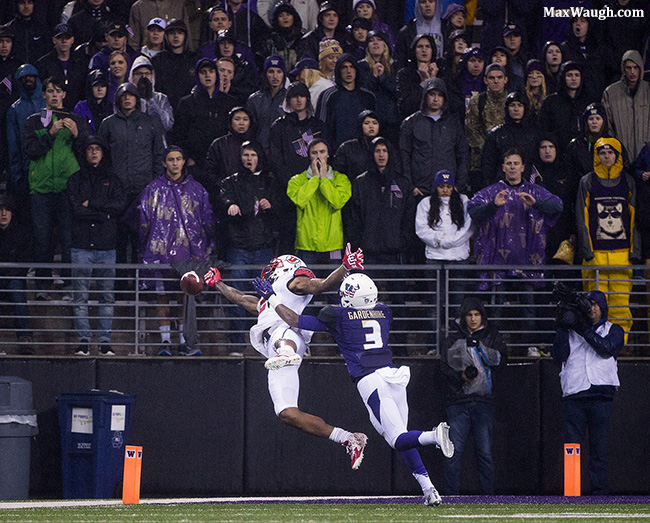 A Utah pass falls incomplete in the end zone. 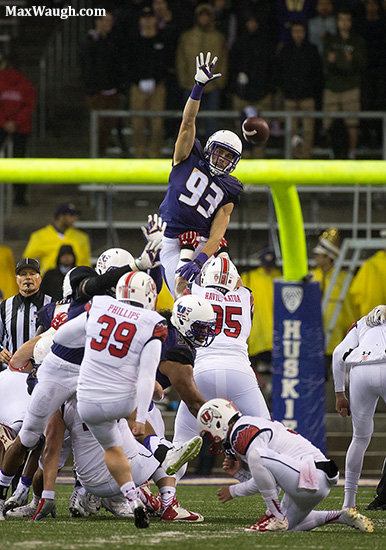 Connor Griffin leaps in a failed attempt to block a field goal. 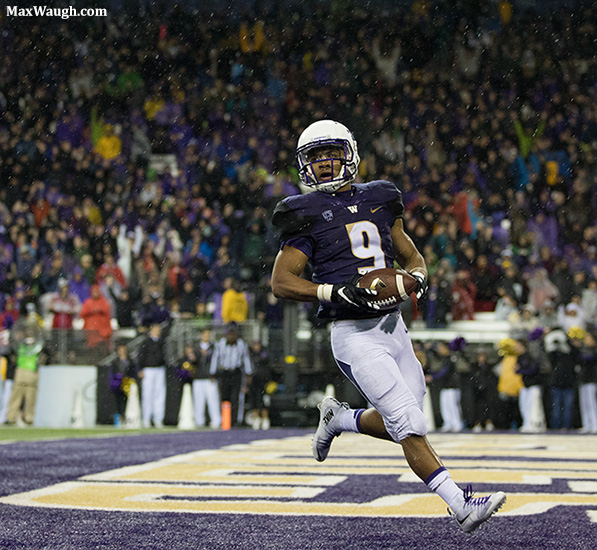 Myles Gaskin is all alone in the end zone after a ten yard scoring run. 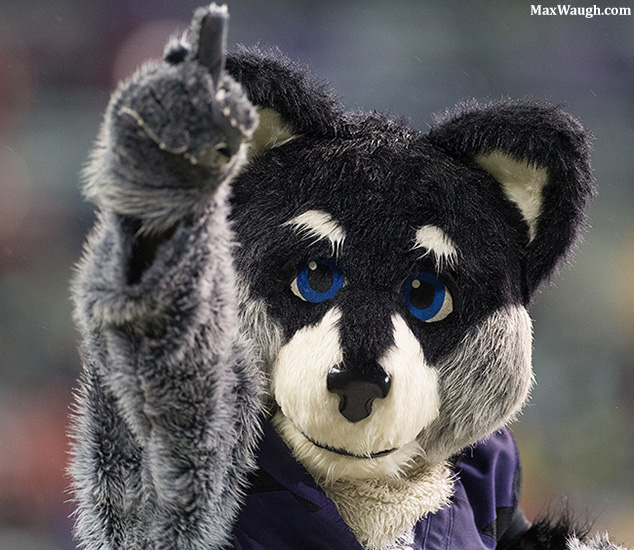 Harry the Husky points the way. 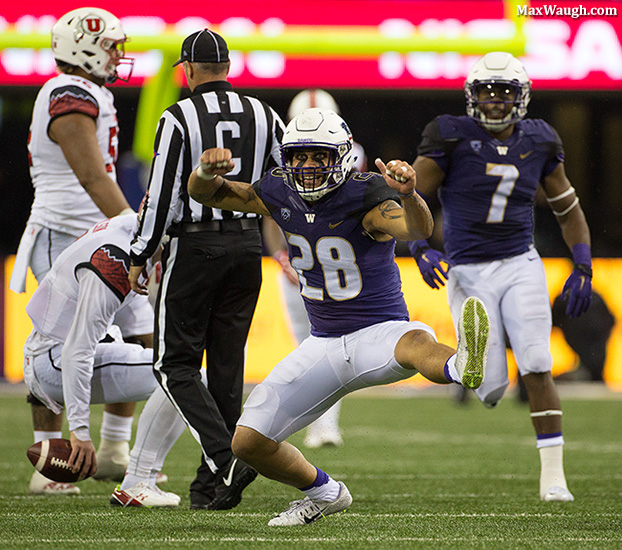 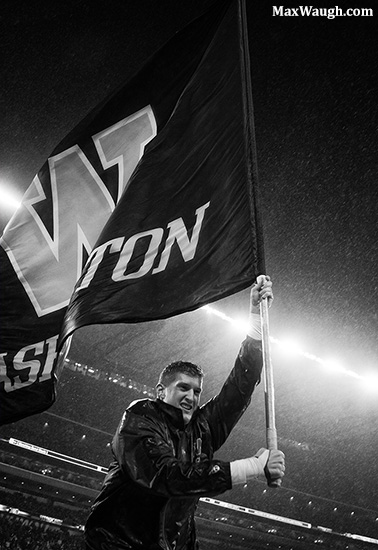 A Washington cheerleader runs the flag through the end zone following a touchdown. 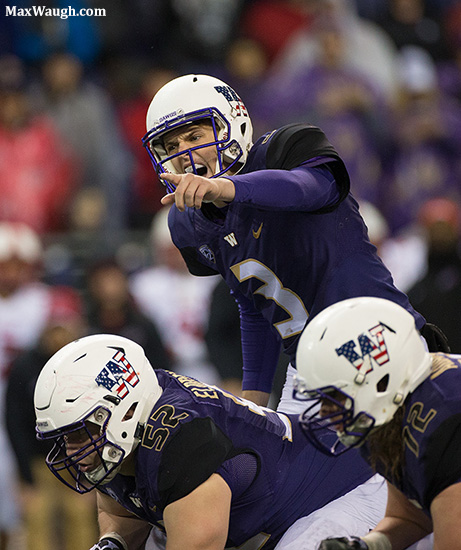 Jake Browning pretends to yell out instructions at the line before taking the quick snap and sneaking for a first down. 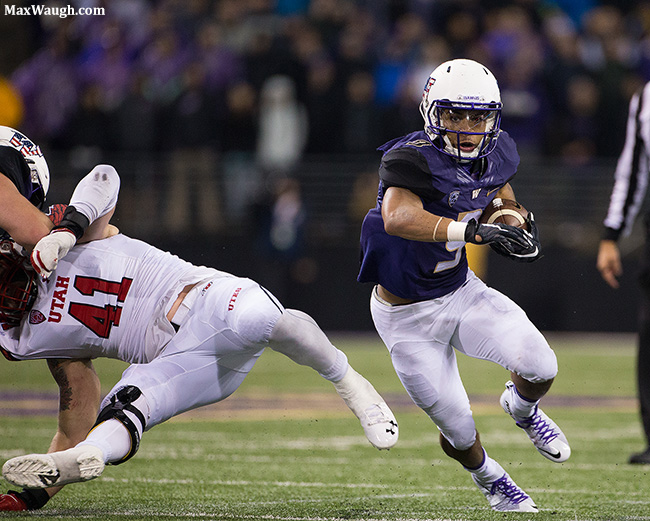 Gaskin’s second touchdown of the night was called back due to the perceived holding taking place to the left.

You can see a few additional images in the photo archive.

Dawg fans, you can order photos of Husky Stadium (in time for the holidays), including limited edition metallic and aluminum prints, right here in the archive.