2015 in Review: Sharing Top Work from My Peers

Over the years I’ve built up a network of friends and acquaintances in the photography community.  Many are fellow nature photographers, some are primarily sports photographers, several (but not all) I’ve met in person… but all produce a broad range of excellent work each year.  Last year on my Facebook page I shared a list of links to many of my peers’ “Best of the Year” galleries.  This year, I’m expanding this to the blog so that more folks can get a chance to familiarize themselves with the work of new photographers.

Many of the photographers I reached out to were kind enough to send me one of their favorite photos to share here along with a description of what went into creating the image.  I hope you’ll take time to click on all of the links below to see everyone’s Best of 2015 galleries.  My own list of favorites from the past year is coming next week.

Zack is a landscape and wildlife photographer based in Montana.  We became friends when he moved closer to Yellowstone, and now we occasionally partner on tours in and around the park.  Zack’s prides himself on his beautiful landscape and “environmental wildlife” photos which capture the best of North American nature. 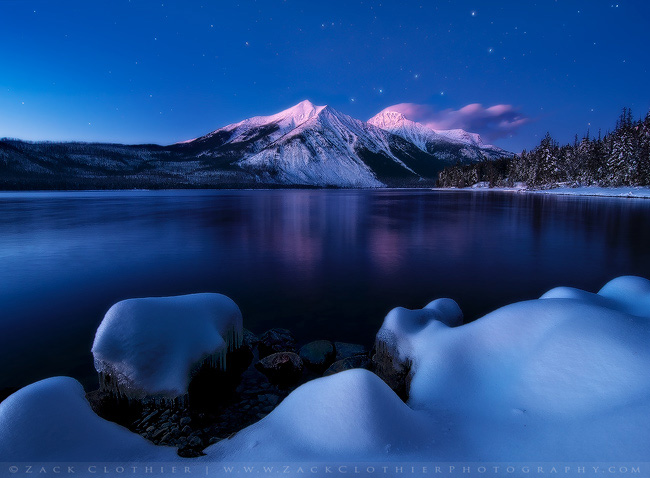 About the photo: “The Big Dipper shines brightly above the snow-capped peaks surrounding Lake McDonald, on a cold winter’s night in Glacier National Park.” 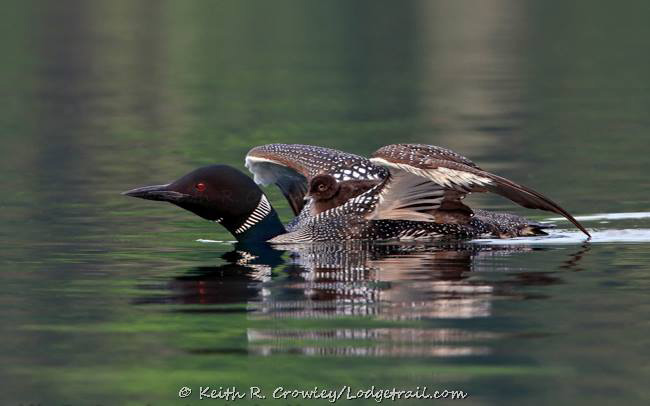 About the photo: “This Common loon is just stretching its wings. But it looks like she’s getting ready to take off with her chick on her back. In fact, at the end of this stretch the little chick was unceremoniously dumped off her back, but it climbed right back on to continue the ride. I took a lot of baby loon photos this year, but this one is by far my favorite! The Latin name for Common loons is Gavia immer, which is a wonderful taxonomic designation. It sounds like poetry to me and fits the birds so well.”

Morkel is one of South Africa’s leading wildlife photographers, whom I met via the Nature Photographers Network website.  Morkel is constantly producing outstanding work from hot spots such as Mana Pools, the Masai Mara and Kgalagadi Transfrontier Park, a place he provided invaluable guidance for prior to my 2012 visit.  Morkel’s built up a following of nearly 250,000+ people on his Facebook page. 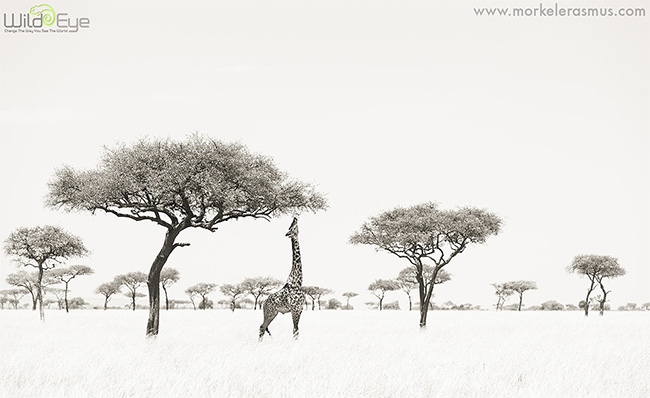 About the photo: “This scene happened in my mind’s eye at least 15 minutes before the shutter tripped. I saw the giraffe ambling along to our right, noticed the iconic scenery with Balanite trees on our left, and instructed our Wild Eye East Africa guide to cut the engine of our Land Cruiser and wait. I told my guests what I thought would happen and what kinds of images I was hoping they could achieve – and it played out exactly like I planned. This is the wide open space of the Mara Triangle, folks!”

Jess is one of Canada’s (and perhaps the world’s) leading young photographers.  He’s a multiple award winner in some of world’s top photo competitions, and continues to find innovative ways to capture nature both at home and abroad. 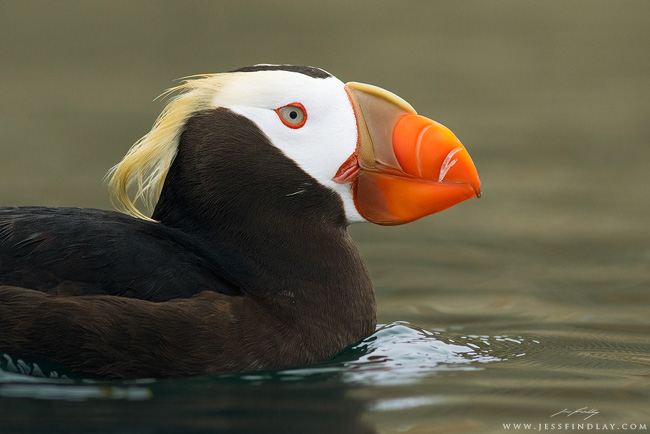 About the photo: This closeup photograph of a Tufted Puffin was taken from a kayak in the Strait of Juan de Fuca – the water which separates British Columbia’s Vancouver Island and Washington’s Olympic Peninsula. Very small remnant breeding populations are still holding on isolated islands in this region. During this shoot, young Harbour Seals became very interested in my friend’s and my kayaks, even nibbling on the rudders at times.

Steve is yet another one of my peers that spends a lot of time in Yellowstone.  Based in West Yellowstone, he manages to get into the park most of the year and comes up with some wonderful images and great encounters (particularly when it comes to close wolf sightings).  Steve’s work can be found in park stores and his first book, Yellowstone Forever, is now on sale. 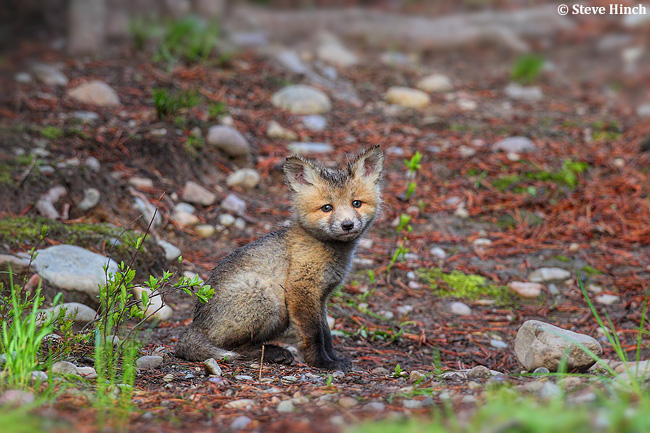 About the photo: “Many people who know my love for animals also know that fox are near the top of that list.  So when a friend called and told me about a fox den, I went to check it out.  Why this photo is one of my favorites:  This is probably the youngest fox kit I’ve seen.  It still has its baby fuzz, which they’ve usually lost by the time they start coming out of the den.  And the expression is priceless.”

The Launstein family has been churning out some great wildlife photos in Canada and the northern US in recent years.  Josiah and Jenaya take after their father and have gone on to win multiple international award in youth photo categories. 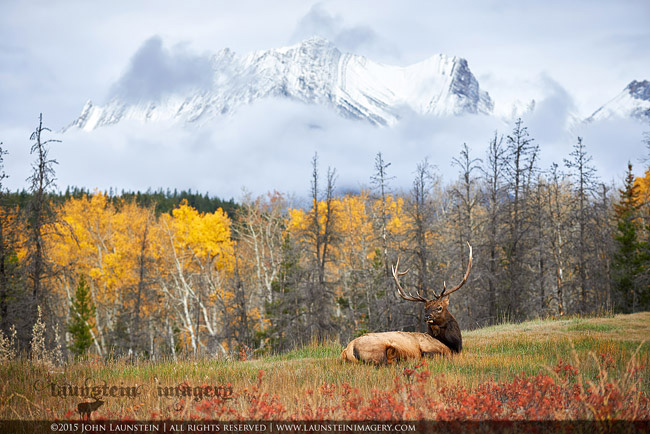 About the photo: “This fall my family and I had the privilege of photographing the annual elk rut in Jasper National Park, Alberta, Canada. We normally photograph the rut in the mountains near our home in SW Alberta, but wanted to capture some new bulls and new scenes so we packed up the gear and headed north. One of the things I was most hoping to catch was the last of the fall colours in a classic ‘Canadian Rockies’ scene, and when this bull chose to bed down in this setting, my young son, Josiah, and I nearly filled our memory cards with captures from every conceivable perspective, trading lenses and ideas while he rested. It became one of many favourite moments of 2015 for me.”

Tin Man constantly seems to produce incredible images, and he’s starting to get recognized for his talent.  He’s been an award winner in the Nature’s Best Windland Smith Rice awards and has had his work displayed at the Smithsonian.  We keep missing each other in Yellowstone, but will hopefully have a chance to meet soon. 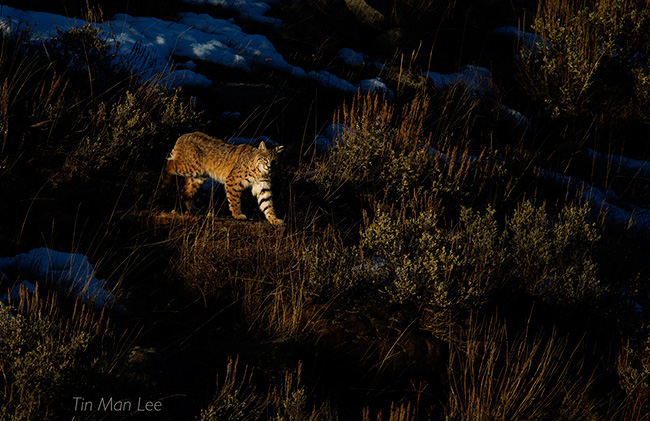 About the photo: “We spent 3 days with the bobcat in Yellowstone. One evening, the sky was clear and I knew something special would happen if we didn’t lose the bobcat from our sight. As the last ray of light shined on the beautiful landscape, the bobcat kept walking away from the sun, which was not what I envisioned in my shot. I prayed and prayed, hoping she would look back into the light. And she didn’t. At times, she would disappear in the tall grass and it took me a long time to locate her again. Finally, she emerged from darkness and stopped for a second.”

Mario is one of the outstanding photographers specializing in African wildlife.  I’ve come to know his work through NPN.  Mario’s portfolio is notable and recognizable for its bold and brilliant colors and tones.  I requested the following photo for this article, which is my favorite of his 2015 selections. 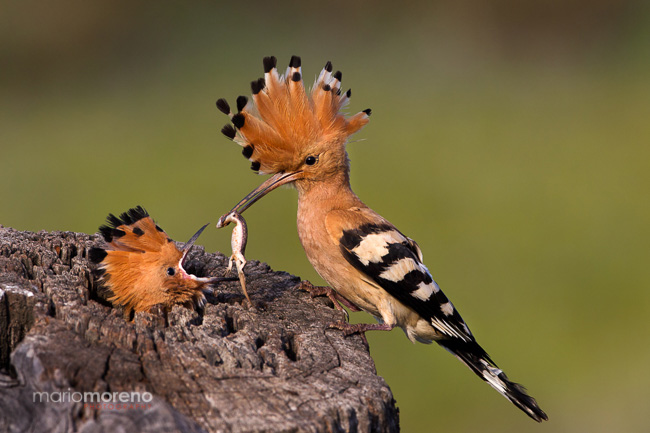 About the photo: “A Hoopoe feeds one of the young chicks nesting in an old tree stump. This image was taken in Southern Spain while exploring the local wildlife with professional Botswana based wildlife guide Javier Villegas. We used a mobile hide as without one it is impossible to get this close to birds in this part of the world.”

Ashleigh is one of the brightest young talents in the world of nature photography, a multiple international award winner despite only recently reaching her teenage years.  She specializes in North American wildlife photography, and has been spending more and more time in the Greater Yellowstone Ecosystem.  We’re bound to cross paths some day soon. 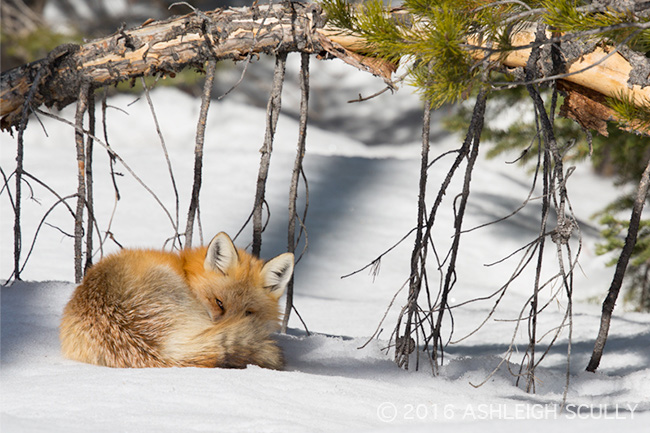 About the photo: “A Red Fox vixen naps beneath a bent pine trunk near Jackson Lake in Grand Teton National Park.”

I met Dave on the sidelines of Husky Stadium.  He’s been covering Pacific Northwest teams for some time, and is often seen anywhere between Seattle and central Oregon covering the Huskies, Seahawks, Cougars, Beavers and Ducks.  Plus, he’s a super nice guy! 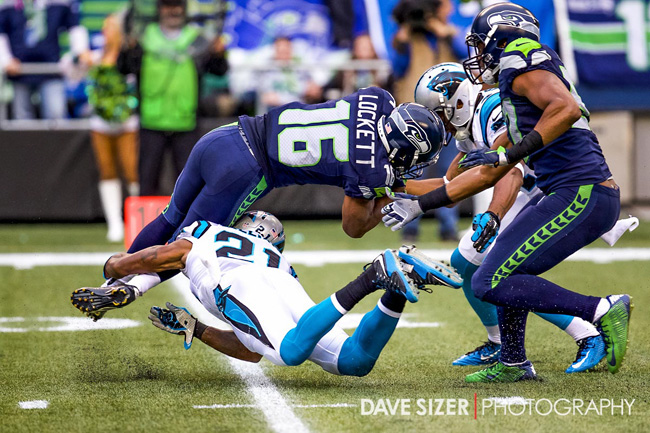 About the photo: “Seahawks rookie return specialist Tyler Lockett stretches for an extra yard as he gets uprooted by the Panthers’ Teddy Williams on a kick return.”

More Best of 2015 Collections from My Peers:

I’ve now published my own Best of 2015 selections.  You may view them here.

Best of 2015: Favorite Photos and Moments of the Year
2015 in Review: Not Quite the Best of the Year