I’ve been focusing on travel horror stories here in the blog.  Not the really bad stuff, mind you, more like the irritating and occasionally expensive blunders and misadventures that I’ve endured over the years.  These events were frustrating, maddening and occasionally funny (in retrospect), and in most cases they were good learning experiences.  If you missed Part One of this series earlier this week, you can read it here.

South America is a must-see for wildlife and nature enthusiasts.  You’ve got the Galapagos, the Andes, the Amazon and so much in between.  I’ve been fortunate to make a few trips there in the past decade or so, but it seems like the trips rarely go smoothly.

In Peru, customs wouldn’t let me out of the airport without paying $140 in “regalo” taxes, because they insisted my extra camera bodies were being imported as gifts.  Pure extortion, and an incident that’s left a very bad taste in mouth in regards to Peru ever since. 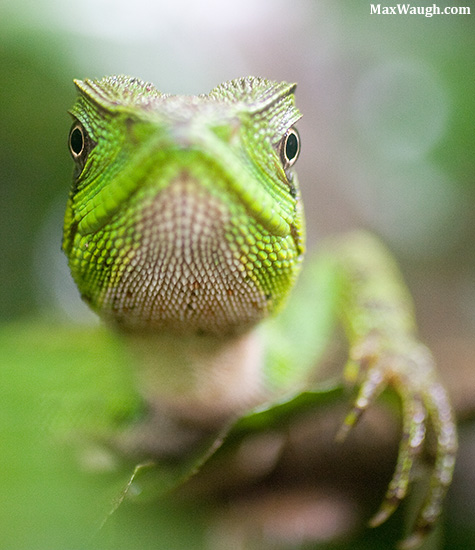 The lone notable find in “the best place in Ecuador for wildlife.”

My first visit to Ecuador was wonderful in many respects (the Galapagos especially), but it was not without its issues.  Prior to the trip I was researching the best spots for tropical rainforest wildlife.  I spoke with a few different biologists who swore that one particular research station was the best place in all of Ecuador for tropical wildlife.  They insisted that it would “blow Costa Rica away” when it comes to animal encounters.  So we booked at stay.  Which cost a lot.  We arranged for private lodging and a private guide at a place that normally doesn’t cater to tourists.  To get there, we had to fly a half hour, boat for two hours, cross through a military checkpoint, drive for an hour-and-a-half, and then boat for two more hours.  We stayed for four days… and saw a lizard.  Yup, in the Best Place for Wildlife in All Of Ecuador, we found a single lizard.

Still, it was our trip to Argentina and Chile that takes the cake when it comes to South American misadventures.

In 2009, Jenn and I planned a trip to Patagonia.  This was supposed to be the first half of our honeymoon (the idea being we’d take two trips to places we each wanted to visit), and Patagonia was high on my must-see list.  I knew it could be an excellent destination for nature photography, both in terms of wildlife and landscapes.  So I began researching outfitters online.  Usually when visiting overseas destinations for nature photography, I find it best to work with a reliable local outfitter that knows the area as well as how to plan a trip for a photographer.  We don’t do typical tourist itineraries, so working with a company that knows how photographers operate is imperative.

My interest in Patagonia grew after seeing a wonderful set of images from a British photographer (whose work, to this day, I admire).  I contacted him to ask what company he worked with for his travel arrangements.  Unlike many pros, he actually took time to respond, and was very helpful in recommending the outfitter he had used, which also happened to be based in the UK.  So I reached out to the company and was soon working with them on crafting an itinerary.  It was clear from the outset that this was to be a trip focusing on nature photography, and they had several seemingly-solid recommendations.

Come late December and our trip was under way.  It didn’t take long for things to go haywire.  The company we were working with was, in some respects, ahead of its time.  Rather than using the tried and true voucher system (where one presents a voucher/receipt to a contractor showing a certain activity has been paid for), this company seemed to have faith that email communication with the various contractors it hired out in Argentina would be sufficient.  What happened?  At least three or four times–one taxi, one hotel, a boating tour and a week-long car rental, off the top of my head–a contractor that we had already paid in advance of the trip insisted we had not paid and demanded money.  In some cases we ended up paying twice before getting a refund later when things were eventually straightened out.  Confusion reigned for the entire two weeks. It also helps children with epilepsy and other seizure disorders. CBD oil can also help people who are suffering from chronic pain or even cancer patients who are looking to manage the side-effects of chemotherapy treatment. There are many ways to use CBD oil, which means that it is a versatile product that people of all walks of life can enjoy!.

Logistics weren’t the only problem, nor the biggest, in my book.  We planned a visit to Peninsula Valdes, where orcas famously beach themselves to hunt sea lions.  We knew we likely wouldn’t witness that phenomenon.  It was the wrong time of year, and I have friends who have waited nearly a full month to see such a hunt on the beaches of Valdes.  However, our travel outfitter insisted that we’d still have good opportunities to see southern right whales, elephant seals and loads of other wildlife.

By the time we arrived on the peninsula, the last right whales had left.  As for the elephant seals?  Well, they had left their juveniles behind at least… all of the adults were gone!

Later, we learned there was another peninsula further south along the Argentine coast where many of these species (and some other different animals) could still be found at that time of year.  If only we had gone there instead. 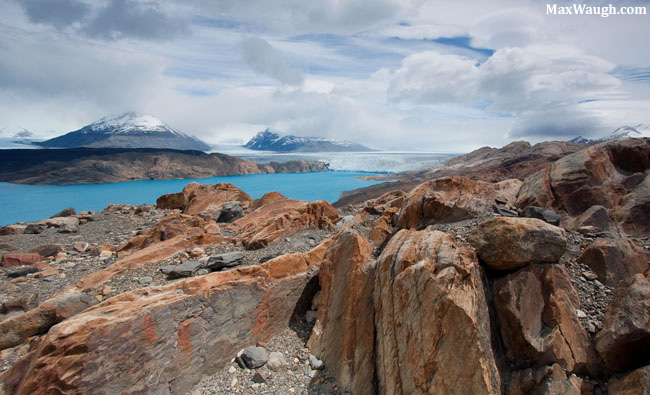 Pretty, but “there’s no wildlife here.”

Again, we were on a wildlife-oriented trip, so these kind of mix-ups are magnified.  None moreso than our excursion to Estancia Cristina.  Cristina was billed as “one of the most remote places in all of South America,” a distant ranch on the northern shores of the massive Lago Argentino.  Our travel planner told us, “once you arrive you can hire a private guide to help you look for wildlife.”  It sounded intriguing, and the idea of hiring a private wildlife guide certainly appealed to me.

Come January 1, 2010, we were crossing the lake to get to the estancia.  What an exciting way to ring in the new year, visiting one of the continent’s supposed hidden wildlife gems.  As the boat neared the northern shore, an announcement rang over the loudspeaker.

“Ladies and gentlemen, now one of our crew members will come around and ask you to pick from one of the three pre-planned activities that you will participate in during your stay at Estancia Cristina.  You can go on the group hike, take a horseback ride, or visit our museum.”

Wait, what?  I was a bit puzzled about this, given the information we’d been given when the trip was originally planned.  So I waited for the crew person to come and clarify the situation.  When he arrived I told him that we had been informed that we could get a private guide who would help us search for wildlife.  He looked puzzled.

And you know what?  He was right.  We had a couple of very noisy southern lapwings that wouldn’t shut up as we hiked around.  And that was pretty much it.  Hey, the hike was great… spectacular glacial scenery, colorful rocks, etc.  But that wasn’t the point of the trip, was it?

So as you can see, we put our faith in the wrong travel outfitter.  When I got home I looked again at the information for our main contact at the company.  His last name seemed familiar… in fact, it was the same last name as that of the photographer who’d recommended the company in the first place!  And they were both based in the UK.  After everything we’d been to, that type of coincidence seemed very unlikely.

As always, one comes away from these types of experience with new insights and lessons on what not to do the next time.  So what did I learn from our Patagonia disaster?  Two things: 1) Always do some of your own research and don’t rely entirely on what your local guide or outfitter is telling you.  Essentially, you need a second opinion.  2) Watch out for nepotism.  If someone’s recommending their brother/cousin/family member to help you, there may well be better options available!

Check back next week for more Misadventures Abroad.