How I Learned to Stop Worrying and Love the Guan

There are photographers and there are birders.

It’s not too often that you find someone that employs both terms to describe themselves.  Most folks either prefer to get behind a camera and try and capture the perfect moment or portrait, or they’re content scoping their target from a long ways away before ticking it off their checklist and moving on to the next species.  Two different types of wildlife enthusiasts, and really, two different cultures.  But there’s more that separates these two groups beyond their priorities in the field.  Namely, many photographers I know find birds to be boring. 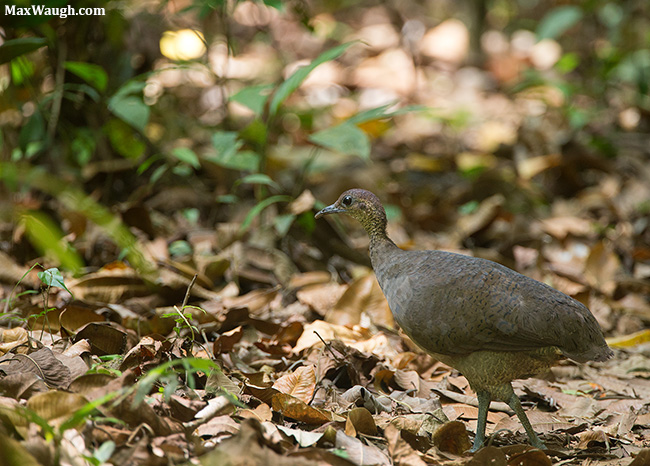 For some reason birders go crazy over the great tinamou. It just looks like a brown chicken to me.

I was one of those.  From my first days as a photographer—check that, going all the way back to my childhood—I was all about three things when it came to animals: fur, claws or teeth.  There’s something about mammals that inspires and excites many of us.  Maybe it’s the sheer size of the bison or elephant.  Or the cute antics of the baby gorilla or bear cub.  Or the inferred danger of the wolf’s fangs or the tiger’s claws 1.

Whatever the reason, I was fascinated by mammals.  My two volume Book of Mammals from National Geographic is still lying around somewhere, pages separated from their bindings after countless sessions reading and looking at the various photos when I was a kid.  I know what a Quokka is thanks to that book.  Still waiting for a chance to photograph it 2.

The majority of photographers I’ve met over the years are also mammal aficionados.  Some are downright obsessed with bears or wolves.  Moose, bighorn rams, rutting elk and deer with giant racks are popular photo subjects.  Like myself, many of my peers get excited about photographing elusive mustelids.  Otters, badgers, weasels and martens are high on everyone’s list.  Those that are fortunate enough to visit Africa want to see lions and leopards and cheetahs.

Compare that to the number of photographers interested in birds… there’s quite a disparity.  A rare owl sighting may draw a crowd, and soaring eagles will occupy people’s attention for a short while.  But it takes a unique frame of mind to be attracted to the latticework pattern a Williamson’s sapsucker has carved in the bark of a tree, or the shuffling of the hammerkop as it tries to kick up frogs in the muck, or even the loud clicks the orange-collared manakin creates with its feathers as it bounces from branch to branch to attract females. 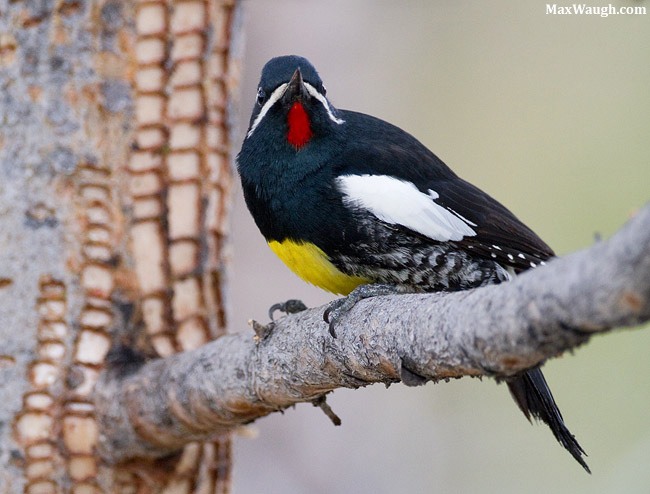 The male Williamson’s sapsucker shows off his handiwork.

Some of my peers are avid bird photographers.  Friends like Jim Chagares and Judd Patterson dedicate a lot of time to bird photography and get some incredible photos.  They began with birds and have stuck with them.  That’s not quite how it worked with me.

I was like all the rest: show me the bears, leopards, monkeys, etc.  During early trips to Yellowstone, birds weren’t even on the radar.  If I look back at some of my photo collections from 2000 to 2003, there are very few avian images.  I had a one track, mammal-centric mind and wasn’t really paying attention to much else.  By the mid-Aughts, the success of a given trip was usually based on how many good mammal photo ops I had.  How many bears did I see?  Did I find any otters?  Did I finally see a fox?

Fast forward to the spring of 2011, the most frustrating Yellowstone trip I’ve ever had.  There was endless bear and other mammal activity that May.  At least, that’s what I’ve been told.  I was in the park, but I kept missing all the “great” moments.  An otter at the lake?  Missed it.  Wolves on the road?  Whiffed.  A grizzly bear with a cub climbing on its back?  I saw the thousands of photos later.  By the end of that trip, I was in a very bad mood.  I drove home insisting it was the worst Yellowstone trip ever.

Of course, what I failed to recognize is that I still had a lot of good wildlife encounters and took several interesting photos during those two weeks… of birds.  A nesting flicker at eye level?  Check.  Sandhill cranes flying through the fog in Hayden Valley?  I was there.  Three colorful birds lined up perfectly like Christmas ornaments on a tree?  As one of my clients likes to say: “Nailed it!” 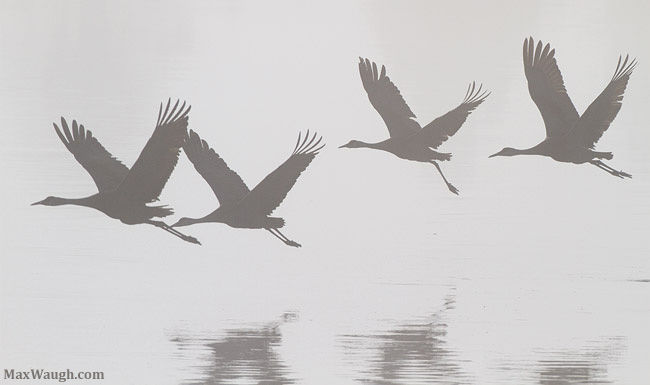 Sandhill cranes fly over the Yellowstone River on a foggy morning.

Turns out that spring was very good for bird photography.  It took me a couple years to acknowledge this, and even today, I’d trade most of those photos for a few of the bear encounters my friends had that trip.  But it doesn’t change the fact that I witnessed a lot of beautiful moments and interesting behavior.  Without the birds, that trip truly would have been a disaster.

And that’s an important lesson.  I’ve now been on several trips featuring stretches of time when there was nothing to photograph except for birds.  They keep me occupied.  In Peru, I was on a trip that was all about hummingbirds.  I saw 45 different species of hummingbirds over the course of a couple weeks.  Yes, I was sick of them by the end, and yes, I had to plan some mammal-oriented excursions to keep myself sane.  But without that trip I would not have seen the beauty and antics of the marvelous spatuletail (the world’s most spectacular hummingbird and one of its rarest), which was the highlight of the trip… and of the entire year. 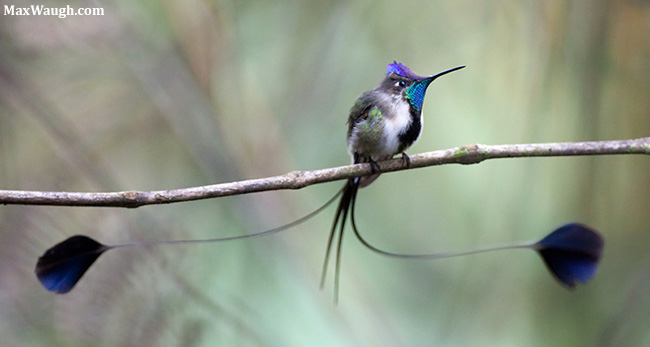 It was a thrill to see the world’s most spectacular hummingbird.

The more time I spent among birds, the more beauty and interesting behavior I witnessed.  The midair courtship dance of the spatuletail, the moonwalk of the red-capped manakin in Costa Rica, the “gift giving” masked boobies in the Galapagos… there are some incredible and intricate rituals that only birds—not bears or big cats—perform.

By developing an appreciation for all things avian, I found myself taking more pictures during my adventures.  Birds keep me active and help me avoid a lot of frustration, angst and boredom when the mammals may not be cooperating.  Would I still rather photograph a large furry predator?  Probably, but now there’s an added dimension to my travels that makes them more fun and more fulfilling.  I’ve stopped worrying so much.  And now I love the guan. 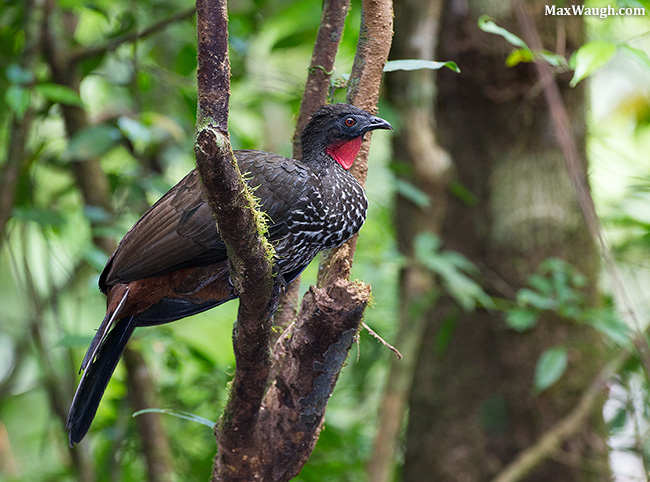