Off to the interior!

I’ve chartered a private snow coach for three full days of exploration in the park interior.  The original idea was that this would give us enough time to try for the bobcat along the Madison River while still taking in most of the other highlights along the loop road that’s closed to most traffic.  But with bobcats not making an appearance in recent weeks, we had a bit more flexibility on our first day in.

It ended up being a fantastic day.  One of the best I’ve ever had during a winter tour, in fact.  The weather was gorgeous, and wildlife was plentiful.  Many folks think the interior is largely devoid of wildlife in winter due to thick snow and harsh environs, but that’s not always the case.

We started shooting some landscapes in the cold, crisp expanse of Swan Lake Flat.  Three coyotes yipped and howled on a far hillside, the first of many canid sightings.  Further south we encountered our first red fox, a light orange individual walking off into the trees.  No pictures, but no worries.  We had numerous fox sightings sprinkled throughout the day.

We stopped along the way south to shoot various winter landscapes, from reflections to frosty trees.  The group wasn’t interested in exploring Norris Geyser Basin, so we were looking for a way to kill some time.  Why not Hayden Valley?

Quite a detour, but it ended up being the right choice.  We stopped close to Otter Creek for swans, but really we were just getting started. 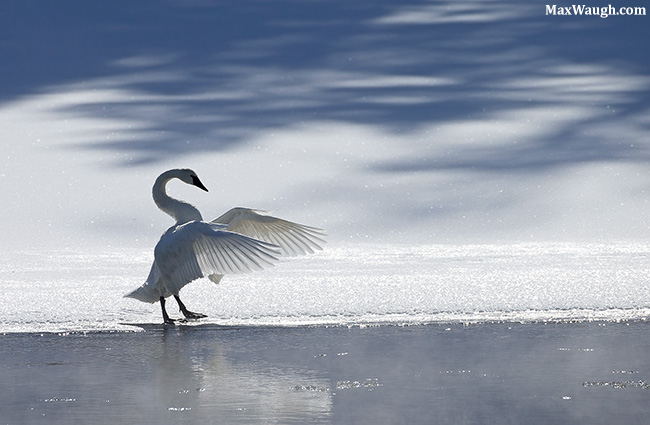 A distant fox in Hayden Valley, the floor of which was thankfully blanketed in white.  This is the best snow pack I’ve seen in a few years, and it not only makes everything prettier, but may also contribute to changes in wildlife activity (for the better in this case).

South of the valley, we had a fox right by the road.  We spent time with it as it hunted for a while.  Later we lunched at the Fishing Bridge warming hut, complete with a session of Yellowstone Jeopardy! hosted by the ranger in residence.

After lunch we got out to Mary and Sedge Bays (a coyote was crossing the frozen lake) and up to Lake Butte Overlook.  What a magnificent view.  Returning west, we spied four more coyotes at Pelican Creek as well as another fox.  No, we weren’t done!

Back in Hayden Valley again, foxes were popping up everywhere.  We photographed two different foxes hunting within a couple hundred yards of each other.  Then further down the road we had another fox skirting the sunlit ridge line as the snow swirled around it. 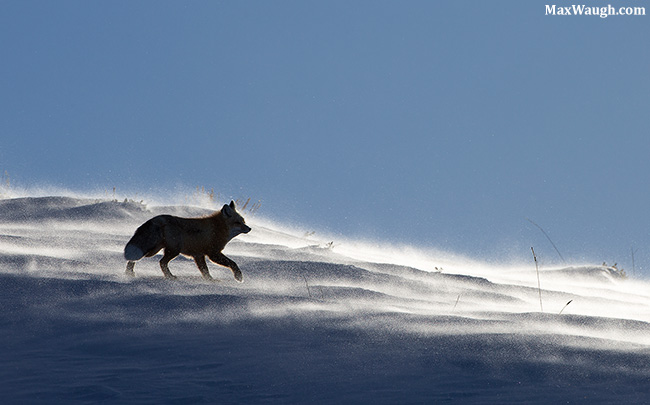 Oh, and there were otters in the river behind us!  This happened to be the first genuine photo op with otters on one of my tours (they’ve skunked me for some time when I’ve had clients with me), yet most of us concentrated on the amazing light shining on that fox.  It was that good.  After the fox disappeared we finally snapped a couple of distant otter pics. In our casino reviews you will find the answers to each individual casino clearly listed. Only Australian online casinos that we consider to be recommendable make it into The Orb’s casino guide . Our verdict is based on factors such as the transparency and comprehensibility of the information on conditions and restrictions as well as the clarity of the offer on the respective website. 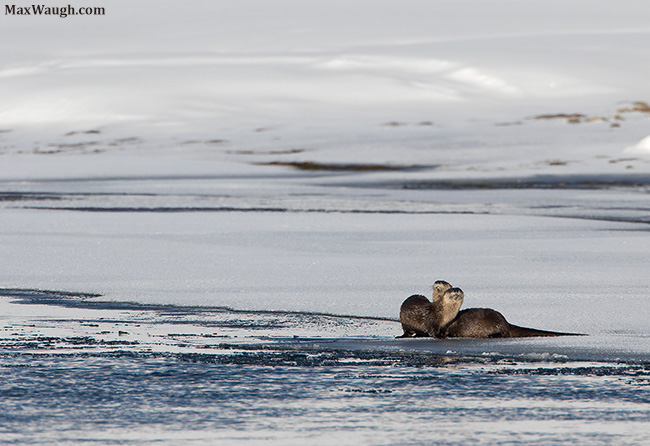 On the way out of the valley, there was another fox.

Though we weren’t expecting such a crisp sunny day as we enjoyed yesterday, we still had some nice weather.  It started with a lovely snowfall in the morning, transforming to a mix of clouds and sun, followed by lovely golden light toward the end of the day.  We were able to find subjects to photograph in all of these conditions.

We kept our exploration limited to the Madison and Firehole Rivers, and some of the thermal areas on the way south to Old Faithful.

As expected we did not see the famous Madison bobcats (absent now for three weeks), but we did have a few coyotes and herds of bison to keep us entertained. 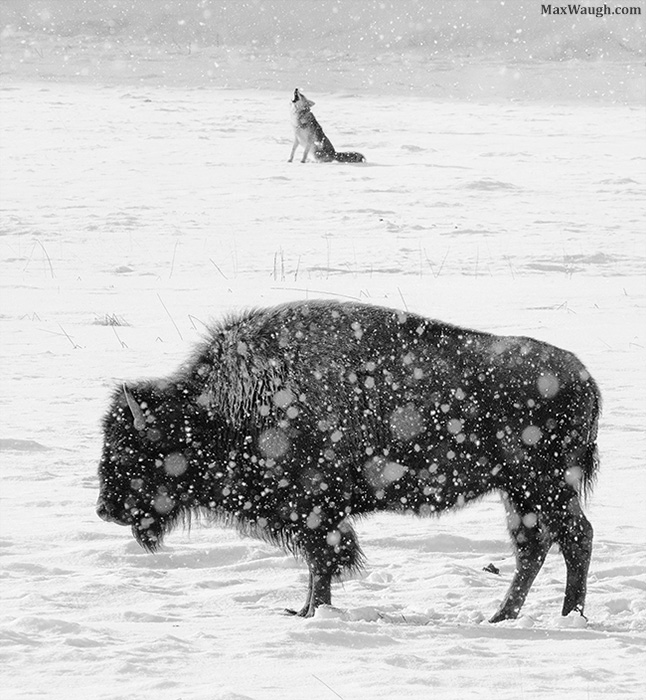 After stopping at Madison Junction, we went south to Fountain Paintpots, where we were entertained by boiling mud and an inquisitive raven.  We also stopped at Midway Geyser Basin to explore the boardwalk up around Grand Prismatic Spring.  In between we suffered a long bison jam, in which most of the bison chose to nap (while standing up) in the middle of the road.  When stuck in a bison jam, there’s only one option for photography… close-up bison photos. 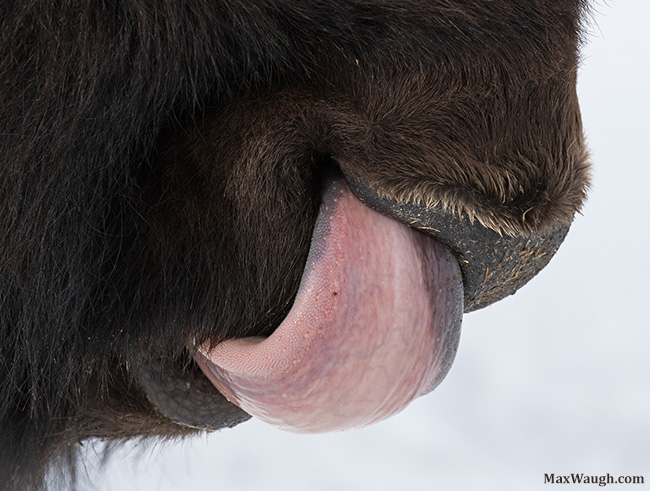 After we were done at Grand Prismatic, we headed toward Old Faithful, but stopped first to photograph another herd of bison walking through the backlit steam at Midway.  It was a very cool scene.

The next boardwalk we visited was the one circling Old Faithful.  We watched the famous geyser erupt, but none of the other nearby geysers were blowing, so we hit the road back toward West Yellowstone.  On the way, we got some trumpeter swans at close range before closing the day out with a fiery sunset over the Madison.

Tomorrow we finish up our interior exploration with a trip around the southern end of the loop and a return to Hayden Valley.