Bringing Back the Giant Tortoise

During my 2015 Galapagos photo tour, we had an opportunity to visit a giant tortoise breeding center.  Of course, we did see the tortoises in the wild, but it was interesting to witness what’s happening behind the scenes as Ecuador tries to resurrect a tortoise population that was decimated by early explorers and sailors, and later by settlers on the islands.

Even today, livestock and other invasive species pose a threat to tortoise populations.  Donkeys, for example, have been known to smash these reptiles.  In addition to managing and eliminating some of the non-native threats to the islands, steps are also being taken to boost tortoise populations at captive breeding centers.  There is hope for the tortoise, even after the well-publicized death of Lonesome George, who was thought to be the last Pinta Island tortoise.  Recently some newly-hatched Pinzón tortoises were found in the wild for the first time in more than a century.  And even George’s line may be resurrected using genetic engineering.

When we visited the Galapagos last year, researchers were working with their population of juvenile tortoises, all of which are scheduled to be released back into the wild. 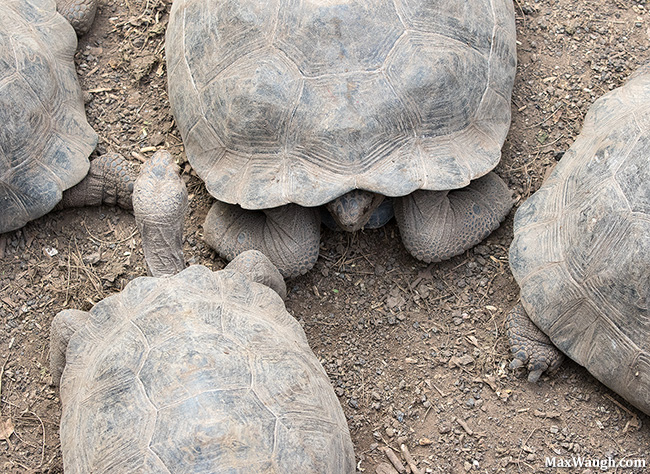 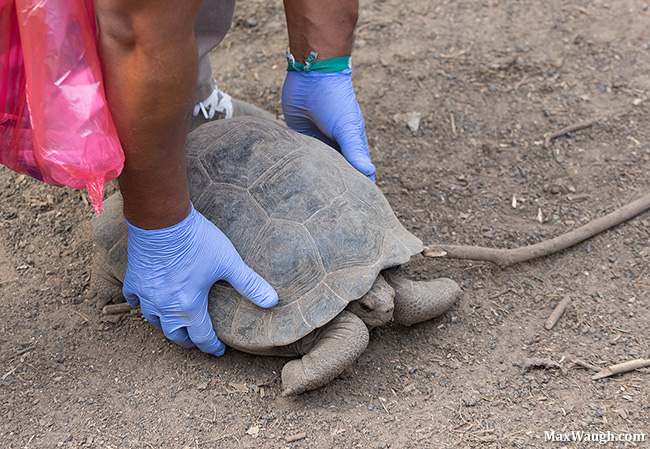 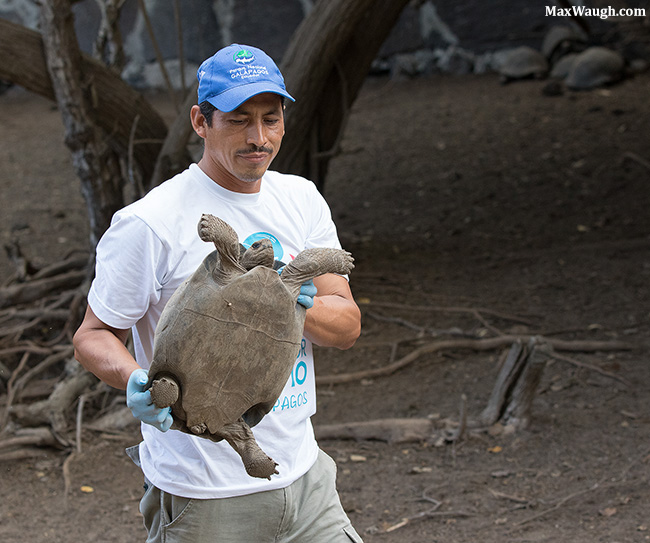 The research team was gathering the young tortoises (which had been born at the breeding center) in order to take blood samples. 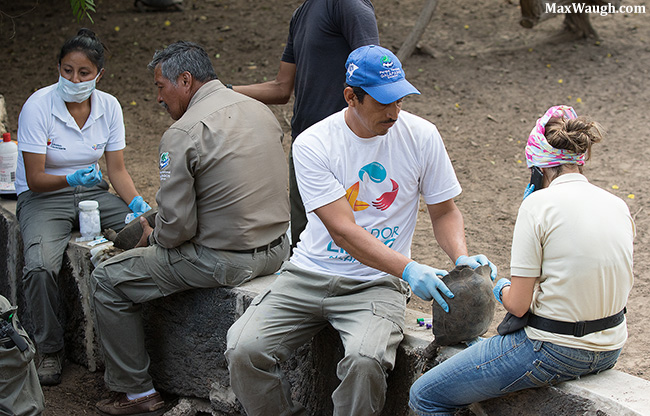 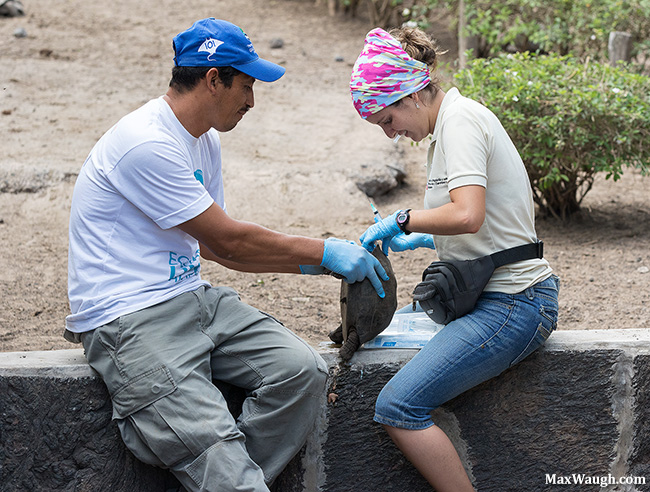 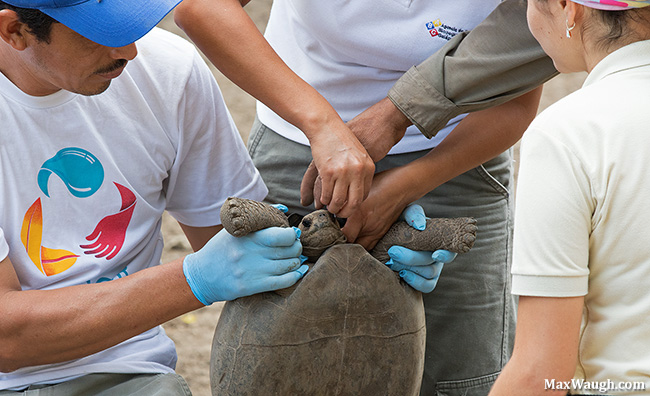 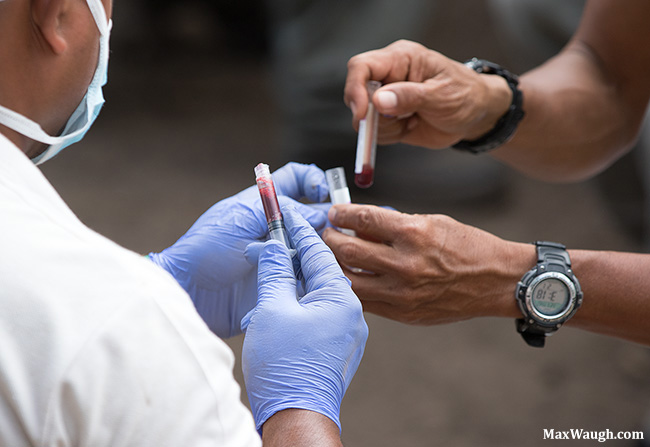 Once all of the samples were taken and information was recorded, the tortoises were released back into the enclosure.  A red X marked which individuals had already been gathered for sampling. 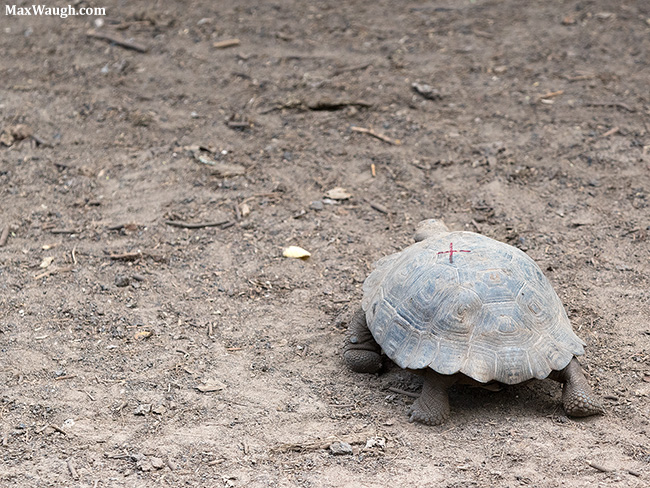 These tests would provide valuable information and help scientists track the tortoises once they were released into the wild.  Thus far, the breeding centers have been a success.  With a continued emphasis on conservation in the Galapagos, there’s a better chance that more of these tortoises will go from this… 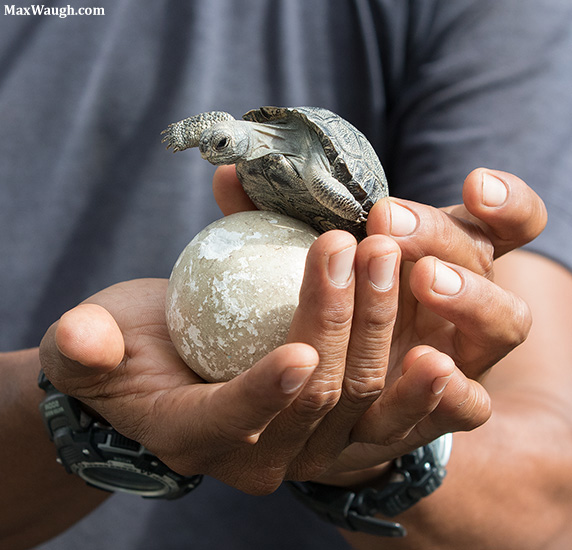 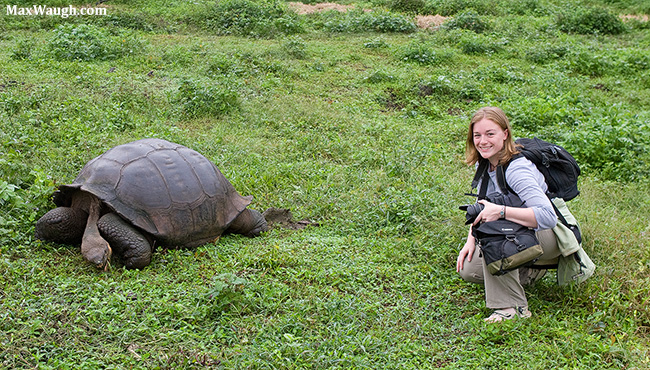 See more photos from our Galapagos adventure and learn more about my next Galapagos photo tour!