Scientists believe that video footage recorded by a tourist in Yellowstone National Park has led to the discovery of a new animal species, possibly the second this week in the Greater Yellowstone Ecosystem.

On Saturday, a YouTube video posted by an anonymous Jackson Hole resident showed a pack of four of the creatures walking across Grand Prismatic Spring, a major thermal feature in the world’s first national park.

The species, dubbed Darwinawaardi canadensis, poses no threat to park visitors, authorities said.  Researchers state that the species is not particularly intelligent, usually causing more harm to itself than to others.  However, it is sometimes a danger to the environment, often leaving a path of destruction in its wake similar to that of a herd of elephants storming through the African bush.

Yellowstone continues to live up to its reputation as a hot spot for biodiversity.  This is the second new species discovered in the park this past week.  Earlier, a park visitor shared the first photographic evidence of Bisonkolekter oopswikildit.  This is on the heels of other discoveries in the area in recent years, including Bufalopetsis itsjustakowriyt, Bottadron butcrashtit (also seen at Grand Prismatic) and Luubreikuer asiaticus.

Some biologists believe this animal is a close relative of Selfiistickus americanus.  However, an alternate theory suggests that it may in fact be descended from another species with Yellowstone roots, Oldtimiivisiter ignoramus, last seen in the park in the early twentieth century. 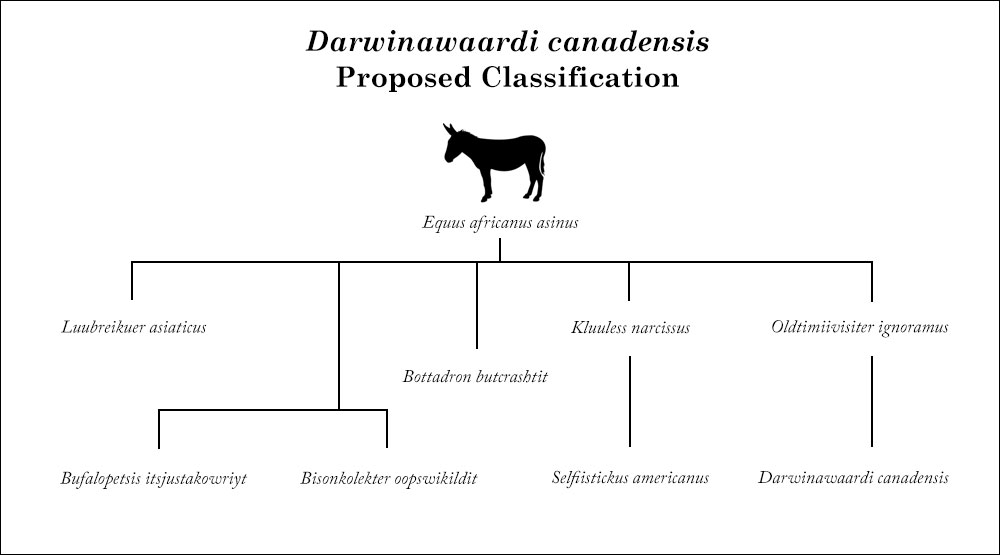 “Like Oldtimiivisiter, Darwinawaardi relies on camouflage to avoid predation, so it is normally hard to distinguish even in a busy environment,” according to a park biologist.  “But it can be readily identified by its noticeable strut, enlarged head and bizarre decision-making.”  The animal often participates in prolonged preening sessions, and will occasionally pause in awkward poses, as though trying to impress a nonexistent mate.  “It doesn’t have a high success rate when it comes to courtship, and subsequently the population is believed to be quite small.”  It is thought that the low intelligence level of the species may be due in part to the relatively small population size.  “Inbreeding will do that,” a source said. 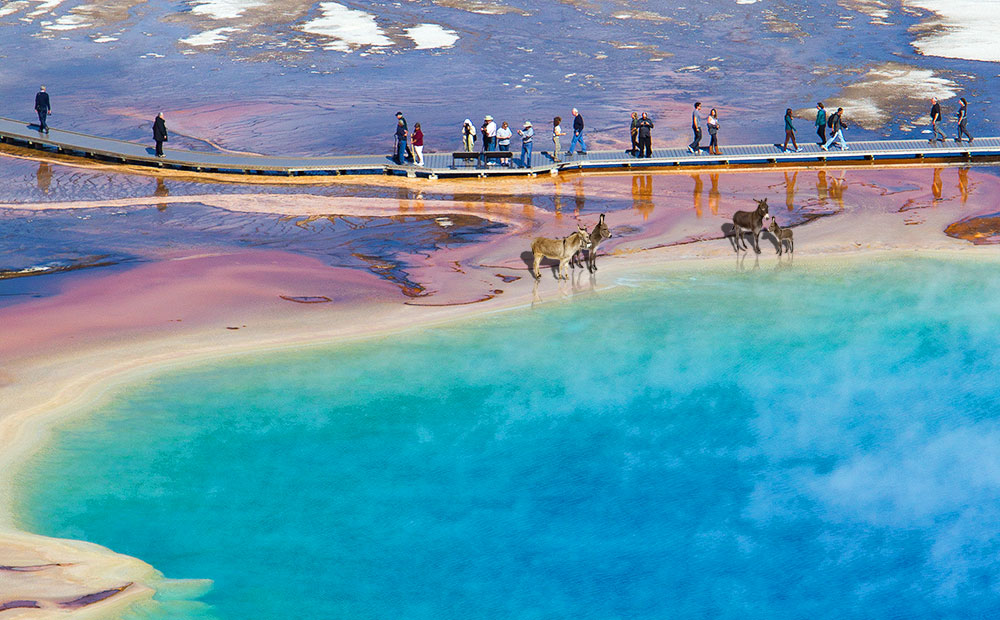 Tourists are puzzled by the presence of Darwinawaardi canadensis at Grand Prismatic Spring.

For the moment, biologists are classifying Darwinawaardi canadensis as an invasive species, and are working with the park service on ways to eliminate the threat.  The exact population of the species in the Greater Yellowstone Ecosystem is unknown at this time, but an anonymous NPS source stated, “if they remain in the park, this could get worse than the lake trout… but we are not considering a cull at this time.” Park rangers have stated that though they will keep an eye out in case the animals reappear, they expect the pack to proceed with a rapid northerly migration.