We wrapped up the spring tour with an active morning (finally!).  Believe it or not, Uinta ground squirrels provided a few highlights, featuring cute babies and some fun poses. 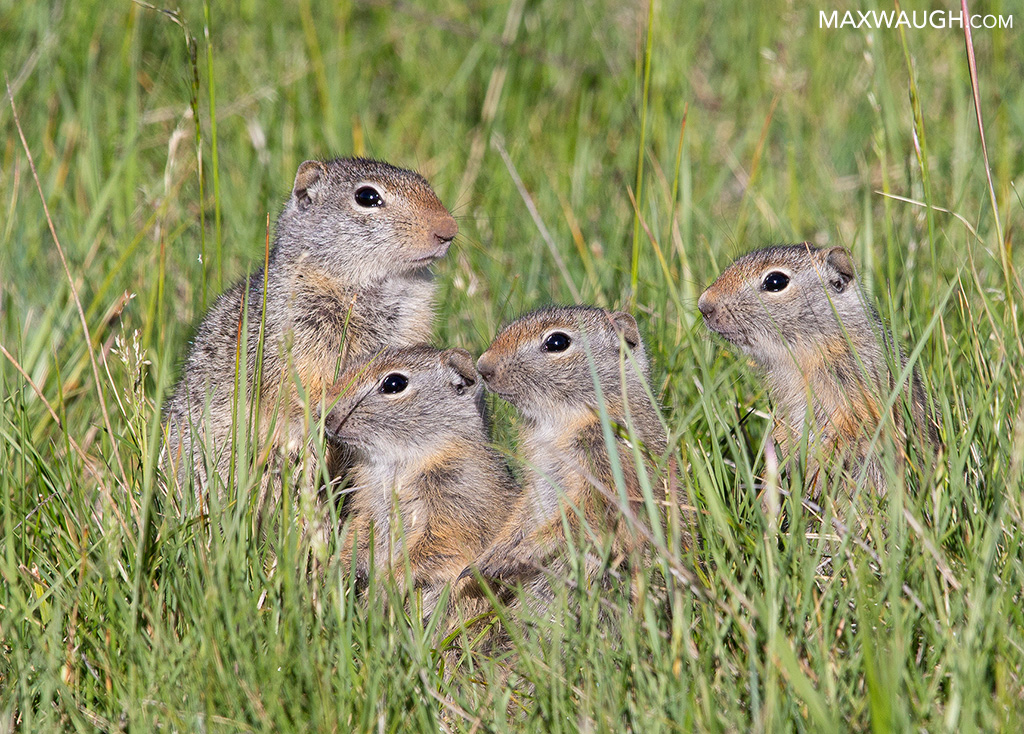 Afterward, I planned to go check Hellroaring so we could get everyone some pika shots, but a quick detour up the Tower Road derailed things.  We suddenly had a six bear situation.  First, Rosie was grazing in the meadow below Calcite Springs while her cubs napped in a tree.  Then we found out the Mixed Emotions Sow was just opposite the Calcite lot with her own cubbies… and she was heading our way.

We tried to set up to photograph the M.E.S. family as they headed parallel to the road, but all hell broke loose as she suddenly turned and came straight at us.  The crowd backed off and the bears paused in the road to investigate some roadkill or other material right in front of an idling vehicle.  Then they moved, and turned right at us again!  We got the heck out of Dodge to give her room, focusing more on freeing up space than taking bear photos.  As a result, we had very few images of the too-close encounters, but thankfully had allowed the bears to cross into the meadow freely.

At this point things calmed down for a while as the M.E. Sow eyed Rosie cautiously.  Both families took naps at the opposite ends of the meadow.  But the newcomers were restless, and while Rosie continued to nap, they got up and headed back toward the road and down the meadow.  The one ranger on duty forced people to their cars, or way out of the way, so we got in our vehicle, which was actually in a good spot had the bears continued on their path.

The only problem was that Rosie woke up.  And then it was on!

The sows attacked each other, while cubs were safely stowed in different trees.  There was a big chase that sent the standing crowd fleeing wildly at one point, and we could barely see what appeared to be a pretty nasty wrestling match between the two protective mommas.  Unfortunately, we weren’t in a good position to actually photograph any of the action, being safely ensconced in the vehicle. Official site buy sildalis.

Things did eventually calm down, and we continued our vehicular stakeout on the side of the road.  The lone ranger (all of his colleagues were busy with other bear jams) had his hands full directing traffic and pedestrians over a 200m stretch of road, but we were allowed to remain in our spot.  So we waited and waited for those cubs to come down.  But it never happened.  The sow did graze just below the car, but the cubs were half-hidden at the top of the tree above us the entire time. 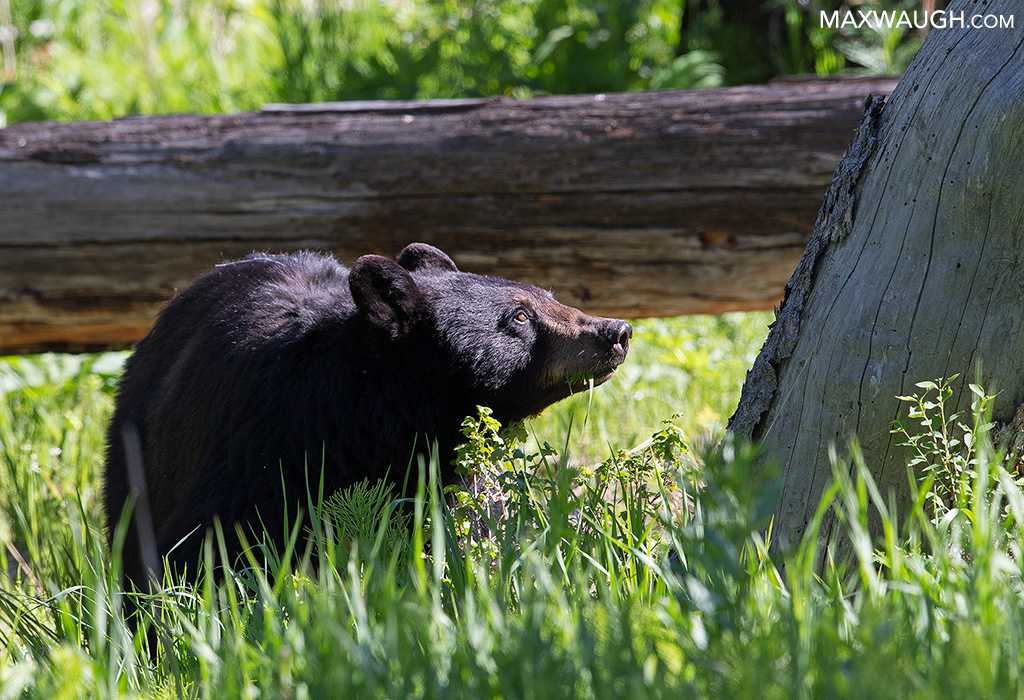 Eventually, the law enforcement rangers arrived and made the inevitable decision to clear our stretch of road.  We were forced to leave, after three-and-a-half hours.  A wild and intense show, though not quite with the outcome we’d hoped.

We finally got our pika walk in (brief sightings), and by the time we returned to Calcite, both bear families had departed.

The day wasn’t entirely over, as we searched for moose unsuccessfully, capping things off with a drive down the Blacktail Plateau Drive.  I warned my guests how awful this road had been to me over the years, but they probably didn’t believe me after we saw a courting pair of black bears and another black bear chasing a cinnamon up a tree right at the end of the drive.  More wild bear action on a day full of it.  Not a bad way to end things.

Today I return my clients to Bozeman and get prepped for one more week here in Yellowstone.  More adventures await.

Big thanks to my clients Connie, Julie and Oscar for an exciting week of long and fruitful days during another successful spring tour!

If you are interested in joining me on next year’s spring Yellowstone adventure, learn more here.