This week I’m hosting friends and their children for a week of exploration in the park.  Both couples have joined me in Yellowstone back in the days when I was still learning a lot about the park.  Brian and Katrina came in 2003, and Ryan and Jess first joined me in 2006.  I was just getting to unlock some of Yellowstone’s secrets, and this was even before I made my first late spring trip out and uncovered all the great wildlife possibilities at this time of year.  Both couples are now bringing their children for the first time, so it should be a fun week seeing the park through the eyes of a child on their first Yellowstone adventure.

Of course, this also means we’ll likely have shorter days, and fewer opportunities to get up really early.  Sunday morning, for example, we didn’t actually leave until close to 11am!  So not surprisingly, we didn’t see too much in terms of wildlife variety.  We did miss a badger by about two minutes.  A near miss, but hopefully we’ll have more opportunities as the week progresses.

Otherwise, bison were everywhere as usual, and we did spy a distant pronghorn fawn in Little America.  I found an adult Great horned owl at Mammoth and though Sheepeater Cliff was quiet we did see a mother and juvenile (no longer really a baby) marmot, and a golden-mantled squirrel.  Back in Silver Gate we had a couple of mule deer near the property, and there are still some cow moose with calves in the area, so we remained watchful.

Monday is supposed to feature an early start, so the action was expected to pick up!

I did manage to get the group up early enough on Monday, with the promise of returning for lunch.  I hoped that a morning excursion would help us find some bears.  And hey, it worked out.  Though we didn’t find anything in the usual places, we happened upon a lineup of cars to the west of Roosevelt.  Naturally, it was a black bear, but I wasn’t expecting to see two cubs as well.  One of the Tower Road sows had moved out of their neighborhood (perhaps due to the recent fight?).

The bears moved through the trees toward the junction, so we hopped down the road in hopes of seeing them emerge, but then they reversed course and went back west again.  We decided to pack up and go check Petrified Tree, but on our way up it turned out the bear family had come even closer to the road.  So we got even better views of them, and after they crossed we were able to see that the adult was Rosie, with her telltale white chest patch. Hi, I think you’re the kind of person who likes games, but do you like porn games? This is very easy to check, all you have to do is go and evaluate our Adult gaming for your opinion. I think you’ll like it and you’ll download a couple of games to your PC. And then you know what to do. 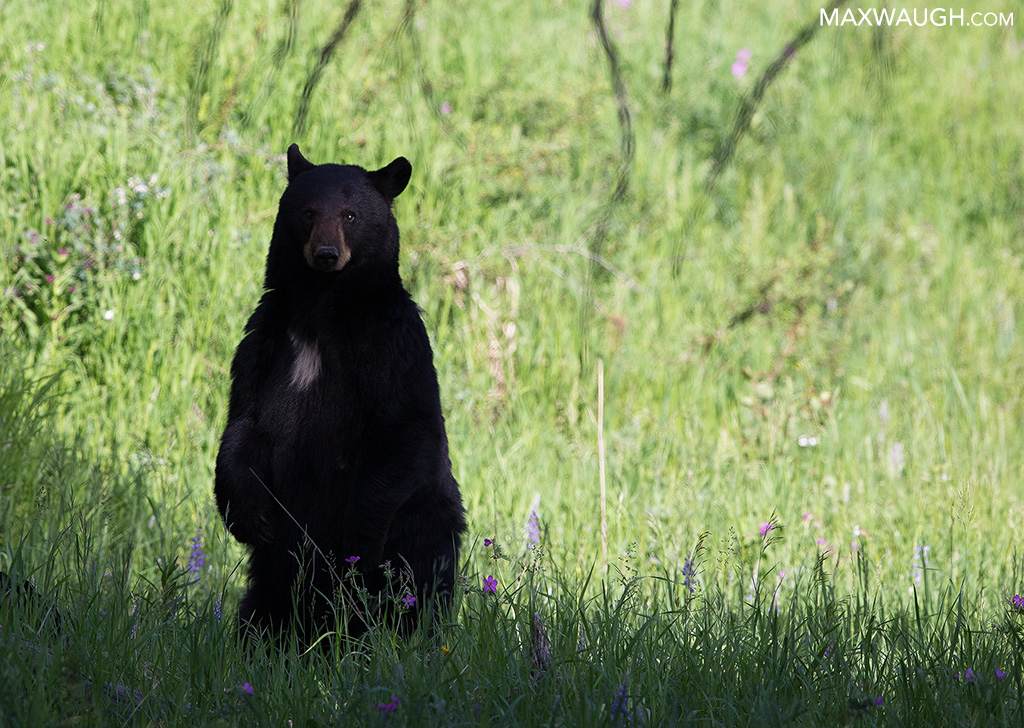 Eventually we let them be, and headed up and over Dunraven Pass, where my friends’ kids were scheduled to listen to a ranger talk as part of their Junior Ranger duties.  Afterward, we raced to see the fading rainbow at Yellowstone Falls.

We took the afternoon off, returning to Silver Gate.  There we learned that the mule deer I’ve been seeing on my property the last three days has a new fawn, and has been chasing people (our construction crew) off when they happened to walk by too closely.  So we’ll have to keep an eye out for the new addition.

We took a short hike to Bridal Falls and then called it a day.  There was rumor of another early departure Tuesday.

We dragged the kids (okay, and the adults) out into the cars just past five and hit the park for another early adventure.  Today’s goal was to get down to Hayden and the Lake early enough, maybe to see some bears, and the timing worked out perfectly.  Before Pebble Creek we found a cinnamon black bear in a meadow, a couple minutes before it disappeared.  Then down at the Lake, the goal was to find Raspberry and cub, since we hadn’t seen a grizzly bear yet.  We drove past Lake Butte Overlook and I told my friend we were going to turn around soon.  They pulled over just before Teton Overlook, but I nudged them just a little further. 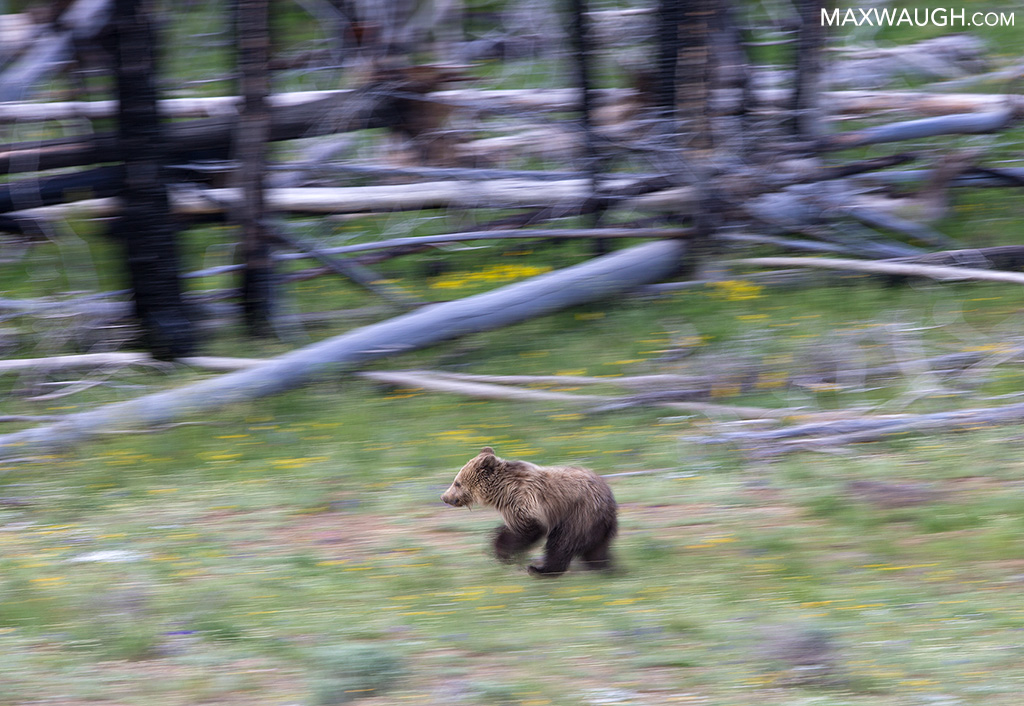 Sure enough the grizzly family was in the open field below the overlook, so we got a nice view for several minutes before the sow decided to pack up and move on into the deadfall out of sight.

On the way back north, I checked for harlequins at LeHardy, but there was no sign of them.  However, all the way back in Silver Gate one of my friends’ kids managed to spy a harlequin drake in Soda Butte Creek as we walked into town for ice cream!

There are rumors of more moose and calf activity in town, so we’re going to keep our eyes peeled this evening.