After two early starts in a row it was a sleep-in day for our group.  That meant not leaving until 11am!  We had decided it was a geyser day, so we trekked all the way down to Old Faithful and the surrounding geyser basins.  On the way over Dunraven, we were slowed by a bear jam caused by a black sow with two cubs.  Probably not Rosie, based on how far west we saw her previously.

We made a number of different stops in the southwest, checking out the four different types of thermals, and the various hats and accessories (two pairs of sunglasses, really?) that had blown off and been scattered between them.  I don’t spend enough time around the geysers to know whether this is typical, but it was sad.  Presumably a park employee will be able to clean up some of the headgear with a grabby pole or something.  At least, I hope.  At least I didn’t see anyone chasing their clothing out into a hot spring.

We were out fairly late, so dinner at the Roosevelt Lodge was our only realistic option.  Back over the pass, the mom and cubs were right near the road.  People were walking up to the tree within about 15 yards to get pictures of the cubs on the branches while mom was grazing fifty yards away.  No rangers around, seeing how late it was.  We stayed in the car and kept rolling.

After a seriously delayed dinner at Roosevelt (we essentially closed the dining room down at 10), we drove back to Silver Gate.  Plans for Mt. Washburn in the morning were scuttled, but hopefully we’ll get up there before the end of the week.

We slept in a bit, which was fine since I wanted to fit in a visit to the Beartooth Highway while my friends were here.  It was a fruitful trip, as we happened upon some of the mountain goats very close to the road while we were up there. 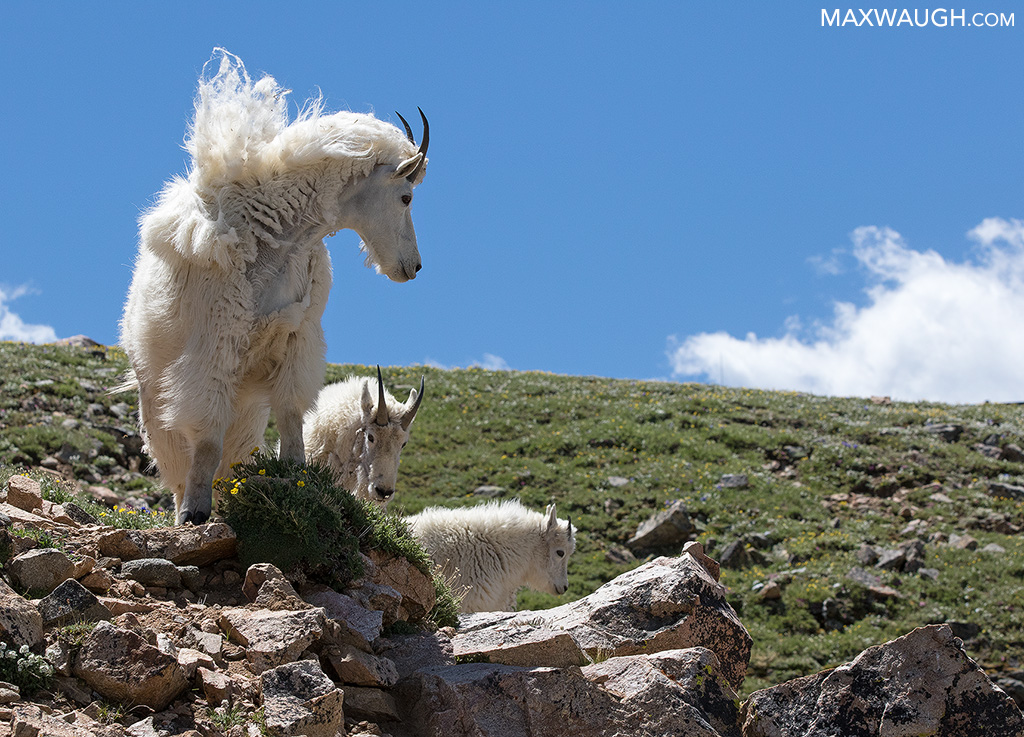 In the afternoon, we hiked to Trout Lake.  The trout were very active in the inlet, but there are zero signs of otter activity.  Any reports of otters there should be taken with a grain of salt.  There’s not even any scat up there.  Coincidentally (?) the “otters caught in fishing line” sign at the trailhead is gone.  So this would mark two straight years without otters there.  Bummer. Sometimes I also work with clients who wants to me take a photo for their website about the team, products, etc. Today I want to share with you information about Desert Nights https://50-spins.com/review/desert-nights-casino/ . In this review, you will know that desert nights casino also has an app for your mobile device. I hope you will be glad to see their offers and website, and maybe you decide to sign up too, like me.

We squeezed in an evening drive all the way to Elk Creek, where a black bear grazed near the road just down from Floating Island Lake. 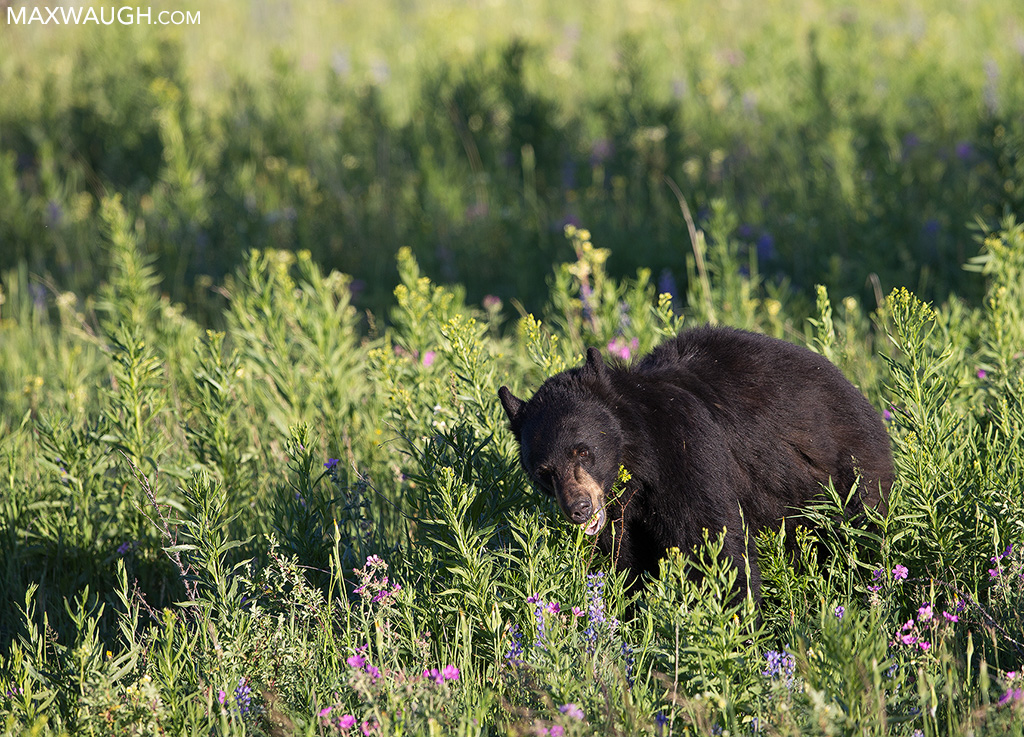 We finally got to Mt. Washburn on Friday.  Arriving at 6:30am meant we weren’t the first ones to the top, but we were close.  Plus, we were early enough to hike in cooler temps and see the bighorn sheep (not the herd with lambs that has been seen) at the top and a few of the resident fuzzies. 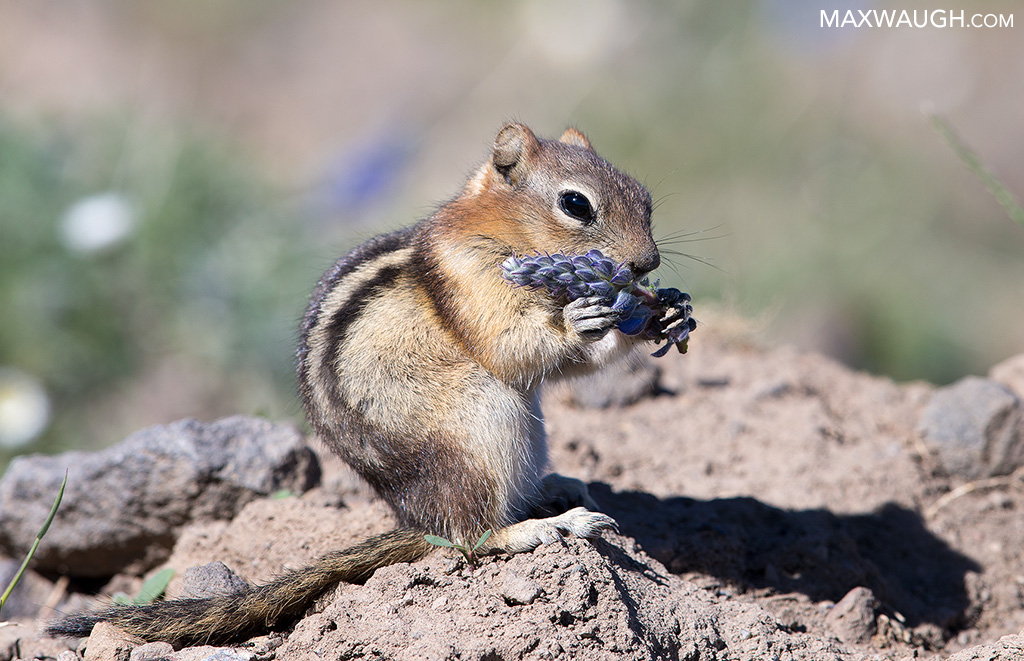 This wasn’t the only wildlife action of the morning, as we had four moose (two adults and two calves) at Lower Barronette, a black bear and cubs at Calcite and an owl.  Oh, and a bison settled in at the property as we were grilling up lunch outside.

We spent the rest of the day chilling out in Silver Gate.  This was my last day with friends, so it was nice to relax and hang out before the long drive home.

I left the park very early in the morning to drive to Seattle… and just so happened to see a bobcat in the road a couple miles inside the NE entrance.  Only my second-ever cat sighting in the park!

Thanks to everyone for following my spring trip reports!  If you would like to join me on a spring Yellowstone adventure next year, be sure to learn more about my spring photo tour.