The World Just Became a More Dangerous Place. Can We Teach Our Way Out Of It?

Max Waugh > Musings > The World Just Became a More Dangerous Place. Can We Teach Our Way Out Of It?

This may be a rambling post.  It’s a bit more emotional and opinionated than my usual articles, so it’s likely to elicit stronger disagreements or rebuttals (which is fine).   The tone is probably grumpier too.  Understandably so, since I haven’t slept since 3:30, waking to the same disturbed, churning belly that plagued me throughout much of yesterday evening.

You know, while the U.S. election unfolded.

Most of the world (including much of our own country) is in shock over the results today.  Donald Trump will be president soon, which scares a lot of people.  On this day there is probably more fear, angst and dismay around the globe than at any time since September 11th, 2001.  There is a lot of uncertainty and nervous speculation about what will take place in the years to come, but the shock and disappointment many people feel right now is justified in at least one respect: by electing this president, we’ve just legitimized all of the hate, bigotry, xenophobia and misogyny that came to the forefront of his campaign.  Showing everyone that that message has just been endorsed in 2016 by the supposed bastion of “freedom and equality” fractures the message the United States has been working hard to promote over the last 240 years.

I traveled a lot during the immediate post-9/11 years: Europe, Africa, New Zealand, Latin America.  It was not a great time to be an American on the road, both due to the fear for our own safety and the complications arising from representing what was perceived as a war-mongering nation while visiting a number of peaceful countries.  In this regard we’ve never quite recovered from the Bush era, and it now seems that many of those fading concerns and fears are about to be rejuvenated.  The world once again won’t know what to expect from us, and we’ll once again be struggling to combat a tarnished reputation overseas. 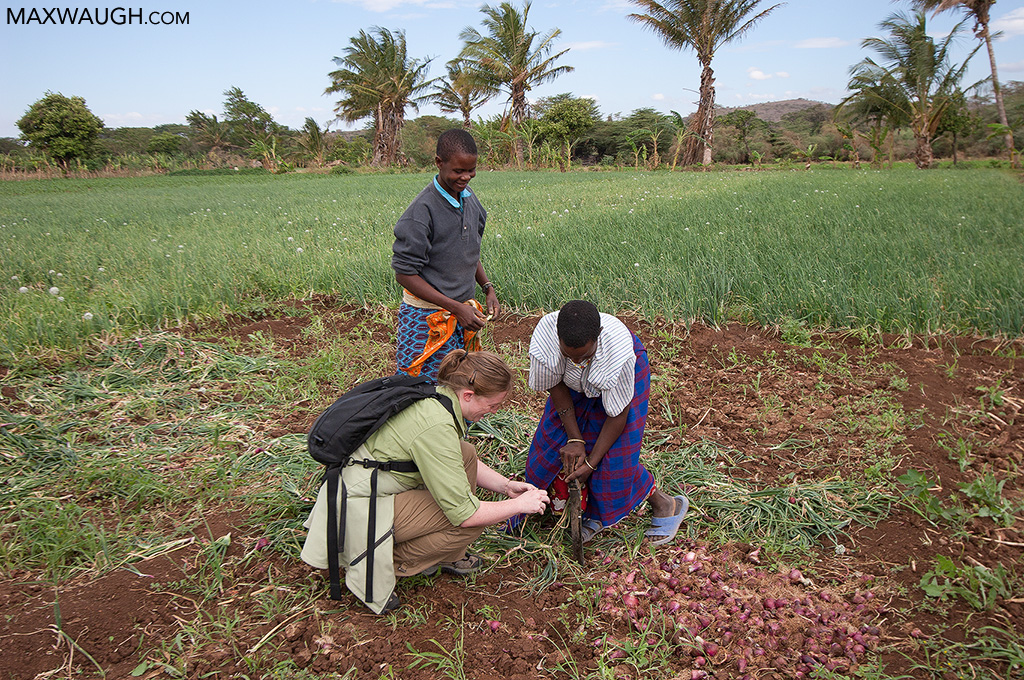 Visiting an onion farm in Tanzania in 2007.

On the home front, we have just endorsed hatred and bias toward large portions of our own population (Latinos, disabled people, gays, Muslims… oh, and women), while reconfirming a government that has no interest in making improvements to sensible gun regulations.  So Americans are angrier today.  We’re more spiteful.  More prejudiced.  More hated.  More hateful.  And armed better than ever.

Nobody can reasonably argue that we’re actually safer.

But this isn’t just about the human race.  It’s not exactly safe for the other living beings on this planet either.  We’ve just granted full power to a movement that denies human-caused climate change (and its potentially-disastrous future impact on the environment and society), impedes scientific progress, encourages animal trophy hunting and destructive wildlife management policies, and which wants to return our federal parks and land to the states in order to pillage more natural resources. 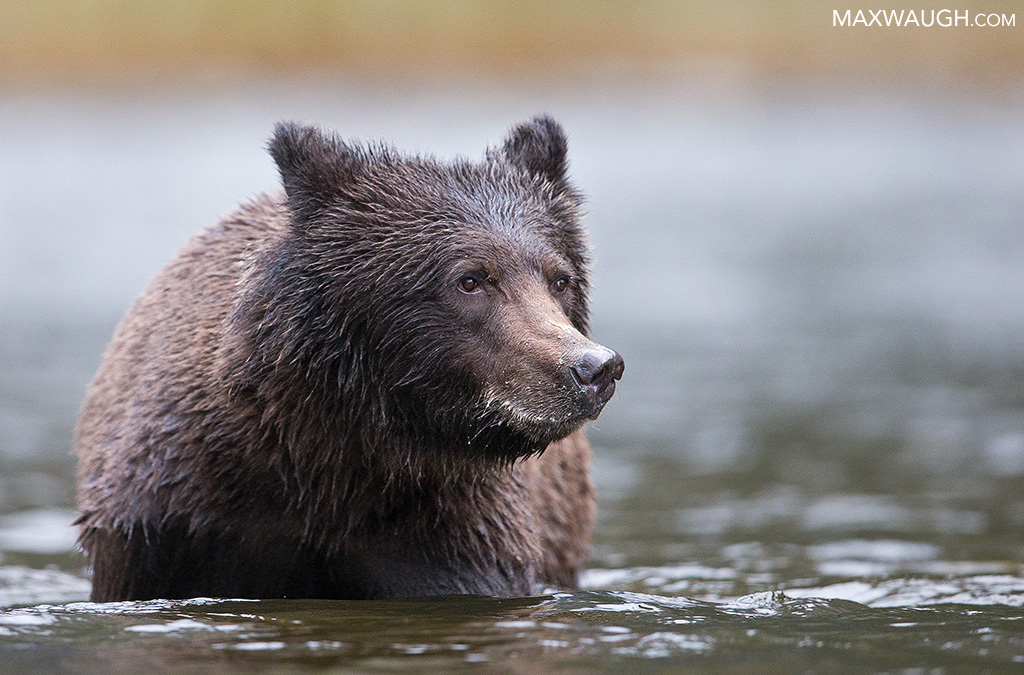 Grizzly bears are prized by trophy hunters in Canada, and they’re about to become targets in the U.S.

Why did this happen?  Perhaps more importantly, why does it looks like things may get worse in the near future?  I’d argue that it’s due in large part to one major failing aspect of American society: education.

It’s widely acknowledged that Trump garnered huge support from non-college-educated voters (and even bigger support from those without a GED), while his support among college-educated voters waned compared to past Republican candidates.  But this is an issue that’s farther reaching: the United States as a whole is lagging behind other developed nations in general education.  Math, science and literacy levels among American children are much lower than they should be for this self-professed “greatest country.”

Nobody should be surprised that Trump was able to pull off a campaign largely devoid of specifics while relying on vague generalizations (including his trademark mantra) to win the vote.  But in this case he was also the last remaining candidate of “change” that appealed emotionally to a large portion of the populace.  Perhaps a better indicator that our educational struggles are influencing politics is that we’ve chosen to support champions of anti-science and anti-environmental policies by returning the same cast of characters to a conservative-led congress.  How can we waste time disseminating facts and asking questions when we’re having trouble learning to read, study, analyze and interpret information, theories, policies, hypotheses, etc.?  You know, all that stuff that comes with a decent education.

Of course, education doesn’t just take place in the classroom.  I graduated from college 17 years ago, but haven’t stopped learning.  Reading a lot is a big part of that.  But so are my travels.   The lessons learned about other places, cultures and wildlife are invaluable.  They’ve helped me develop a greater respect and appreciation for other people and nations, and understand the value of wildlife and our environment.  In this respect I differ from many in the conservative movement who largely ignore or devalue our wilderness and our neighbors.  But they don’t get out and travel as much either, either by choice or by circumstance.  I still remember visiting a tourist destination in New Zealand back in 2004.  They had a map showing all the places their visitors originated from around the globe.  The U.S. map was notable because nearly all of the markers were placed in “blue” states.  Not surprising.  Those who are able to travel and experience new wilderness and culture firsthand are much more likely to foster an appreciation for it and a desire to conserve it. 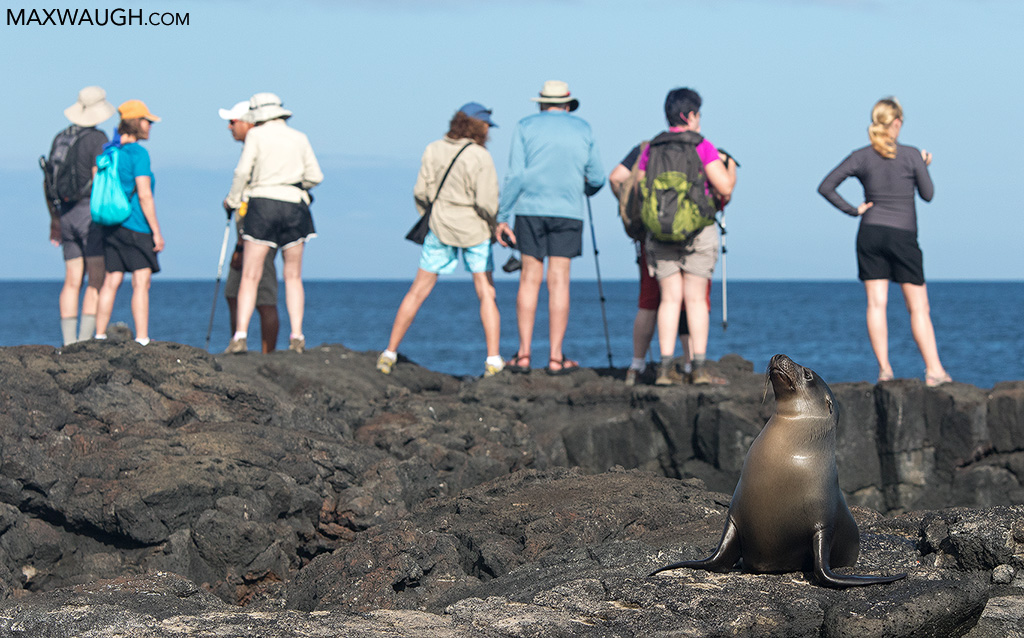 The best way to appreciate the value of our world is to explore it, but not everyone has the means to do so.

But not everyone has the privilege to travel abroad, much less to a national park in the next state over.  Despite an improved economy over the last seven years, people are still fighting to support families and keep their homes.  They don’t have the resources to fund vacations, be it a road trip to Yellowstone or an expensive African safari.

So we’re getting worse at educating our children in the classroom—a trend that will likely continue with a government more likely to cut education spending before boosting it—at the same time that we’re struggling to show them what life is like beyond their school walls and their neighborhoods.

So what can we do?

Many of the messages I’ve seen this morning on social media come from concerned parents and teachers, wondering how to explain today’s shift to their children.  The tension is palpable, but it’s encouraging to see so many re-dedicating themselves to emphasizing the value of respecting others in our society, and the world at large, to their kids. 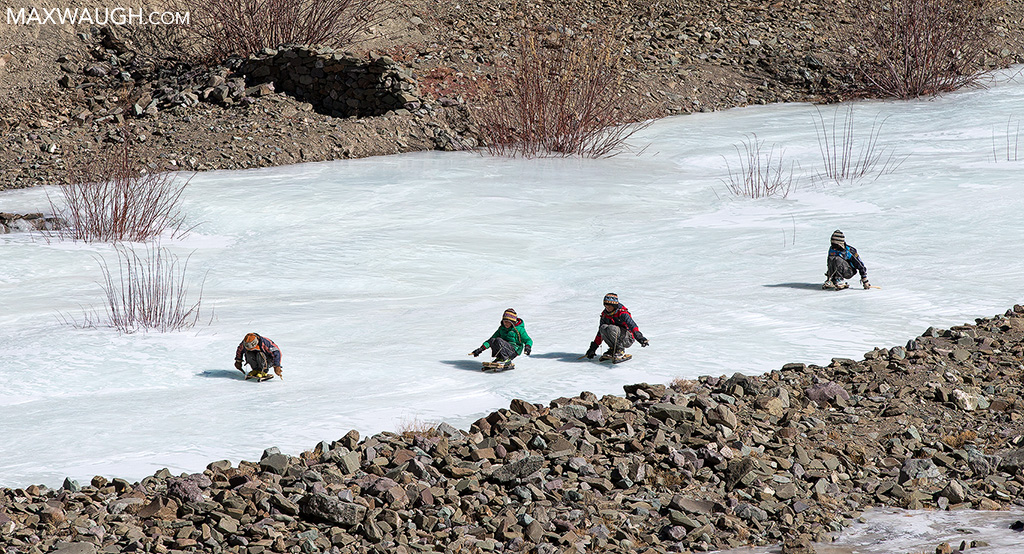 Ladakhi children sledding on a frozen river in the Himalayas.

I’m not a parent yet, but one of my goals as a photographer has always been to educate by sharing a wider view of the world with anyone willing to look.  My audience may never get to travel the way I do, but at least I have the ability to show them that we’re sharing the planet with some fascinating and beautiful people and animals.  I can play a small role in developing a better understanding of the world that surrounds us, how foreign culture or wildlife is so similar to our own in so many ways, and why it must be preserved before it’s lost forever.  And maybe I can even inspire someone to hit the road and develop a deeper connection by experiencing these wonders for themselves.

I’ve never been overly political or opinionated 1, generally trying to remain neutral as factions on both sides of the spectrum take up arms in their battle over how we treat each other and our planet.  But I feel something has changed.  With one step, we’ve placed ourselves square in the middle of a very destructive path.  By validating the hate, we’re endangering our society.  By handing our full government to people who place little value in science, education and the wild world, we’re further endangering what’s left of the planet. 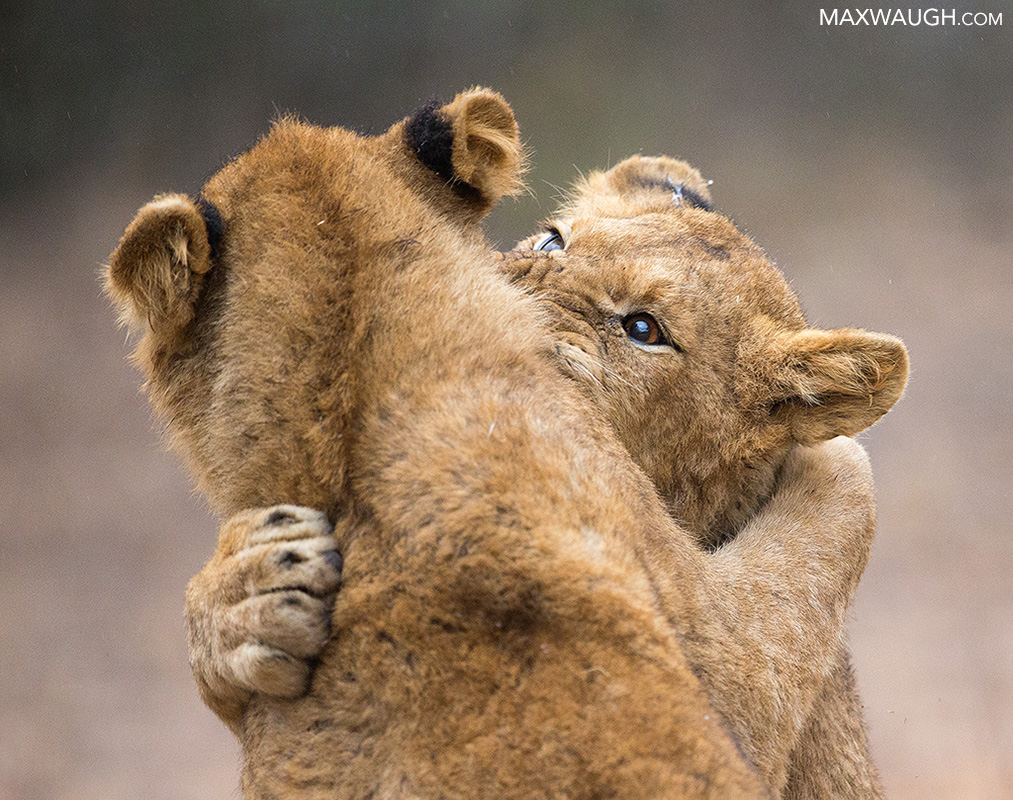 The African lion population has plummeted 95% since the 1940s. With only 20,000 left, they remain a prize among trophy hunters.

In order to step back off that path or reverse course, we need to continue to promote a greater understanding of everyone and everything around us.  It starts by educating the next generation, but it’s not too late to teach our grown selves a thing or do.  I may be an old dog, but I am always learning new things.

I can only promise to put more effort into raising awareness via my photography, and taking a more active role in teaching.  Who knows, maybe someone will learn something new, grow to like something different and discover new things that are worth preserving.  Maybe if we can all impart similar values, even in the smallest way, the world will become a better, safer place for everyone.  And everything.