Ever since Art Wolfe’s Travels to the Edge ended production, there’s been a void in quality photography-related broadcast media.  Following in Wolfe’s footsteps, Peter Lik hosted a derivative “adventure photography show” on the Weather Channel (creatively titled From the Edge), which didn’t last long and wasn’t worth watching, so it’s been some time since we’ve been treated to a decent, behind-the-scenes program focused on the art.  This has finally changed with Netflix’s new series, Tales By Light.

Produced by Canon Australia, Tales By Light‘s six episodes follow five professional photographers during their adventures around the globe, as they work to capture new subjects or familiar subjects in a different way.  Of course, these photographers are all Canon shooters, so the show doubles as a subtle advertisement for the brand, but that doesn’t interfere with the primary value of the program: it shows viewers how a professional photographer approaches new or unpredictable subjects, overcomes obstacles and tackles the challenges of photographing wildlife and people in some of the most awe-inspiring locations on earth. 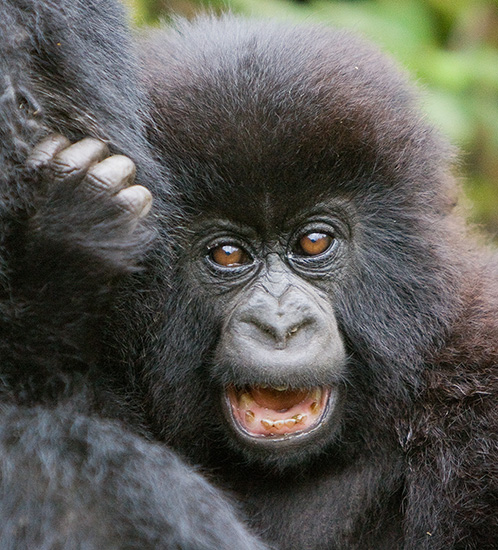 Coincidentally, Art Wolfe is featured prominently in the series (he headlines two of the six episodes), but this time he’s not the only player.  Episodes focus on a variety of subjects, which allows photographers from other backgrounds and specialties to be featured.  Darren Jew, Krystle Wright, Richard l’Anson, and Peter Eastway use their experience as landscape, underwater, travel and adventure photographers to show us a different approach to photography that goes beyond just the usual nature and wildlife we’re used to seeing.  In fact, Wolfe’s first episode (Wild), focusing on his wildlife adventures in east Africa, may be the least interesting part of the show simply because it doesn’t seem as new or fresh as the rest (Wolfe’s cultural-themed episode is much better). The success of a fake id depends upon many factors. One important aspect is the main portrait of the cardholder. If you know how to take a good drivers license photo then, your fraudulent id will have 50% less chance of getting caught or spotted by a doorman. The visual inspection of a scannable fake ID has more chances of getting confiscated if the photo provided looks abrupt.

A show like this works as a great introduction to the art for those who may be less familiar with nature and travel photography, but it’s no less inspiring for seasoned photographers.  I was familiar with the work of some of the featured photographers, and very familiar with some of the subject matter (right down to knowing some of the local trackers and guides that were featured), but I really enjoyed the program.  By necessity, it features some excellent cinematography (the producers do love their drones), but the content was more in-depth than I expected.

As our storytellers, the featured photographers take time to share their goals for a shoot, and in certain cases how they made specific choices to overcome obstacles.  Jew’s and Wright’s underwater shoots in their respective episodes presented some unique challenges, and though not overly technical, these types of lessons can be invaluable for aspiring photographers.  It’s something one usually only gets in a live photo workshop, not a TV show.  The producers also aren’t afraid to show how some shoots simply don’t work out.  I wasn’t terribly surprised to see that l’Anson failed to capture quality snow leopard photos during his short time in the Himalayas, having experienced that myself, but it’s important to show folks that (with wildlife especially!) conditions and subjects don’t always allow us to come away with the perfect shot.  Or sometimes any shot.

Unlike Wolfe’s Travels to the Edge, the producers of Tales By Light chose to follow each photographer to multiple destinations in a single episode.  Though it would be nice to see more of each locale in a given episode, it doesn’t feel too rushed (except, perhaps, when a shoot fails and they quickly move on) and it’s nice to see each photographer work in different environments with different types of subject matter.  This helps give the audience a broader sense of the various techniques and circumstances that may be involved in nature and travel shoots.

At six episodes, the show ends all too quickly, but it appears we may get a second season.  I look forward to seeing more of the world through the lens of some of the industry’s top pros.

Tales By Light is streaming now on Netflix.