A Splash of Color

For many of us, winter is a cold, dull and dreary time of year.  Here in the greater Seattle area, we don’t get a ton of snow, so generally when we look outside it’s gray, grey or grayish.  Deciduous trees blend together in shades of brown.  Grass is yellow or brown, depending on how much mud is mixed in.

In other words, it’s the perfect time to share my appreciation for some of the more colorful species I’ve encountered during my photography adventures… most of which don’t live anywhere near here.  Oh, there are exceptions.  The bright violet gorget and head of the male Anna’s hummingbird is spectacular.  Varied thrushes sport a handsome pattern of black and orange plumage.  But we mostly lack species with a true rainbow of bright colors.  So I had to look further afield when searching my archives for some chromatic critters.  Here are a few of the more memorable ones. 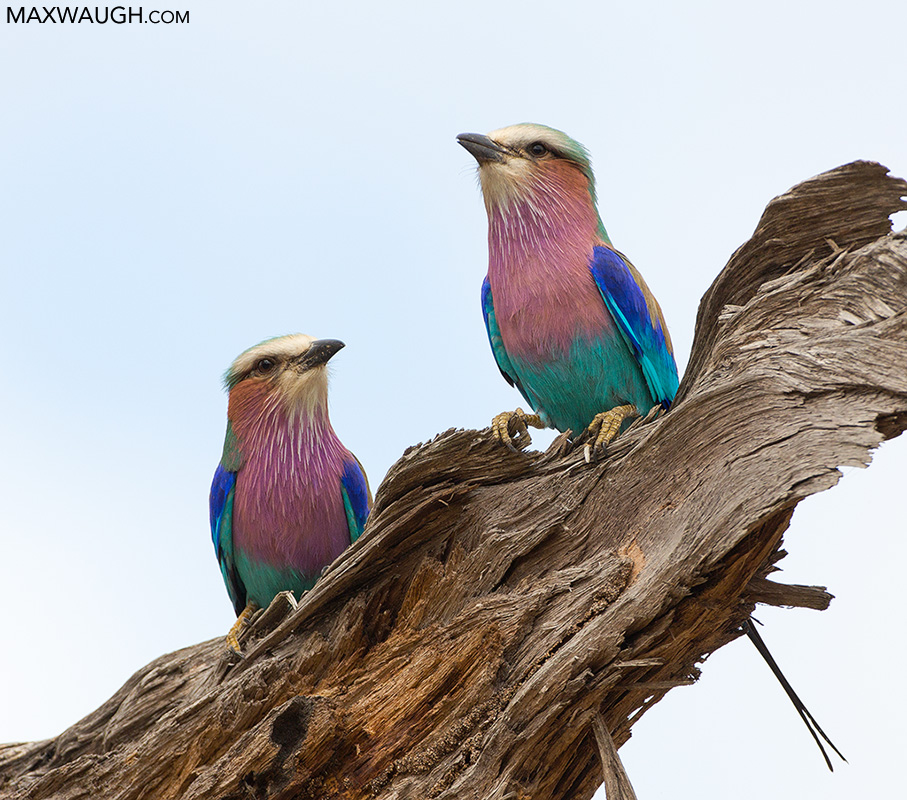 One of Africa’s most colorful birds is quite common. The Lilac-breasted roller has plumage ranging from pink to purple to dark and light blue. 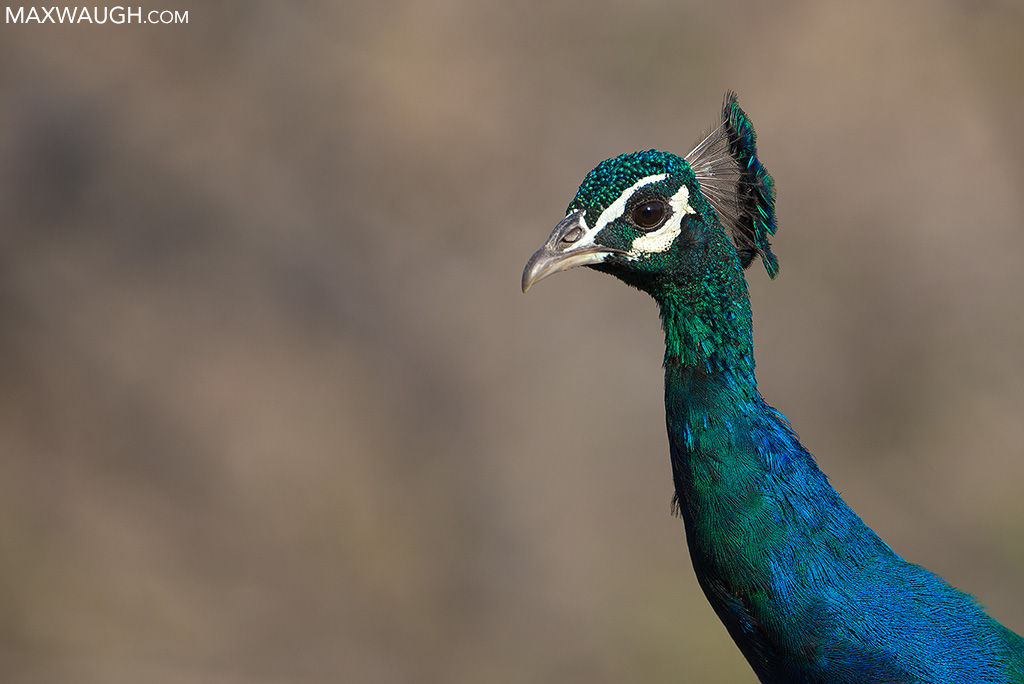 The peafowl is a well-known master of color, with feathers ranging from iridescent blues to greens and yellows. Though pretty widespread in parks and zoos throughout the world, wild peafowls may be found in India. I photographed this one in Ranthambore National Park.

Lest you think only birds can be super colorful, here’s the Sally lightfoot crab. This species is common throughout the Galapagos Islands. 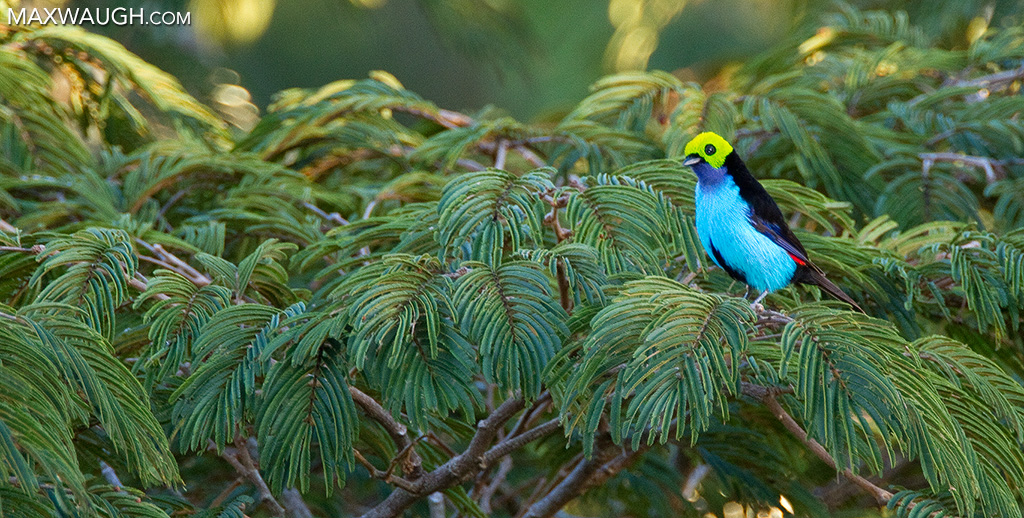 I don’t have any great photos of the Paradise tanager, but it’s one species that must be included in this discussion. It may have the widest range of plumage colors of any species, from that bright neon yellow to blue to black… and yes, that’s even some red hiding on the backside. It’s too bad I only see them high up in the canopy most of the time. This one was photographed from a platform in Bolivia. 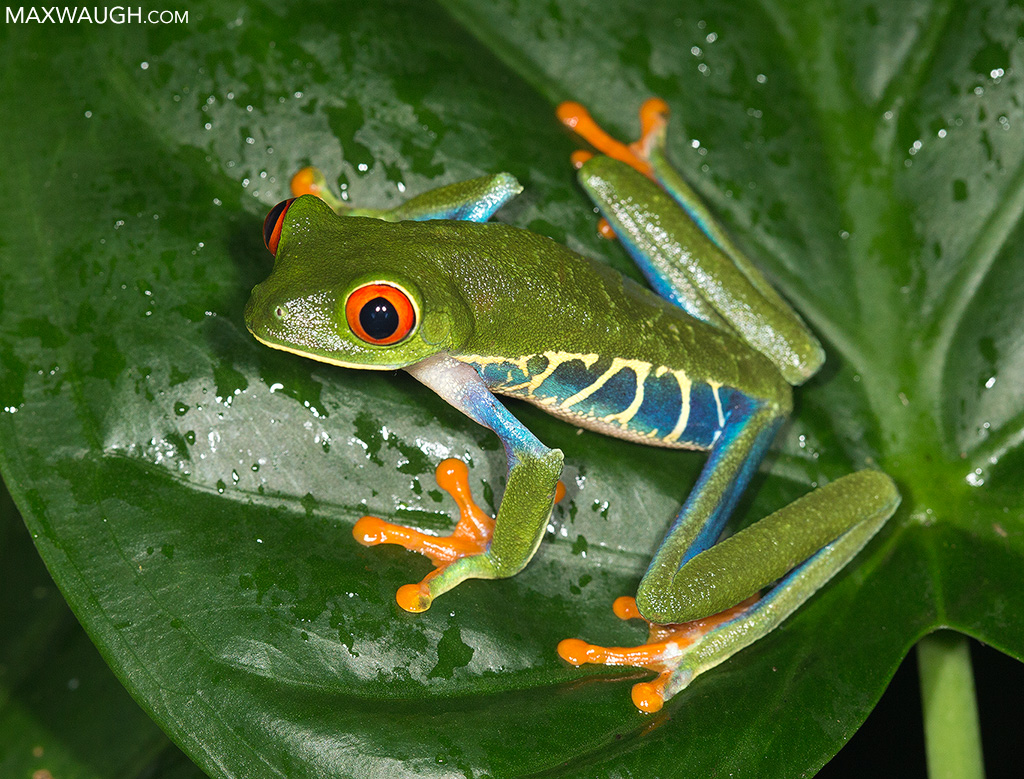 Reptiles and amphibians come in a wide variety of colors. The red-eyed tree frog is a popular species among wildlife watchers and photographers thanks to its mix of not only red, but green, blue and orange.  I photographed this one in Costa Rica. 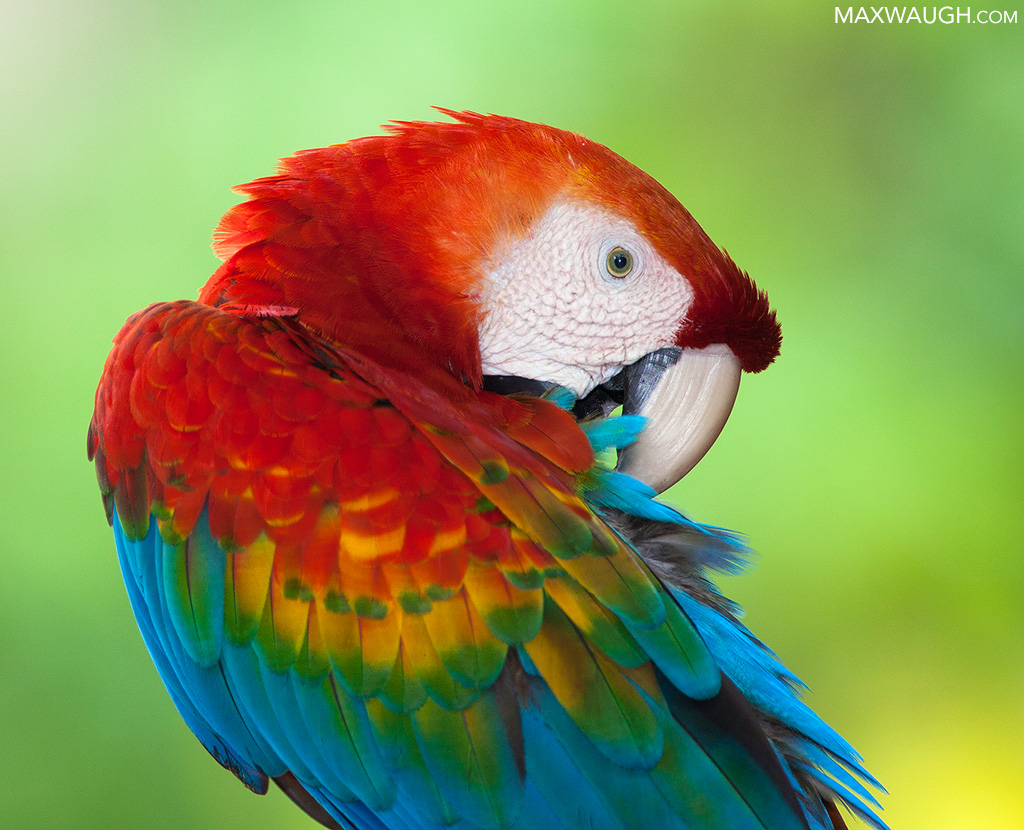 In truth, macaws are loud, obnoxious birds. This one took to attacking visitors at a jungle lodge in Peru. But hey, at least it looked good doing so! 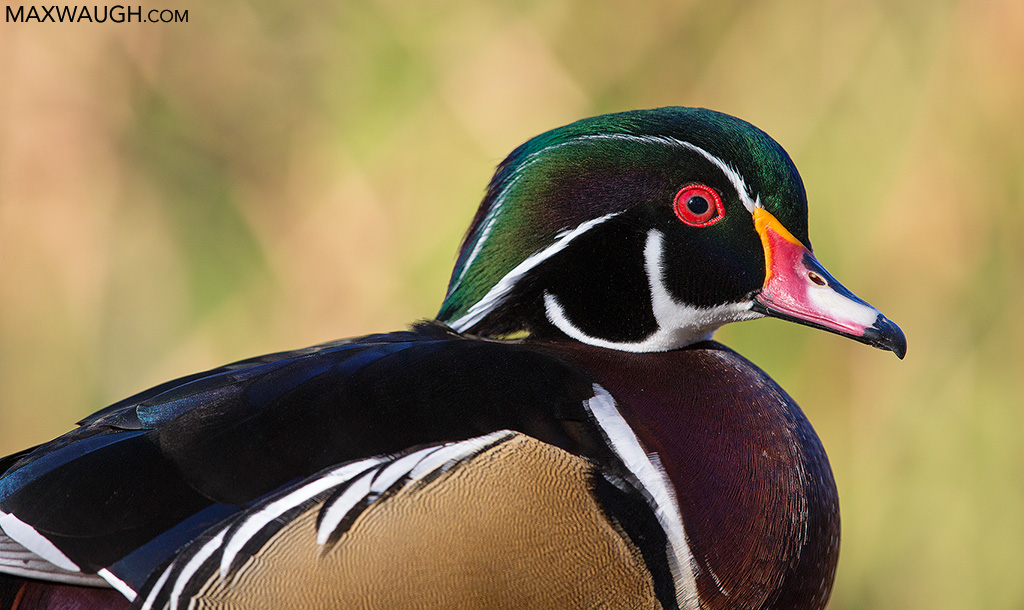 And just so you don’t think we’re completely devoid of color here in the Pacific Northwest, we can at least lay claim to one of the world’s most handsome and regal birds: the Wood duck.