Nature and Travel Web Stories You May Have Missed

Occasionally, interesting or unique articles and videos pop up on my social media feeds depicting some rare or interesting wildlife and nature footage.  I thought it might be fun to share some of these links and stories here, in case you missed them.  Okay, I admit not everything is going to be nature-related, and occasionally some of these items might simply be worthwhile for the humor, but in many cases we’re afforded a rare glimpse of a special moment or encounter that most of us will never see.

In Norway, someone was enjoying the great outdoors when they witnessed a wolverine attacking a caribou.  I can’t imbed the video, so you’ll have to watch this remarkable footage (recorded from a distance, so it’s not gory) here.

Showdown Between Eurasian Lynx and Wolf

Naust Eco Station shares camera trap footage from Naliboki Forest in Belarus.  There are all manner of interesting wild creatures caught on the cameras, including foxes, badgers, eagles, moose and even raccoon dogs!  They recently shared a remarkable showdown between a Eurasian lynx and a gray wolf.  Note how large this species of lynx is!

After a series of bad luck with camera traps we have got a true diamond! Our camera documented an encounter between a lynx and a wolf! Never give up!

Here’s the full sequence of images, depicting the two animals as they came to blows briefly:

Seriously, this is one of the coolest photos (taken by Cecilia Wessels) I’ve seen in recent years.  Someone at the BBC agrees.

Esquire breaks down “what is likely the best short story you will read this year,” the tale of a woman who was forced to drown a rabid raccoon in self-defense.  Read the Esquire piece here, or the original article here.

It’s not exactly dogs and cats living together, but eagles raising hawk chicks is still a bit strange.

Eagles raising hawk chicks?  Apparently it’s been documented before  Though it’s not uncommon for smaller birds to lay eggs in another nest, essentially tricking a different species into raising their young, it’s pretty rare to see this behavior among raptors.  It’s been happening recently at a nest site in British Columbia, where Bald eagles have successfully raised a Red-tailed hawk chick with their own eaglets.

…and a Wild Lioness Nursing a Leopard Cub!

What’s the world coming to.  In a documented first, new photos from Tanzania show a wild lioness nursing a leopard cub!  This could be a similar situation to what scientists believe may have caused the eagle/hawk switch.  The lioness likely ended up with the cub as prey (or perhaps killed its mother) before its motherly instincts kicked in.

In case you wonder what leopard and lion cubs look like, there’s a noticeable difference:

I’ve seen photos of spiders with birds ensnared in their webs, but this is the first time I’ve heard of mantids attacking and eating birds.  Researchers have witnessed multiple cases of praying mantises attacking birds (mainly hummingbirds) in various countries.

See some pretty incredible video footage by time-lapse photographer Tom Lowe, in the trailer for his upcoming film, Awaken.  It contains a gorgeous mix of regular video and time lapse footage, some of which employs filming techniques that haven’t been used before.

Sri Lankan Navy Rescues an Elephant 16km Out to Sea

I’ve heard stories of random animals like crocodiles being seen miles out in the ocean before, but an elephant?  Apparently this Asian elephant may have been caught in a current and swept out as it tried to cross between islands.  Enter the Sri Lankan navy…

In recent winters, the bobcats along Yellowstone’s Madison River have come out for a couple weeks at a time and put on a show for photographers and park visitors.  I haven’t been lucky enough to see it (I’m always either too early or too late), but several of my peers in the park have had success photographing these elusive cats after chartering snow coaches to specifically find a bobcat.

A recently-published study estimates the amount of money being brought in by the Madison River cats, and it’s pretty big!  It’s a nice counterpoint to the argument that wildlife always generates more money as targets for hunters than it does as a tourist attraction.

Bobcats are popular attractions in other areas, with photographers flocking to destinations in Texas, Florida and California (where I photographed the bobcat below) to get photo ops with this hard-to-find feline. 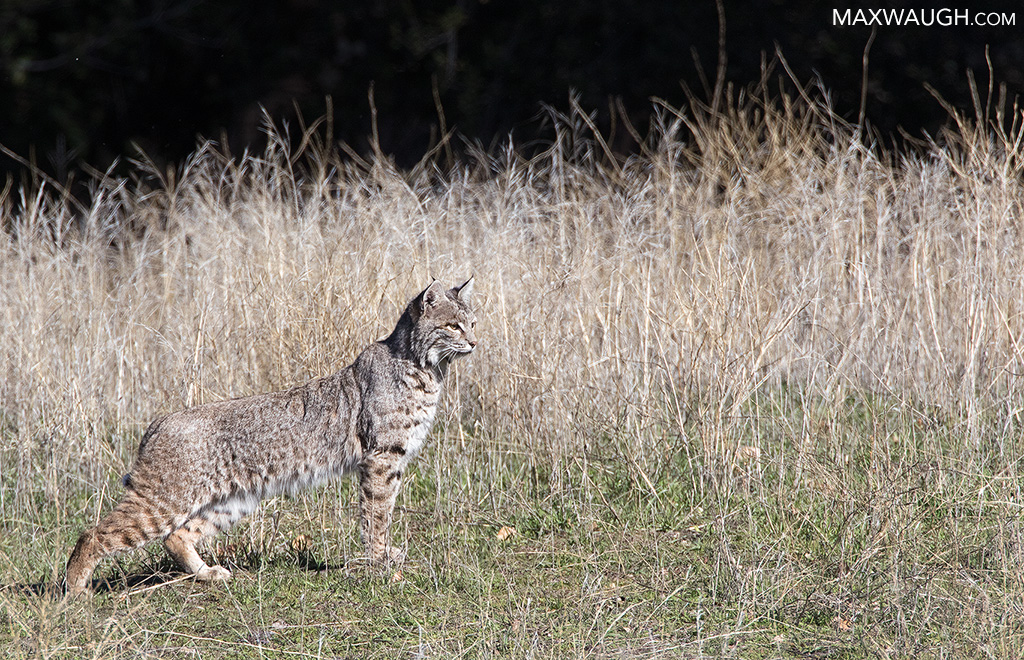 Do you know of other cool nature/travel-themed video clips or stories worth sharing?  Send me an email and I’ll try to feature them next time.