Last year I missed the first three games of the Husky Football season due to my travel schedule, but I was fortunate to be around for the 2017 kickoff.  On a gray, overcast afternoon, Washington opened their home slate against the Montana Grizzlies.  After a quiet win against Rutgers last week, the Dawgs took the Grizzlies to the woodshed, winning 63-7.

See the full photo gallery from this game here.  Select photos are below. 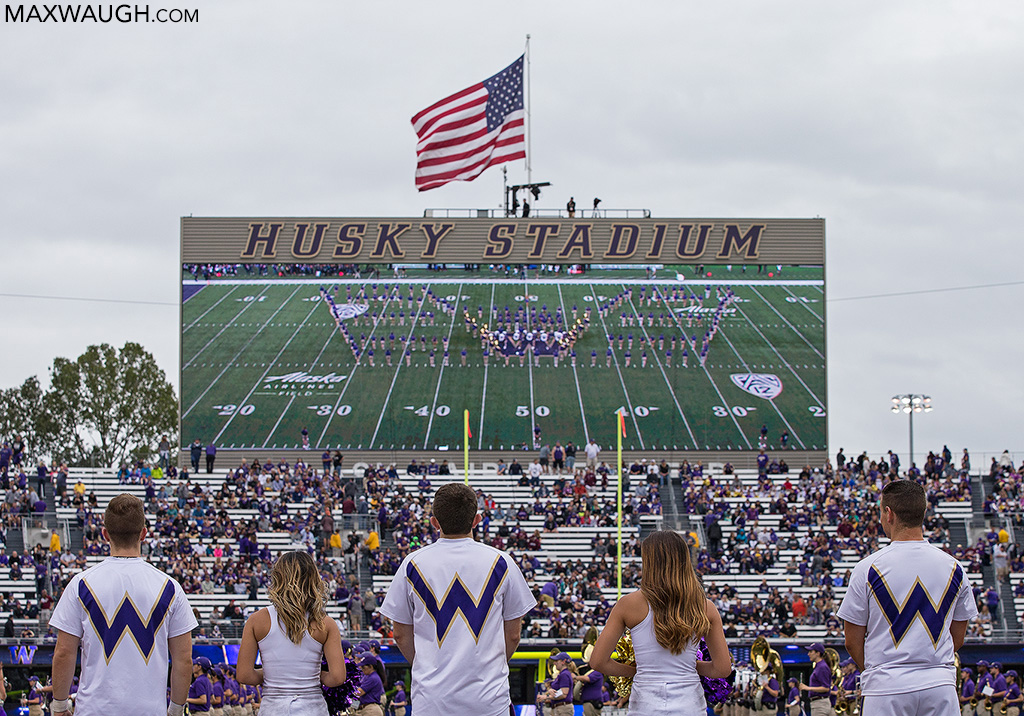 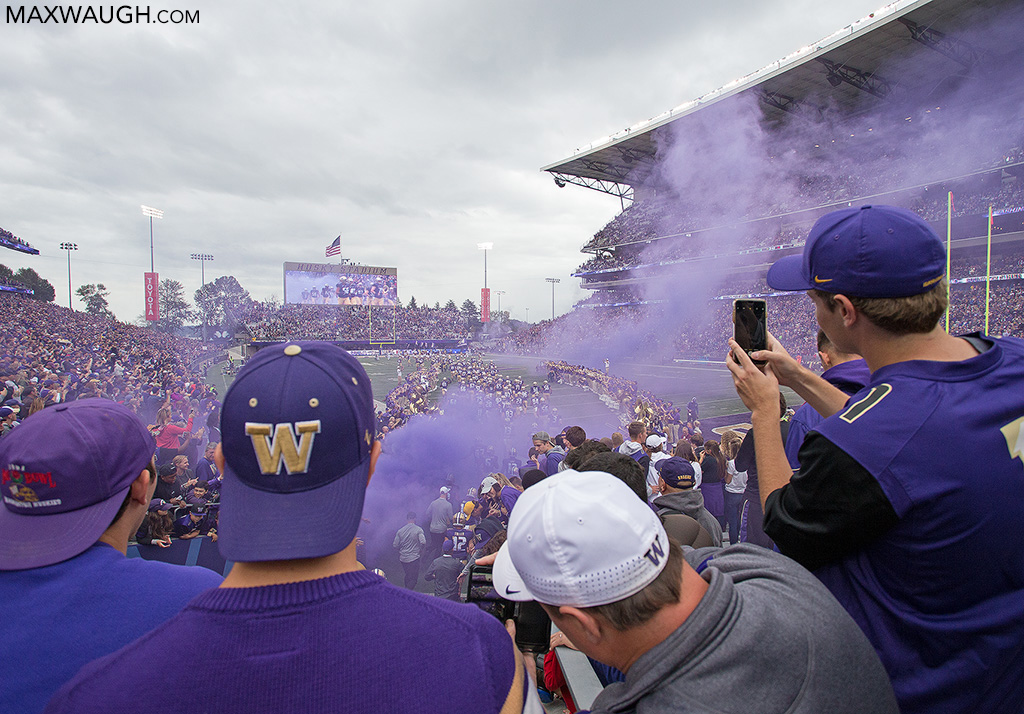 Dawg fans watch the team emerge from the tunnel. 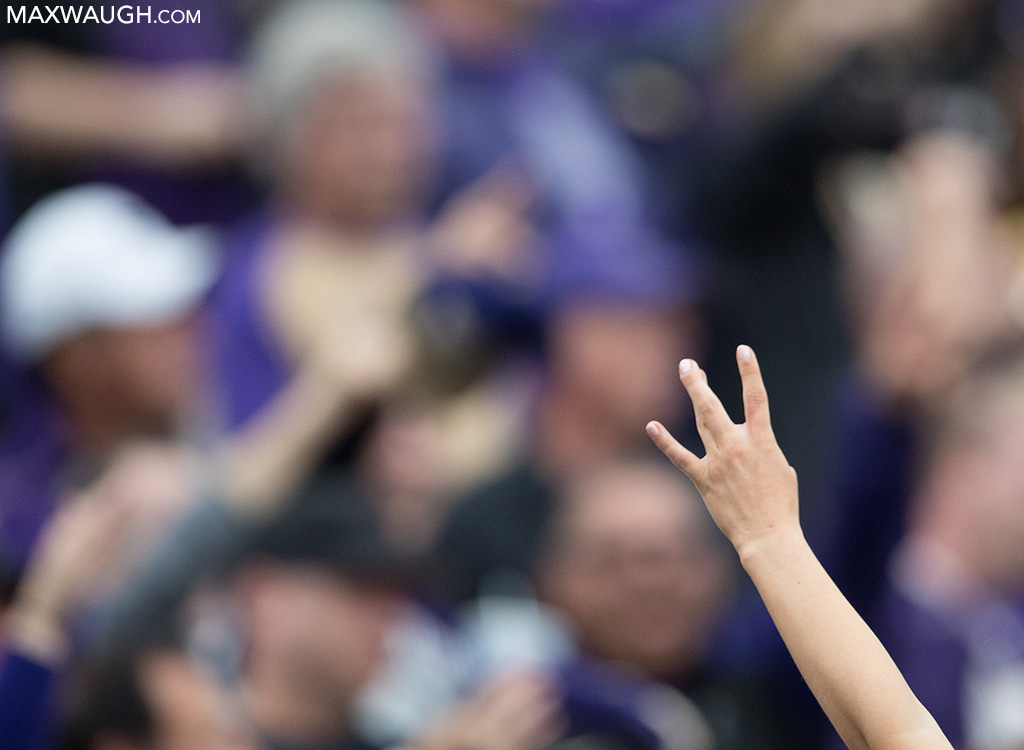 A cheerleader throws her “dubs” up. 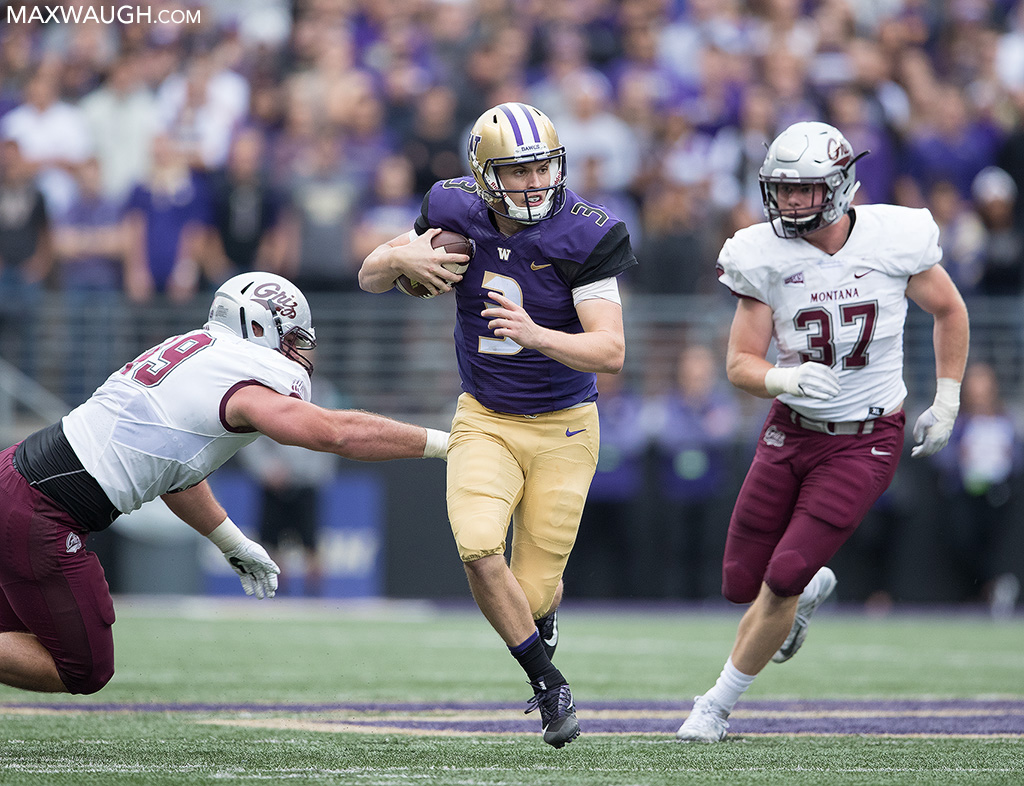 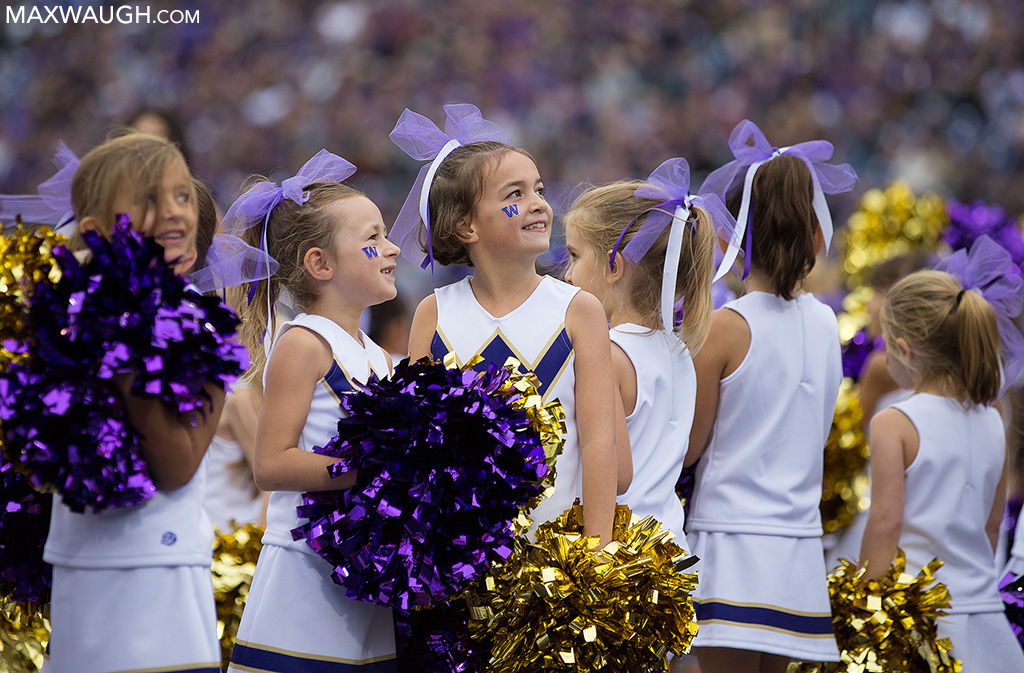 The 2017 Husky Cheer squad got a little extra support from their young fans. 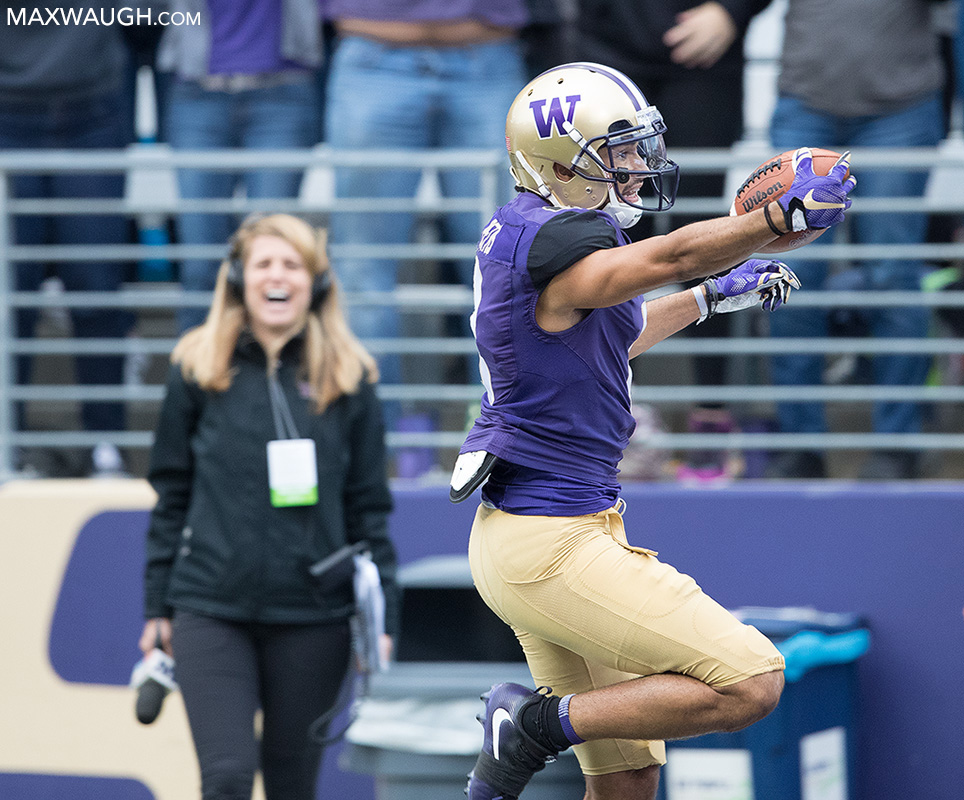 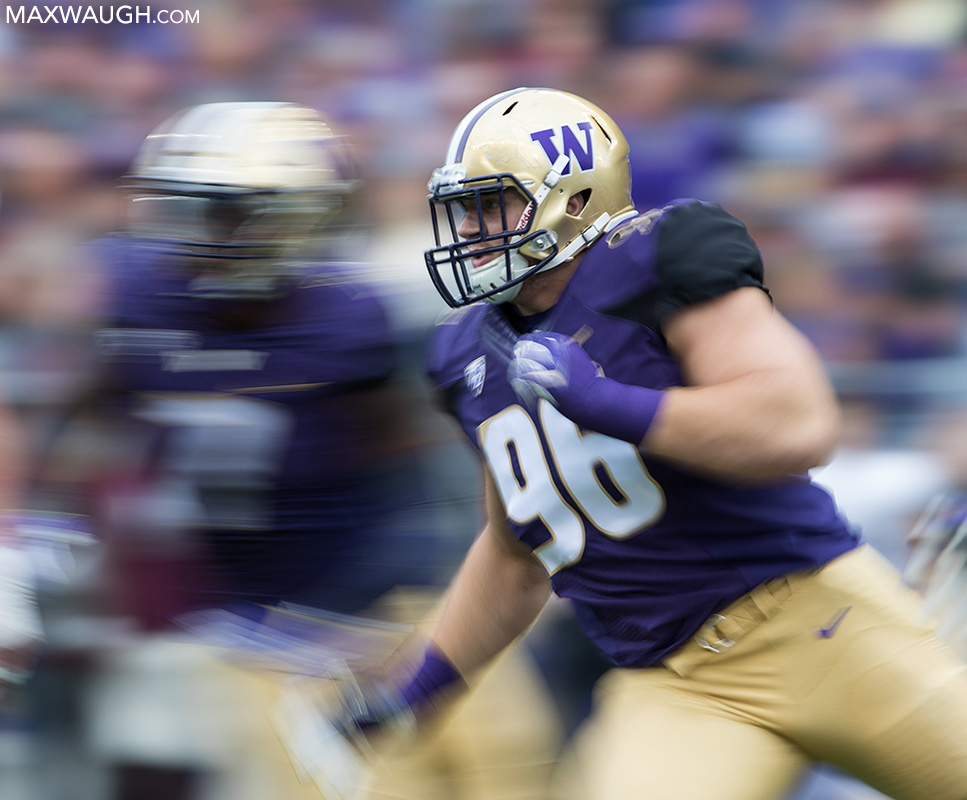 Shane Bowman hurries to the ball. 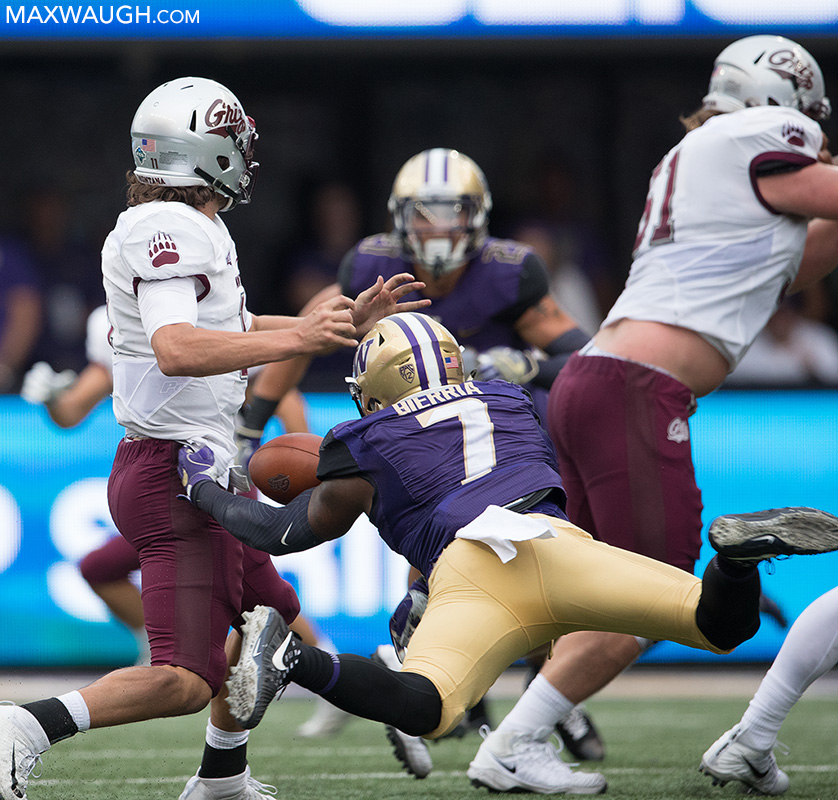 Keishawn Bierria rips the ball loose from the Montana quarterback.

Bierria dives for the ball on his way to recovering the fumble he caused. 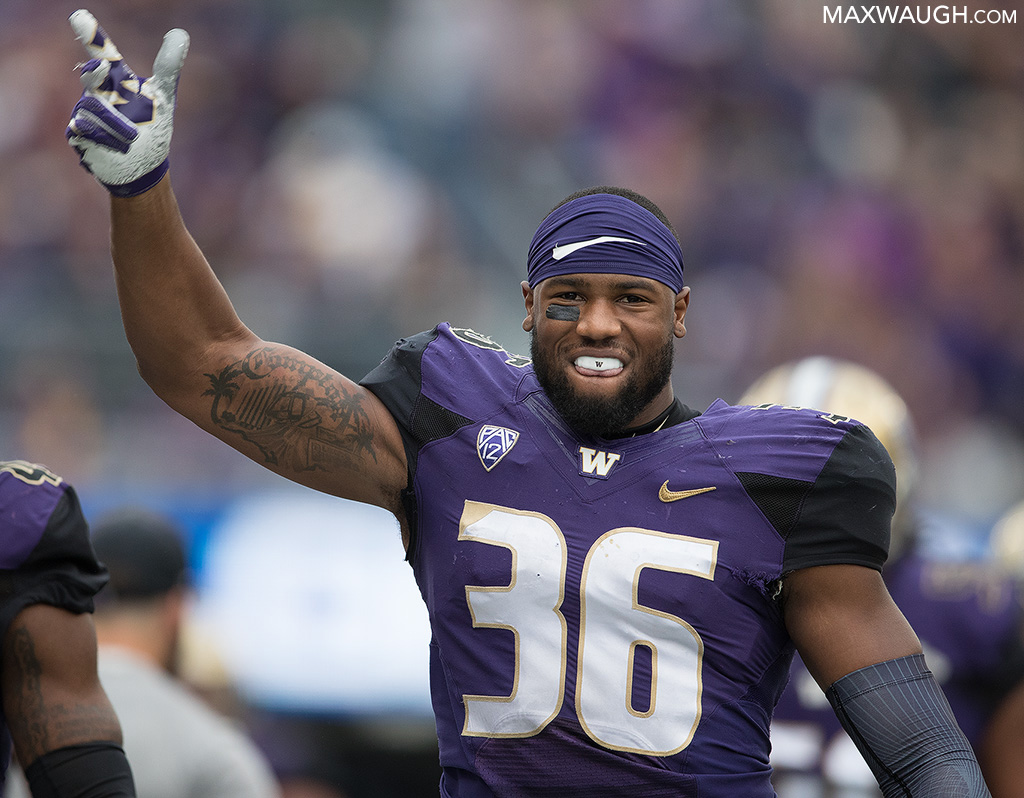 Azeem Victor celebrates a turnover by the Husky defense. 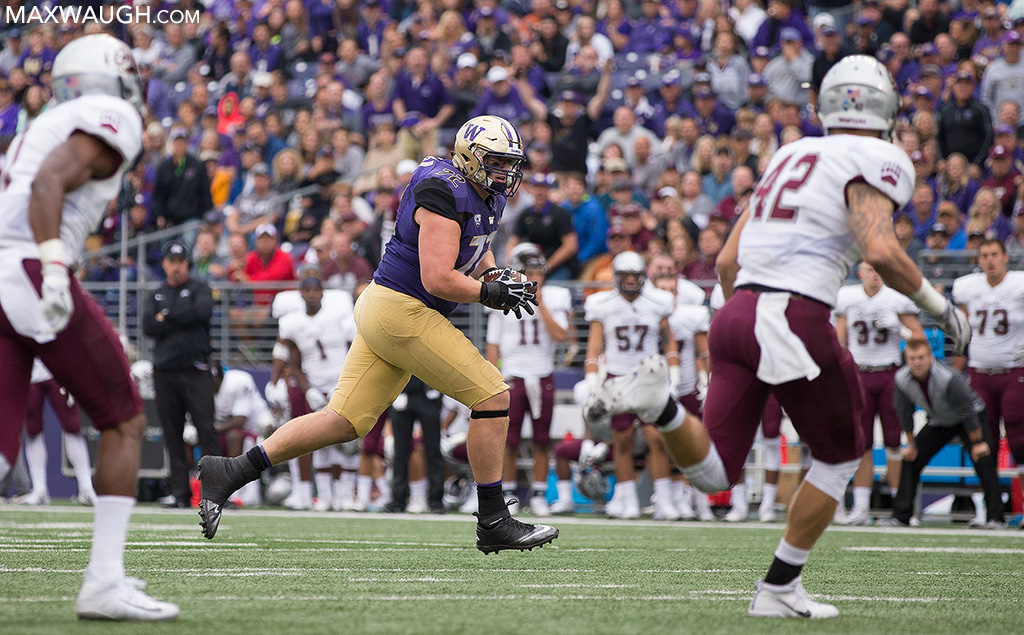 Left tackle Trey Adams rumbles toward the goal line after catching a pass on a trick play. He didn’t quite make it. 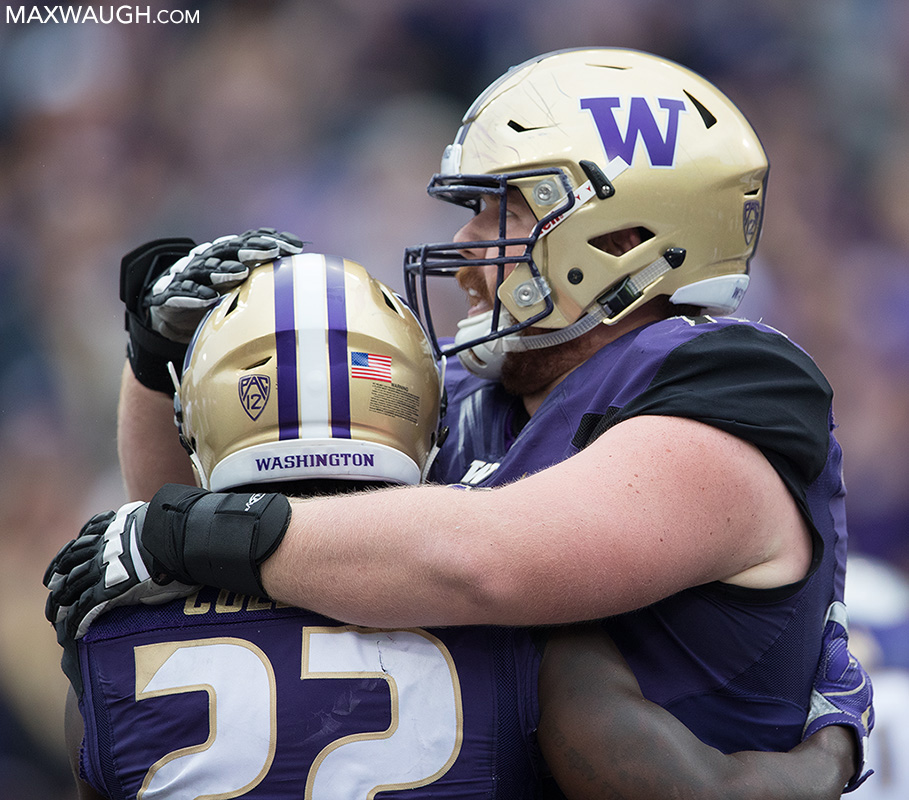 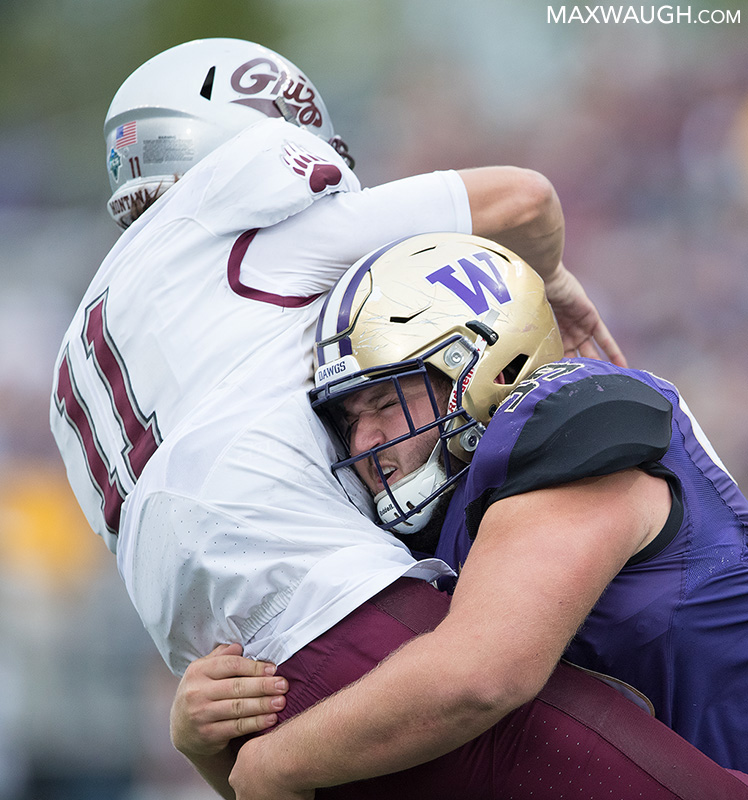 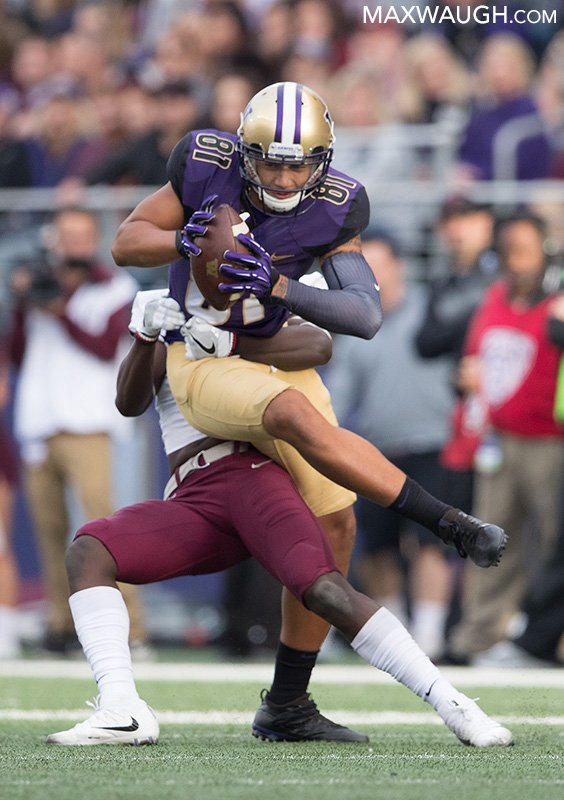 Brayden Lenius holds onto a reception while getting thrown to the ground. 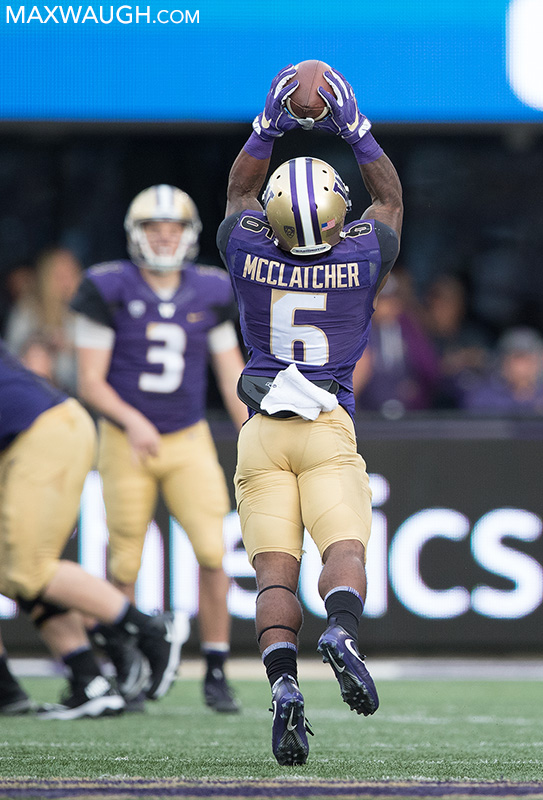 Chico McClatcher hauls in a pass from Jake Browning. 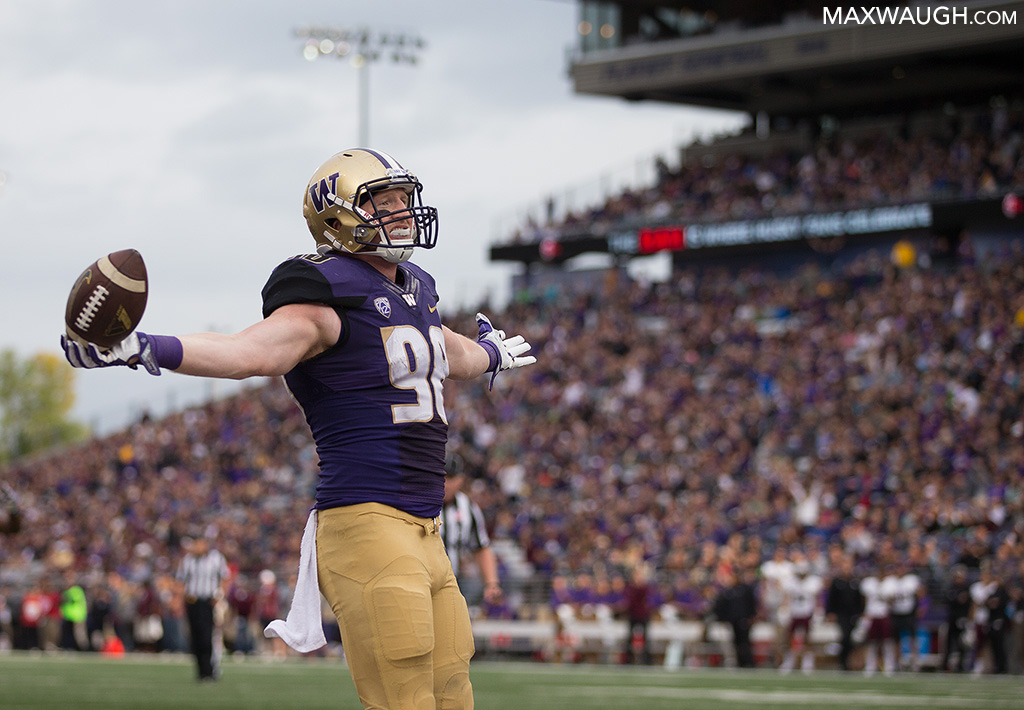 Will Dissly had a great game after Drew Sample left with an injury. This was the first of his two touchdowns. 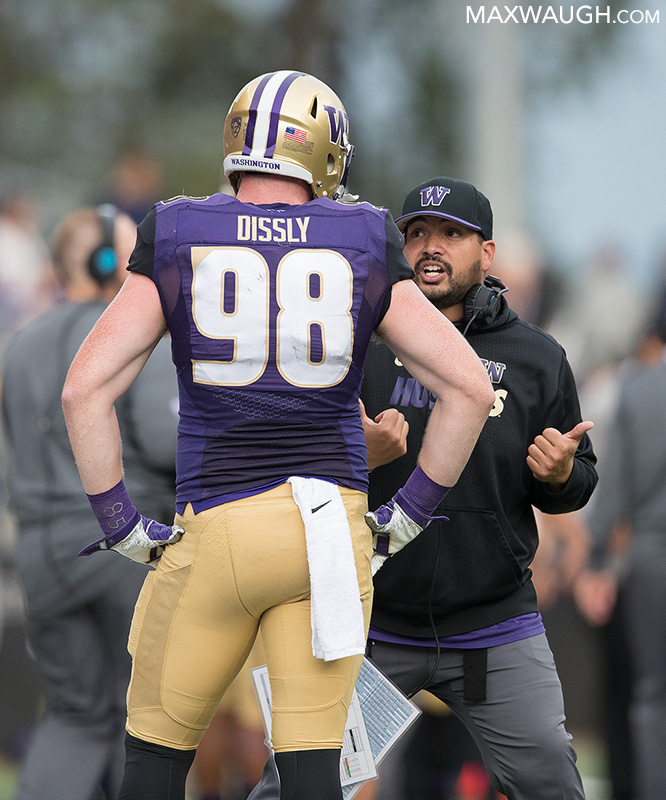 Even after scoring a touchdown, Will Dissly received some tips from tight end coach Jordan Paopao. 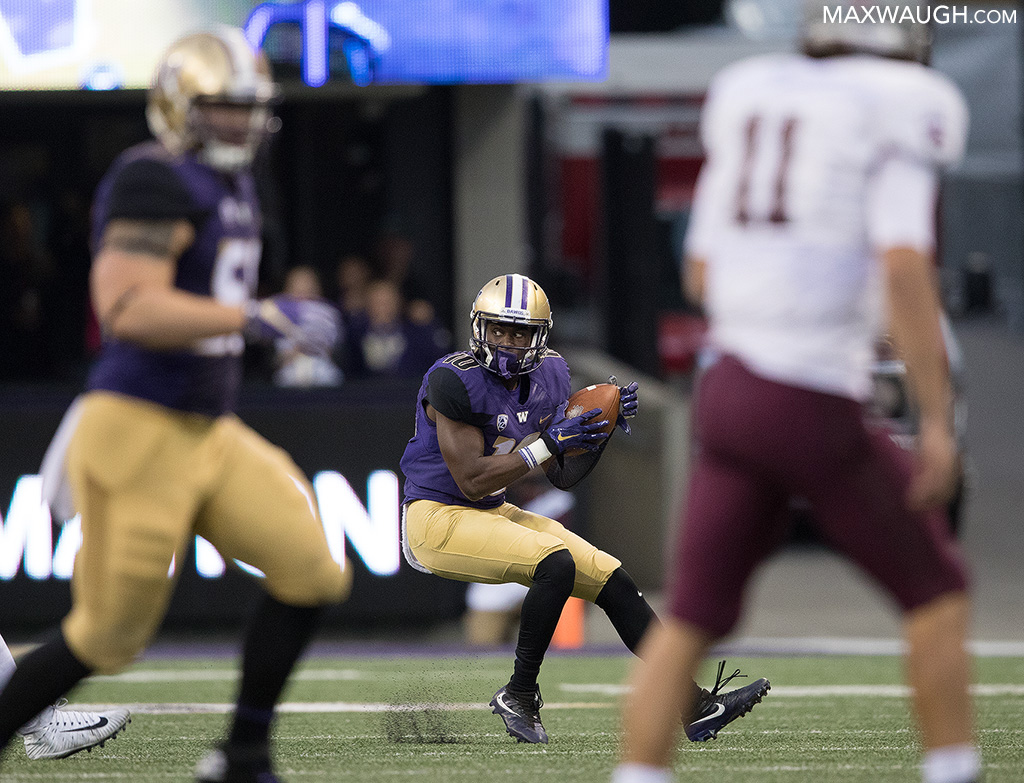 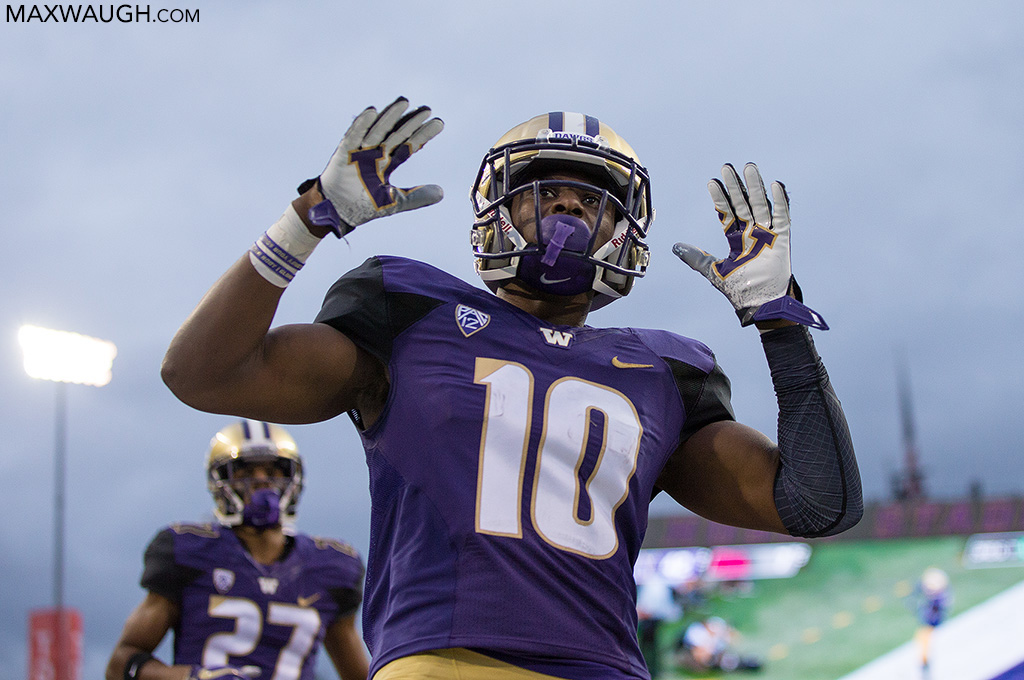 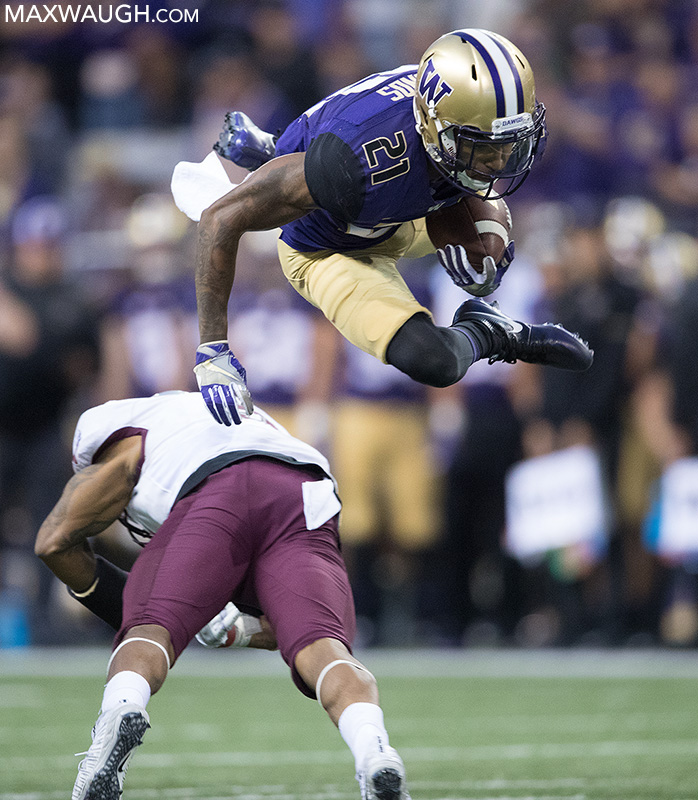 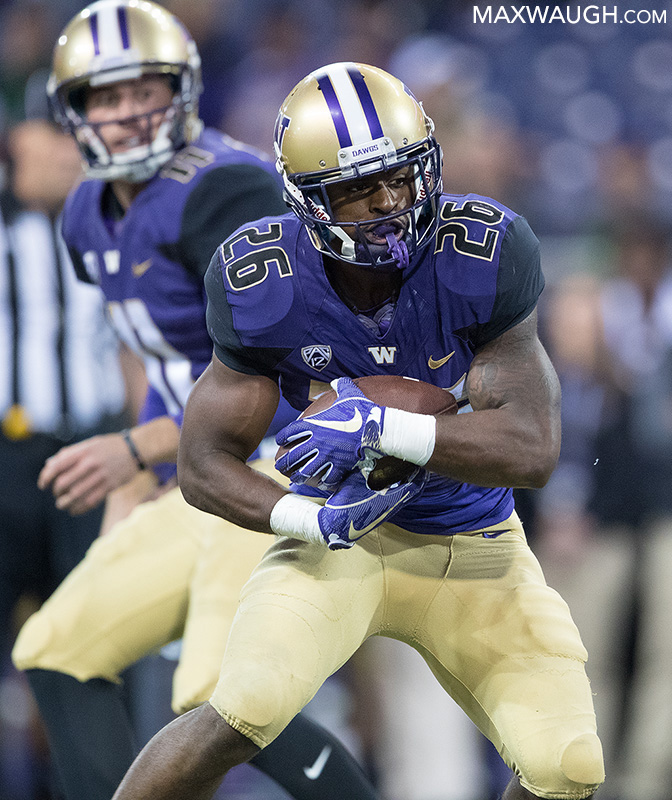 Freshman Salvon Ahmed was the Huskies’ leading rusher on the night. 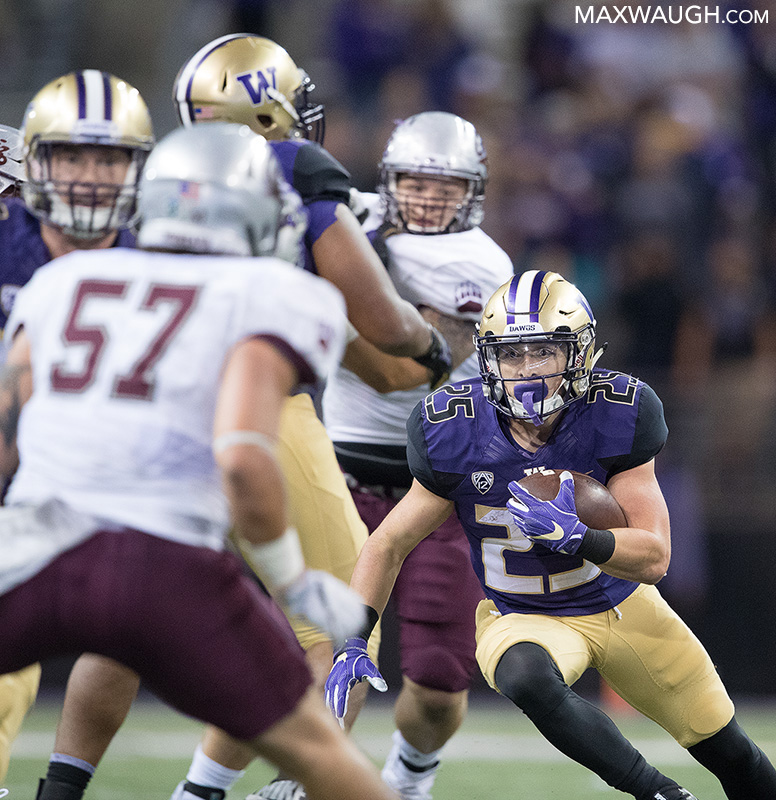 Backup running back Sean McGrew saw his first significant action and scored a touchdown late in the game.

See a few additional images in the full photo gallery.