All is right in the world.  We were back to normal November weather at Husky Stadium (wet and cold), and the Huskies thumped the Oregon Ducks, 38-3.  The game was highlighted by a 64 yard punt return touchdown by Dante Pettis, which broke the game open and set the NCAA career punt return touchdown record.

See the full photo gallery from the game here. A selection of images is below. 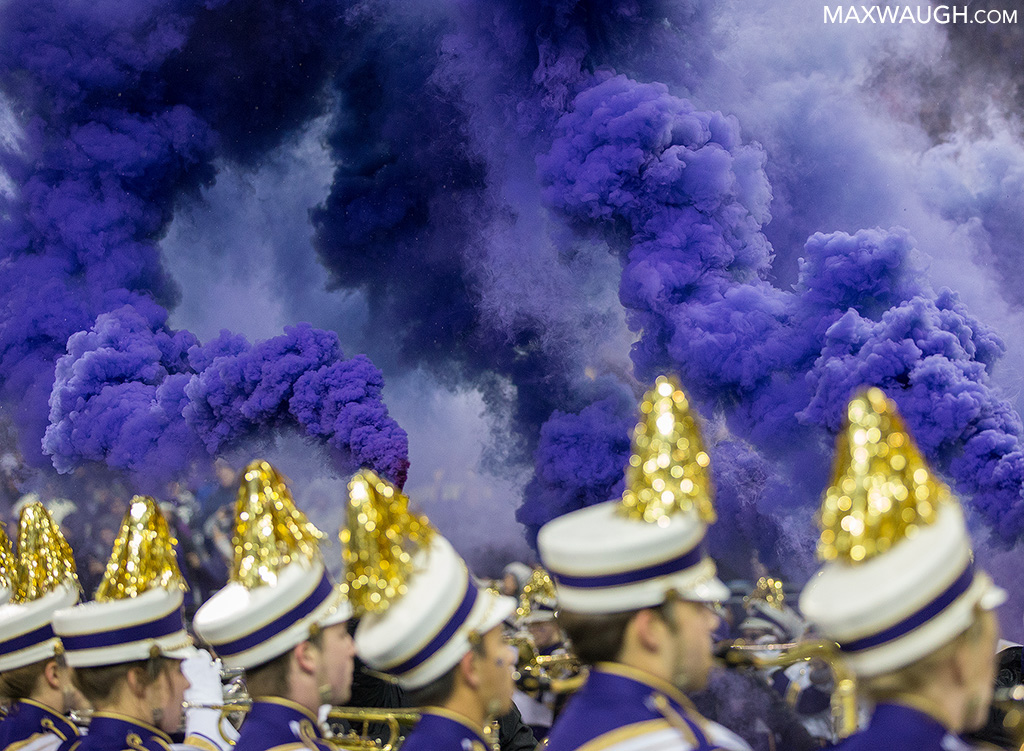 Purple smoke fills the air prior to the Huskies’ arrival. 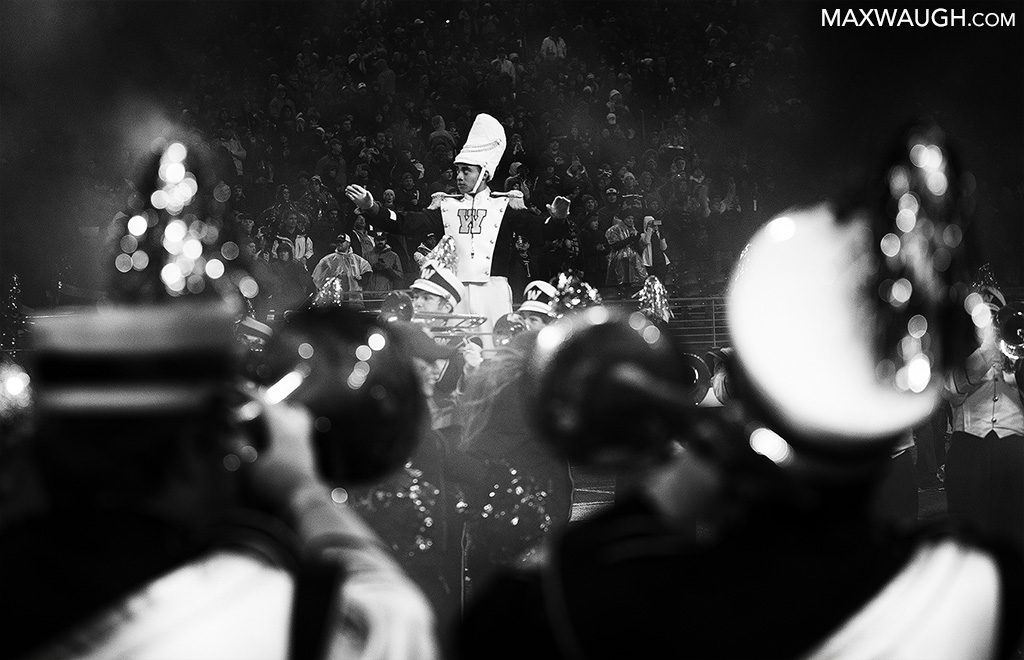 The Husky Band welcomes the team onto the field. 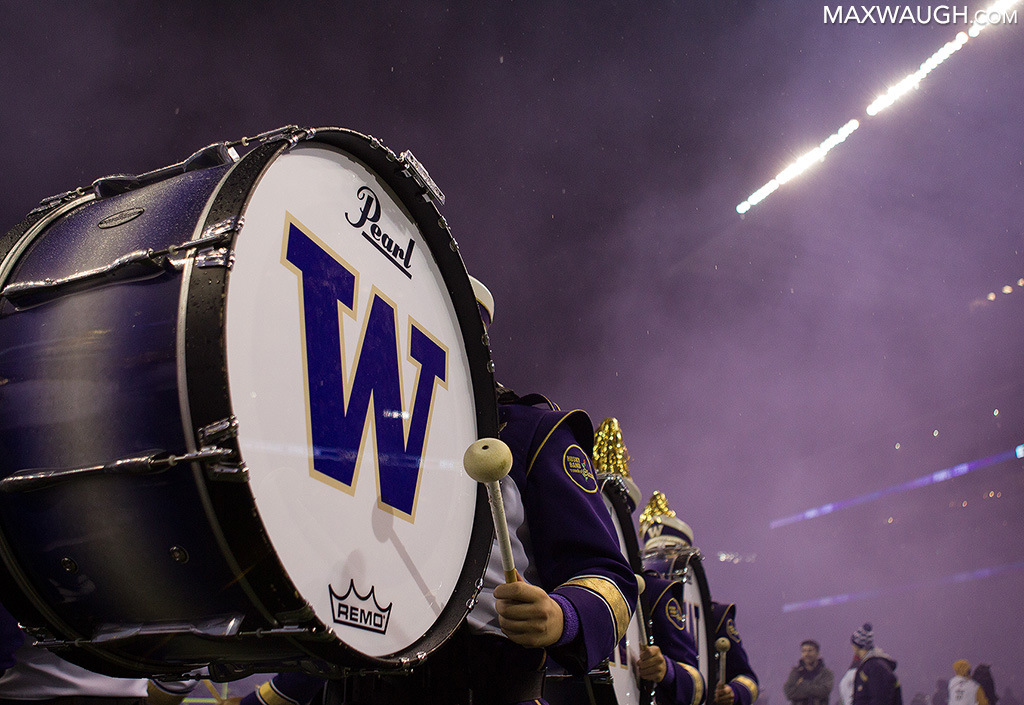 The Husky Band performs in a purple haze. 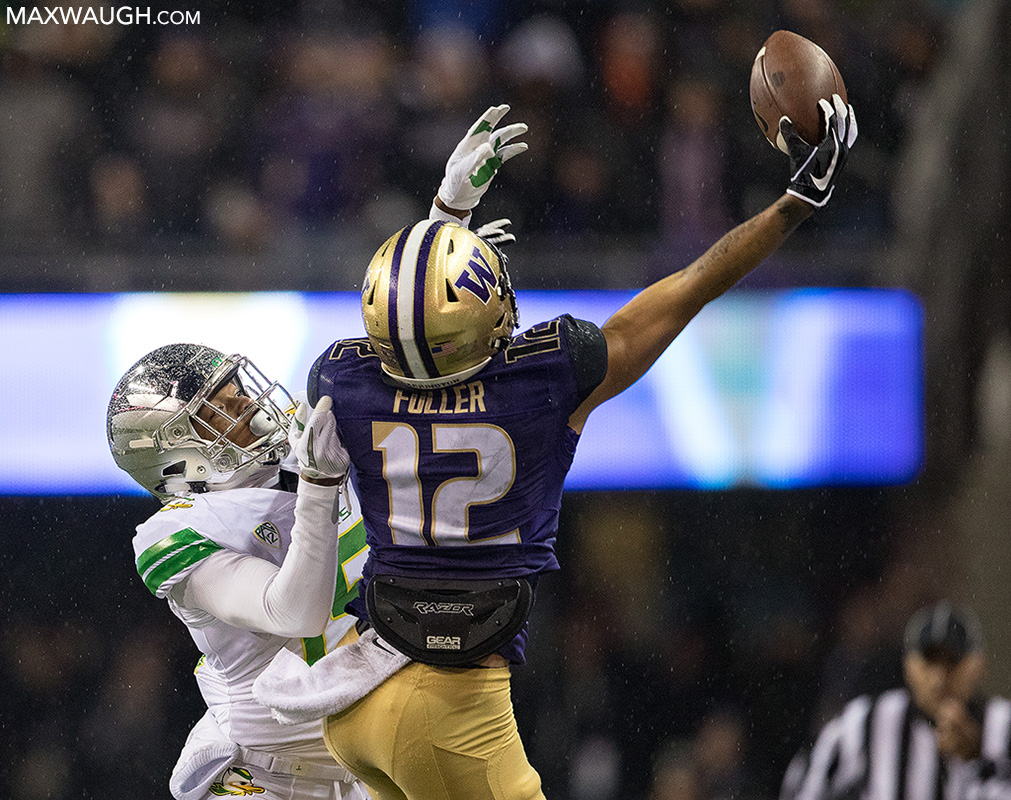 Aaron Fuller makes an acrobatic catch, which was called back for a holding penalty. So he went back and caught the next long pass for a first down anyway. 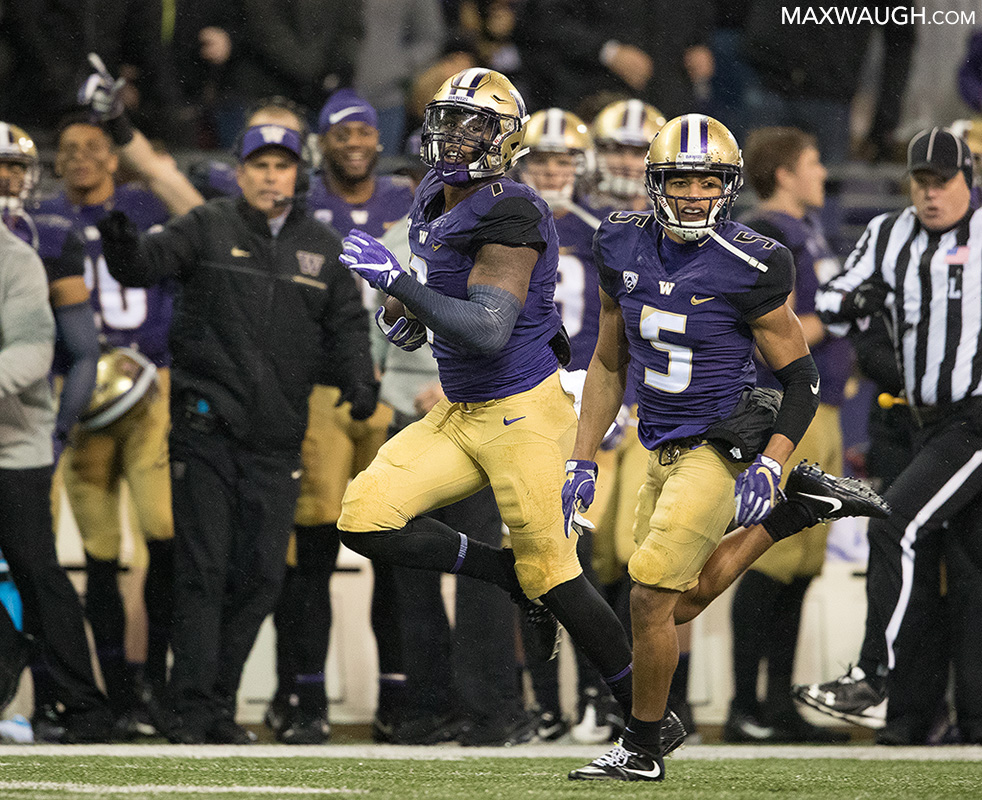 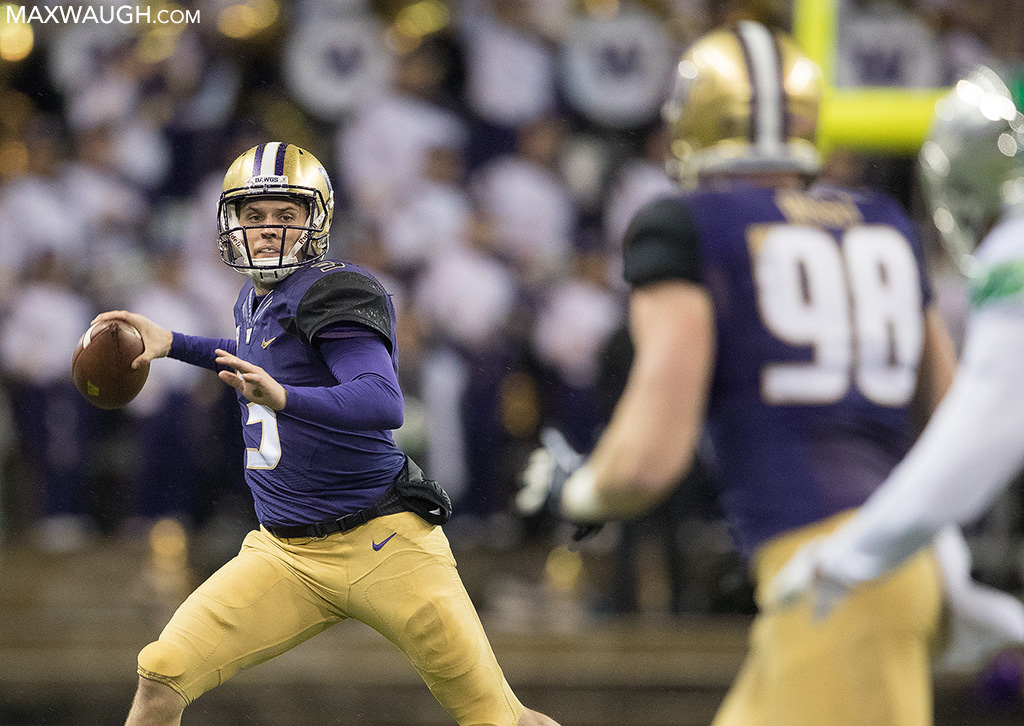 Jake Browning looks for Will Dissly after escaping the pocket. 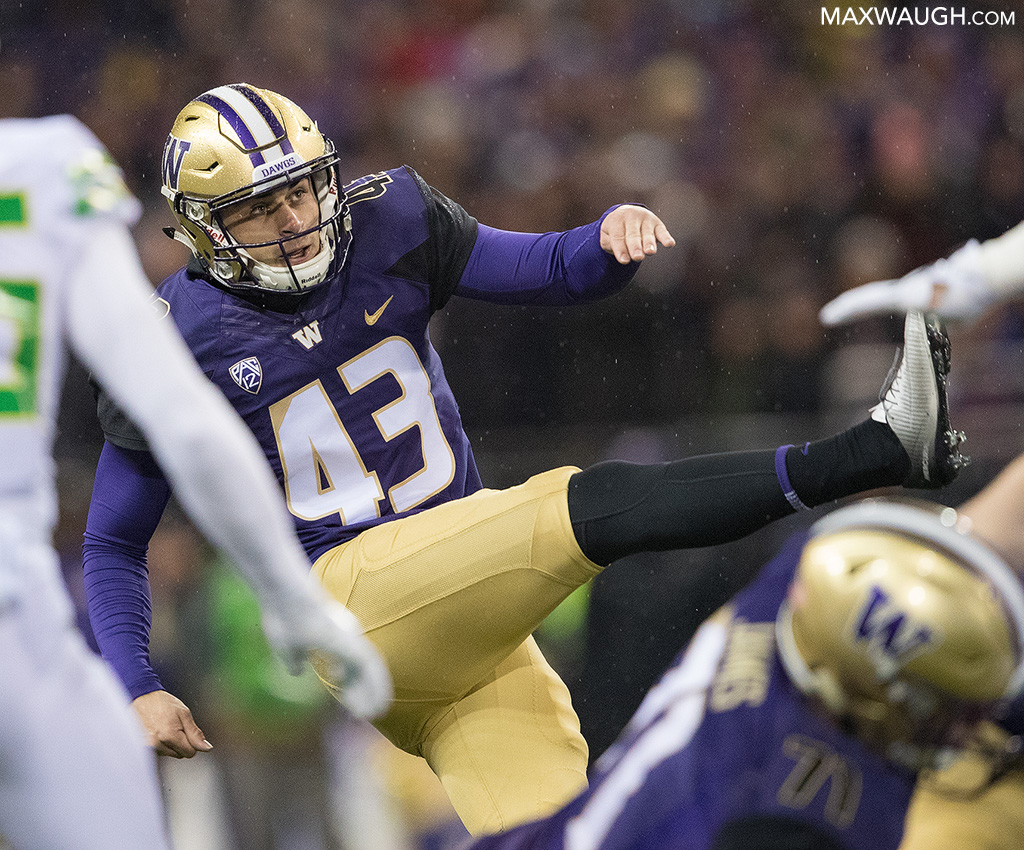 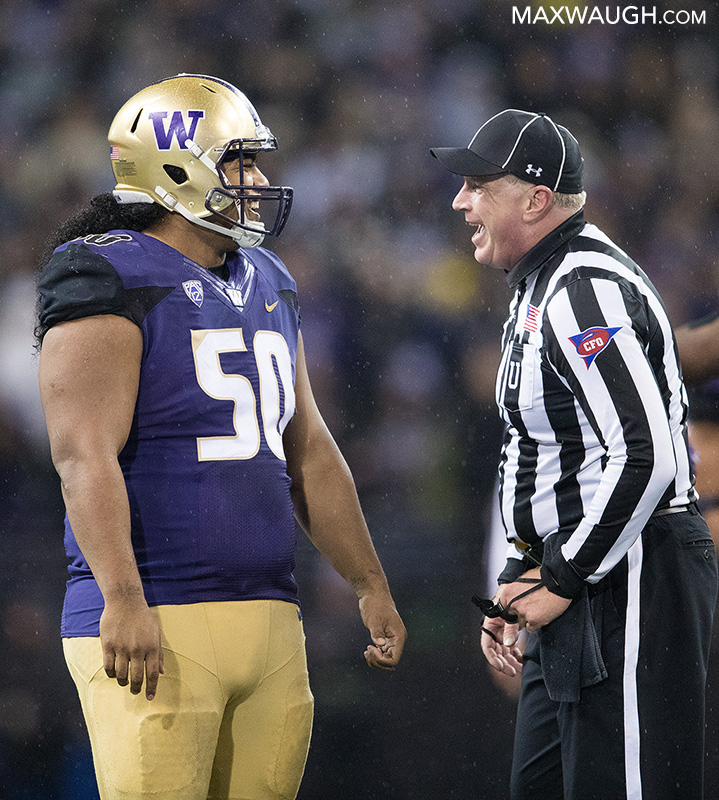 Vita Vea and a referee share a laugh between plays. 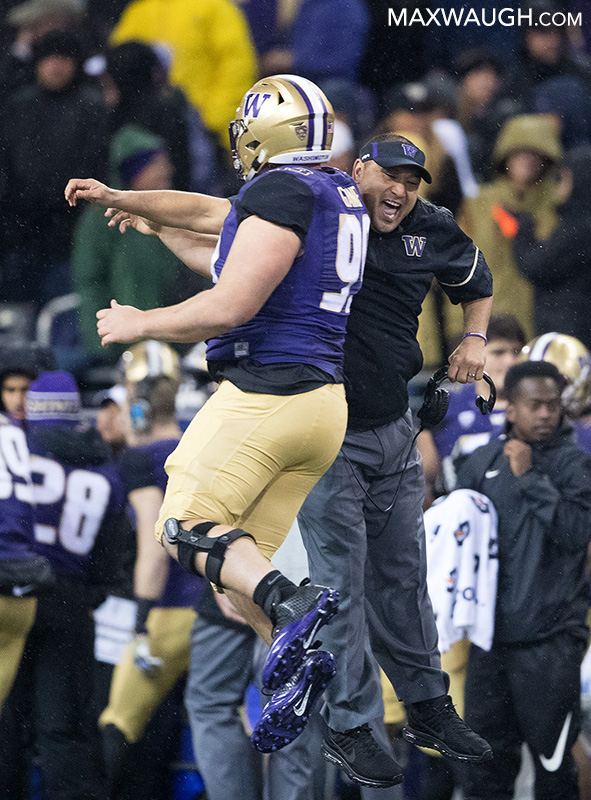 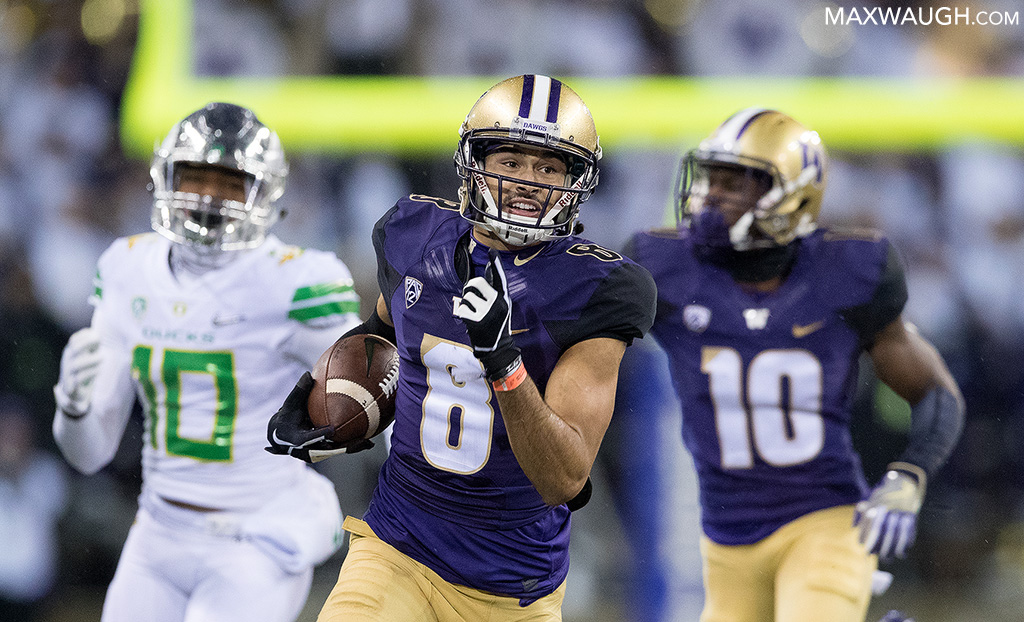 Dante Pettis breaks the NCAA record for punt return touchdowns in a career with a 64 yard runback that broke the game open. 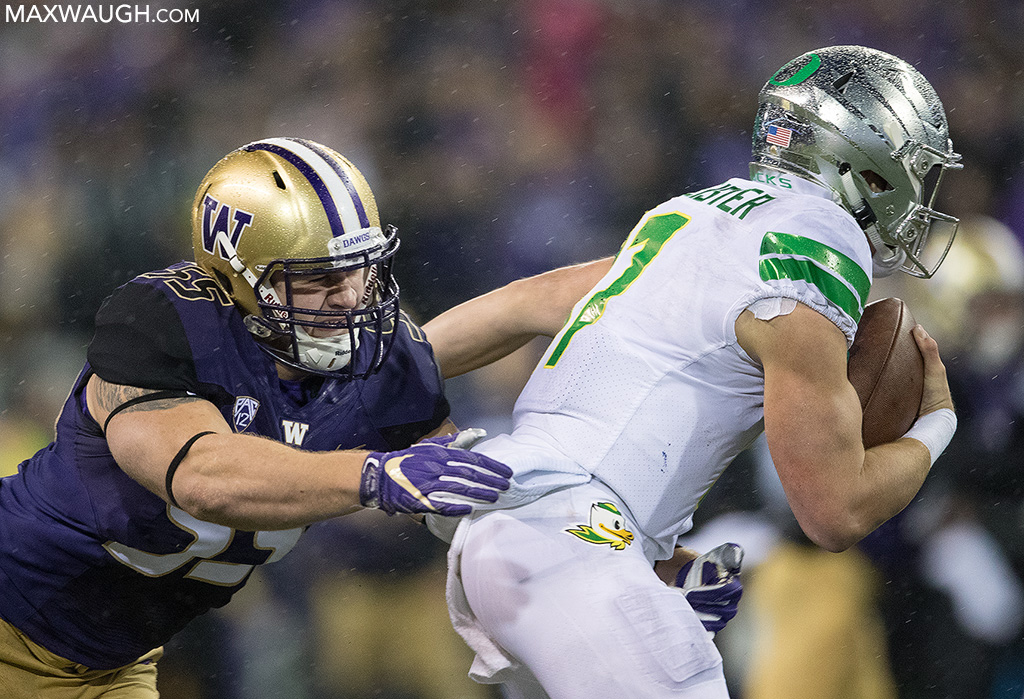 Walk-on lineman Ryan Bowman closes in on a sack. 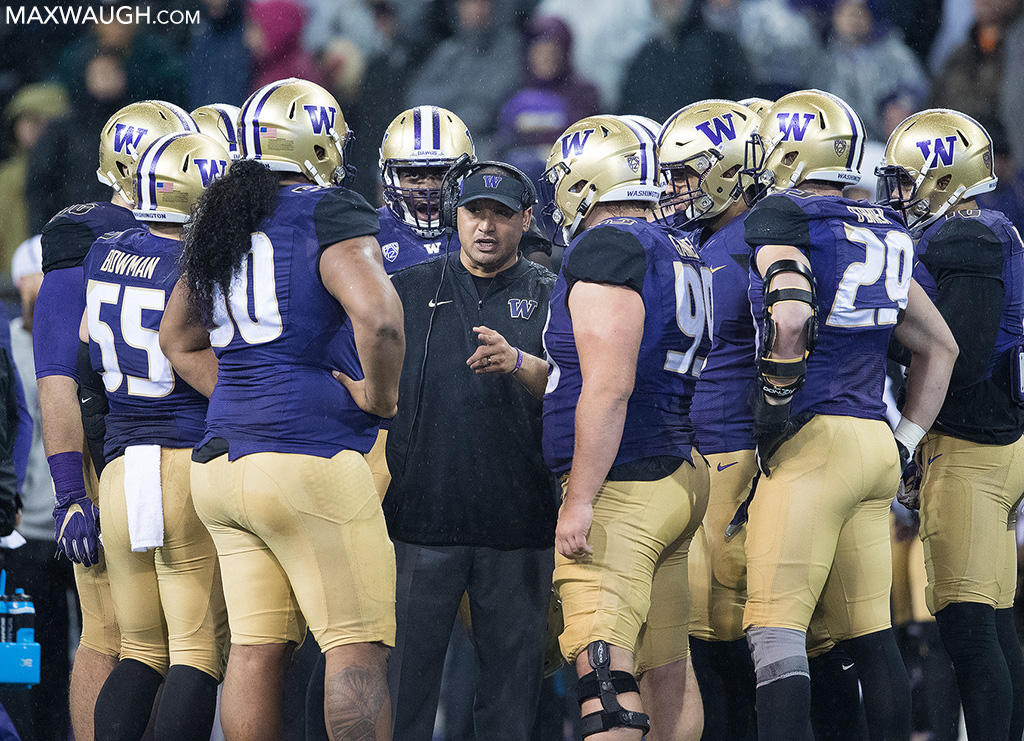 Ikaika Malloe gives his D-linemen instructions prior to another failed Oregon drive. 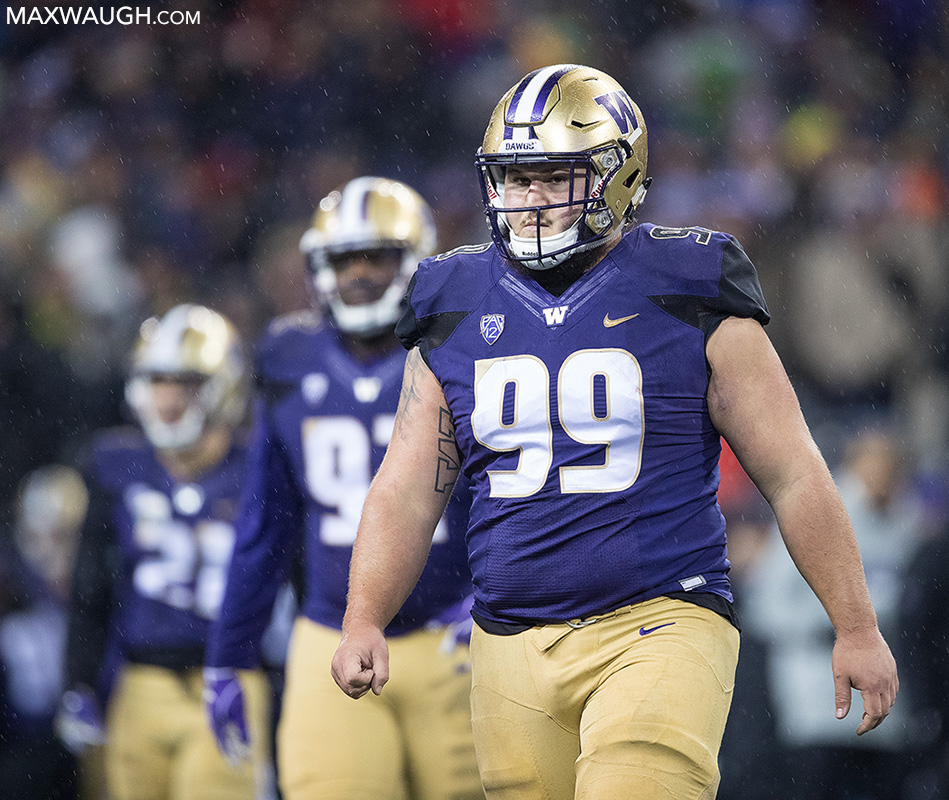 Greg Gaines and the formidable Husky defense take the field. 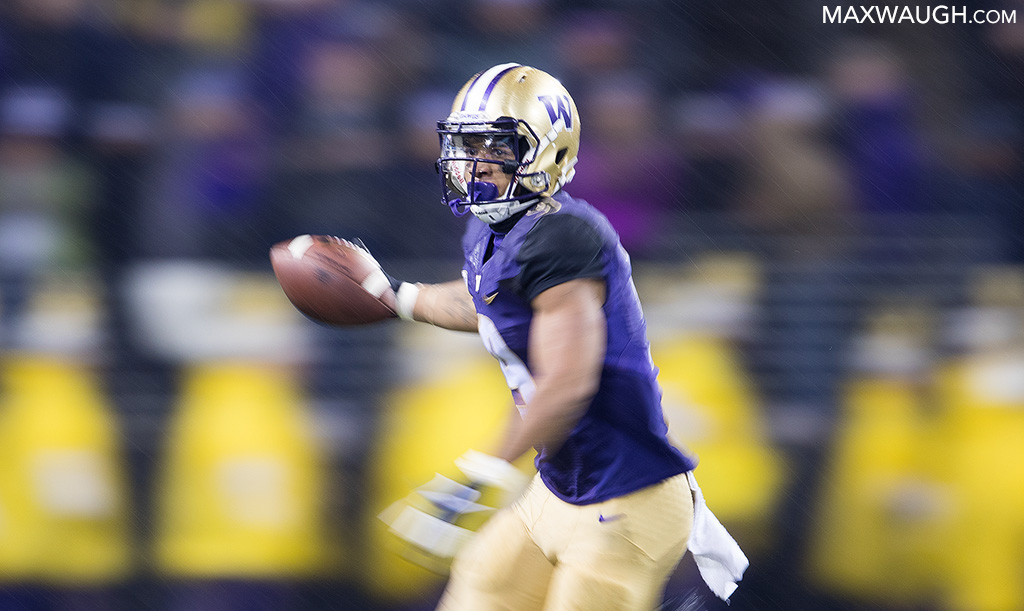 Myles Gaskin fakes a reverse handoff on his way to a 34 yard touchdown run. 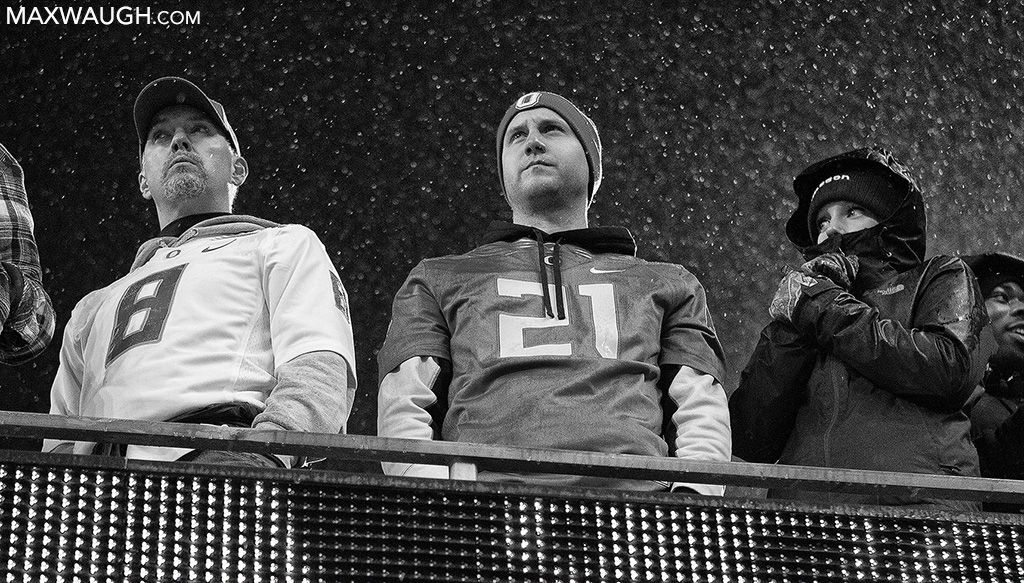 Duck fans realize the game is about to get out of hand. 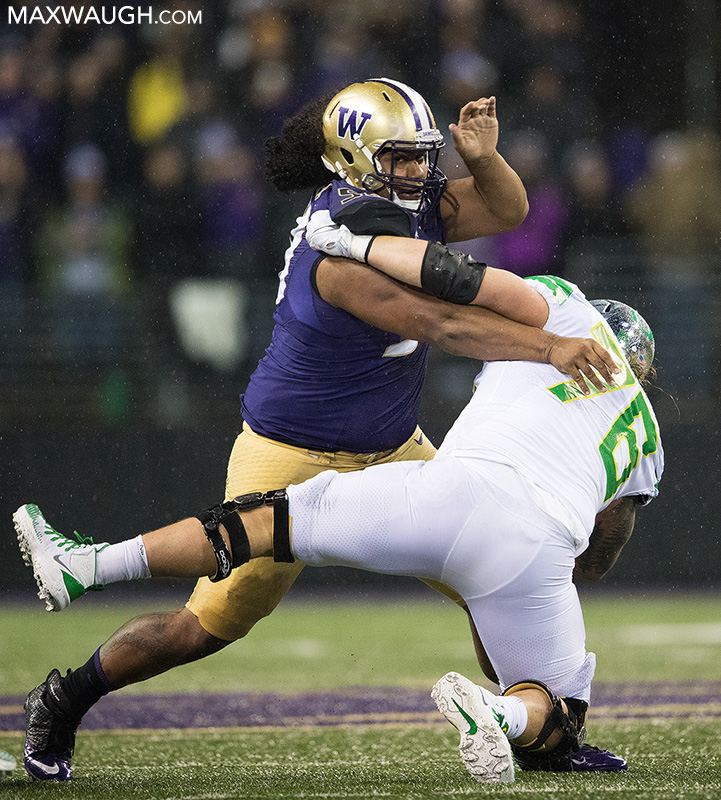 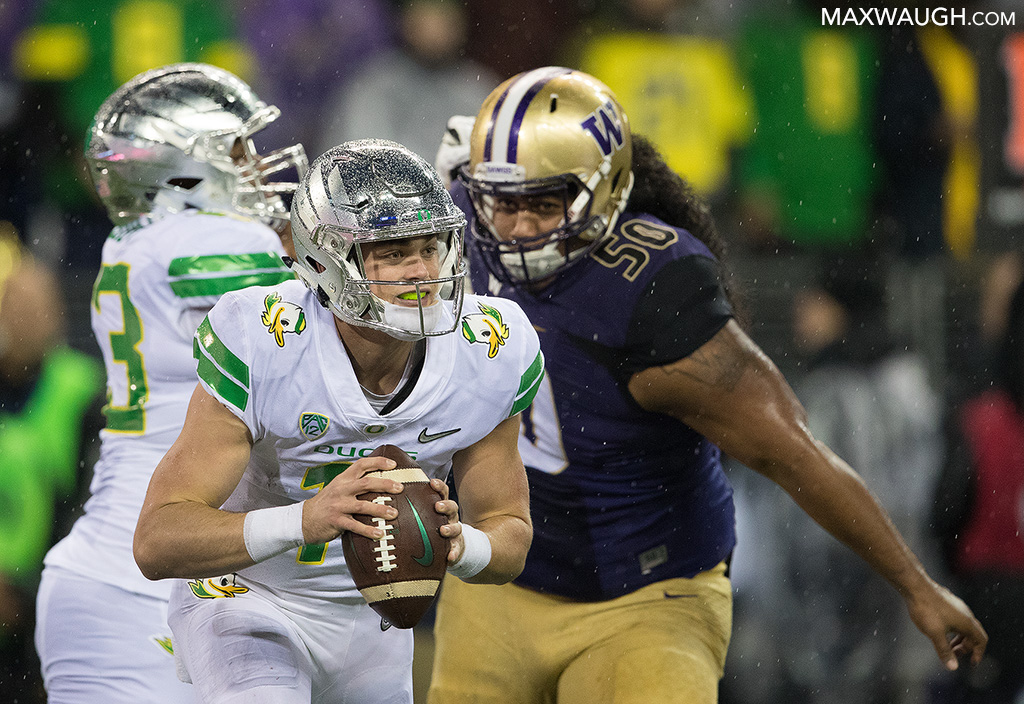 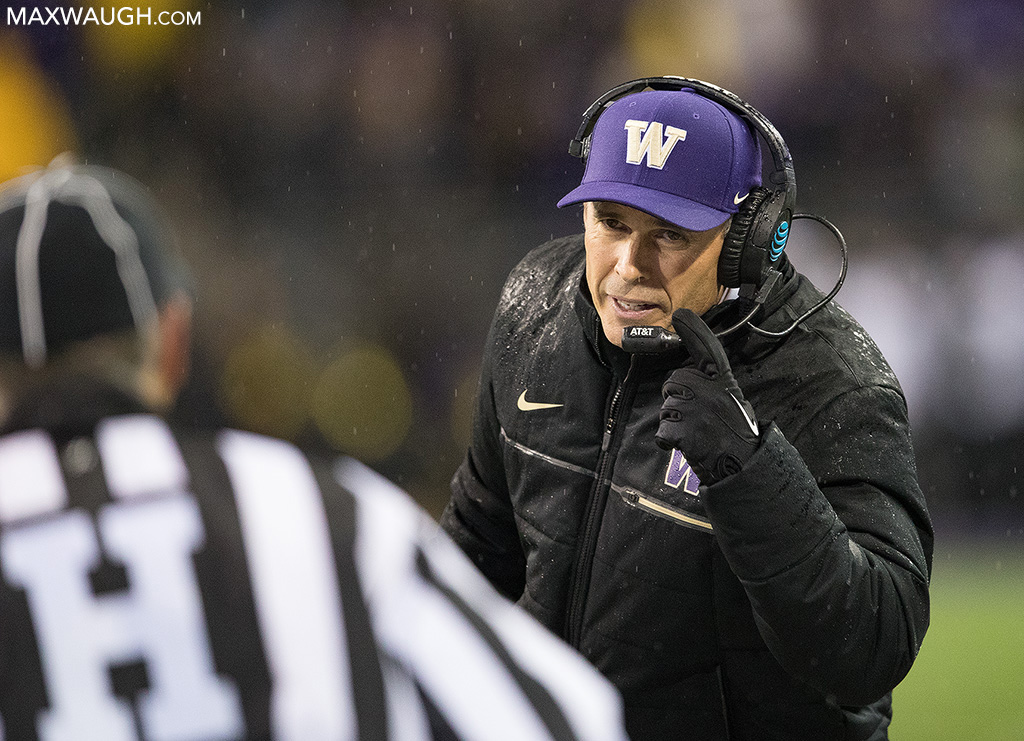 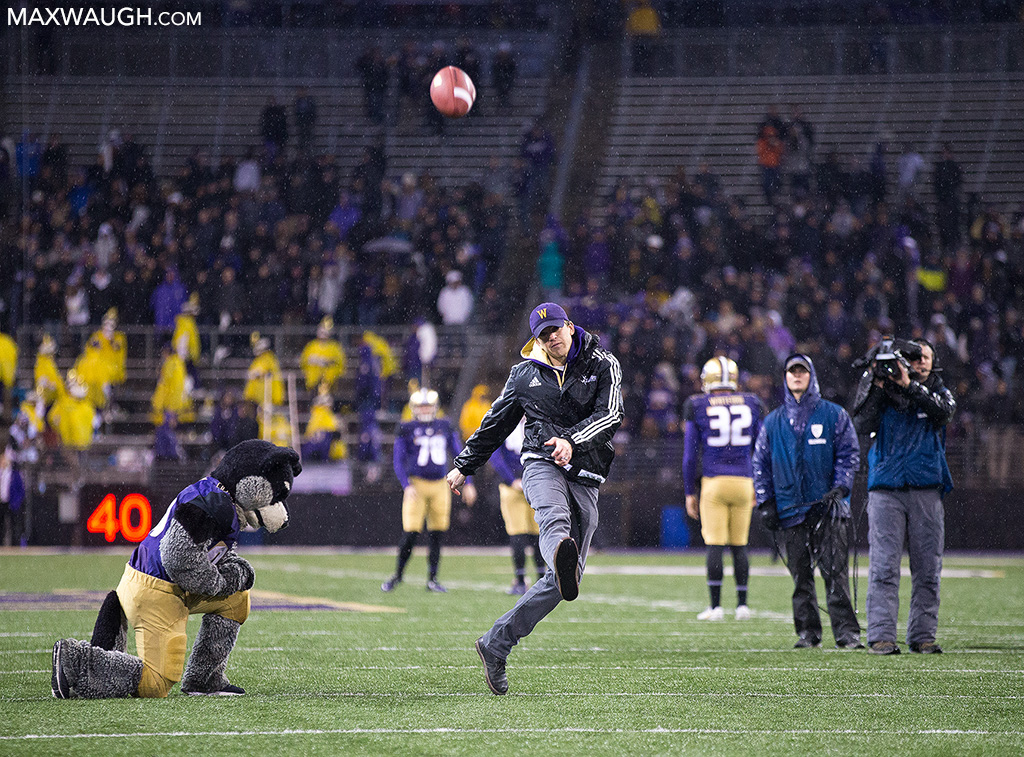 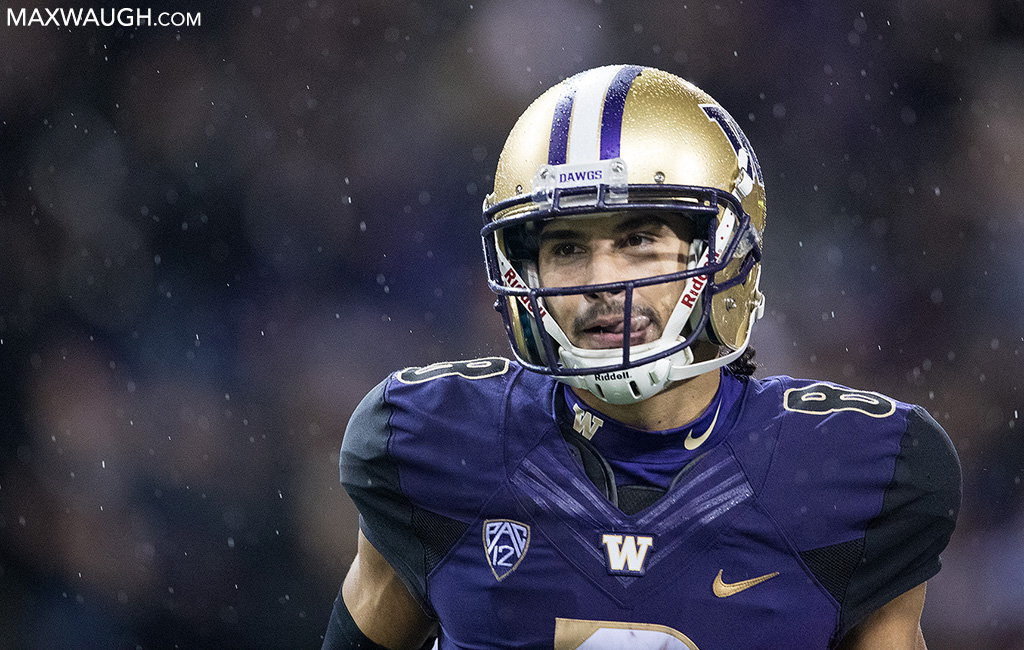 Dante Pettis probably licks his lips before every punt return. 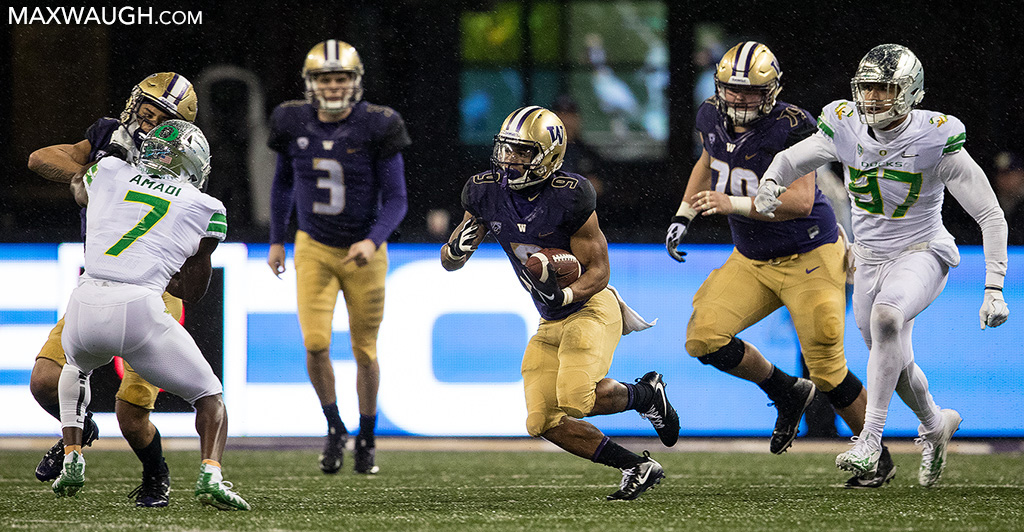 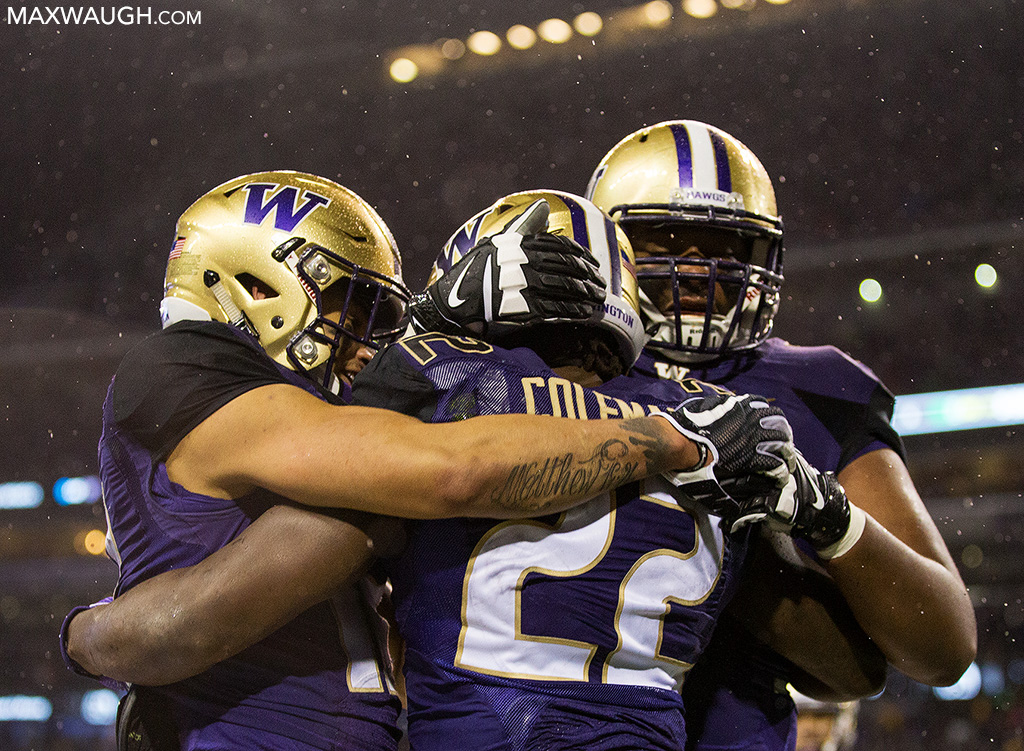 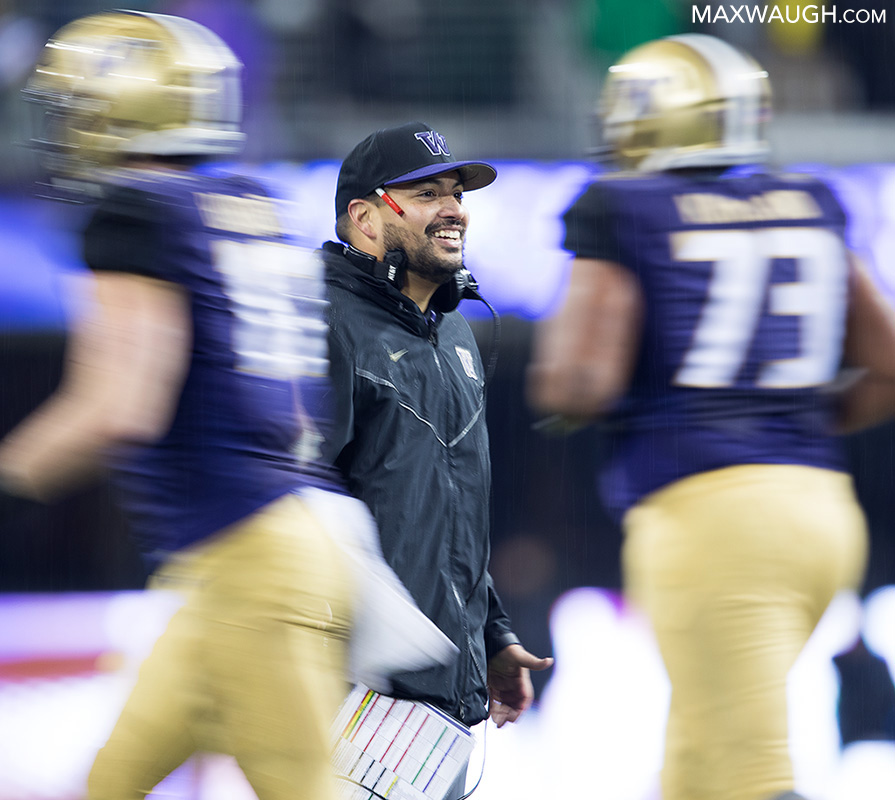 Jordan Paopao is happy after another successful special teams play. 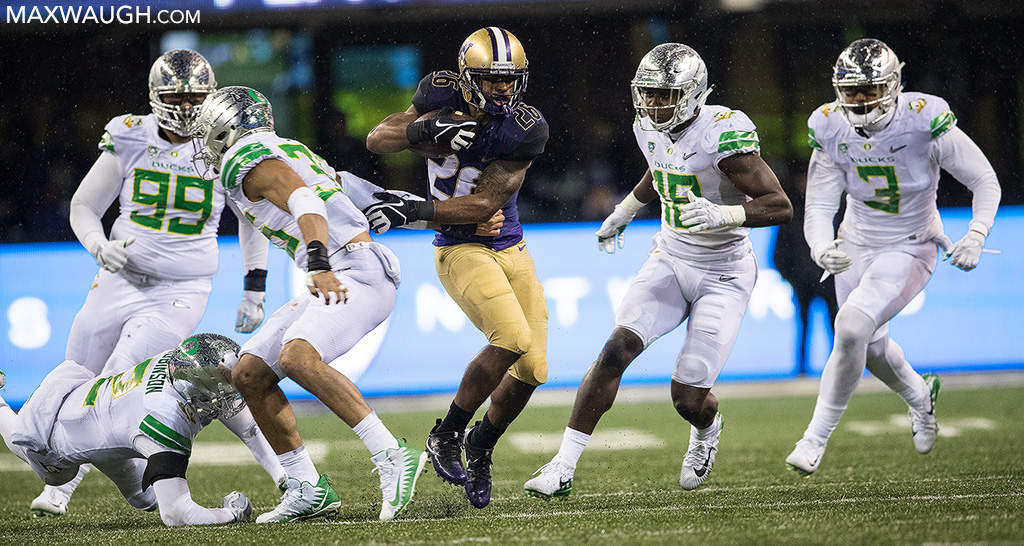 Salvon Ahmed winds through the Duck defense on his way to a 58 yard touchdown. 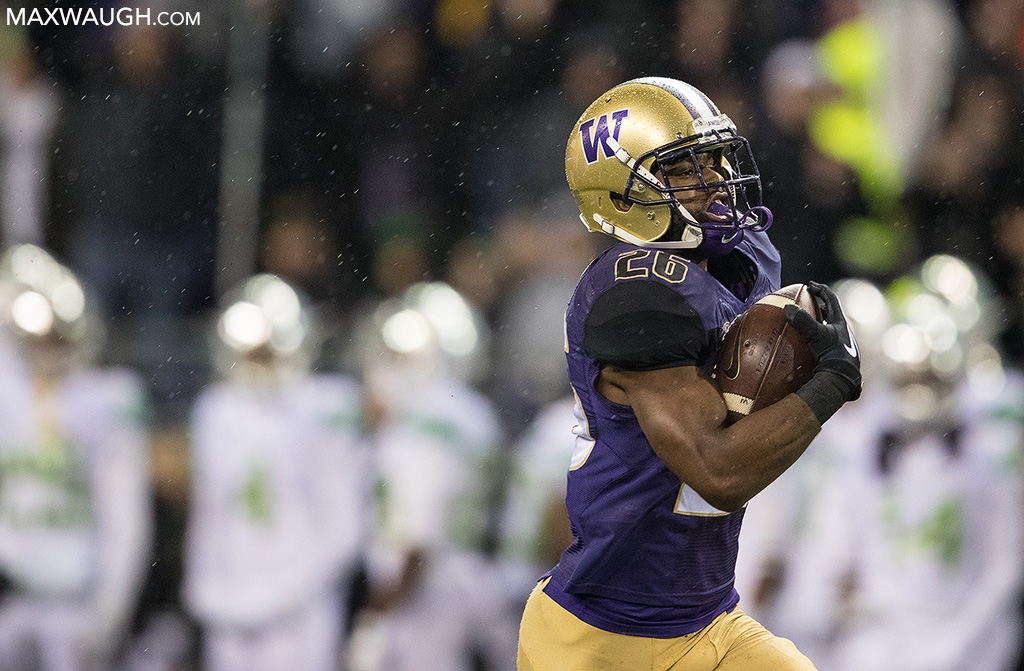 The Ducks can only watch as Ahmed takes it to the house. 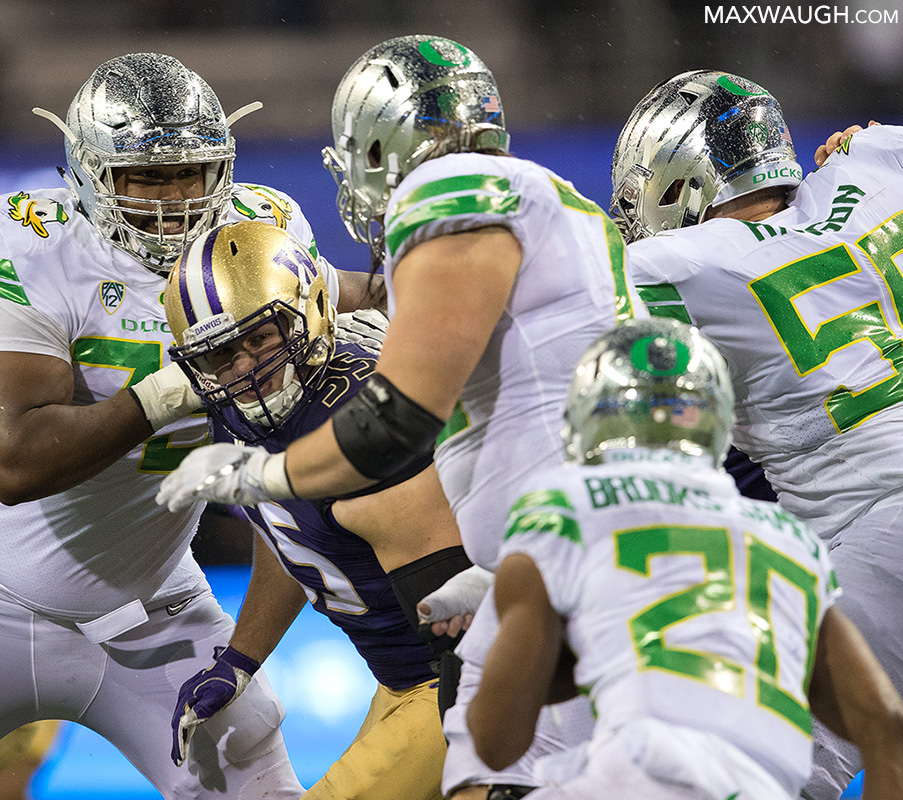 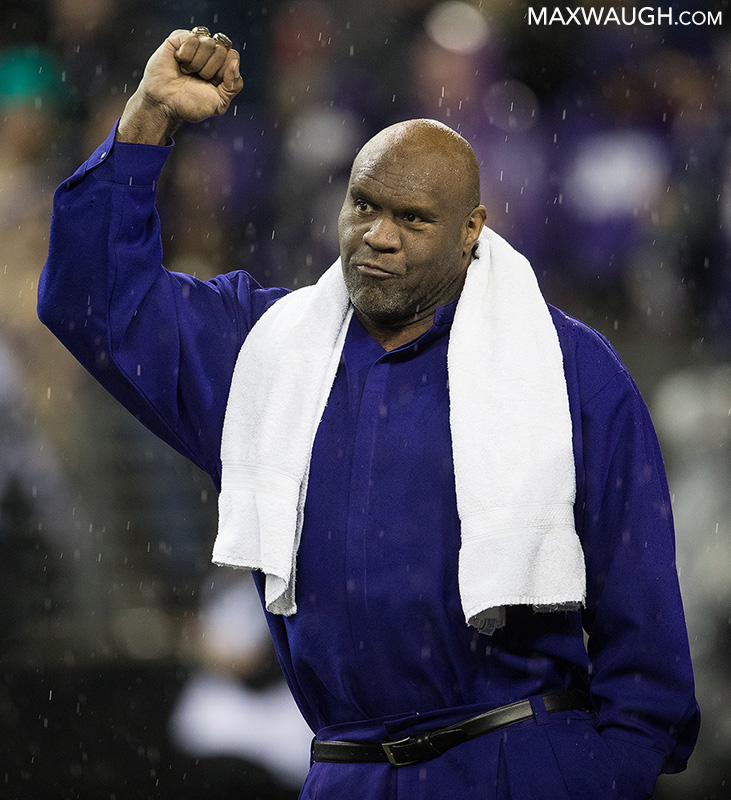 Husky Legend Bob Sapp acknowledges the crowd. I still remember Bob running in and jumping on top of a sleeping student in the dorms while we were in college. I’m not sure the kid ever recovered. 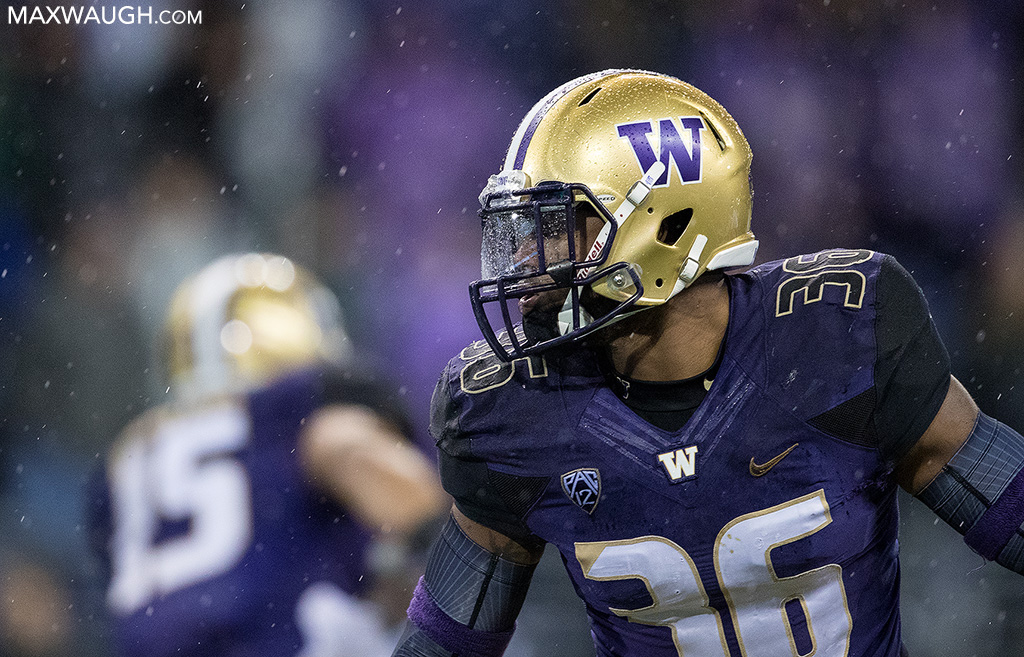 Azeem Victor and the Husky defense ply their trade in the rain. 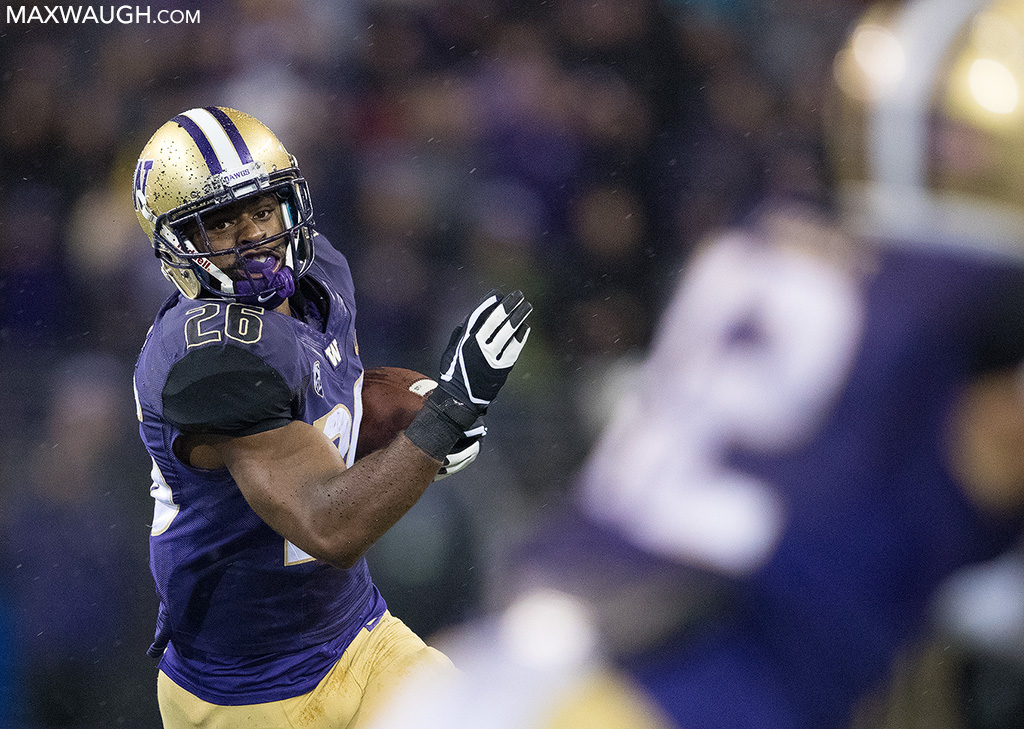 Salvon Ahmed gets a block downfield from Aaron Fuller.