Twenty-two years ago, a much-maligned Husky kicker—who had missed several crucial kicks earlier in the year—nailed a game-winning field goal as time expired to win a late season contest 33-30 at Husky Stadium.

Then it was John Wales.  Tonight?  Tristan Vizcaino found redemption as the Dawgs downed the Utes.

Select photos from the game are below.  See a few more images in the full gallery. 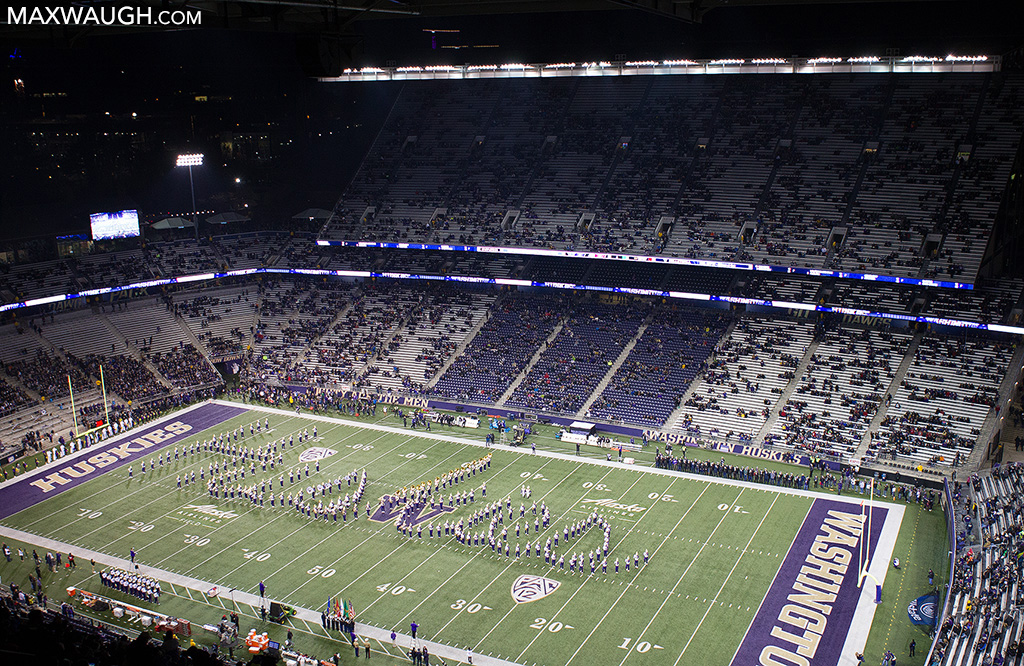 The Husky Band spells out their traditional Script Huskies during the pregame show in front of a packed house. 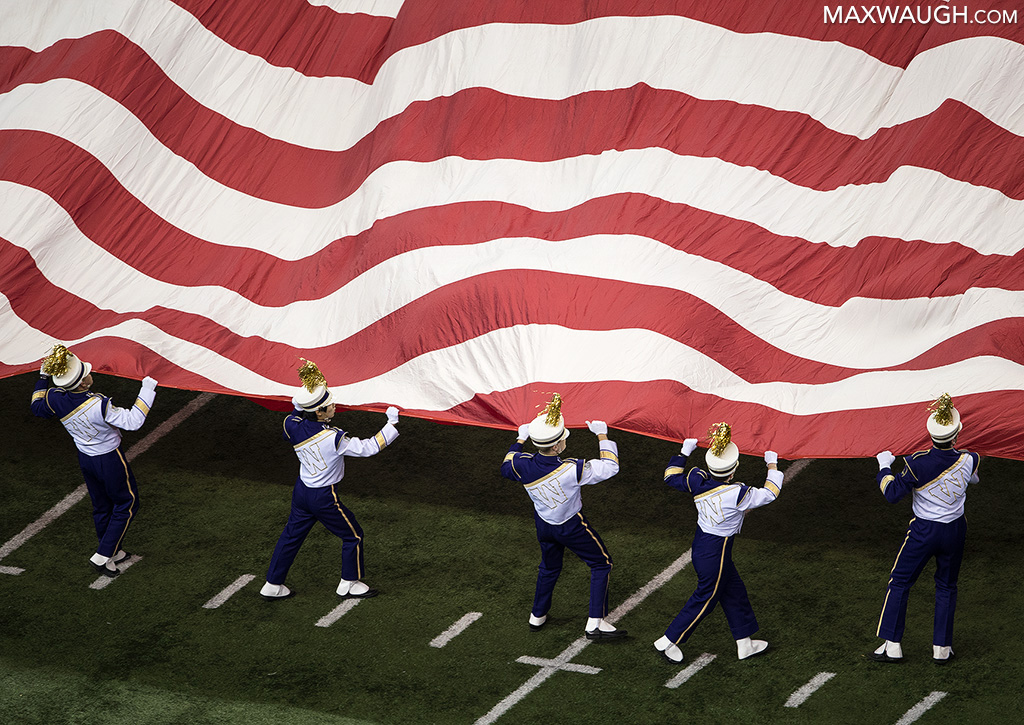 Husky Band members wrangle the American flag as it unfurls during pregame. 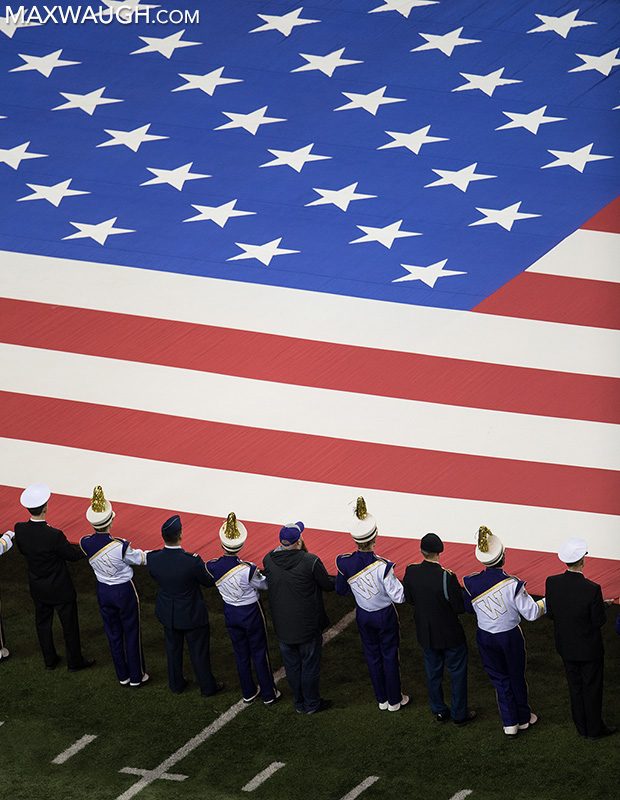 Band members and members of the armed services hold the flag during the playing of the national anthem on Salute to Service Night. 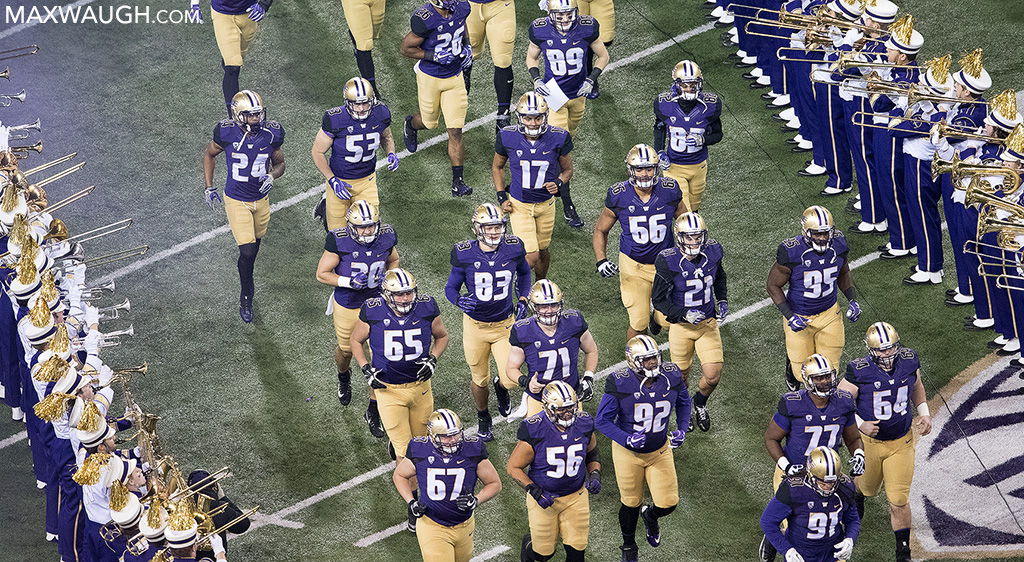 Football players enter the field, flanked by the Husky Band. 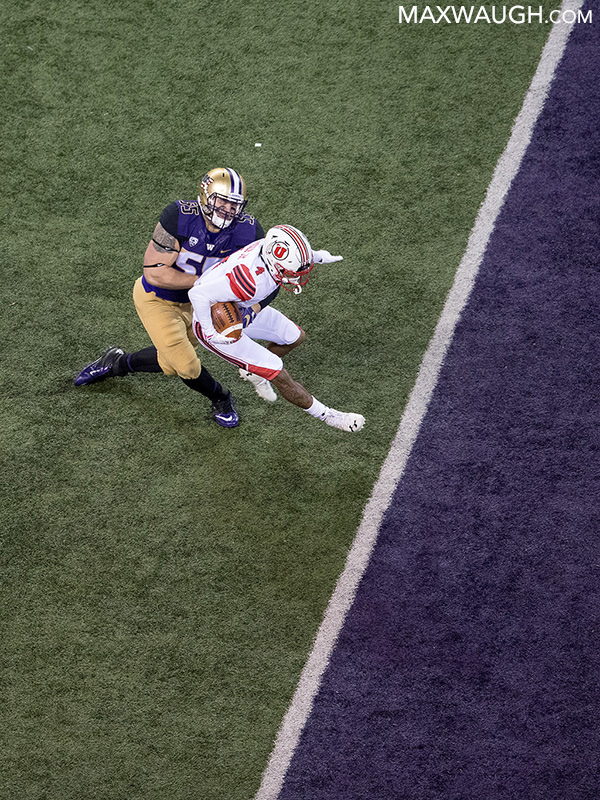 Ryan Bowman almost gets a safety. 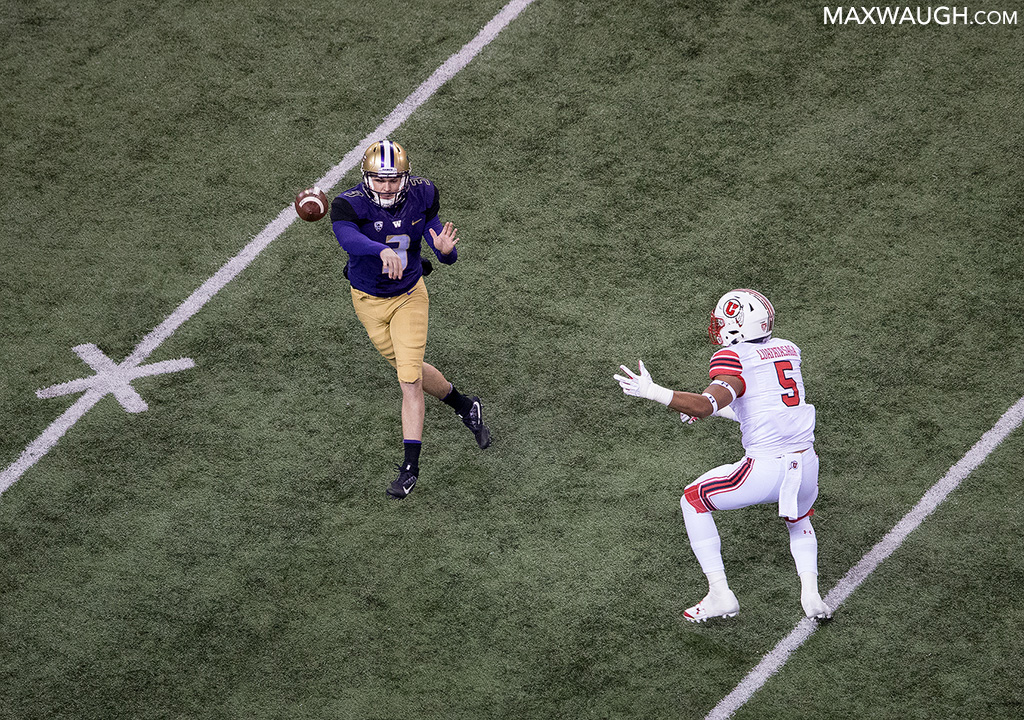 Jake Browning fires a pass in the first quarter. 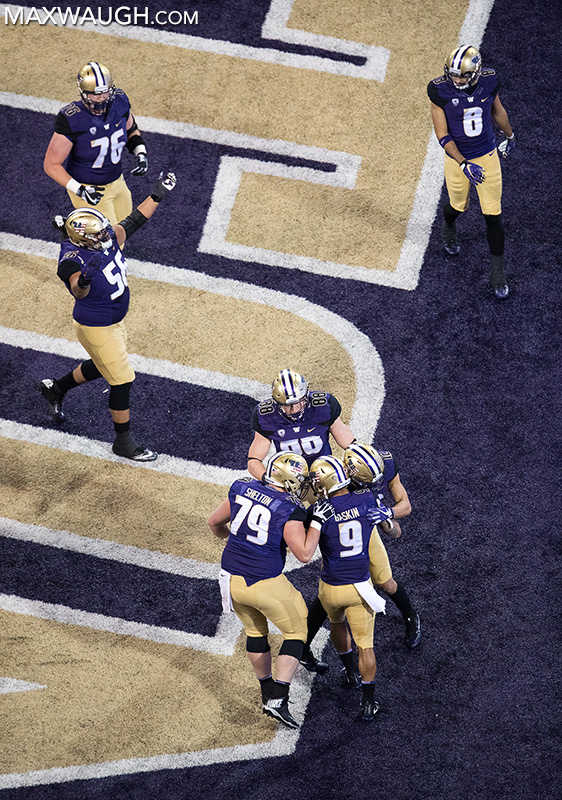 The Huskies celebrate Myles Gaskin’s first touchdown of the game. 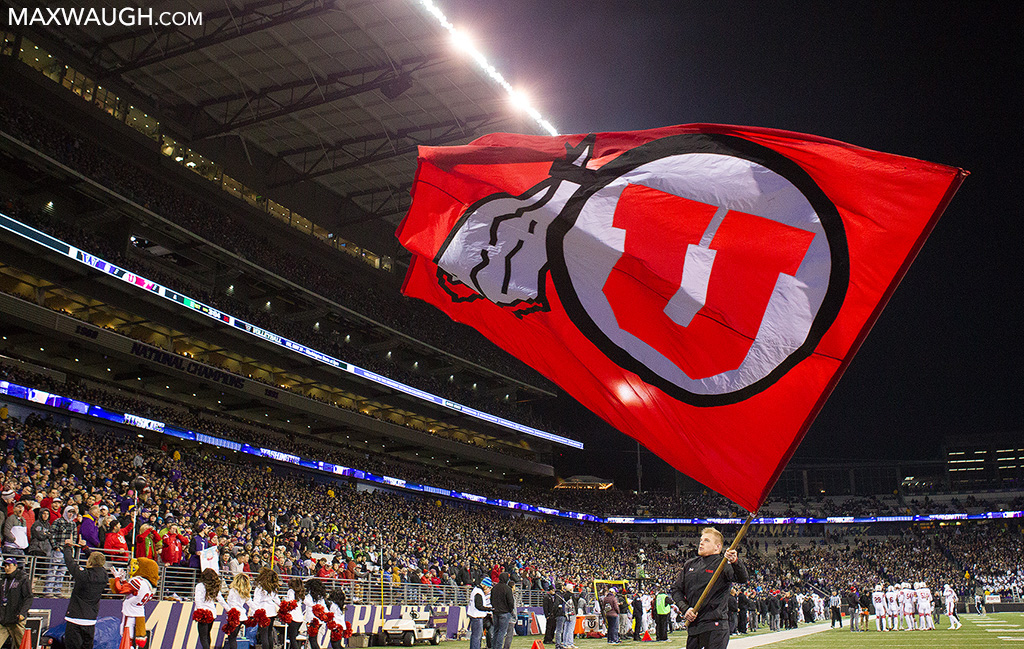 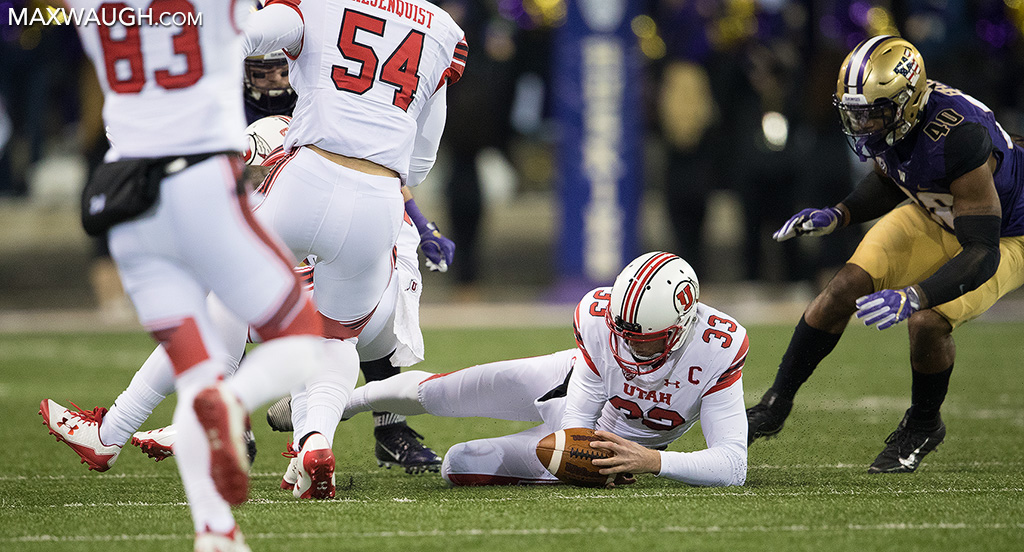 Utah punter Mitch Wishnowsky recovers his own onside kick early in the game. Later, Wishnowsky converted a fake punt for a first down. Those tricky Utes! 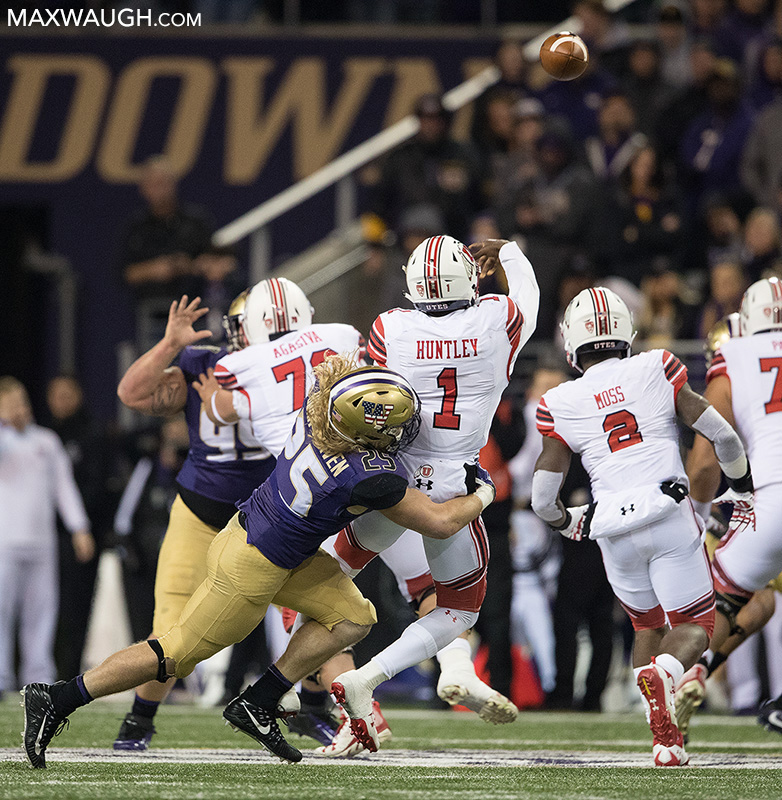 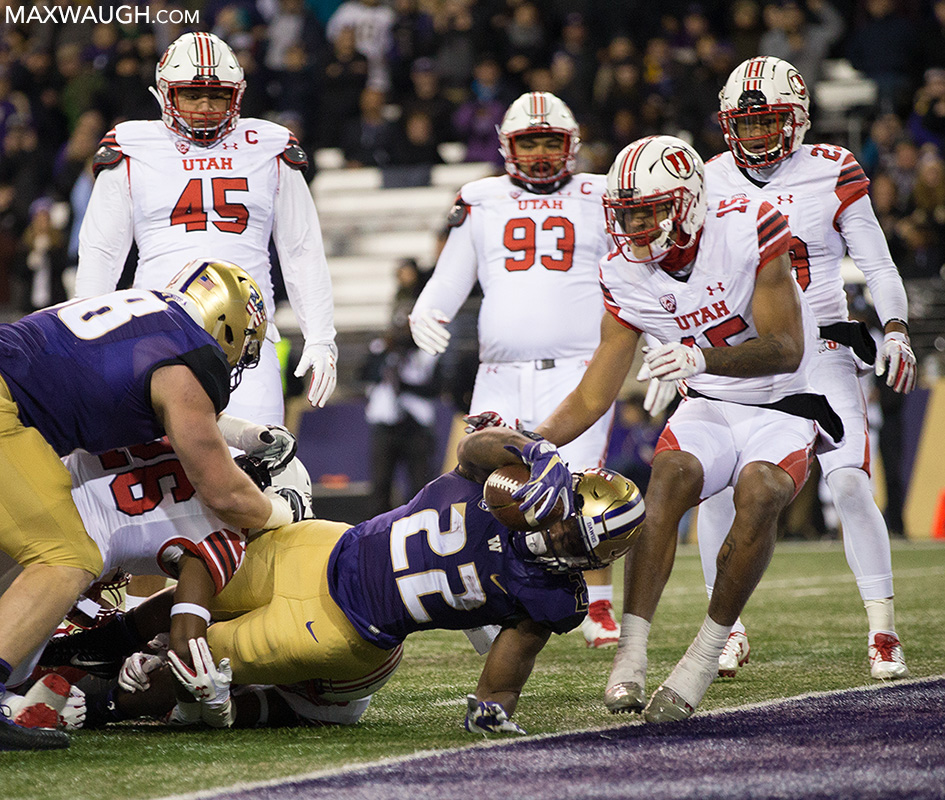 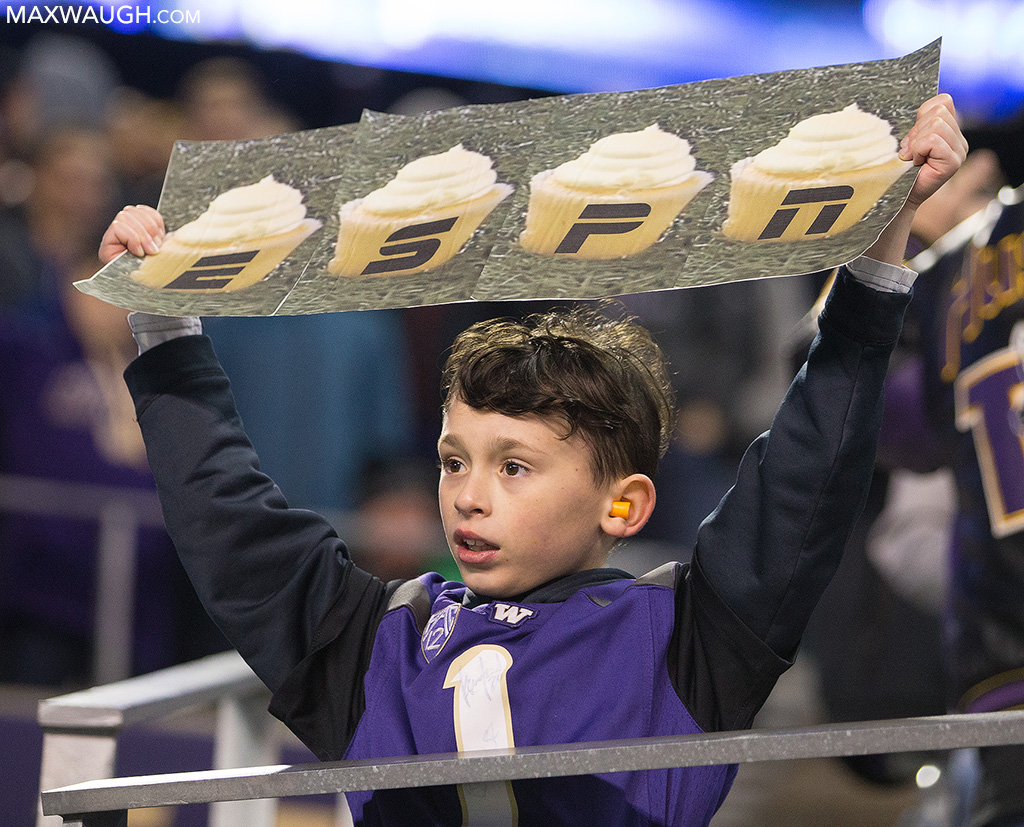 Husky fans had to wait a while, but they were treated to a sweet ending on Saturday night. 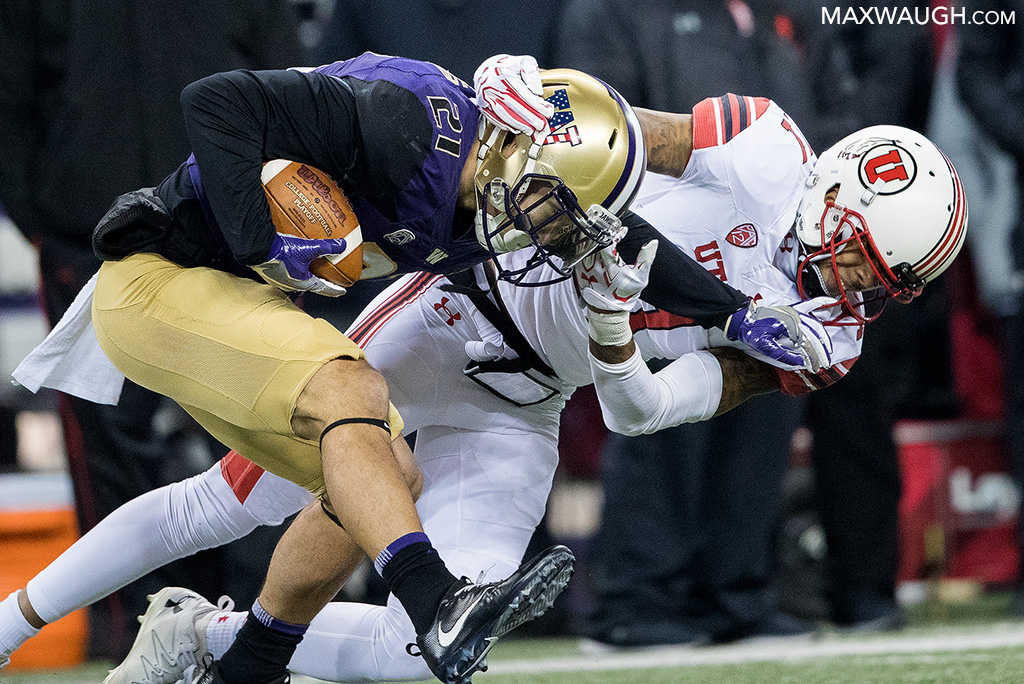 Taylor Rapp is taken down after a first half interception. 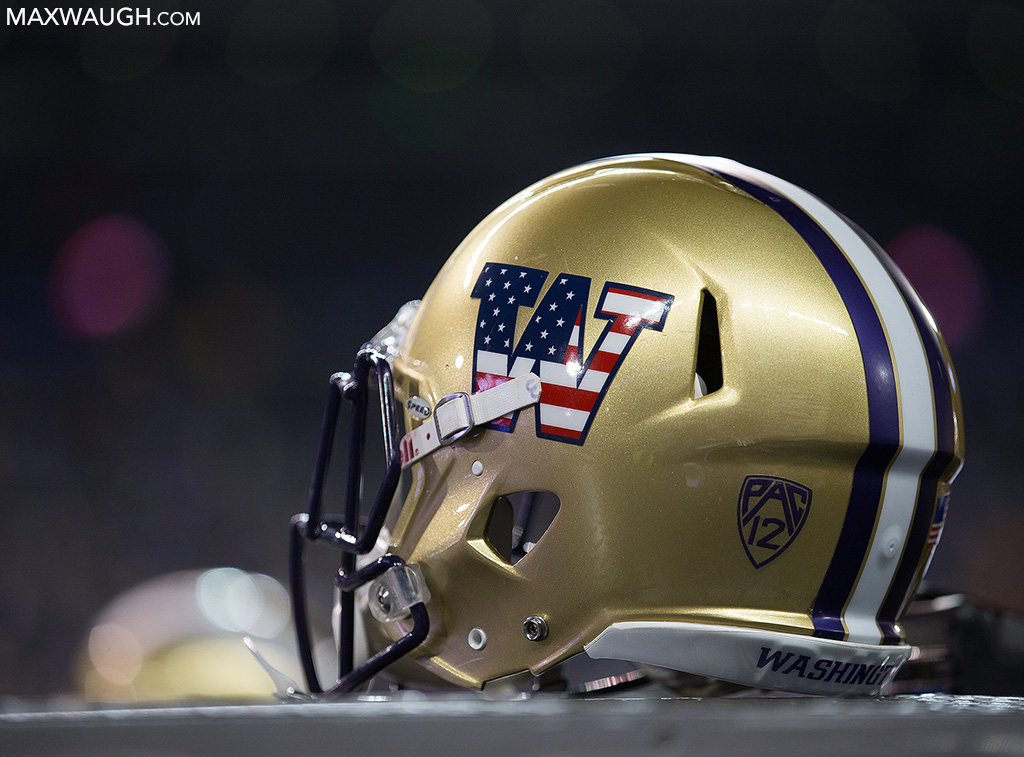 Washington’s helmets were adorned with patriotic decals on Salute to Service Night. 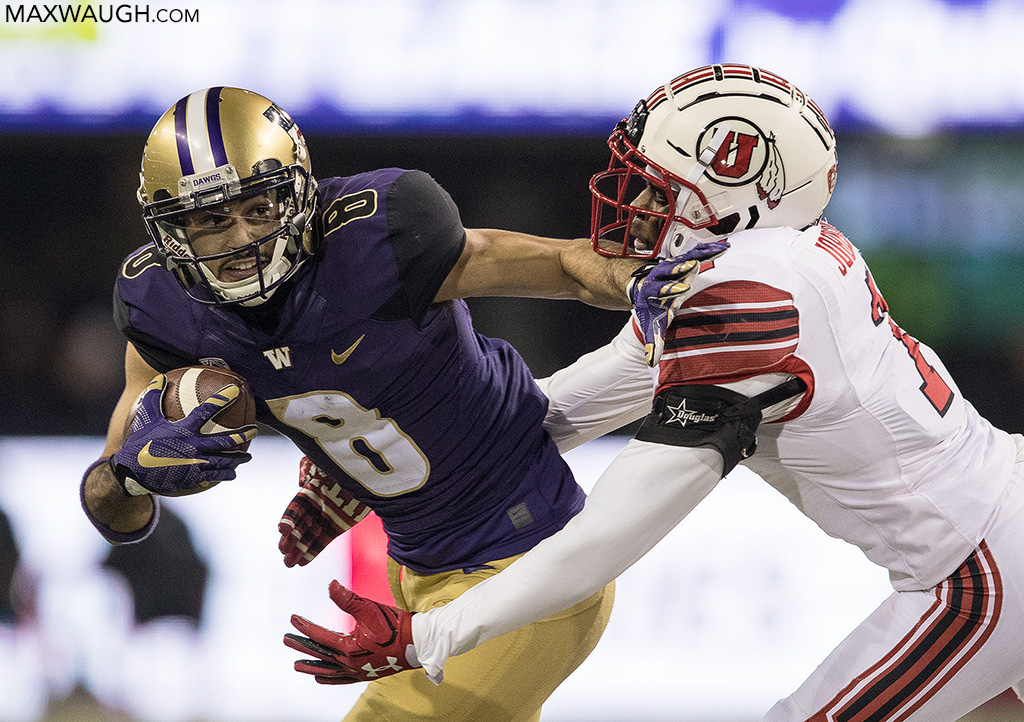 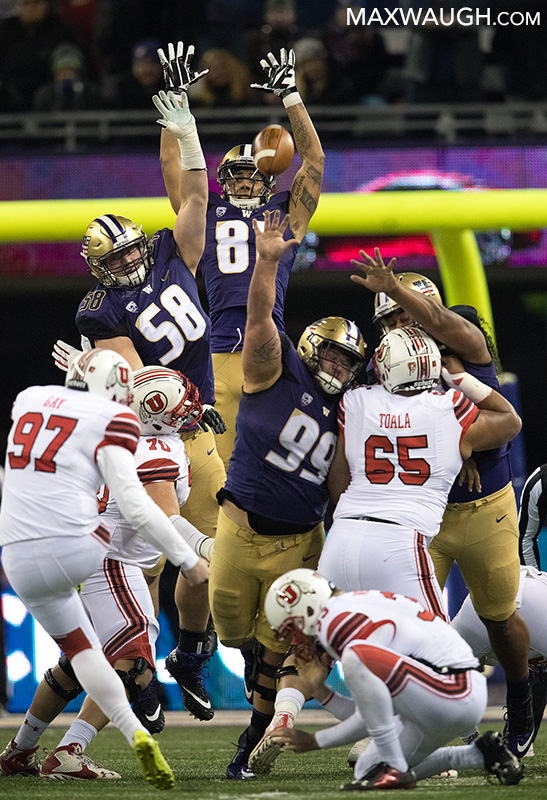 The Huskies try to block a field goal right before halftime. 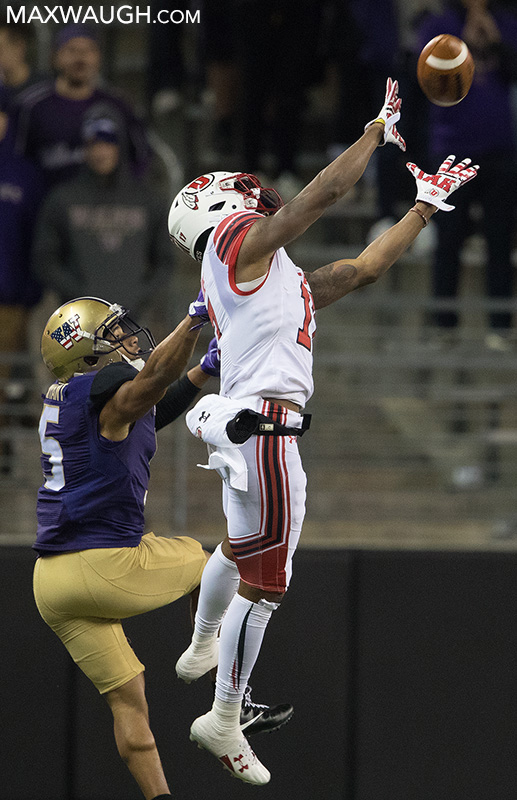 Demari Simpkins skies for a catch in front of Husky cornerback Myles Bryant. 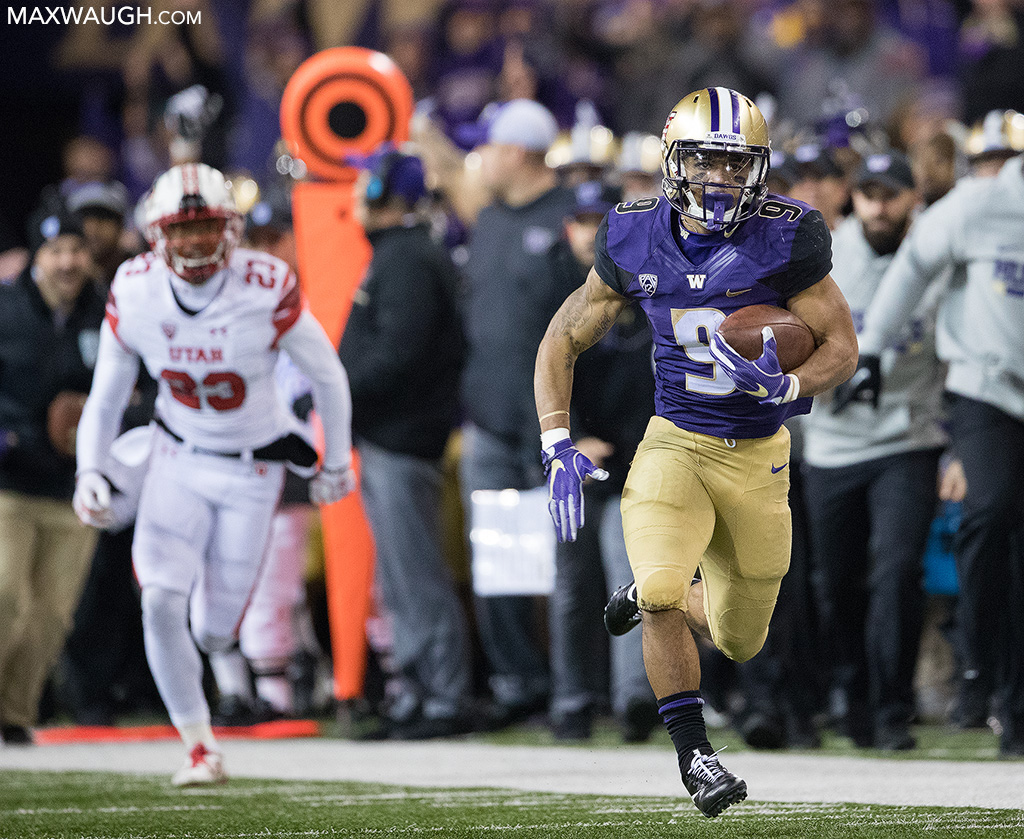 Myles Gaskin was off to the races after making a leaping catch along the sidelines. 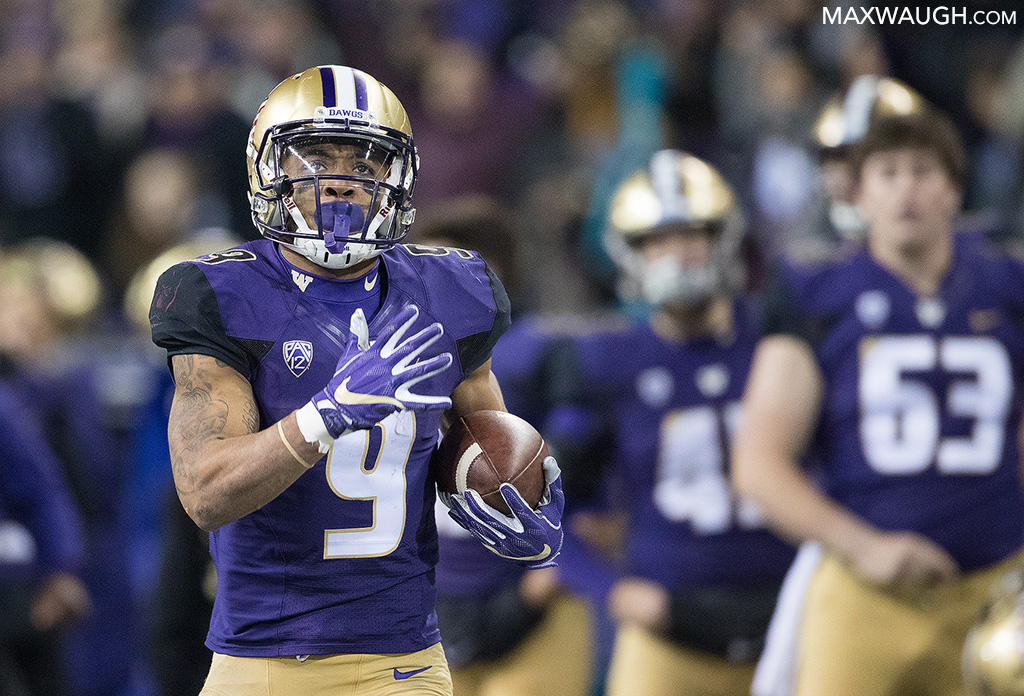 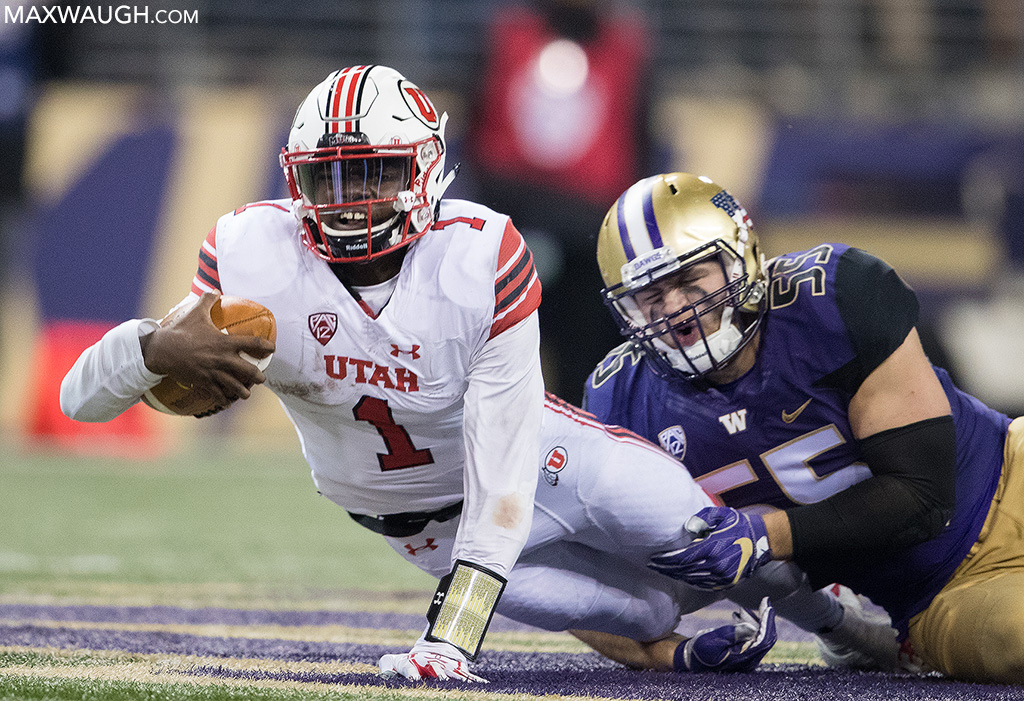 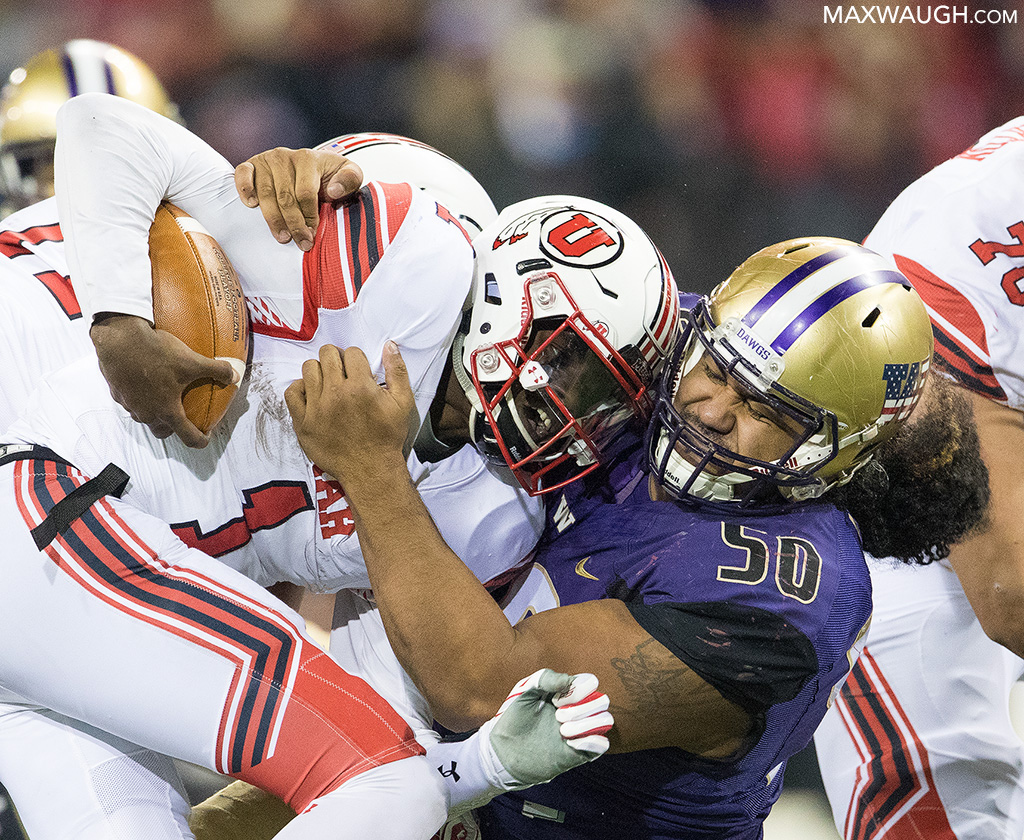 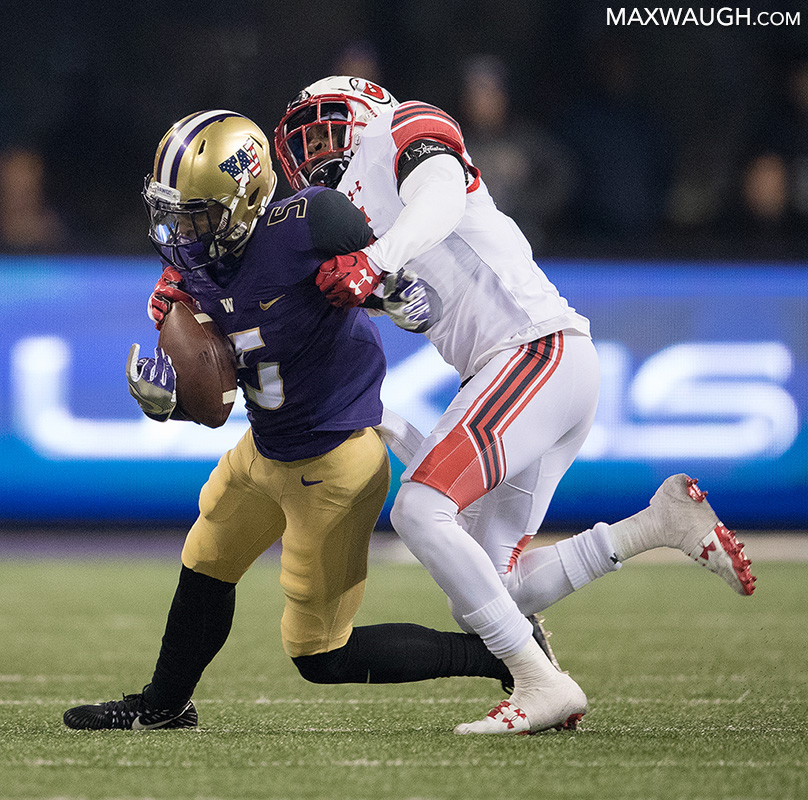 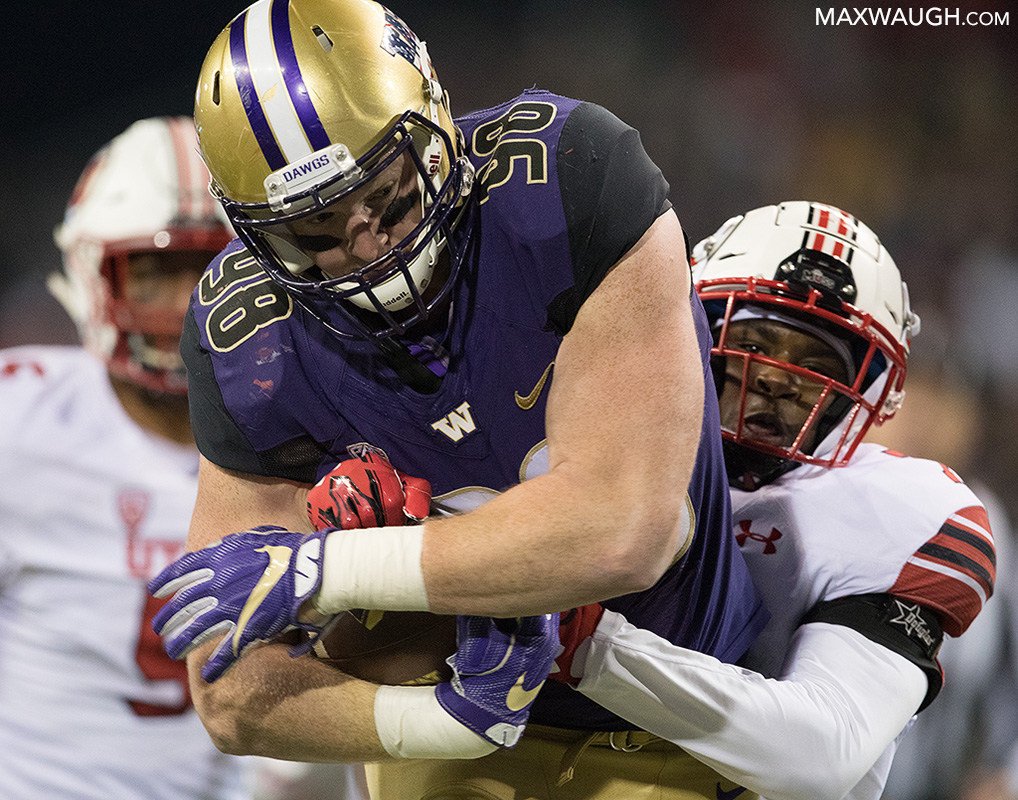 Tight end Will Dissly rumbles 28 yards in the waning moments of the game to set up the game-tying score. 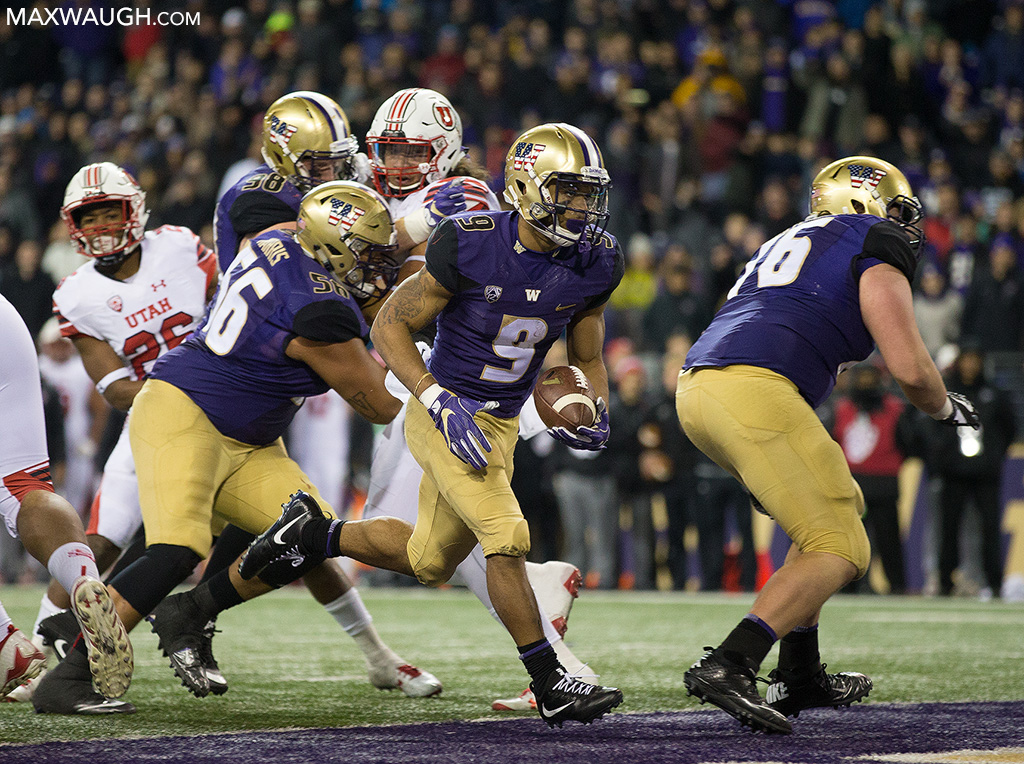 Myles Gaskin crosses the goal line to bring the Dawgs within one point. 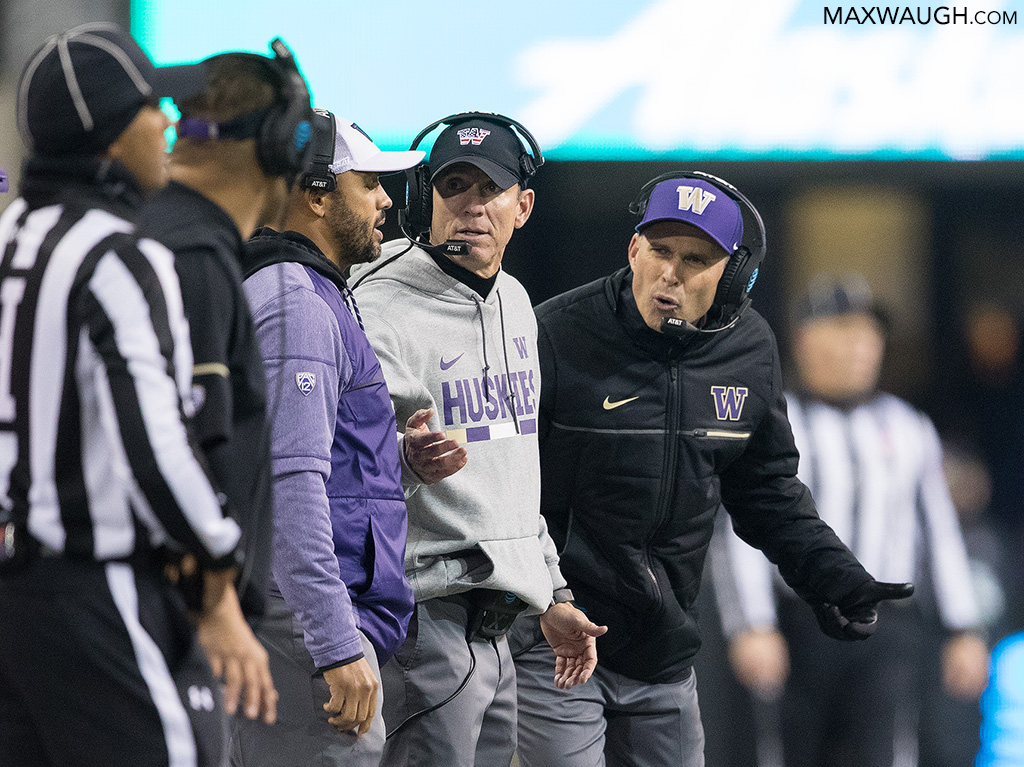 Chris Petersen and the Husky coaching staff work through some communication issues late in the game. 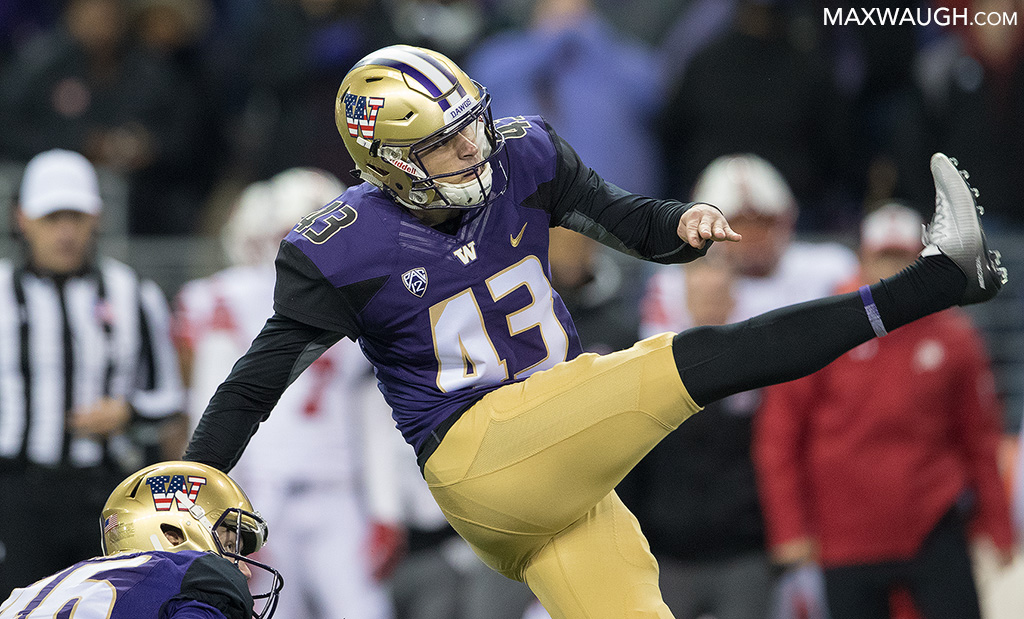 On a night when he missed a couple of kicks that left points on the board, Tristan Vizcaino booted a field goal attempt from 38 yards to try and win the game. 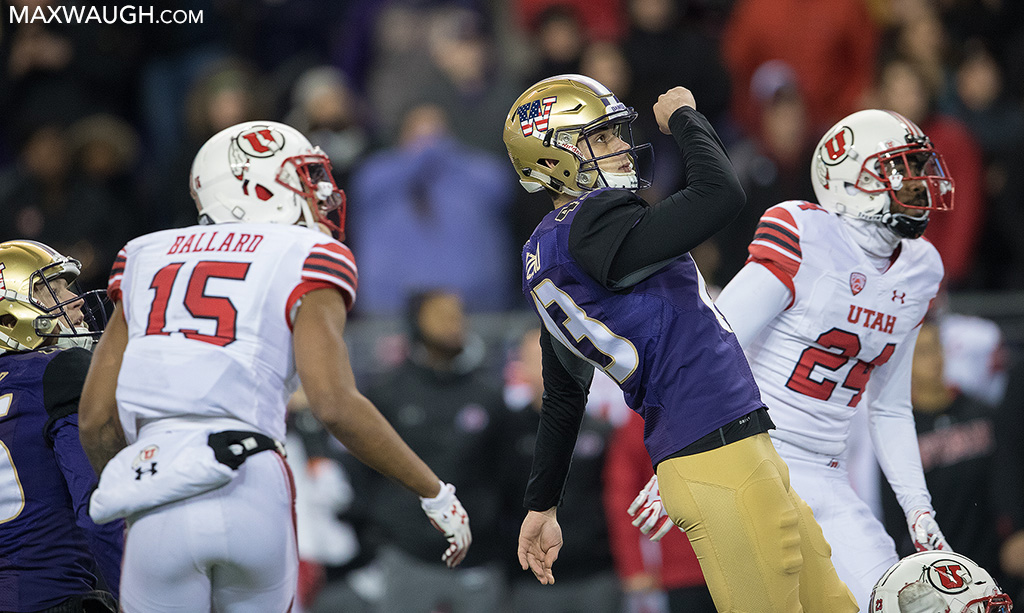 With the game in the balance, everyone watches the ball sail toward the uprights… 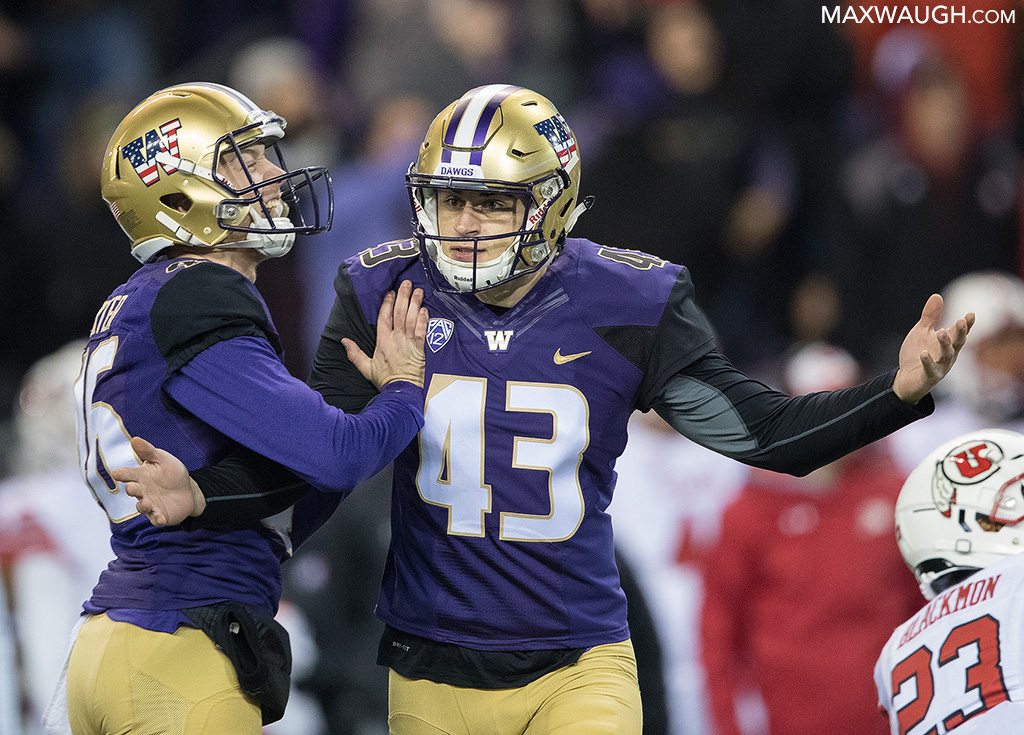 Piece of cake! Game over. 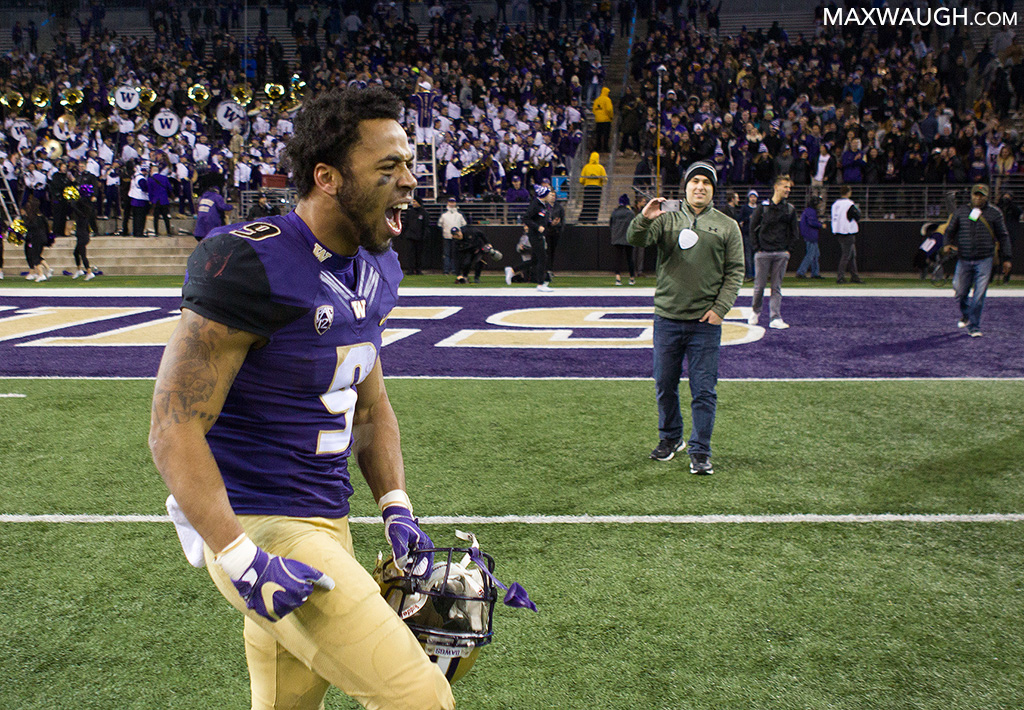 Myles Gaskin is fired up following the comeback win.

See a few extra photos in the full game gallery. 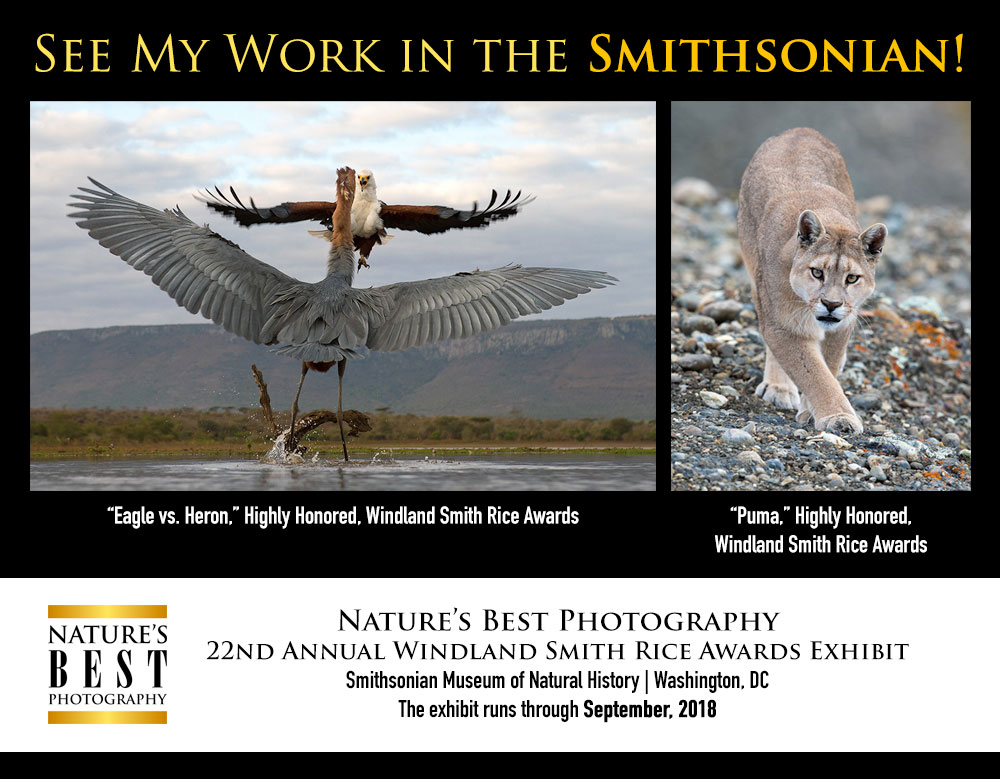