It’s been a while since I’ve flown out to Yellowstone for a winter trip, and it’s something I’ve never done for a tour-oriented trip.  But frankly, flying sounded easier and much less stressful than driving twelve hours each way in wintry conditions.  Even if it did mean having to pack way too many bags in order to accommodate winter clothing and tour supplies.

I arrived a few days prior to the start of my first tour, in order to get some scouting in and reacquaint myself with the park in winter.  I didn’t make a winter trip last year, so it’s been a little while.

Of course, I arrived in the midst of the government shutdown, which has caused all sorts of stress for visitors, park personnel, local businesses, tour operators like myself and their clients.  But at least this time the park remained open, so I was able to drive in for a short, late afternoon sojourn after coming down from Bozeman.  It was chilly, but bright and sunny.  And I almost immediately took advantage of the conditions by photographing a handsome coyote hanging out above the road in China Garden. 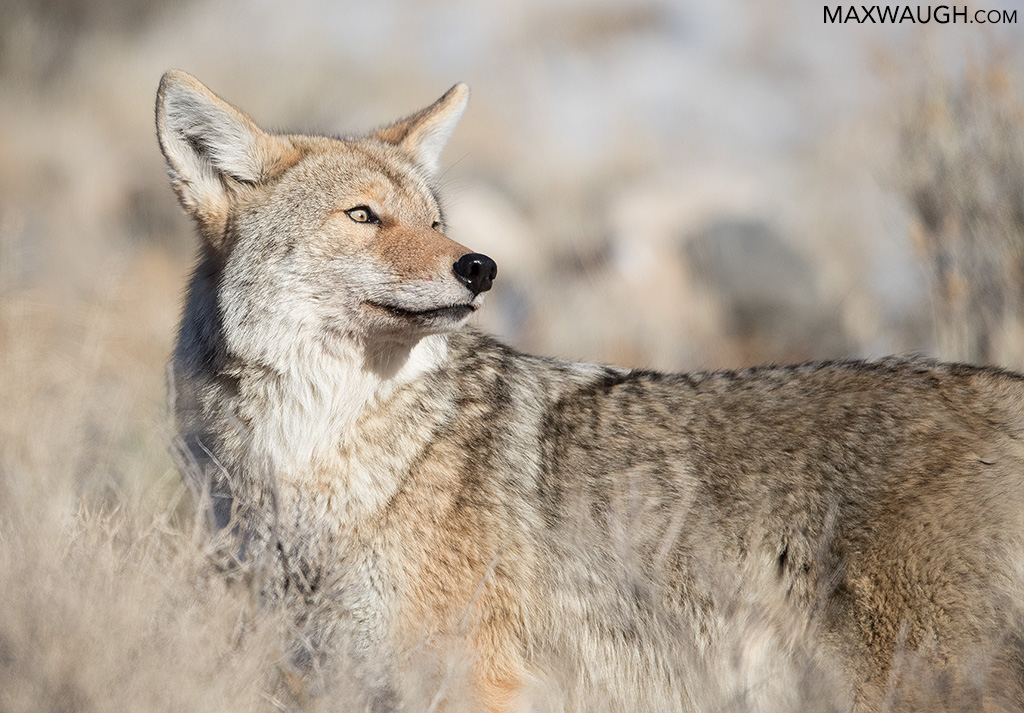 The rest of “Day 0” didn’t involve any photography.  Approaching Undine Falls on the north road, I found a herd of bison heading my way, with a line of cars behind them.  I’ve been stuck in bison jams far too often in this stretch of road, and didn’t want to deal with one during my imminent return to Mammoth, so I turned around in the parking lot and headed back before the buffs reached me.

My first full park day brought a change, weather-wise.  It was overcast all day, with a mix of snow and coyotes falling from the sky.  Seriously, coyotes were everywhere!  I saw at least eight individuals, and there were more around, thanks to a couple of fresh carcasses.

An elk carcass was below the road at Elk Creek.  Tons of ravens, and later in the day bald eagles arrived.  Coyotes were on it all day.  At Roosevelt, another coyote scavenged in the meadow while trying to dodge an oncoming bison.  In Lamar Canyon, a mountain lion kill (the cat was seen on a previous evening) drew more coyotes and birds.  More song dogs were either coming or going to and from the carcass down the road. 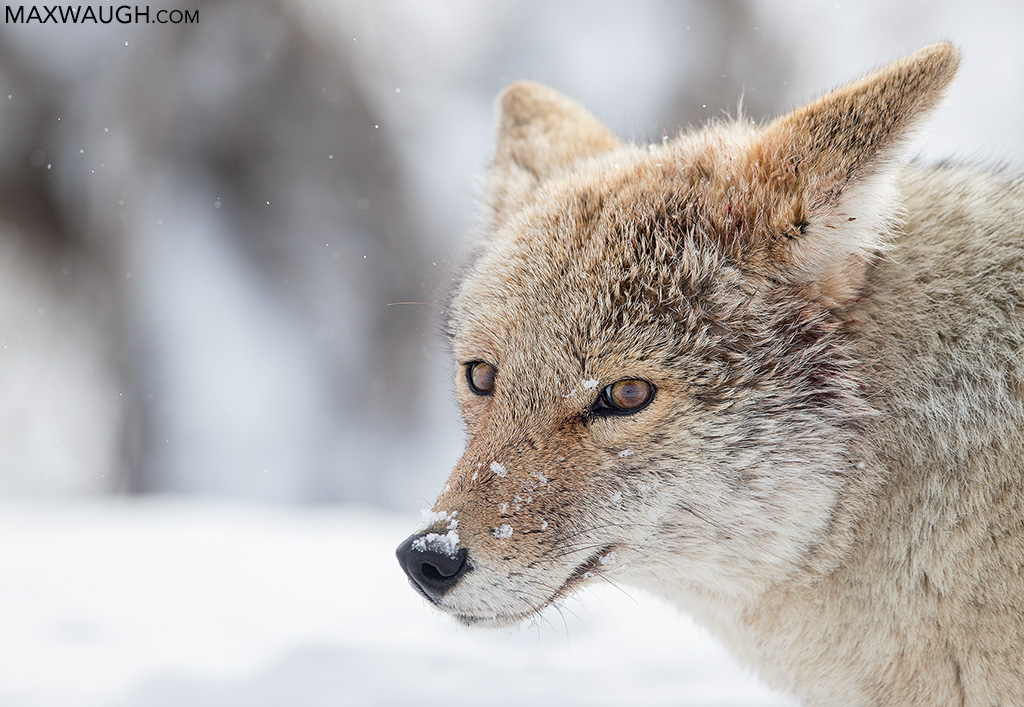 At the Confluence, two coyotes crossed the creek and the road several times.  Bighorn rams were hanging out near the Confluence as well, while further east moose fed on willows at the end of the valley and in Round Prairie.

The most unique sighting of the day was a male Hairy woodpecker working the aspens in Little America, but it never quite lined up for good photos.

I made it all the way up to Silver Gate for a late lunch before returning west, but there was nothing interesting to report there (aside from a lot more snow).  In the mid-afternoon I took a quick catnap in the car, and when I woke up snow was falling in earnest.  It had been some time since I’d seen a snow plow, so it seemed like a good time to start heading back toward Gardiner, my home base for this trip.

I did spy a solitary moose walking across a distant hillside on Blacktail Pleateau. 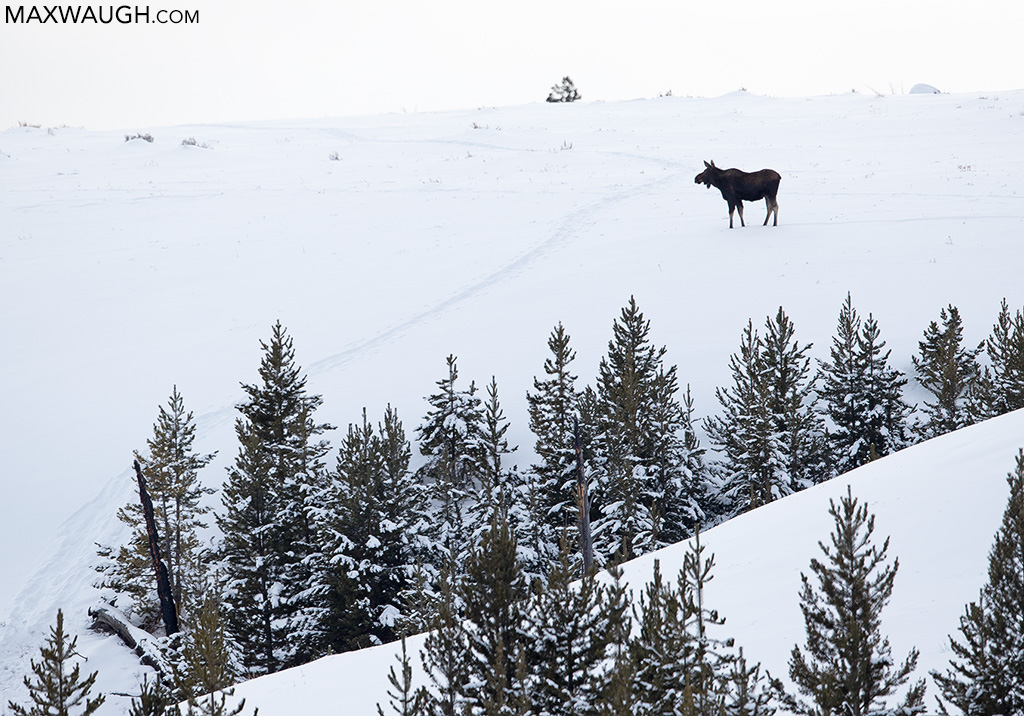 Almost immediately afterward, I managed to run into that late afternoon bison commute near Undine Falls again.  Luckily, the driver in front of me was on the ball, and we skirted the animals without much delay.