Adapting to Life as a Traveling Dad

Max Waugh > Musings > Adapting to Life as a Traveling Dad

We recently celebrated our son’s first birthday.  There was a cupcake (chocolate, as it should be!), a candle, presents and singing.  At least, that’s what it looked like over the phone.

I was away leading a winter photo tour when this all went down.  Luckily, I was able to FaceTime in and sing “Happy Birthday” with everyone else.  It wasn’t as good as being there, but as much as technology distracts us and makes us less social, it also manages to keep us connected at just the right moments.  I felt lucky to have that connection.

I always wanted kids.  Jenn, on the other hand, took some convincing.  “You’ll just leave me with the grub and travel all year,” she insisted.  We both knew that wasn’t entirely true, but it did raise an important question.  How would I react and adjust after a dose of fatherhood was injected into my semi-nomadic lifestyle?

Curtailing nearly all travel would be the go-to solution for most dads.  But in my case travel is an essential element of my business, and unless I had a desire to morph into a (gasp!) landscape photographer to take advantage of Washington’s scenic beauty that would keep my closer to home 1, putting a halt to my adventurous ways wasn’t realistic.  But I could at least promise to rein the trips in a bit.

By the time we were expecting, I had already vowed that I’d actually be home more than 50% of the year 2.  Solo photo adventures would be scheduled less frequently, and pre-tour scouting would also have to be curtailed.  And I immediately canceled a couple tours altogether once I learned our due date.

That’s just scheduling though.  Figuring out how many boxes on the calendar can be blocked off is relatively easy.  There were other adjustments fatherhood brought about that I wasn’t as prepared for.

I already had a sense that being away from our son might be challenging.  Jenn and I established a familiar pattern and effective strategy years before to cope with my absences.  We were comfortable with the occasional separation.  But my son and I haven’t had time to negotiate a similar arrangement.  Okay, so it may take him more than just one year of life to start noticing that Dad’s disappeared again, but on my end it’s definitely something I already feel.

The surprise is that this separation starts to affect me before it actually occurs.  Yes, I start to miss him before I’ve even packed my bags and left.  It’s a weird feeling, and combined with Jenn’s urging caused me to delay at least one departure in my first year of fatherhood.  But this “premature sentimentality” has had a notable positive effect: it serves as a constant reminder of how much I love my kid.

Some folks will tell you that the moment your child is born, you love it more than anything else.  I don’t think that’s true.  I found that first-time parenthood involves a feeling-out process.  You’re trying to figure out what the heck you’re supposed to do to keep this little fellow alive, while trying to get to know him at the same time.  It’s a lot to ingest, and there’s not much time for reflection or recognition of a strong parenting love.  So for me the intense, emotional lead-up to my first trip after our son’s birth was when it really clicked.  Oh yeah, I guess I do love him.

I’ve mentioned in the past how Jenn and I stay in constant touch via Facetime, text, email, etc… whatever’s available wherever I’m based on a given trip. 3 But I’m still waiting for the moment I can connect with our boy in the same way.  I’m not sure that he recognizes the face in the phone as the same goofy dad who sings nonsensical, distracting songs during every diaper change.  Our connection, for the moment, remains remote, but that will surely change as he grows up quickly in the digital age.

More importantly, I’m thinking ahead, wondering how I can use my travel to inspire and educate him.  Will he care where in the world Dad is this time?  Do I need to get him a globe—they still make those, right?—so he can follow my adventures (and plan his own)?

Will he get excited about our family trips to Yellowstone (he’s already got a couple under his belt) as he grows?  I still remember witnessing someone else’s son geeking out about a double eruption of Grand Geyser in the park.  It was funny at the time, but now I find myself hoping our boy shows the same sort of enthusiasm on our adventures… be it for thermals, a bear, or just exploring the willows by the creek.

My folks forced me into a fair bit of travel (in many cases, long trips to see family overseas) that I was largely ambivalent about as a kid, and they took me on a lot of camping trips that I eventually grew to dislike, perhaps because they felt mandatory.  Will our son take to this traveling life without feeling like it’s been force-fed?  If he does, then it may be easier for him to learn about the world at large and develop an appreciation for wilderness and other cultures.  Perhaps then, all these adventures we’ve been leading as adults will have served an even greater purpose than I could have originally imagined.

Plus, this semi-nomadic dad will then have yet another willing travel buddy to share the next adventure with.  Not a bad reward for putting up with the occasional FaceTime session, I’d say. 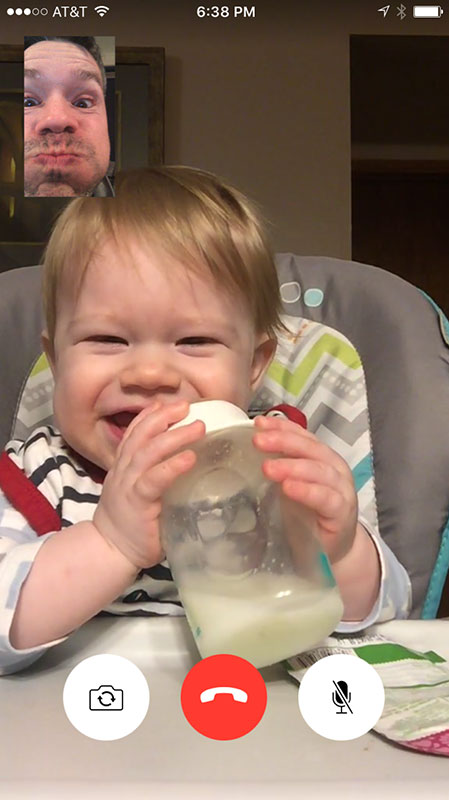