Join Me on a Tanzania Photo Safari!

Next year I’m leading a new Africa tour.  After leading two trips in South Africa in 2014 and 2016, I’ve set my sights on Tanzania for my next photo safari.  It’s sure to be an exciting trip to some of the best wildlife destinations in east Africa, including the famed Serengeti National Park and the Ngorongoro Crater.

Tanzania’s northern safari circuit has gained a deserved reputation as one of the best wildlife photography destinations on the planet.  In a short commute across the region, one can find a number of national parks and nature reserves, each offering unique habitats and wildlife.  It’s impossible to cover them all in one short trip, but we will be highlighting some of my favorite stops along the route.

Our trip will begin in Arusha National Park.  This small park is located close to the city of Arusha, which serves as a launching point for many of the safaris in this part of Tanzania.  Though relatively tiny compared to other more famous parks in the northern circuit, Arusha does offer us an opportunity to partake in a unique activity: the walking safari! 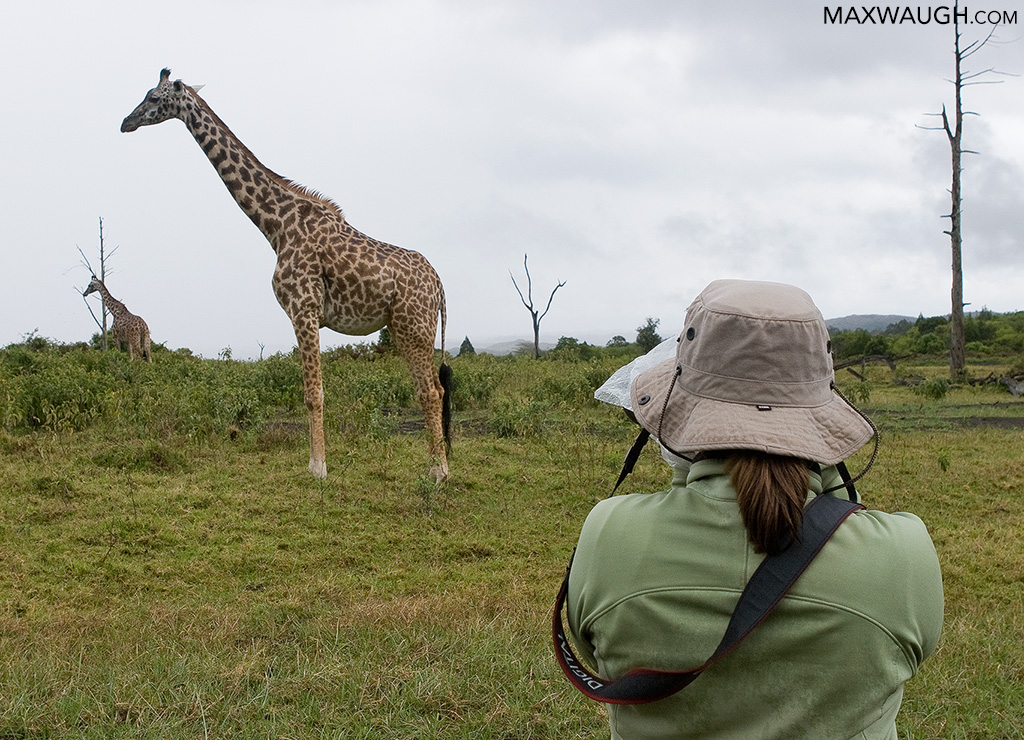 Seeing wild giants like the Masai giraffe on foot at close range is quite the thrill.  Because there are no lions in the park, this is a relatively safe activity, and we’re most likely to encounter some of the herbivores that call the savanna home.  Of course, not everyone is friendly.  It’s not uncommon to see Cape buffalo during these walks. 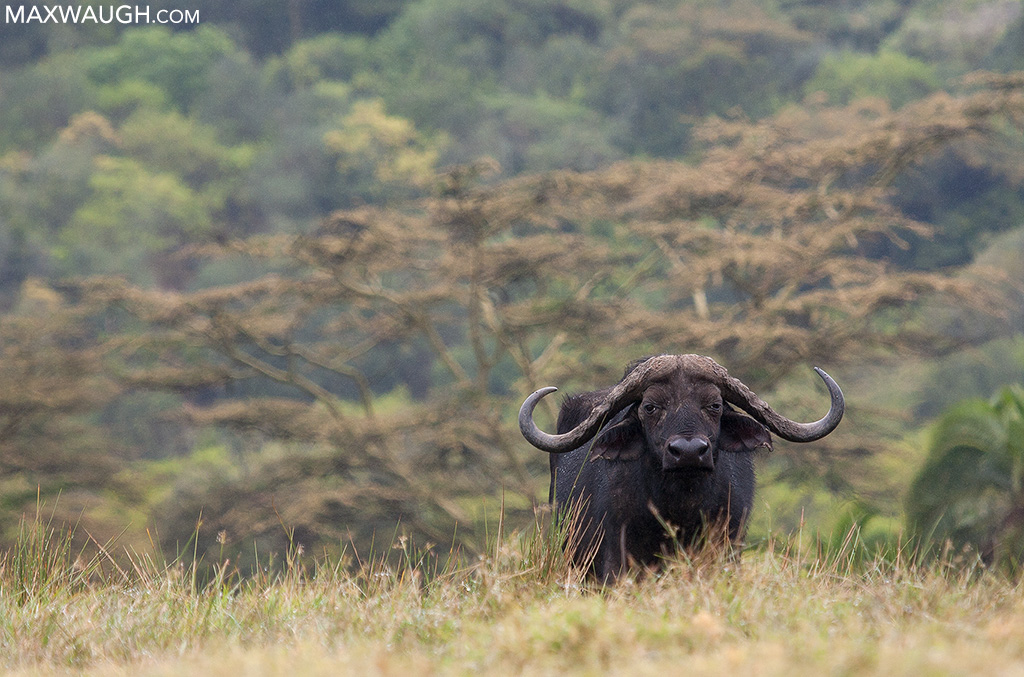 The park also hosts some species we may not see elsewhere during the trip.  During my previous visit, this was the only place we saw the beautiful White-fronted bee-eater and the striking colobus monkey.

From Arusha, we will hit the road and start to tackle the main part of our journey.  Our next stop is the Ngorongoro Crater, a UNESCO world heritage site. 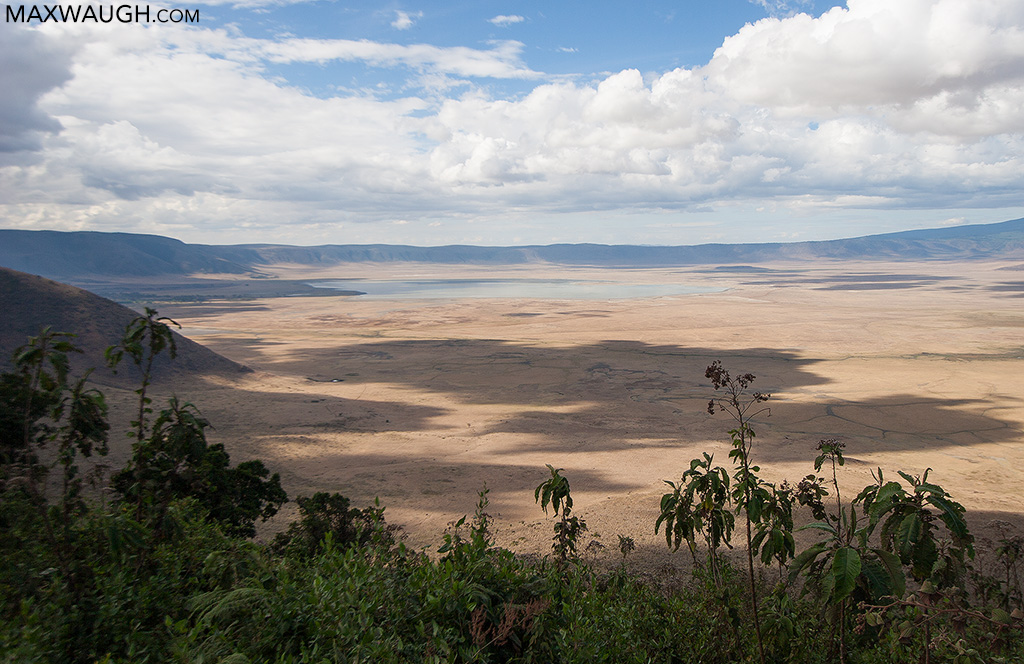 The crater is relative small (10-12 miles across) but is packed with wildlife.  Home to herds of wildebeest, antelope, hippos and other herbivores, this is also a haven for predators.  Jackals, hyenas and lions are common, but you may also luck into sightings of cheetah, leopard and even serval. 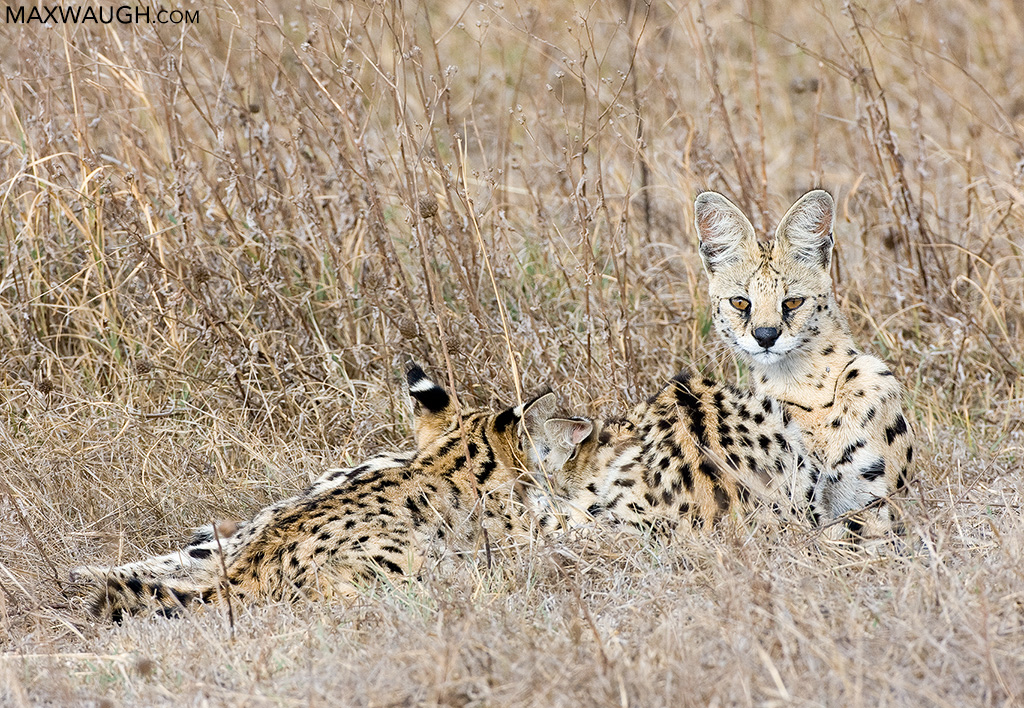 Ngorongoro is known as a haven for the endangered black rhinoceros, and it also happens to be one of the last places on earth where one might see larger, mature bull elephants, known as “tuskers.”  Both species are, sadly, prized by poachers, so either sighting would be a rare treat. 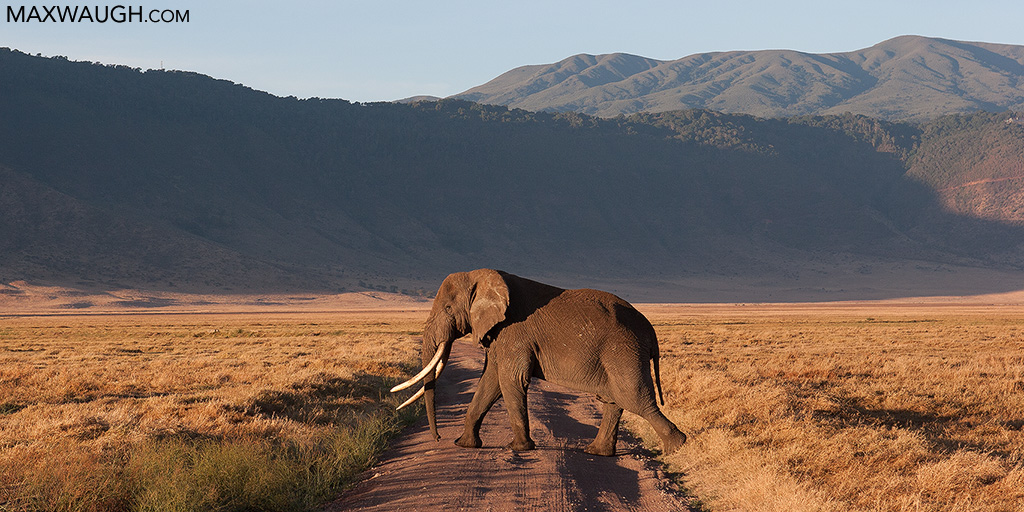 After two game drives in the crater, we head out to our next destination… which happens to be the main event!  We’ll spend the bulk of the safari in the Serengeti and neighboring Ndutu Conservation Area.  The Serengeti was recently voted Africa’s top wildlife park.  And for good reason.  It’s massive, and is home to the annual wildebeest migration.

“Serengeti” means “endless plain” in the language of the Masaai people.  The name is apt, as we’ll be surrounded by seemingly-infinite savannas (dotted by the occasional photogenic acacia tree). 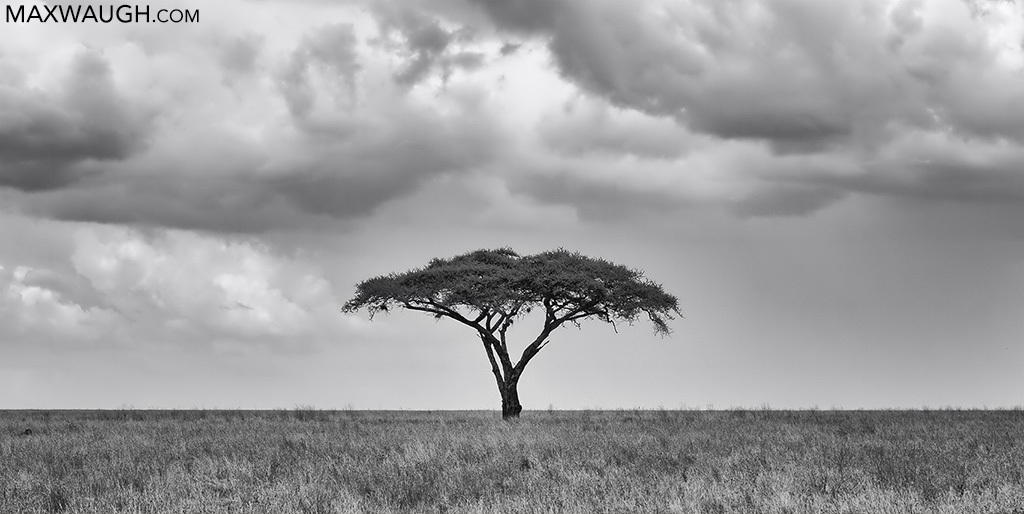 This grassland is anything but empty.  It’s one of the best places on earth to photograph cheetahs.  Leopards could be napping up in one of those acacias, or lions might be bedded at the base.  In fact, we’re visiting the Serengeti during what may be the best time of year for predator activity!  February is the time when the massive wildebeest herds converge on the plains to give birth.  And that brings out the predators (who sometimes have their own offspring along). 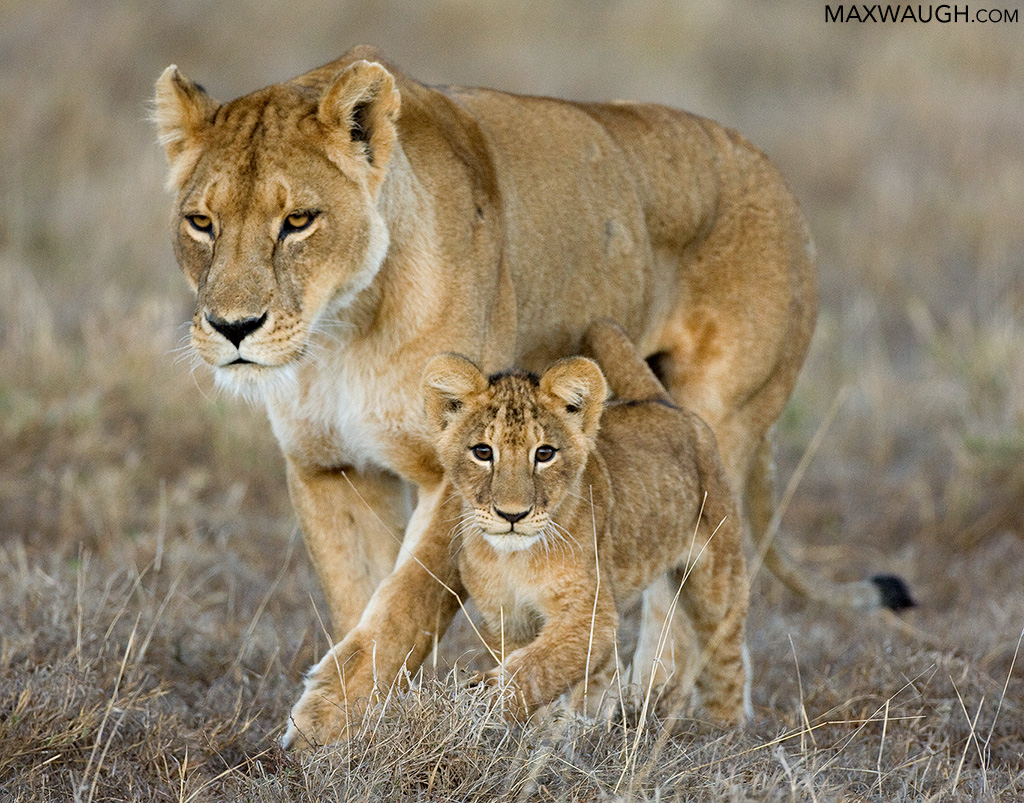 Tanzania’s parks do come with some restrictions.  Unlike some other countries, one is not allowed to drive off-road most of the time.  Which is why it’s great that we have the neighboring Ndutu Conservation Area next door.  Off-roading is allowed in Ndutu, so if we follow the action there, we’ll have even better chances to get up close and personal photo opportunities!  Of course, most of the photos seen here were all taken from the road, so it’s not as though we’ll be lacking close photo ops…

The Serengeti and Ndutu are home to most of the major savanna species you might hope to see, but there may be some less common treats as well, from owls to the endangered African wild dog, to those adorable bat-eared foxes. 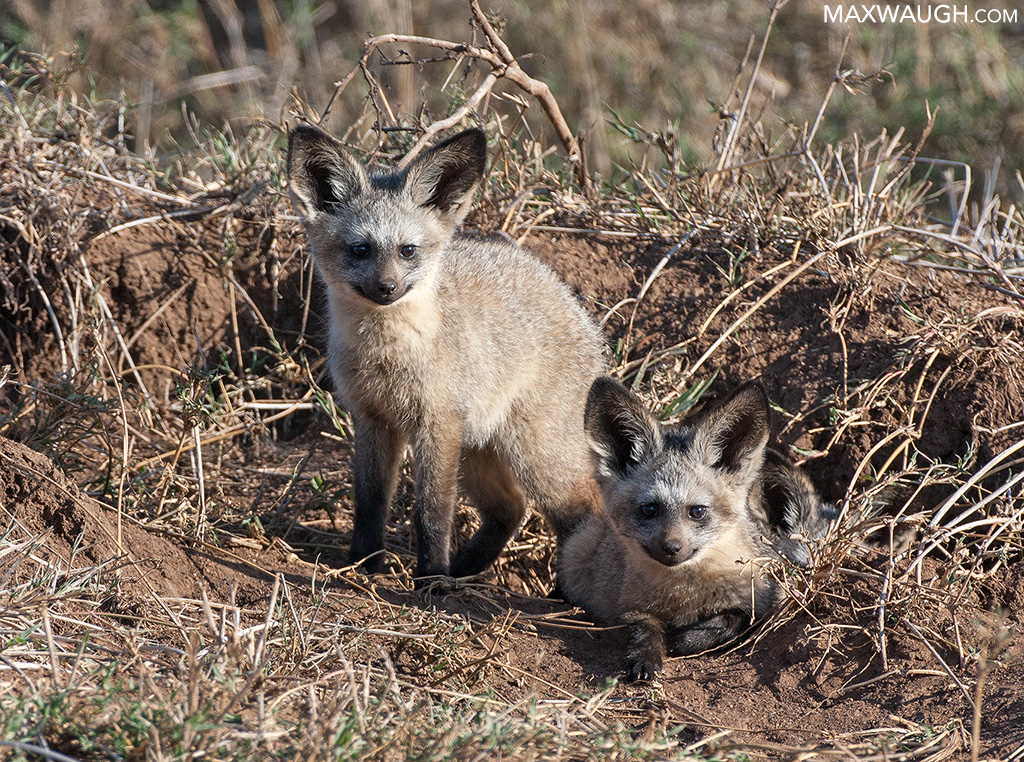 There’s an optional adventure during our Serengeti stay for members of the group: a hot air balloon ride!  Get a bird’s eye view of the savanna one morning if you wish.  Those who don’t participate in the balloon excursion will instead take another morning game drive, so everyone will stay busy.

What is a typical day in the African bush like?  Pretty comfortable, actually.  Okay, maybe a bit hot, but we’re looked after pretty well.  We hit the road before first light to maximize our photo opportunities at sunrise.  This time of year is a bit wetter, but that doesn’t mean it’s always going to be cloudy and overcast.  We can still get some spectacular light early and late.  And yeah, it may rain, but that will only help foster a lovely greener landscape (prettier than the dull browns and yellows that are often so prevalent). 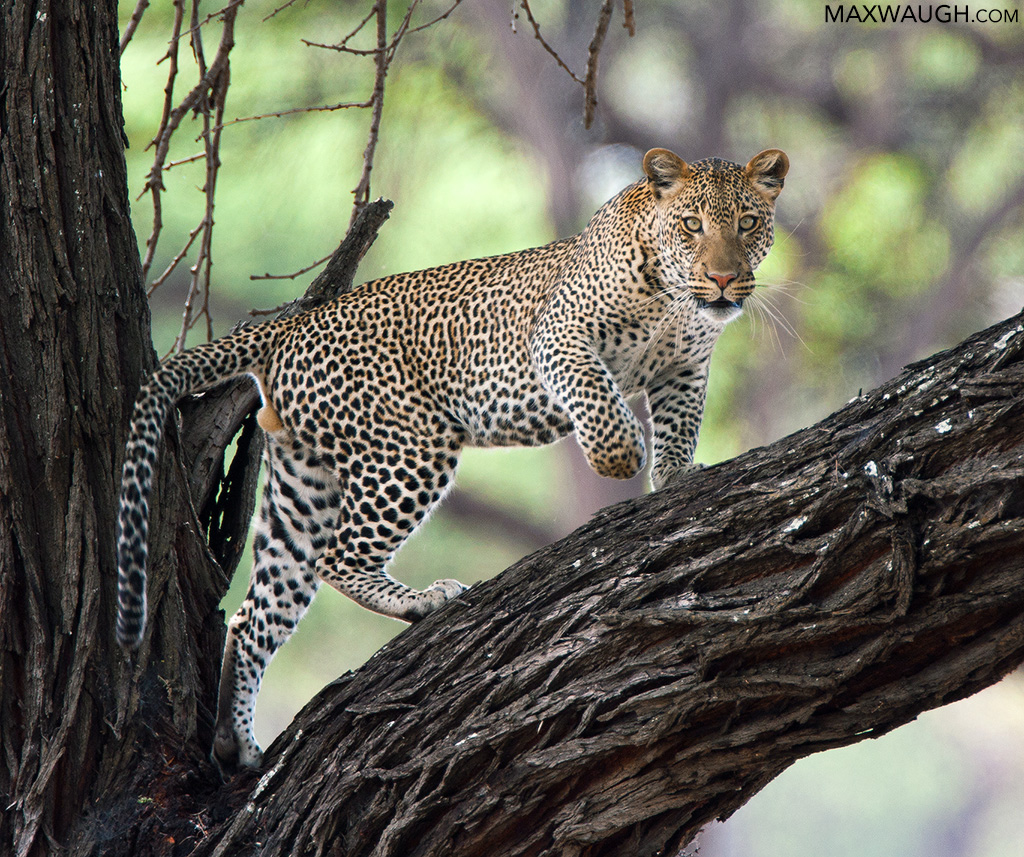 Riding in covered four wheel drive vehicles, we’re well-equipped for exploring the savanna, whether it’s on the dirt tracks in the national parks or off-road in Ndutu.  With the number of photographers limited per vehicle, there’s more room for gear and to maneuver into a better and more comfortable shooting position (out the window or standing and shooting out of the open roof).  During the hottest part of the day, we’ll return to the lodge for a welcome break.  And lunch.  The lodges and camps we’re staying at have nice amenities… from buffet meals to nice private rooms… even wifi (in most cases)!

Each day includes an afternoon game drive as well, before we return to camp for dinner and relaxation.  I don’t keep my clients up all night with image review sessions and slideshows (though I’m more happy to do so on an individual bases if requested).  It’s more about enjoying the experience during our stay in Tanzania.

But wait, the trip isn’t over yet!  After our extended stay in the Serengeti and Ndutu, we start heading back toward Arusha, but due to the length of the commute, we’ll make one overnight stop along the way.  That puts us close to Lake Manyara National Park, famous for tree-climbing lions and home to several wetland species we may not see elsewhere. 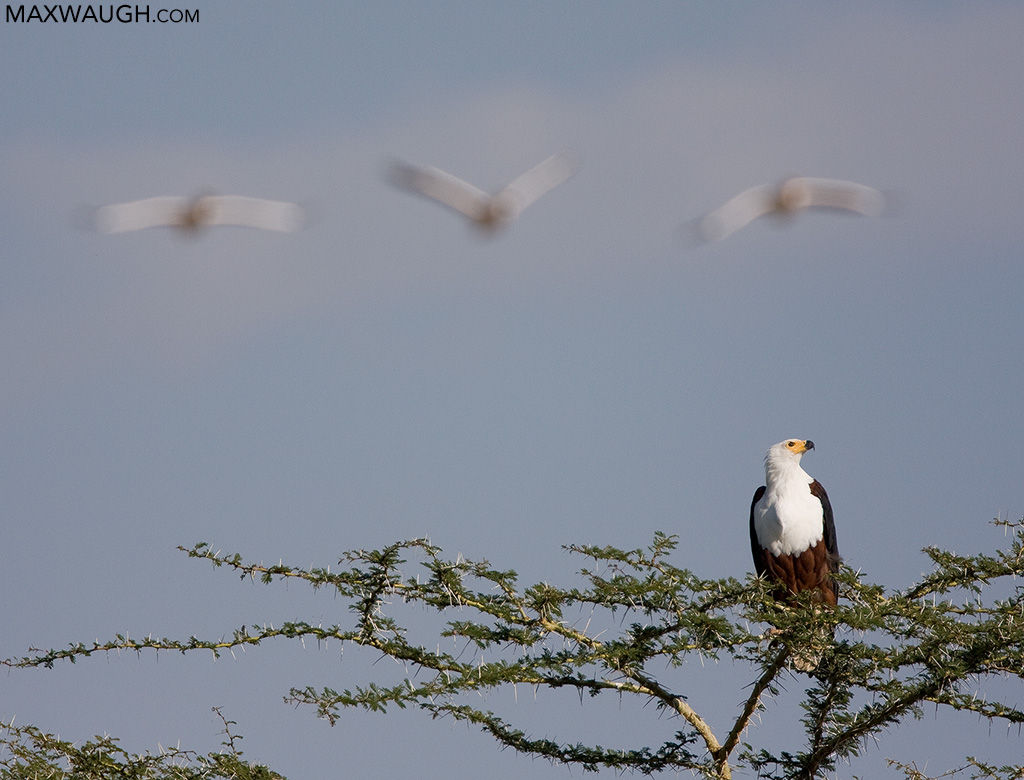 We’ll get one final morning drive in Lake Manyara before hitting the home stretch to Arusha.  All told, the itinerary spans 11 days, three national parks, the Ngorongoro Crater and the Ndutu Conservation area.  It’s going to be one heck of an adventure!

For whom is this trip suited?  Just about anyone!  It is a photo-oriented trip, but all of my tours are pretty laid back and casual or “non-photographers” are always welcome.  We’ll be encountering loads and loads of fascinating wildlife, and the non-photographer spouses and partners who usually accompany their more snap-happy halves on these trips seems to derive just as much enjoyment out of them.

Learn much more about the tour, itinerary and prices on my dedicated Africa tour website.

By the way, the Tanzania government recently introduced new park fees that affect every visitor.  Because these fees were instituted after I published my tour prices, I am going to cover this added costs for all of my guests.  That’s a savings of a few hundred dollars right off the bat!

Nature and Travel Stories You May Have Missed, Part 3
2018 Spring Photo Print Sale: Get 25% Off