This is the latest in my traditional series of Yellowstone trip reports, which I’ve filed during my trips to the park over the last dozen years or so.

My annual spring trip to Yellowstone didn’t start until Memorial Day Weekend for the second year in a row.  Other trips (in this case, our family trip to Ireland a few weeks ago) are preventing me from heading over as early as I’d like, but I’m still trying to fit in at least a week or so before the start of my photo tour.

Because it’s the holiday weekend, which entices hordes of visitors to Yellowstone, I once again chose to delay my arrival.  With the intent of driving to Idaho on my first day, I started out from Seattle at 5:30am.  Progress was slow.  After only a couple hours on the road, I had to pull over to rest.  This was my first solo road trip since last year’s marathon following the solar eclipse, but even so, normally I have plenty of gas in the tank before I need a break.  Perhaps it was the lack of sleep the night before.  Or I’m just old.  Or I’m suffering from Exhausted Daddy symptoms.  Most likely all three.

I tried to stay alert as I sped eastward.  The surrounding landscape looked more green than normal.  Maybe it was my later-than-normal spring start.  It also looked more brown.  Silty rivers were gushing and threatening to flood.  And there was more orange: nearly twice as much road construction as normal, which slowed me down even more.

Late in the morning I received a text from a friend inviting me to make a detour to northwest Montana, where he and his fiancé had recently moved.  I had not had a chance to visit yet, and I’m going to miss their wedding due to fall tour obligations.  With no set schedule, I decided to change things up and went north off I-90.

Oh, and it may have helped that he had found a very photogenic fox den near his house.

Knowing that I’d mainly be finding birds over the next day or two in Idaho, a fox den was enticing, especially one in a tranquil forest setting.  Tranquil that is, if the endless drone of mosquitoes is something that lulls you to sleep.  I only learned about that part after I arrived, but was given a head net (absolutely necessary, and the first time I’ve ever had to wear one anywhere during my travels).  I put on some repellent, but not quite enough.  Sitting on the forest floor, my ankles were exposed, and the bugs pounced.  I tried to pour pine straw over my feet as added protection, to no avail.

But it was worth it, right?  Well, we did see two fox kits when we arrived, but they went inside the den and never reappeared.  So the first afternoon was a bust.

The next morning we were back—ankles thoroughly sprayed, but the insects probably ignored them due to a lack of blood by then—and had another long wait.  Eventually, we had quick peeks here and there of the fox kits, but they didn’t come all the way out on the log above their den to play (as they had been doing every single day before I arrived).  So I landed a handful of quick shots, but nothing more. 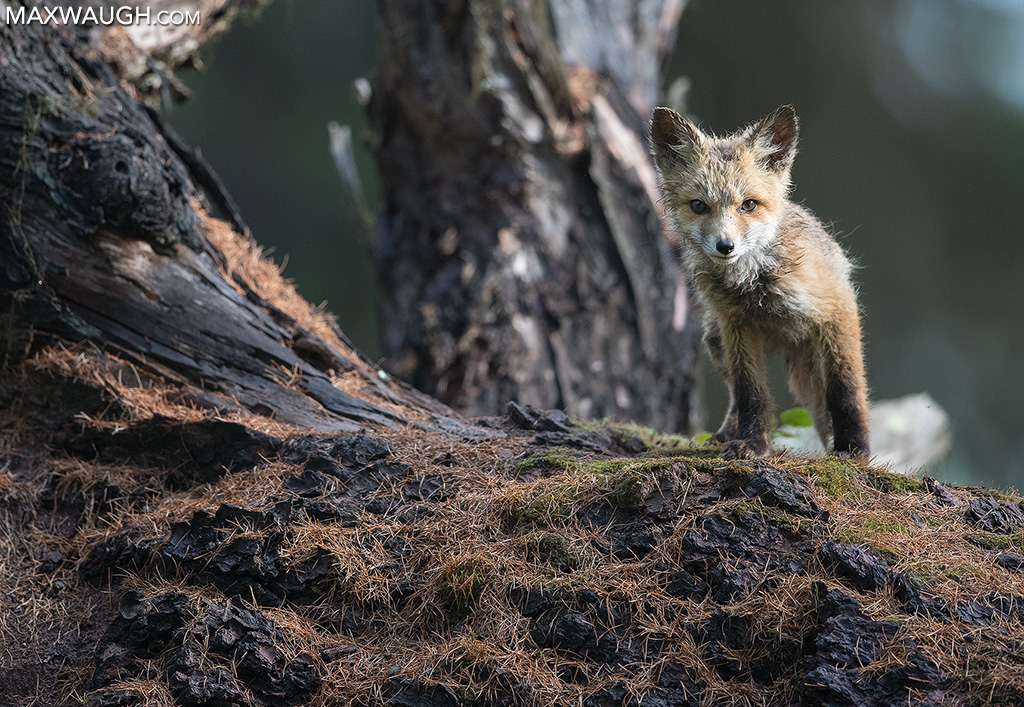 Nonetheless, it was good to visit and to see a bit of a new part of Montana for me.  I would’ve hit the road immediately, but for one issue.  My car was dead.

It turns out that the rear tailgate never properly closed (it’s one of those newfangled automatic doohickies), which drained the battery.  So after a jump and a battery check at the local auto shop, I was assured I could drive confidently without worrying about the battery dying again.

I still had a long ways to go, cutting back toward I-90 (needing another Dad nap on the way), then further east before turning south on I-15 for a couple hours.  On the way, I endured some brief spurts of pounding rain, but then skies cleared and remained warm for the duration of the drive.  My destination?  Market Lake Wildlife Management Area, which I’ve visited over Memorial Day the past couple years.  It’s a great way to escape the crowds while still finding some interesting subjects (mostly birds, as I mentioned).

I made it with daylight to spare and had a few hours of shooting time.  Along the canal, there’s a lot of potential for waterfowl and other wetland bird species.  Last year I did see an otter as well.  My big hope though is to have good owl luck.  Two years ago was great for owls.  Last year, not so much.  This year is was quiet but for Great horned owls, of which I saw nine (two sets of fledged owlets with nearby adults).  Photographing them and the lone porcupine that was present proved difficult, since they’re all so high up.  There were definitely better photo ops out in the wetlands. SexLocals.ch. 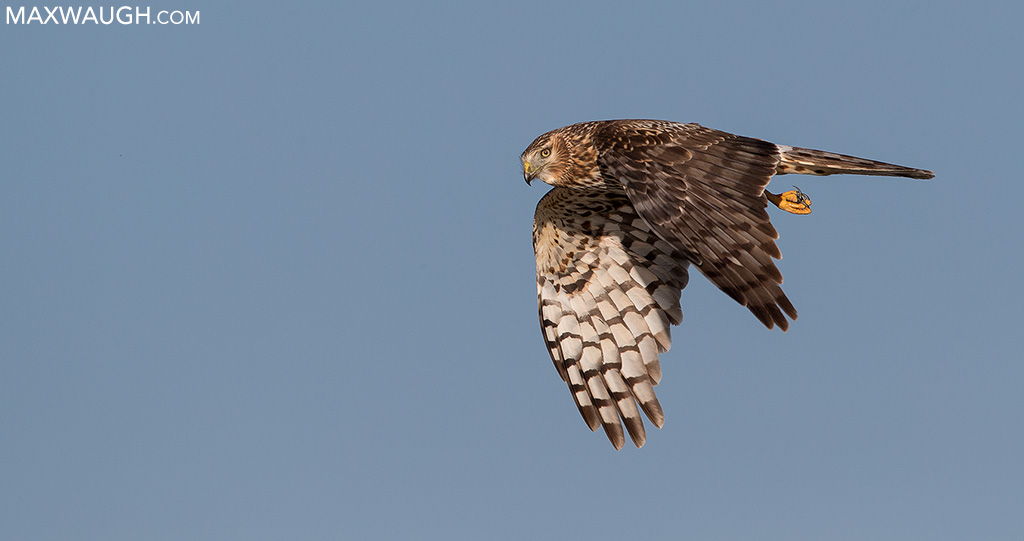 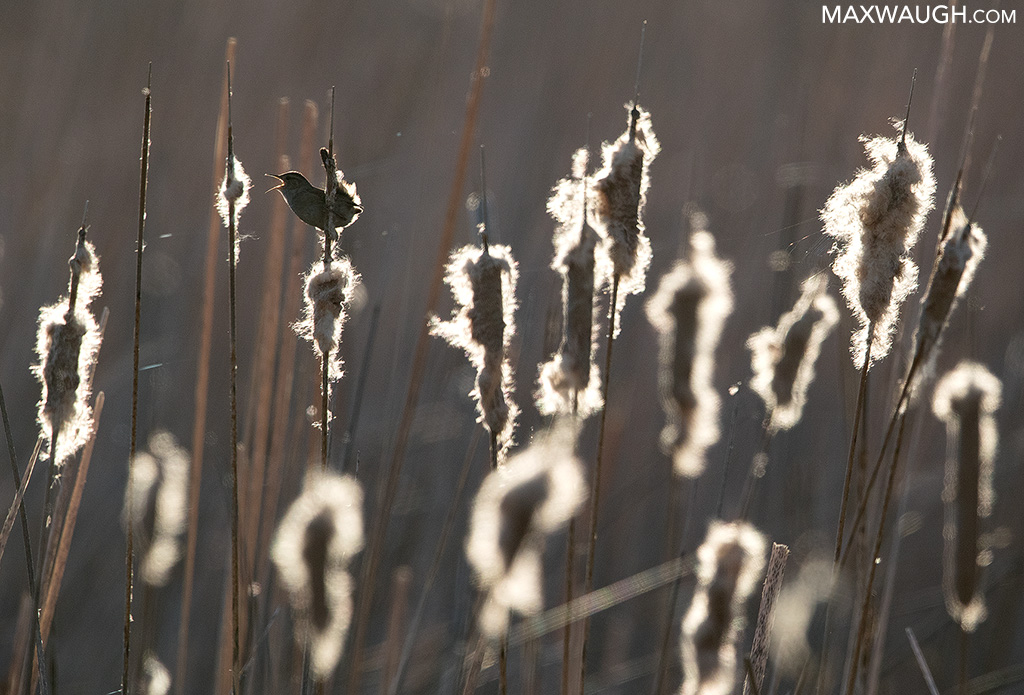 A couple friends showed up while I was there, and by the time it started getting dark we agreed to a (very) late dinner.  We headed south to Idaho Falls as lightning flashed across the horizon.  By the time we arrived in town things were getting nasty.  And I still needed to find a hotel room.  I settled on the Quality Inn, situated in an old, octagonal tower complete with dusty, cavernous rooms.  I was on the fourth floor and the elevator was out.  As I lugged everything upstairs, the storm truly arrived.  Lightning, rain and wind pelted Idaho Falls.

When we finished dinner it was already after eleven.  I returned to the Tower of Terror to catch a few hours of sleep before an early wake-up call.  Another mid-drive nap was inevitable on Sunday.

It was dry, temporarily, as I drove back to Market Lake Sunday morning.  The canal was fairly quiet.  Everything was still groggy and drying off.  But at least this afforded me rare close views of perched harriers (normally they fly off immediately).

I eyed the eastern horizon warily.  It was dark and ominous… it was only a matter of time before the rain returned.

I checked the rows of trees and found the porcupine (in a worse spot) and Great horned owls again.  It was incredibly dark still, and there wasn’t much to see.  I hiked over to the second row of trees and was busy taking distant pictures of an alert adult owl and a peeking owlet when the skies opened up. 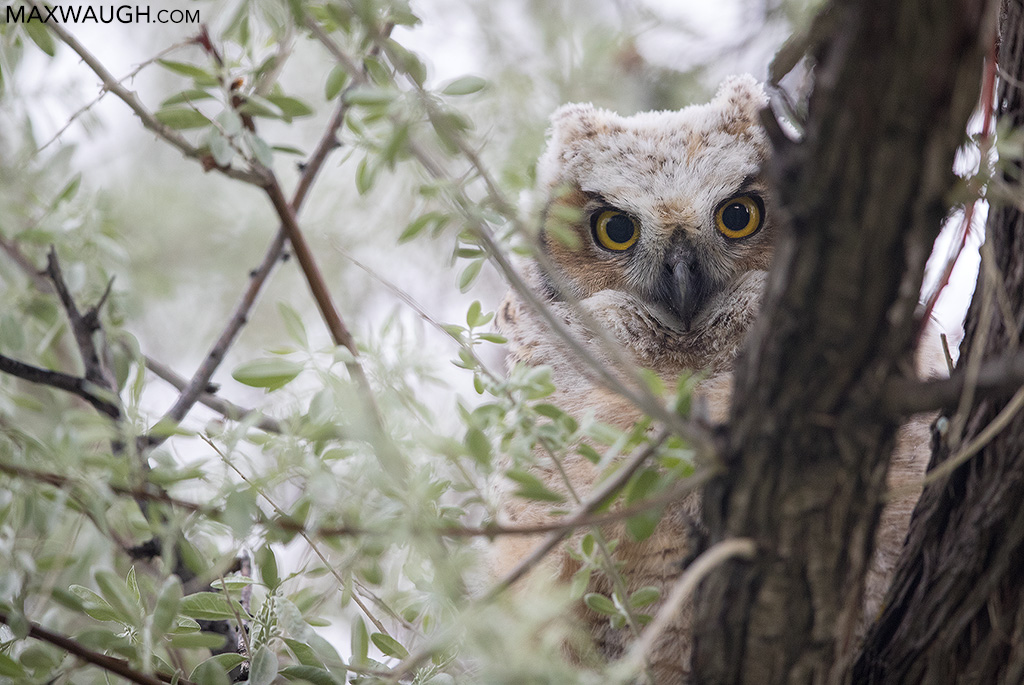 The storm was short, but effective: it managed to chase me back to the car, my bottom half soaking wet.  I spent the next hour or so along the canal looking for a few more subjects before I left (also changing into dry clothes in the middle of the road… possible when everyone’s off in Yellowstone!).  Pelicans flew past and an osprey dove down, caught a catfish and flapped above on its way back to the nest.  An American bittern croaked across the marsh, but I only got a brief view as it flew away from the road.

I wasn’t finished with my Idaho adventure, since I wanted to stop at Camas National Wildlife Refuge on my way north.  I don’t like Camas as much as Market Lake, but it still offers some interesting potential sightings, with more waterfowl, porcupines and other possibilities.

Sunday’s visit was pretty quiet.  One hidden porcupine and a rabbit, lots of shy ducks, grebes and blackbirds.  I also saw four Short-eared owls, but never landed a good shot.  A couple were hiding in the grass along the road, invisible until I was almost upon them in the car.  The entire time I explored the canals, I had the entire refuge to myself.  I guess the weather scared off all the birders I normally see.

Idaho served its purpose, providing some fun shooting while keeping me away from the holiday crowds as long as possible.  But it was time to enter the fray.  Not before my now daily old timer’s nap, of course.  Hopefully I find a way to catch up on sleep before the start of my tour next week!

I buzzed through the West entrance, and was instantly immersed in everything Yellowstone has to offer.  A Bald eagle flapped above the road as it battled the wind.  A black bear swam across the Madison (probably the first time I’ve seen one along that stretch of the river)… 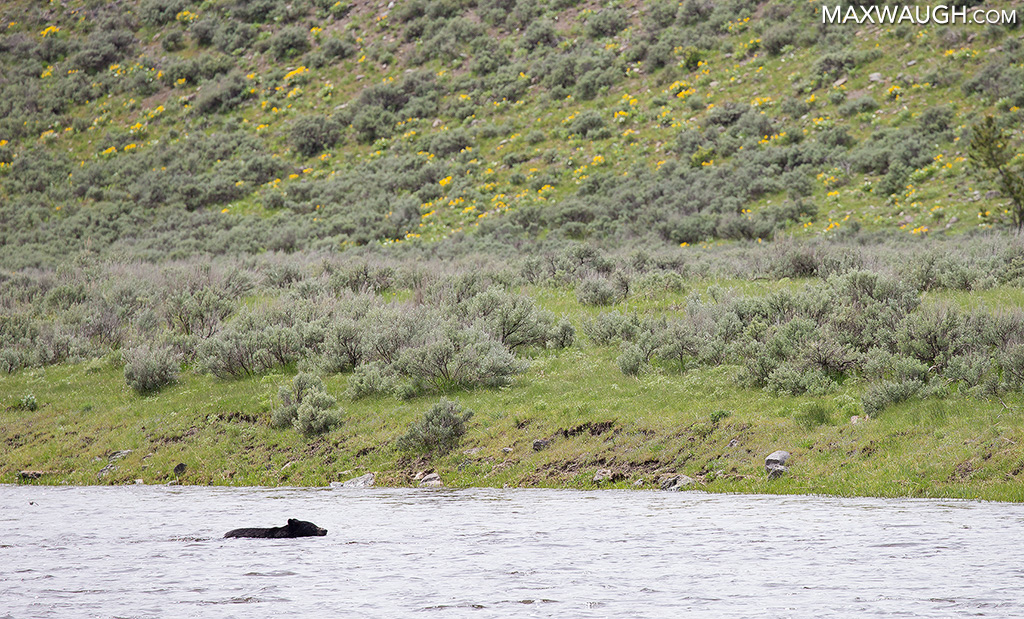 Another osprey struggled with a large trout.  And I got stuck in a bison jam.

I knew what was coming the moment traffic slowed.  I was in the dreaded Gibbon River corridor, where best-laid plans go to die.  There’s no place for bison to get off the road for miles there, and inevitably tourists (especially holiday weekenders) don’t know how to handle a bison jam.

Speaking of which: are you unsure how to deal with bison on the road?  Check out this article.

I’ve been stuck in a three hour jam in this area before, so I knew I was in trouble.  This one lasted an hour… and all it took was two bison to bring everything to a crawl.

Luckily, I didn’t need another nap the road unclogged, and was able to complete the drive to the northeast without further delay.  I did stop briefly in the Lamar Valley to say hi to some folks staking out the popular badger den there, but soon I was pulling into our home in Silver Gate.