When it comes to birds of prey, I’ve made it clear that owls are my favorites. They garner a lot of attention from photographers in North America and around the world. Eagles are pretty popular too, from our own national symbol to the powerful Golden eagle, or perhaps the great variety of colorful or elusive eagle species found throughout Africa, Latin America and Asia (one of these, the Harpy eagle, remains the number one bird on my personal wish list).

Eagles and owls get a lot of pub, and hawks (known as buzzards in the eastern hemisphere) have a certain flair that garners attention. But what about the other, smaller raptors? I realized recently that I’ve seen a fair number of smaller species of birds of prey during my overseas travels. Many of these exhibit interesting behaviors… others simply look cool! Because I haven’t shared a lot of images of these raptors I felt it was time to dedicate a photo feature article to some of them.

Here are a few of the smaller or lesser-known raptors I’ve encountered over the years. 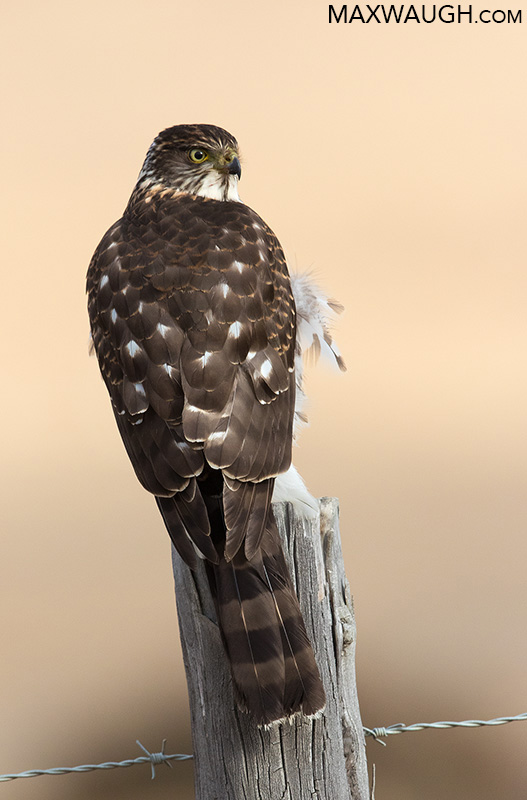 The Chilean hawk was a new species for me when I first saw it during my 2016 Patagonia trip. It looks very similar to our Cooper’s and Sharp-shinned hawks, and indeed is in the same family of accipiters. 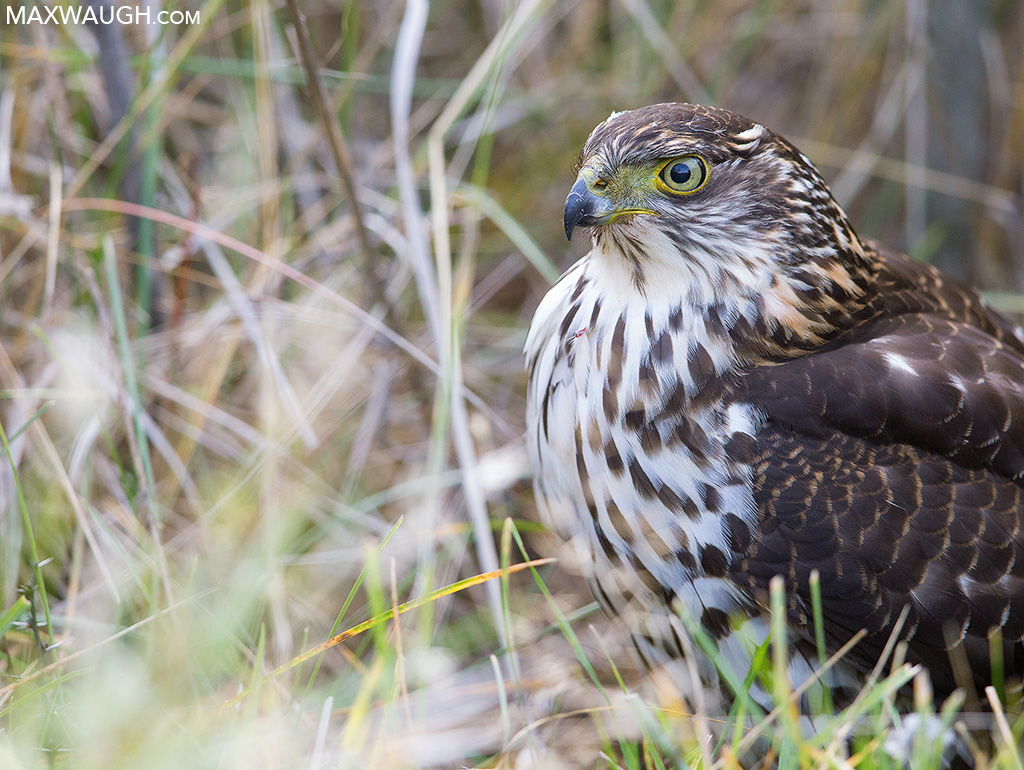 During my 2017 Patagonia tour, this young Chilean hawk almost smacked into one of our vehicles when it swooped in to kill a meadowlark. 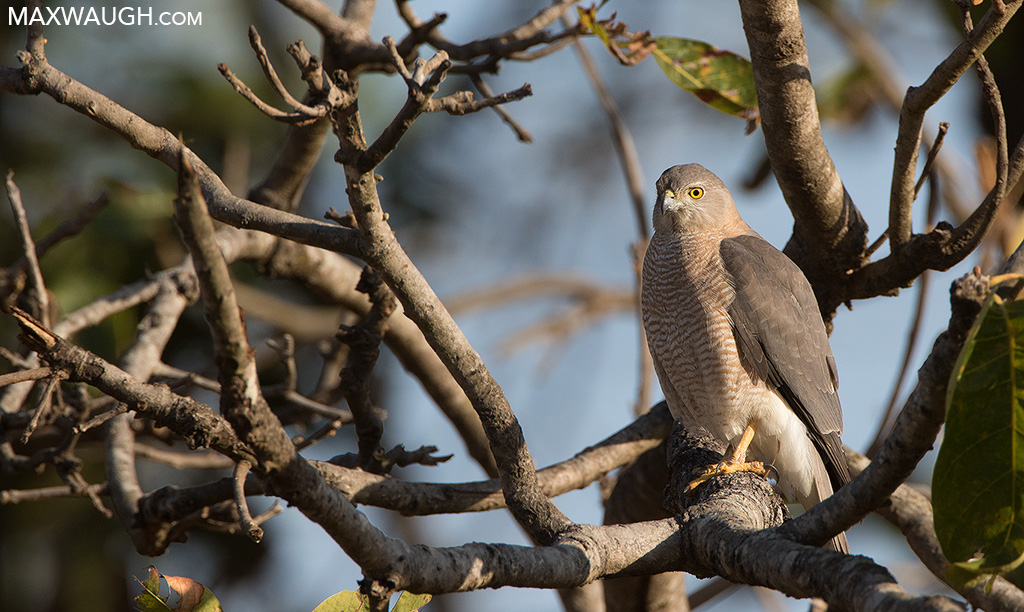 The Shikra, or Little-banded goshawk is frequently seen in India. It’s another accipiter. 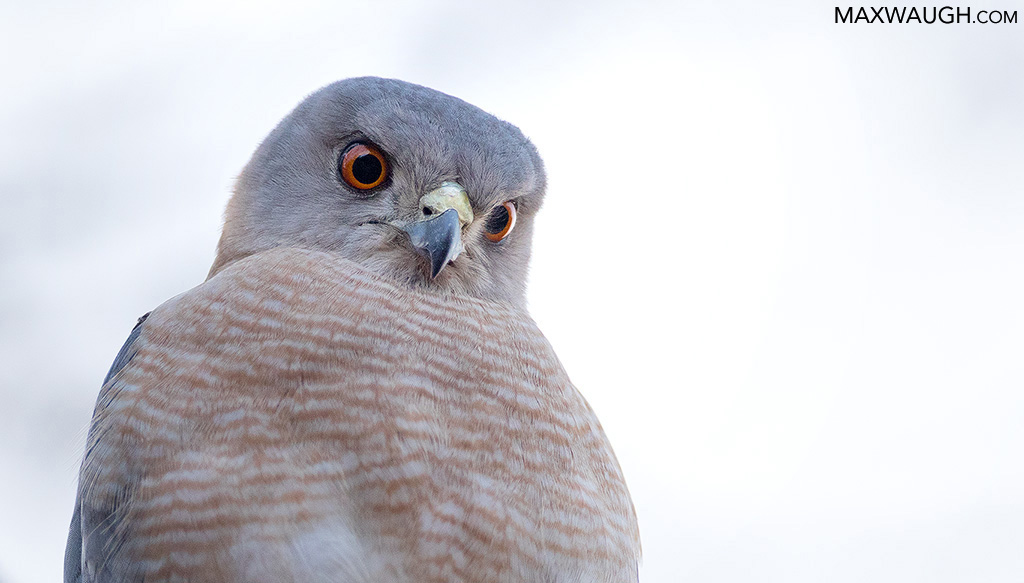 You can certainly see the similarities between the Shikra and its accipiter cousins, from the head and face shape to the banded chest. 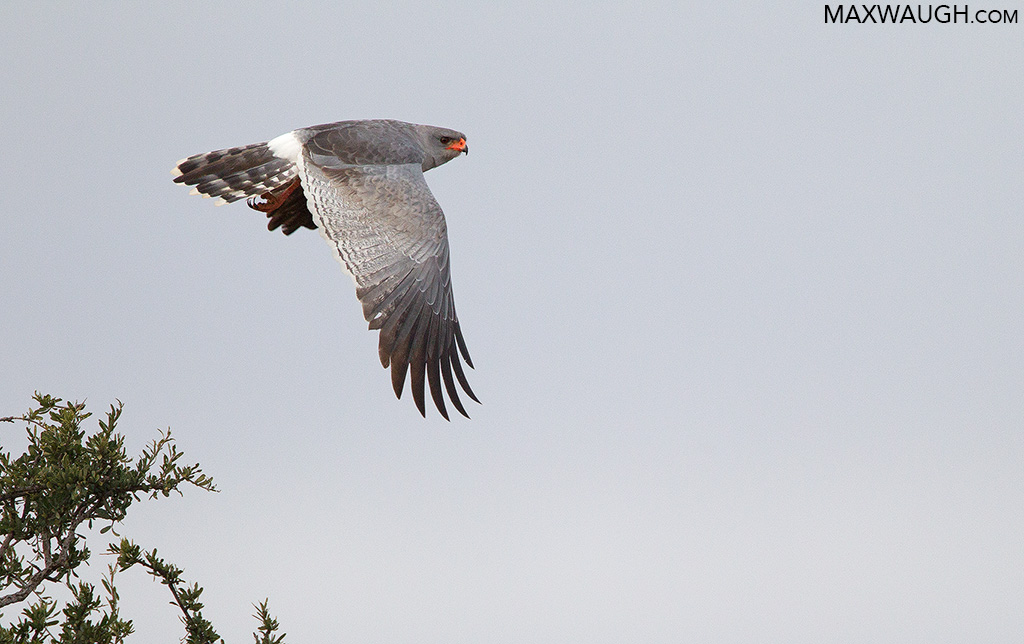 Pale chanting goshawks, found in Africa, are a bit larger than the birds above, but also sport longer legs and some lovely coloration in the adults. 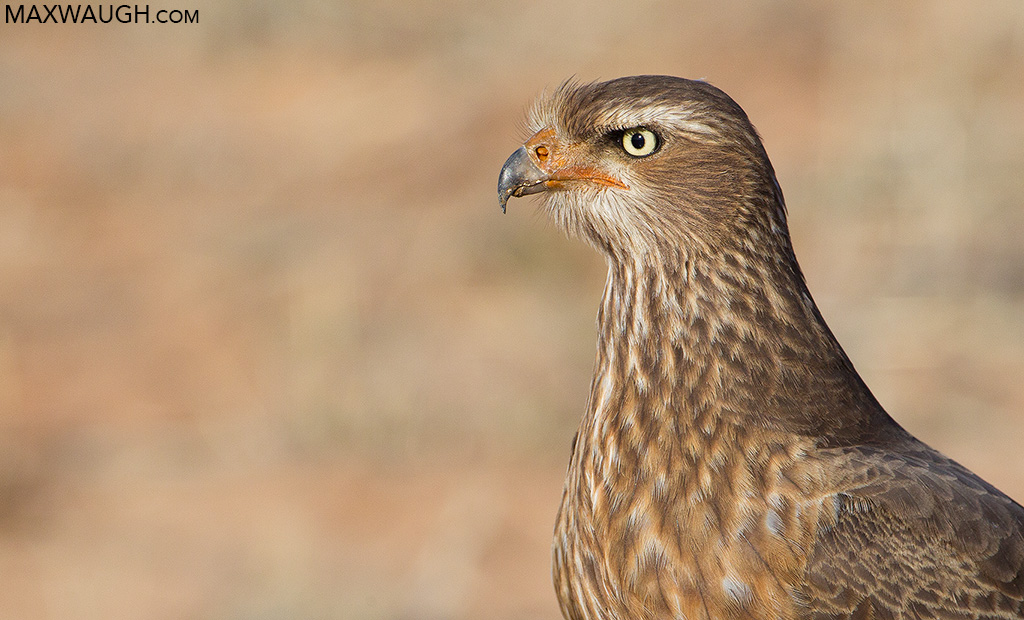 Juvenile Pale chanting goshawks are adorned with browning markings. This one was photographed in the Kalahari Desert. 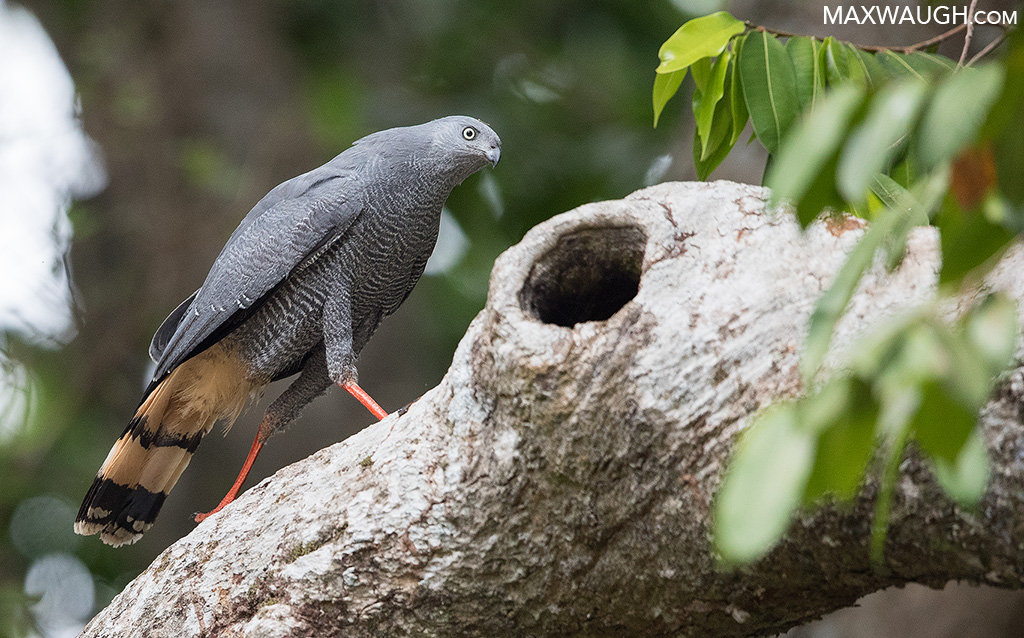 This Crane hawk was hopping around a tree in the Brazilian Pantanal looking in every hollow, perhaps seeking snakes, rodents or large bugs. 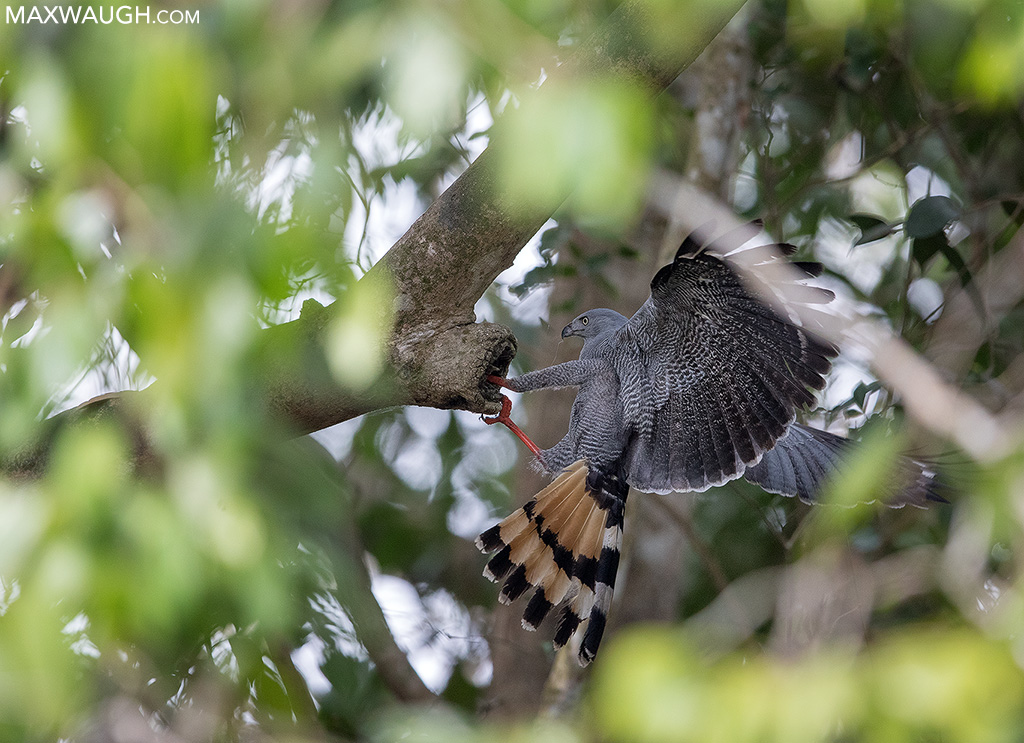 This long-legged raptor possesses double-jointed tarsal bones, allowing it to reach into holes like tree cavities for prey. 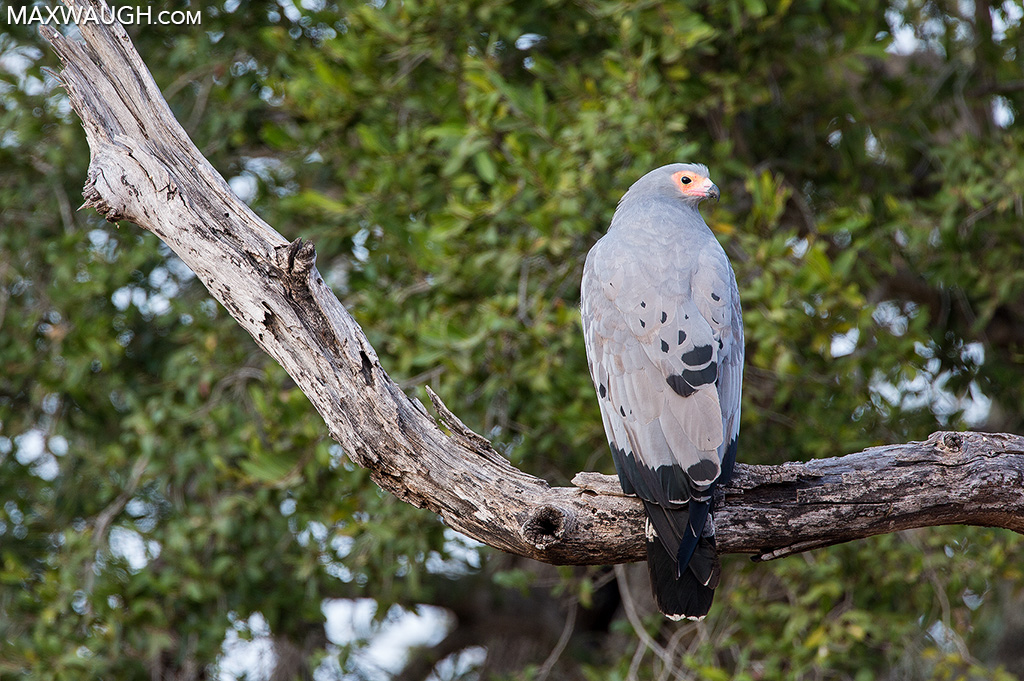 I’ve witnessed similar behavior from the African harrier-hawk (which apparently is also “double-jointed”). Also known as the Gymnogene, this bird can actually change the color of its facial mask. I’ve seen one go from red to yellow! 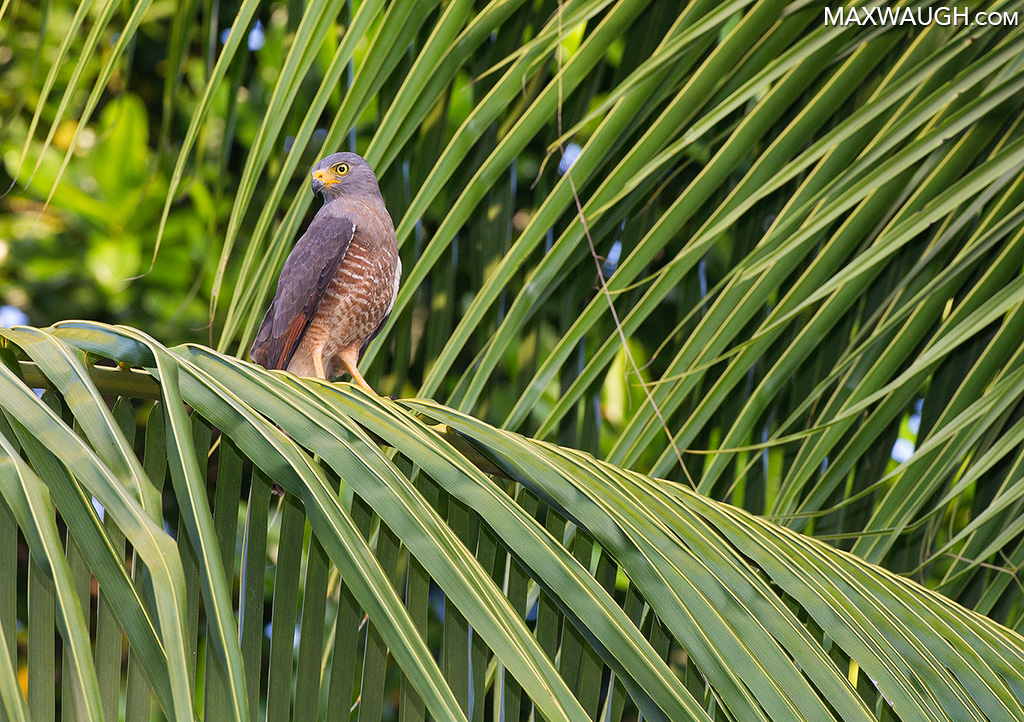 The Roadside hawk probably has more of a “traditional” body type that we’re used to seeing in our North American hawk species. However, it’s quite small, and is widespread in the Latin American tropics. Not surprisingly, it’s often found near roads. This one was photographed in Costa Rica. 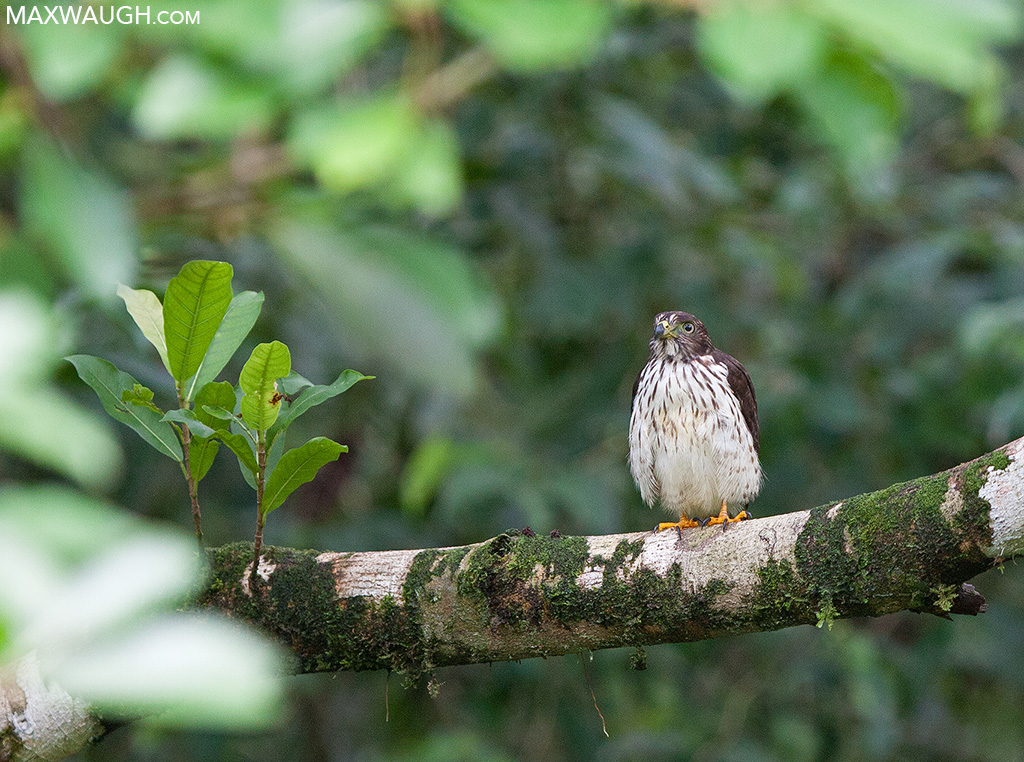 Some forest raptors rely on other species to help them find food. Forest falcons have been seen following army ants, picking off the flying bugs the ants scare up. The Tiny hawk, pictured here in Costa Rica, pulls off a similar trick. I’ve seen them following squirrel monkeys, which are also bug eaters and spook a lot of grasshoppers and katydids. 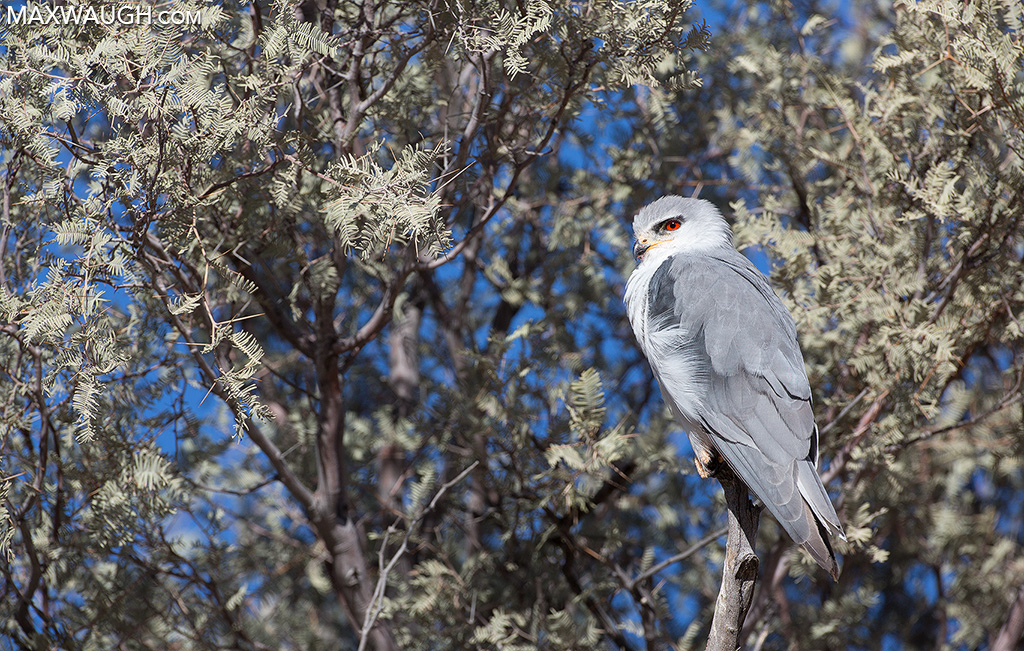 Africa’s Black-winged kite looks very similar to other kite species (the Black-shouldered and White-tailed) found in places are far-spread as the Americas and Australia. This one was photographed in the southern Kalahari in South Africa. 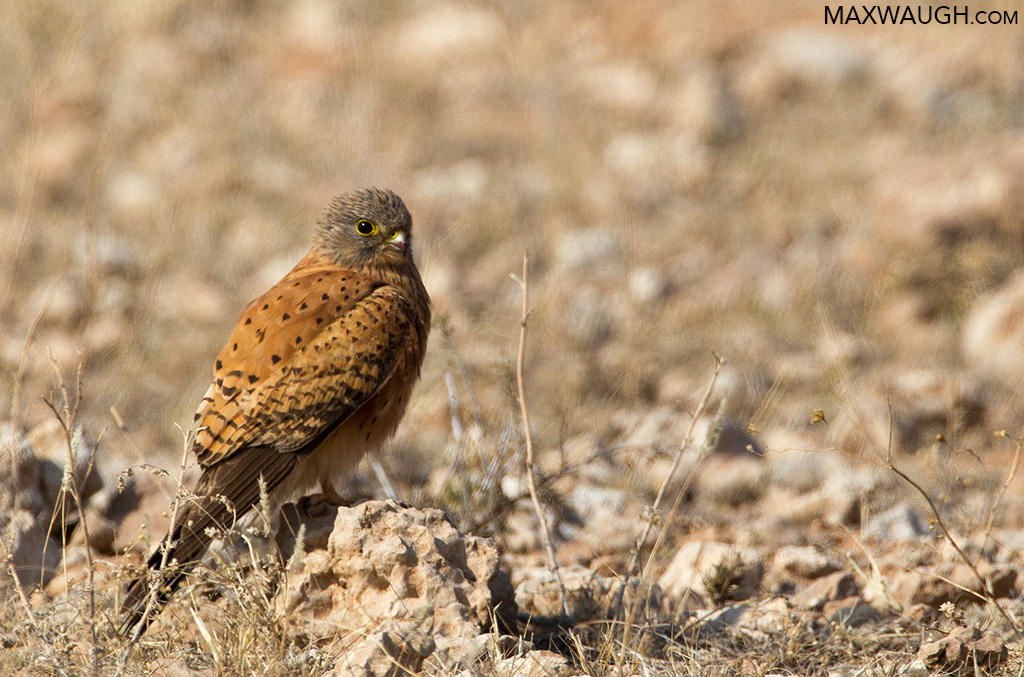 Another desert species is the Rock kestrel. I generally have a tough time photographing kestrels, which are typically quite shy. Our own American kestrel will usually take off before you even get out of your car or roll down your window. 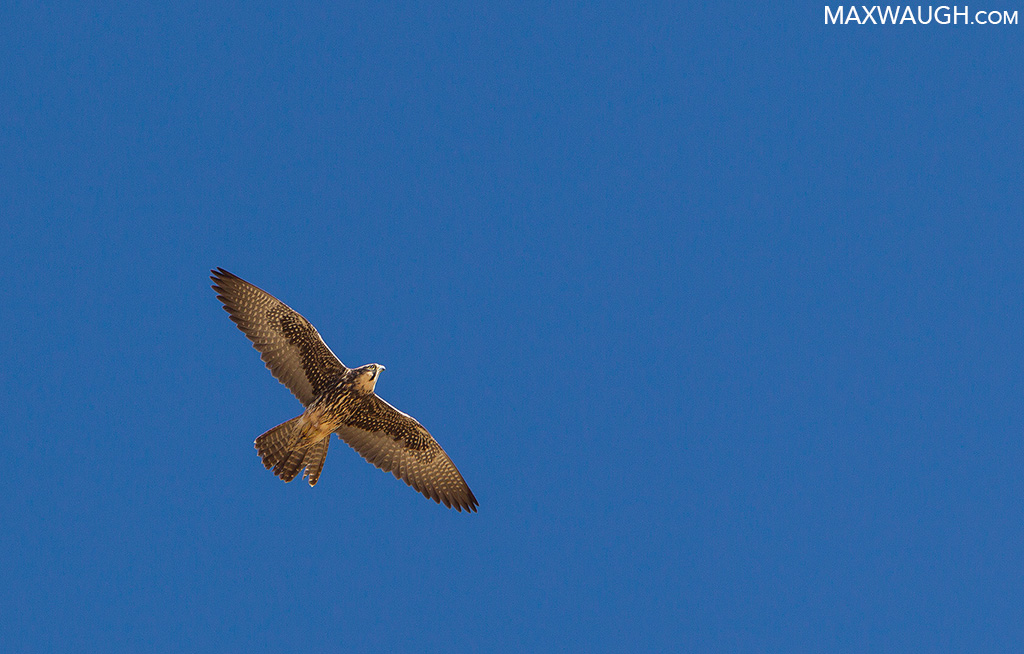 The Lanner falcon is a larger falcon species found in Africa. We witnessed this one divebombing flocks of quelea in Kgalagadi Transfrontier Park. 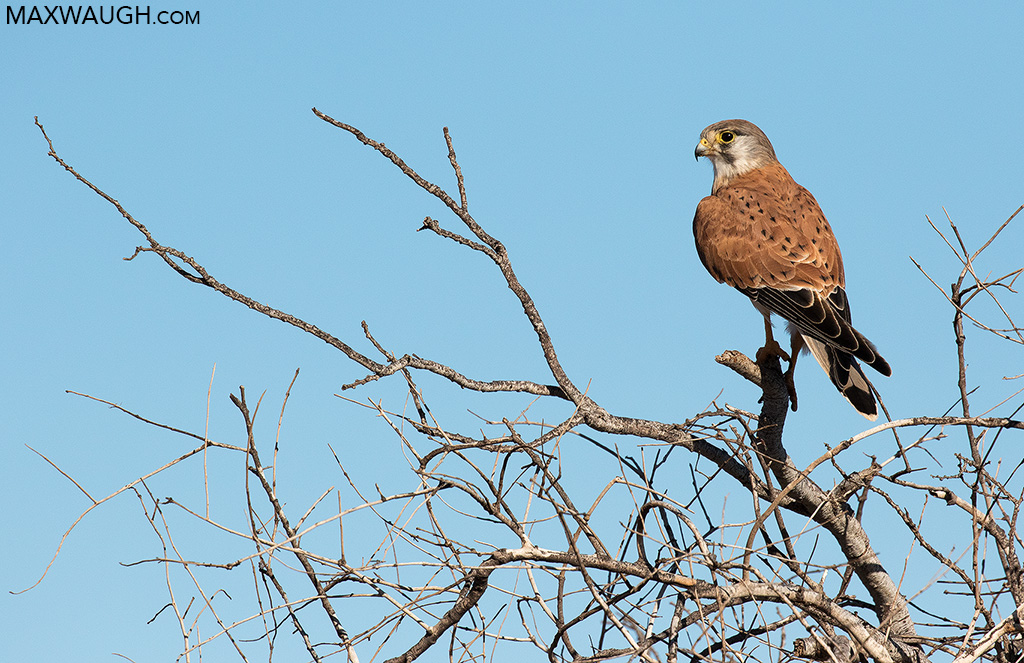 I had slightly better sightings of falcons in the arid northwest corner of Australia a couple years ago. This Nankeen kestrel perched just long enough for me to step out of my car and fire a couple shots. 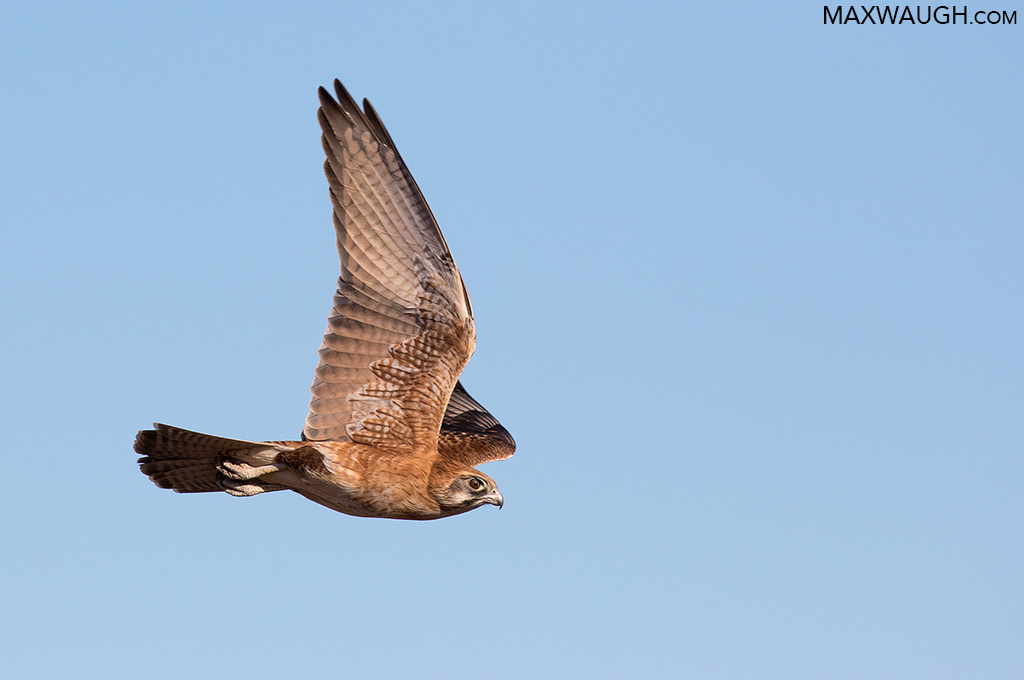 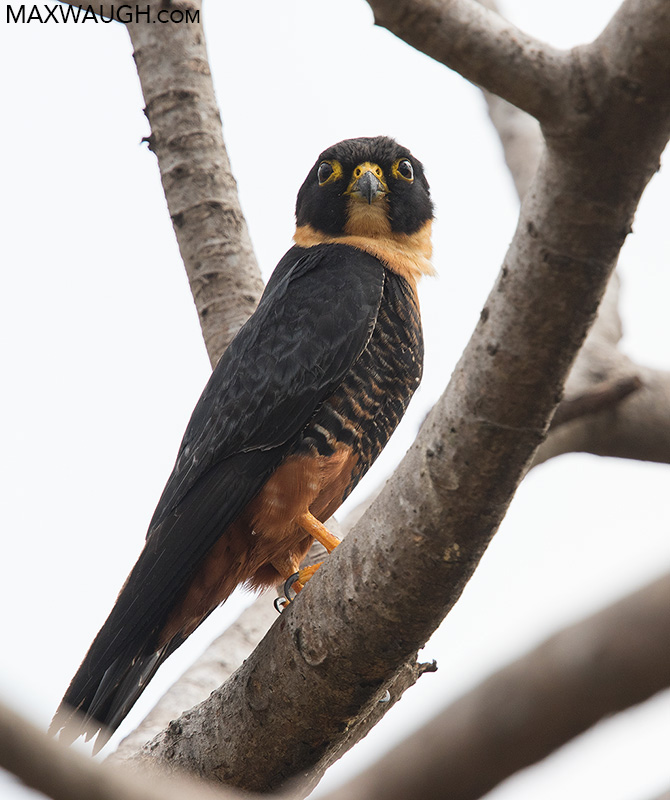 Falcons are pretty cool… amazingly fast fliers, and let’s face it, they’re quite handsome. One of the better-looking falcons I’ve ever seen in the Bat falcon, which I’ve encountered in both Costa Rica and Brazil. I’m still waiting for slightly better photos. 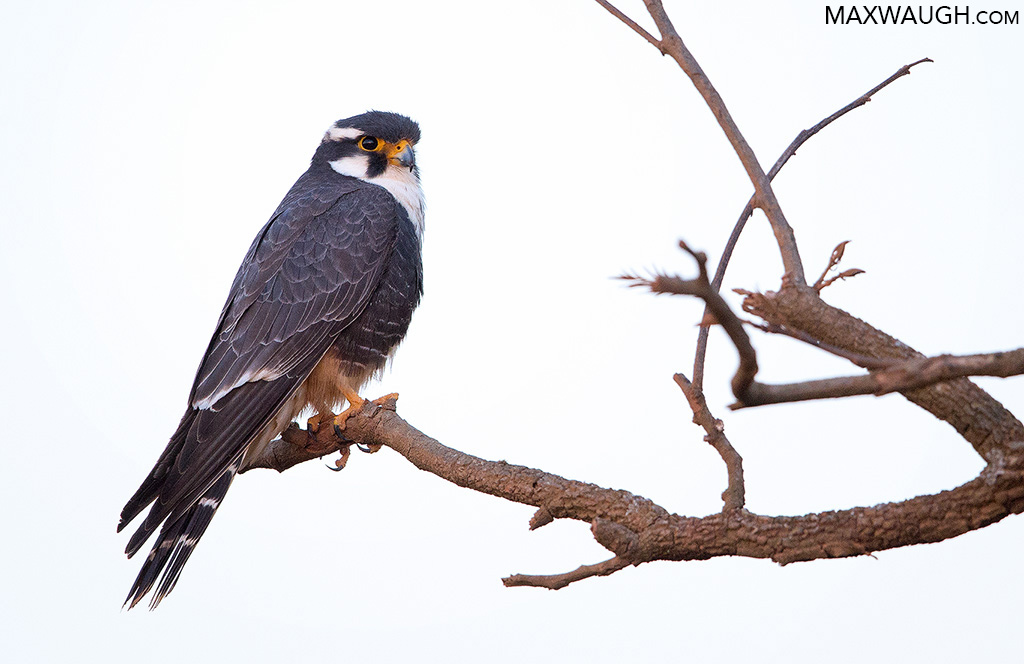 Another gorgeous falcon is the Aplomado falcon. I finally had a chance to see and photograph this species in Brazil. It’s been a rare visitor to the southwestern US in recent years. 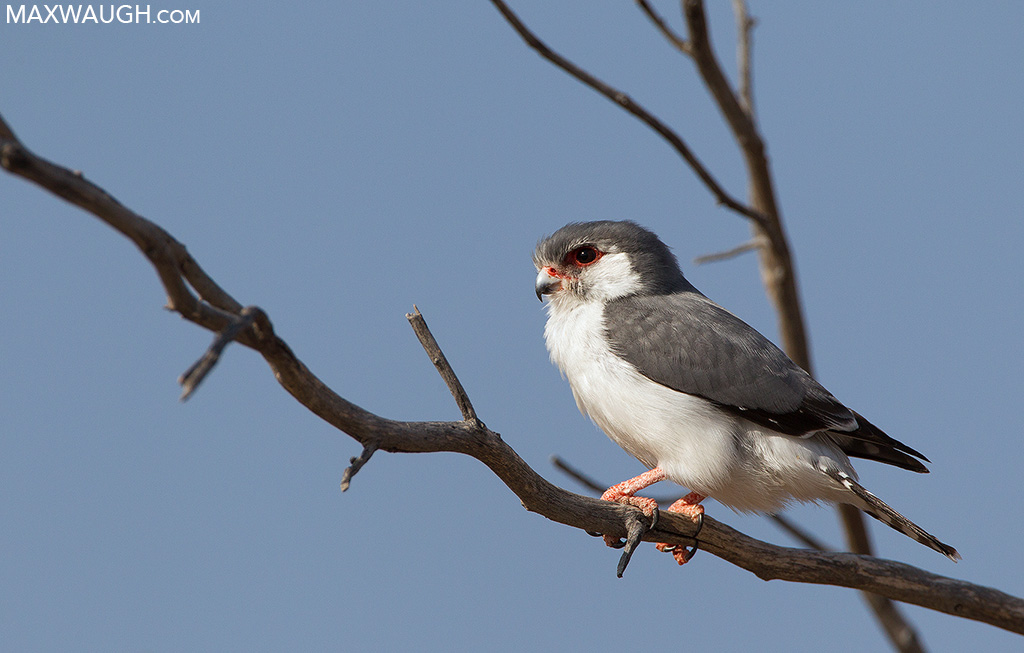 I’ll finish with perhaps the cutest raptor species, the Pygmy falcon! This is one of the world’s smallest birds of prey (not quite as tiny as some Asian falconet species), reaching only 20cm in length. I photographed this one in the Kalahari. Yes, the desert can be a great place for raptors!

Remember, if you want to see more raptor pictures, you can always explore the photo archive using the keyword search function.