It was my first home game of the 2018 season, and something of a special one personally (see below). The Huskies knocked off North Dakota, as expected, 45-3. The defense was stout, but the offense stumbled at times. The Dawgs will look to improve on the road against Utah next week.

Here are some images from the game. You can see a few extra photos in the archive. 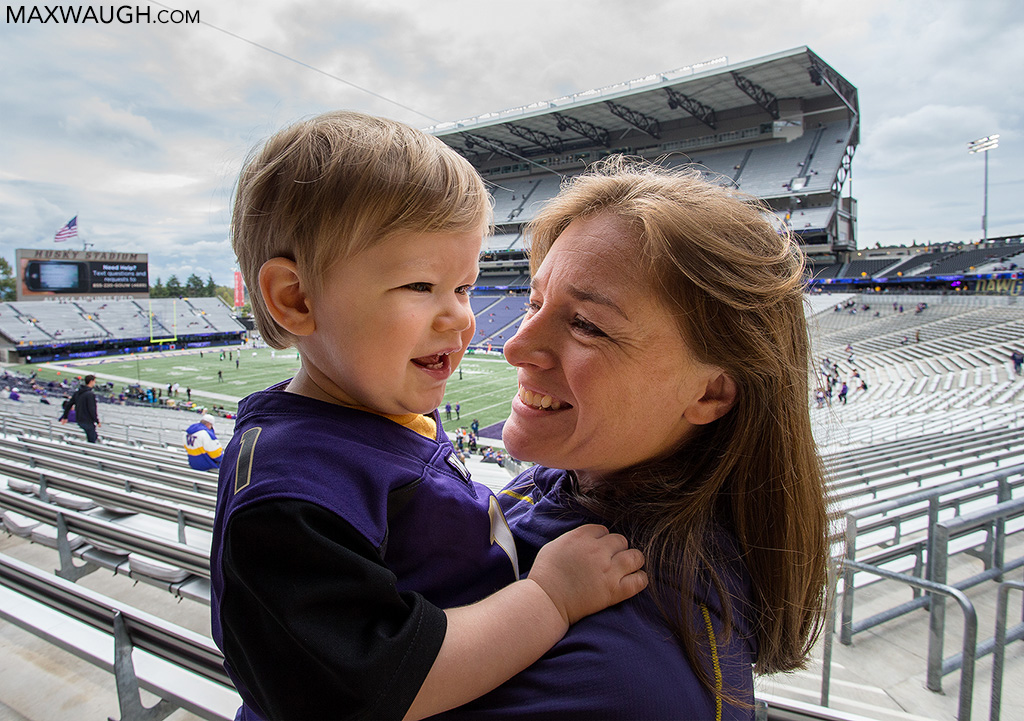 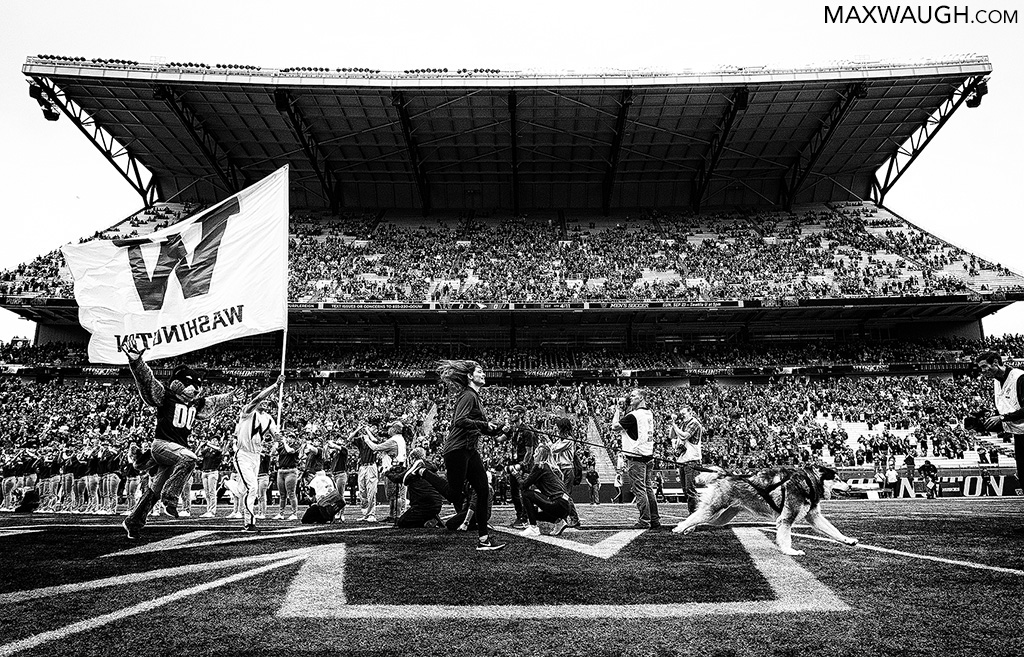 Dubs and the Husky cheer squad lead the team onto the field before the game. 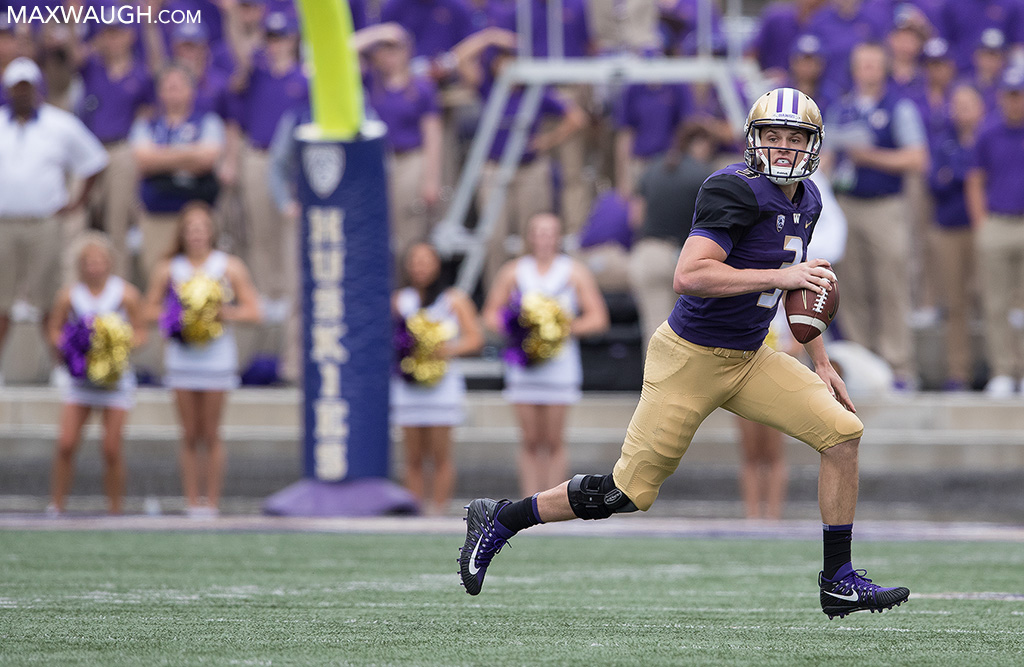 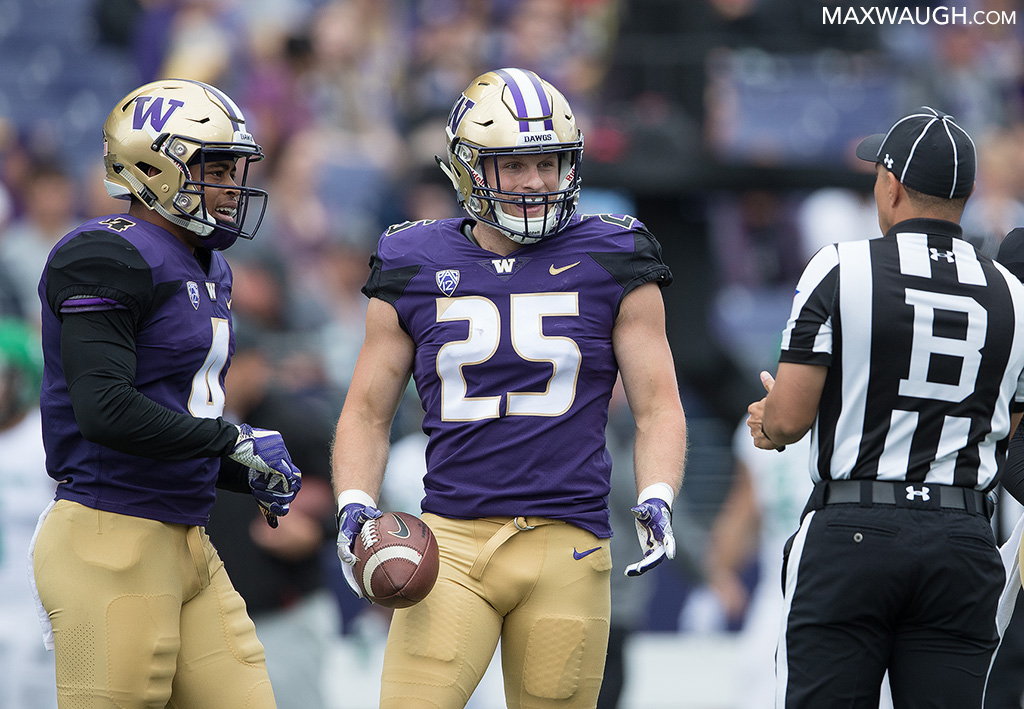 Ben Burr-Kirven and Austin Joyner try to make their point to the referee. 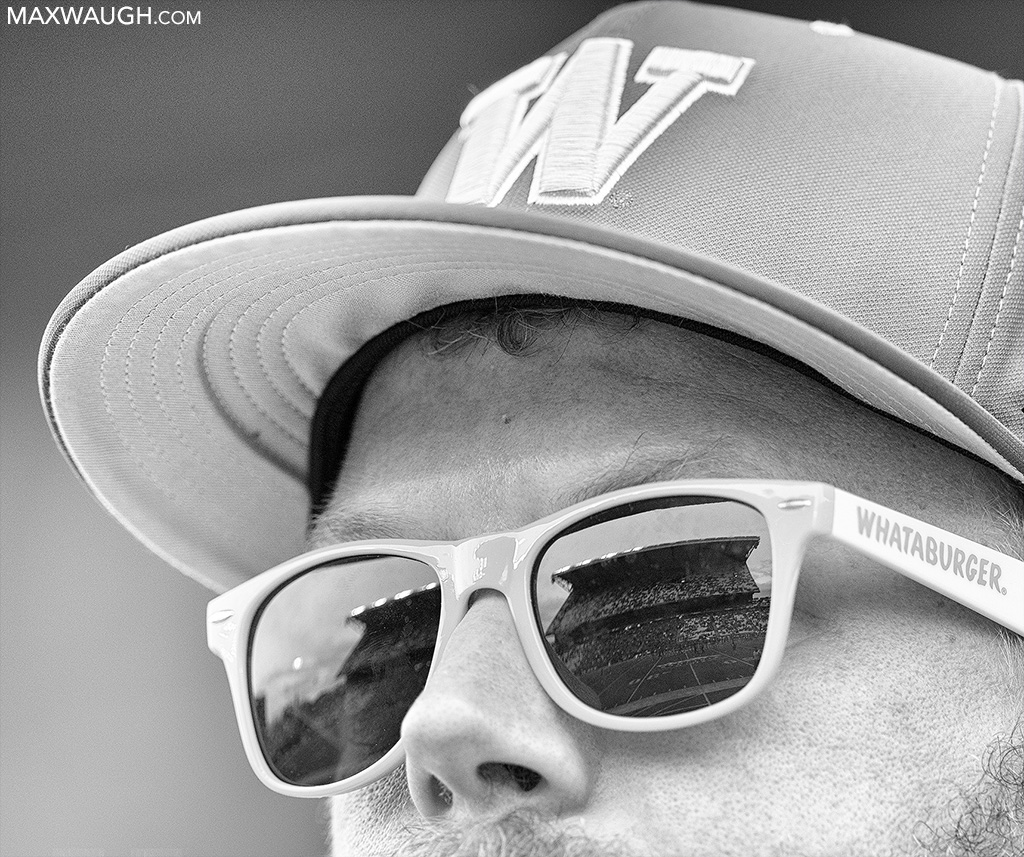 Husky Stadium is reflected in a fan’s sunglasses. 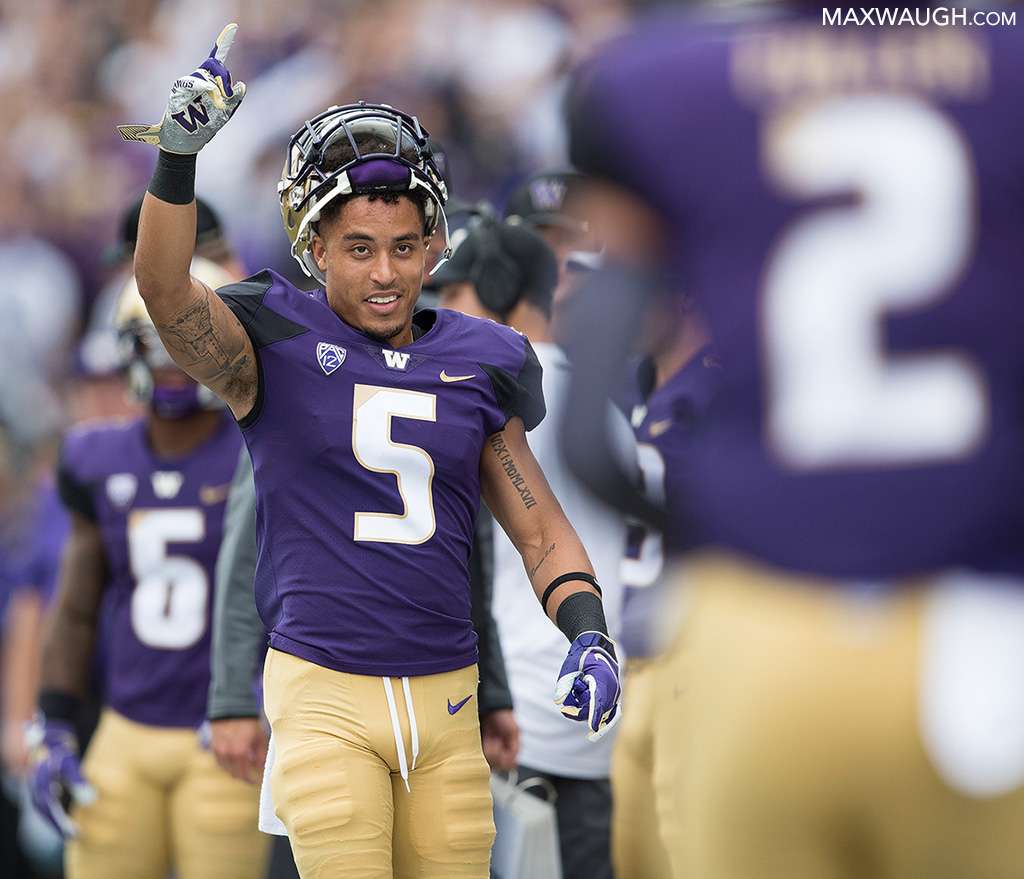 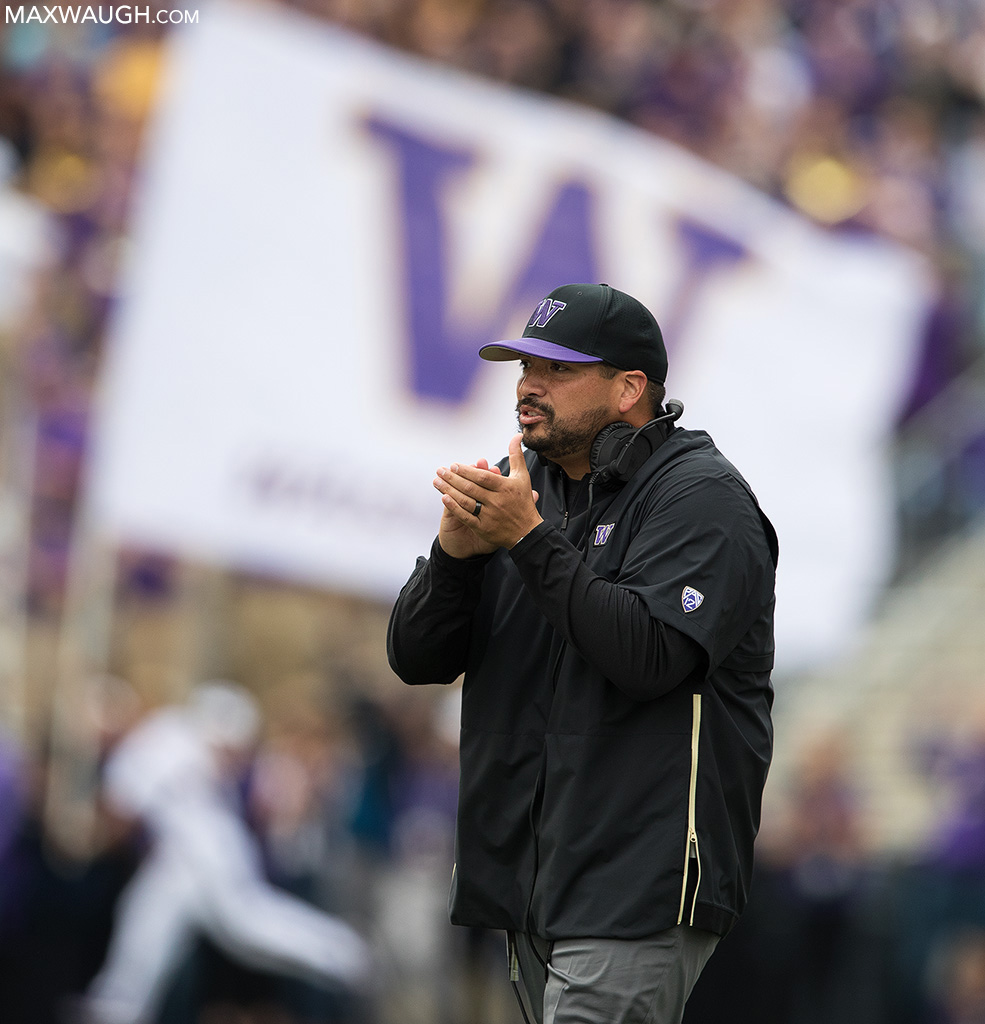 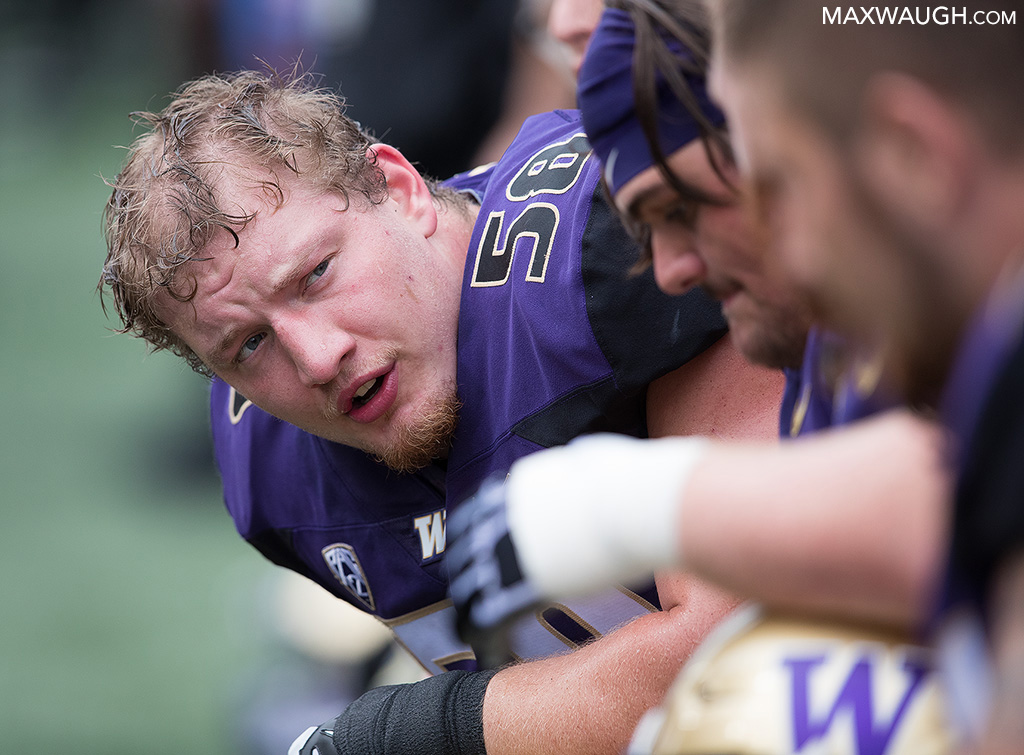 Kaleb McGary and the offensive line talk shop on the sidelines. 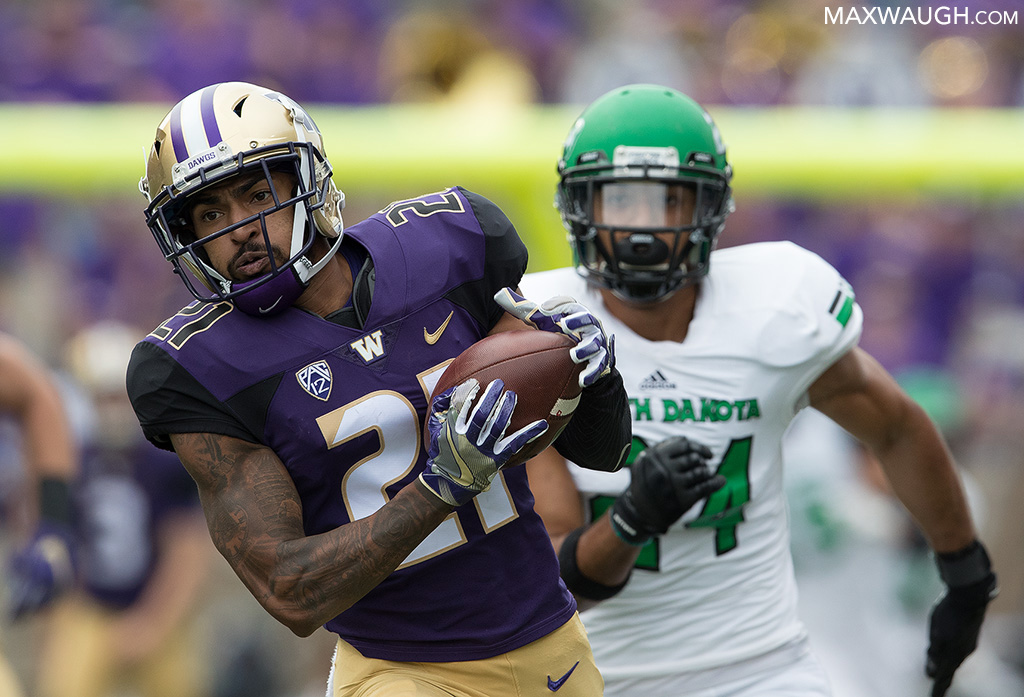 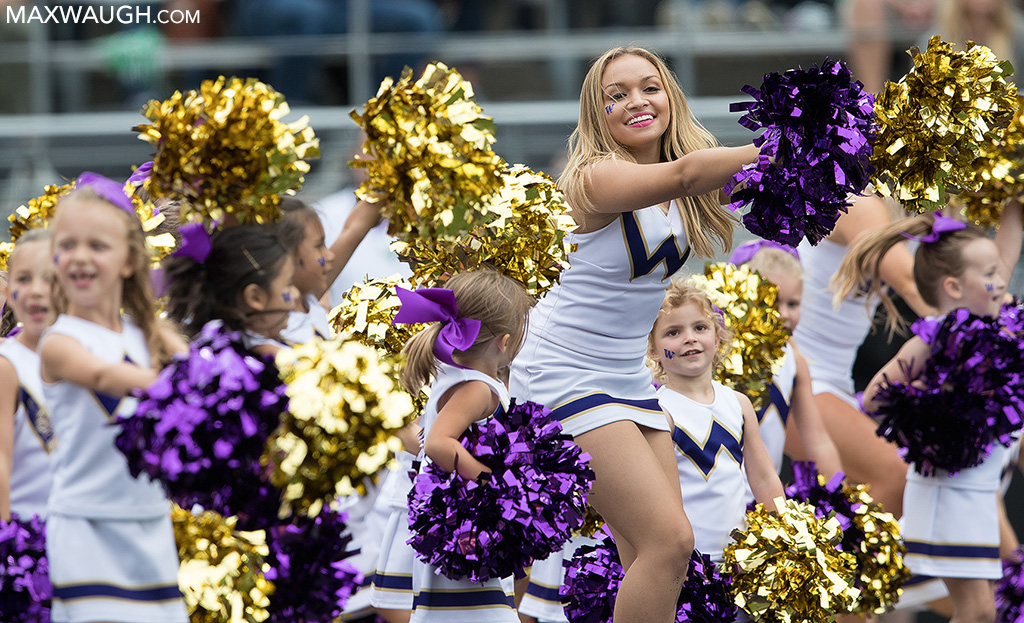 A cheer squad member gets a little help during a timeout. 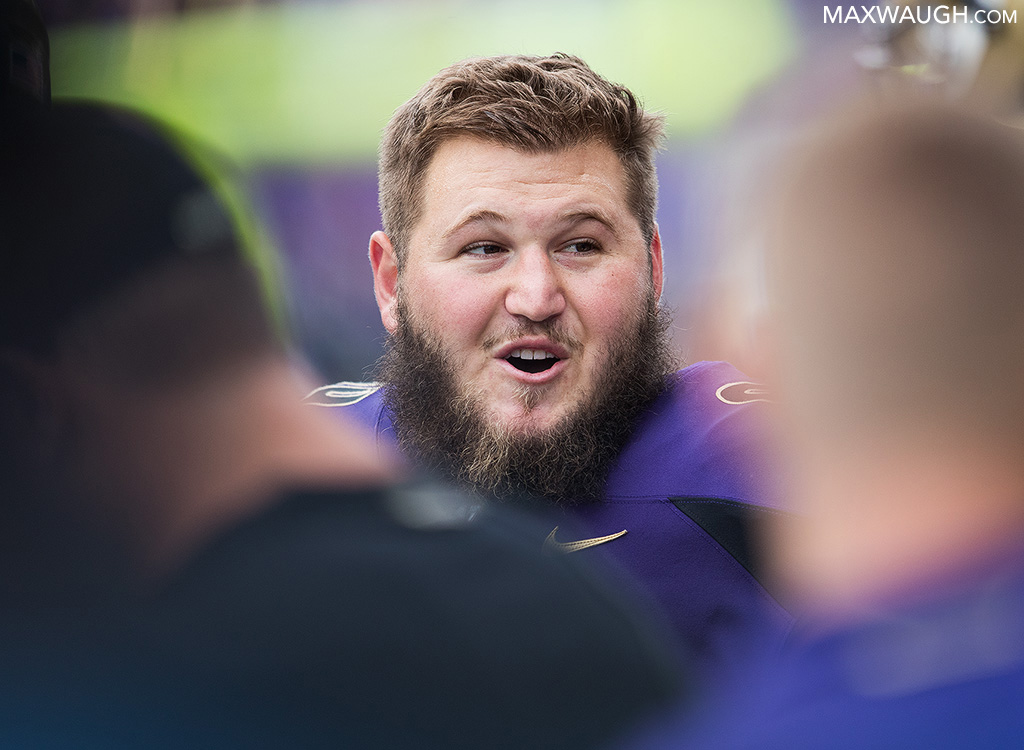 Greg Gaines enjoys a light-hearted moment on the sidelines. 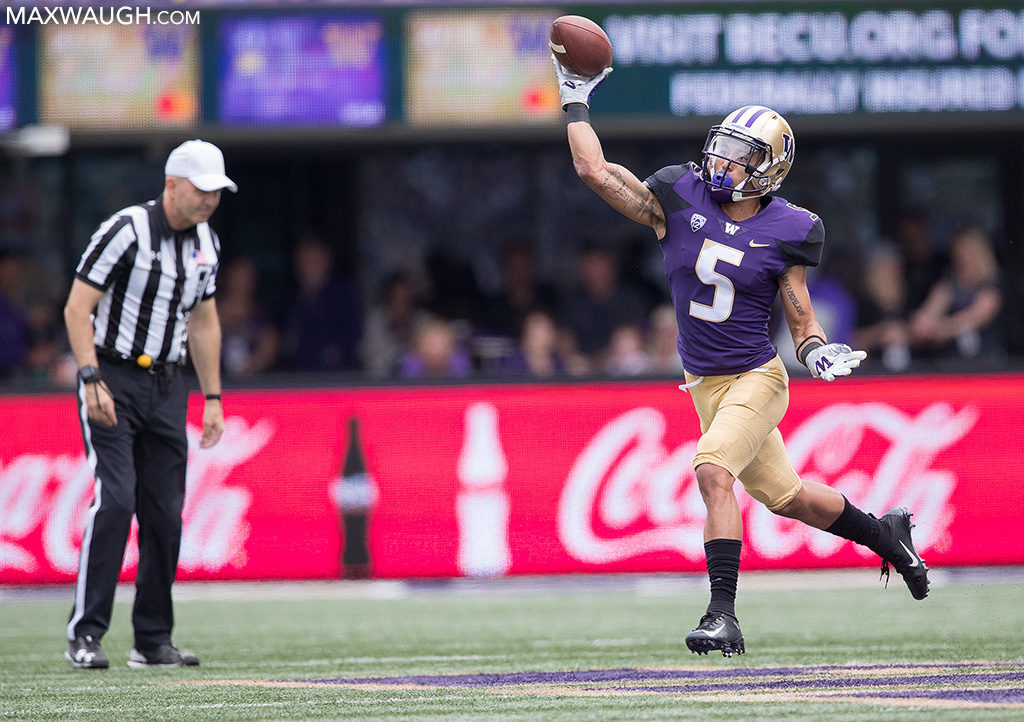 Andre Baccellia tosses a pass on an end-around. It was complete to Aaron Fuller. 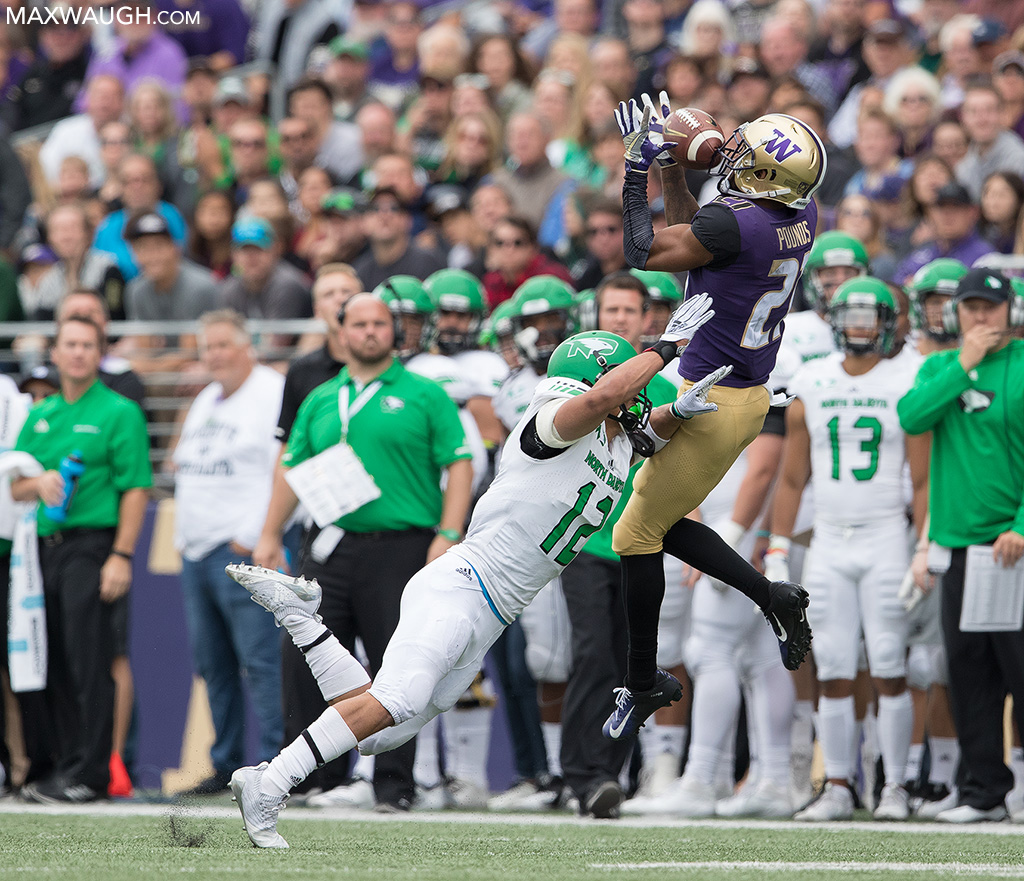 Quinten Pounds leaps to catch a pass from Jake Browning. 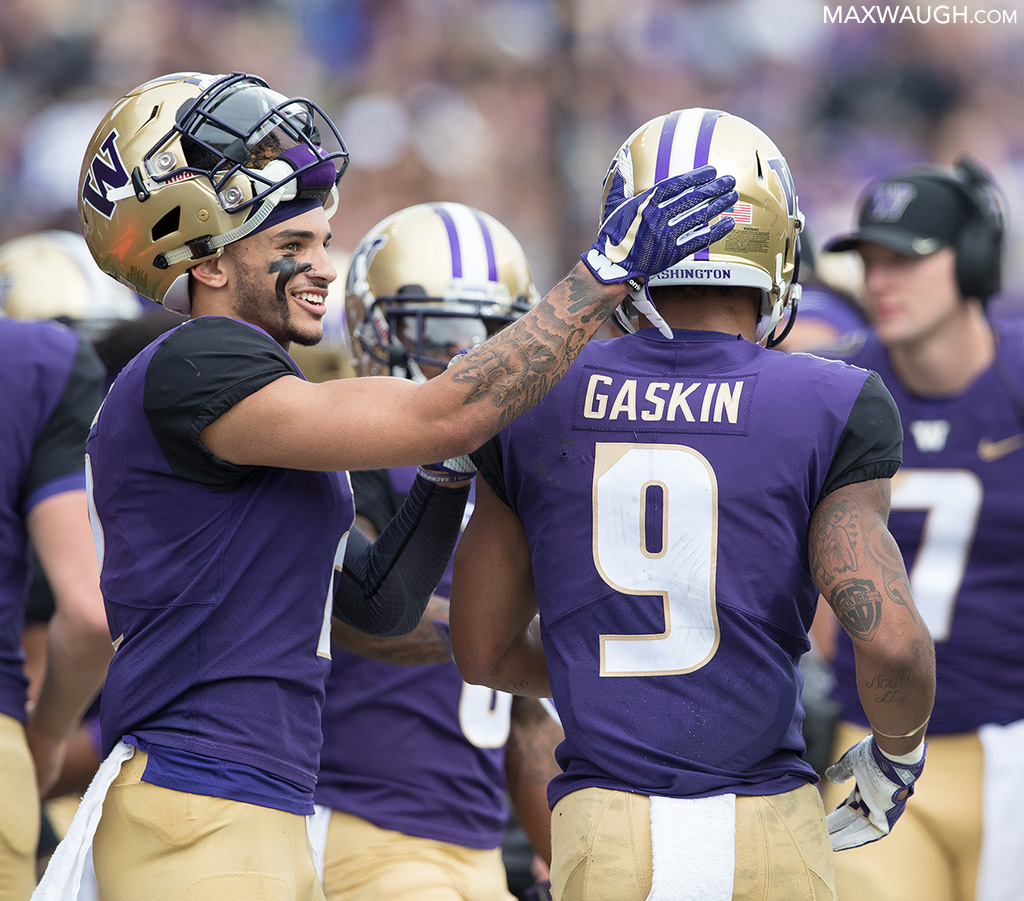 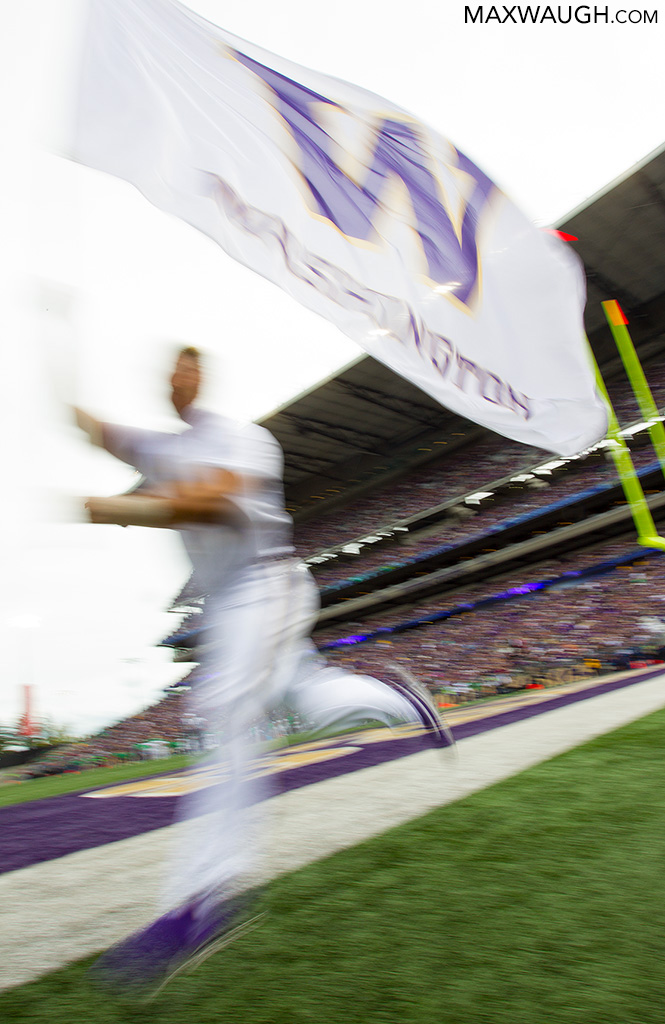 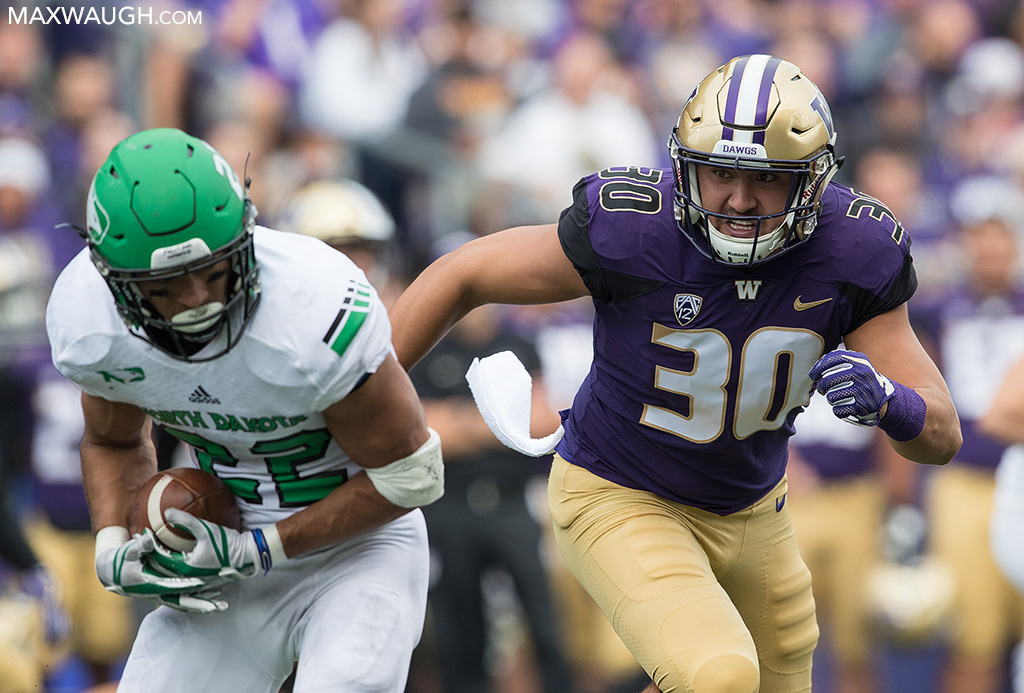 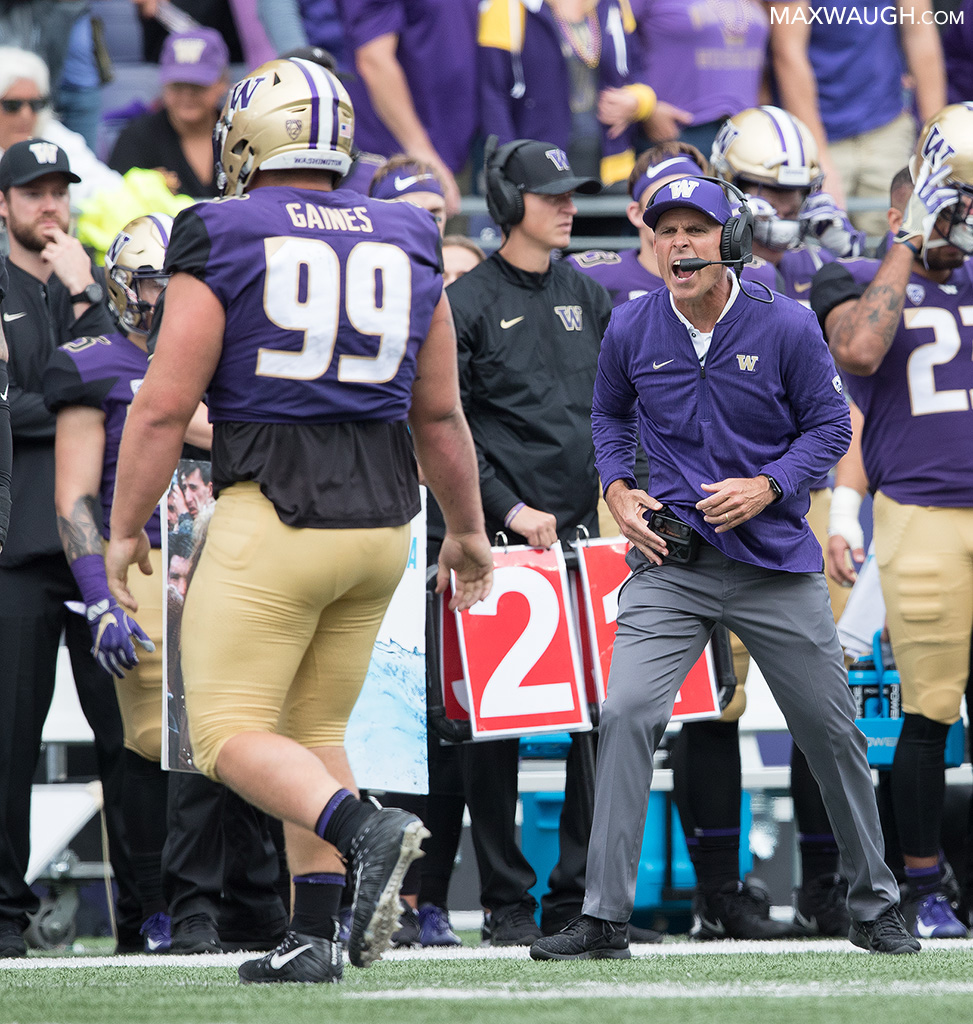 Coach Chris Petersen is fired up after Greg Gaines and the Husky defense stop North Dakota on fourth down. 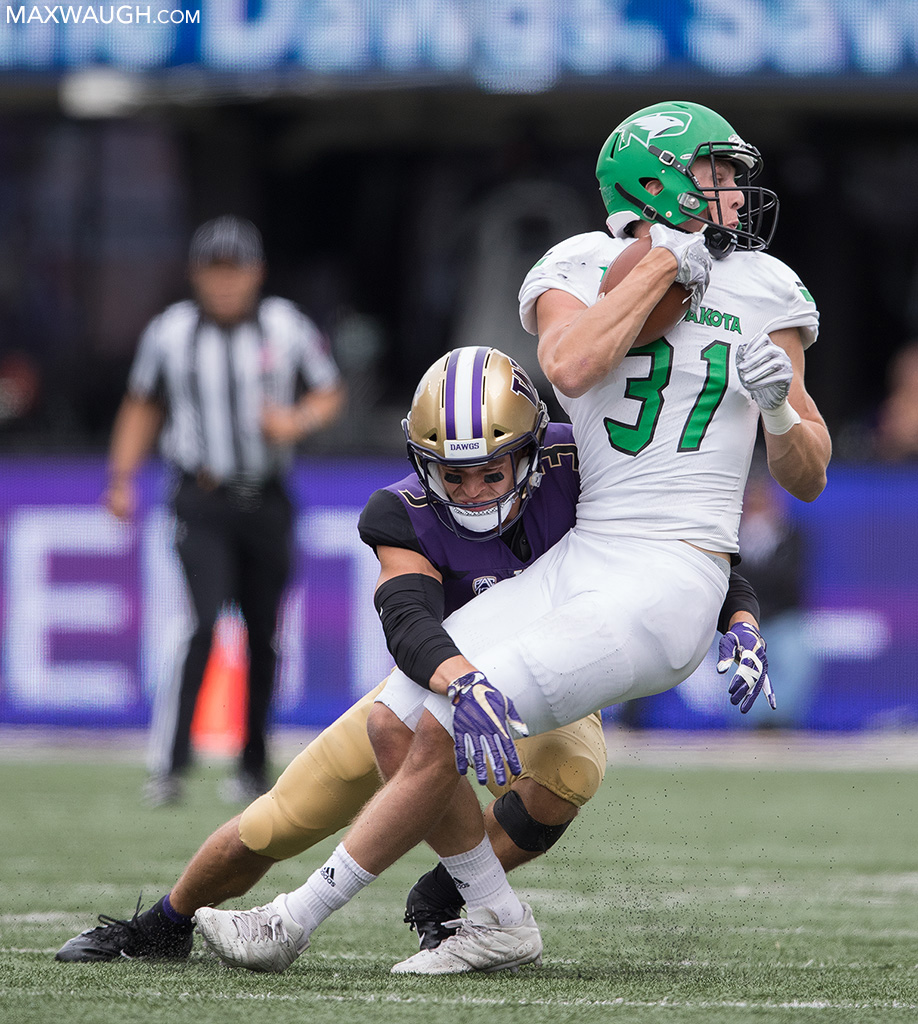 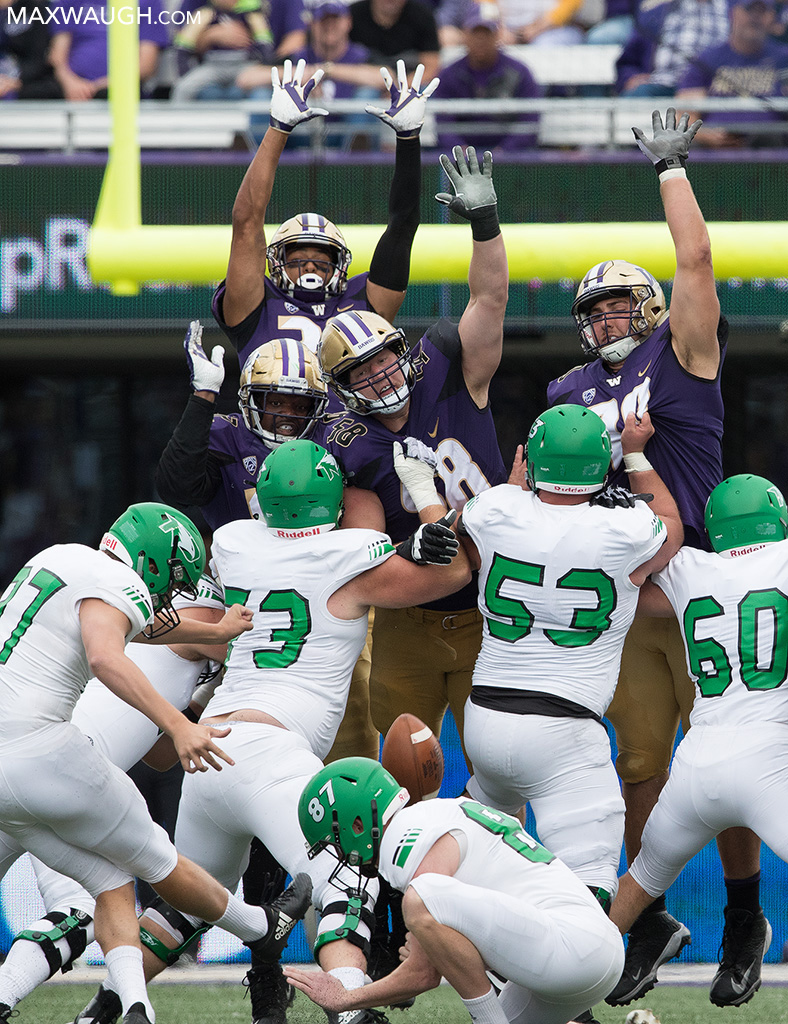 The Huskies sky to try and block a field goal attempt. The kick sailed wide right. 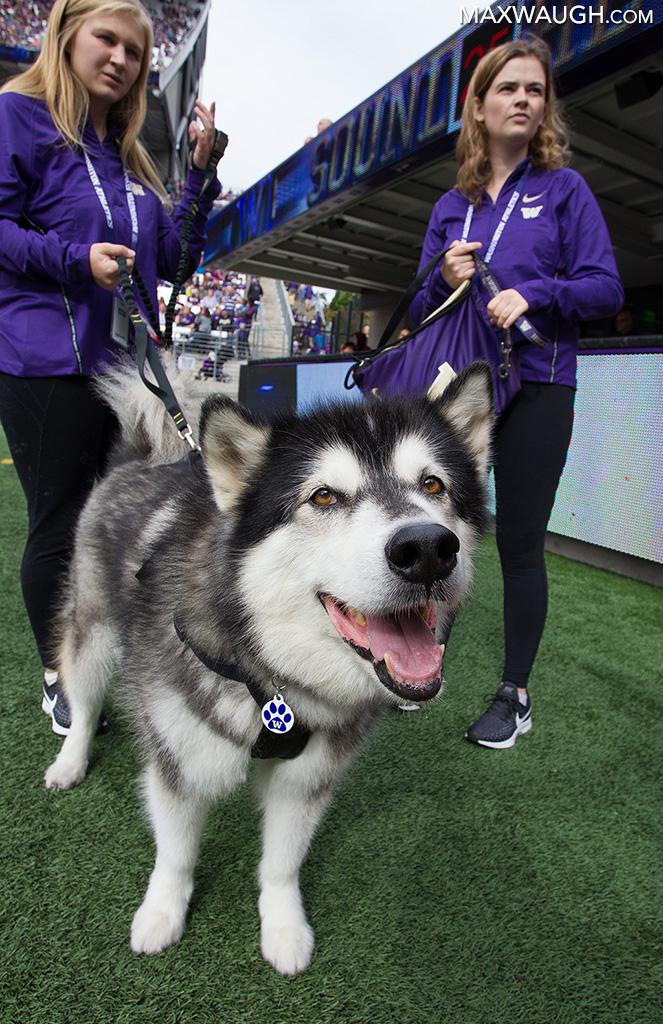 Dubs I roams the sidelines during the start of his final season in Husky Stadium. 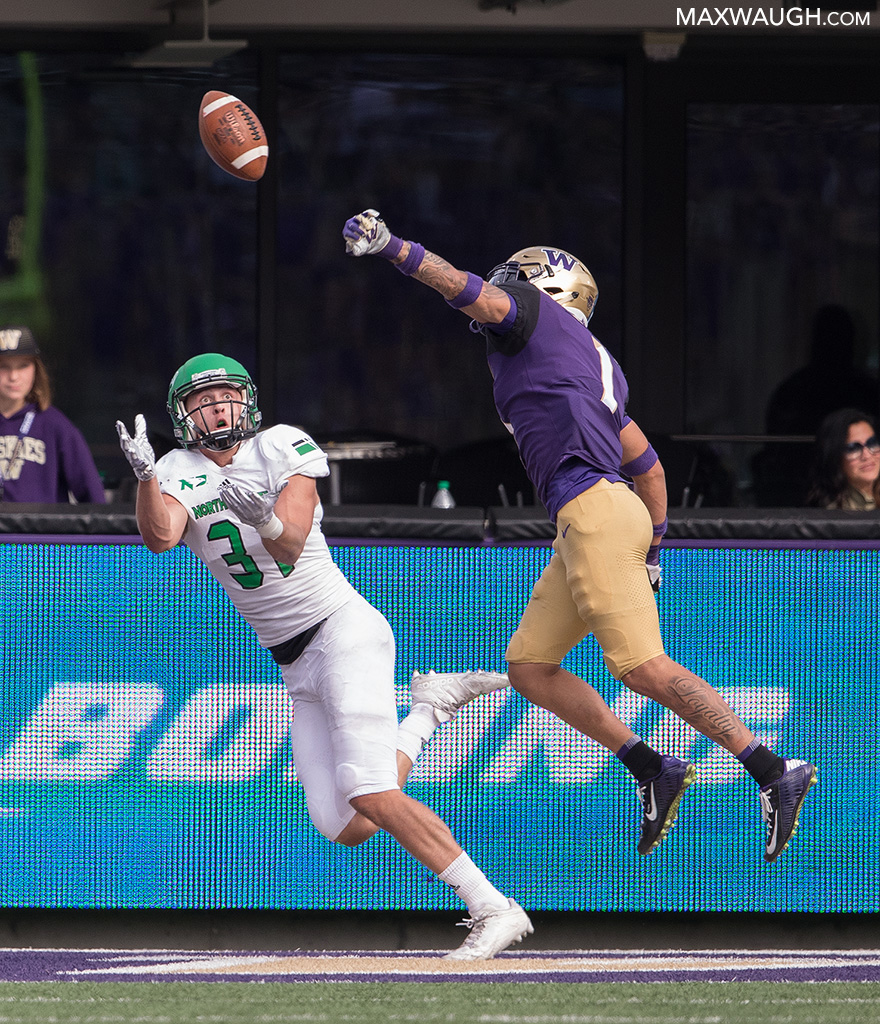 Byron Murphy breaks up a pass in the end zone. 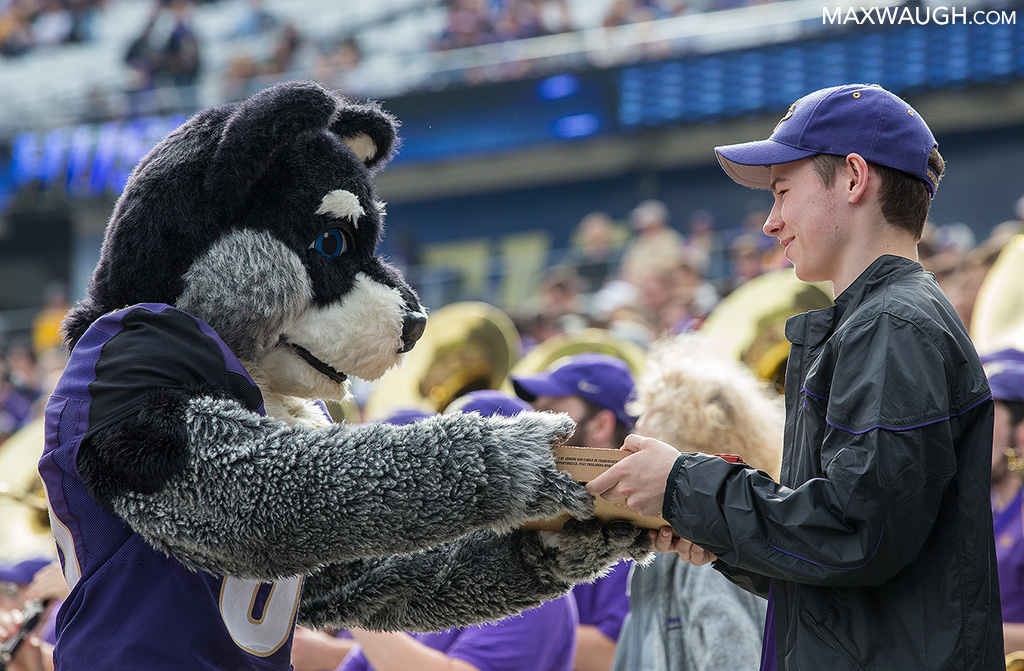 Harry debates whether to give a lucky student some pizza. 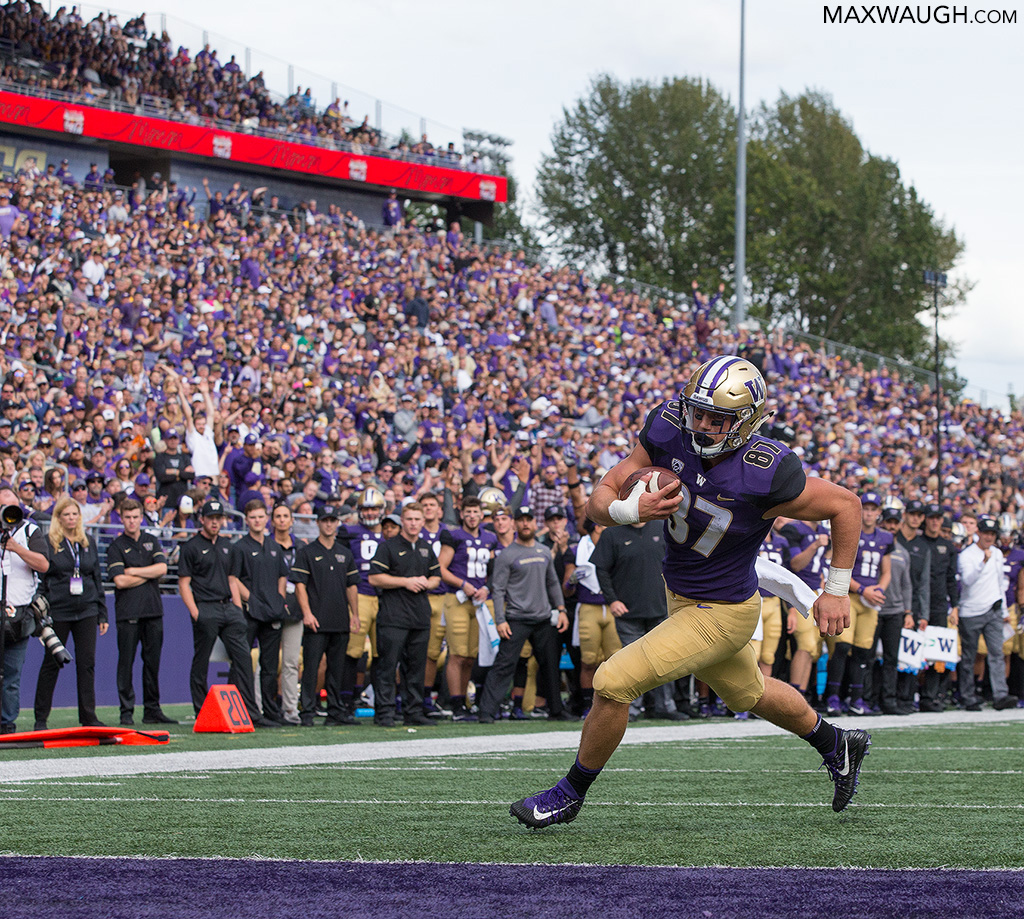 Cade Otton scores his first touchdown as a Husky. 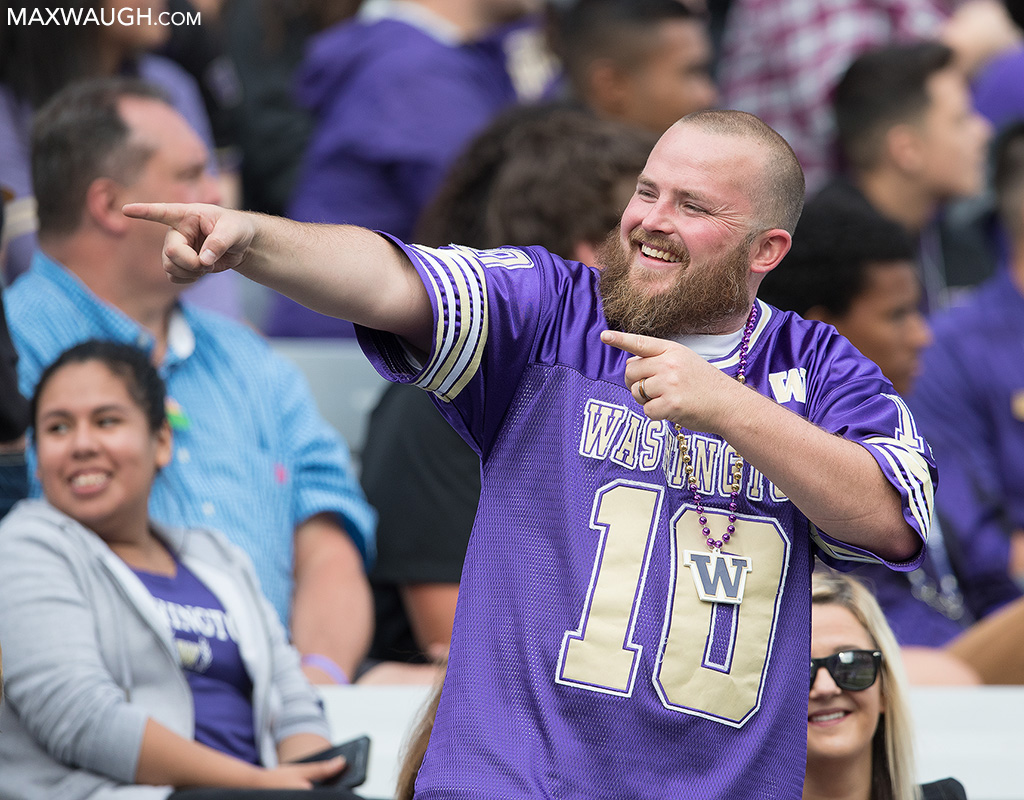 Dawg fans had to make their own fun during a somewhat tepid game. 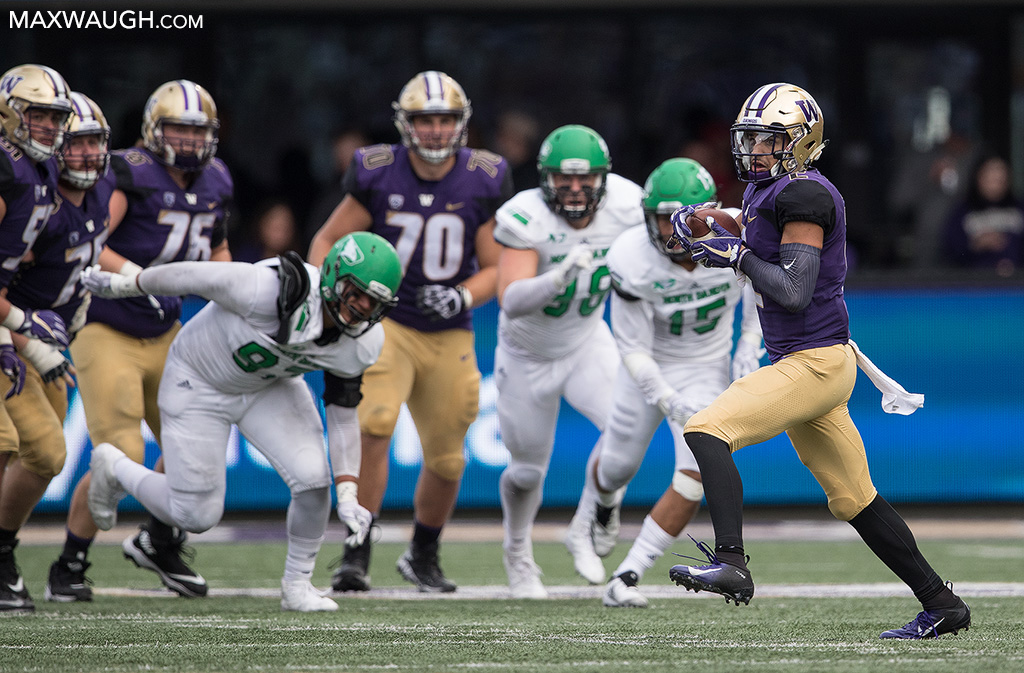 A crowd of onlookers watches to see what Aaron Fuller is going to do with the ball. 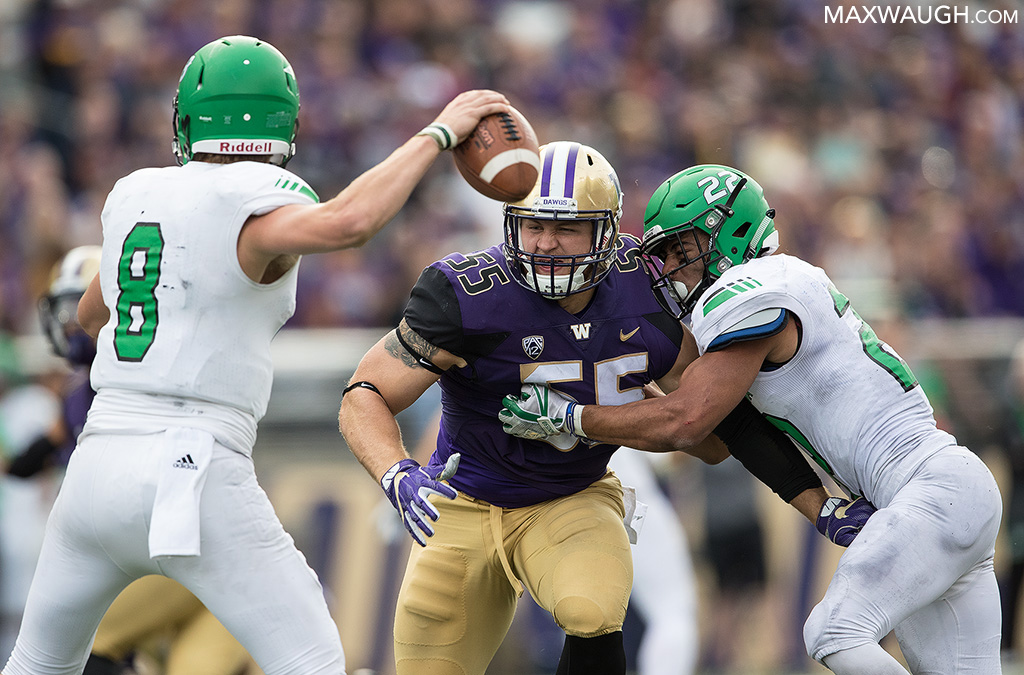 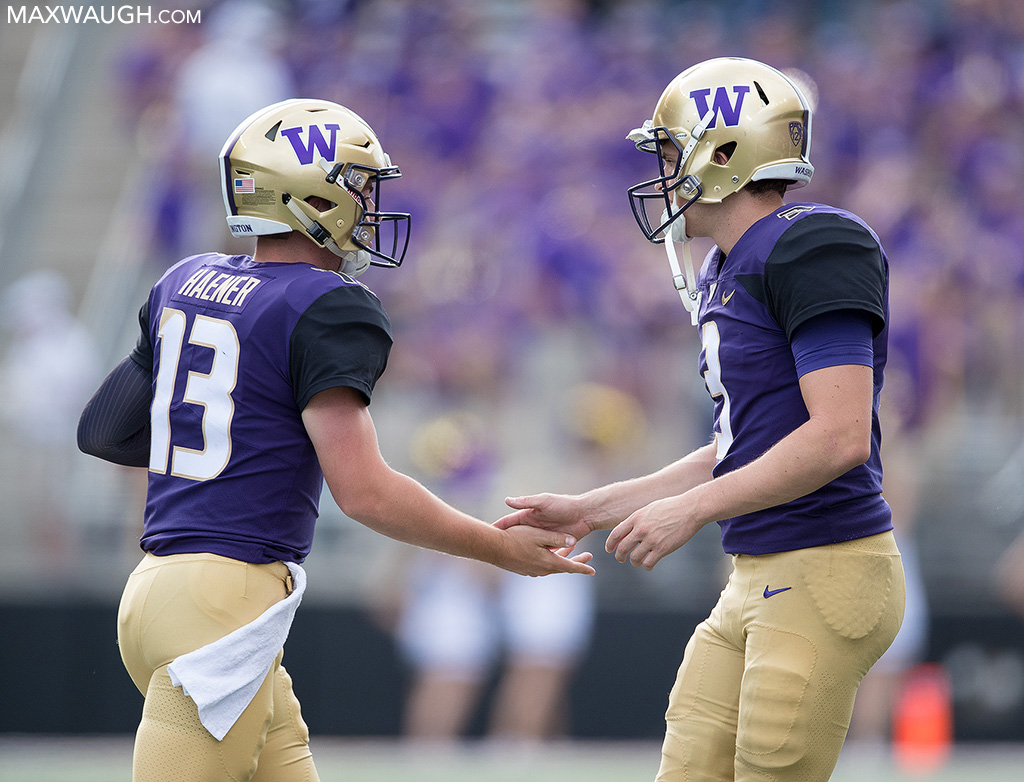 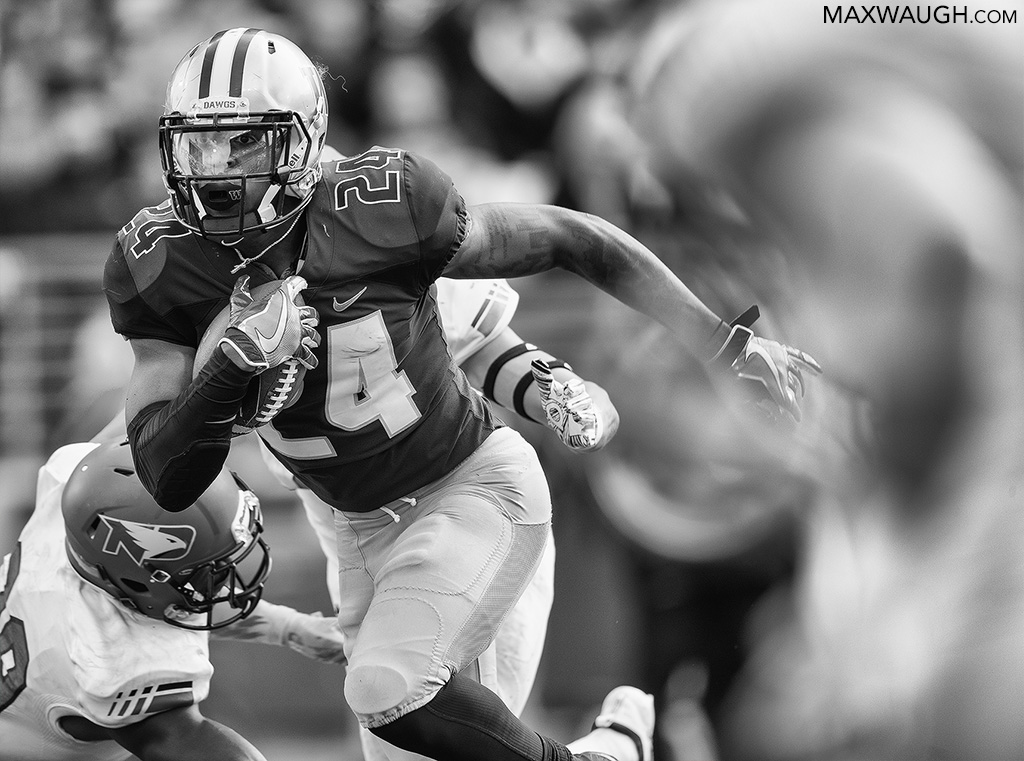 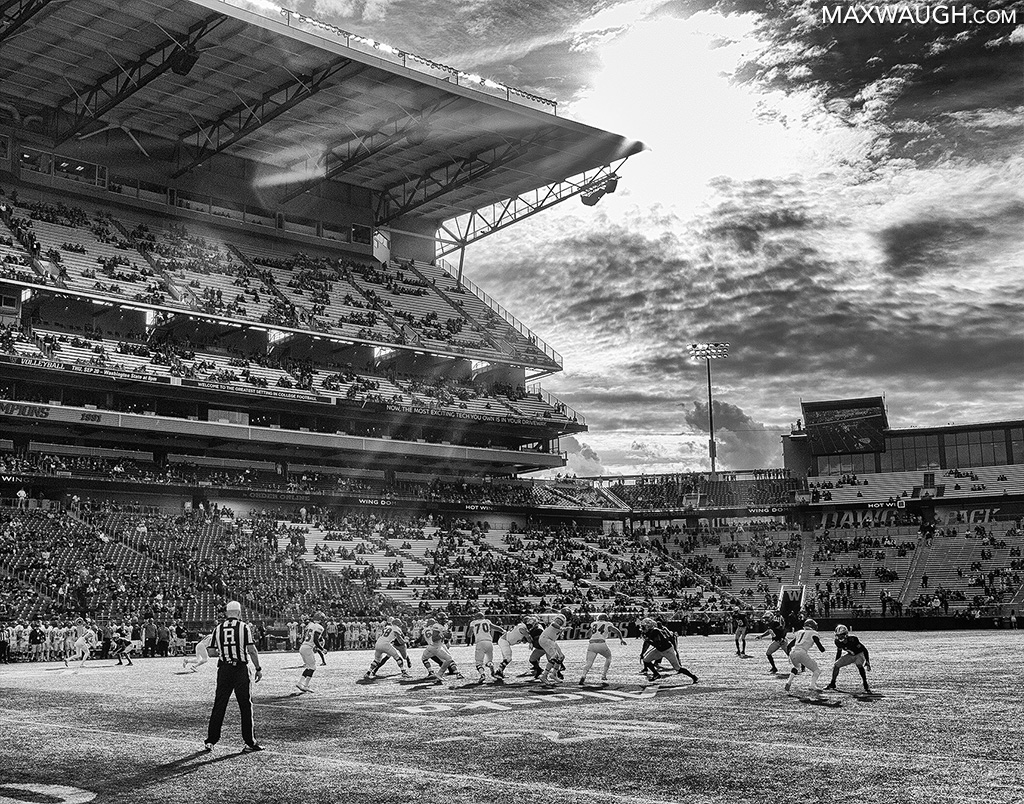 Late afternoon action on a September day in Husky Stadium.

See the full photo gallery in the archive.