I missed the last two home games due to photo adventures on the road, but my travel schedule has wrapped up for the year, so I’m looking forward to covering the rest of the 2018 home slate.

The Huskies were looking to rebound following last week’s letdown in Eugene. They seemed to start a bit flat and the game remained close thanks to a spirited effort by Colorado, but the Washington defense clamped down in the second half to preserve the victory. 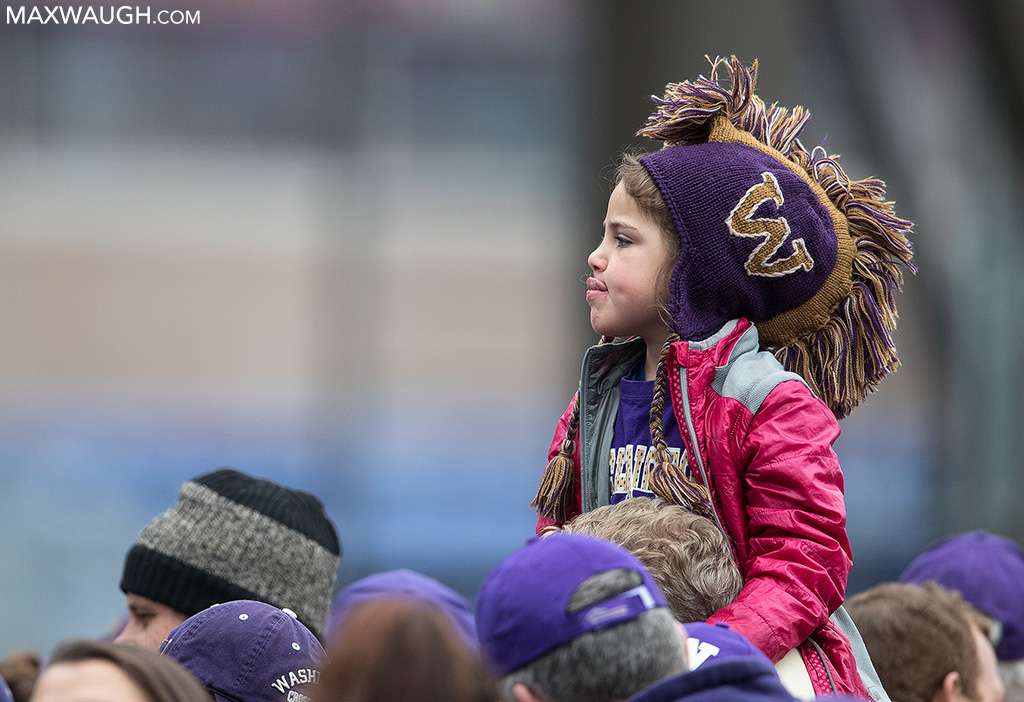 A young fan waits for the Blanket Parade alumni to be let into the stadium before the game. 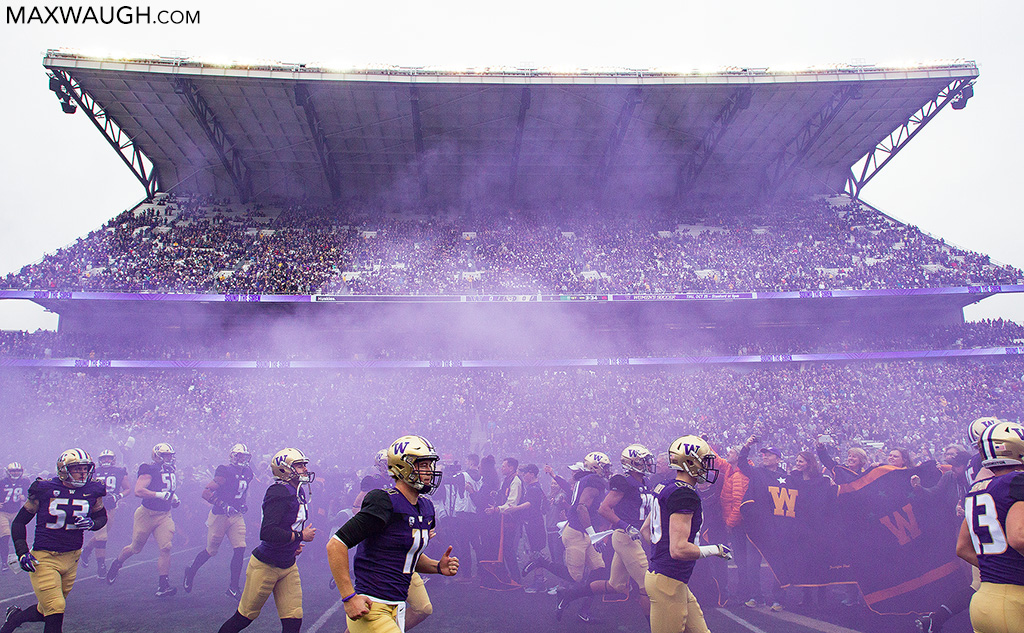 The Huskies enter the stadium in front of the traditional Homecoming Blanket Parade. 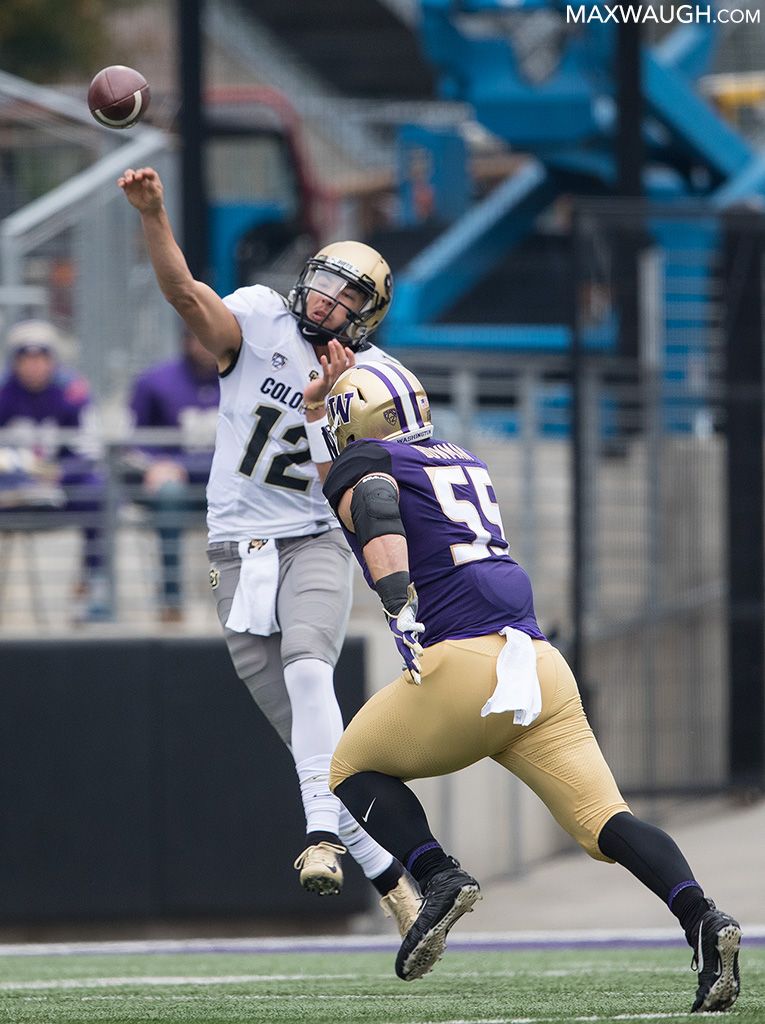 Colorado quarterback Steven Montez lets fly in the first half. 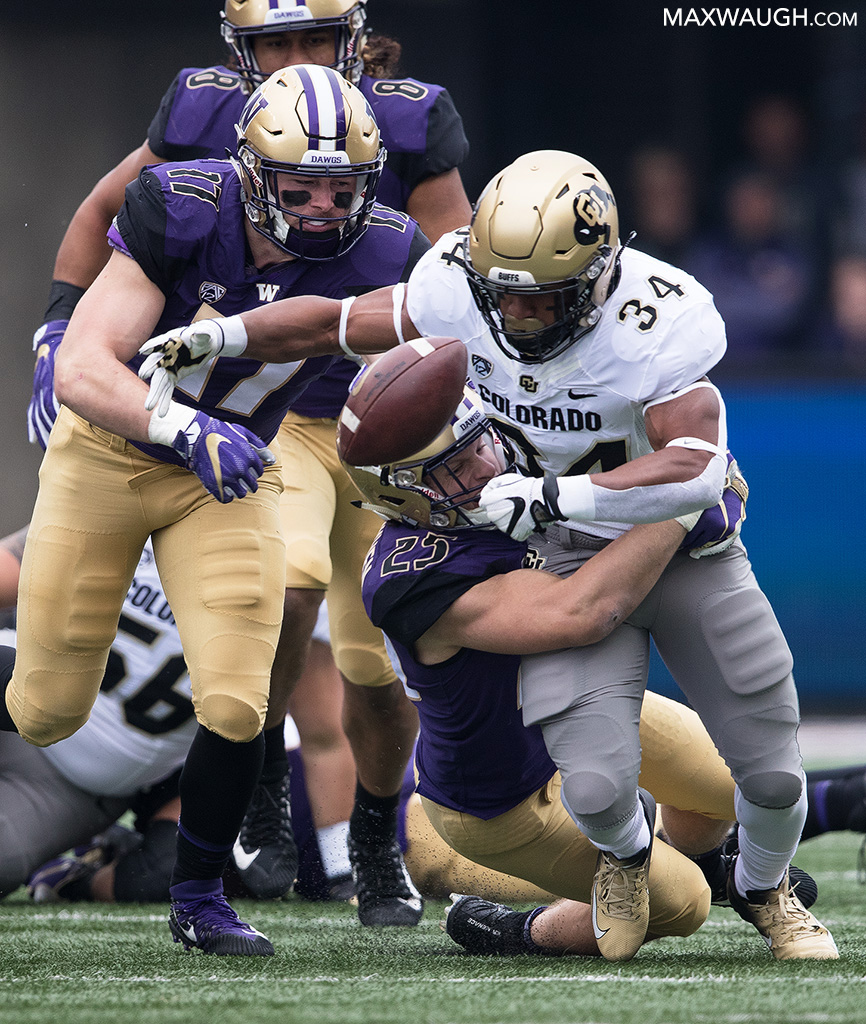 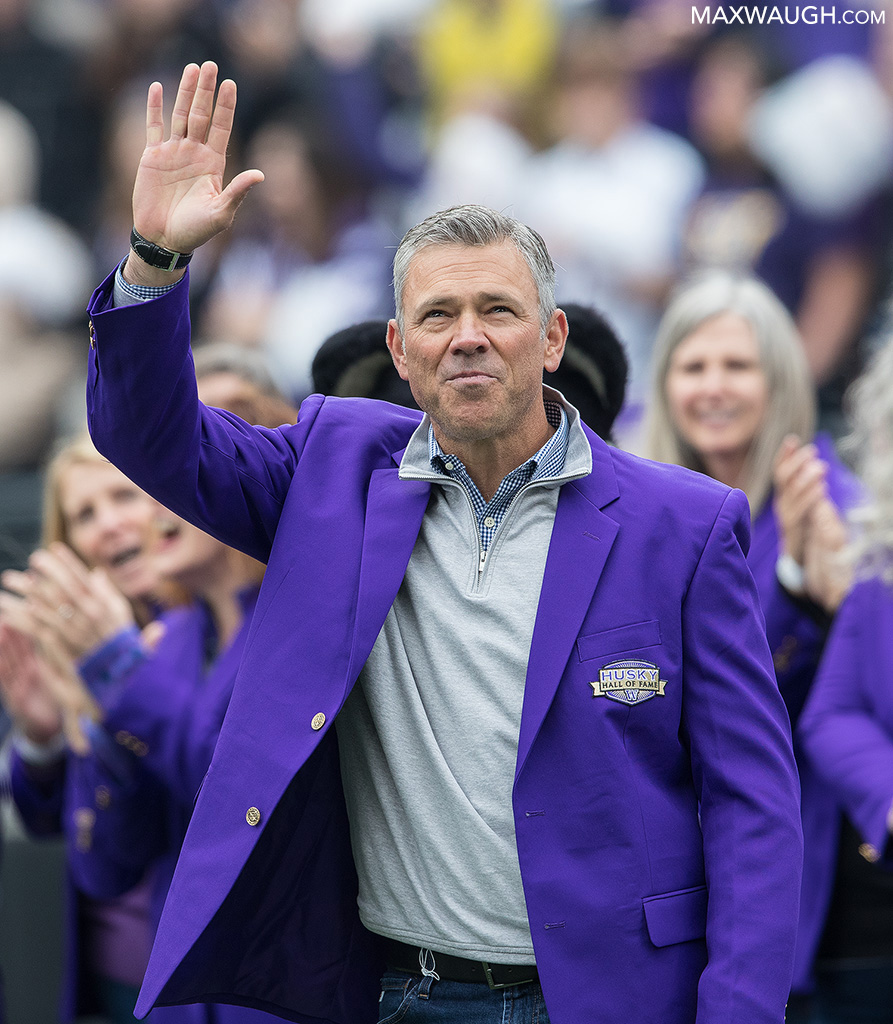 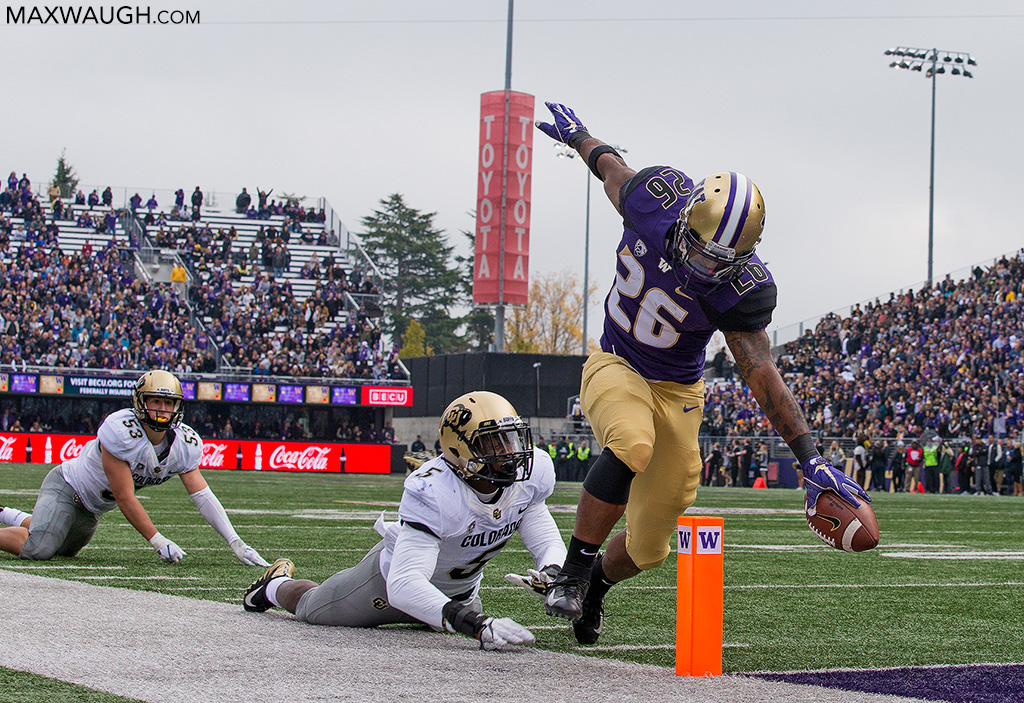 Salvon Ahmed reaches over the goal line for his second quarter touchdown. 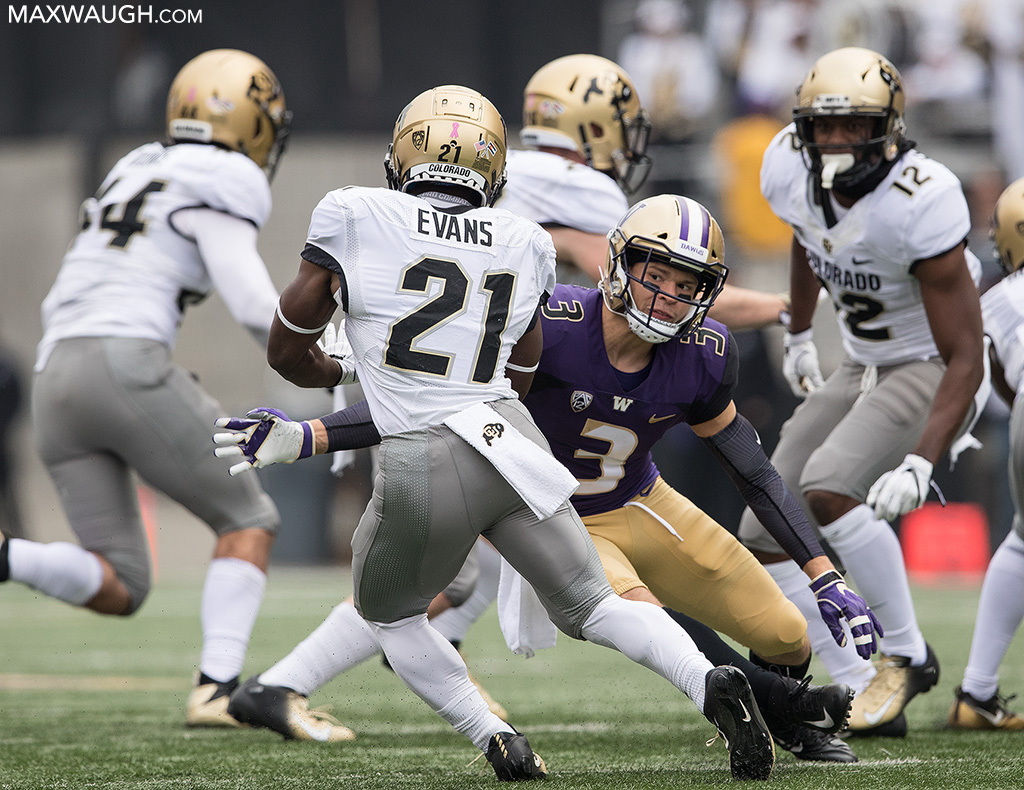 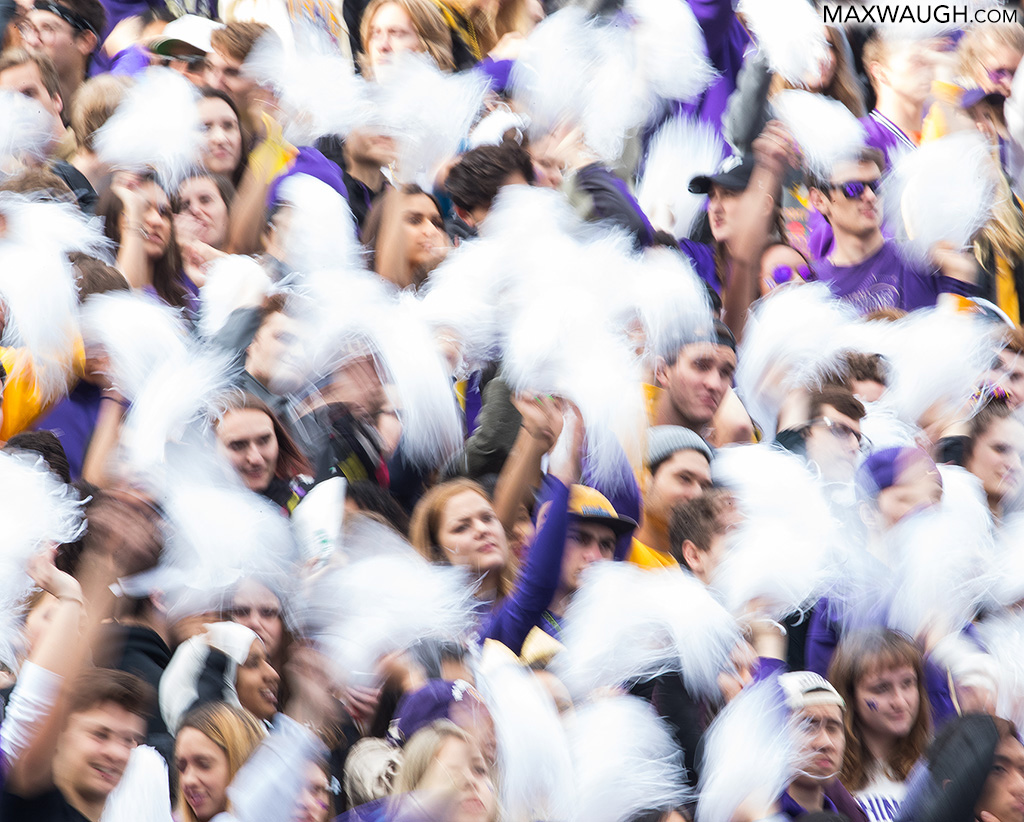 The student section cheers on the Dawgs. 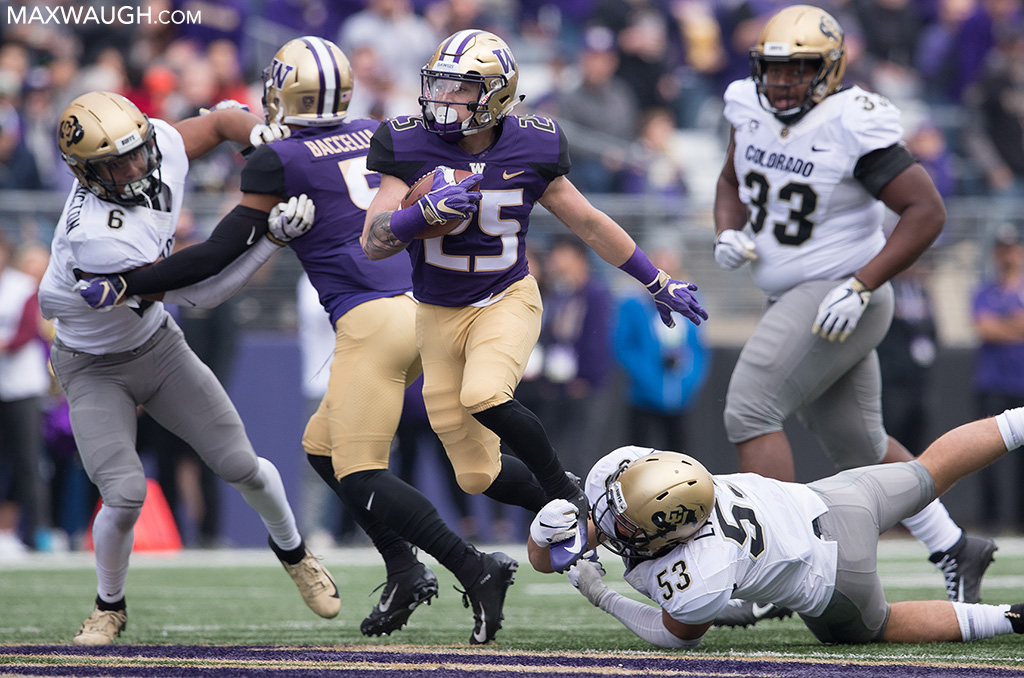 Sean McGrew teamed up with the rest of the Husky running backs to fill in for Myles Gaskin. 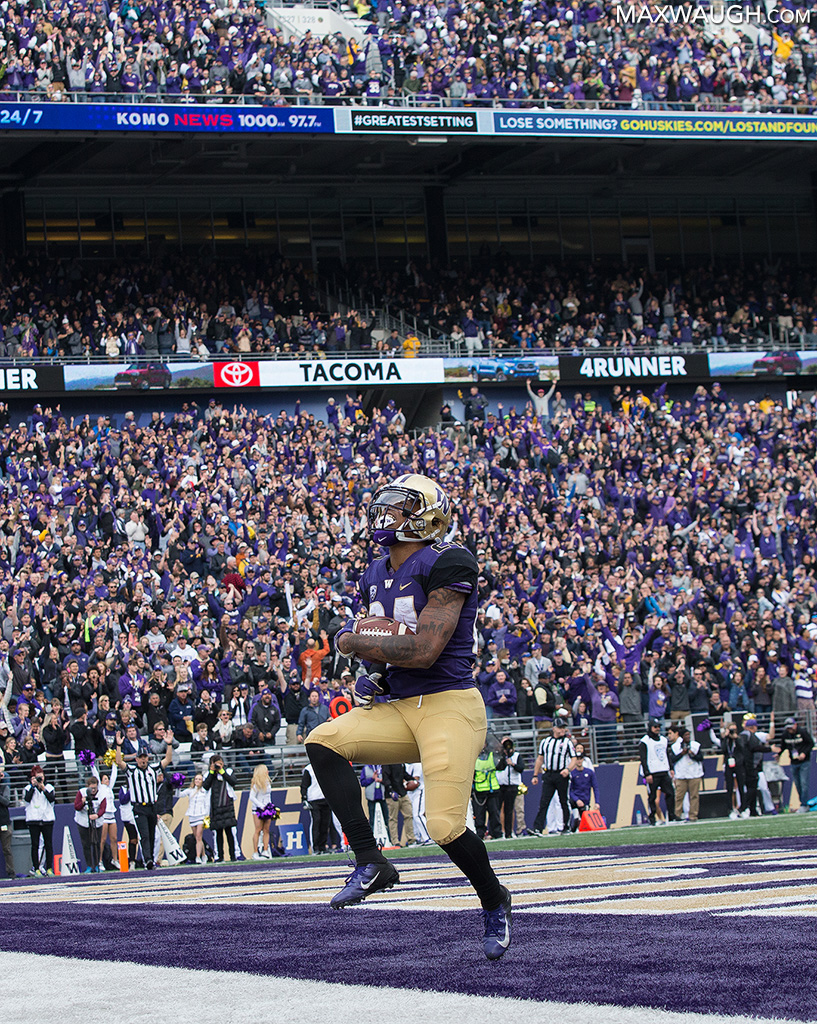 Kamari Pleasant prances into the end zone for a touchdown. 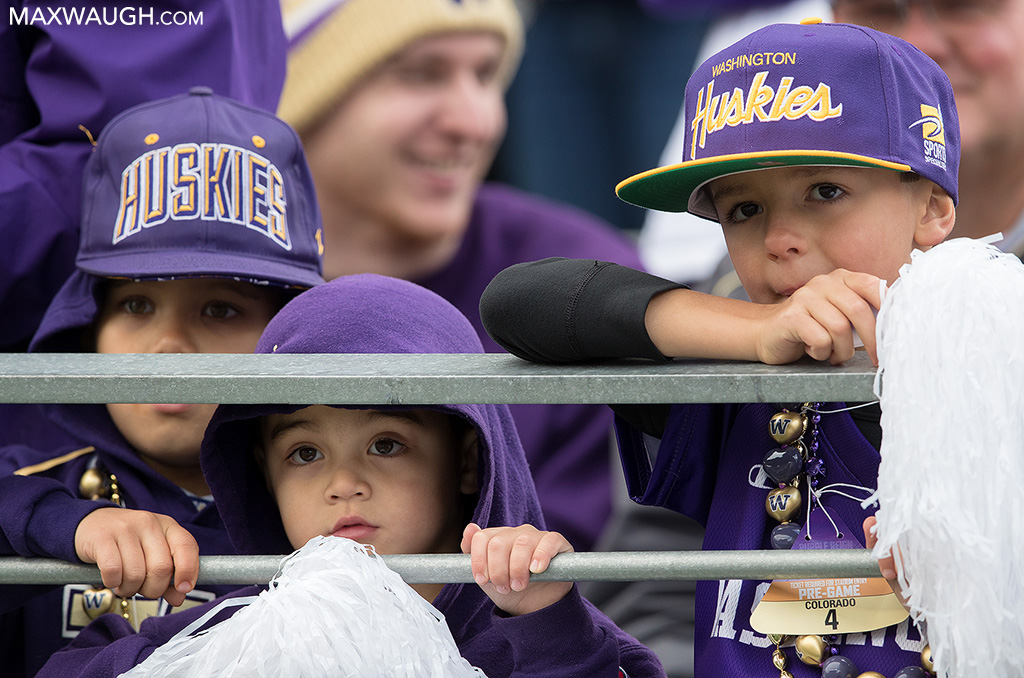 Young Husky fans feel the tension in a close game. 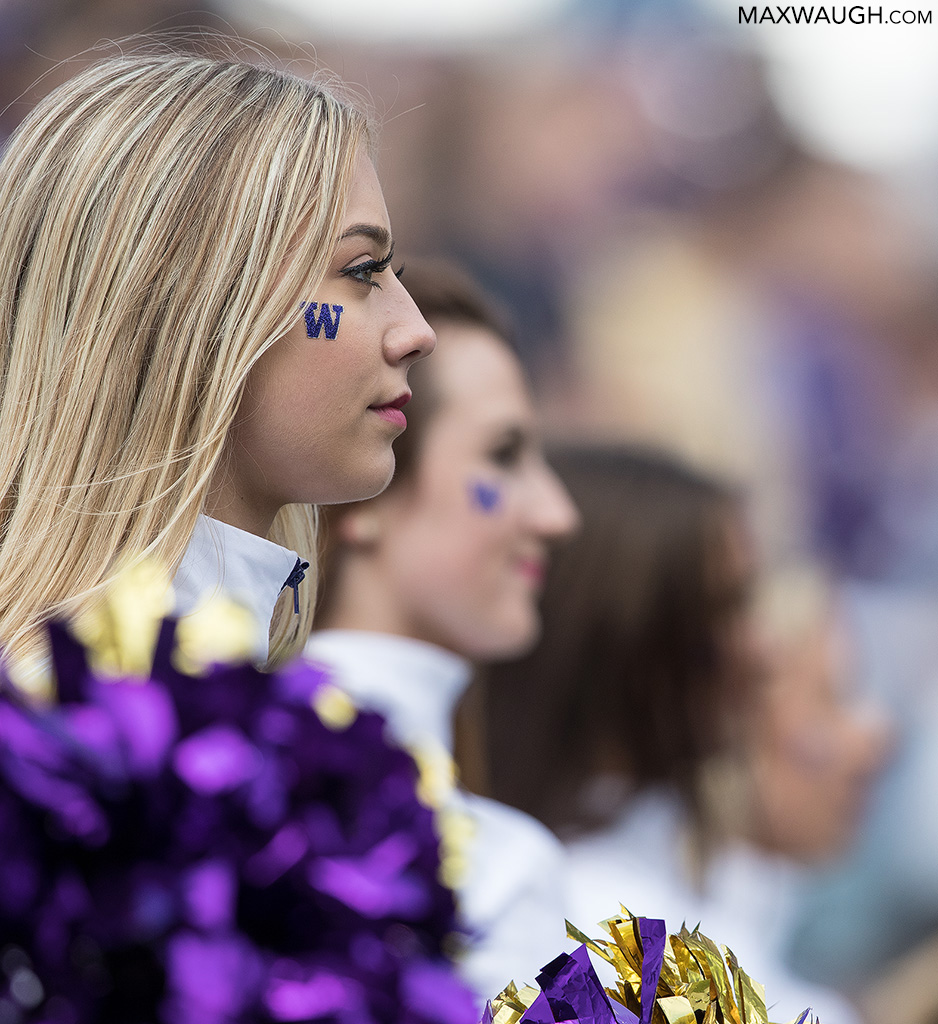 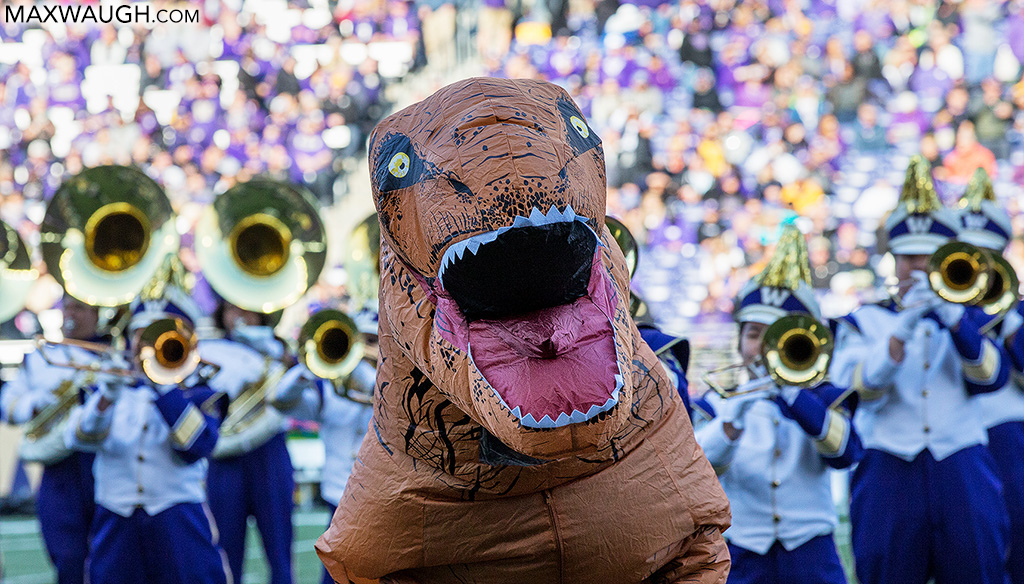 The band performed a tribute to Jurassic Park on the film’s 25th anniversary. 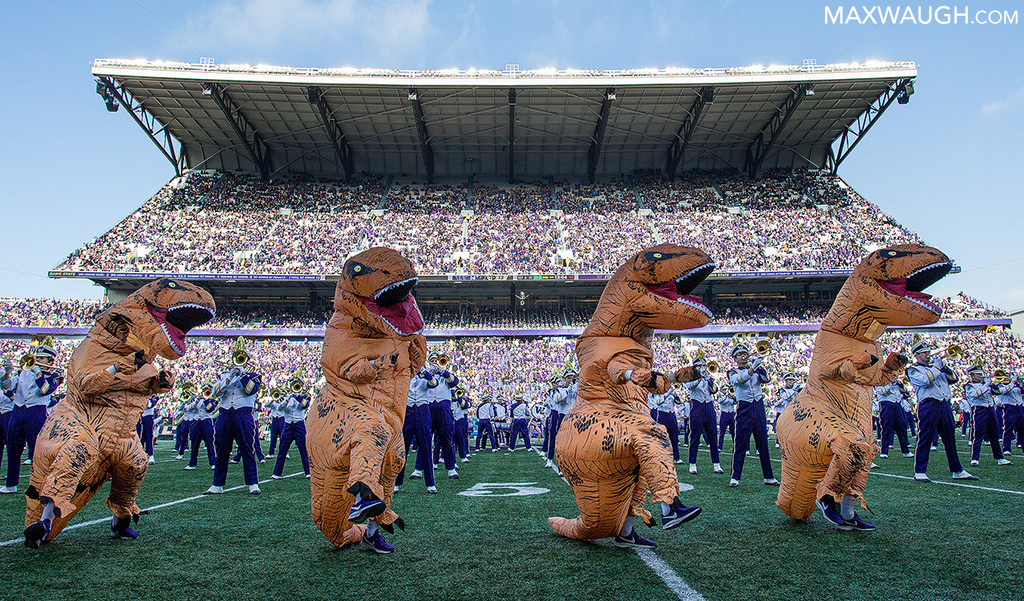 The halftime show coincides with the opening of the refurbished Burke Museum on campus. 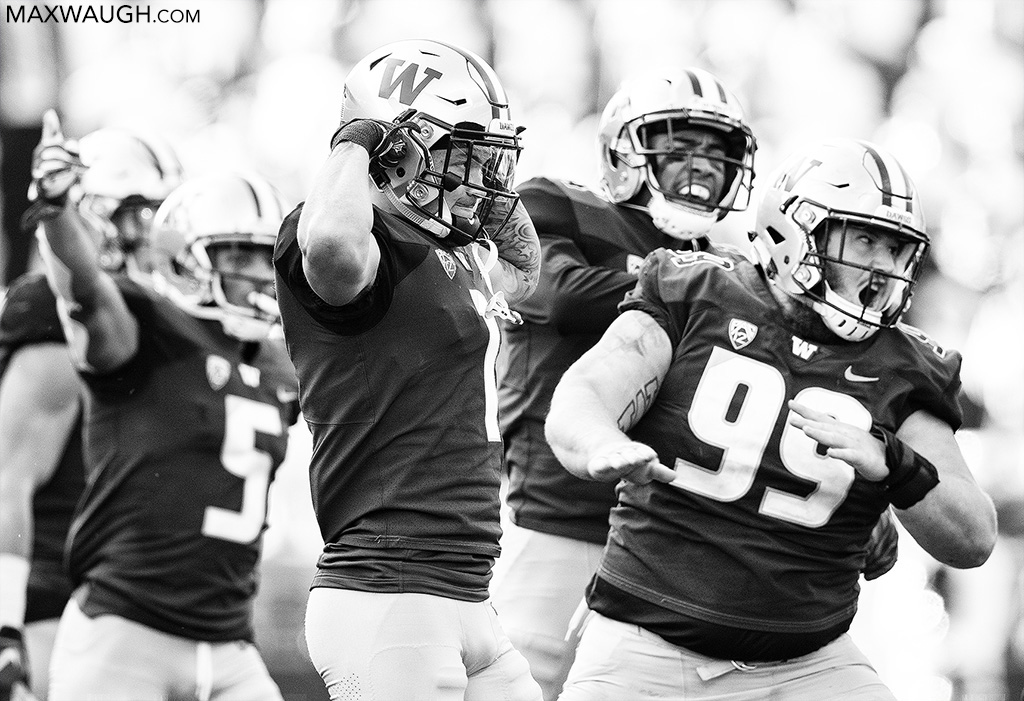 The Husky D is fired up after a big stop. They clamped down on Colorado in the second half, holding the Buffs scoreless. 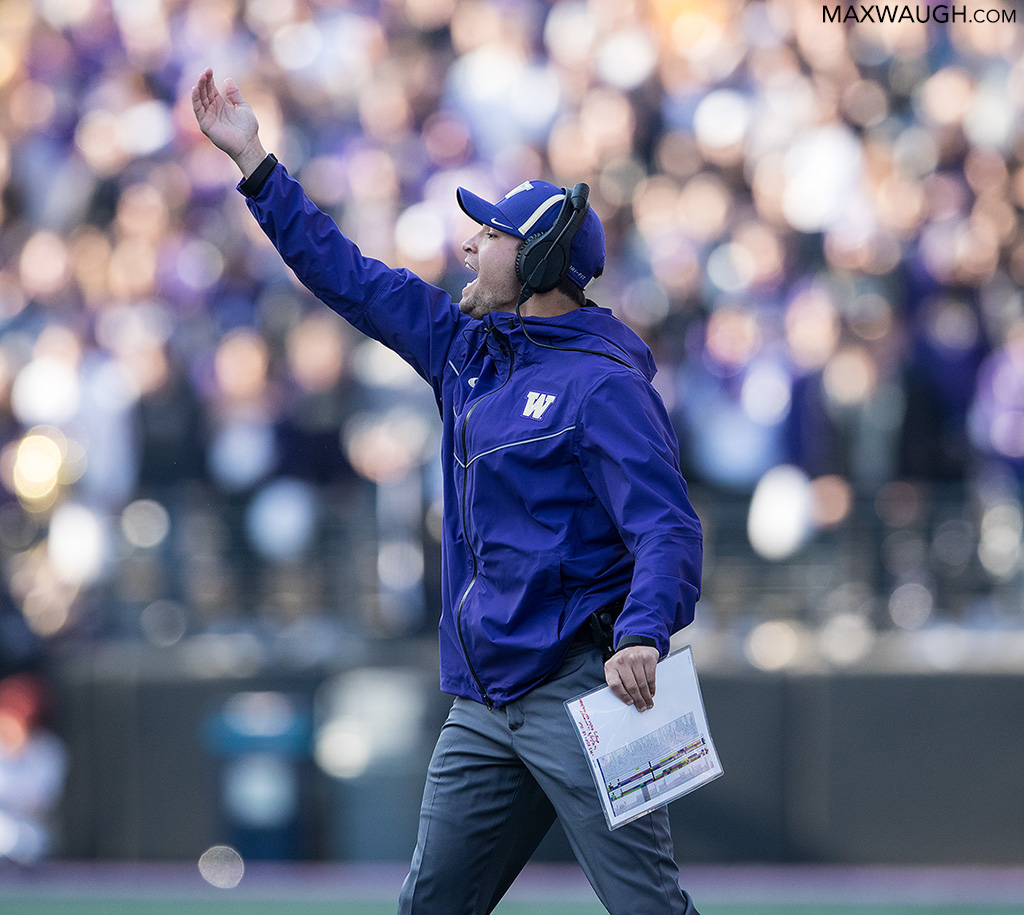 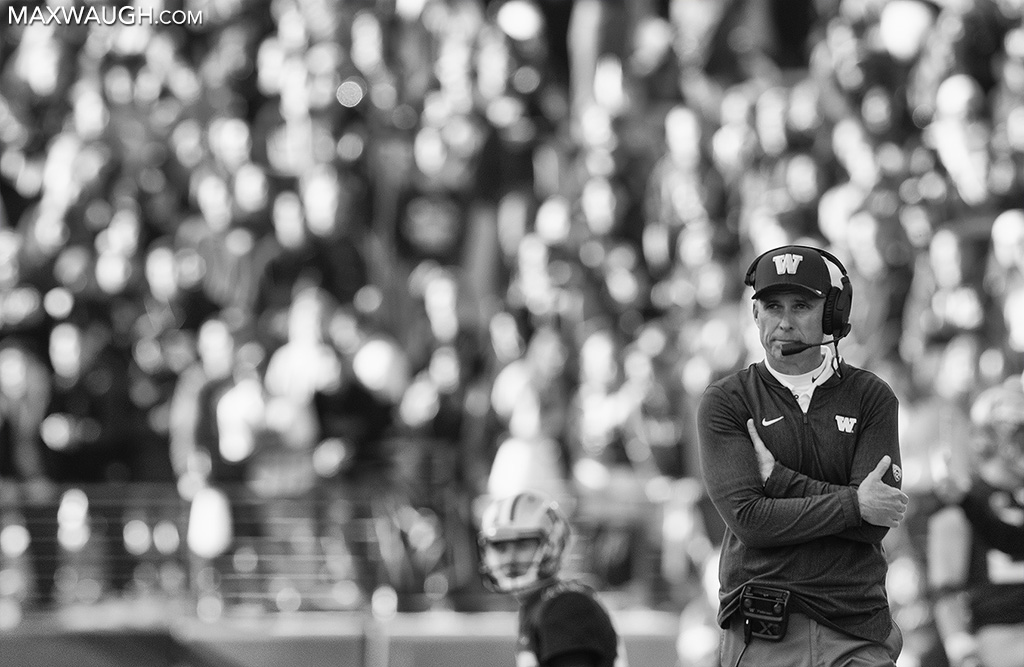 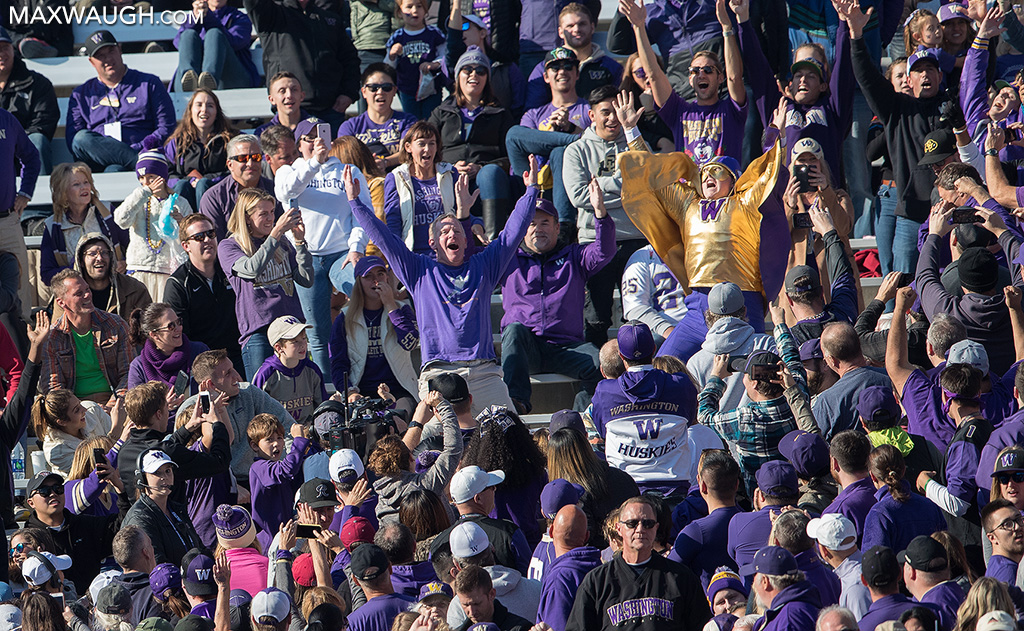 Captain Husky made a surprise appearance after Washington’s first score in the third quarter. 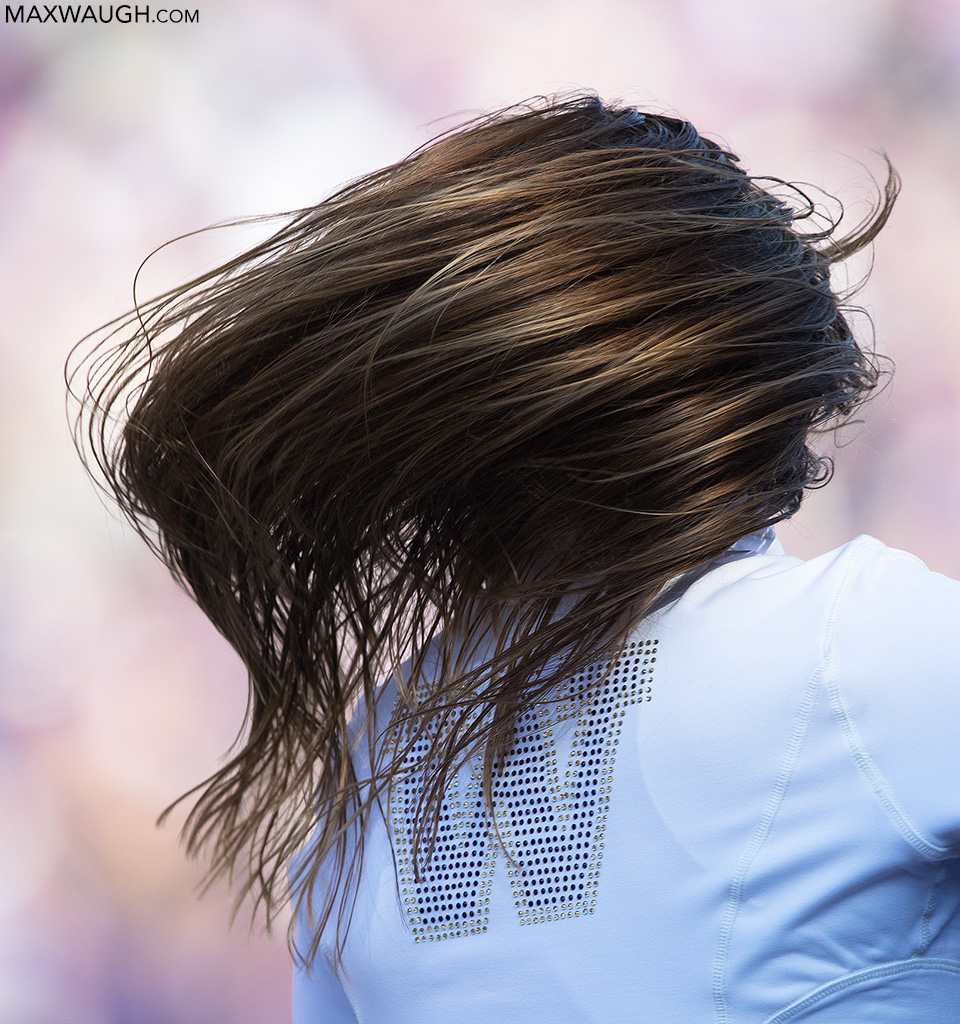 The Husky Dance Team entertains the fans during a timeout. 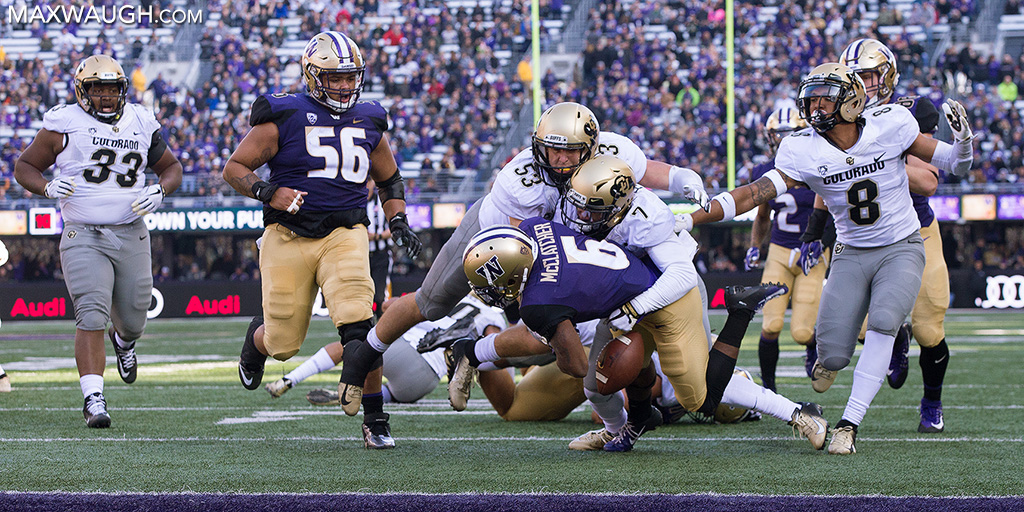 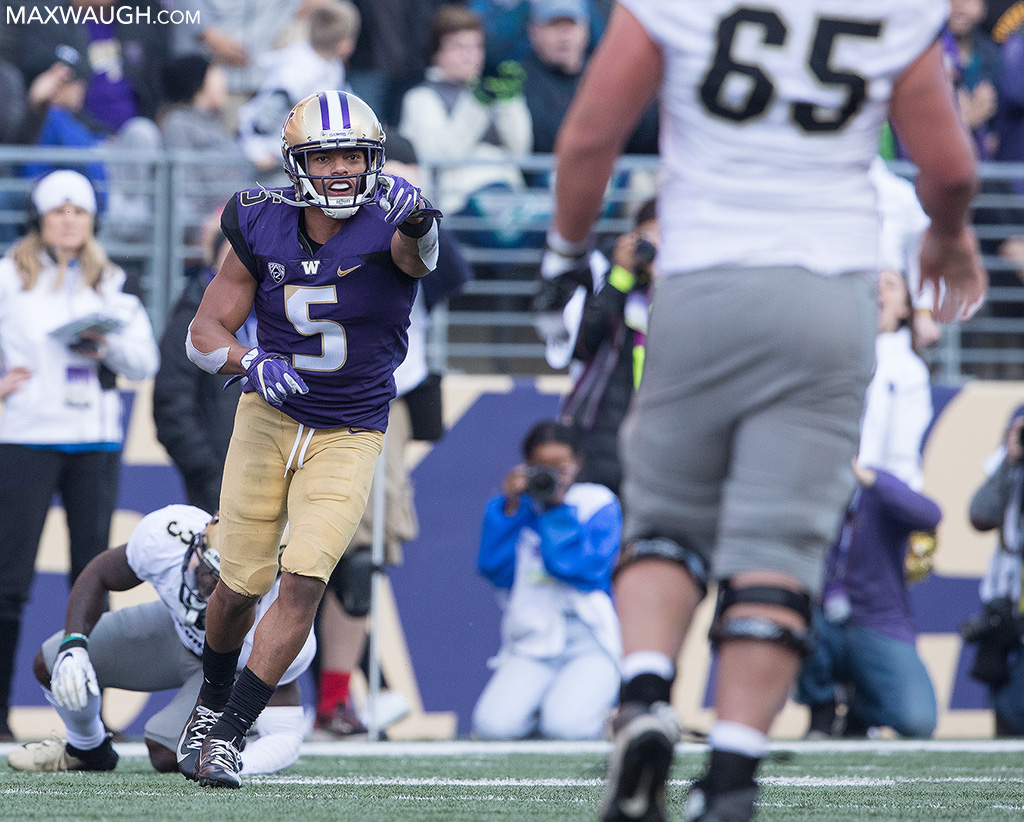 Myles Bryant risks a taunting call after batting away a third down pass. 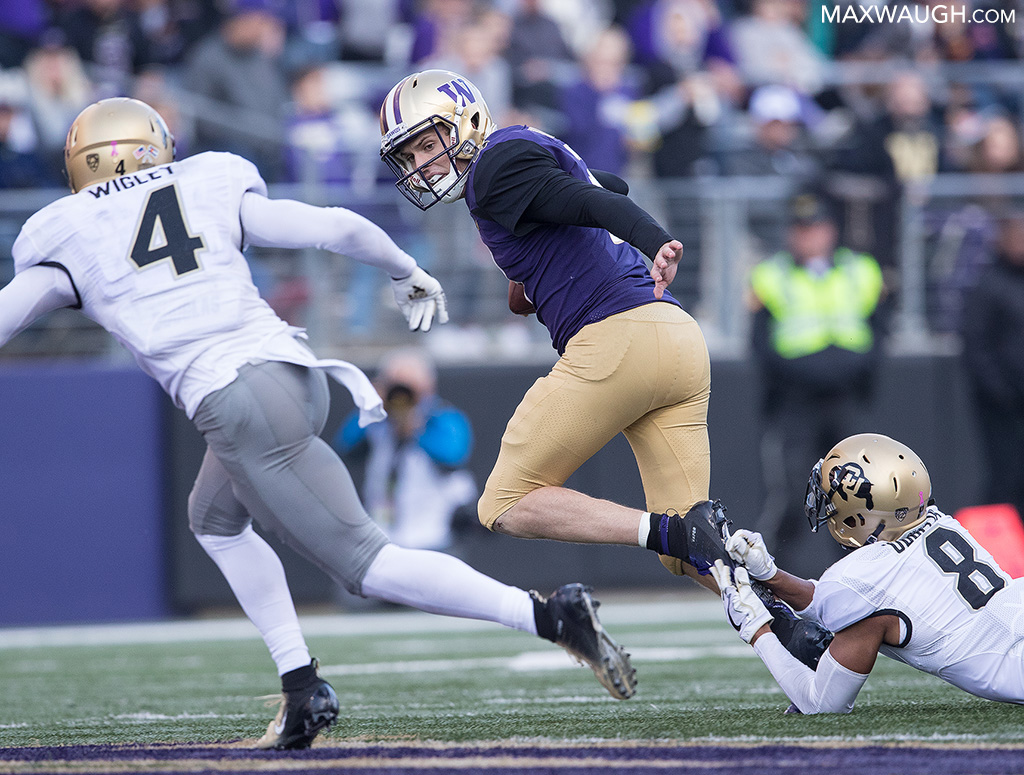 Jake Browning gained twelve yards on a crucial third down run in the fourth quarter. 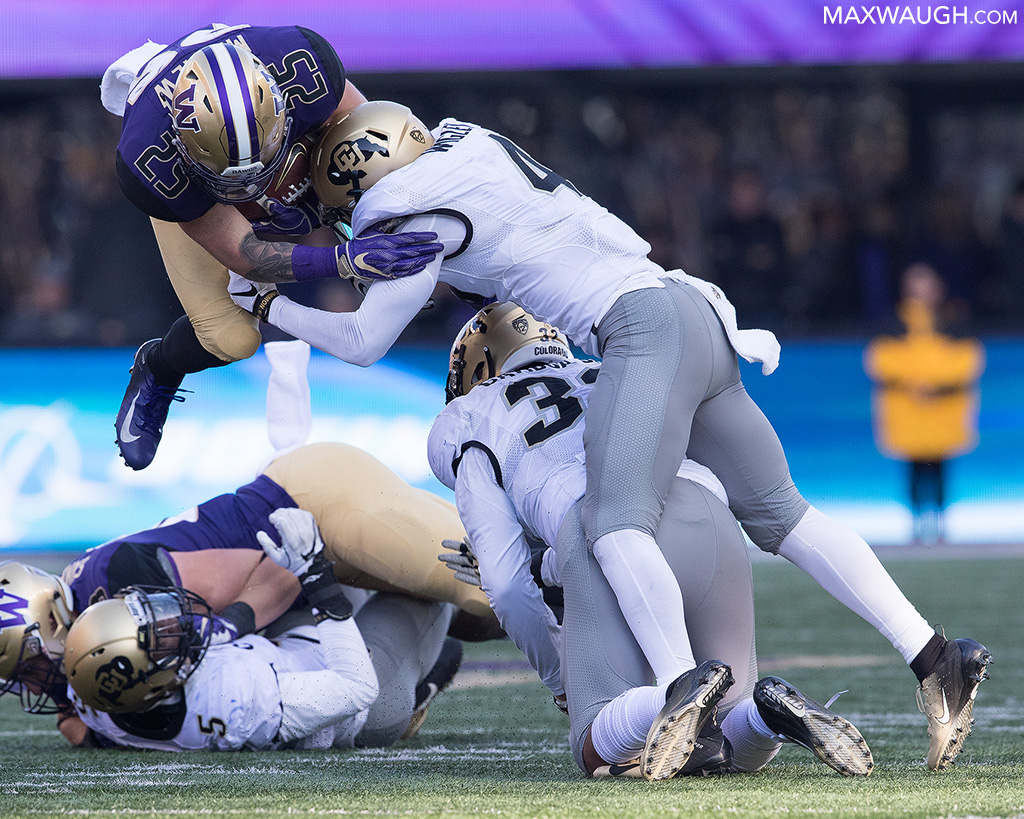 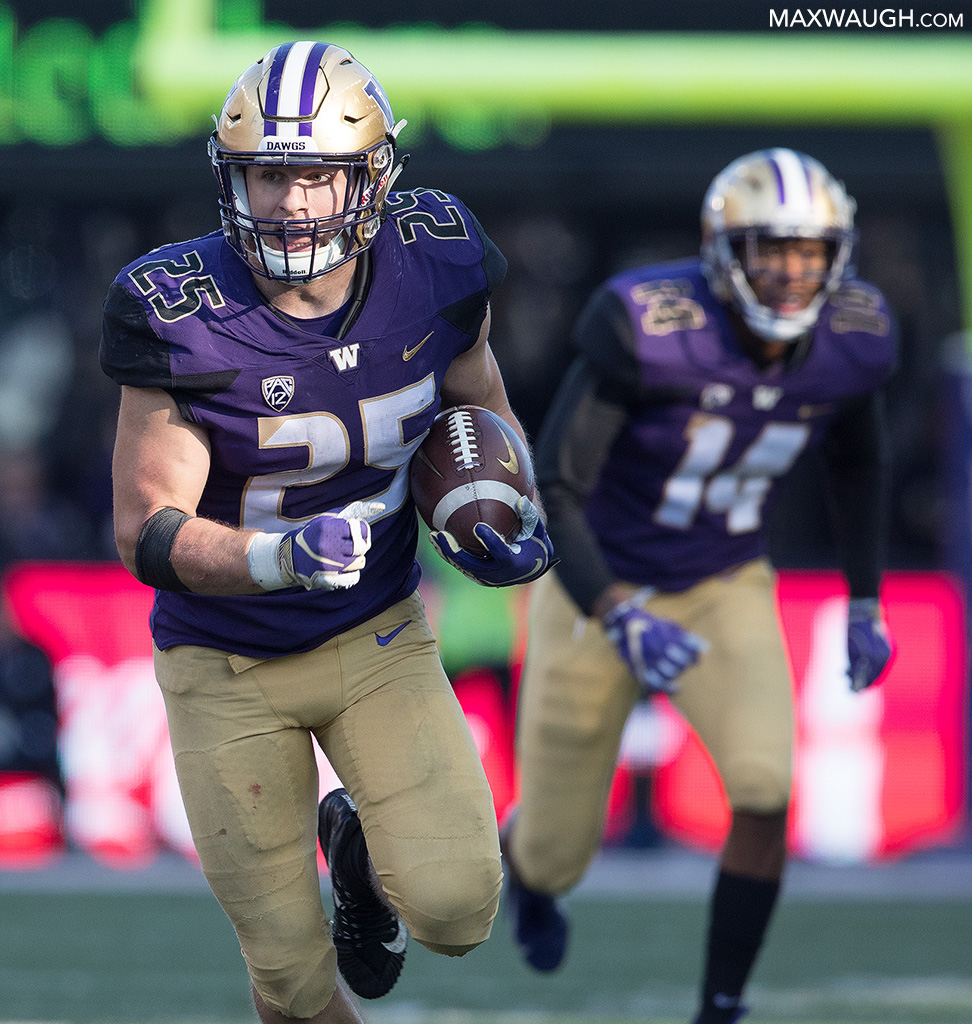 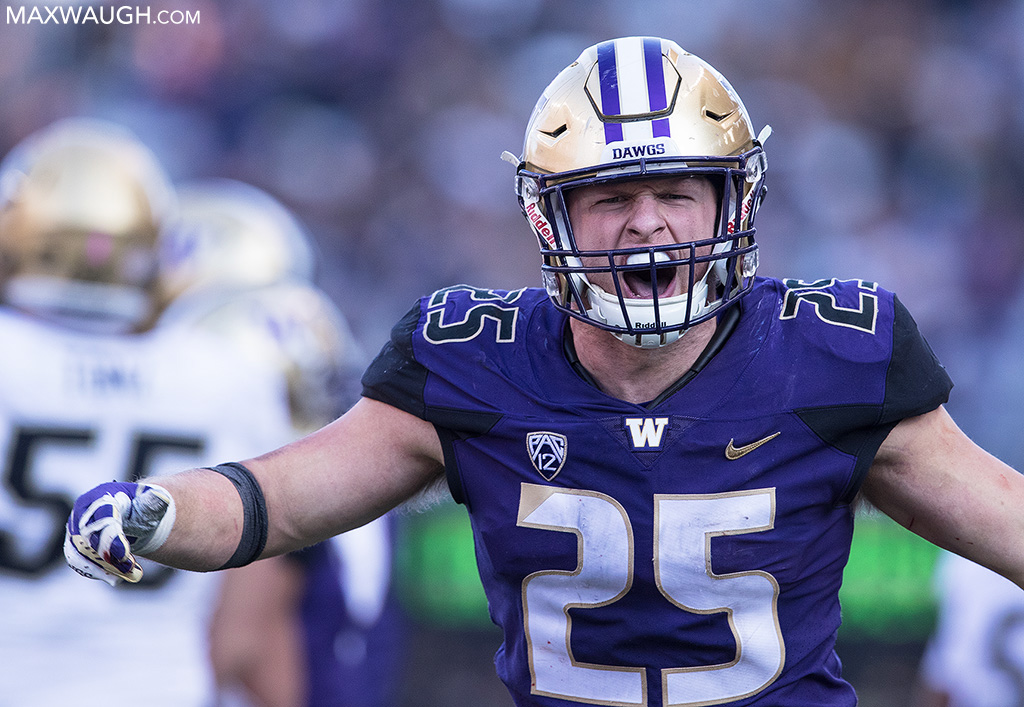 BBK is fired up after icing the game. 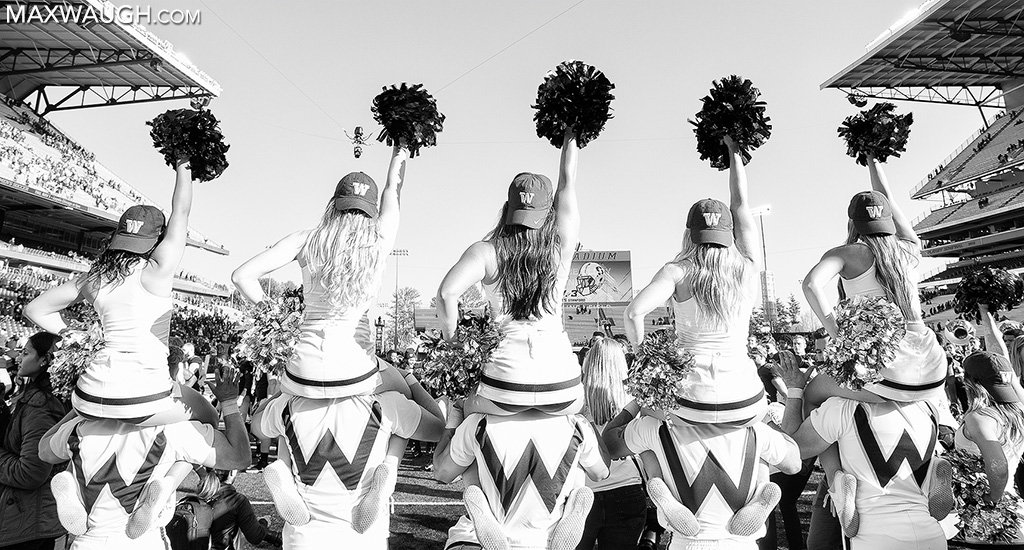 The cheer squad celebrates a victory in Husky Stadium.

A few extra photos are in the photo gallery.