During February’s Tanzania photo safari, I finally checked a big item off my bucket list: riding in a hot air balloon over the plains of the Serengeti. My major regret coming away from my last Tanzania visit was not opting for a balloon ride there, so I knew it would be on the itinerary this time around. I’d never been in a hot air balloon before, and to be honest that experience in itself wasn’t necessarily something I’d been yearning to do (we have local hot air ballooning here in the Pacific Northwest but I’ve never opted to try it). The idea of doing it over the east African savanna and potentially photographing wildlife from the air had a different, unique appeal.

I recently wrapped up my image processing for this tour, and while I plan to share a lot more of the photos when I upload them to my photo archive, I wanted to first continue my series of posts about this trip (read Part 1 here) by sharing the ballooning experience.

We kicked things off with a pre-dawn drive from our camp to our launch point. It was still dark as we rode along the dusty roads, avoiding an occasional hippo along the way, and reached the spot where our crew was prepping for the morning flight. The sky was just starting to glow as we parked and joined the rest of the day’s travelers. 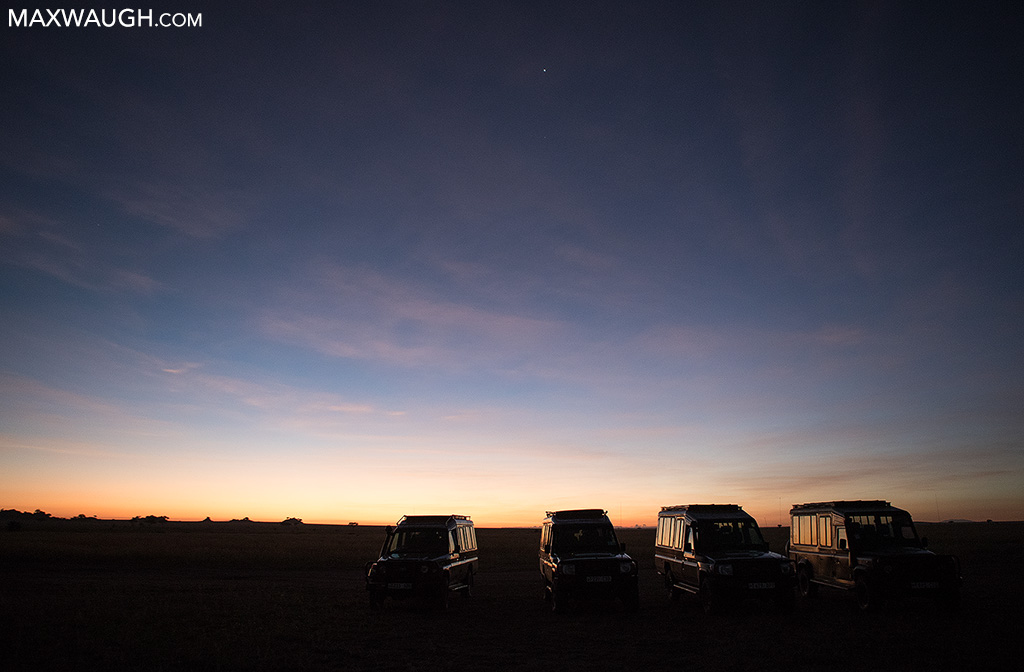 Our outfitter for this excursion had three massive balloons laid out on the ground. The baskets were quite large, fitting anywhere from twelve to sixteen passengers. 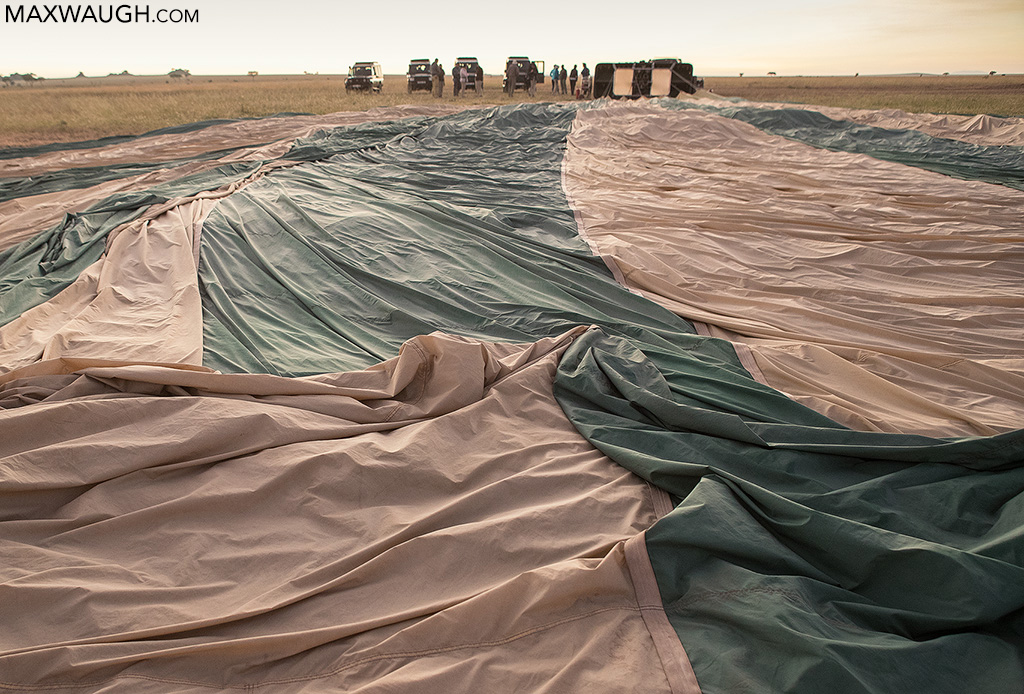 We started with an introduction, safety briefing and boarding instructions, but before we could go anywhere, we first had to find out if we were even going to fly! If the wind was too strong, our pilots weren’t going to risk our safety, and the ride would be cancelled. The team assembled to check wind speeds and make their decision. 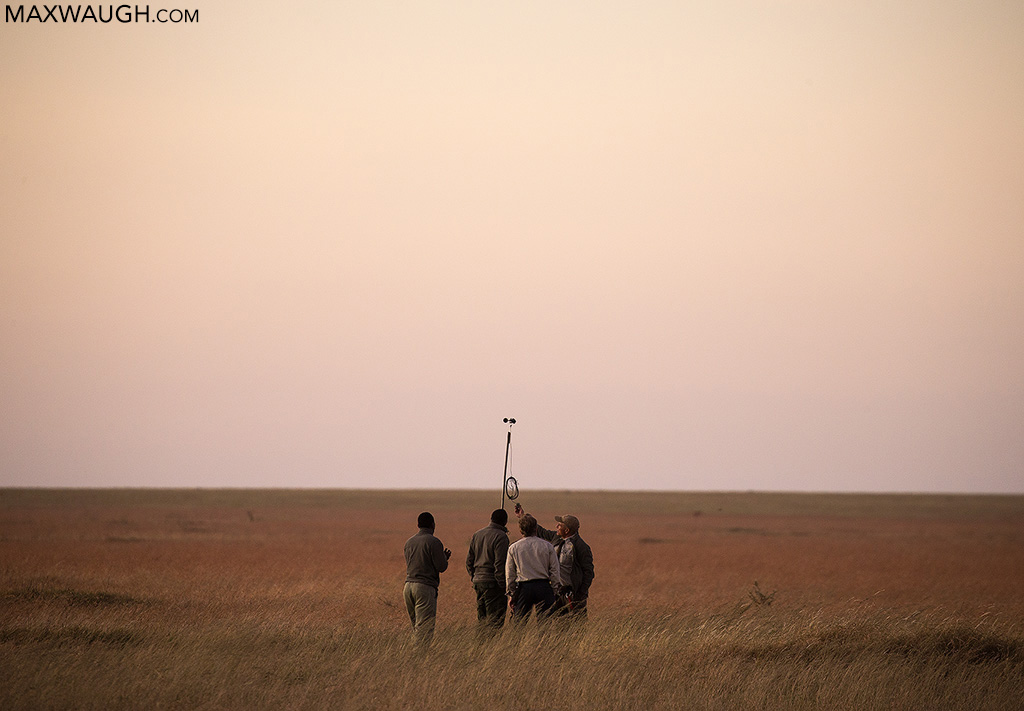 We got the okay! So it was time for final prep. And of course, we had to get those balloons inflated. Though hot air balloons use—news flash!—hot air to rise off and fly above the ground, the inflation actually begins with colder air blown in by large fans. No need to expend fuel to start. 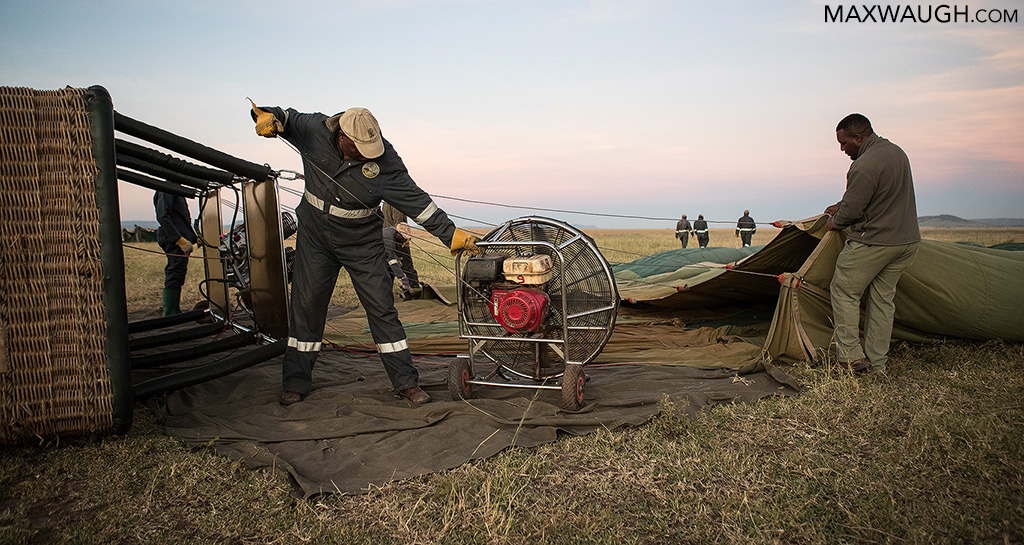 Once the fabric started inflating, the crew would perform final inspections and checks, and make sure the balloon was expanding normally. 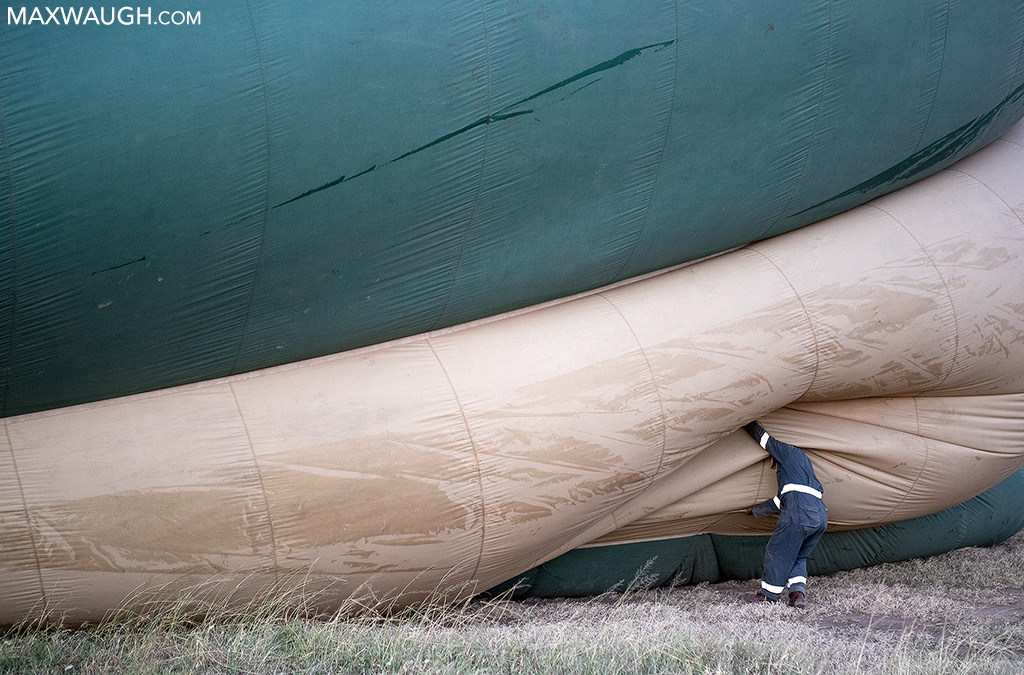 Soon it was time to load passengers. When you get into a hot air balloon, the basket is actually tipped over sideways onto the ground. So you’re essentially climbing into “astronaut” position, as though preparing for a rocket launch. The idea of course is that when the balloon starts to rise the basket will straighten and you’ll end up in a vertical sitting position. But initially, it’s a bit awkward to say the least (especially since all cameras and gear need to be tucked away in a confined space). 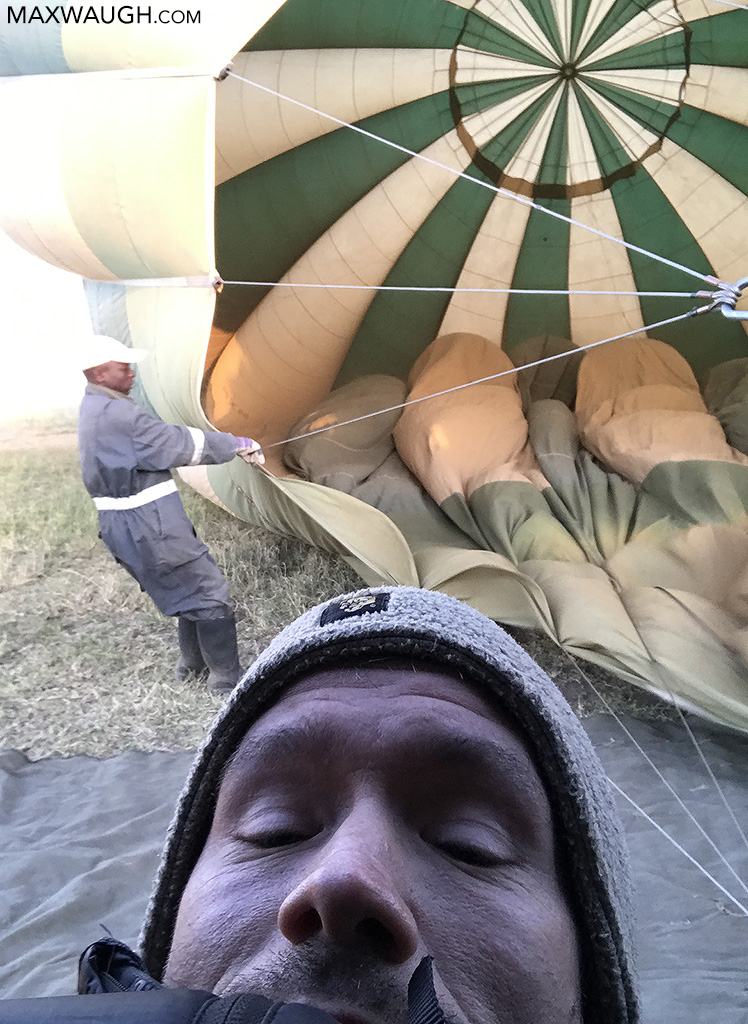 Eventually, it’s time to bring the heat. Our captain fired up the hot air part of the equation. You definitely feel it. 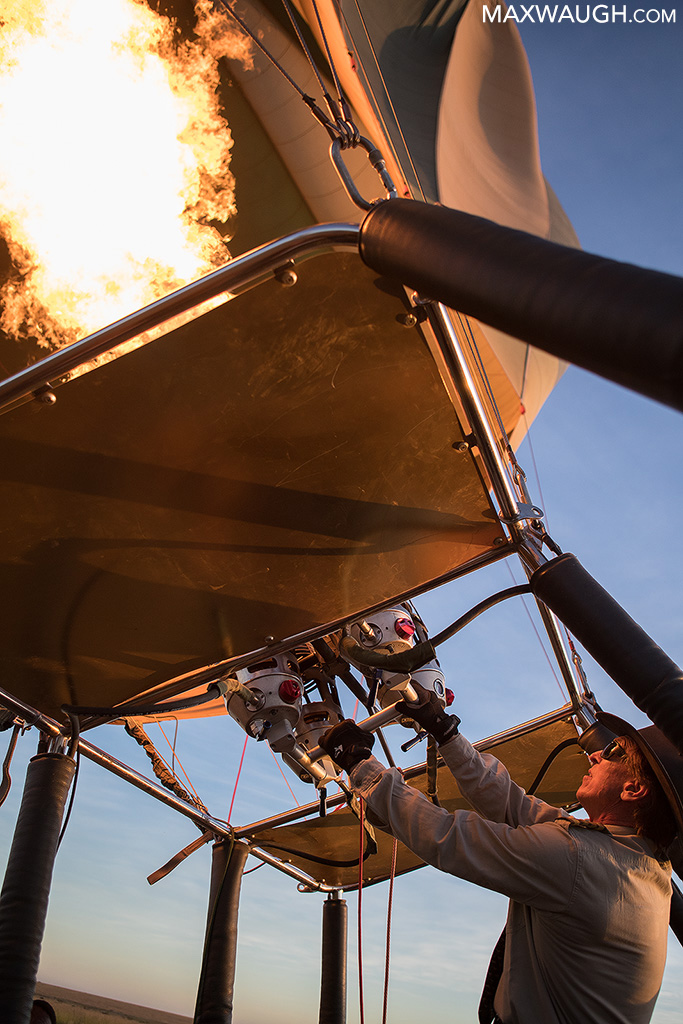 Without warning, we were getting dragged along the ground as the wind caught the balloon, then we tipped up… and were free. Airborne at last! We were fortunate to be the first of the three balloons off the ground, which meant we got a nice view of the others as we sailed over the plains. 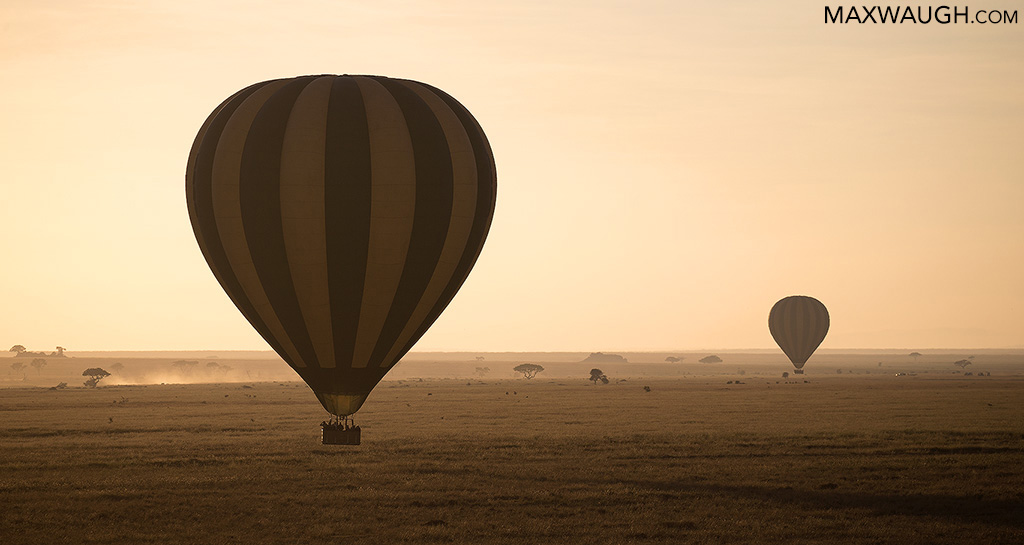 One of the big surprises for me was how low we were traveling. The wind was really kicking us along at a rapid pace, but we were anywhere between twenty to fifty feet off the ground for large portions of our flight. Which was great for spotting wildlife. Almost immediately, I spied a reedbuck hiding in the grass below, and we spooked a hippo as we sailed westward. The plains and hills of the Serengeti lay ahead. 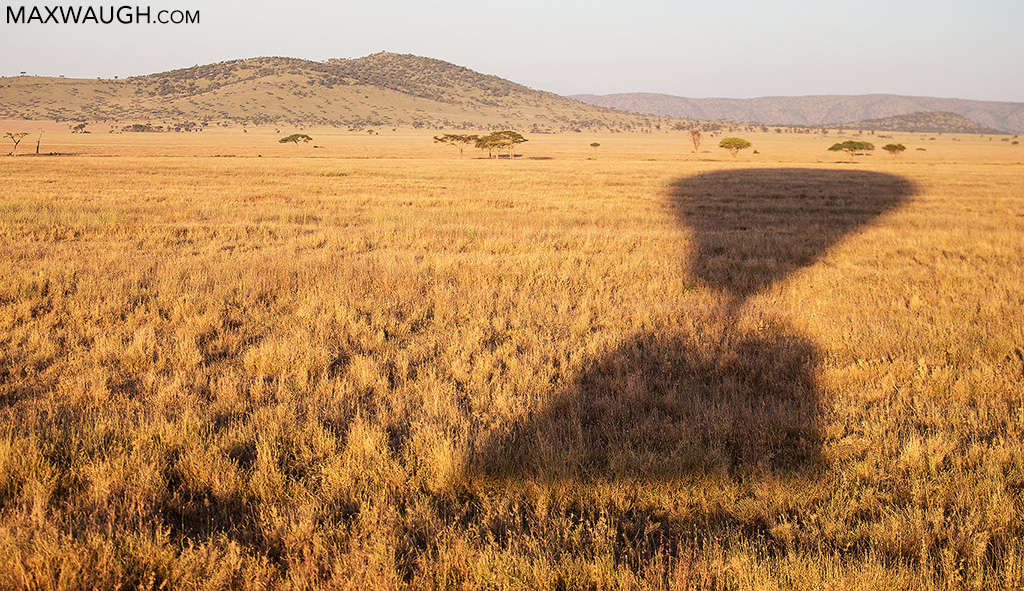 Despite the fact that we were in a sixteen person basket, things were cramped. We were actually fortunate to have fewer than sixteen in our group, so three of us more serious photographers could be in one quadrant of the basket. Had they tried to fit four of us together, there would have been almost no room to maneuver. As it was, when we were facing a certain way we might have to duck to let the folks behind us see over our heads, or vice versa. The basket rotated constantly throughout the trip, so everyone was afforded a view of the land ahead and behind.

Occasionally, our pilot would turn on the jets to get us higher (we may have brushed a treetop or two). 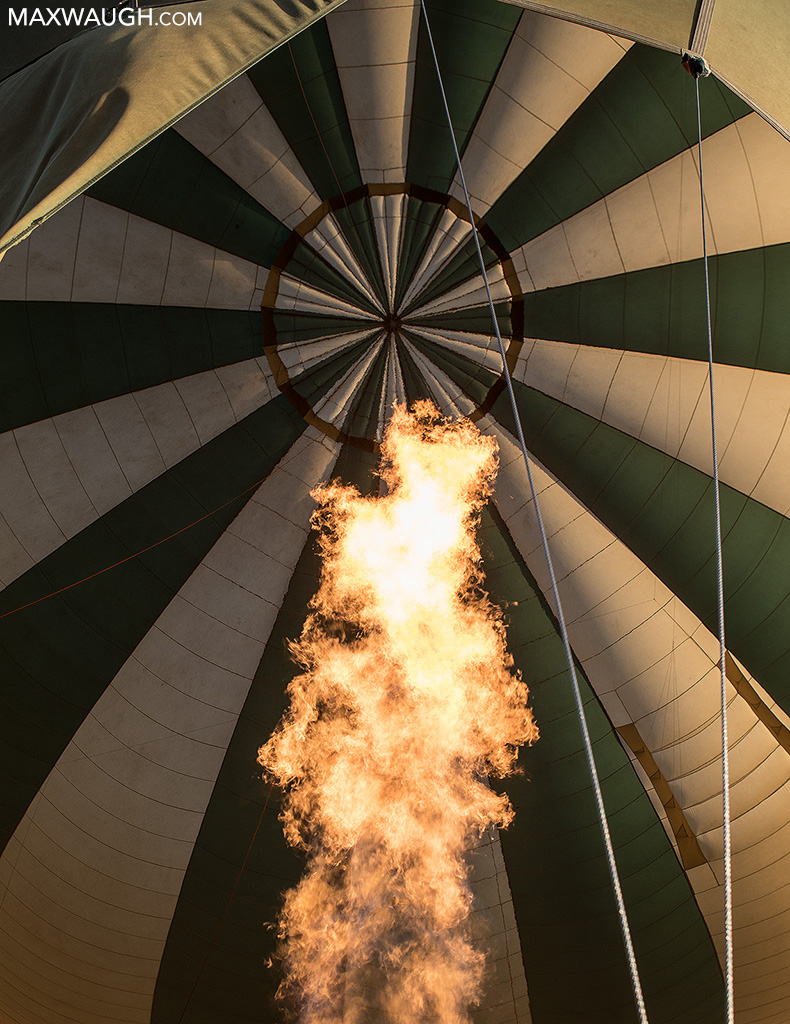 Looking back at our trailing balloons, we could also see our support vehicles, racing down dusty roads to keep with us. The wind really was carrying us along at a good clip, but the road crew never lost sight of us. 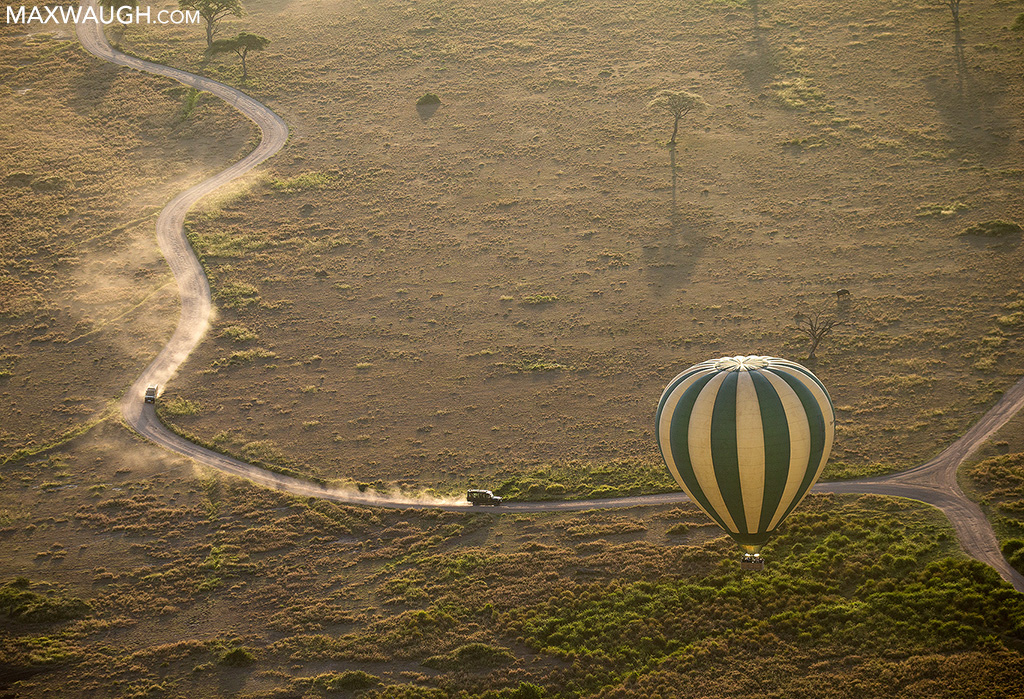 When the flame is off, a hot air balloon ride is an incredibly peaceful experience. You’re being carried with the wind, so there’s virtually no sound as you float along. Our captain talked about how addictive it was, the next best thing to flying on his own, and I definitely got a taste of that.

One of the aspects of the ride I was most looking forward to was photographing wildlife and other subjects from above. The signature acacia trees of the Serengeti cast long shadows in the morning sun. 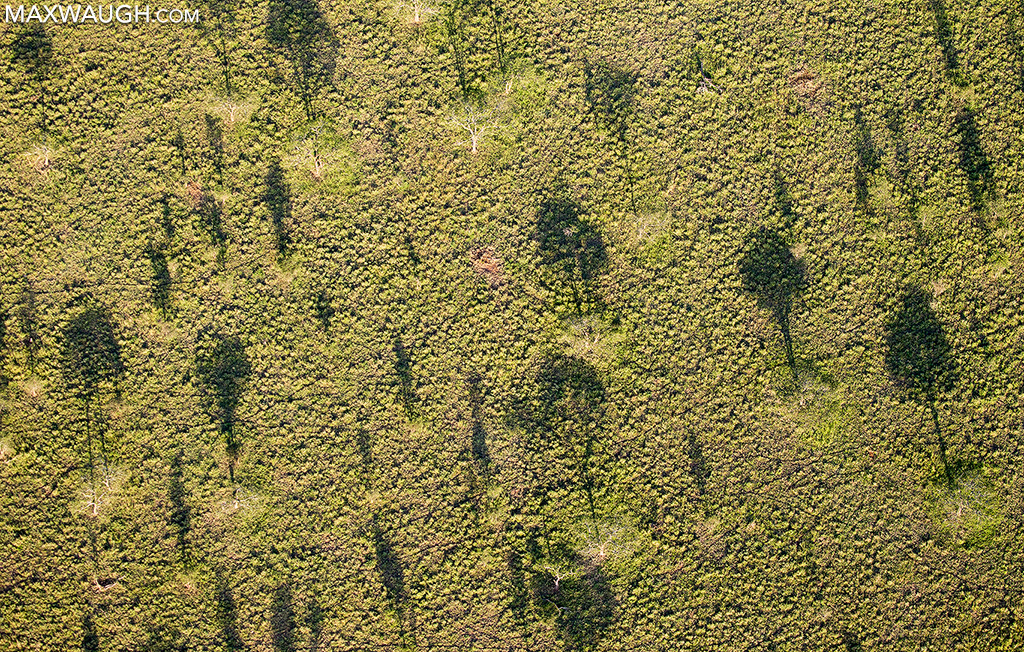 I really wanted to get some wildlife pictures, and we eventually got a few opportunities. It was actually quieter than I expected. This may be explained in part by the fact that the famed Migration had extended south into Ndutu by this point. Armed with better information, I may have booked a balloon ride there rather than the Serengeti at this time of year, though ultimately that didn’t detract from my first ride too much.

And we did have some good wildlife sightings. Distant topi and impala grazed on the savanna. We passed so close to one tree I could see a colorful sunbird perched on top. Hares bounded through the brush. Eventually, we passed close to a small herd of Masai giraffes and plains zebras. 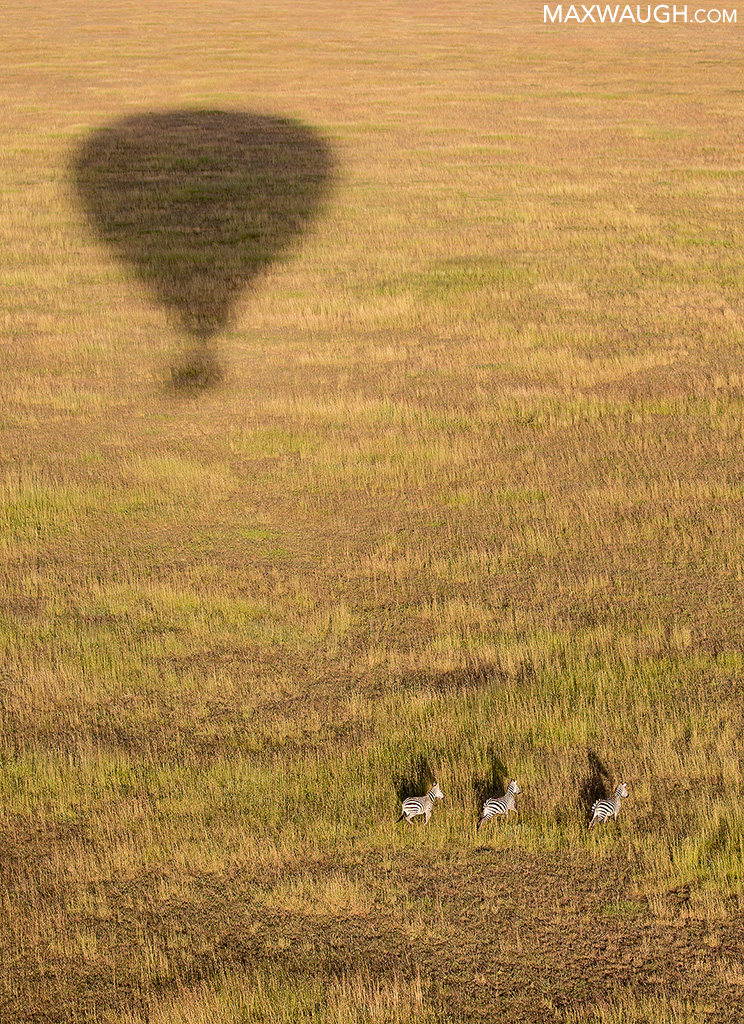 That was probably the photographic highlight of the ride, but there was one more surprise in store. We passed over a family of bat-eared foxes! Since we were flying so low, they were actually within photo range. 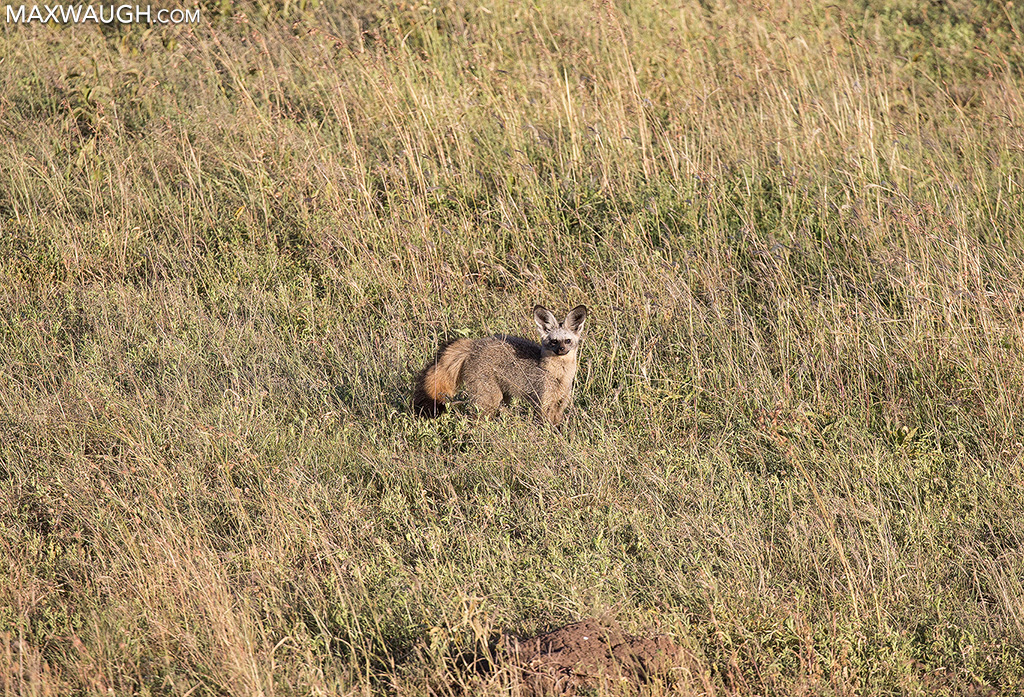 We floated along a while longer. Though we were moving quickly, the experience didn’t seem too rushed, and overall it was well worth the hefty price tag. At last, our captain opened the top of the balloon, which allowed the hot air to escape and brought us slowly to the ground. 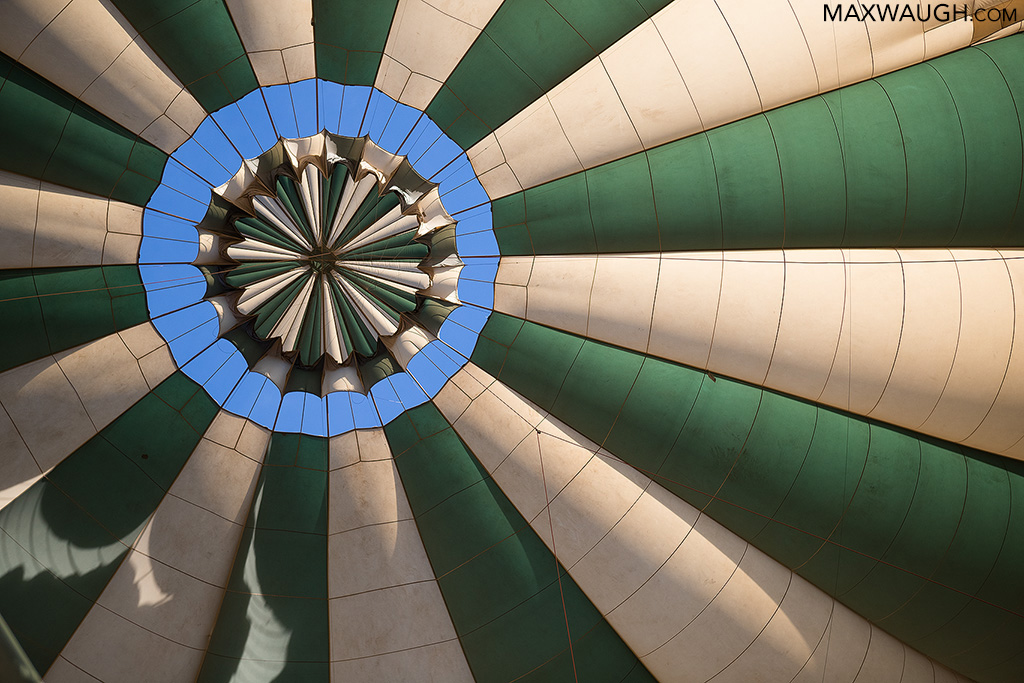 Once we landed, we were treated to the traditional champagne toast (which stems back to the story of the first manned balloon flight, after which the bubbly drink was used to assure startled French locals that the pilots were not aliens), followed by breakfast in the bush. What a great morning, and definitely an experience I’d like to relive when I return to Tanzania.

Here are a couple key points to remember about planning your hot air balloon safari in Tanzania:

We were pleased working with Serengeti Balloon Safaris, which runs flights in both Serengeti and Ndutu.

Check back next week as I present my full collection of wildlife images from the 2019 Tanzania tour. If you’d like to join me on my next Africa adventure, I’m working on details for a trip back to Southern Africa in 2022.