Now that my glut of tours in the first half of the year is finally over, I can concentrate on image processing. I have several trips’ worth of photos to catch up on from the last few months, and I’ve just cleared the first hurdle: my March Costa Rica tour.

This was the latest iteration of my popular “Quetzals to Corcovado” tour, which covers a lot of ground from the central highlands to the Caribbean slope, down to the Pacific coast and ultimately, Corcovado National Park (for those participating in the optional extension). We visit different types of forest and see a spectacular variety of wildlife, from colorful birds to exotic mammals to a few creepy crawlies. It’s always a lot of fun, and my group this year was really enthused and inspired by the wide array of tropical species we encountered.

I have uploaded over 100 new images to the stock photo archive. A short preview of some of the highlights is below. 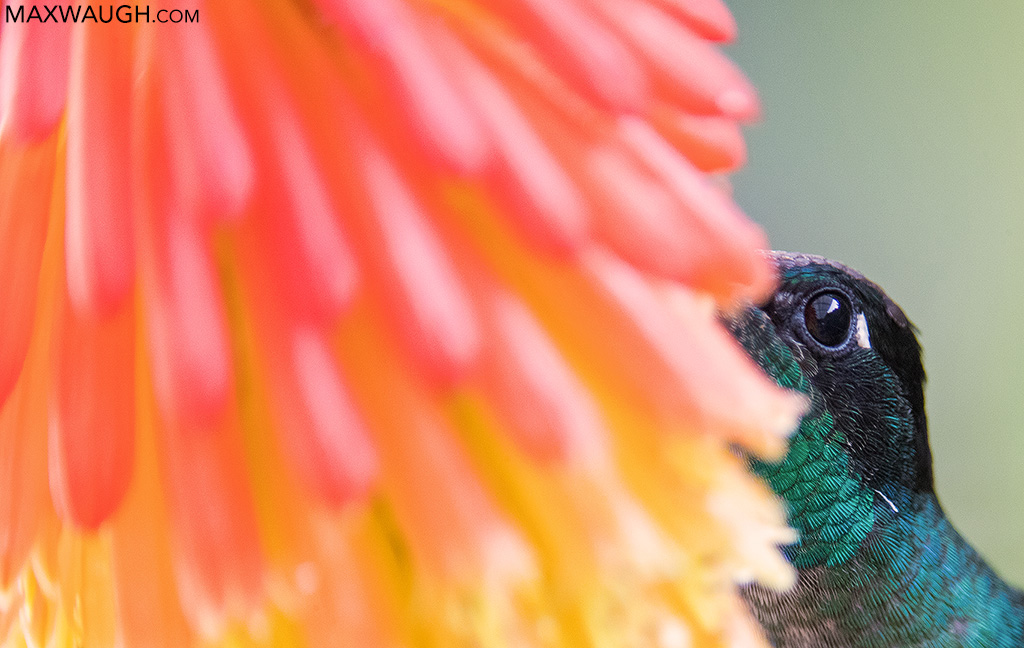 One of the larger hummingbird species found in the central highlands is the Talamanca hummingbird. 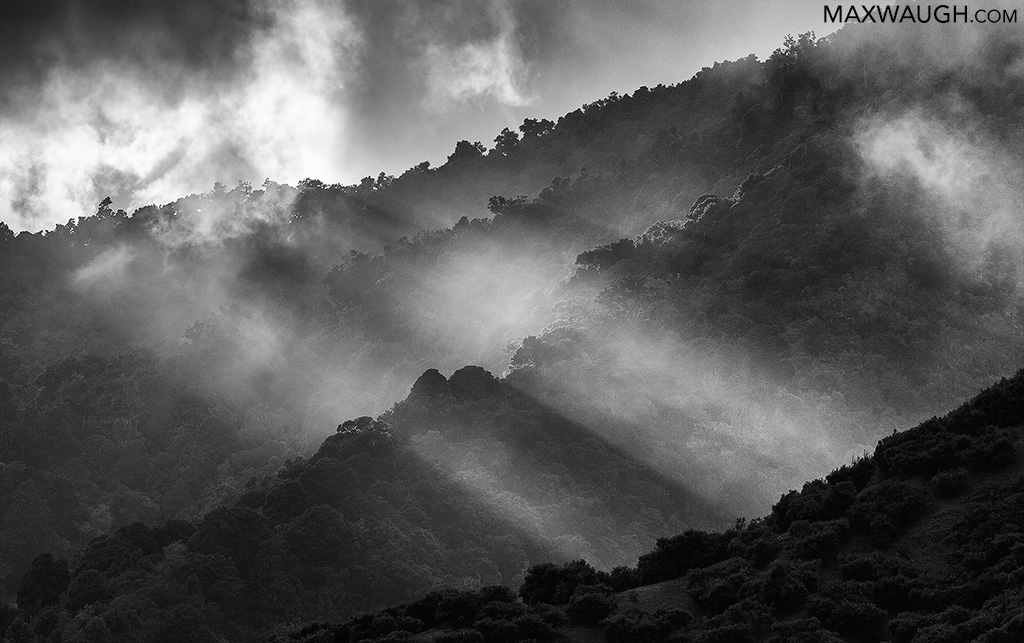 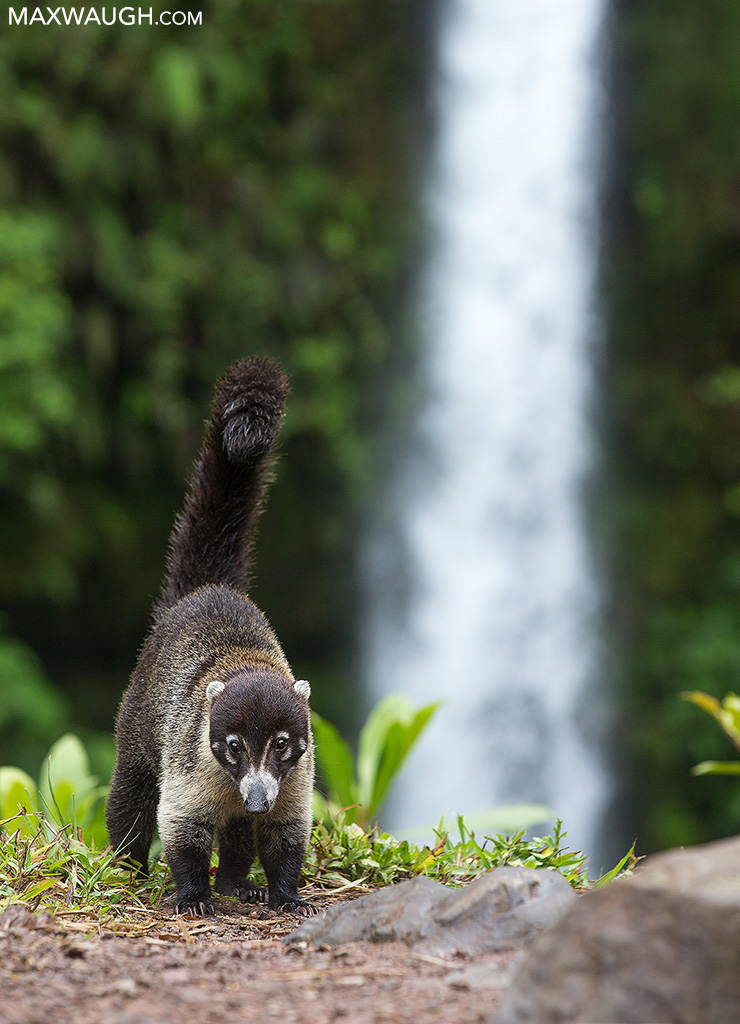 A cousin of the raccoon, coatis often travel in packs. This one was on its own. 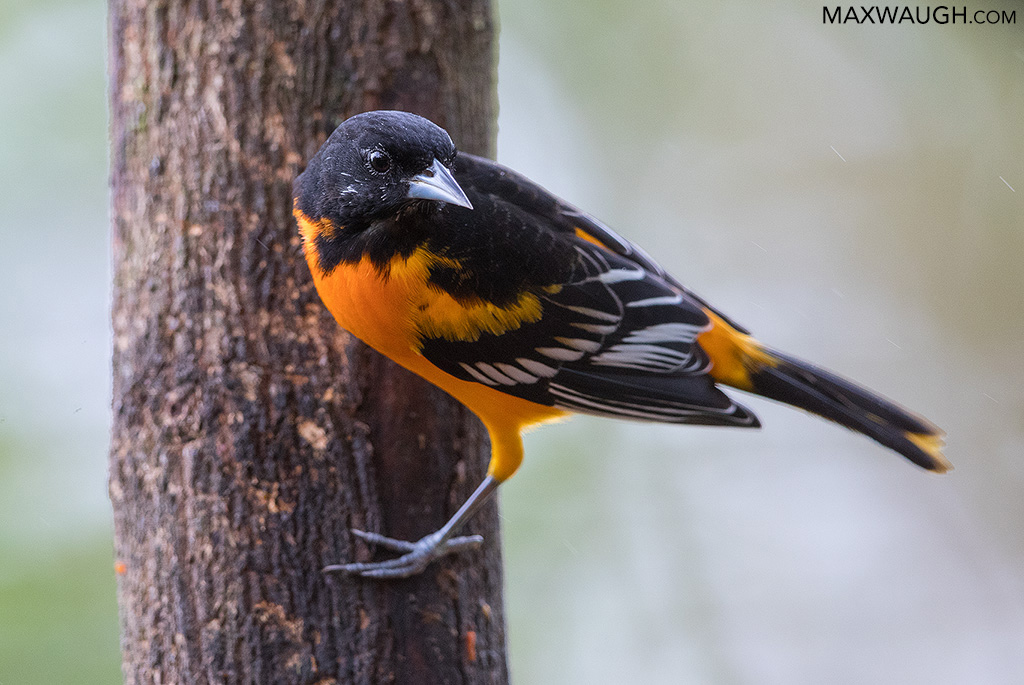 One of many colorful birds seen coming to a feeder at one of our lunch stops was the Baltimore oriole. 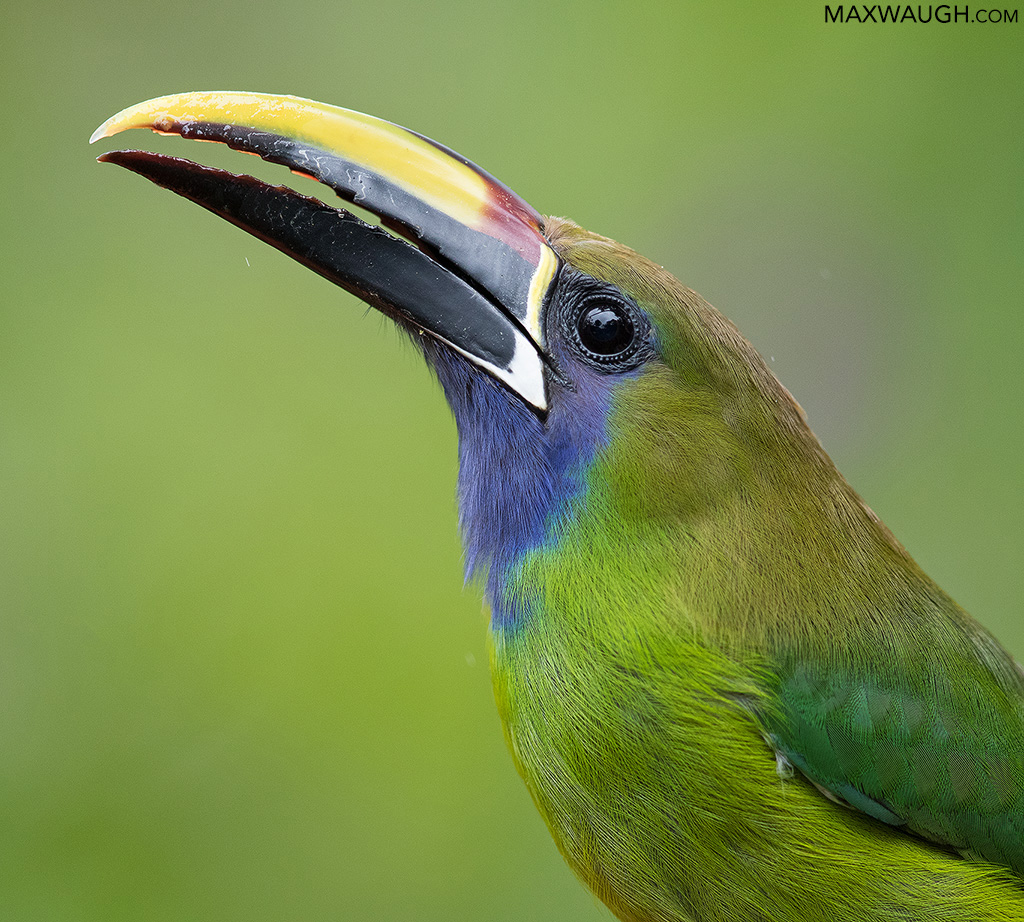 The Blue-throated toucanet is one of my favorite Costa Rican birds. 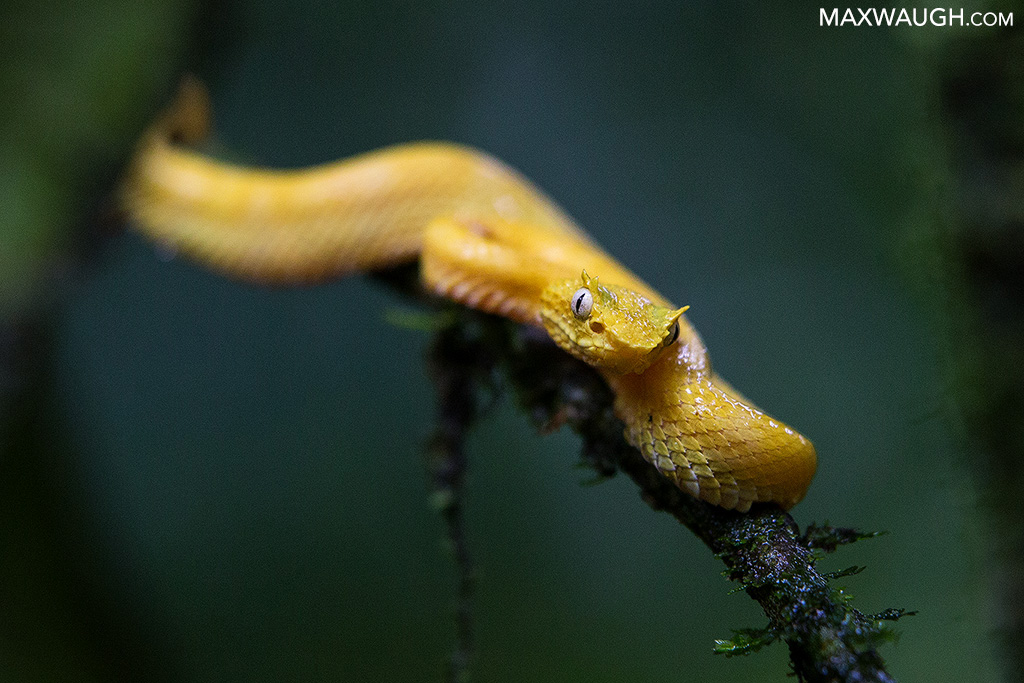 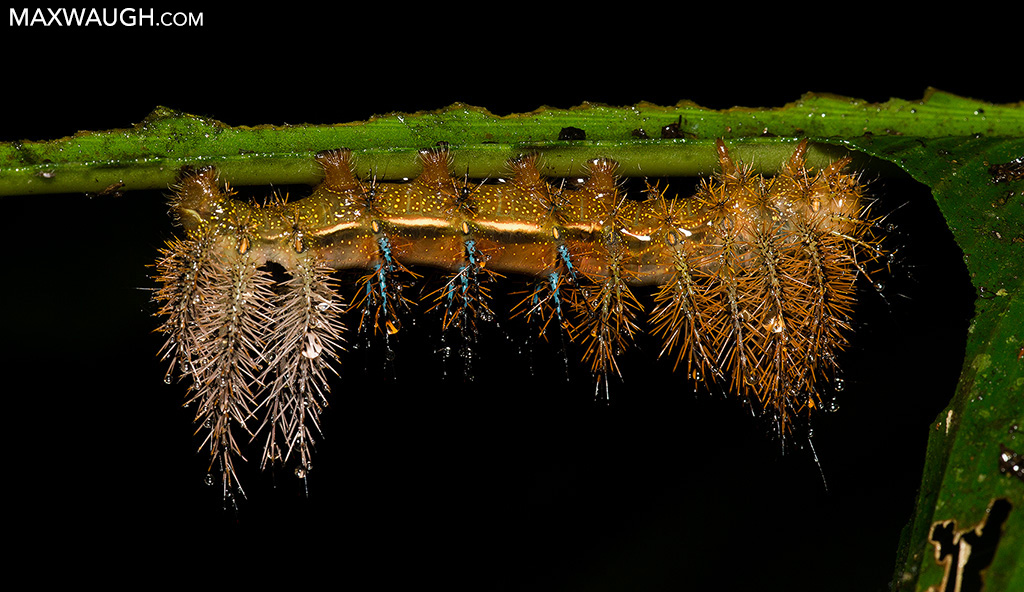 One of my favorite finds during one of our night walks. This caterpillar was a gorgeous specimen. I’d welcome an ID from the experts. 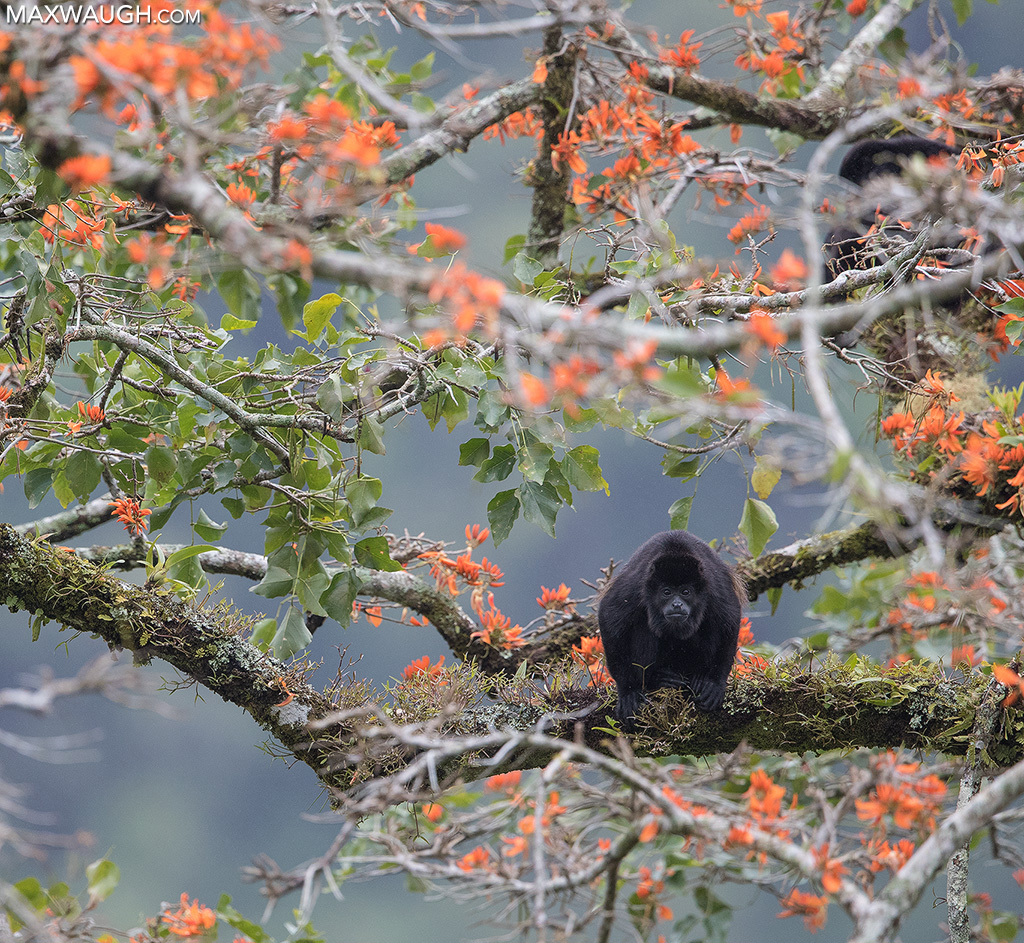 We happened to spot a family of howler monkeys in a colorful tree near the road. 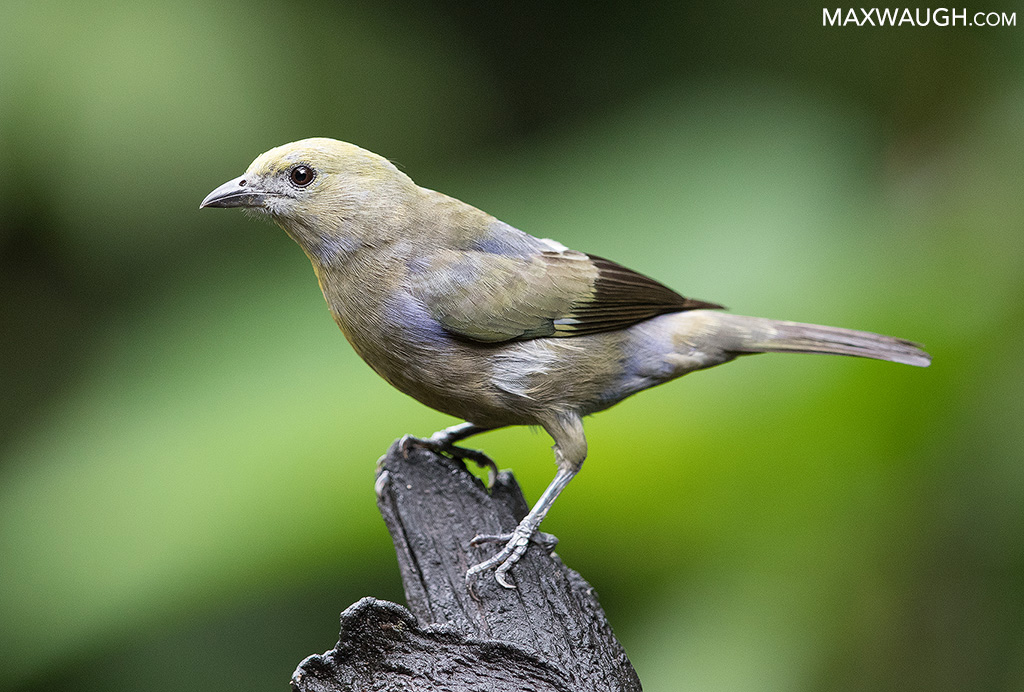 Many of Costa Rica’s lodges have feeders that attract some really cool and handsome birds, including the Palm tanager.

We had some nice photo ops with a few cool bat species: the northern ghost bat, the pygmy round-eared bat, and the Honduran white bat. 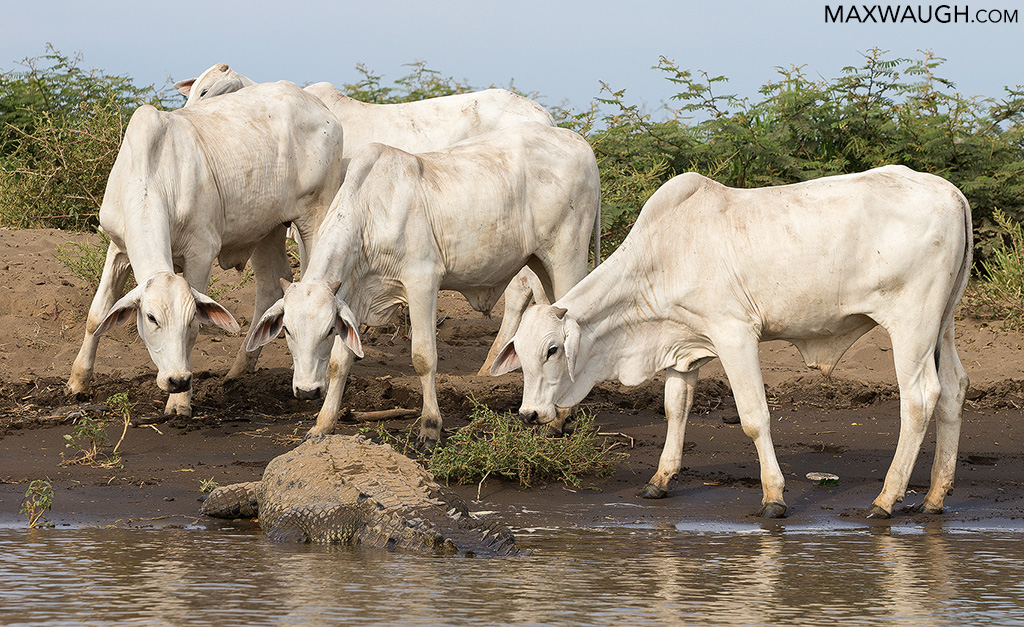 These cows must be really dumb. Still, the croc didn’t do anything. 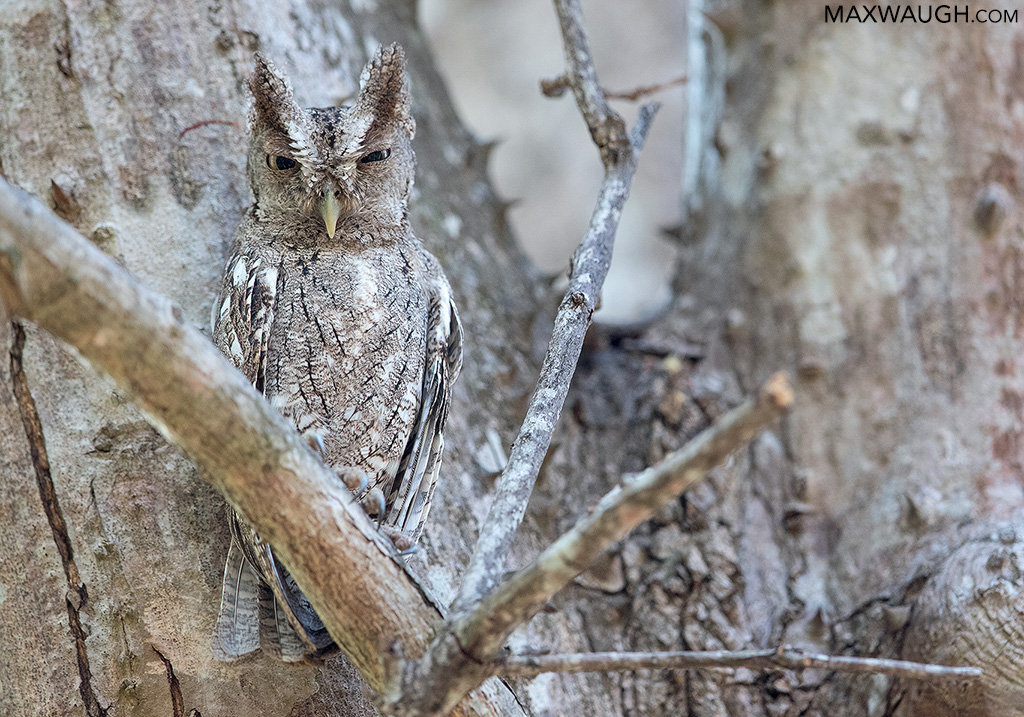 I was excited to add a new owl species to my life list, the Pacific screech owl! 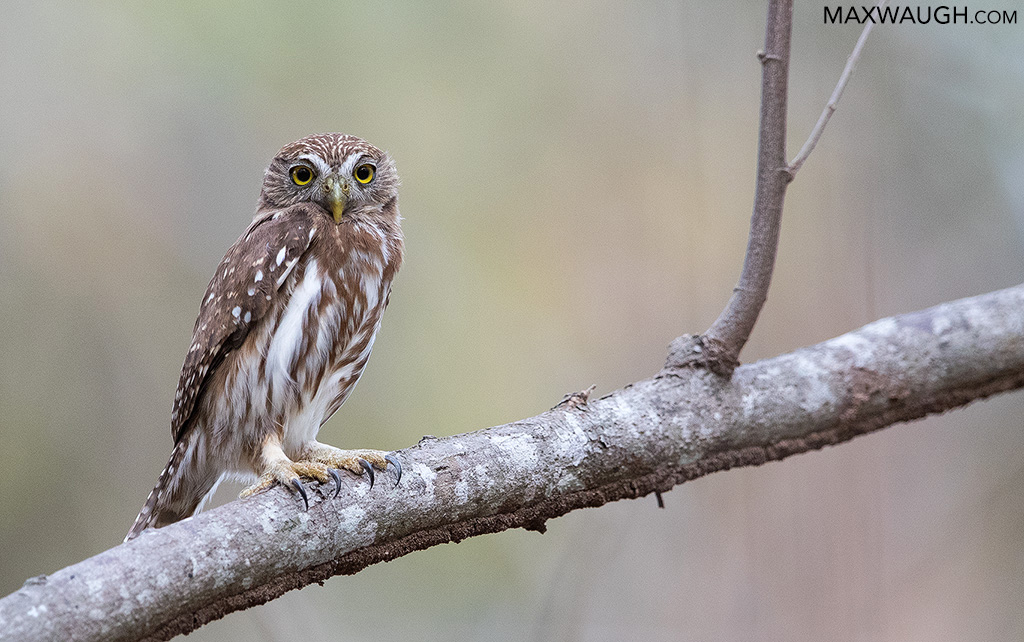 Not far from where we saw the screech owls we landed a couple of Ridgway’s pygmy owls. 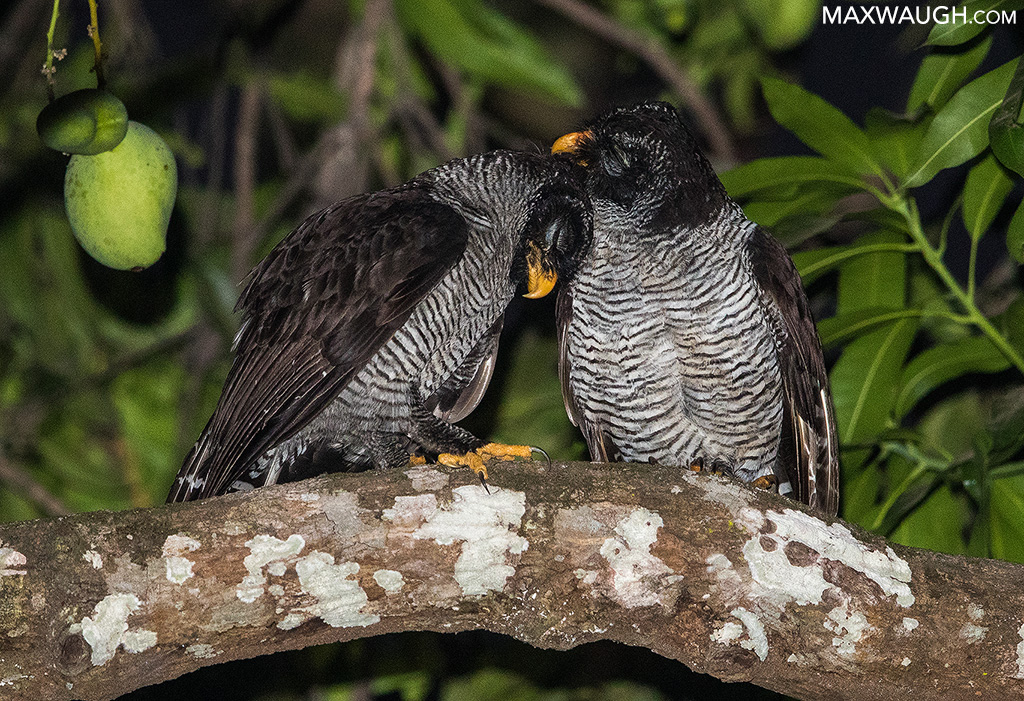 It was a treat to finally see Black-and-white owls again. 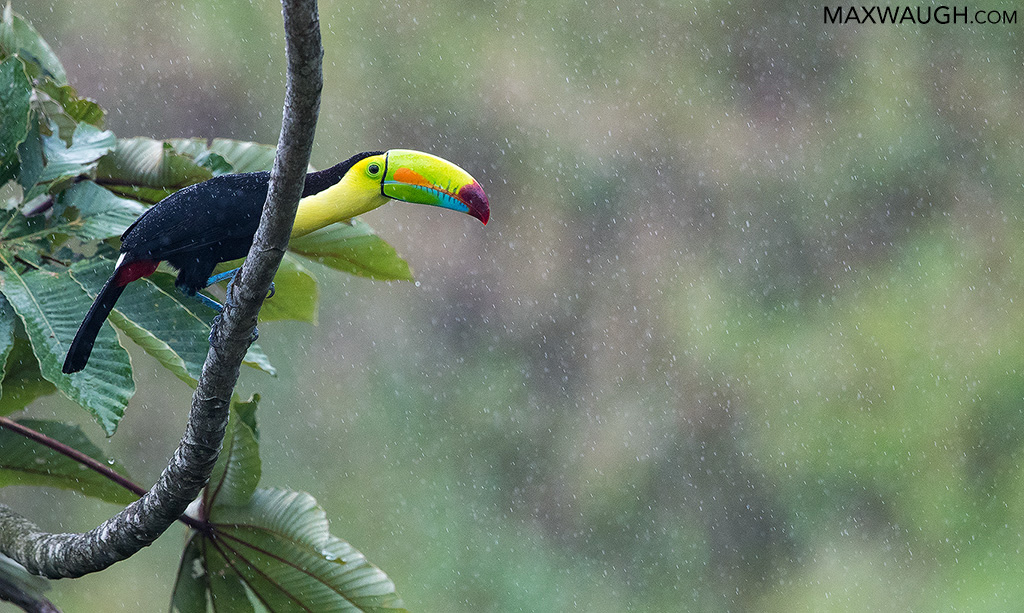 We had a small group of Costa Rica’s two biggest toucans hanging out together in a rainstorm, including the Keel-billed. 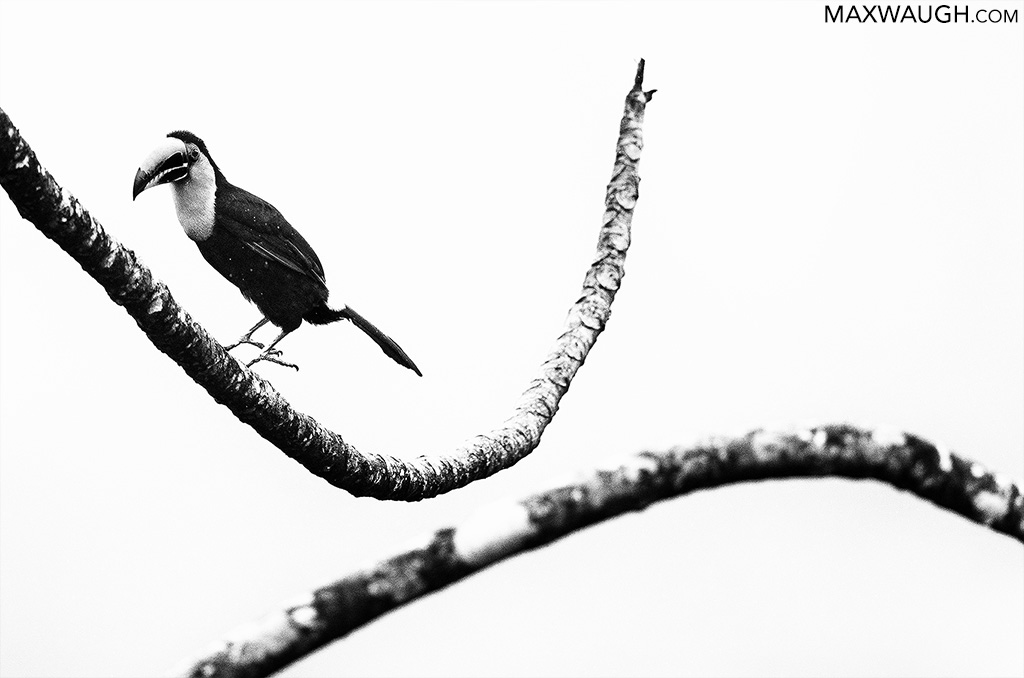 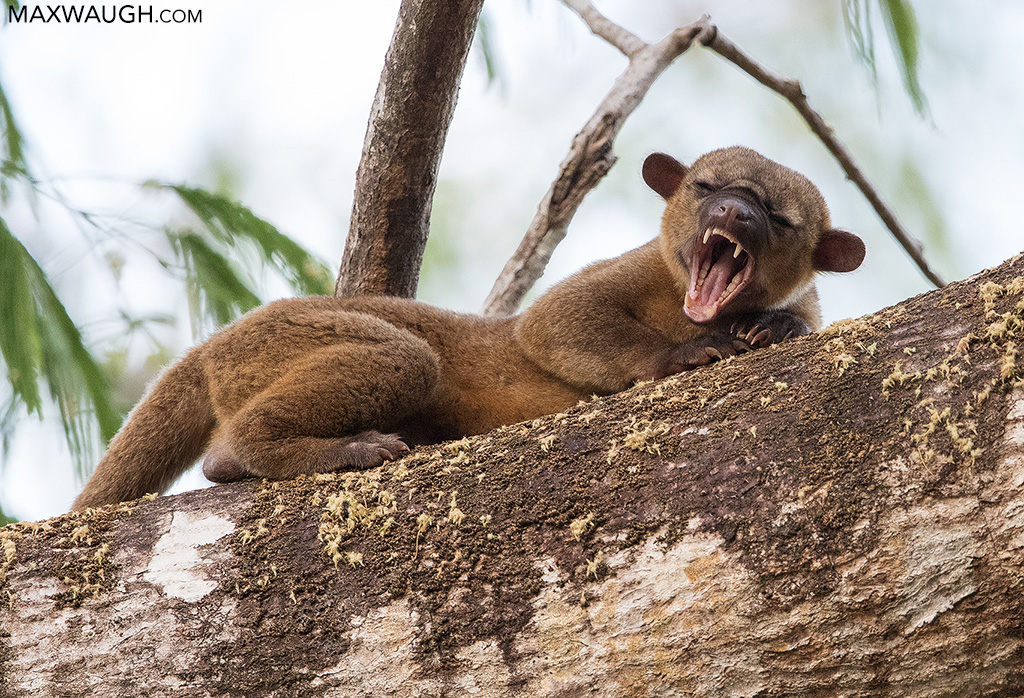 I love finding elusive mammals in the rainforest. We’ve had some good luck photographing kinkajous in recent years. 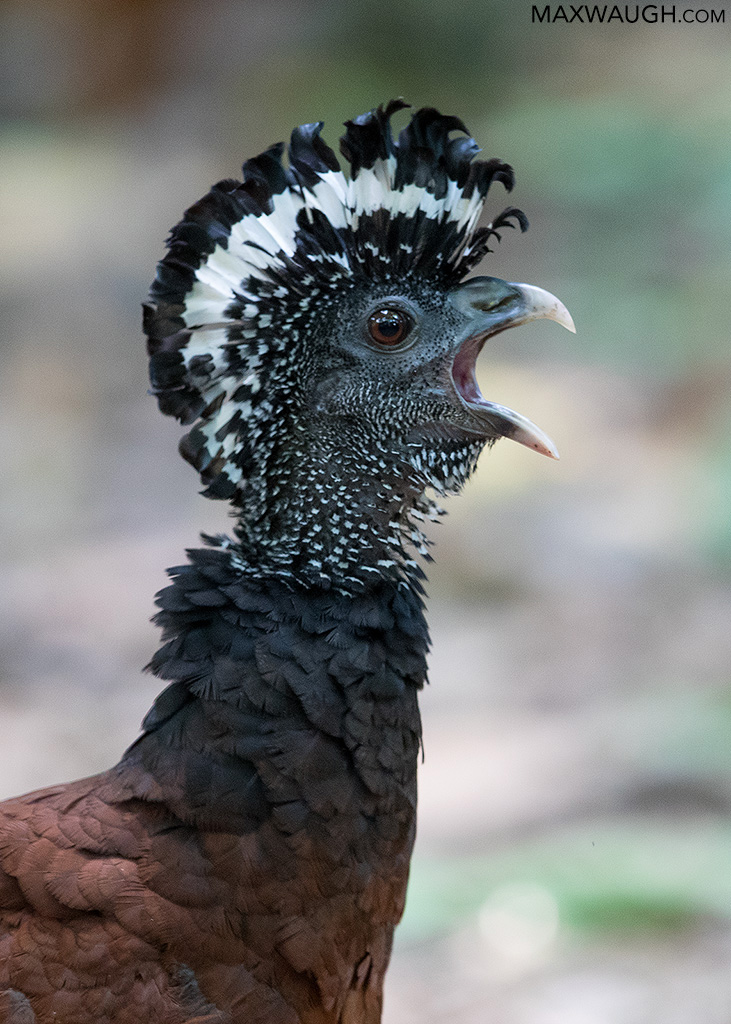 The female Great curassow is more colorful than the male. 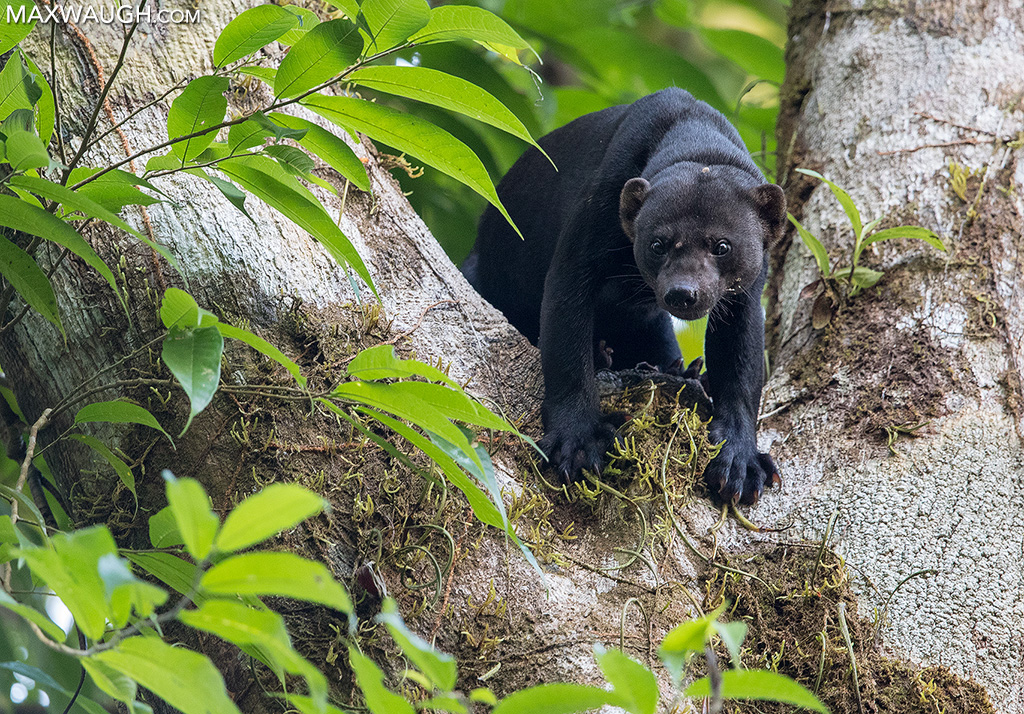 Tayras are a member of the mustelid (weasel) family and range in color from brown (including blonde highlights) to black. This was a big male… he looks like a cross between a monkey and a black panther. What a handsome fellow!

Check out the 108 new photos in the archive. And remember that you can order prints of nearly all of these images directly via this website.

Want to join me on my next Costa Rica adventure? I’m leading a trip back in early 2021. Get on the waiting list and receive more information as it gets finalized here.