I’ve been out of town for nearly two weeks, so as far as I’m concerned the lightning debacle against Cal never happened. Can we all agree on that?

The Huskies looked to bounce back from last week’s bizarre upset by turning their attention to the University of Hawaii. Gray skies hung over the stadium prior to the game, with a chance of rain promised for later in the evening. Husky fans hoped any electricity was confined to the play on the field.

The Dawgs took it to Hawaii early and walked away with a relatively sound 52-20 victory. They’ll face a tougher test with their first road game next week at BYU.

You can view the full photo gallery in the photo archive. Some of the highlights are below. 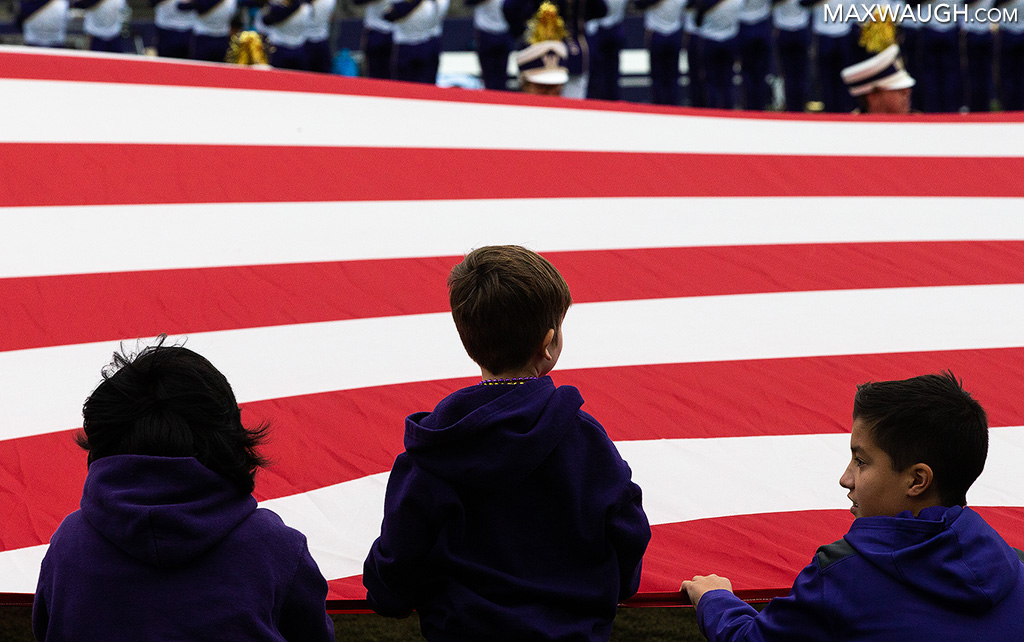 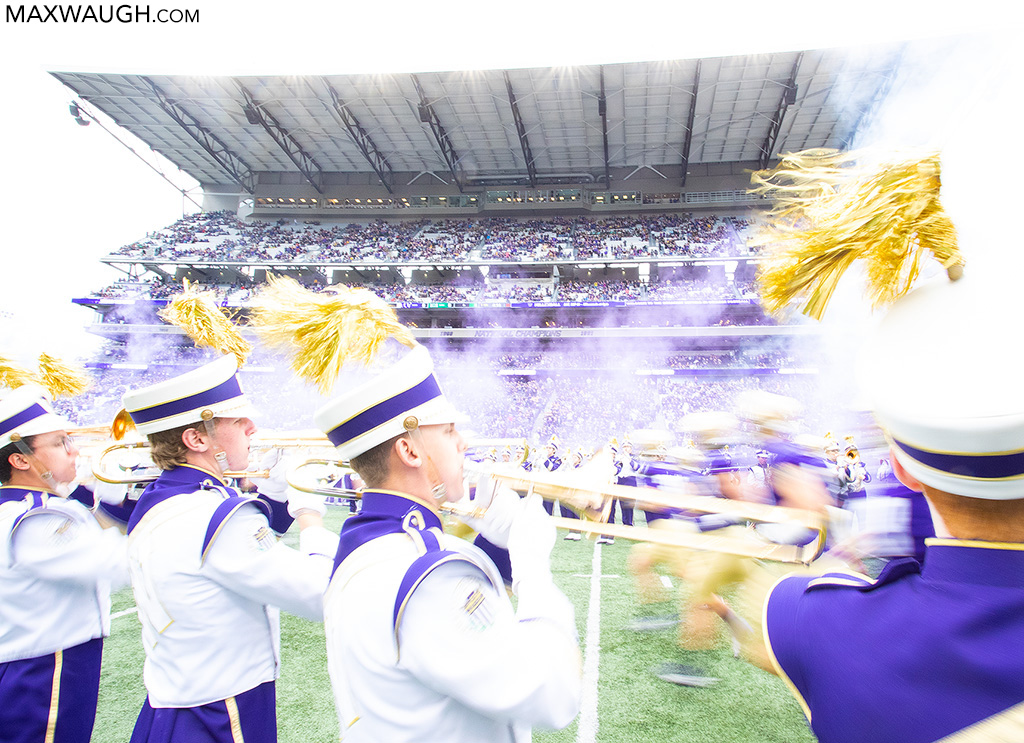 The Husky Band plays on as the Dawgs enter Husky Stadium. 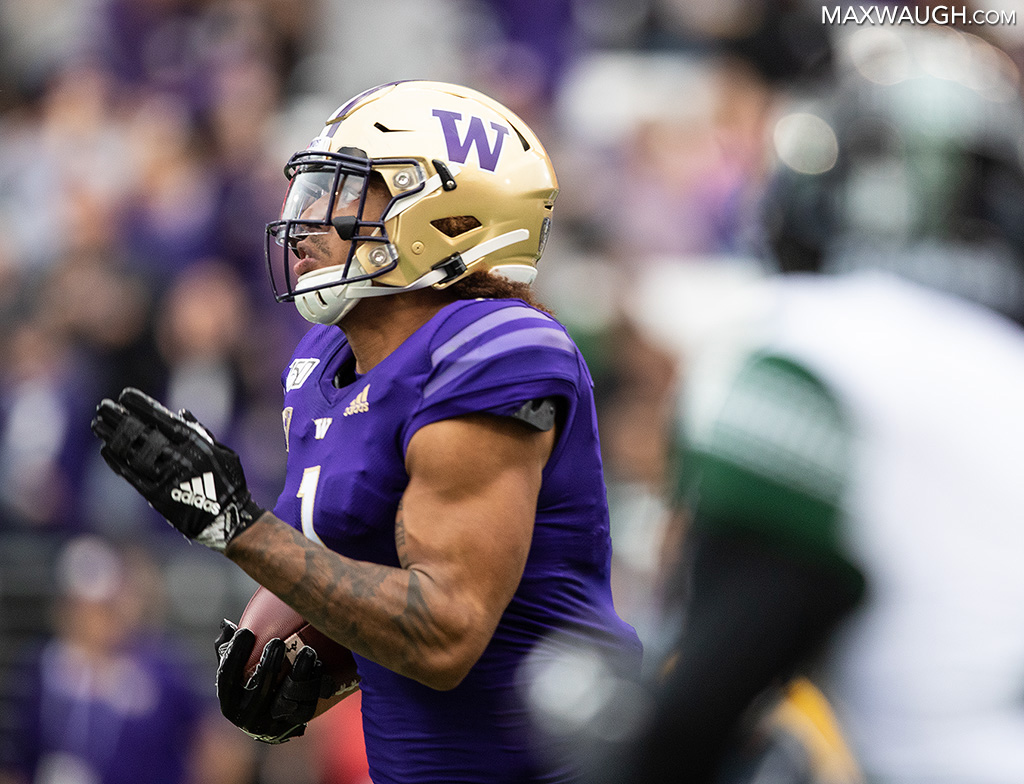 Hunter Bryant outruns the Hawaii defense for a 47-yard touchdown to kick off the scoring. 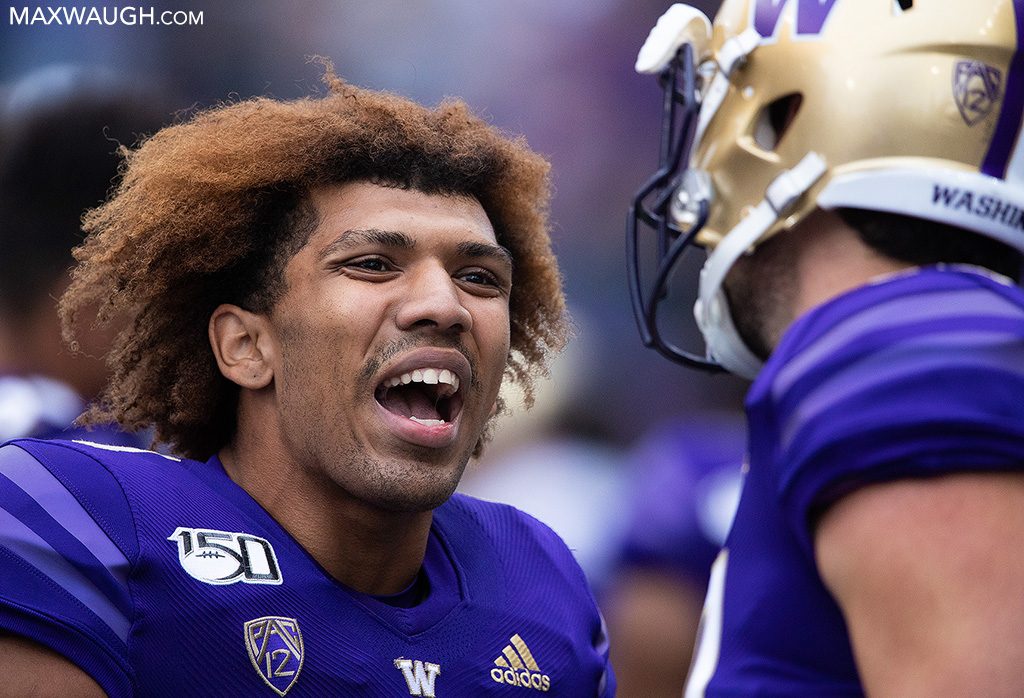 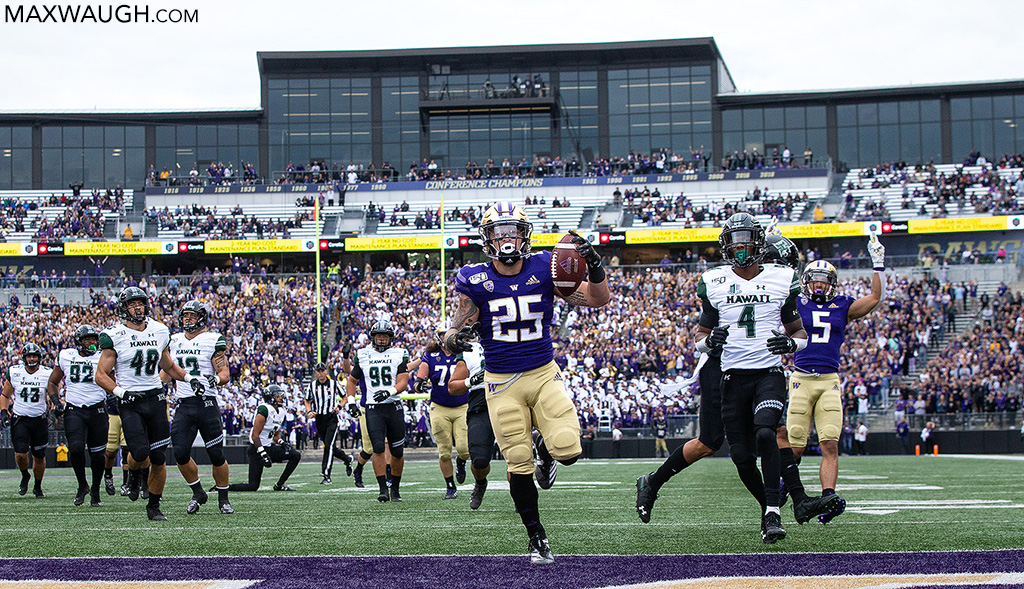 Sean McGrew enters the end zone after a 22-yard run. 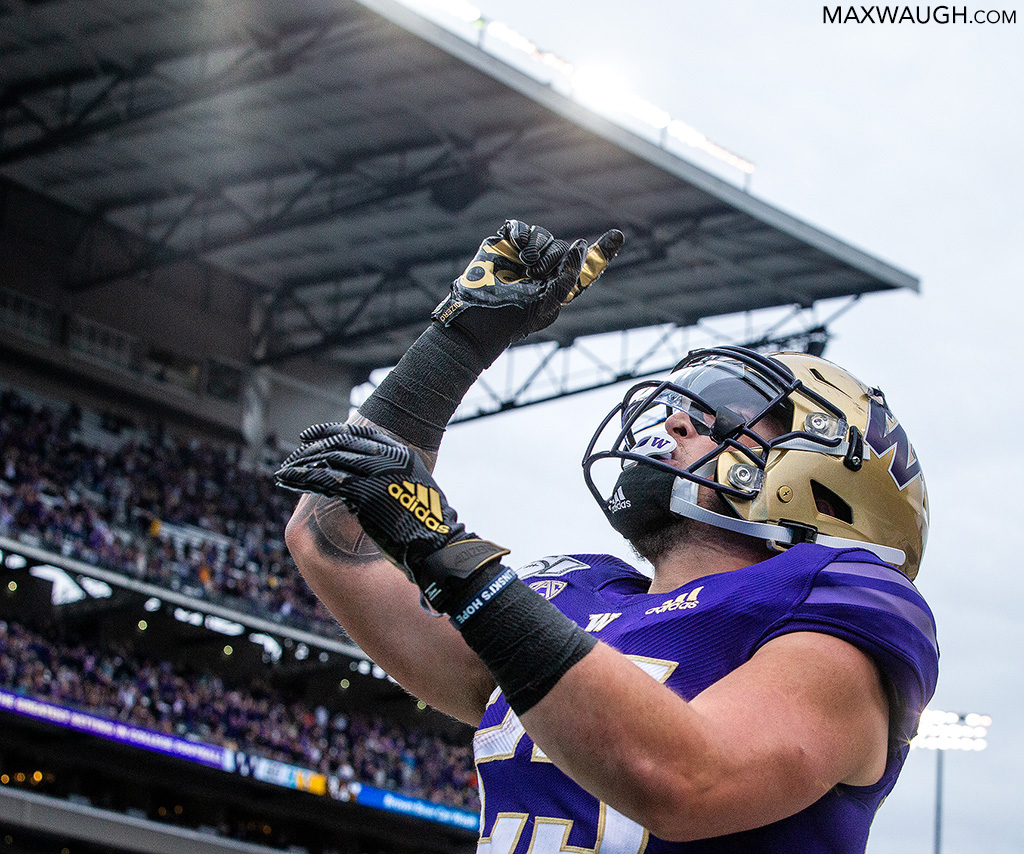 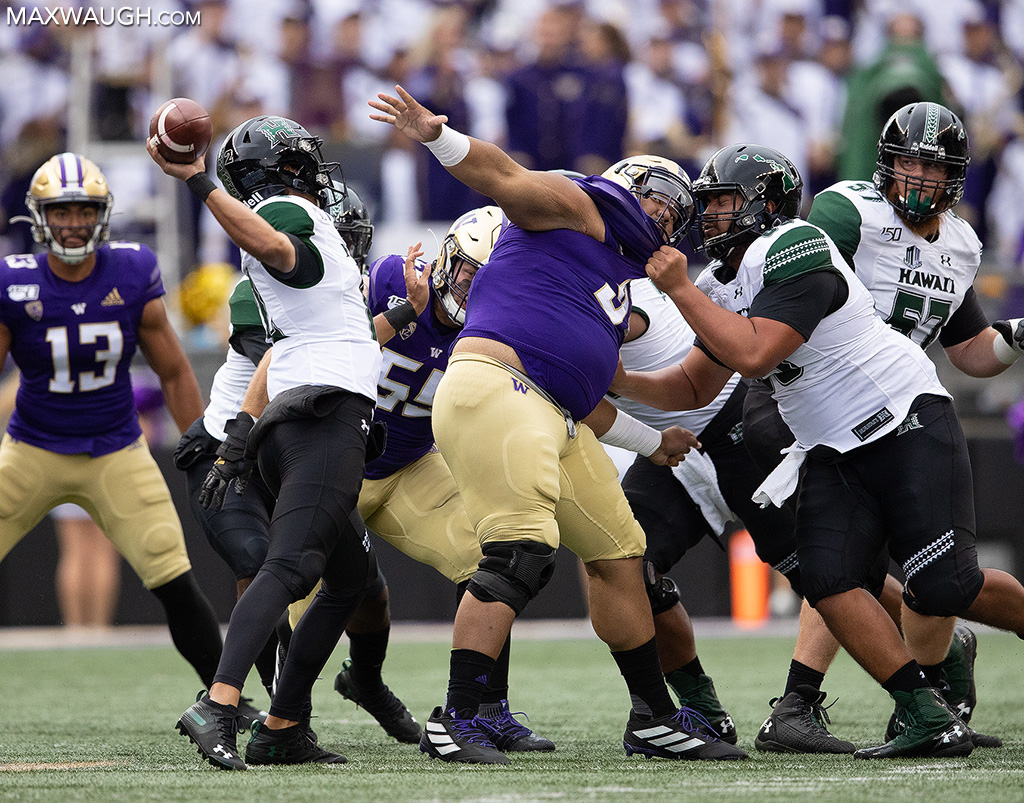 Tuli Letuligasenoa (center) caused problems for the Hawaii offensive line early on. No holding was called on this play. 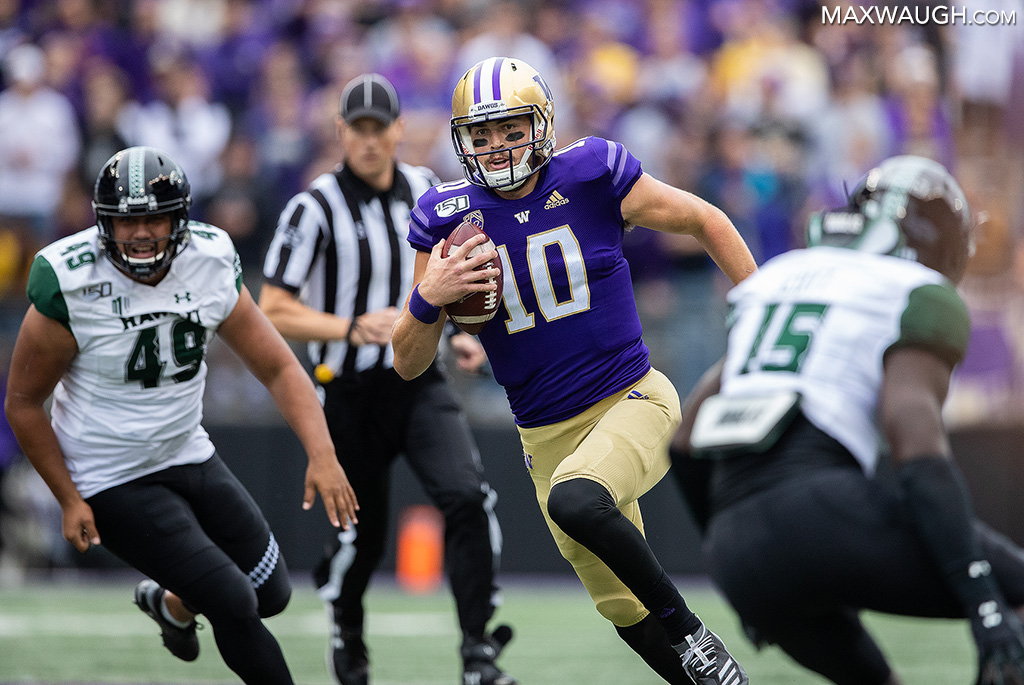 Jacob Eason… always a threat to gain first downs with his legs. Okay, maybe not always, but it was the case this time. 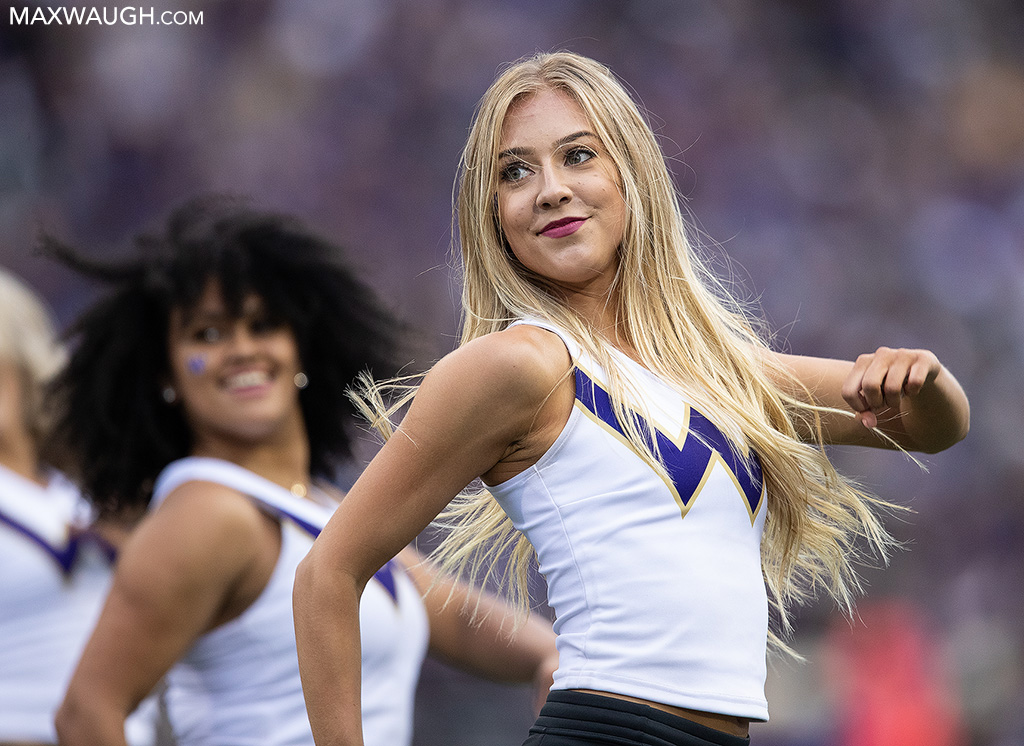 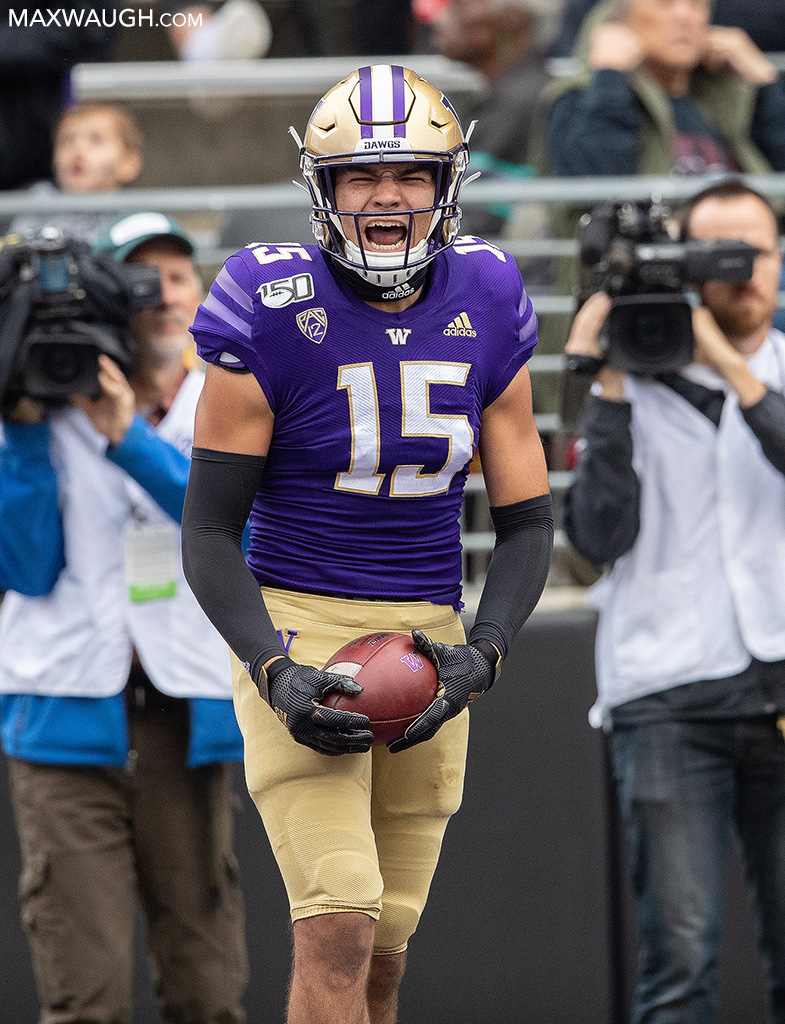 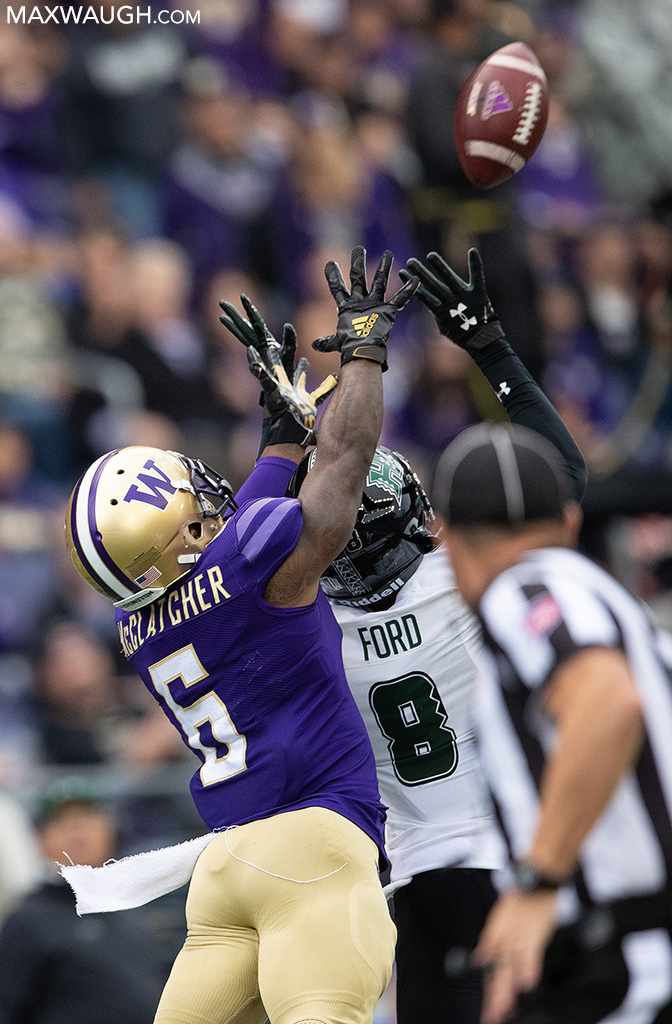 Chico McClatcher and Hawaii defensive back Eugene Ford battle for a jump ball. It would fall incomplete. 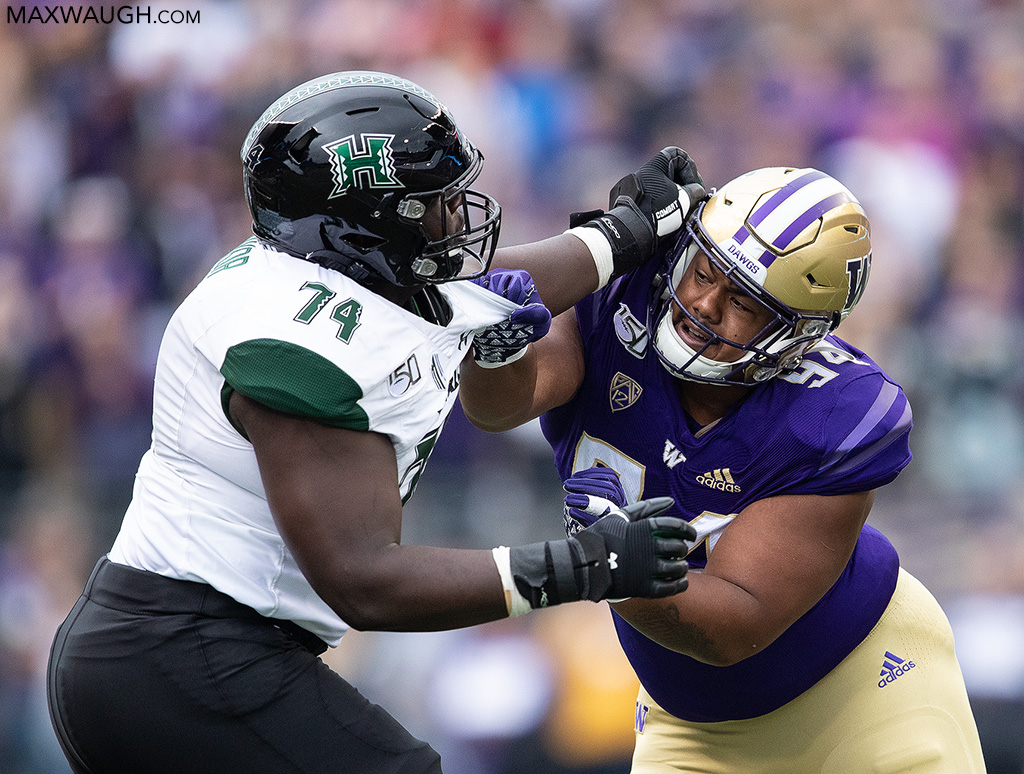 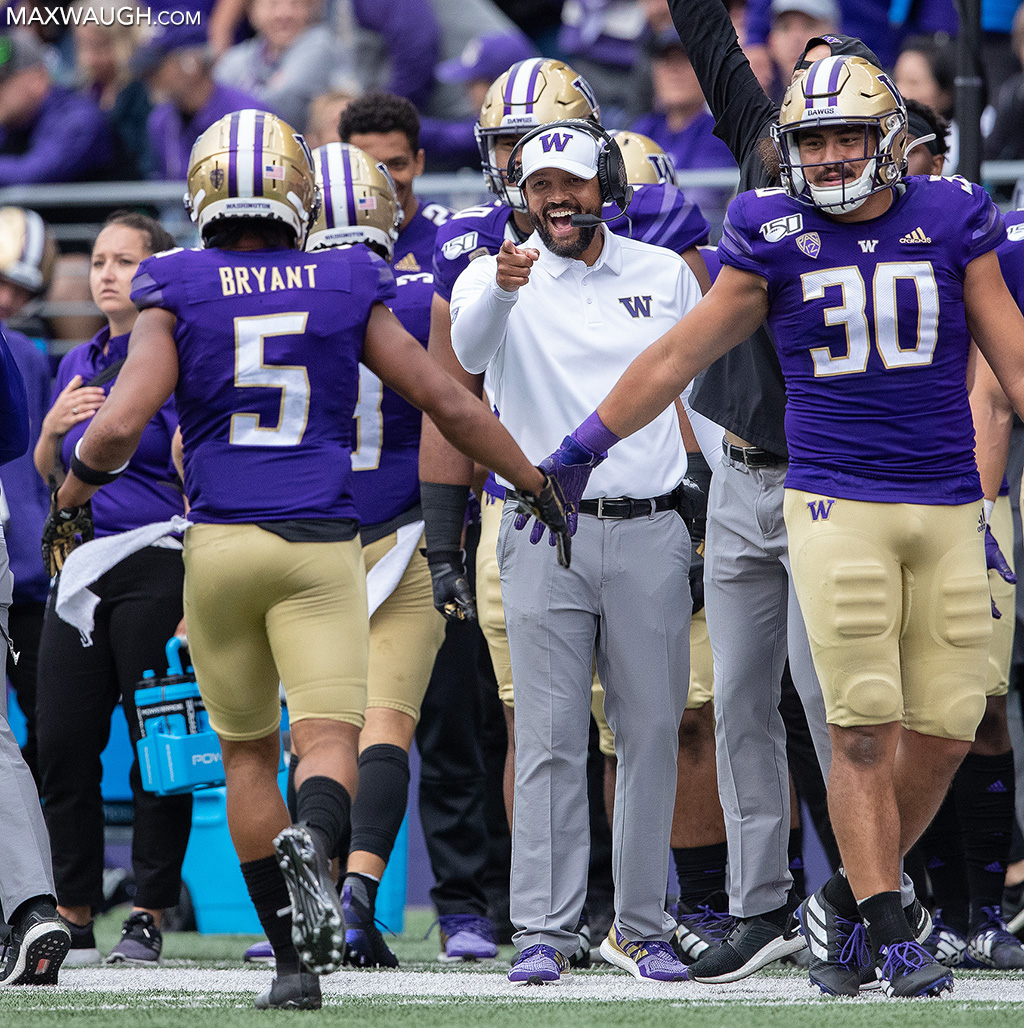 Defensive Coordinator Jimmy Lake lauds Myles Bryant. Bryant put on a show, with a sack and two interceptions on the day. 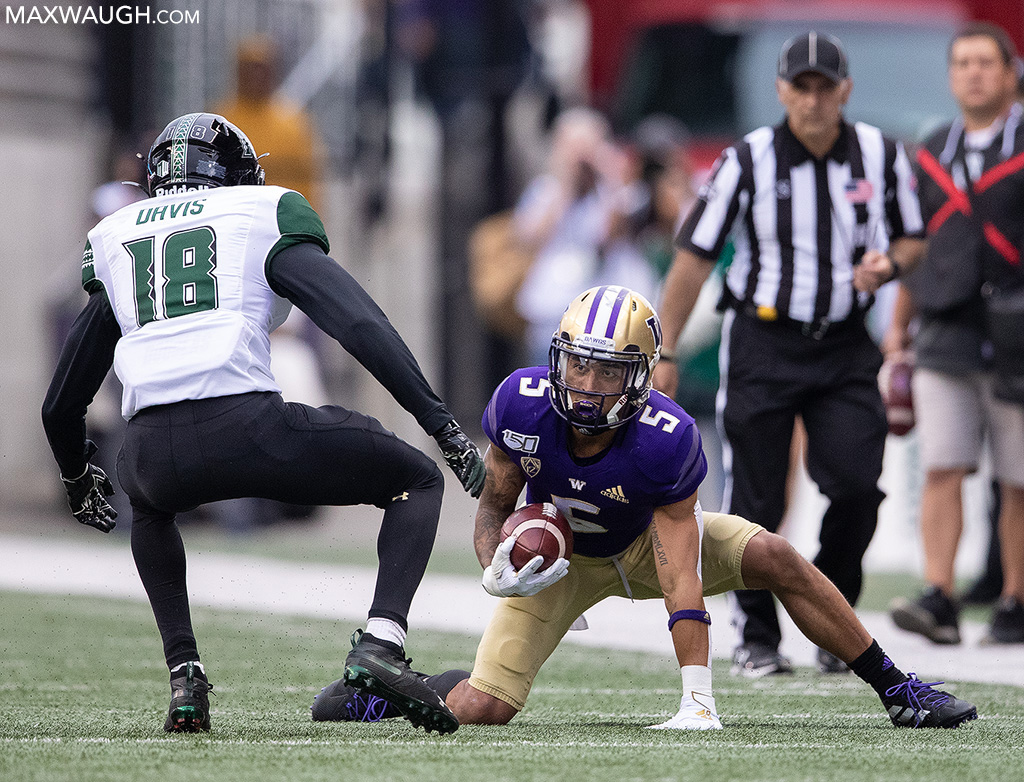 Andre Baccellia was NOT called down on this play, so he got up and gained a first down, which set up a huge Salvon Ahmed run on the next play. 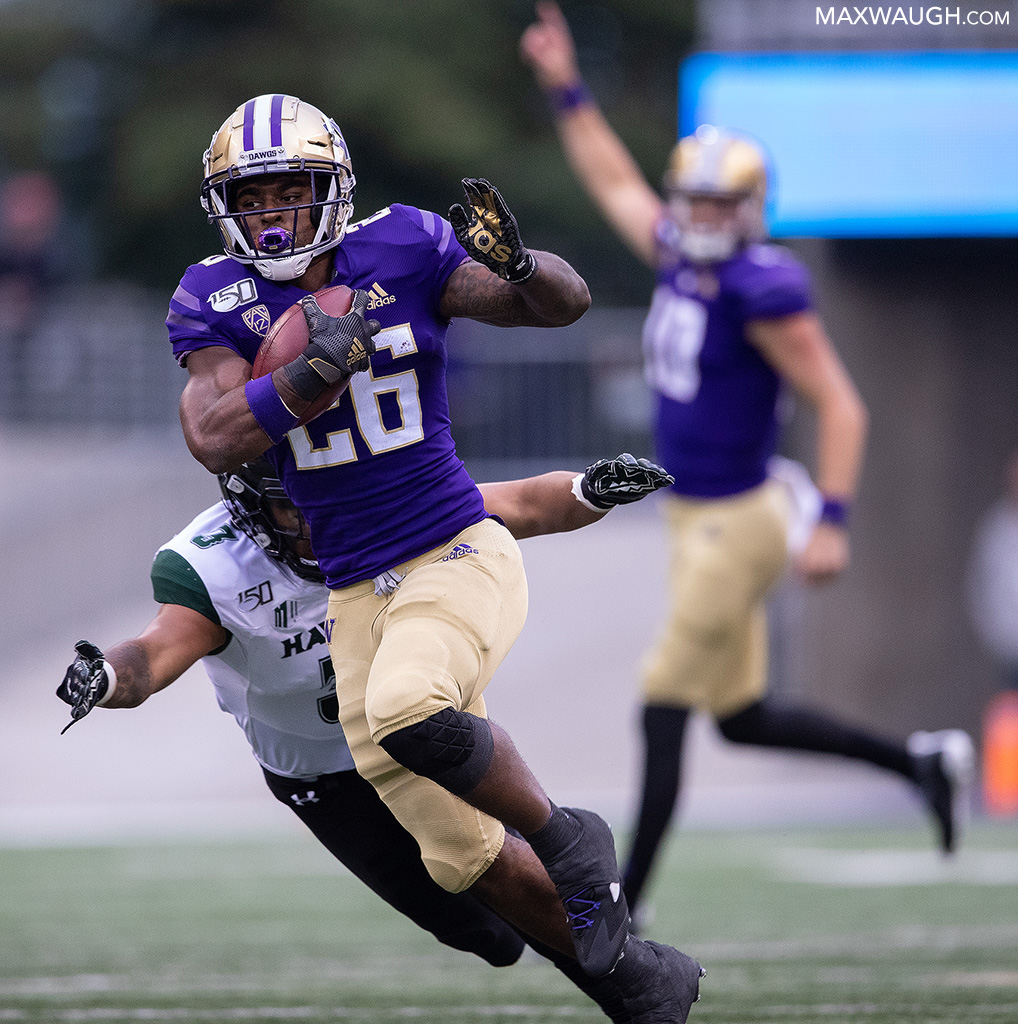 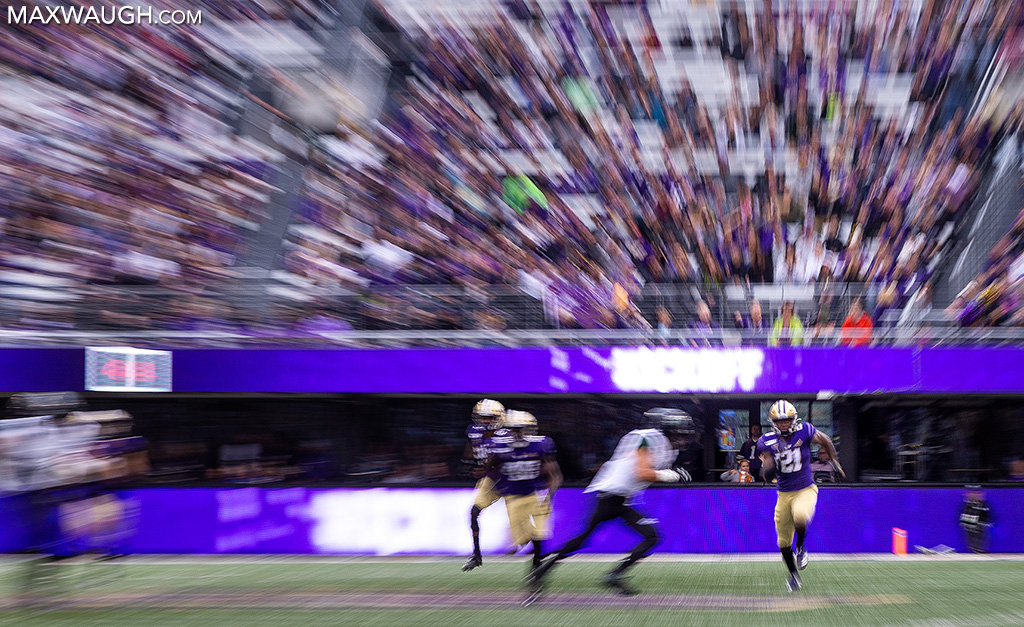 Players race down the field during a second half kickoff. 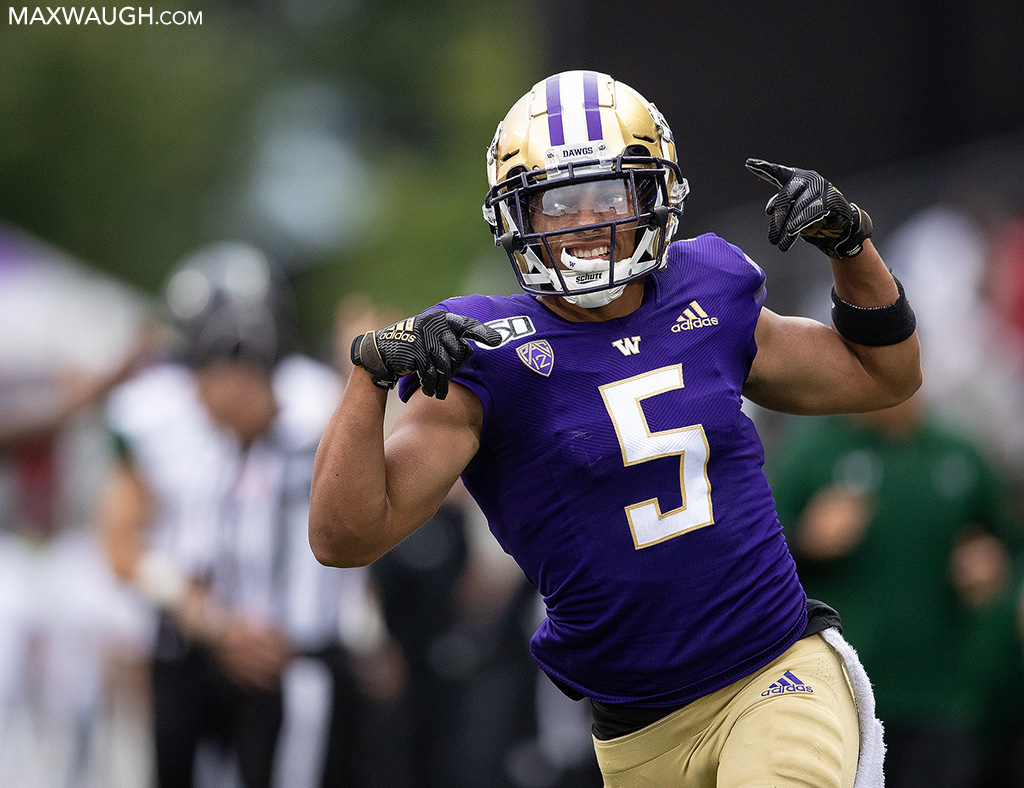 Myles Bryant celebrates after his second interception of the day. 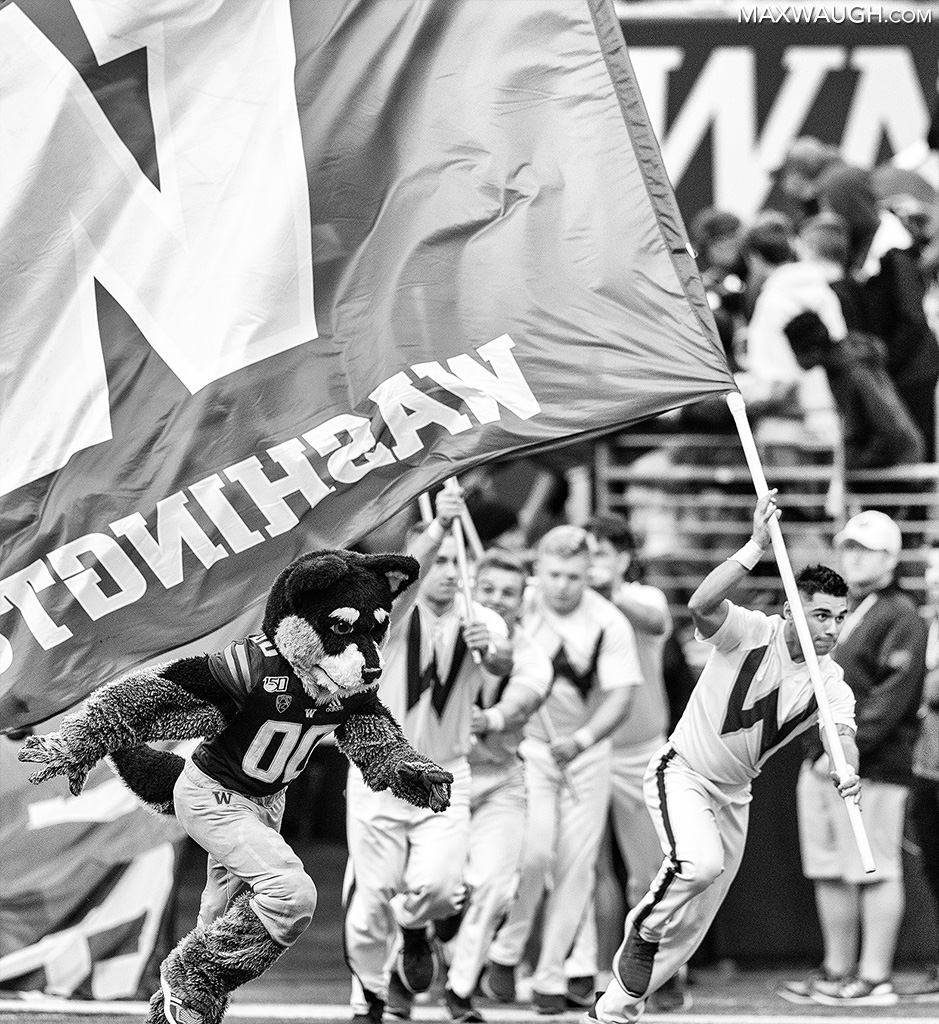 Harry and the cheer squad lead the Huskies out in the second half. 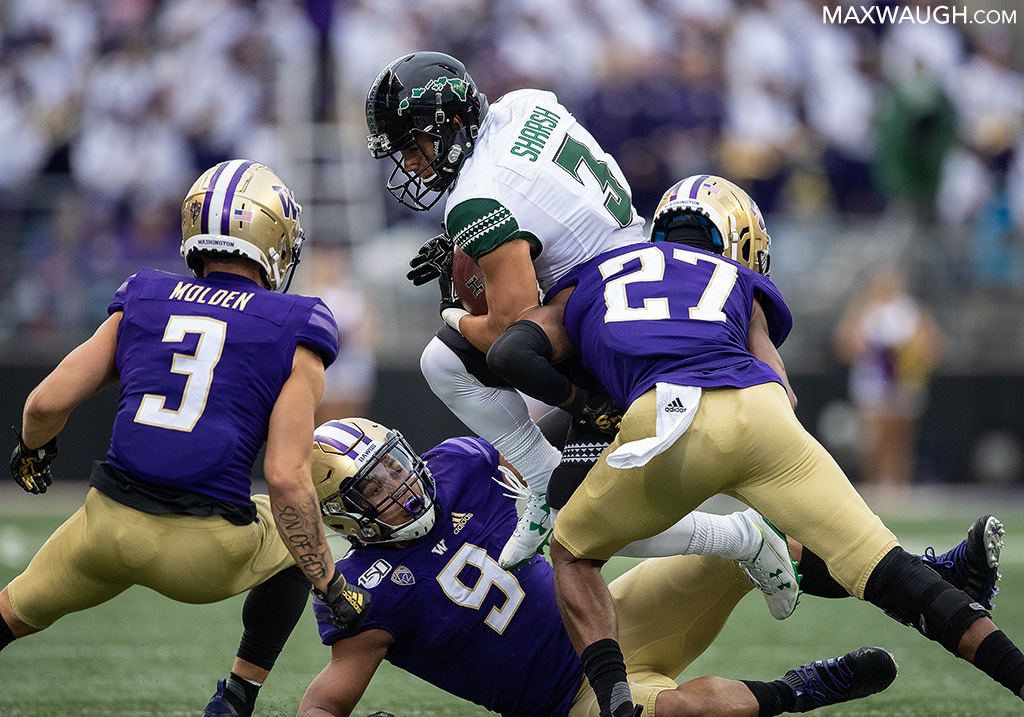 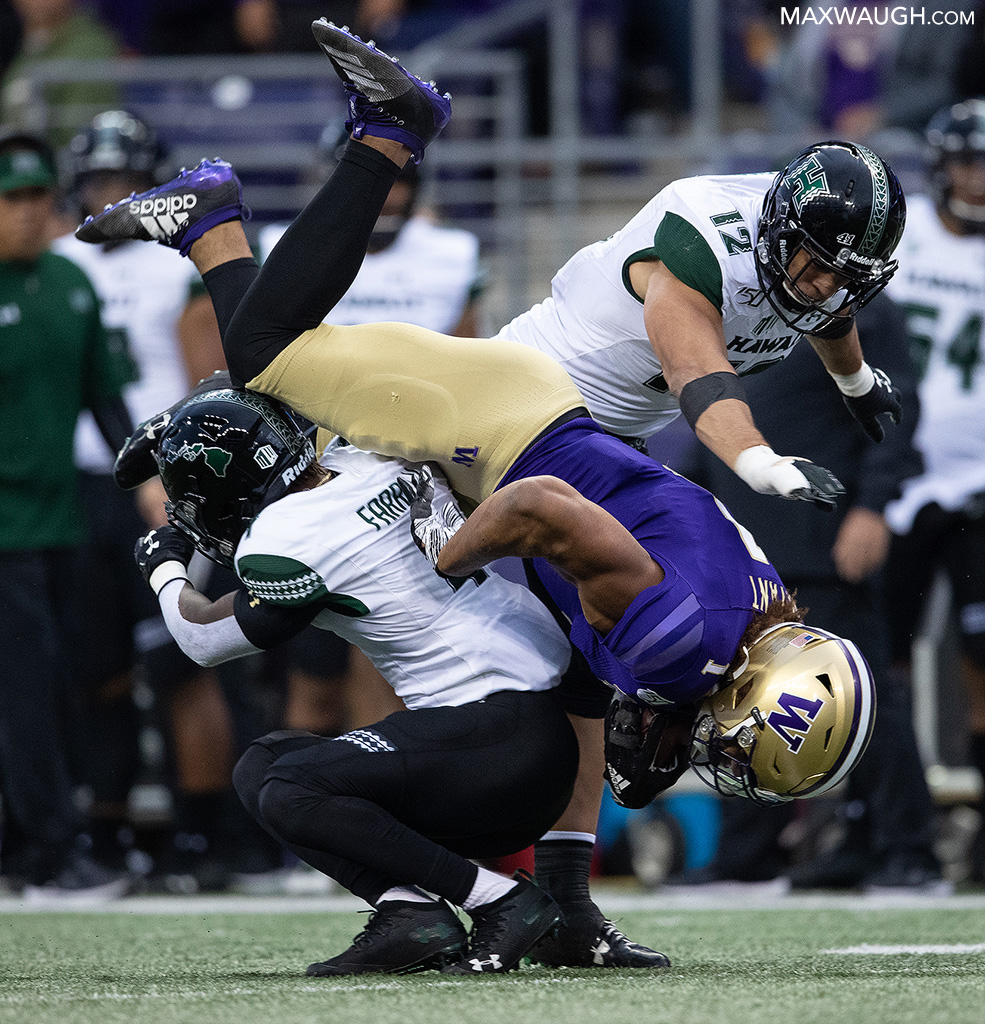 Hunter Bryant gets upended after a first down gain. 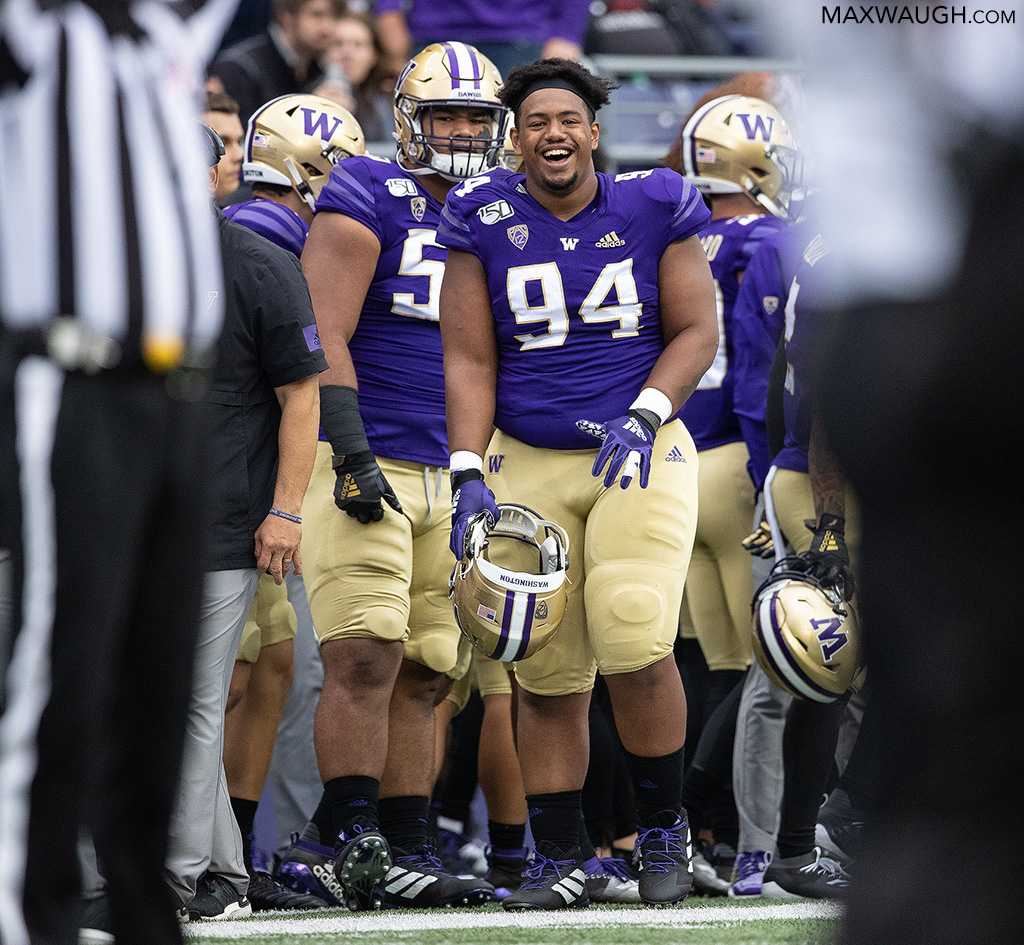 Hunter Bryant was the offensive star of the day, gaining 115 yards and a touchdown. 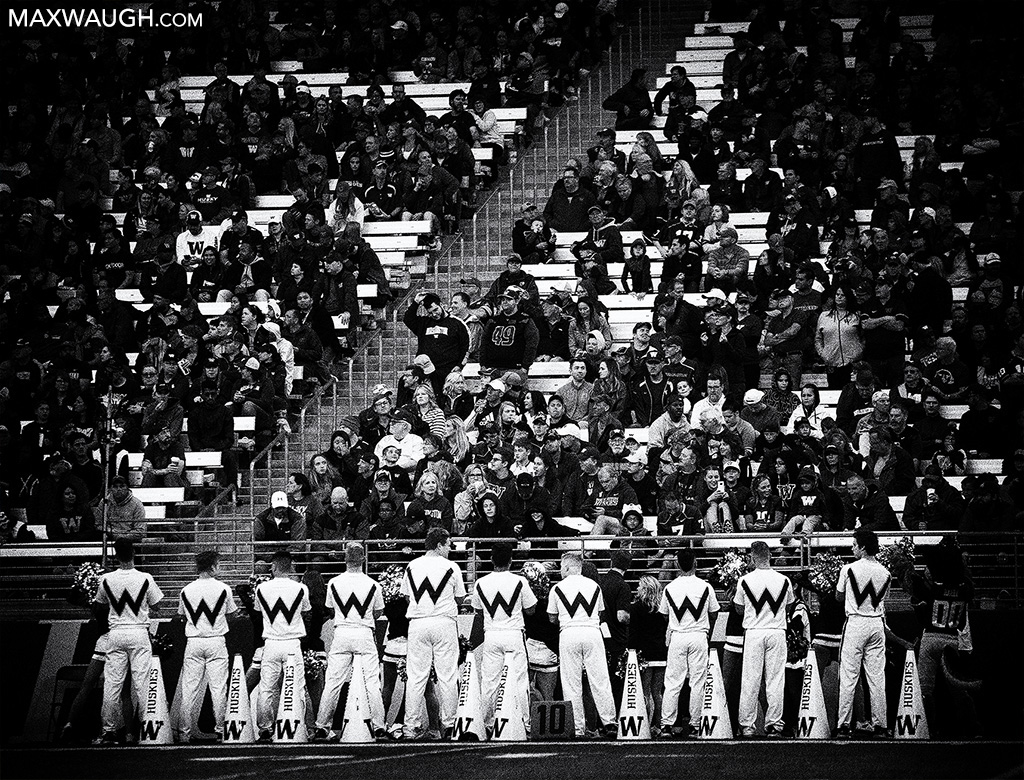 The Husky cheer squad performs for the fans.

See a few more images in the photo archive.