This report is going to be short… but sweet.

Today was my last free day before packing up to go fetch tour clients. I intended to spend only a half day in the park, and that’s all I got. But that’s okay. I didn’t have many major goals, except maybe to check the ermine spot a bit earlier in the morning. I never quite got there…

It was mild this morning, a steady 23-25 most of the first half of the day. The northeast was clear and dry. I was driving slowly through Round Prairie, on the lookout as usual, when chatter came across the radio.

”Did you hear about Tower?”

Intriguing. So tempting, in fact, that I skipped past the fox that was mousing in the flats near Soda Butte, and drove with purpose toward Roosevelt. It was smooth sailing the entire way, and I only began to worry when I finally saw a couple cars coming in the opposite direction. Had I missed the show?

Indeed I had. At least, the first part of it. The Wapiti Pack had been hanging out right near Tower Junction, though presumably in morning darkness. By the time I arrived, they had disappeared over the hill, and snow was falling steadily.

I had passed a couple people about a half mile back who were out checking the ground, presumably for tracks, so I opted to head back there to take a look. If you can’t get wolves, maybe a nice footprint or two will do as a consolation prize.

The tracks were in and around an area where an old carcass had been sitting undisturbed for about a week. Though the carcass was out of sight, I’d checked the spot a few times in previous days, but nary an animal could be seen. Today, things were different. Ravens flew about and a pair of Bald Eagles perched in neighboring trees. 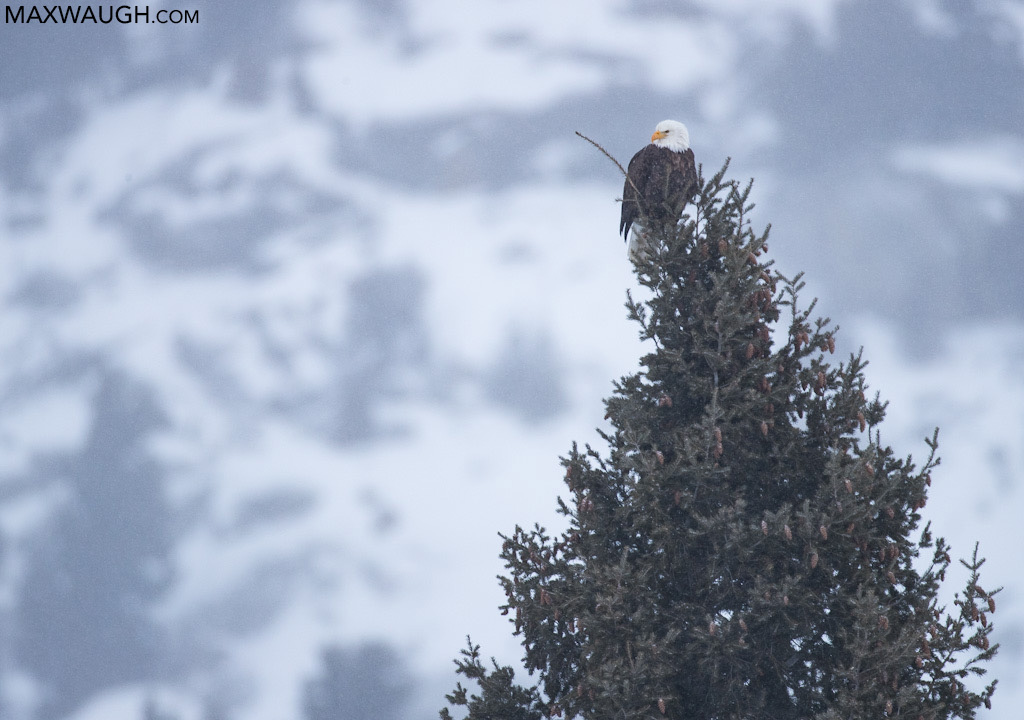 So, maybe the wolves had found it and “opened it up.”

A few familiar faces pulled up, and we were chatting about the proceedings when more cars suddenly began arriving. Then someone pointed out, “you can see them!”

Why yes, yes you could. 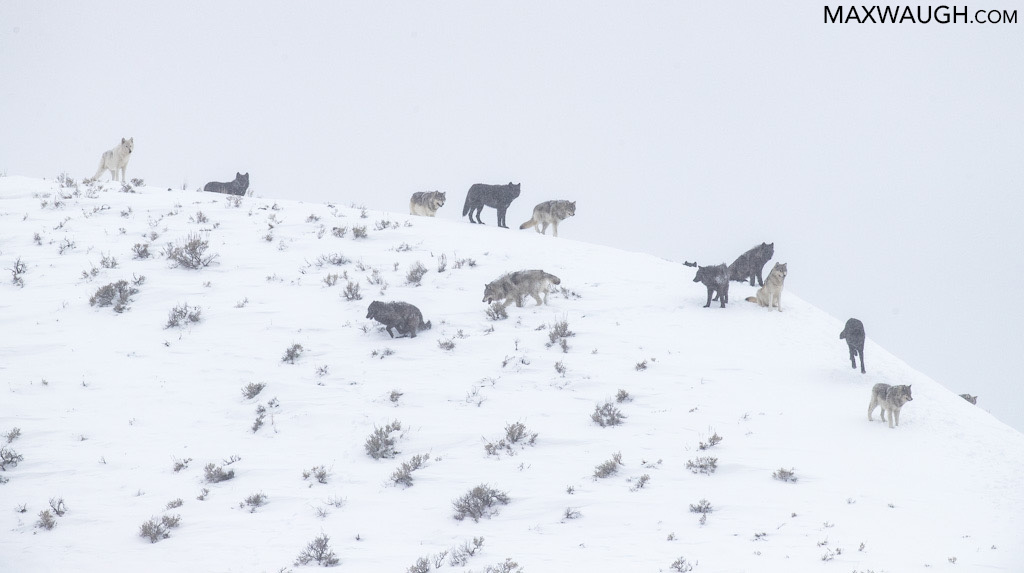 A wonderful shoot unfolded for the next couple hours. At most, we counted sixteen wolves (tied for the most I’ve ever seen together before, as we had sixteen Mollies in the Lamar during my ‘16 tour). Among them was the white alpha female, whom I had not seen since she was a young member of the Canyon Pack.

There were so many fun moments to witness—still in a snowstorm and not super close, mind you—that I had to just pick a few random shots from the 2000 I took. There’s a lot more to share from this encounter at a later date. 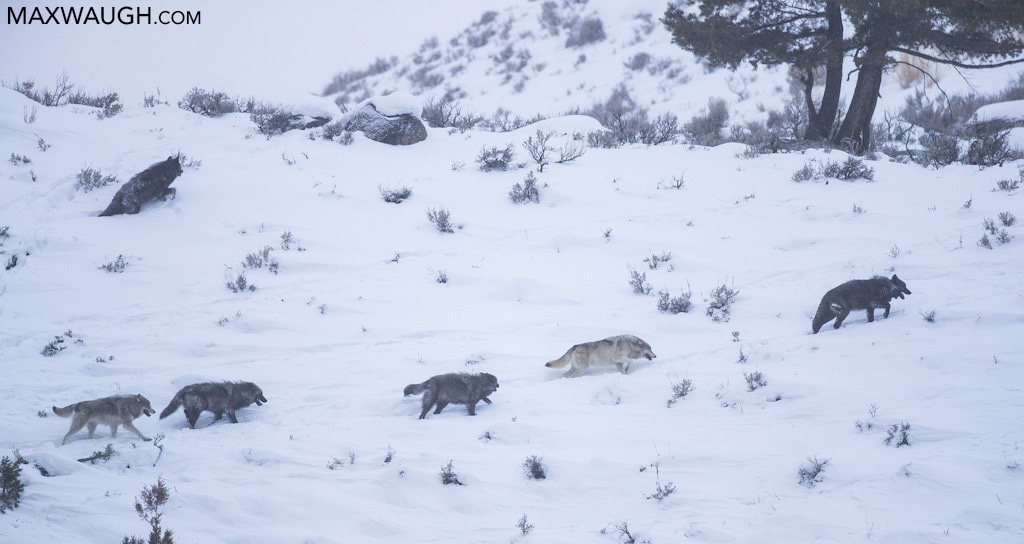 You could tell many of the wolves, likely some of the pack’s younger members, were keen on getting to the carcass across the river. But they could not get to the bridge, near which people were stationed. So they tried going down and finding a place to cross the river (sadly, they didn’t backtrack to the easiest fording spot, right beneath our viewpoint!).

The alpha female never ventured from her lofty perch atop the hill. The explorers eventually gave up and returned to the rest of the pack, and they all disappeared back over the hill.

I was hoping to get back into the park in the afternoon to check on the badger and the wolves, but got waylaid by business. So this will have to do when it comes to my solo exploration. By tomorrow night I’ll be in West Yellowstone with clients, and then we’ll start exploring the park interior on Sunday.