In the last few months I’ve had a number of shorter excursions (sandwiched around a longer one to Yellowstone), each of which yielded a few photos. Since there’s not a lot of new content from these trips, I decided to post about each of them here.

Back in November, I was invited to take part in the international photo exhibition in Sanmenxia, China. This was my first visit to the Chinese mainland since 2003. Unfortunately, I didn’t have much time to spend there… I was only on the ground for three days. I knew that I wouldn’t be exploring the area for wildlife in that short period, so I left my gear at home. Instead, I used it as an excuse to get to know a different camera system, so I borrowed my father’s Nikon camera and a basic zoom lens.

In the China 2019 gallery you’ll find just a few photos taken during our local cultural excursions in and around Sanmenxia. A short preview is below. 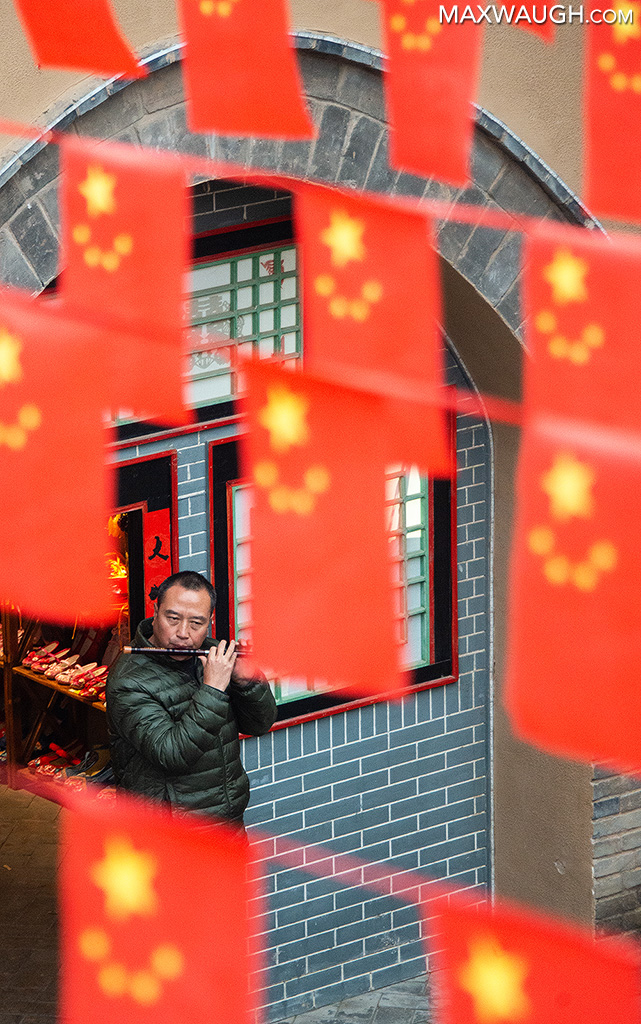 A shop keeper tests a flute in front of his store front in the Sanmenxia pit yards. 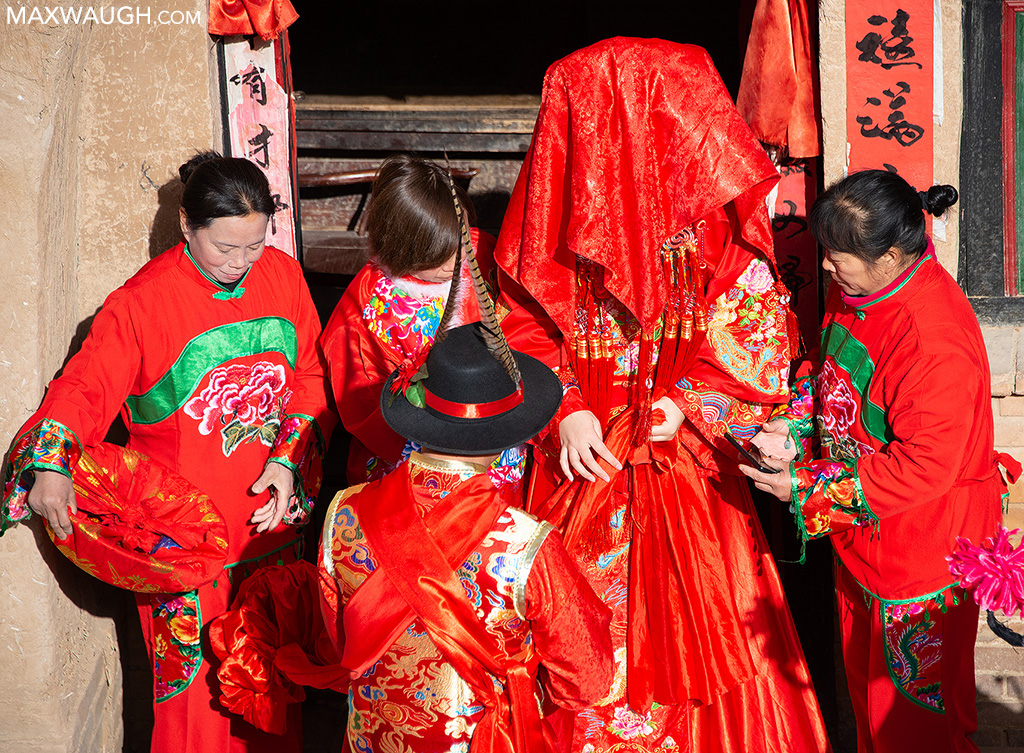 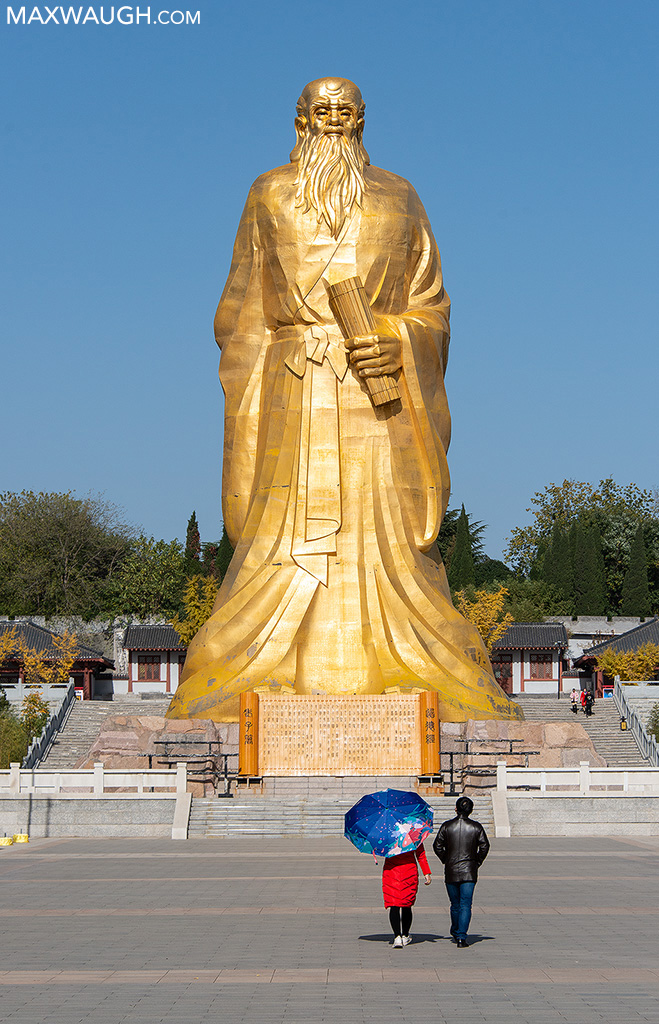 A giant golden statue of Lao Tzu (Laozi) greets visitors to Hangu Pass. This is the place the philosopher is thought to have written his seminal work on Taoism.

In early February I headed to Manitoba—wait, Manitoba?!—for another three day trip. There really was a good reason to visit this large-but-somewhat-obscure province. Located in central Canada, most folks outside of Canada don’t know much about this area, made up largely of farmland and prairie in the areas we were visiting. But nestled in the midst of the vast, flat snowy landscape was a pocket of wilderness that is pretty special: Riding Mountain National Park. The reason for visiting Riding Mountain? Lynx!

The Canada lynx has been at the very top of my animal wish list for some time, and some friends and I finally planned a trip to try and find one. Three days really wasn’t enough time. We figured our chance of a sighting was maybe 30% (actually pretty good, given the elusive subject). Photo ops? Who knows.

As it turns out, two of our three days were extremely quiet. The coldest day (-39C/-38F!) was actually our best. We had some decent bird activity (displaying Spruce Grouse, a new species for me, and a Great Gray Owl), and we actually saw five lynx. I actually found the first one while tracking it in the snow… almost stumbling on this young cat is one of the great thrills I’ve experienced in the field. Sadly, while it was fairly tolerant of us, it picked a semi-obscured location for it’s late morning nap, so we never got great photos. Still, I have proof I saw one.

See the small Manitoba 2020 gallery here. A few preview images are below. 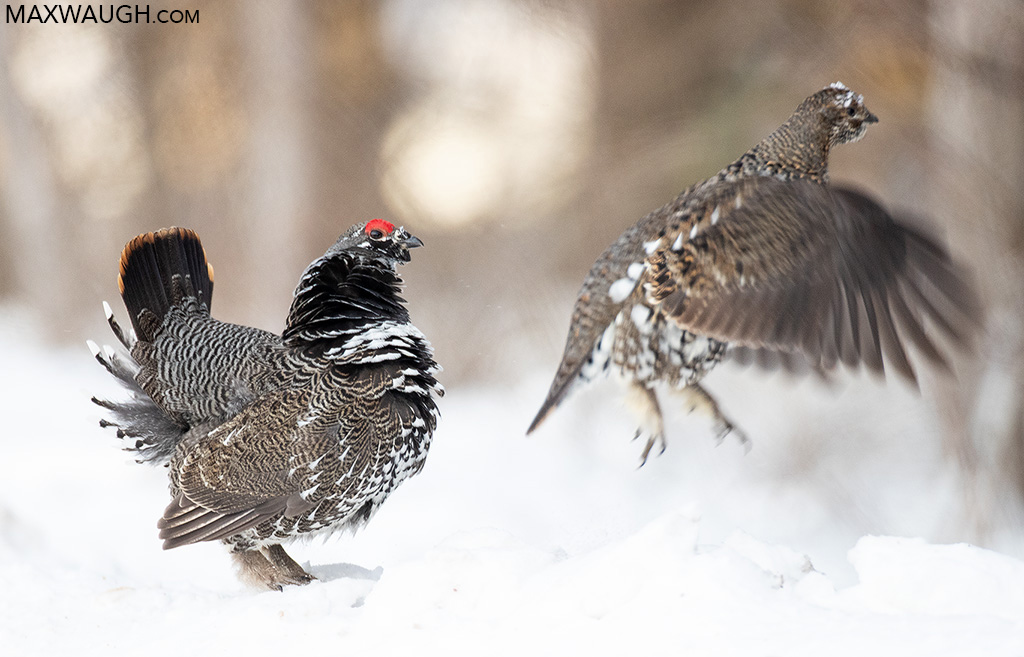 This was my first time seeing Spruce Grouse. We were fortunate to watch a male courting a couple of hens near the road during a -39C morning. 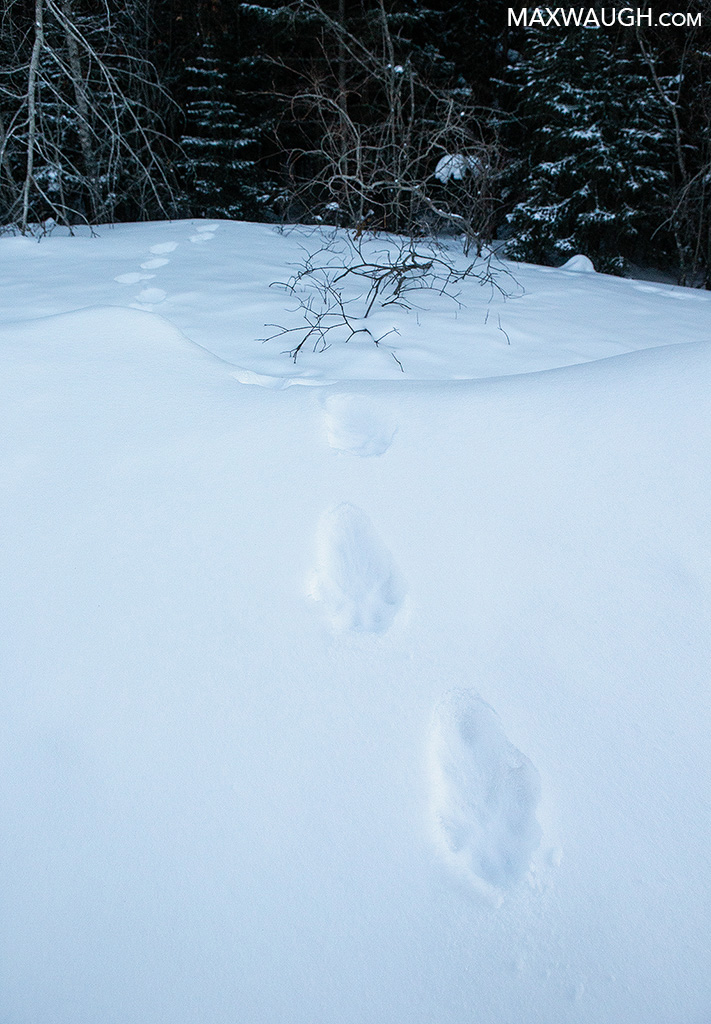 One of the best ways to find lynx is by spotting fresh tracks. In most cases, the cats were long gone when we came across their trails, but in one instance I did find a cat by following these footprints! 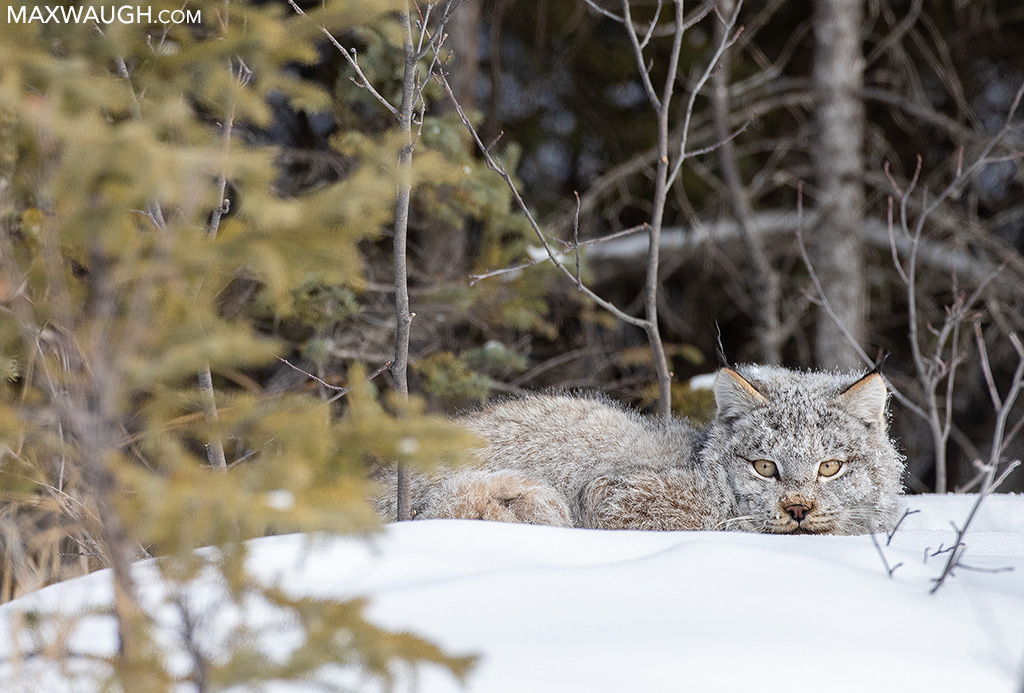 What a thrill to track and find my first Canada lynx on foot. Unfortunately, it never posed for us completely in the open. After resting for a while, it moved off into the thicker vegetation. 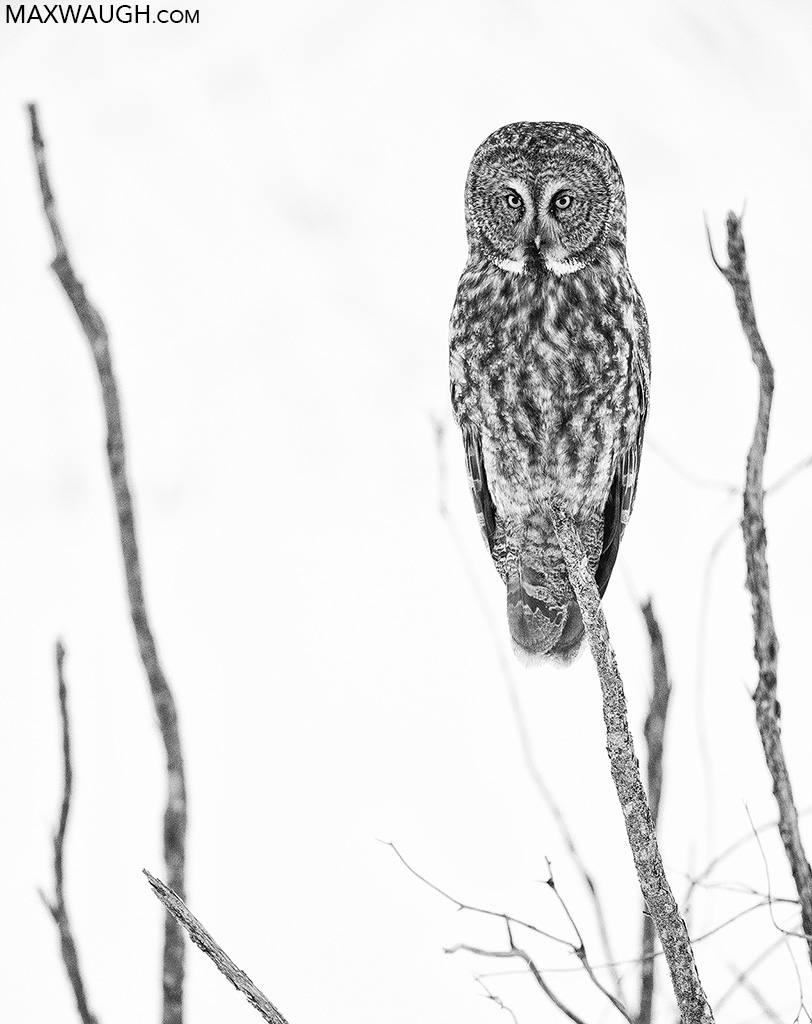 A nice bonus for us one evening was photographing this Great Gray Owl one evening on our way back to town.

Each year I create a Pacific Northwest photo gallery in the archive that combines images from my local jaunts. The first such adventure this year occurred down in southern Oregon, where I was invited to participate in the 41st annual Winter Wings Festival. This was a new experience for me, not only exploring the Lower Klamath Basin as a photographer for the first time, but also giving my first talk and leading a couple of field trips for larger groups.

It was a blast, but due to the amount of work I had to put in in preparation for (and during) the festival activities, I actually took relatively few pictures. I did make it down a couple days early to scout things out, but in general I was more focused on getting a lay of the land, and then looking after my guests during the field trips, so the cameras didn’t get much use. But yeah, I took some photos, and was happy to have some nice encounters with various avian species during what ended up being some nice days weather-wise.

See the full collection of images from the Oregon trip in the photo gallery. A short preview is below. 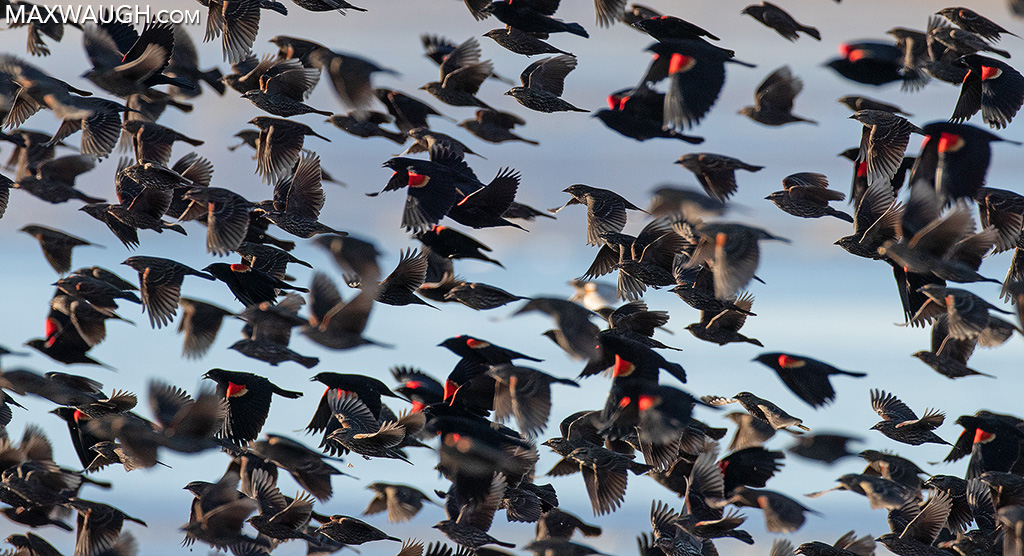 Can you spot the anomaly among this flock of Red-winged Blackbirds? In the back you’ll see a leucistic individual, mostly white and cream colored except for the red spots on the wings. 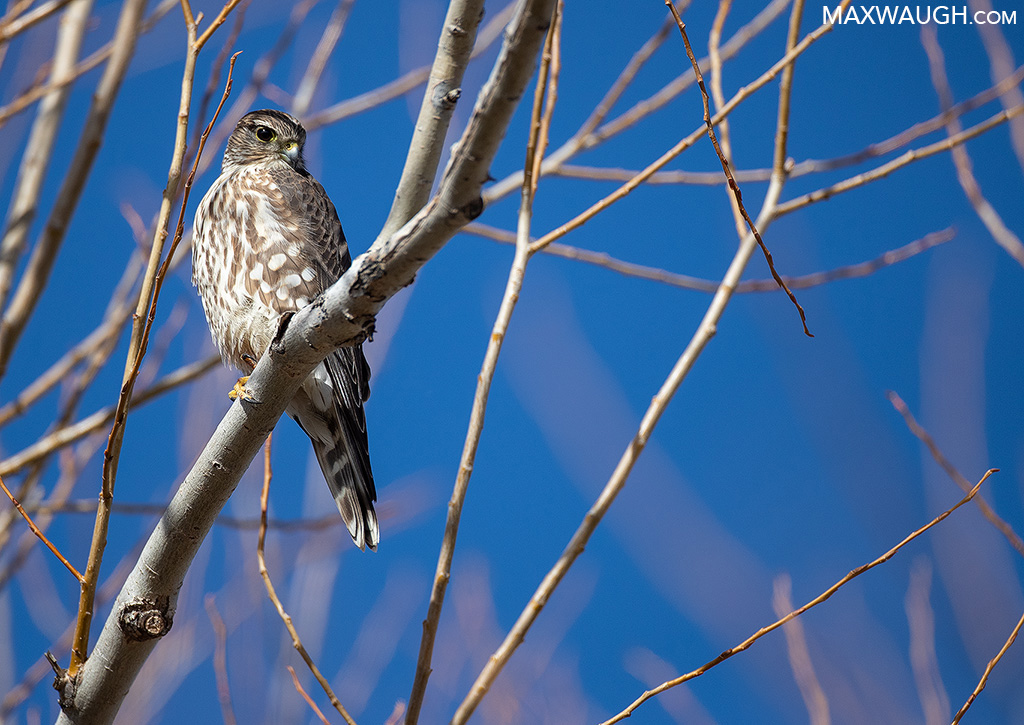 Probably my best photo op with the elusive Merlin to date.

This is a species I’m used to seeing in Latin America.

I typically haven’t had many opportunities to photograph large flocks of Snow Geese at close range. It was nice to get a couple of closer photo opportunities. 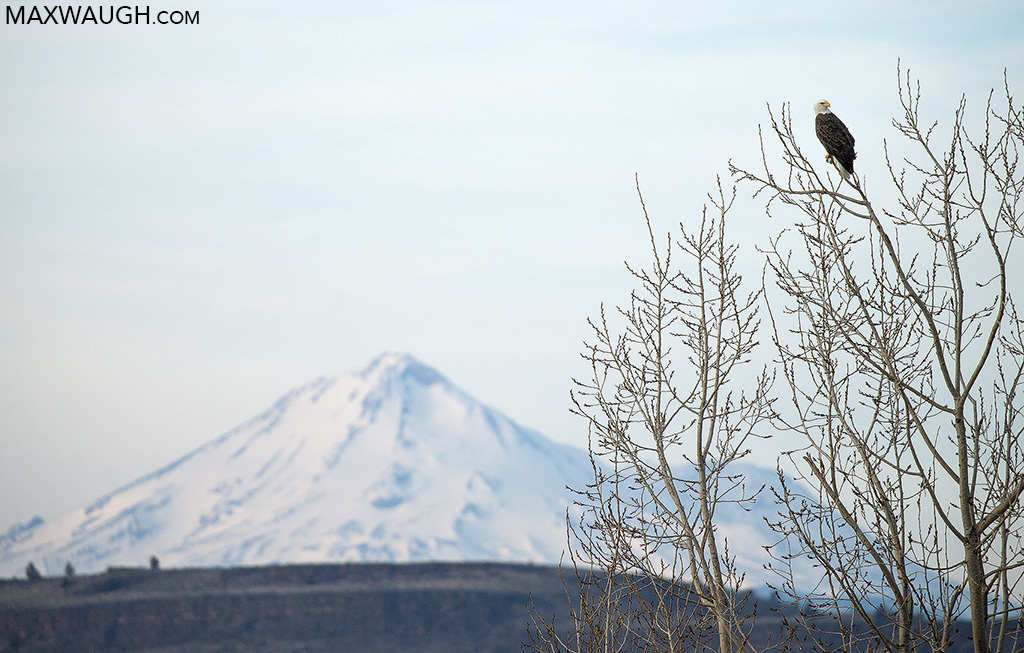 Stay tuned to my Instagram and Facebook feeds for more updates and new photos, often posted live from the road!