Progress! I’ve completed another batch of older images, and have added them to the photo archive. This past week I went back and reprocessed images from my 2003 and 2004 summer trips to Yellowstone. There’s a lot of nostalgia connected to these trips. Both were taken with friends, so I have a lot of fond memories.

I was also starting to come into my own as a wildlife photographer (though looking at most of these photos now, you may not know it). The 2003 trip marked my first time shooting digital in the park, but I was still using film occasionally. A few of the shots taken on slide film have made it into this new gallery (which combines photos from the two trips, since there were relatively few keepers). When I get in front of a decent slide scanner down the road, I hope to add a few more photos.

These trips were in the summer, since these were the days when I “didn’t know any better,” and kept missing out on the wonders of spring, but they still provided some indelible moments, from my first otter sighting—which remains one of my best to date—to an incredible July 4th sunset on the Madison (which I wrote about in the blog a few years ago!). The first photo I ever licensed was taken during this time as well.

See the full gallery of 2003-04 Yellowstone images in the archive. A short preview is below. 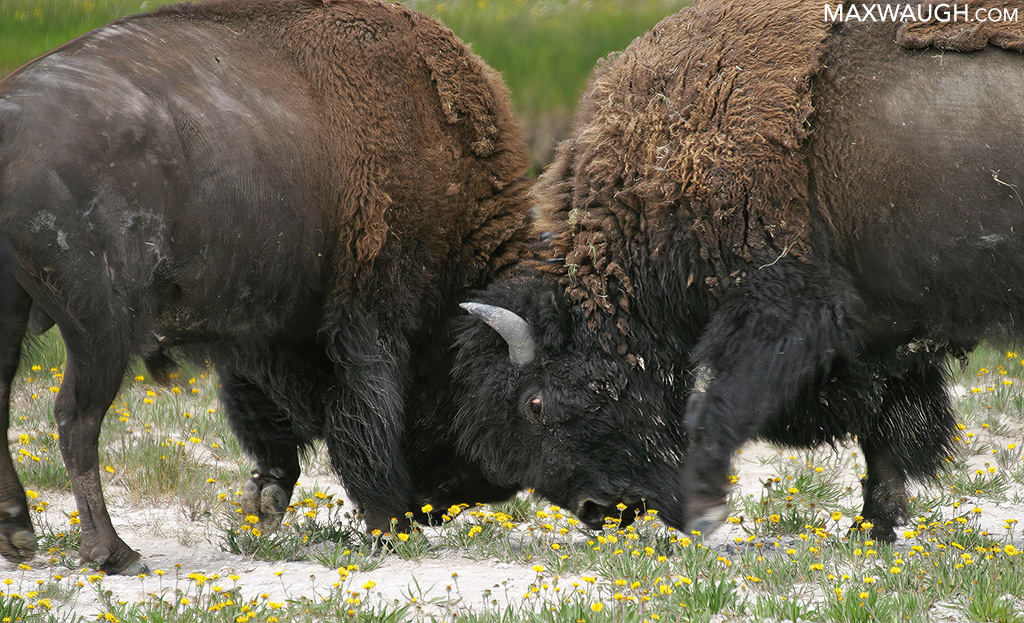 American bison butt heads. This was the first photo I ever licensed, for the Tekakwitha Woods Forest Preserve in Illinois. 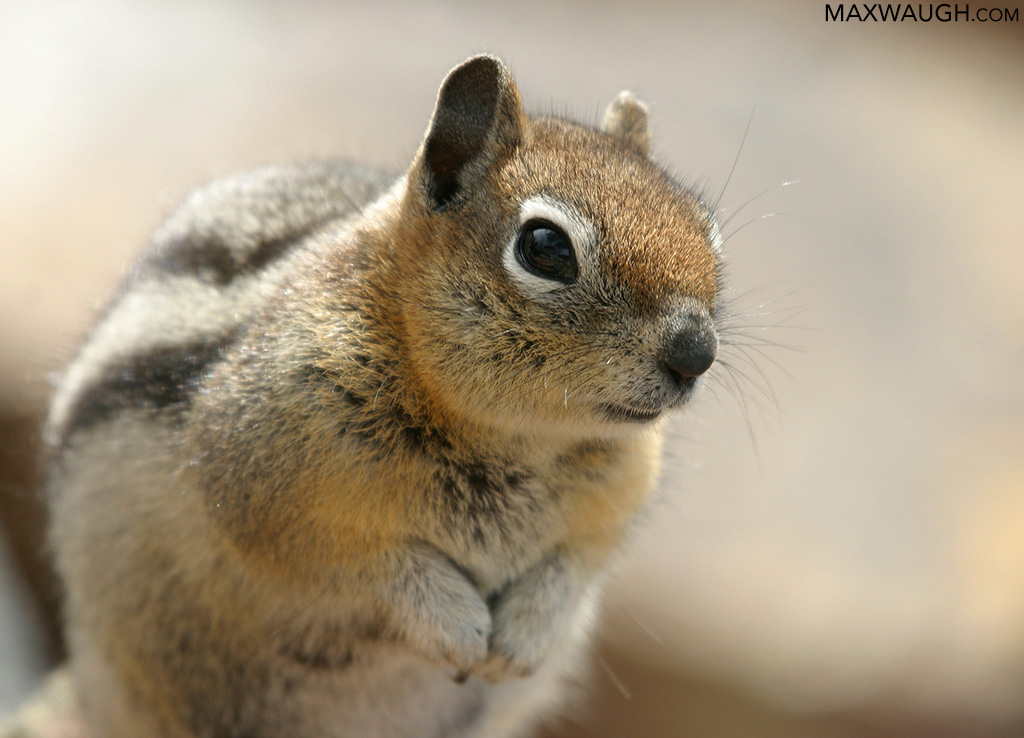 Often mistaken for chipmunks, Golden-mantled ground squirrels are a common sight in Yellowstone. This one was photographed at the summit of Mt. Washburn. 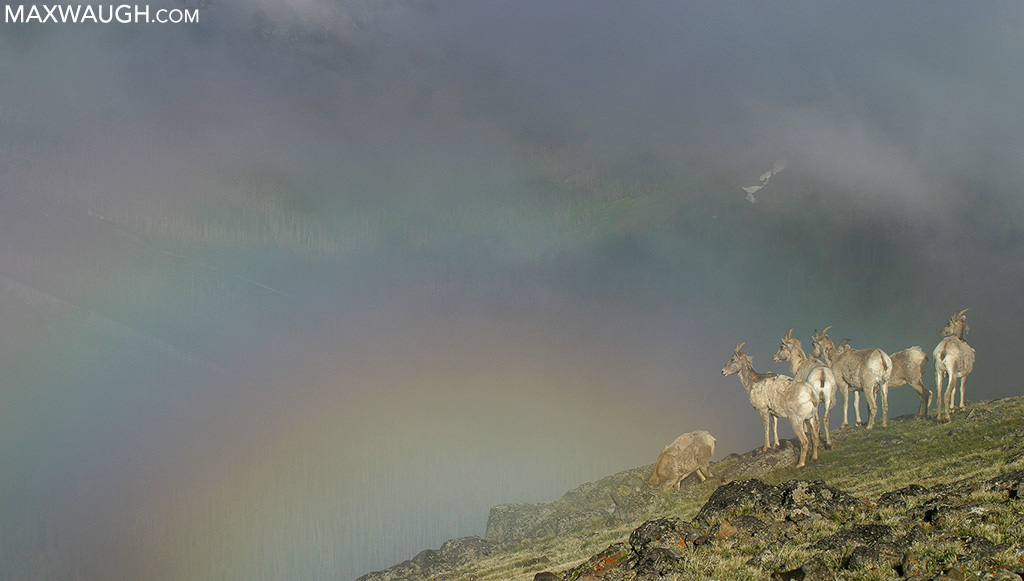 I used to enjoy being the first person up at the top of Mt. Washburn so we could see the bighorn sheep up there. 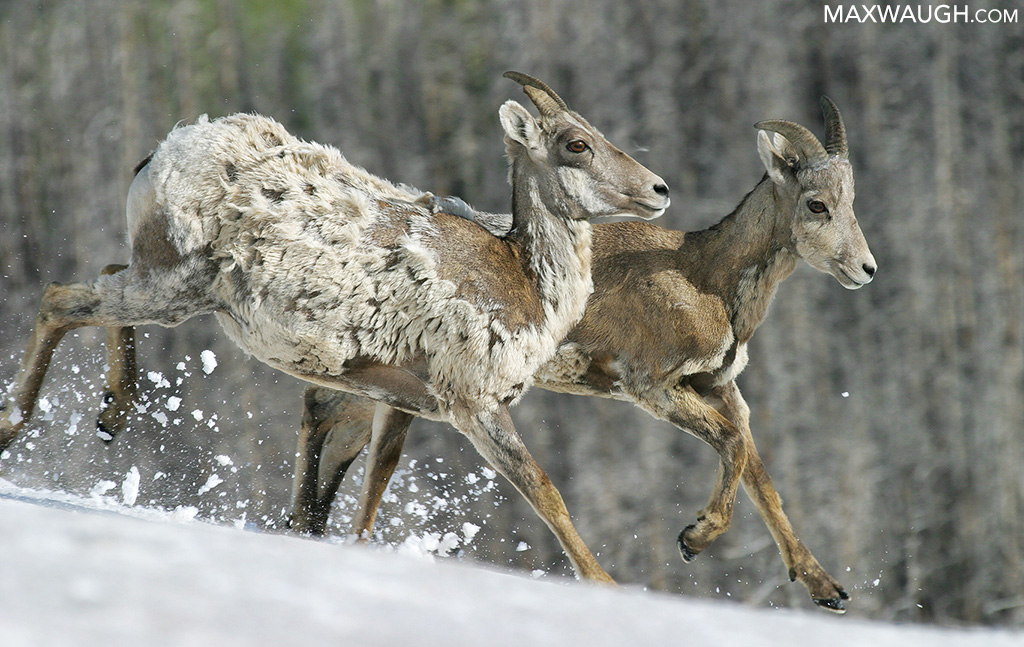 In 2004, we found this pair frolicking through the snow below the summit. 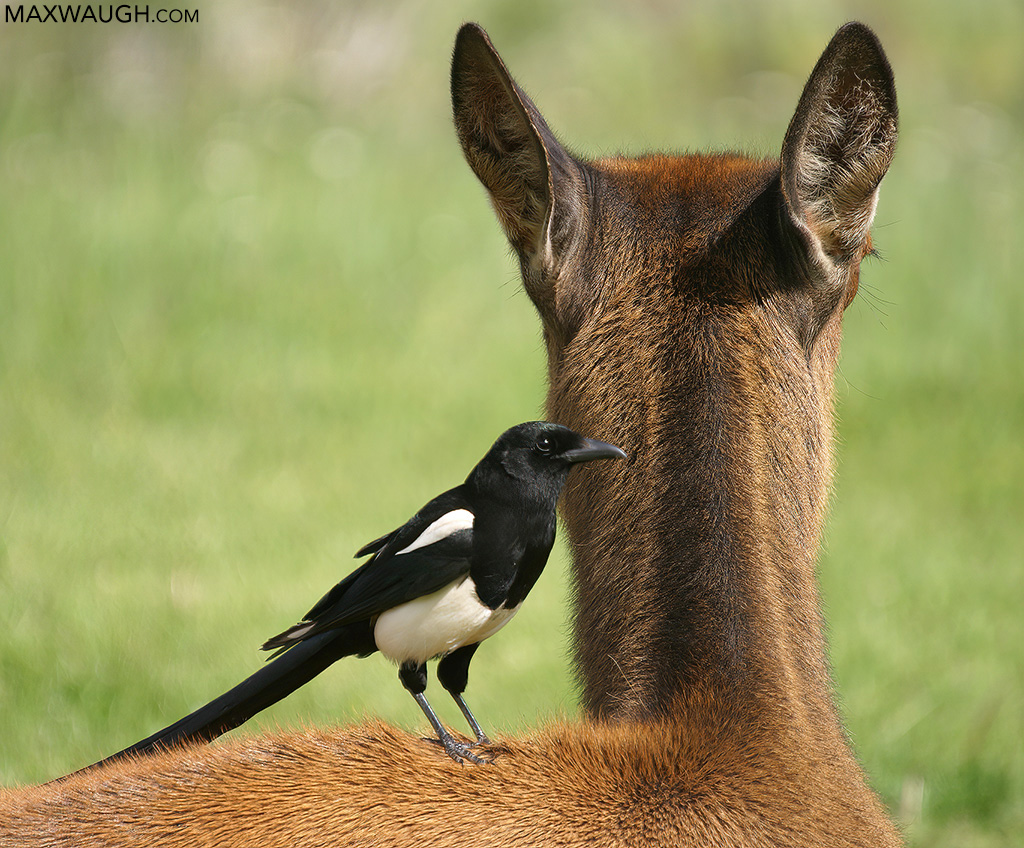 The Black-billed Magpie is a common species in Yellowstone, but difficult to photograph at times because they can be quite shy. I went fifteen years after this sighting before having another memorable photo op. 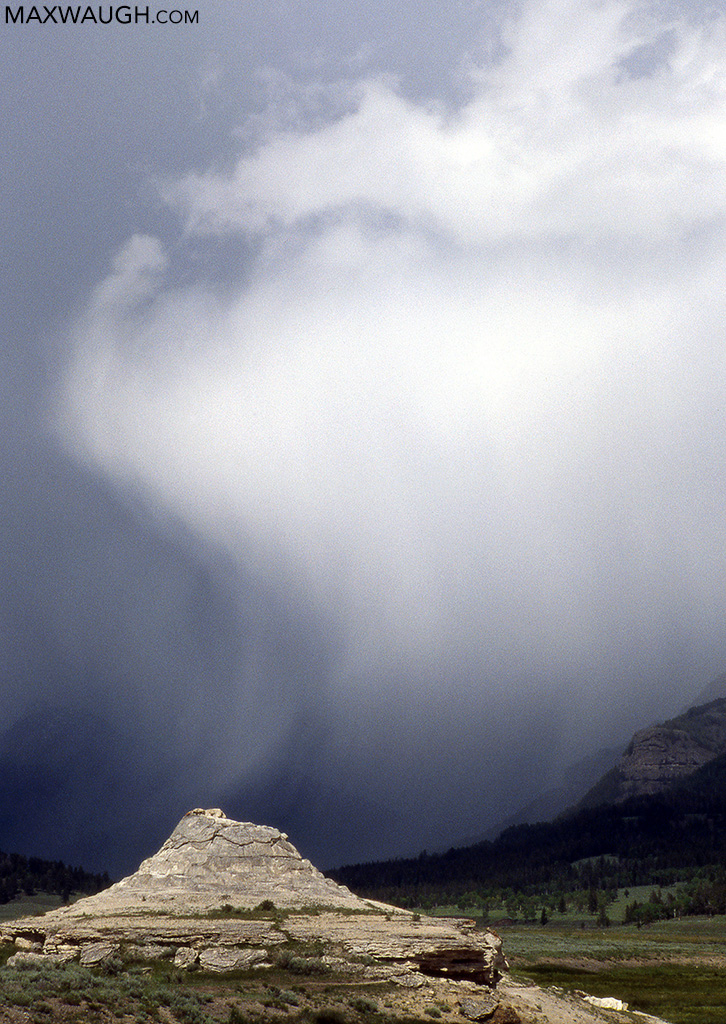 A thunderstorm passes just beyond the Lamar Valley and Soda Butte cone. Shot on slide film. 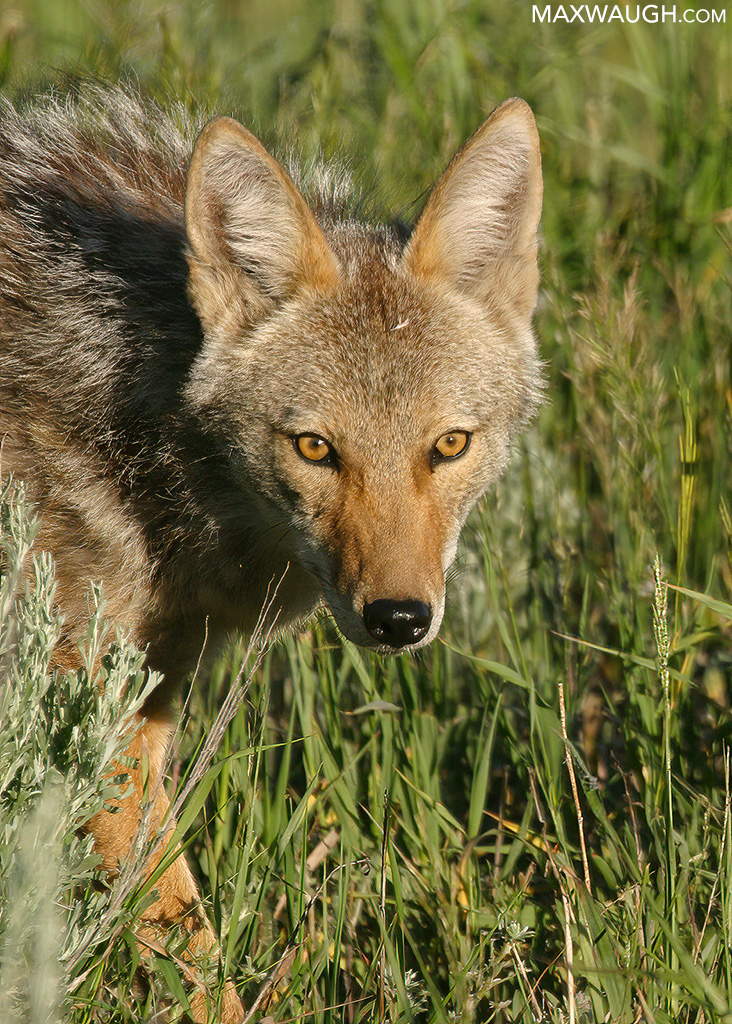 This coyote was hunting on a bright morning in the Lamar Valley. 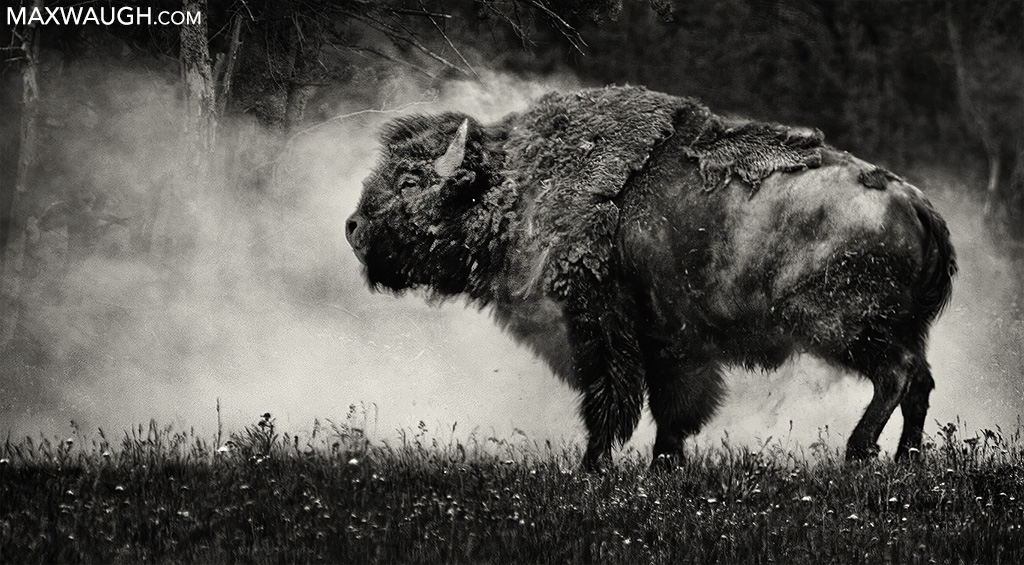 Though this image was a bit soft, it was fun converting it to black and white… definitely a bit of an artistic presentation! 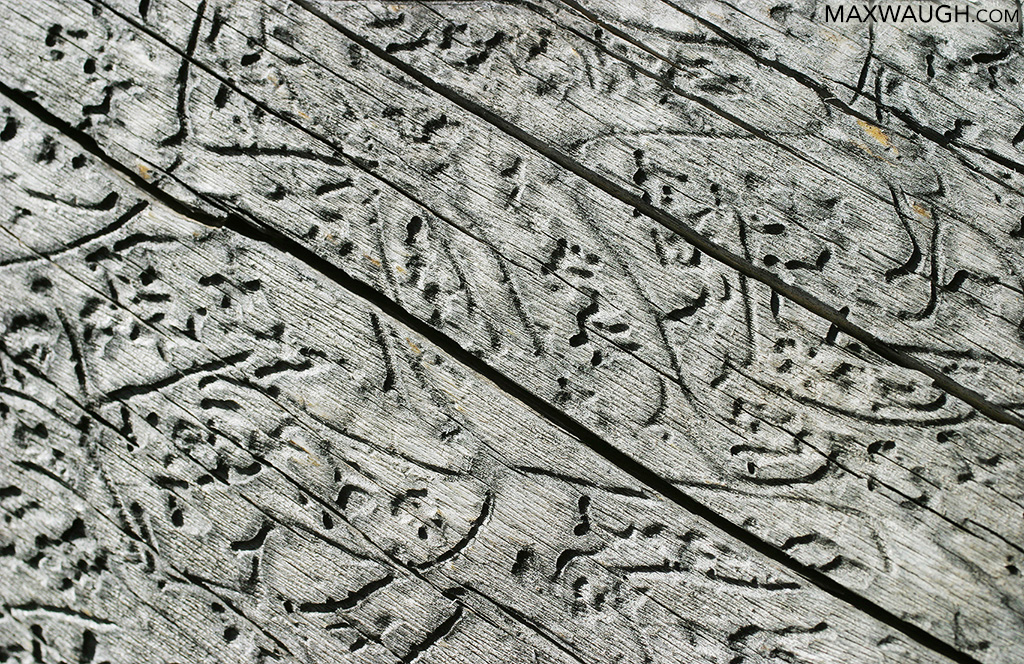 Tracks and tunnels, presumably left by beetles, mark the bare wood of a fallen tree. 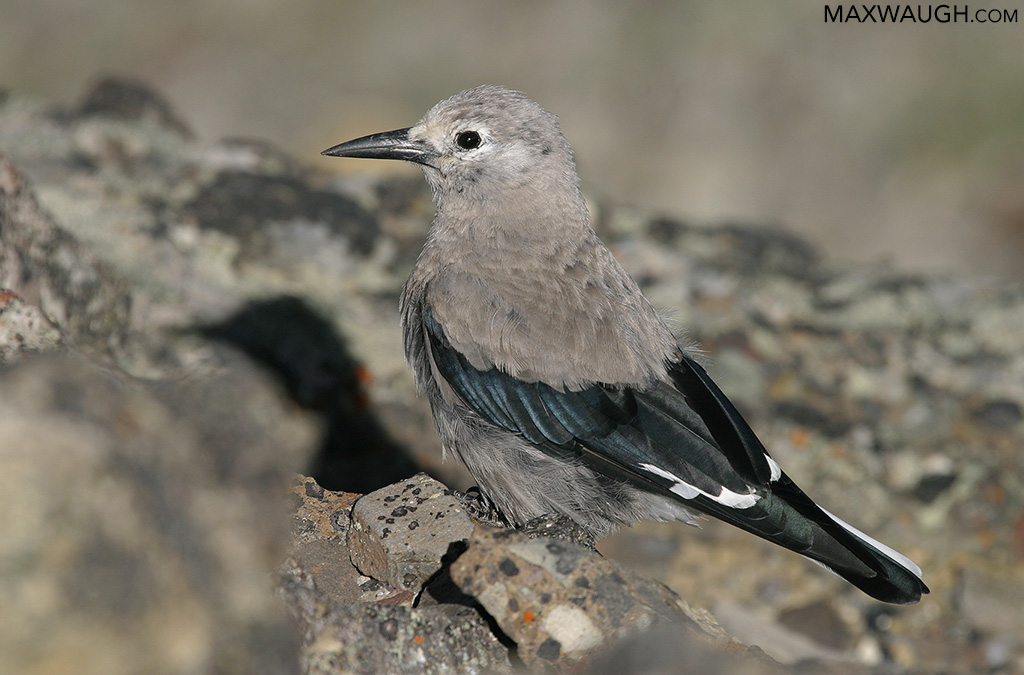 A Clark’s Nutcracker on the slopes of Mt. Washburn. 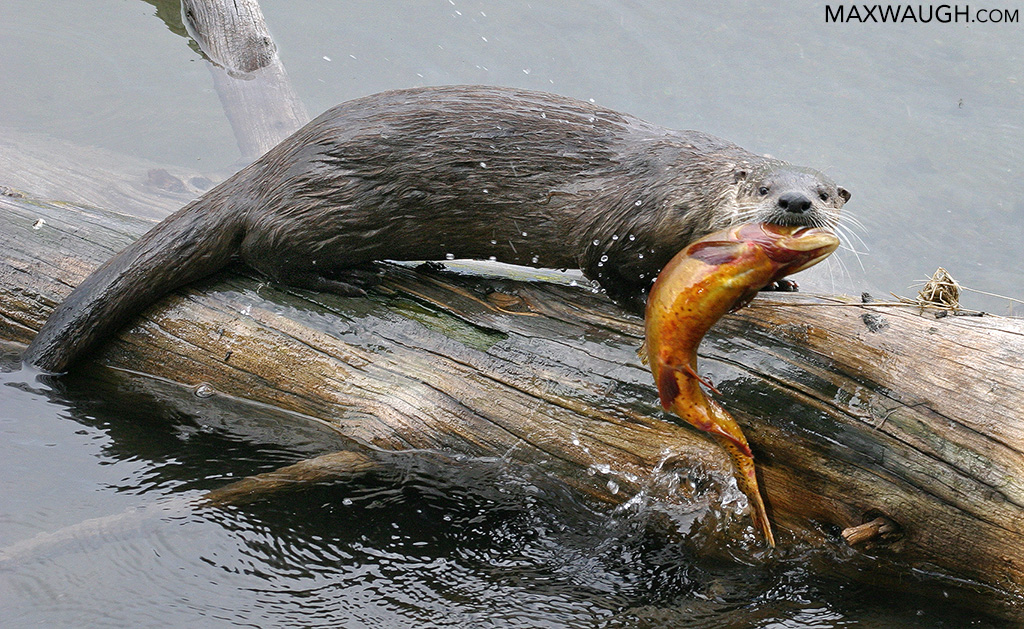 My first ever wild otter sighting was a pretty good one, as this otter brought a large cutthroat trout over to the bank below us and feasted. 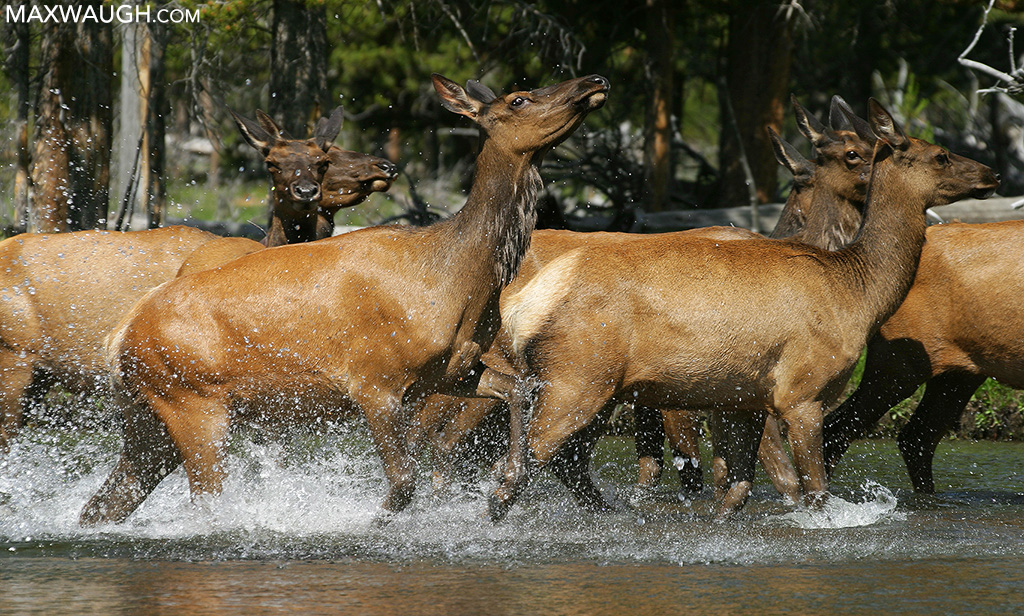 Elk splash through the Firehole River. 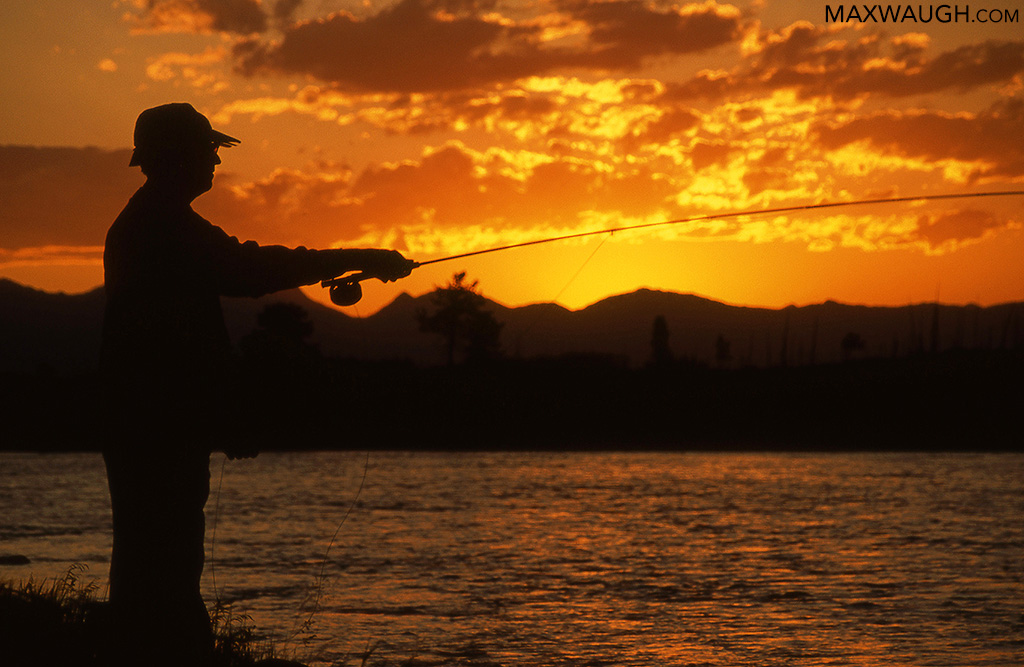 A fisherman casts into the Madison River on the Fourth of July, 2003. Shot on slide film.

View the full Yellowstone 2003 – 2004 gallery. And remember that you can purchase prints of most of these images!