I’ve resurrected another old photo collection for the archive. Recently I’ve had Africa on my mind, as I was originally supposed to be wrapping up my latest South Africa trip right about now. So I set out to tackle one of the older collections that originally appeared on my old website. As I’ve been doing with other older images I’ve recently added from Yellowstone and the Pacific Northwest, I culled some of the photos I’d been holding onto for no good reason (with more experience, I’m a bit more critical about the quality of my past work), then I renamed and keyworded the remaining photos to bring them up to date with my current workflow, and then reprocessed photos, or in some cases processed images for the first time.

As a result, I’ve uploaded the Rwanda 2007 Wildlife & Scenery gallery. That’s the link to the full gallery. You can see some preview images below.

This was my very first Africa trip, by the way. At the time, we had no idea if we’d ever make it back to Africa, so we wanted to make the most of our first experience. Rwanda was first, followed by Tanzania. The main goal for most people when they visit Rwanda is to see wild mountain gorillas, and such was the case for us. At the time, the gorilla population was well under 1000 individuals (it has been climbing since then), and this species does not survive in captivity, unlike its lowland cousins. So it’s a very rare and special experience to see them up close.

What surprised us was the beauty of the country and friendliness of the people. I ended up taking some “cultural” shots on this trip as well, and I’ll be combining those with similar images from Tanzania later. So this gallery is all about the wildlife. Mainly the gorillas.

Rwanda is known as The Land of a Thousand Hills for good reason.

We scheduled two gorilla treks, visiting the 13 Group and the Amahoro Group. Given the fact that I was shooting a Canon 40D and 20D in those days, it’s a miracle I came away with many usable photos. I would love to get back with updated equipment, though the price of a trek in Rwanda is now triple what it was back then! Still, a few shots came out okay.

This silverback greeted us… enthusiastically (as I wrote in my Scariest Moments article) when we first stepped into the clearing where his family was hanging out. 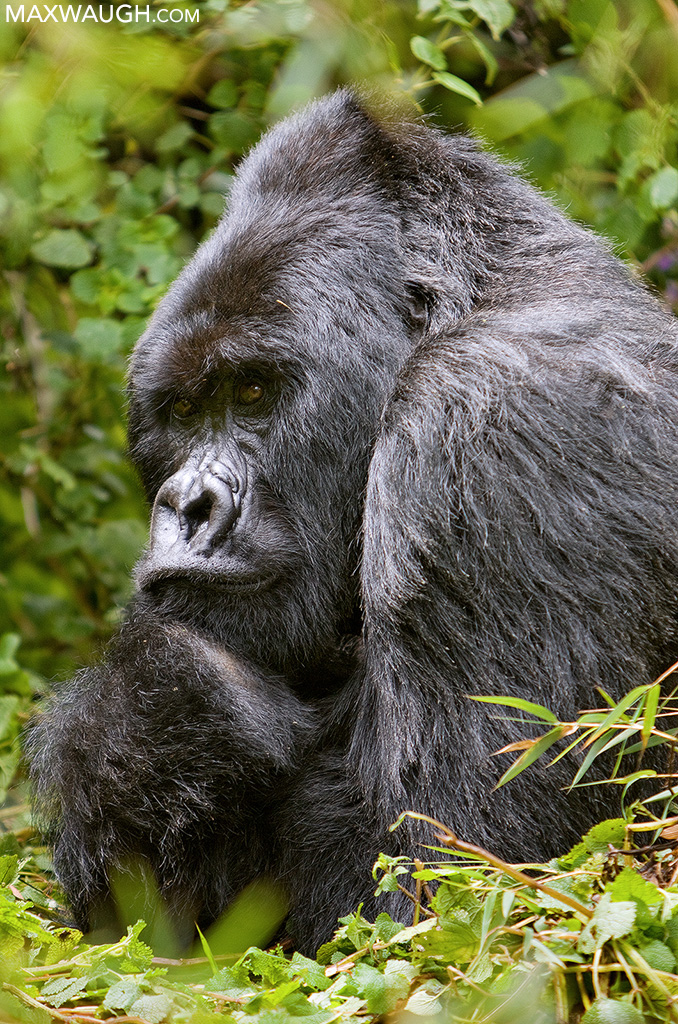 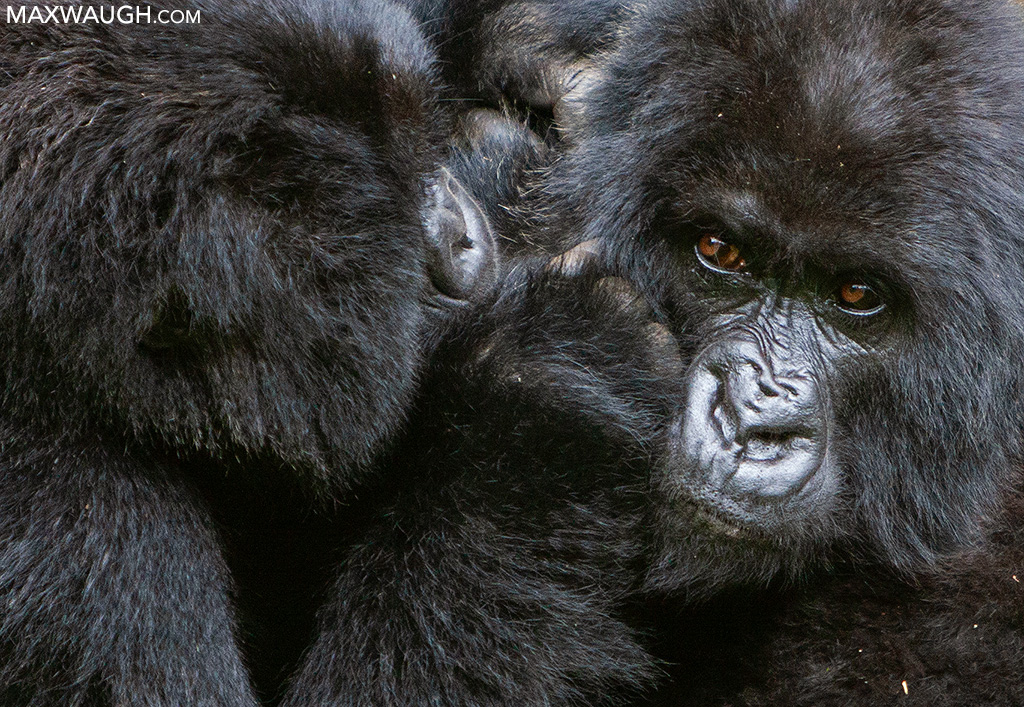 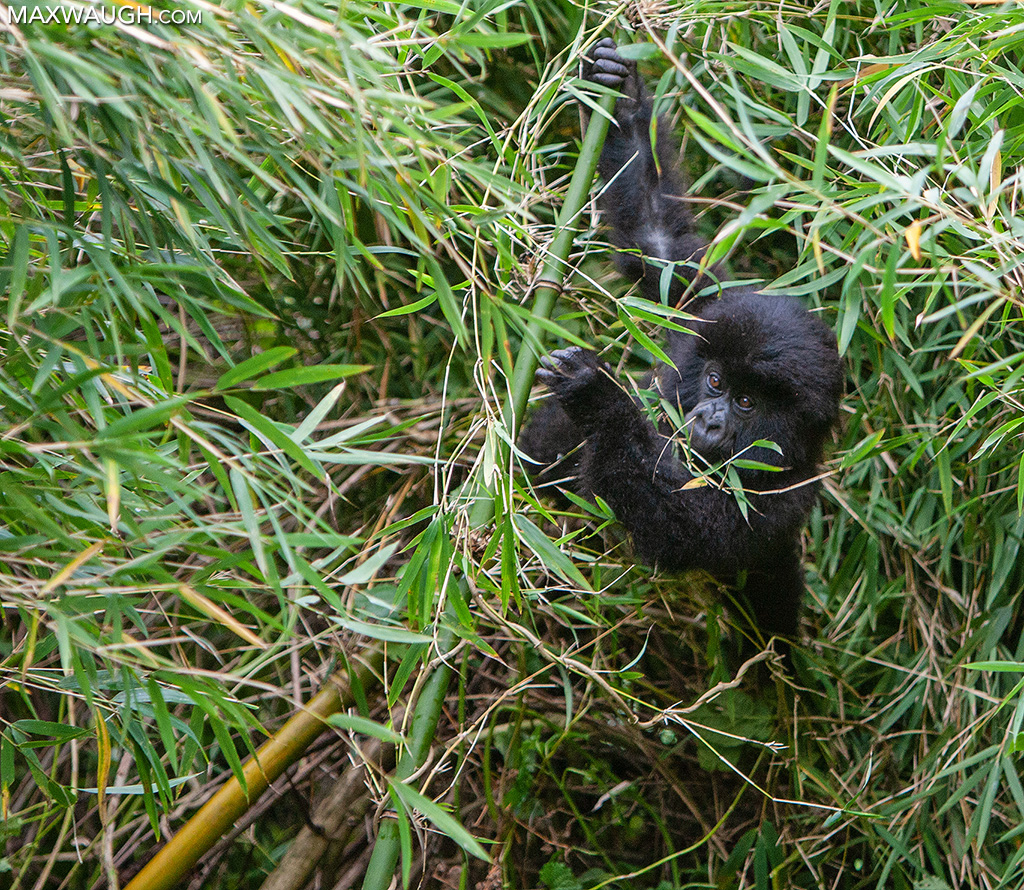 In between gorilla treks, we scheduled a visit to the endangered golden monkeys found in the national park’s lowland bamboo forests. Not great for photos, but I included a few shots in the gallery. 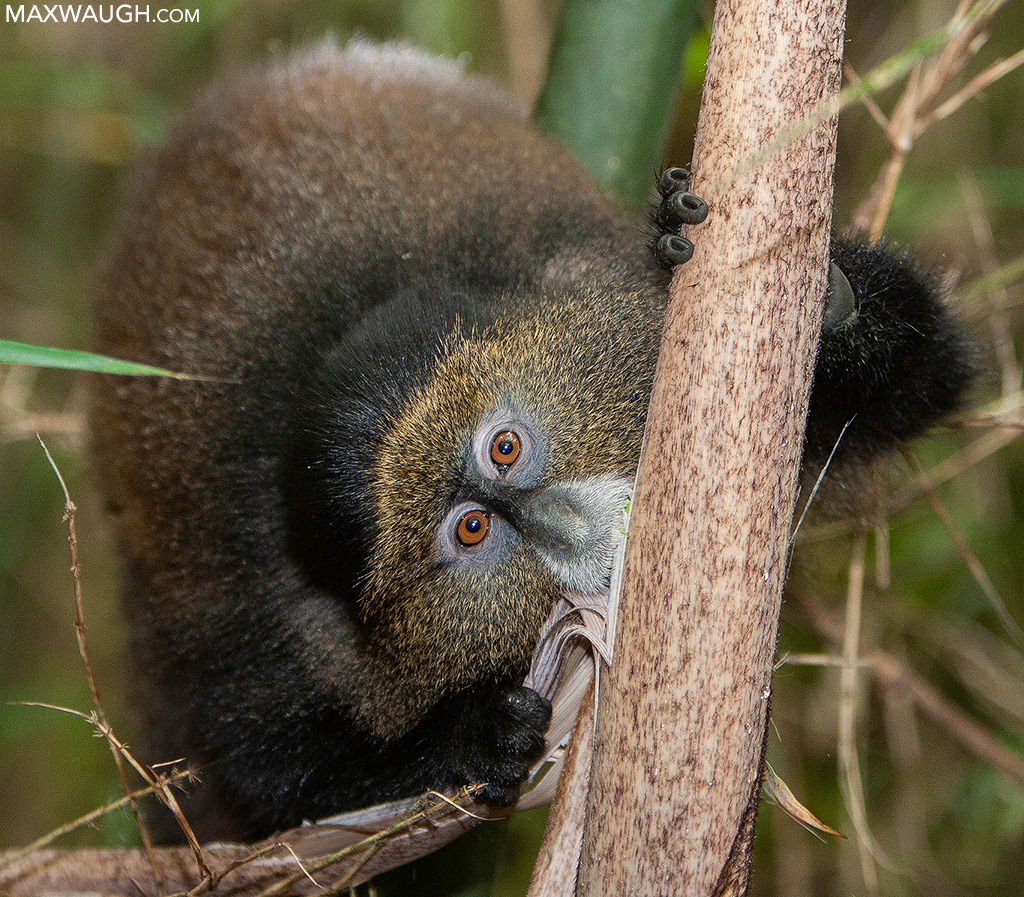 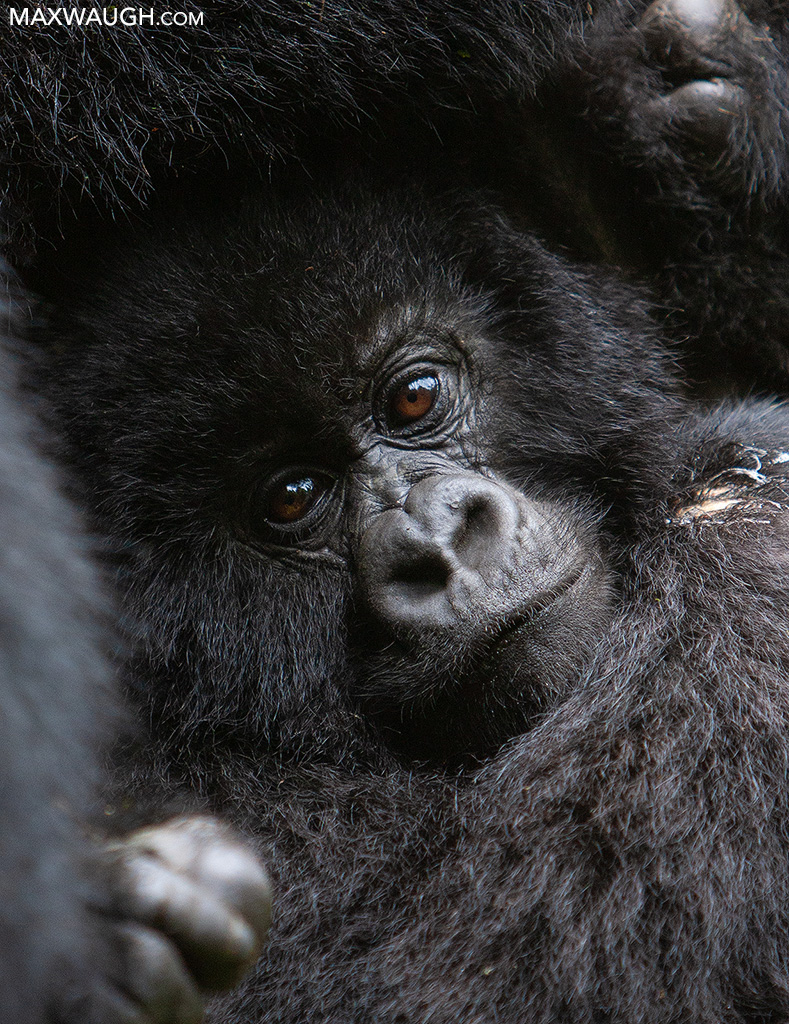 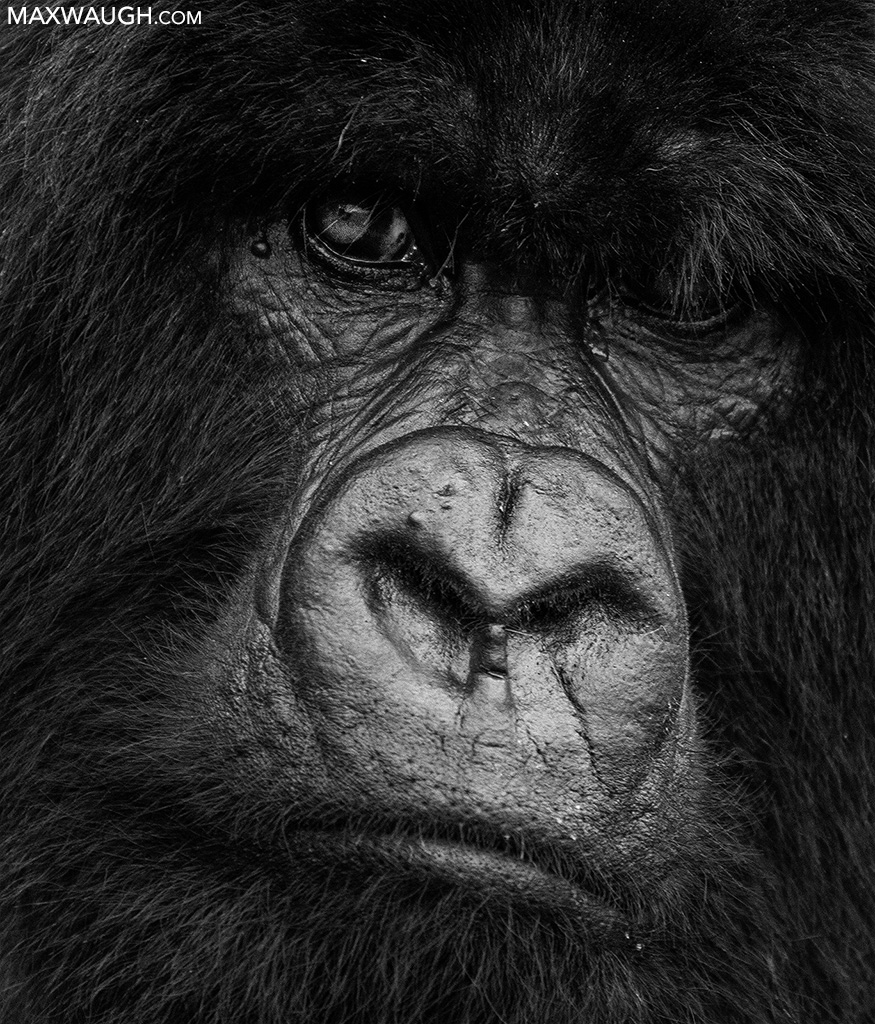 Baby mountain gorillas are as fun to watch as you’d expect. And unlike, say, bears, even the older youngsters maintain a fair bit of spunk. At one point a young gorilla grabbed Jenn’s pant leg and tried to drag her along to play! 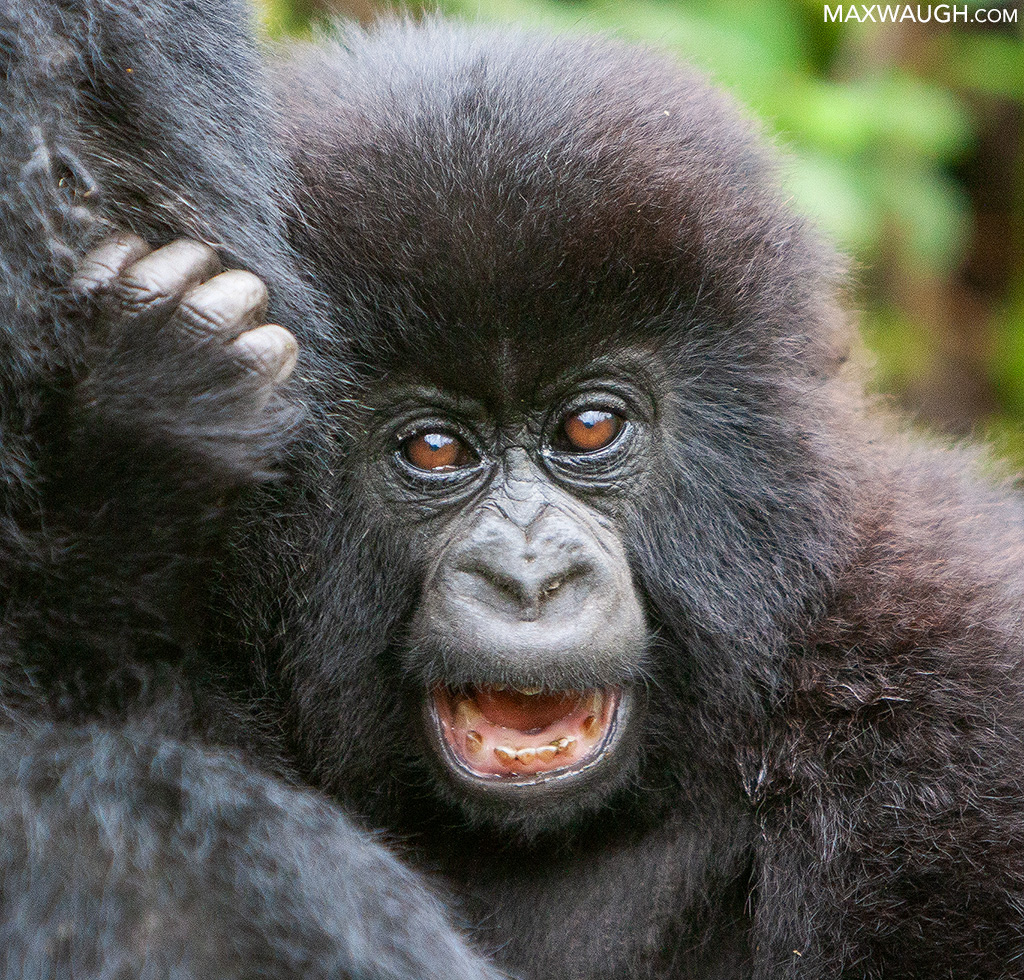 These last two images remain my favorite portraits from the collection. 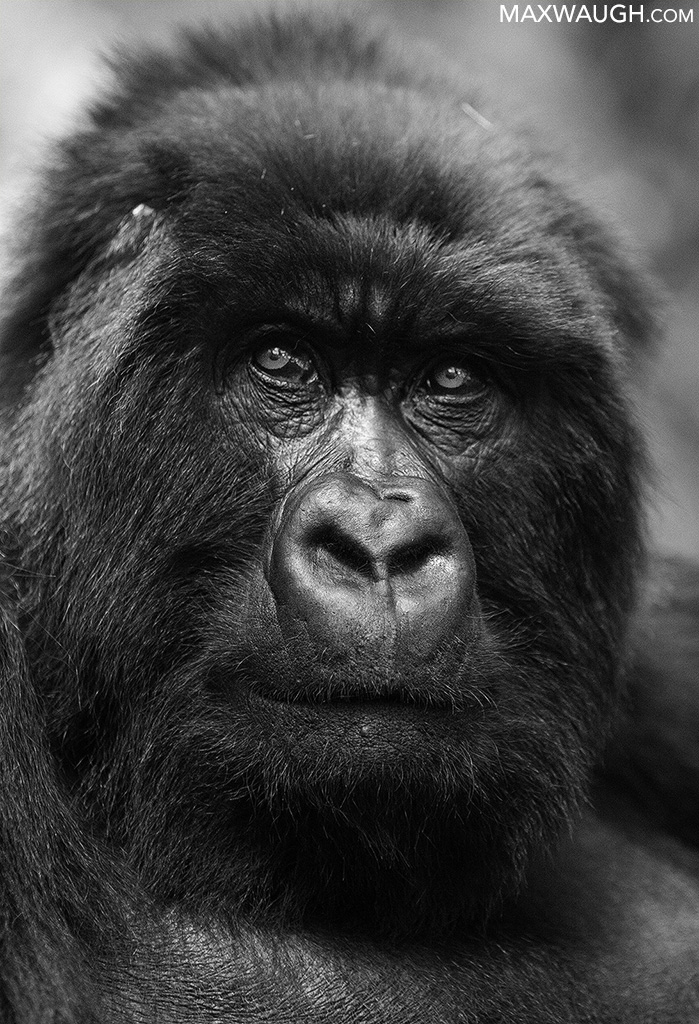 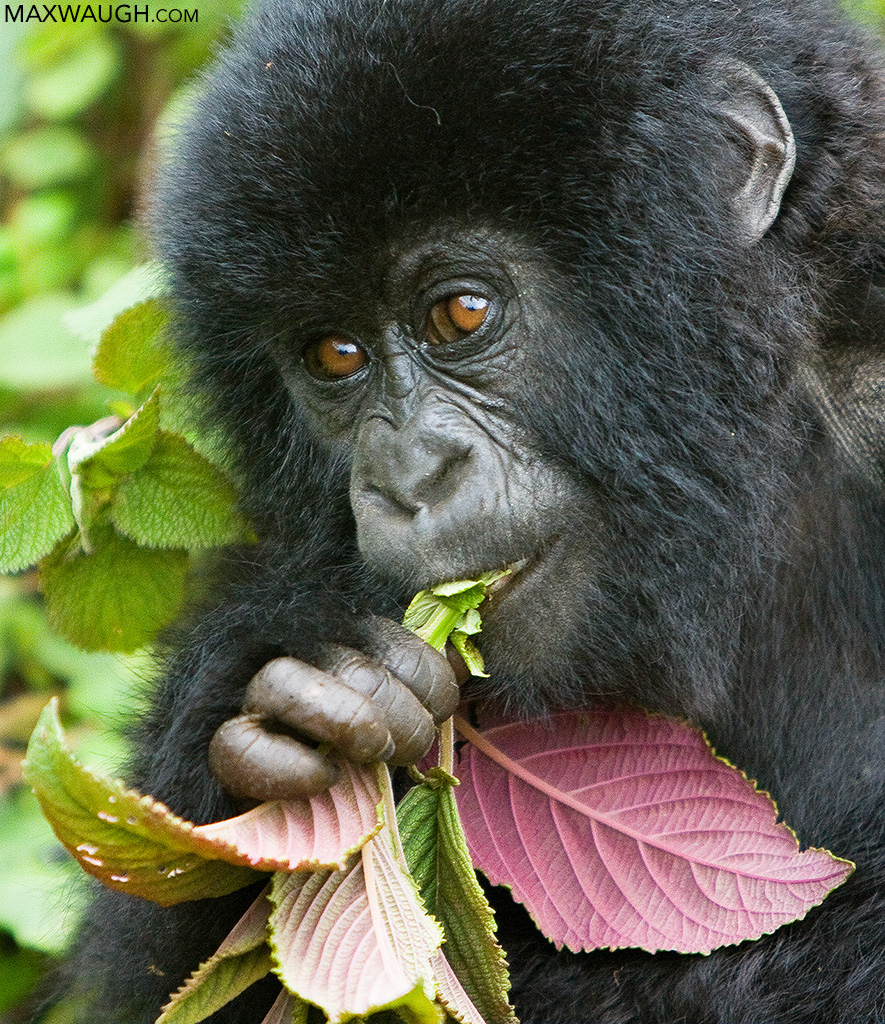 View the full Rwanda 2007 Wildlife & Scenery gallery here. And stay tuned for more from this and the Tanzania leg of the journey!