In my efforts to catch up on reprocessing old photos to be added to the archive, I updated the photos from my 2007 Rwanda trip. I recently shared Rwanda wildlife images in a new photo gallery. Since then I’ve finished reworking the photos from our visit to Tanzania, which followed Rwanda on the itinerary. This was our very first African experience, and as you’d expect we participated in the traditional wildlife safari experience. So I have a lot of animal photos to share from Tanzania.

However, there were also a few opportunities to photograph and visit with some of the people in both Rwanda and northern Tanzania, so I’ve decided to put these cultural photos into a separate gallery. This collection will be unveiled in two parts. I have uploaded some general images from both countries to the archive already, and will preview them below. I’ve also added the story and photos from our exciting hunt with the nomadic Hadzabe tribe, an experience that sticks with me to this day, and frankly, a photo collection I’m rather proud of.

View the Rwanda & Tanzania 2007 Culture gallery here. A short preview is below.

Rwanda was our first destination. It didn’t take long to be struck by the beauty of this country, known as The Land of a Thousand Hills (for good reason). Though the majority of this rugged landscape has been altered for agricultural purposes, it was blanketed in rich green and brown tones everywhere we looked. 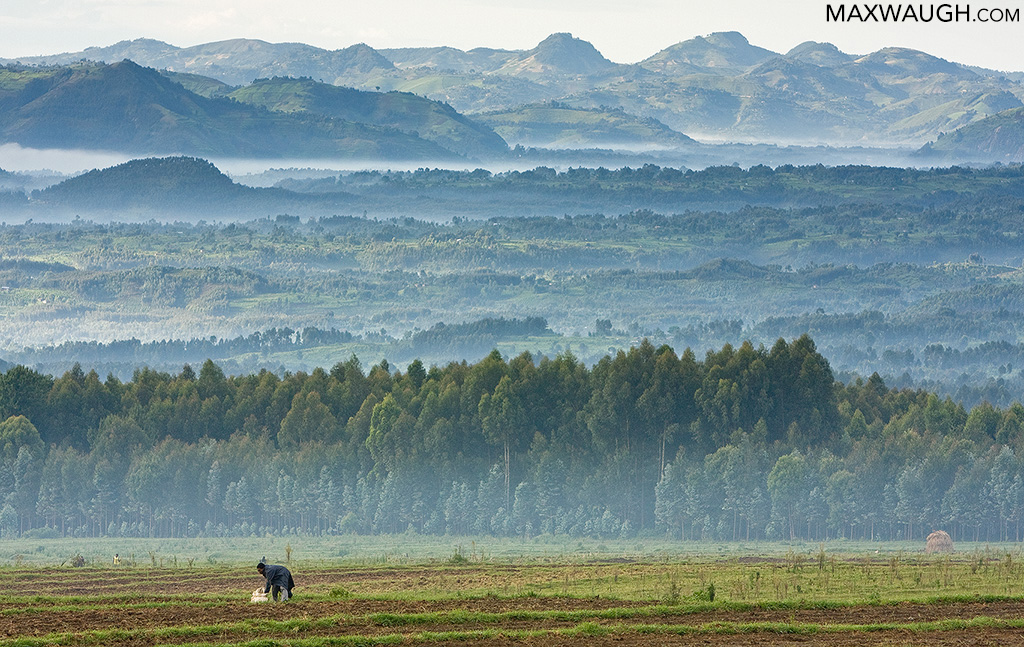 At our lodge, we were greeted by a group of dancers and musicians. Quite a happy bunch. Overall, the people of Rwanda were incredibly friendly and welcoming. 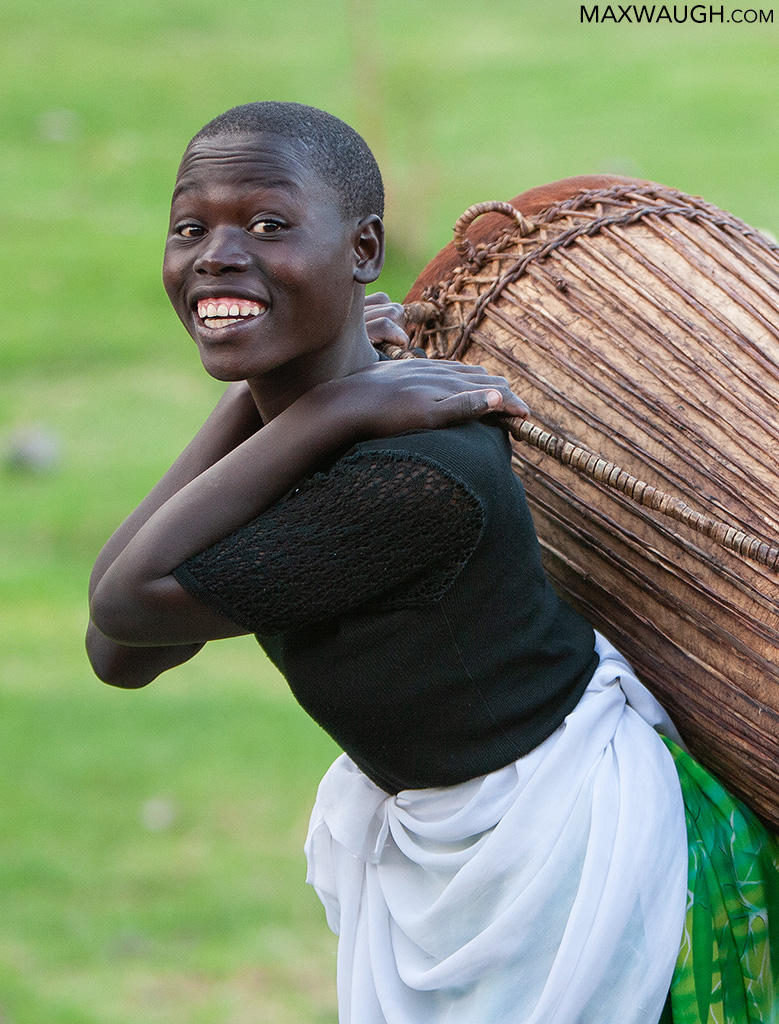 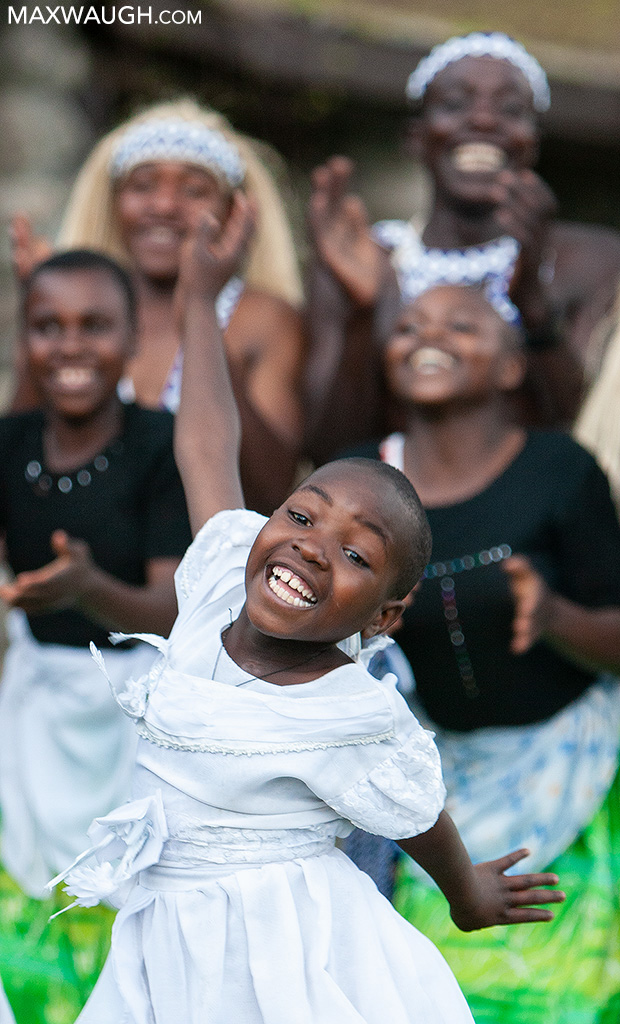 In terms of land mass, Rwanda is small, but sports a large population. We saw countless people either commuting on foot along the highways, or working in the fields, which we would walk by on our way to our gorilla treks in Parc National des Volcans. 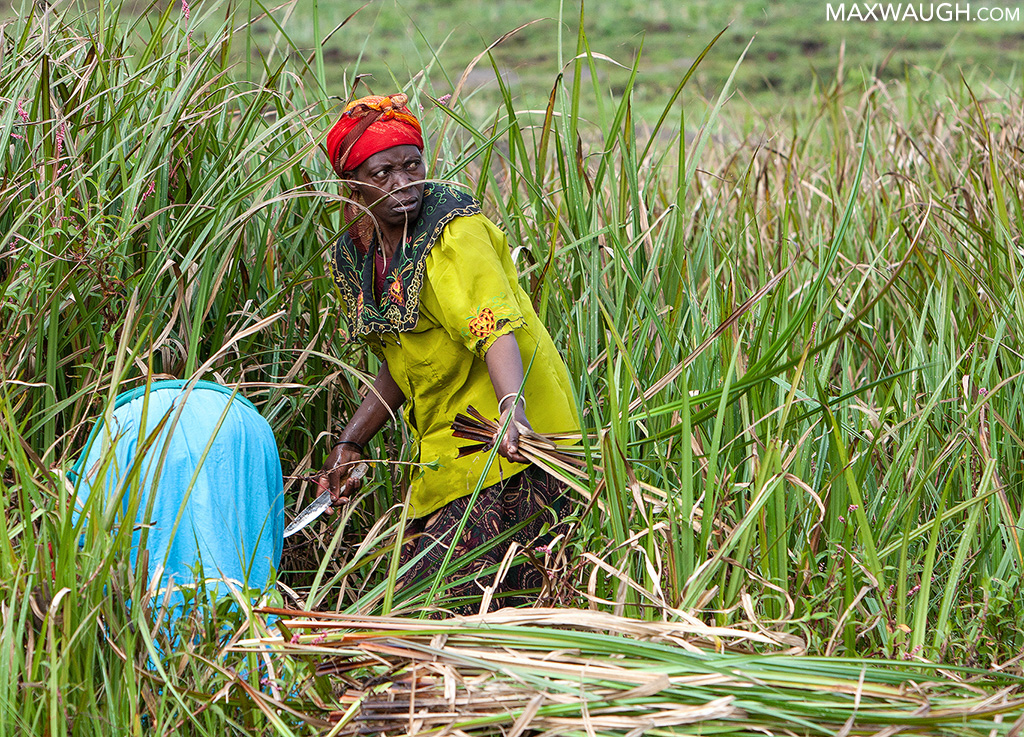 One day, as we walked to the trailhead, we were followed from a distance by a small group of children. I turned back and snapped some photos. 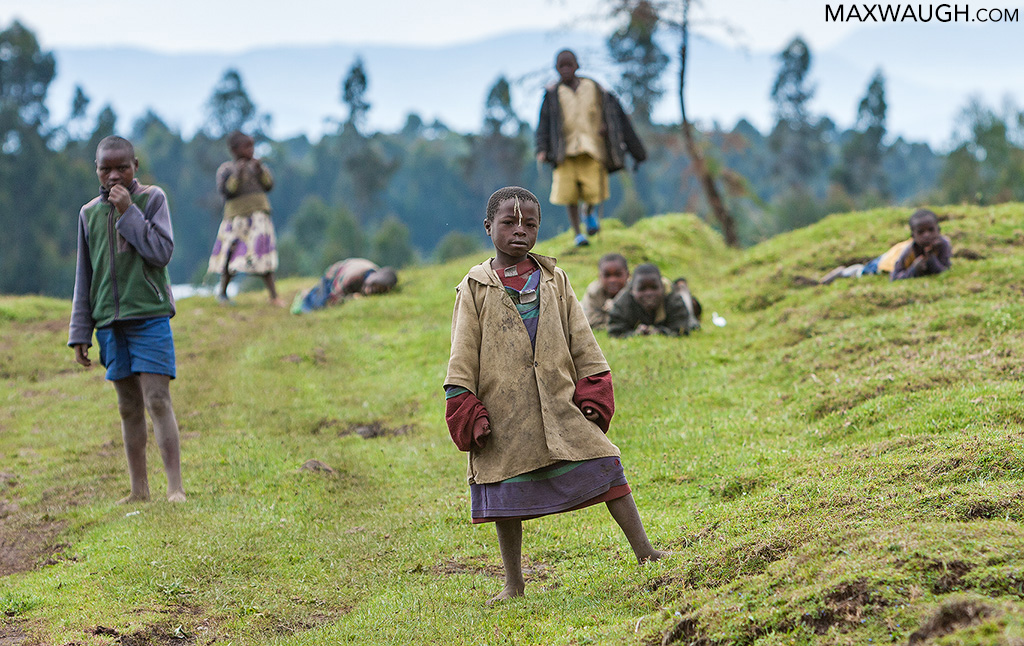 The lead boy in particular had a style and confidence to him that was quite striking. He was the central figure in what, to this day, remains my favorite cultural (“human”) photo I’ve ever taken. 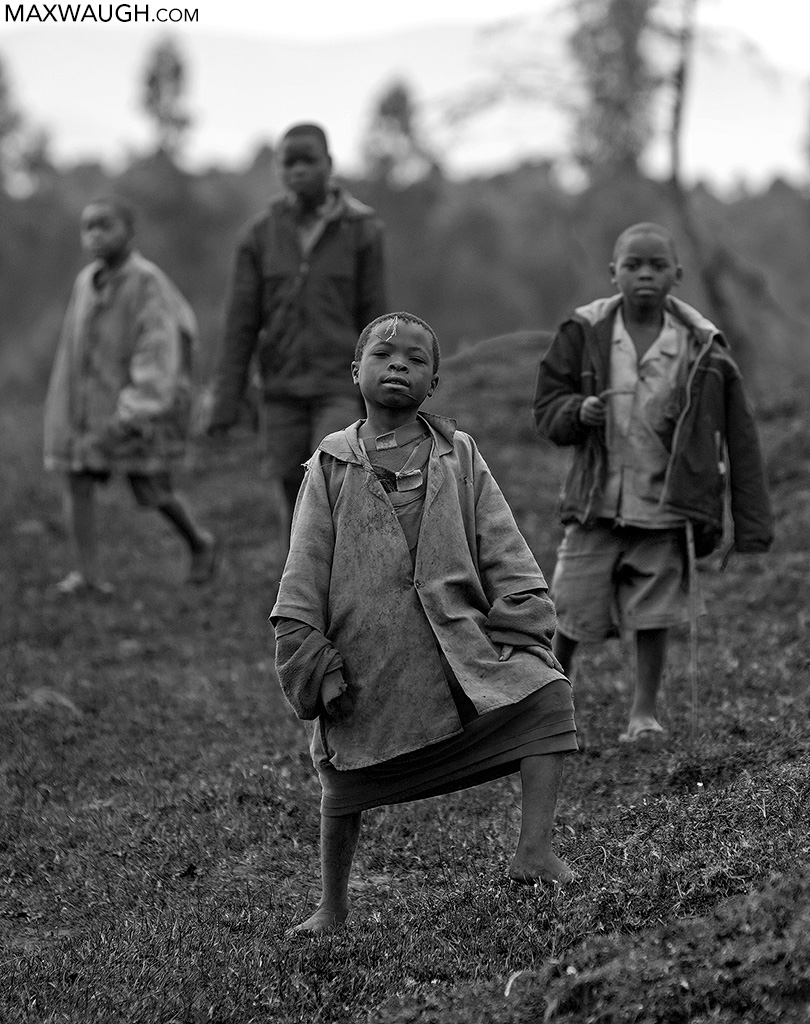 The different layers of clothing (much of it worn backward, which coincidentally my son likes to do now), a stalk of grass adorning his hair, a subtle scar, and a quiet look of confidence… what a character. He wasn’t so serious the entire time, however. 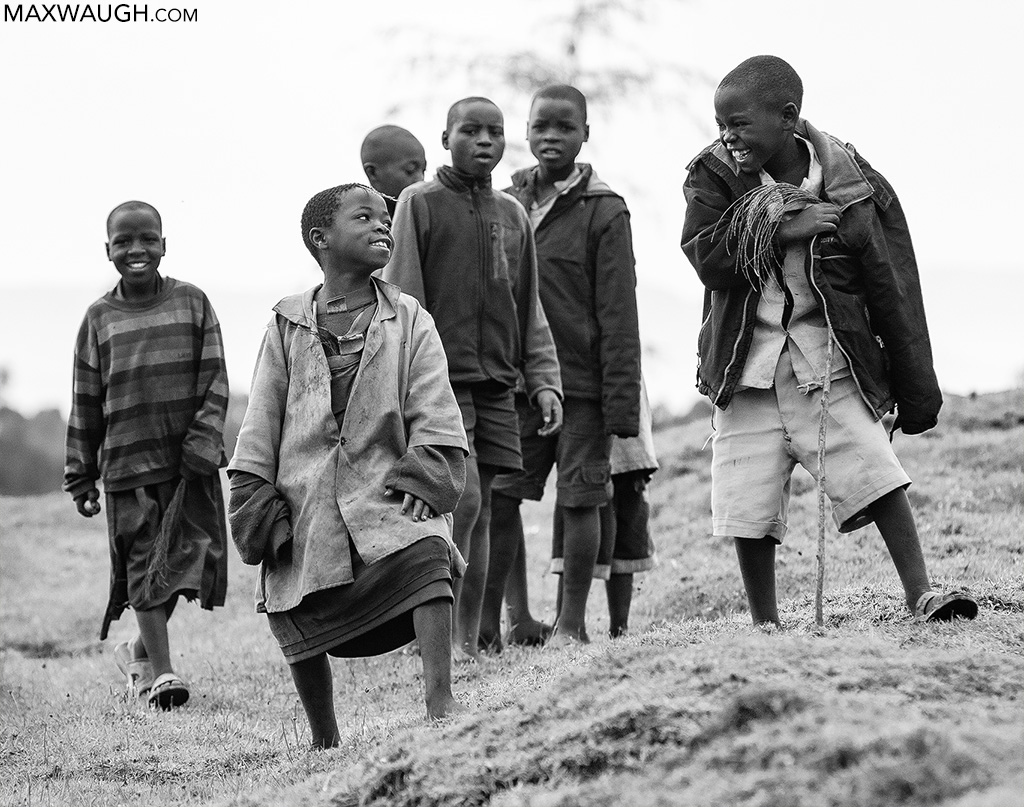 The next leg of the trip took us to Tanzania. In the midst of the standard safari fare, we took a detour to the arid region near Lake Eyasi. Here, we visited two different tribes, as well as a local school. I’ll share the main highlight of this visit next week, but here are a few shots from our time at the school and our visit with the Toga (also known as Datoga) people. 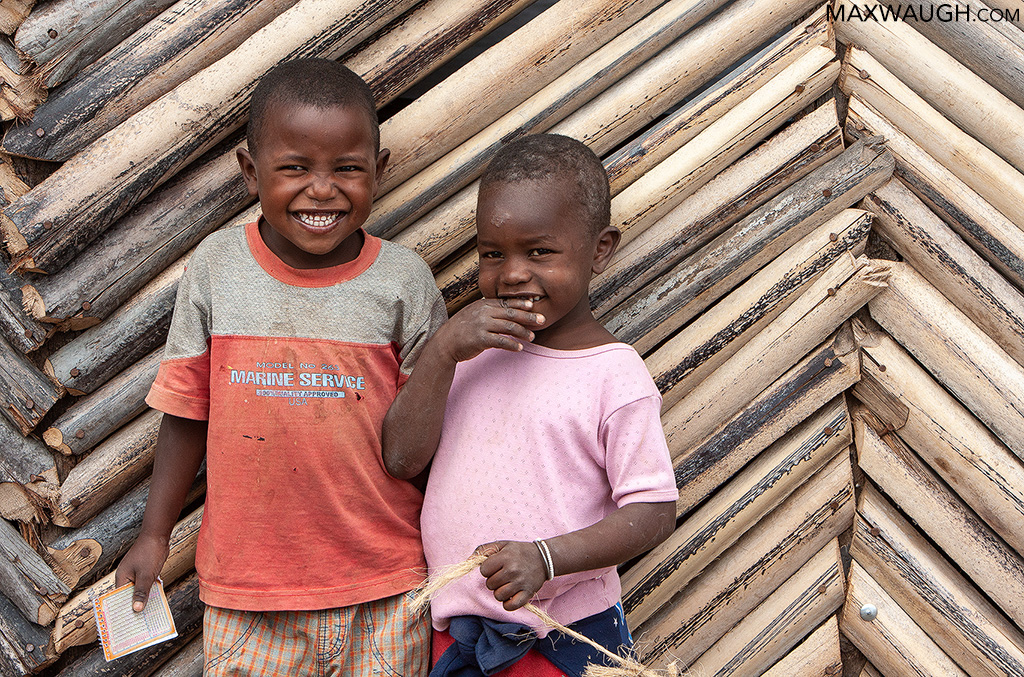 This was our welcome to the school house. This shot remains another of my all-time favorites: 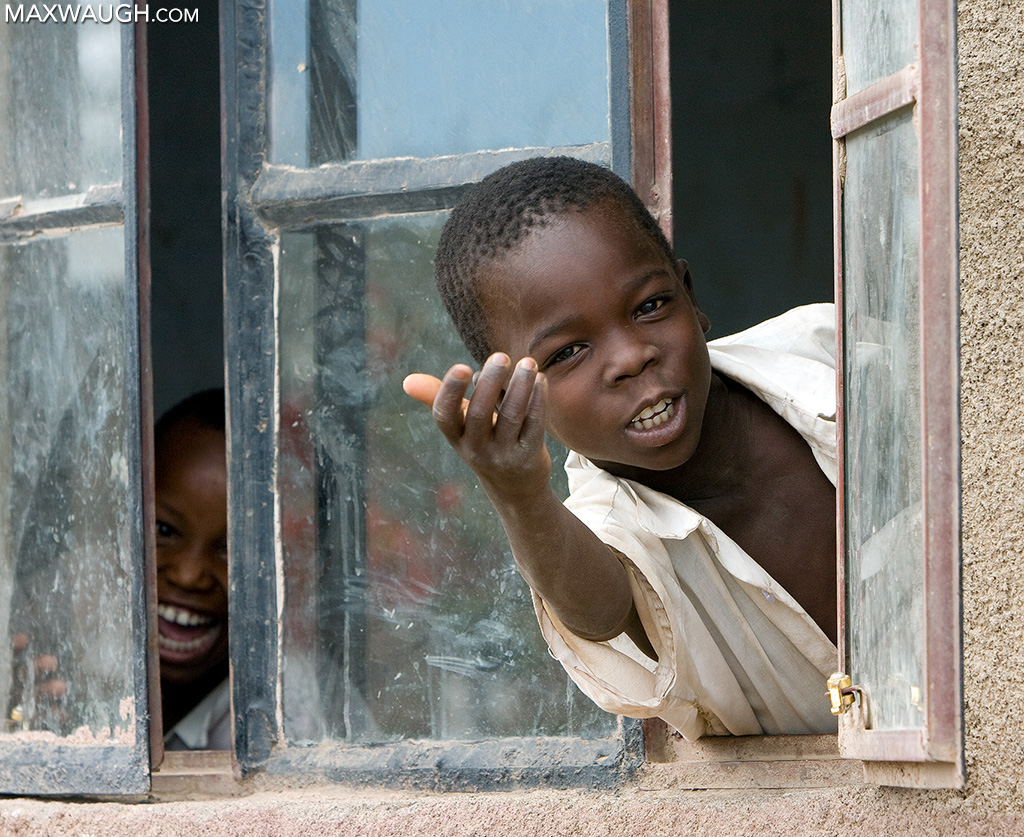 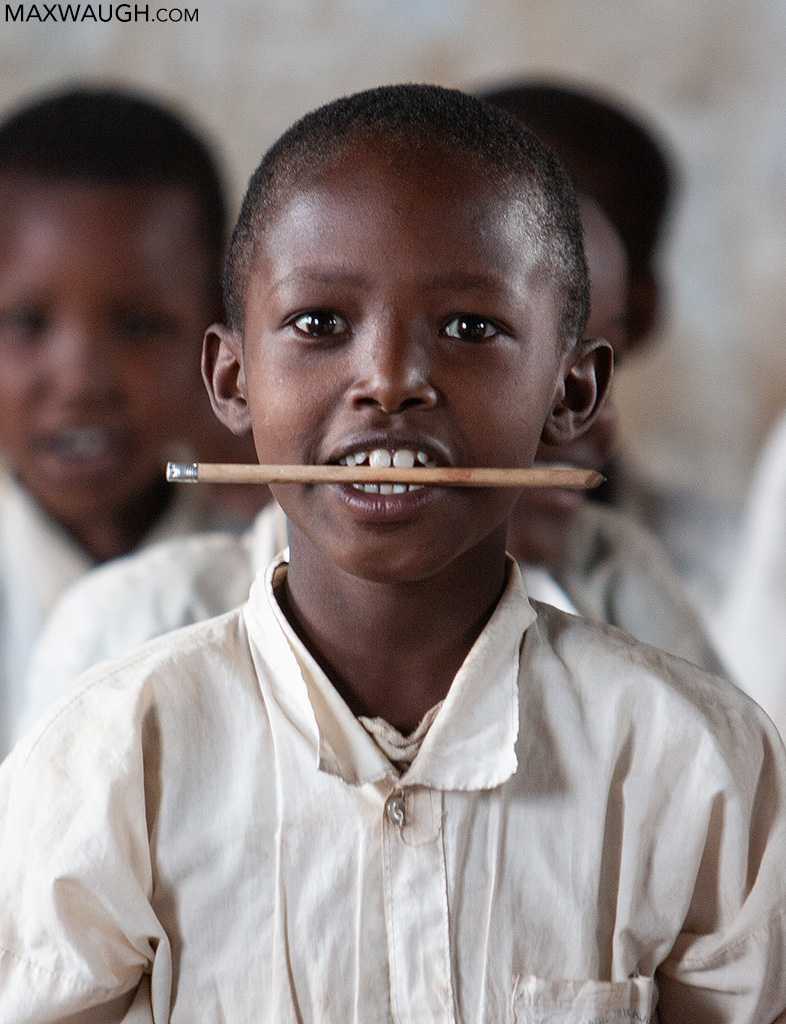 Unlike the Hadzabe tribe, the Toga people are primarily herders, and they also make some wares to sell or trade. When we visited one family, a couple of tribe members had a bellows going (pumped by hand the whole time), stoking a fire that was used to melt scrap metal—mainly old padlocks. 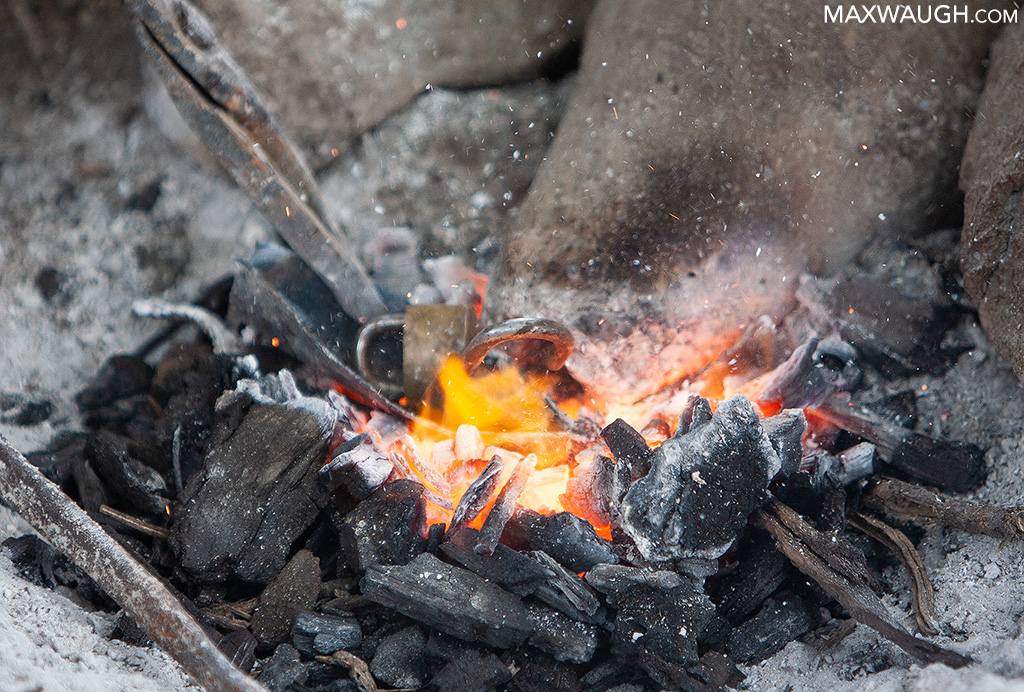 That metal was then hammered and formed… 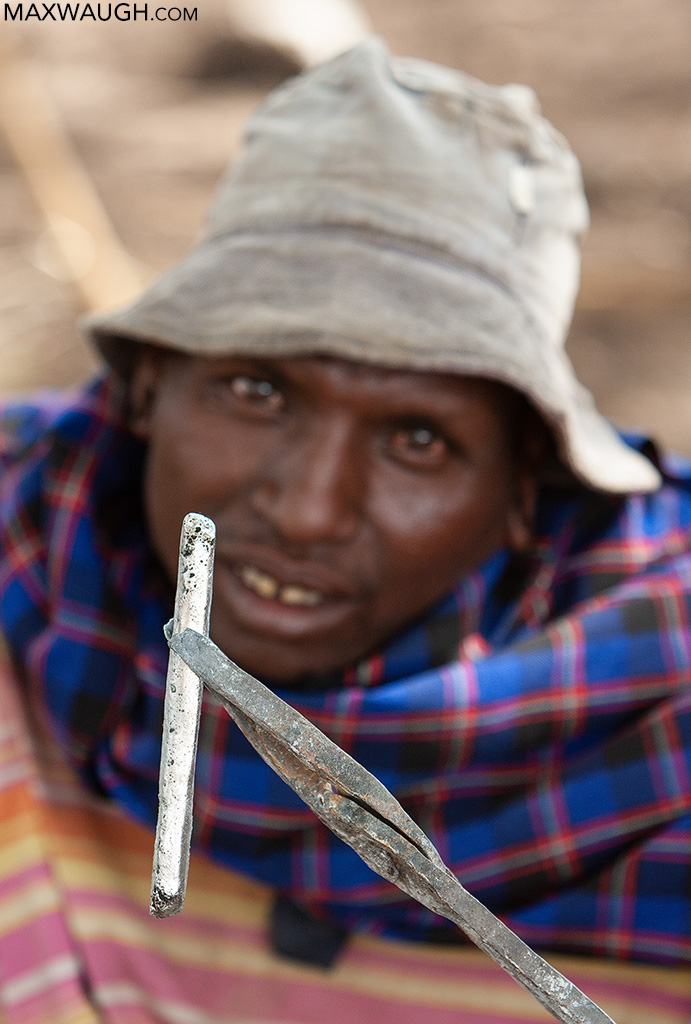 …ultimately becoming an arrowhead, which we purchased as a souvenir.

This young girl sported the traditional Toga red clothing and some early signs of facial scarification. 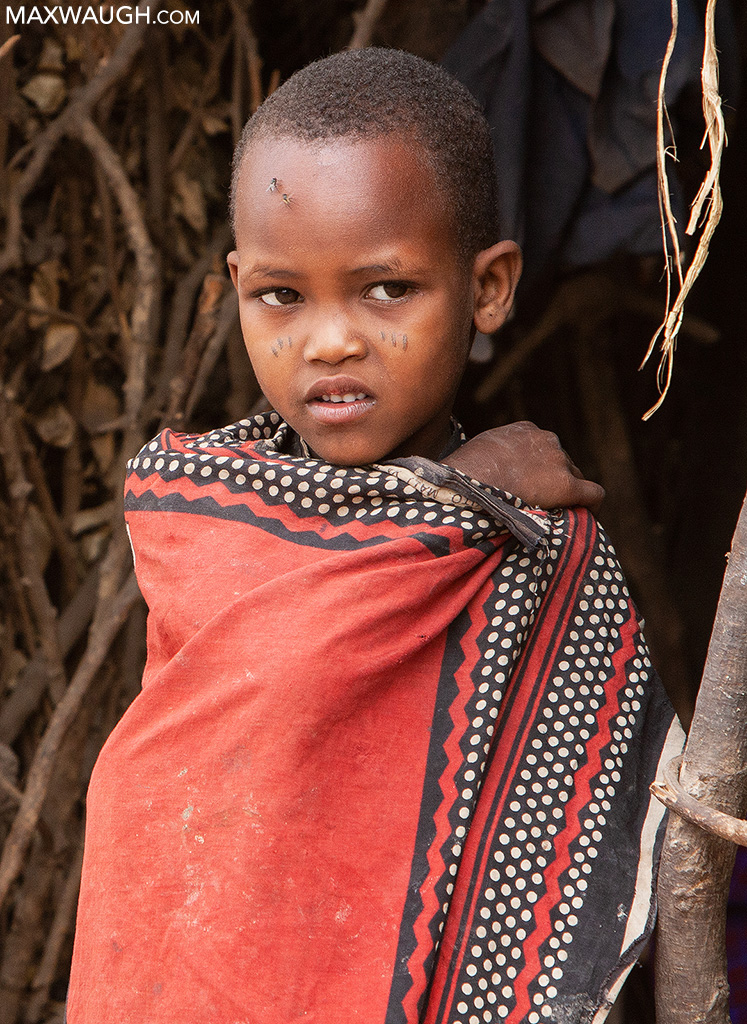 Read the story of our hunt with the Hadzabe here.