In recent weeks I’ve shared reworked images from my first trip to Africa, which included visits to both Rwanda and Tanzania. This is the culmination of my “retrospective.” The bulk of the photos from that trip were taken during our wildlife-centric visits to Tanzania’s northern parks: Arusha, Tarangire, Serengeti, and Lake Manyara National Parks, as well as the Ngorongoro Crater.

As you can imagine, it was a wildlife bonanza. I took a lot of photos, and even after culling half of the images I initially saved from the trip, I still ended up with a lot of photos in this new collection in the photo archive. So many that I’ve split them into two galleries: Wildlife & Scenery and Birds.

The new galleries contain several photos you may recognize from my old website or from social media, but there may a few that have never seen the light of day. As always, it’s fun to approach an older collection with a new perspective. You can click through to the galleries via the links above, or check out this short preview first. 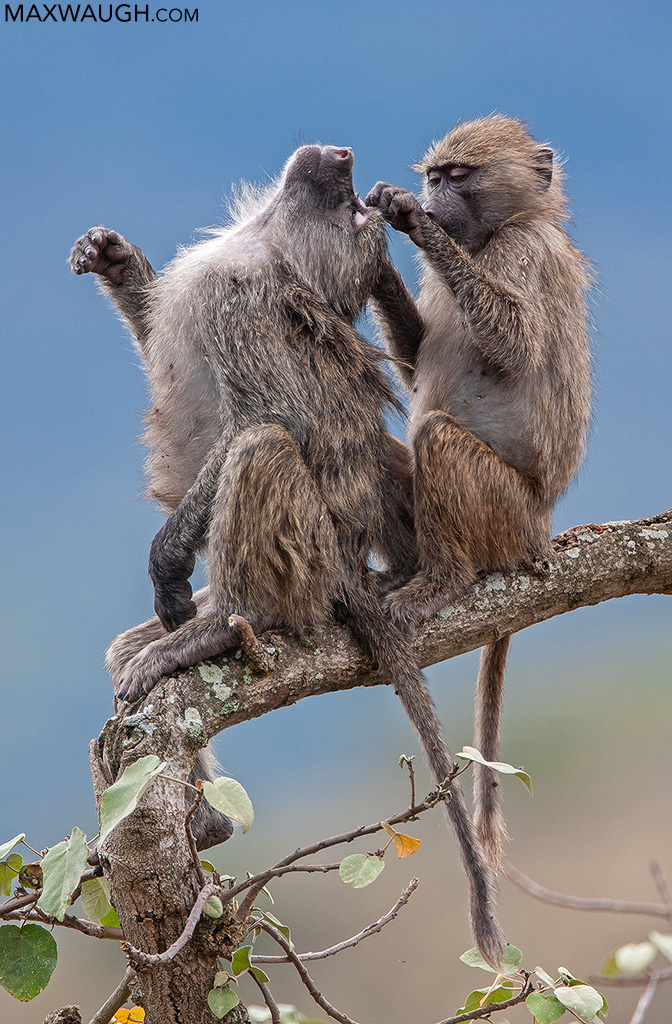 Olive baboons were one of the first animals we saw in Tanzania, in Arusha National Park. 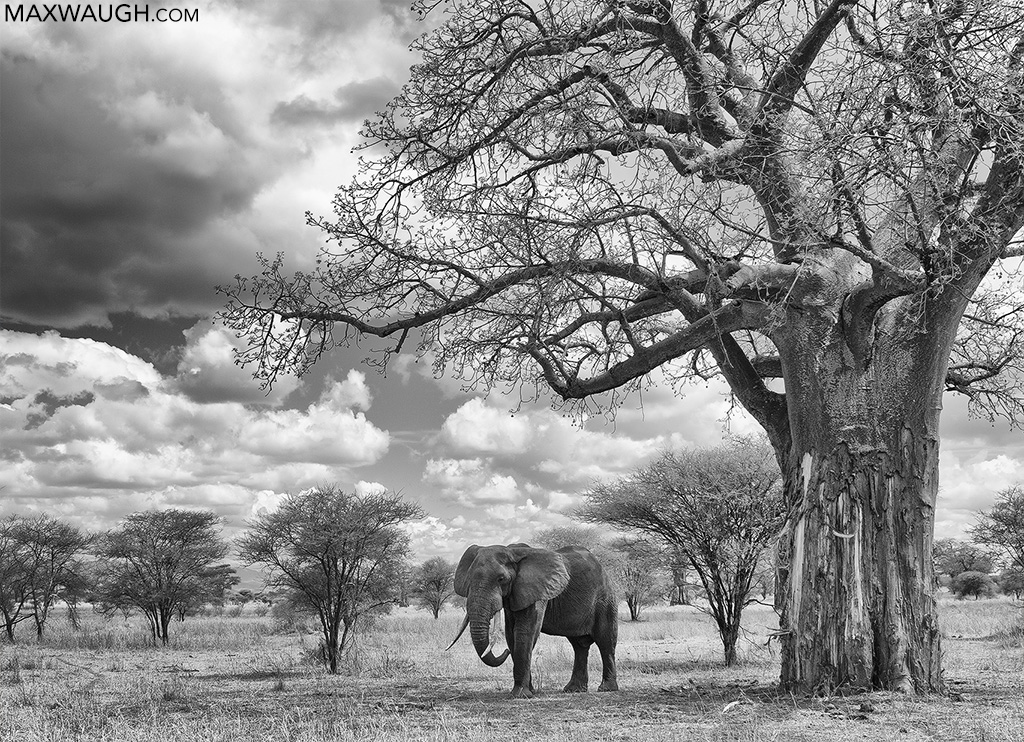 Tarangire National Park is known for its elephants and its baobab trees. 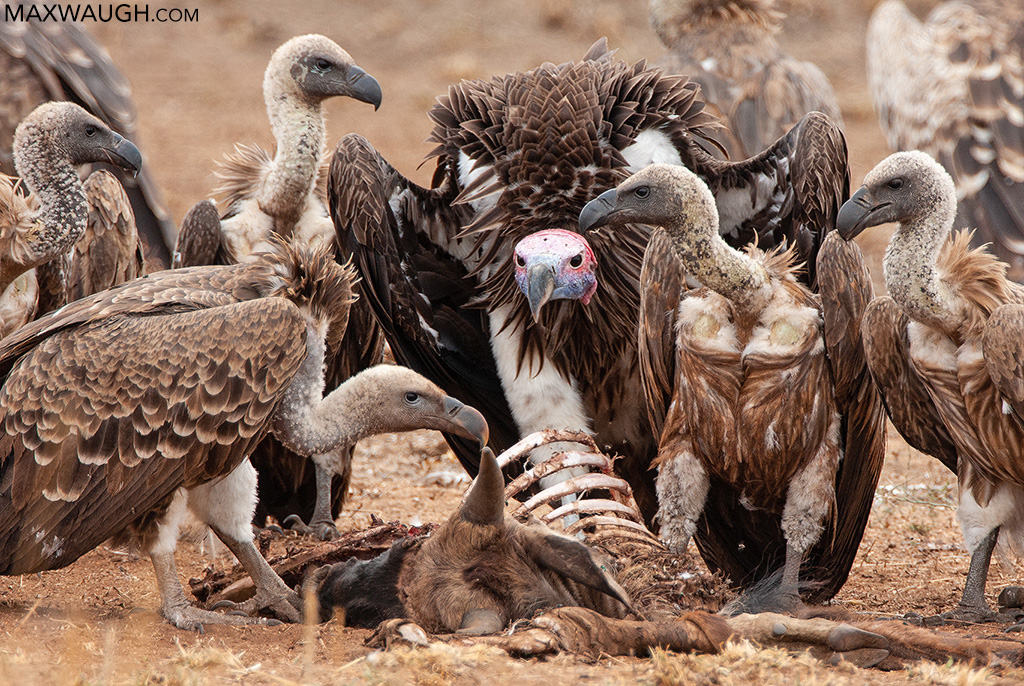 The Lappet-faced Vulture is certainly the biggest (and perhaps ugliest) of Tanzania’s vulture species. Here, one barges in on a carcass and steals it from some White-backed Vultures. 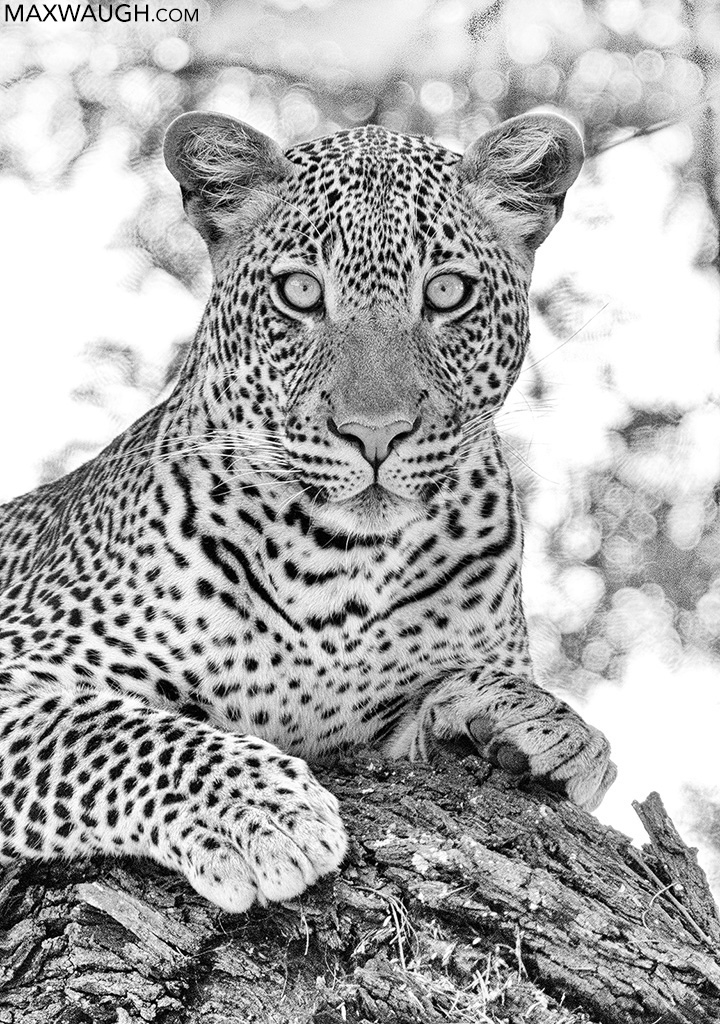 Those large lantern-like eyes give this boy a unique look among the many leopards I’ve encountered over the years. He was my first-ever wild leopard. 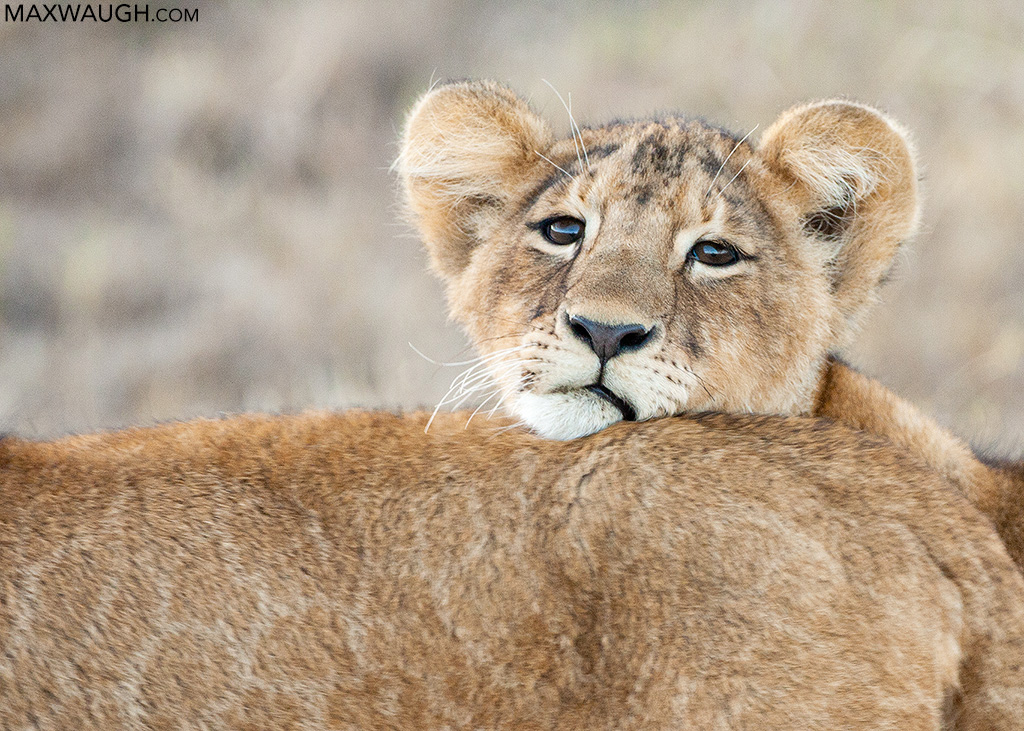 We encountered a lioness and two cubs a few times in the Ngorongoro Crater. They provided some nice photo ops.

This hippo was well away from any water. Fresh wounds on its back indicated that it may have been attacked by lions in the middle of the night. 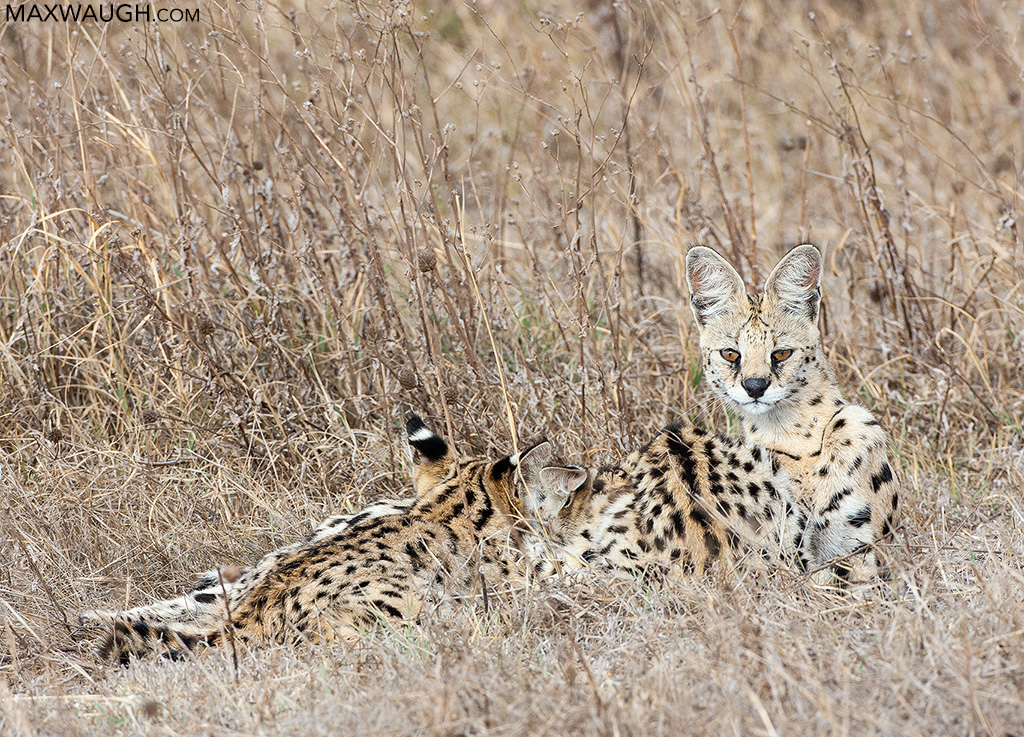 We were incredibly fortunate to get a call on the radio about a serval nursing her cubs right by the road late in the day. They disappeared into the grass soon after our arrival. It remains my only good serval photo op to date. 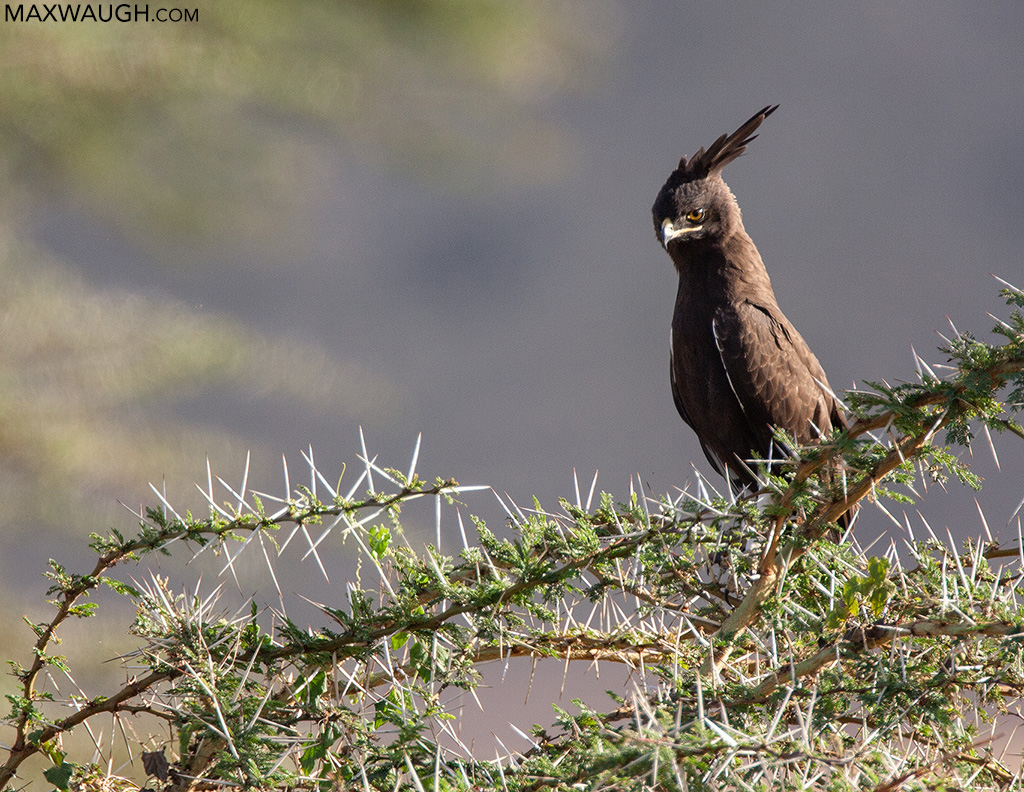 Perhaps my favorite African eagle (of the ones I’ve seen) is the Long-crested. Gotta love this hairdo. 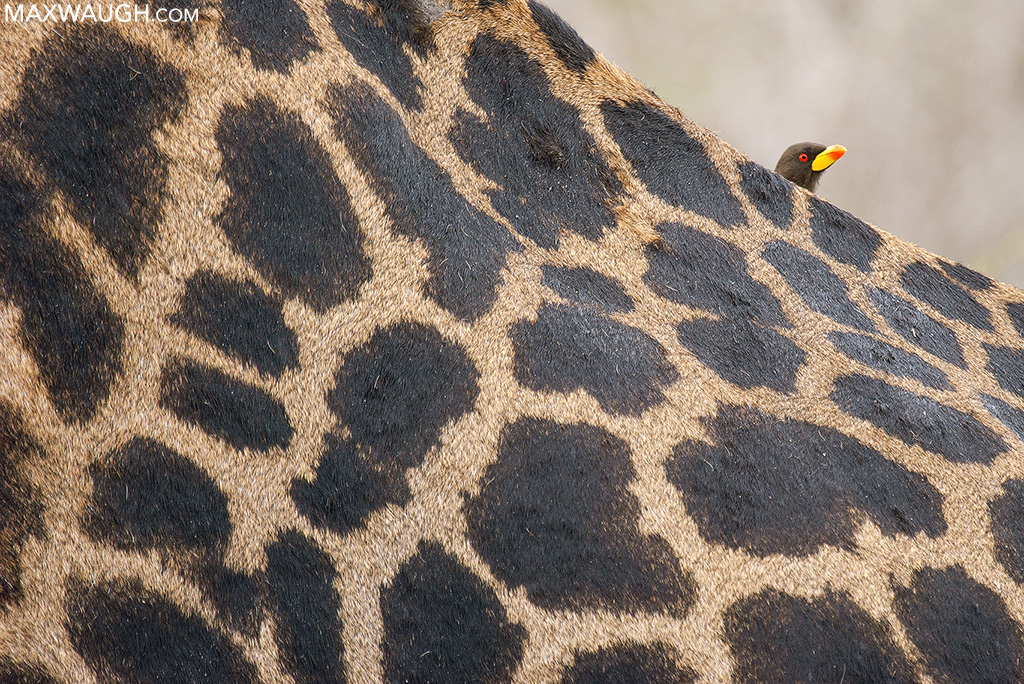 We saw many more Yellow-billed Oxpeckers than Red-billed on this trip. In South Africa, the reverse is usually true. 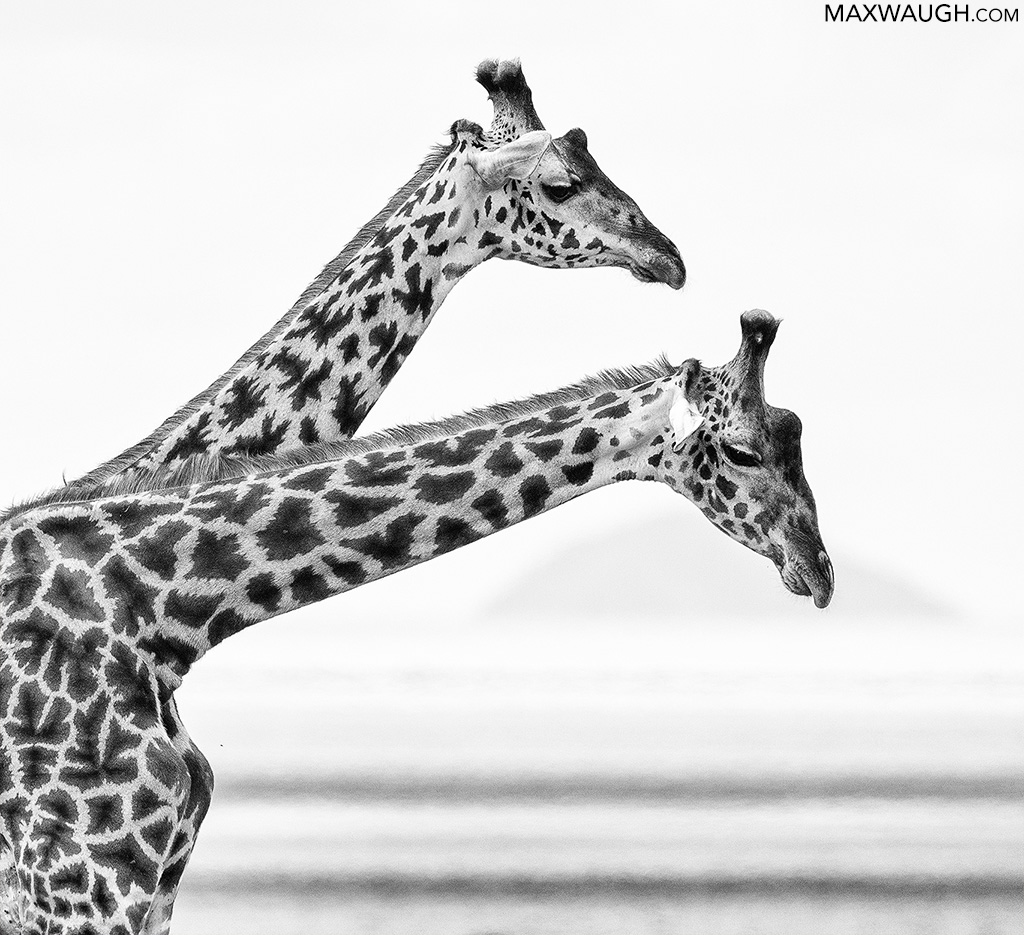 One of the more photogenic subjects (especially in black and white) found in east Africa is the giraffe. 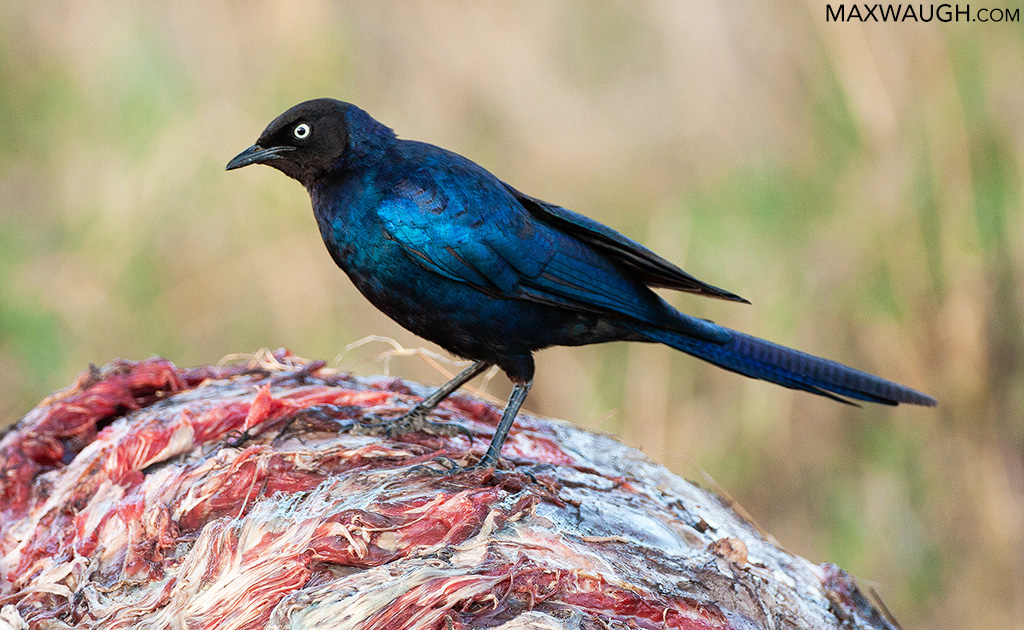 This Splendid Starling is a pretty bird in an ugly setting. 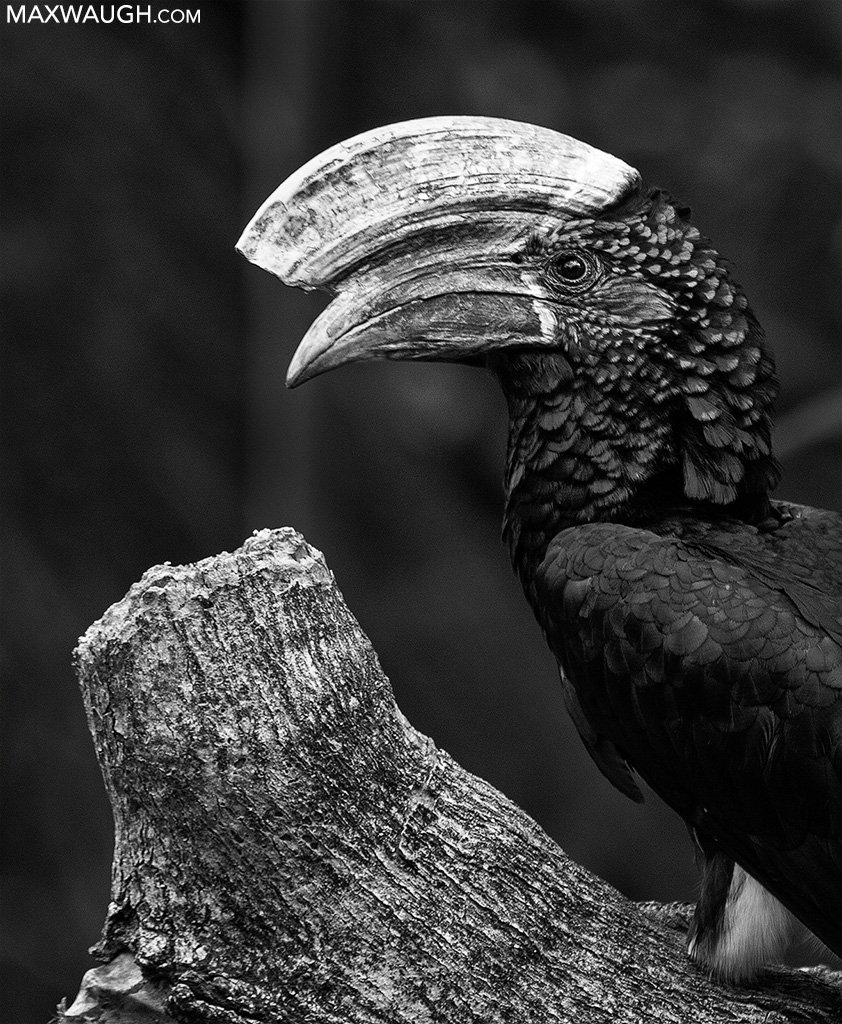 The Silvery-cheeked Hornbill can often be seen in Lake Manyara National Park. 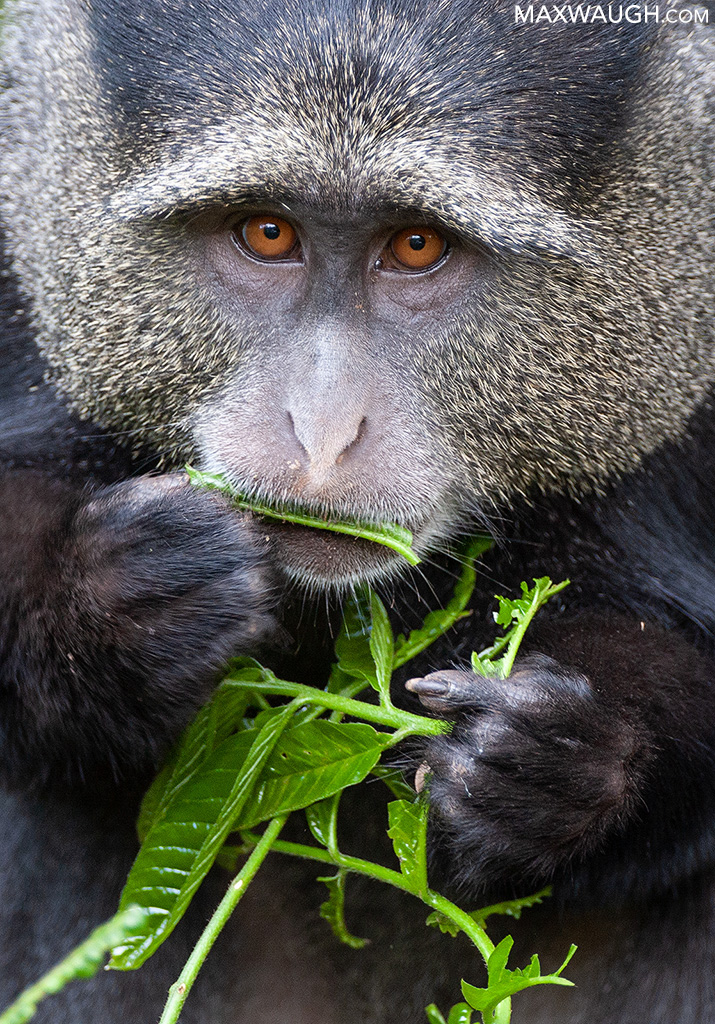 Blue monkeys put on a nice show near the road in Lake Manyara National Park. 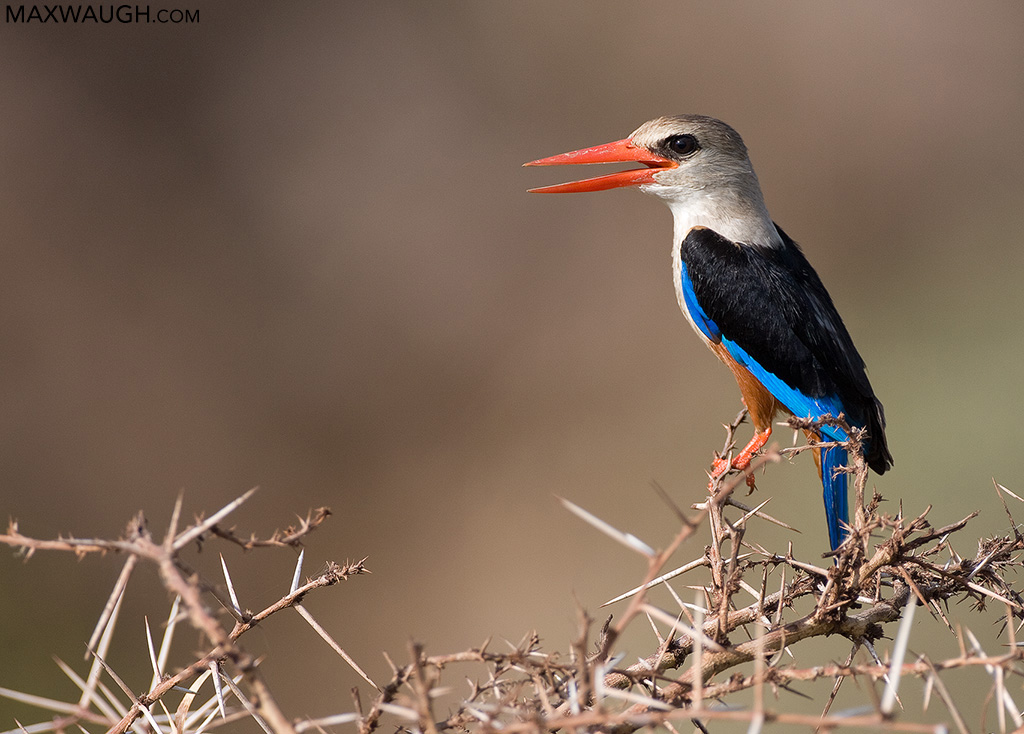 We had our best views of kingfishers at Lake Manyara, including the Grey-headed. 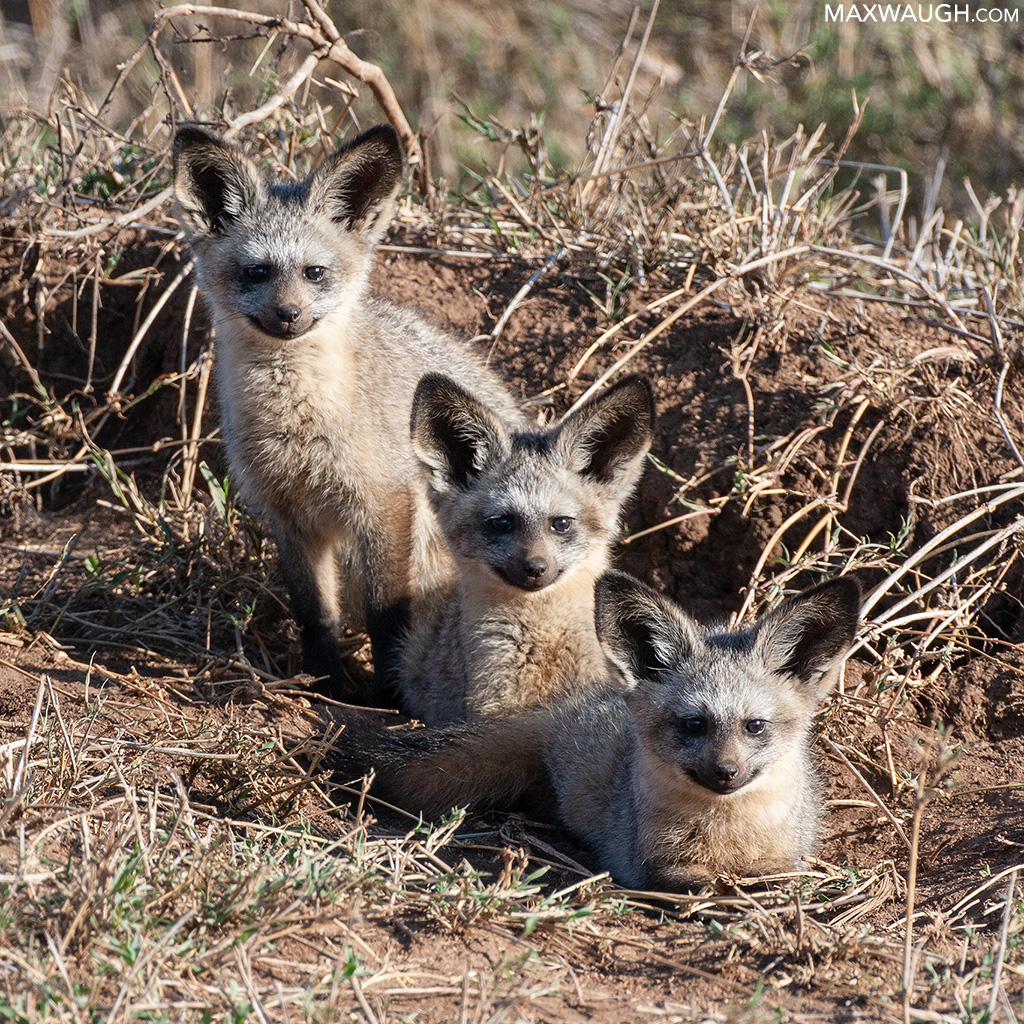 Our final encounter in the Serengeti was special: my first ever view of bat-eared foxes.

More from this trip:

Hunting with the Hadzabe

You may also be interested in photos from my 2019 return to Tanzania: