No nose prickles Tuesday morning. It would be a warmer day. Unfortunately, it remained fairly slow, and there were very few stops on the morning drive. Moose were still visible in Round Prairie, but after that I traveled all the way to Blacktail Plateau in search of something.

A bull elk surprised me near the road, then crossed and started digging for brunch. 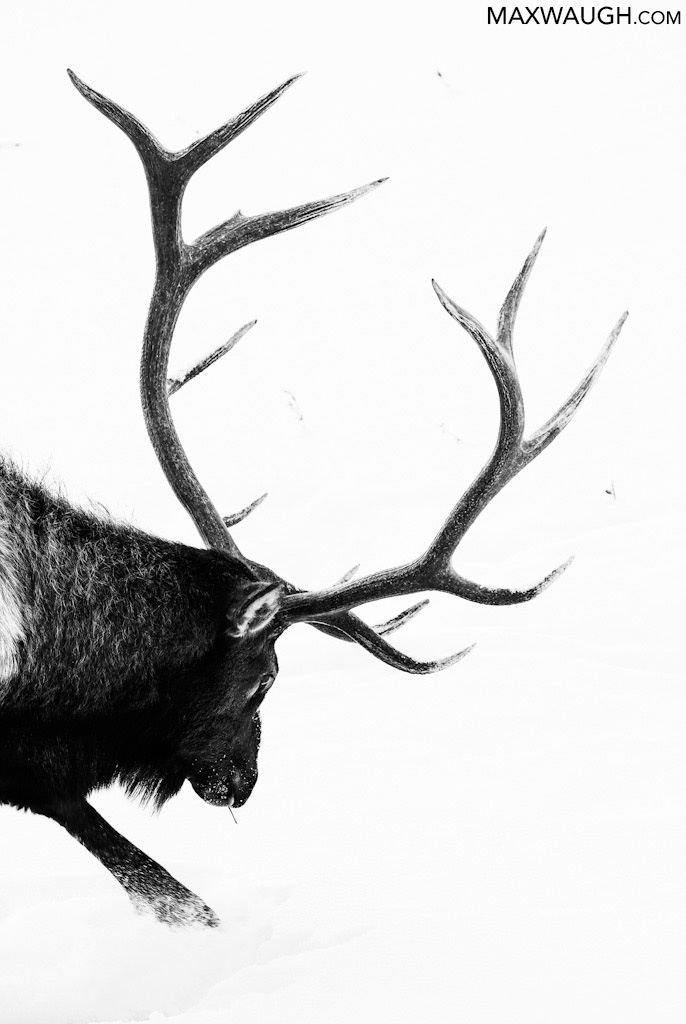 A slow morning got even slower when I ended up stuck behind an out of state vehicle. They were obviously from warmer climes, and didn’t have four wheel drive. So they were taking it very slowly. Which is fine. One should treat the road with respect and stay safe. Except they wouldn’t pull off. There’s a SLOWER TRAFFIC USE PULLOUTS sign for a reason at the park entrances. Sadly, it’s probably the most ignored park sign as well.

Things didn’t get better. We came up on a bison jam. In case you missed it, I have some recommendations on how to deal with bison in the road. These folks hadn’t read that article. They stopped as the bison swarmed around… again, understandable given their obvious unfamiliarity with the park and its conditions. Except we were just around the bend on a blind corner, with me as their cushion if anyone decided to come barreling down the road behind us. The bison were coming at us, but were making ample space and leaving our lane mostly clear. So we could have moved on at any time, but instead lingered in a highly dangerous spot. It’s about the worst thing they could have done (especially in winter).

Of course, there was the “local” last spring who sought to escape a lone bison on a bridge by backing up and away… also around a blind corner. That was definitely worse (in case you think I’m just trying to pick on a rookie).

We finally got rolling again, but soon encountered another herd. The vehicle stopped again, a good 75 yards before the first bison. I’d had enough, so I eased on by, and was able to slowly drive on one side as the animals stuck to the other lane (as they so often do). Hopefully a lesson was learned… though half the time I just get a middle finger in such situations.

Continuing eastward at a more normal pace, I was able to make an obligatory raven stop near Roosevelt. 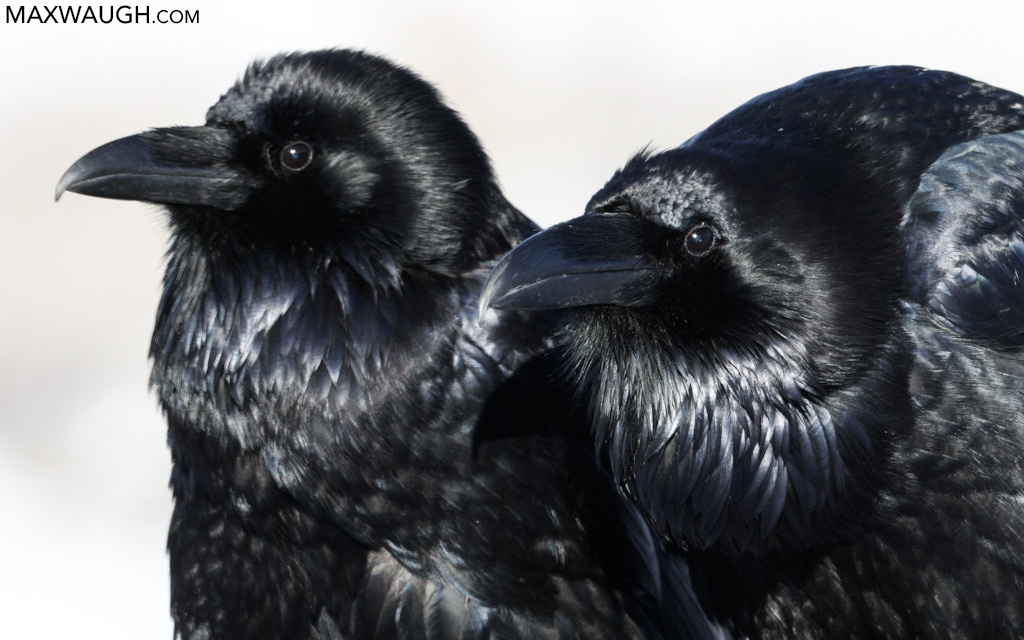 Soon after, I ran into a friend who mentioned that an otter had been out by the Confluence. By the time I got there, it was gone, but I hung out for a while—it was beautiful, relatively warm, and sunny—waiting to see if it would emerge. An hour-and-a-half later, it did. 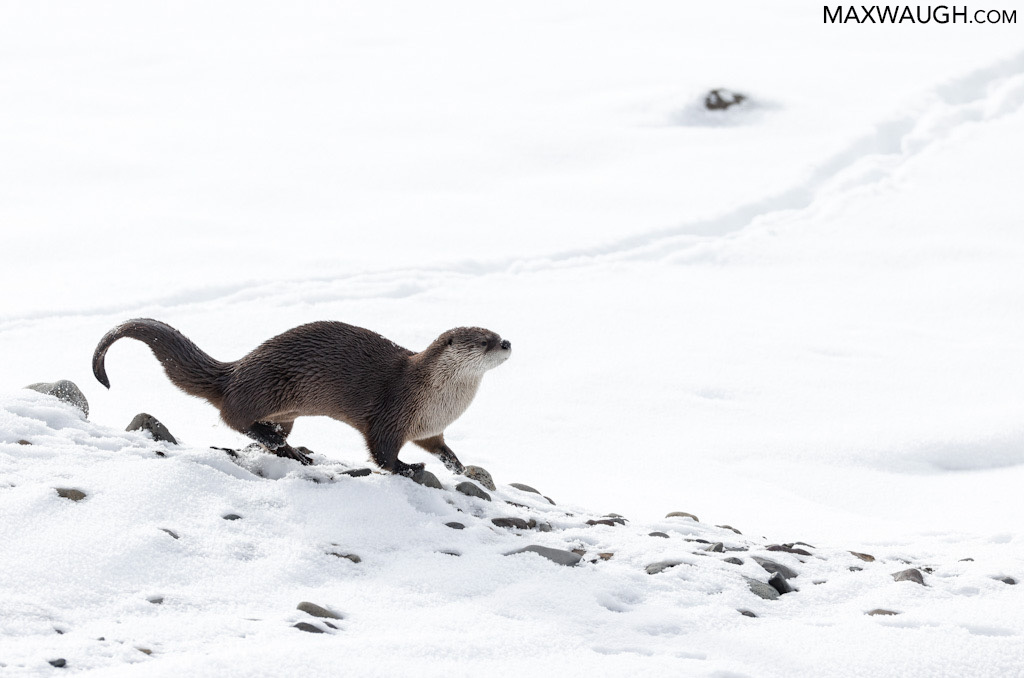 The otter wandered away from the water to perform the Poop Dance before returning to the river and swimming away. A brief encounter, but finally, a mustelid sighting!

That was about it, though not for lack of trying. I hiked out a ways in the valley to check another potential otter spot, and covered ground both to the east and west behind the wheel, but things remained quiet.

Perhaps the biggest piece of news is that snow was in the forecast… and indeed, by the time I reached the northeast gate, it was coming down. I hoped we’d get a healthy amount in the park to cover up a bit more of that sage!

Not nearly as much snow fell as I had hoped. And if Silver Gate didn’t get much, the park probably didn’t either. But it was still coming down a little, so I held out hope that the park would look prettier.

Instead, it was mostly gray, and increasingly blustery as I drove west. Today I opted to follow through with a full drive to the north entrance and beyond, to cover new territory and mix things up a bit.

As I drove through the Roosevelt Arch, it was like opening the door of a gloomy house and stepping outside. The wind died down, the sun shined brightly, and the temperature jumped to over fifty degrees. I continued along the Boundary Road (what I’ve always called the Old Yellowstone Trail). I love this area in winter, even if it’s often quiet on the wildlife front. The yellow winter grasses contrast nicely with the dusting of snow on the ground.

Ravens circled to the south, carried far and fast by the wind. Eventually, I found one of the two species I expect to see here, pronghorn. 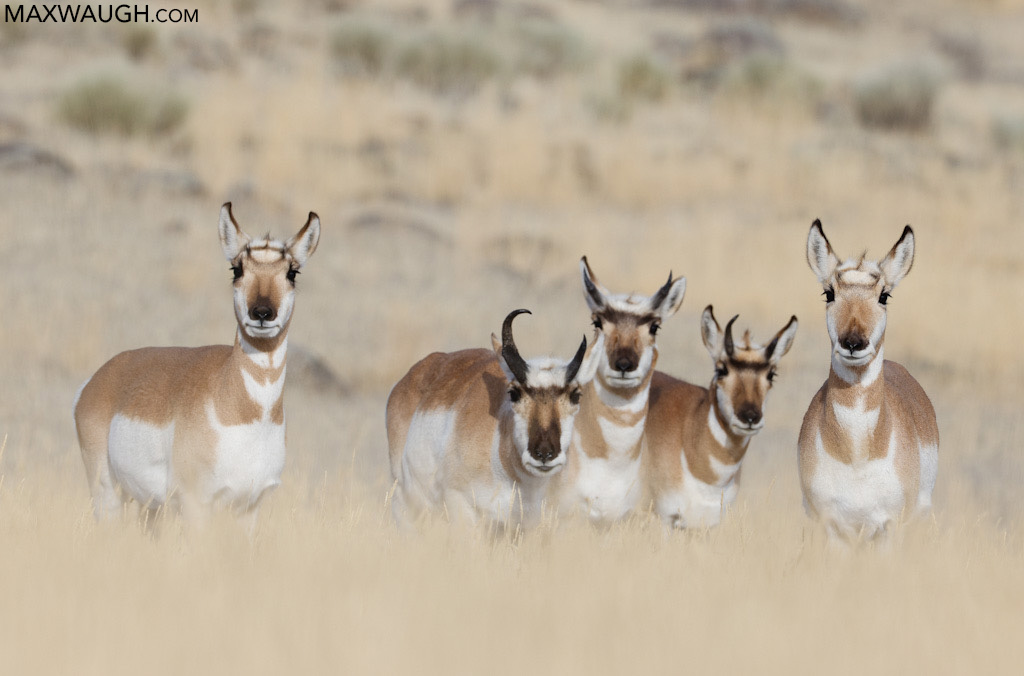 In their winter coats, they match the landscape perfectly. I kept driving and eventually spotted my other quarry, bighorn sheep, but there were only a few individuals scattered on a distant hill.

Eventually I found my way back into the park, and the weather quickly grew iffy again. After a lunch stop near Elk Creek, I drove toward the northeast, ultimately finding myself at the Confluence. Here I ran into a few friends, just as the wind was starting to pick up, blowing snow sideways. With the onset of the foul weather, we had been discussing a certain photograph of a bison in a heavy snowstorm. Someone asked if there were bison nearby to pair with the snow… and it just so happened I’d passed a herd coming around the bend.

So we went back and tried our luck at photographing some miserable buffs. This was a different kind of storm than the one I had previously photographed. Instead of big, soft, pillowy flakes falling at a slight angle, we were dealing with tiny, icy projectiles with a flat trajectory.

And then the wind went to Eleven. OUCH! 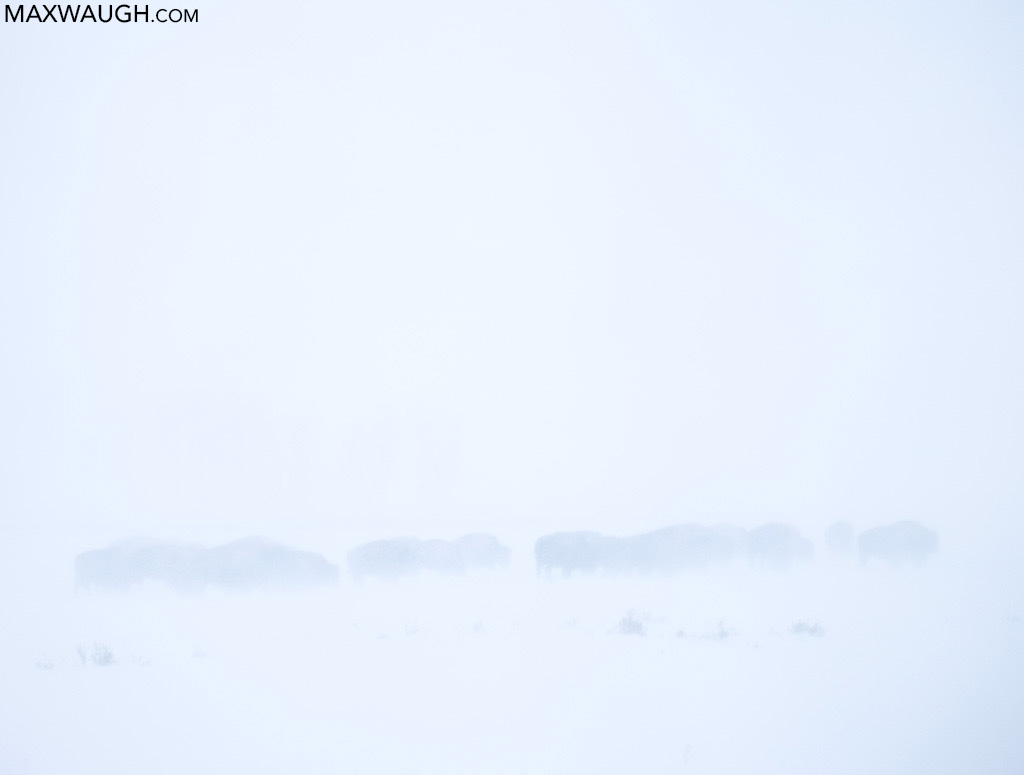 It was nearly impossible to look up, as those needles furiously thwacked any exposed surface. The icy and snow was coming in hard enough that I wondered if the finish on my lens glass survived the pounding.

At this point, the bison definitely felt it too. They bucked and thrashed, and gathered in the distance during the onslaught. Unfortunately, it was nearly impossible to take photos. Aside from the actual torture of facing the wind, cameras couldn’t focus. I was basically guessing while I fired off a few shots. 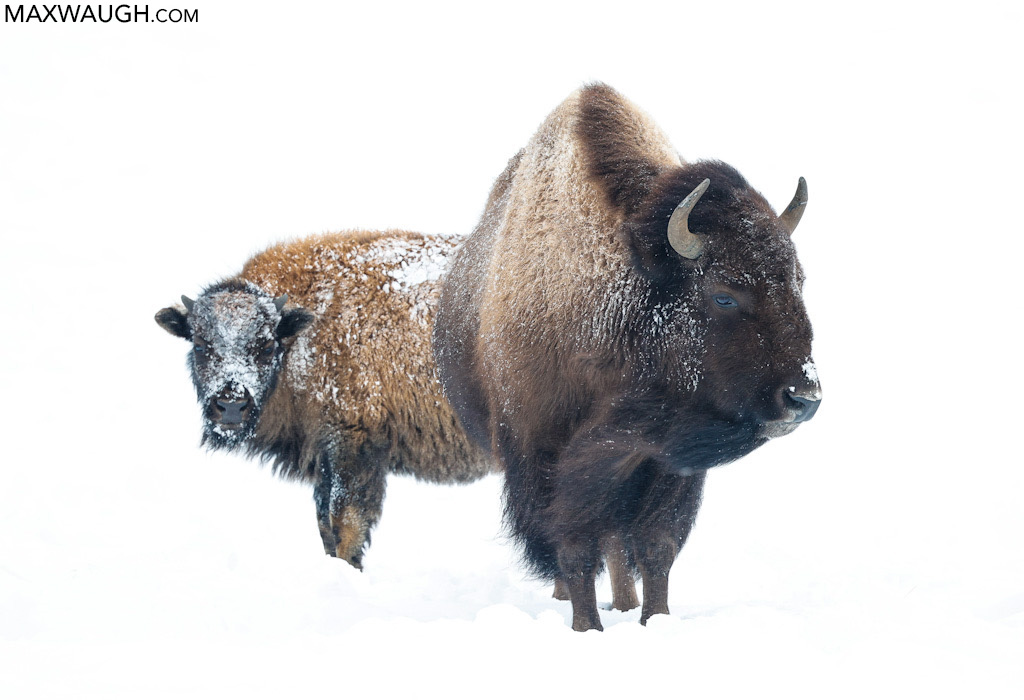 Only a little bit at first (I could actually keep my eyes open). In time, we began to see blue sky on the horizon. I admit that, despite the hardship, I would’ve probably wanted to continue photographing them in miserable conditions. Once the sunlight hit the herd, the magic was gone.

We explored a bit more. The wind continued to make for a dramatic environment, but we could never find the right subject to frame in front of the maelstrom. Nonetheless, it was a very memorable afternoon!