I’ve been sharing new photo galleries from the July/August South Africa trip, and the final gallery (Big Cats) is about to go live next week. Before we get there, it’s time to highlight some of Jenn’s photos from this trip.

Jenn and I have traveled a fair amount together, but that’s lessened somewhat since I started leading photo tours. And the whole parenthood thing, which has reduced travel for both of us. Prior to this year, she had only joined me on one official photo tour. Otherwise, we’ve taken trips together to various wildlife destinations (Costa Rica, Rwanda, South Africa, Ecuador, etc… more recently, Tonga for whale swimming), but more of our shared trips these days involve family time out at our Yellowstone property.

It had actually been several years since Jenn was on a trip where she actually picked up a camera and took wildlife photos. The last time was six years ago in the Galapagos, and the previous time was another three years before that. So this year’s South Africa adventure marked only the third time she’d taken pictures of wildlife in a decade.

And you know what? She knocked it out of the park!

Since I switched to mirrorless bodies, Jenn was borrowing my old Canon 1DX Mark II and 100-400mm EF lens for this trip. Not a bad hand-me-down. In South Africa we weren’t always in the same vehicle or sharing the same sightings. Since we had eleven people in the group, we were split between two vehicles, and I would jump back and forth between them each day to spend time with everyone. So Jenn was often enjoying some encounters I missed. But even when we were together, she either had a different angle or perspective that allowed her to create more interesting shots… or she simply nailed an opportunity that I missed! Especially later in the trip at MalaMala and Tswalu, Jenn was consistently coming away with some outstanding photos. Meanwhile, I was sitting in the corner muttering about my misses.

In reality, I’m incredibly proud of the work she did, especially after shaking off the rust. Jenn’s photos are included in all three South Africa 2021 galleries in the archive (remember, Big Cats is going up next week) and can be purchased as prints or licensed alongside my own. Please enjoy some of her best work below. 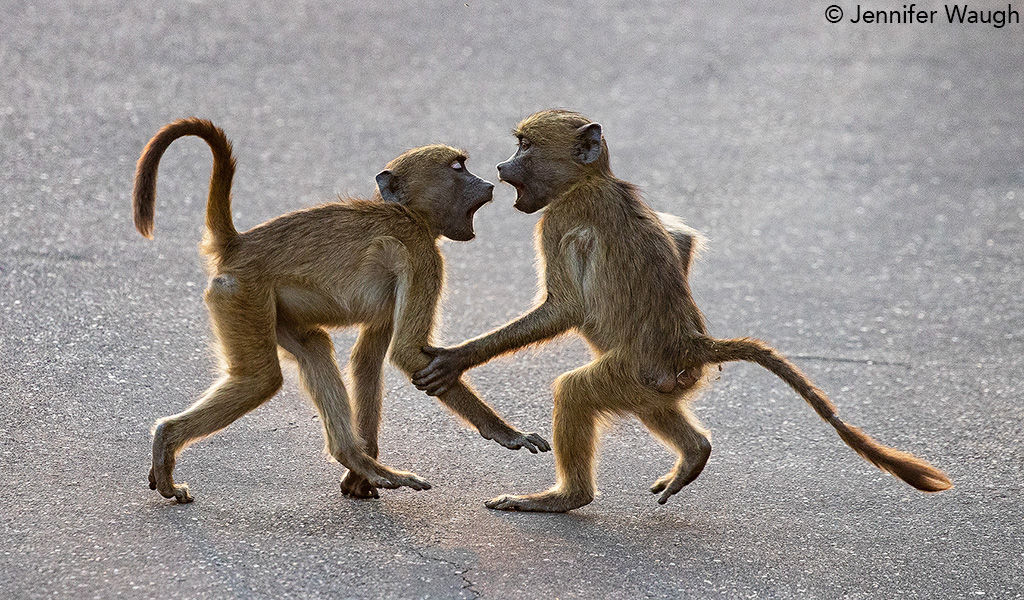 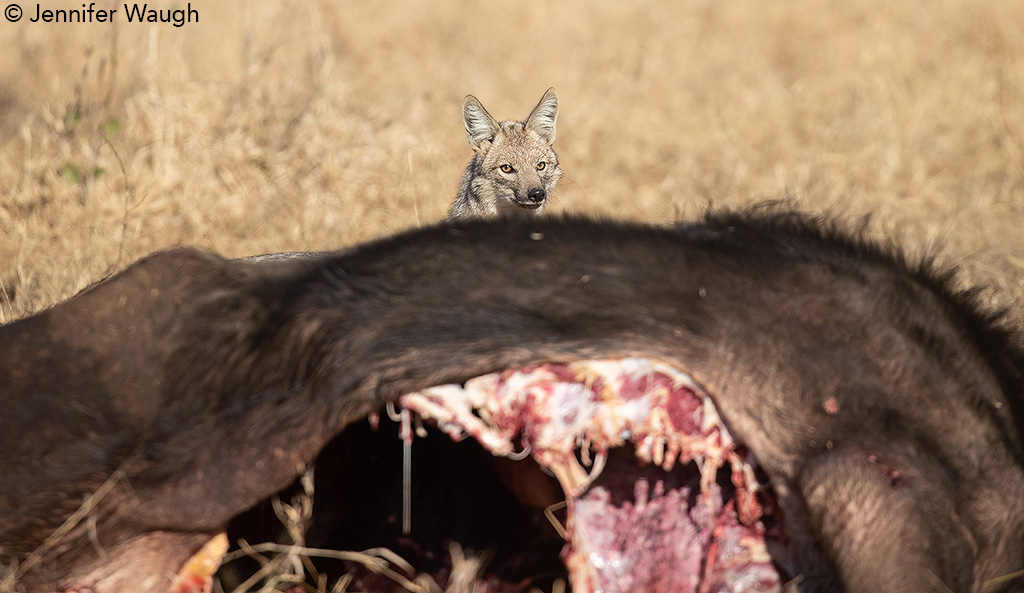 A side-striped jackal investigates a buffalo carcass while the lions are away. 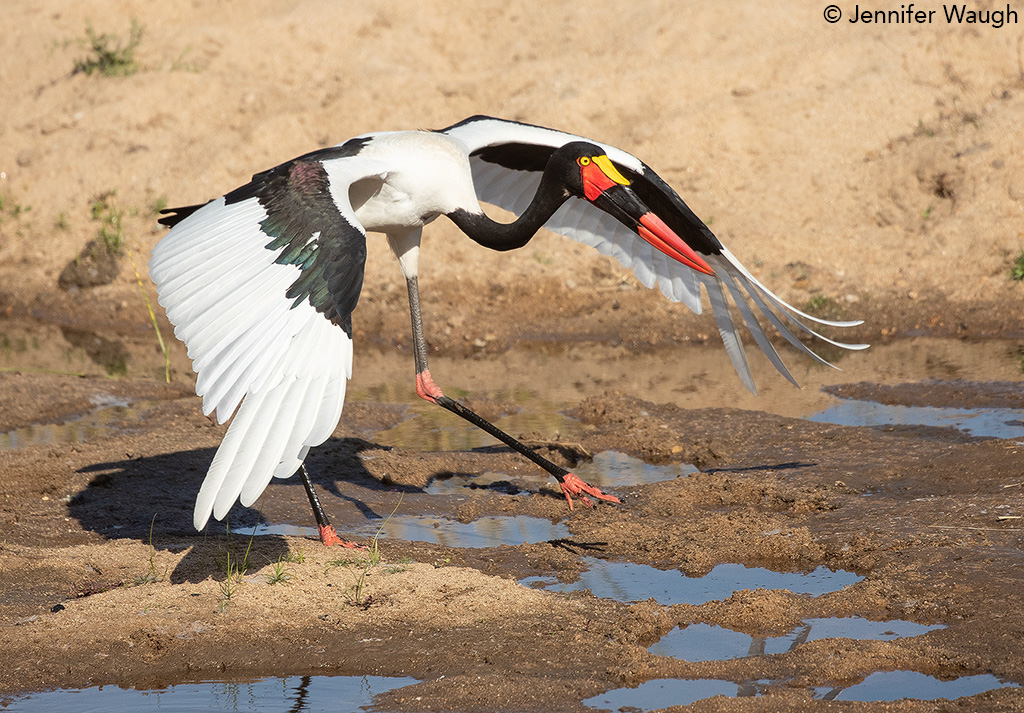 Thought to be the tallest stork in the world, the Saddle-billed is also one of my favorite African birds. The male sports dark eyes, the female bright yellow eyes. 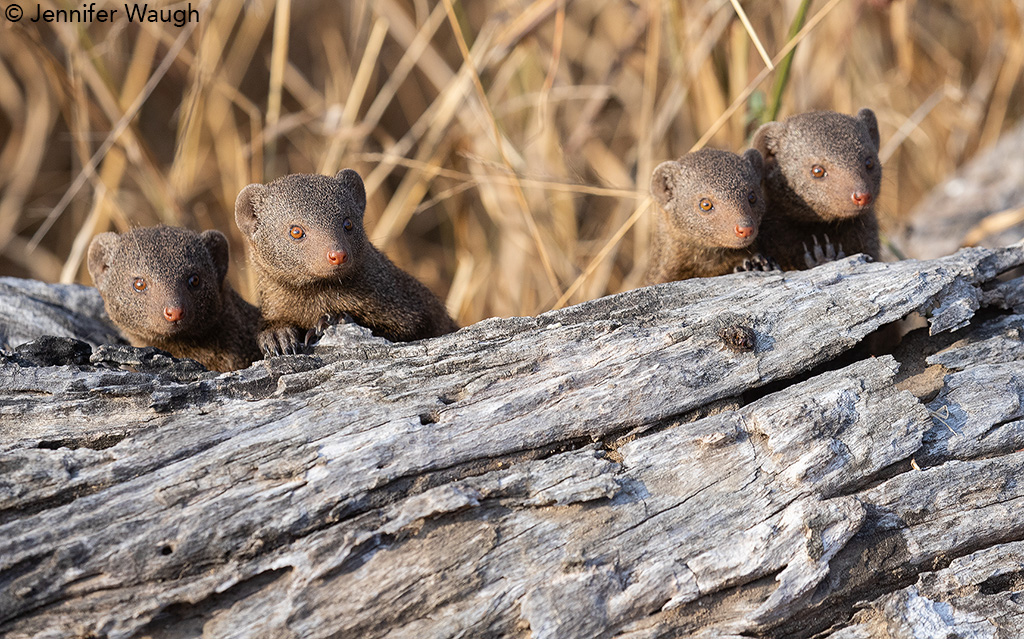 We saw loads of dwarf mongooses, including during this nice family portrait opportunity. 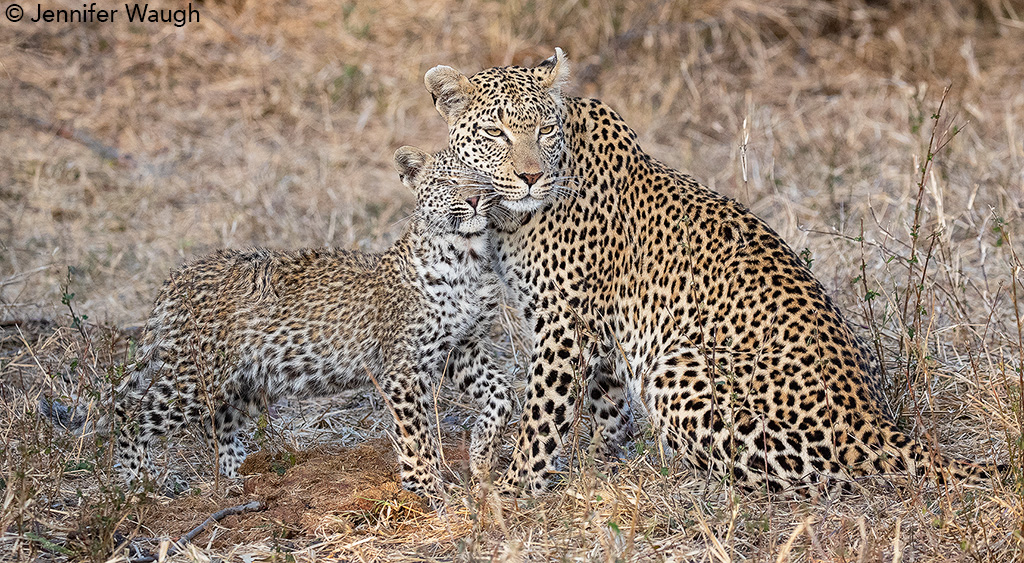 We spent some time with a female leopard and her twin cubs at MalaMala. Jenn’s vehicle happened to get them together on the ground one morning. 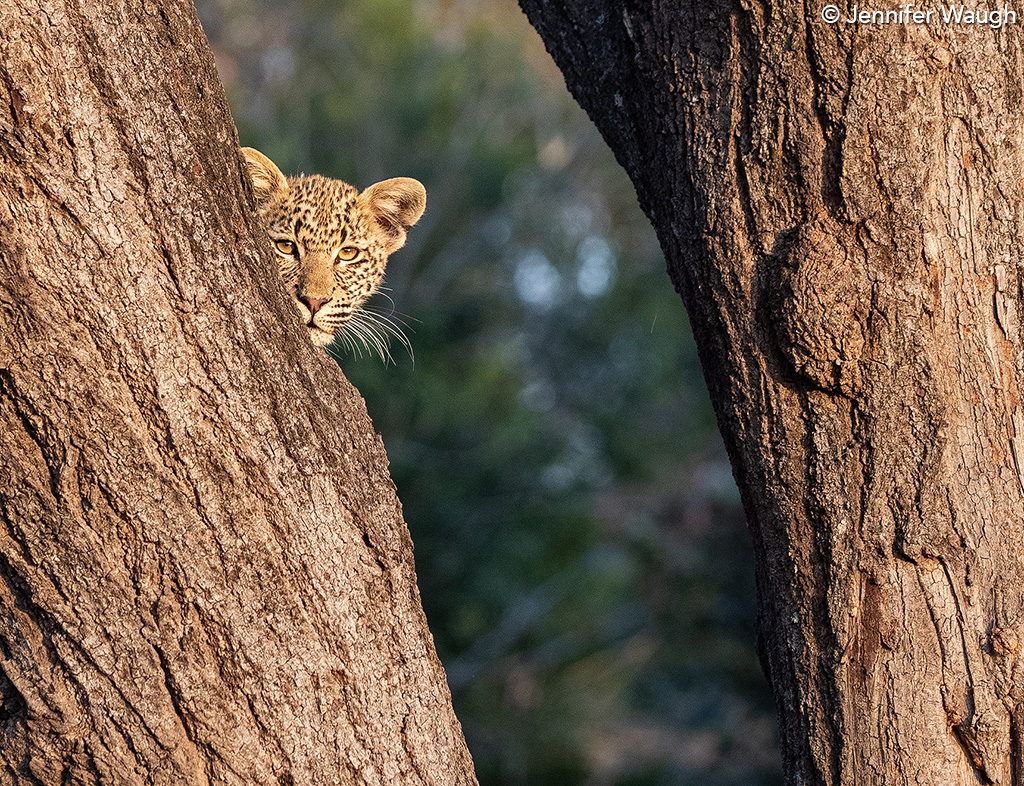 They provided some nice moments, and Jenn was on hand for the best of them. 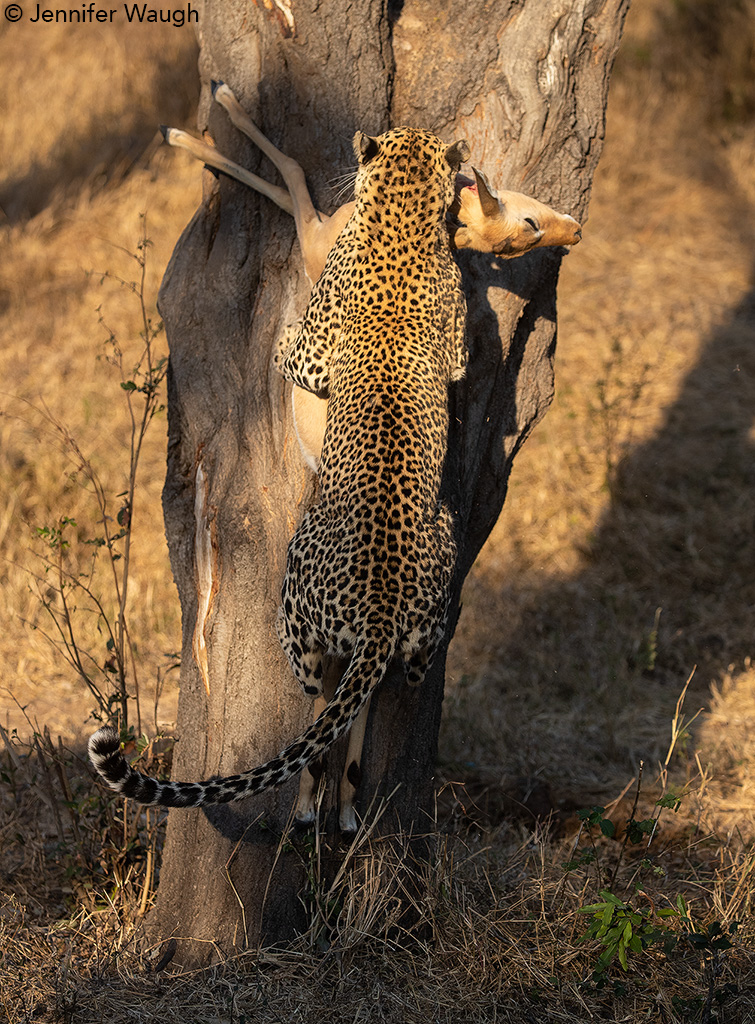 We got to witness the mother leopard killing an impala (behind a bush) and hauling it quickly up a nearby tree. 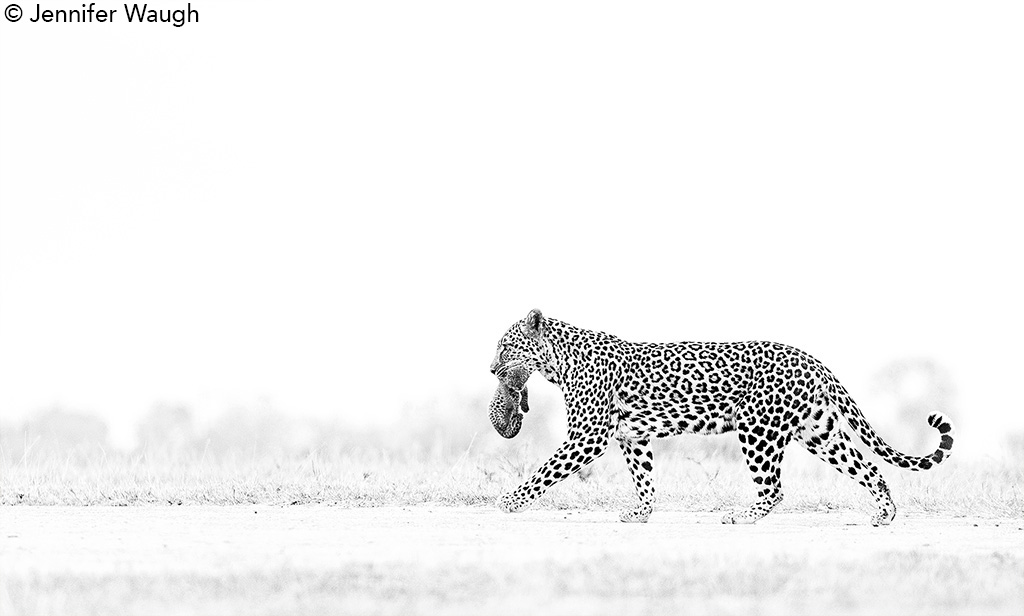 We were fortunate to witness a female leopard moving her (1-2 week old?) cubs to a new den site at MalaMala. This is my favorite of Jenn’s photos on this trip. 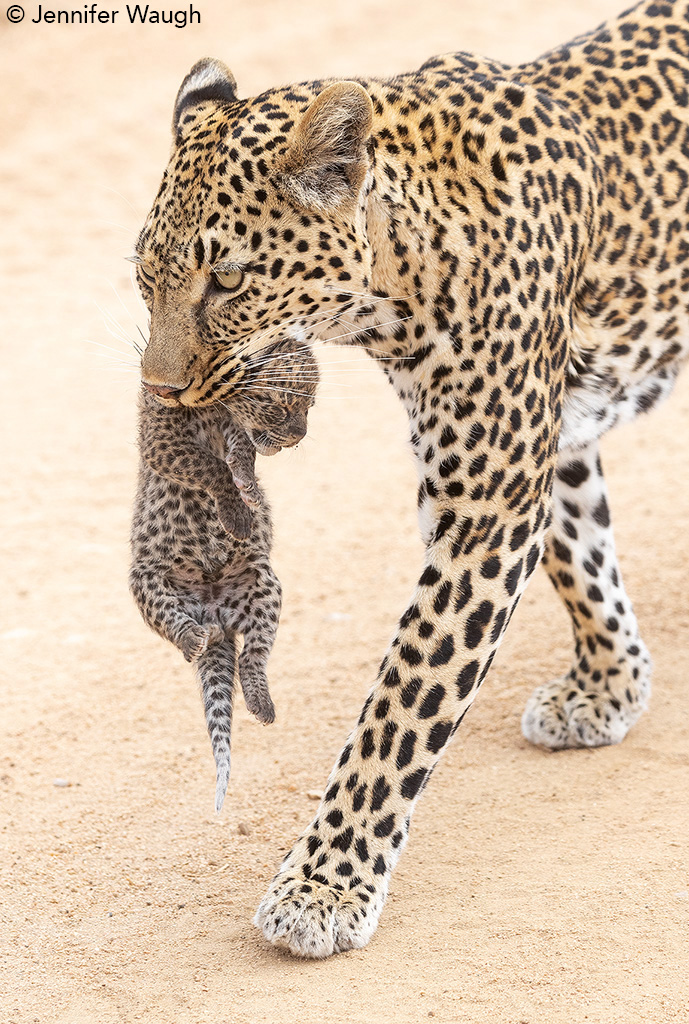 Eleven years prior, Jenn and I had see another leopard moving her cub at MalaMala, so this was pretty special for us to witness again.

At Tswalu, we photographed the South African Shelduck for the first time. The male didn’t seem keen on sharing a watering hole with other birds of similar size. It spent a lot of time chasing guineafowl. 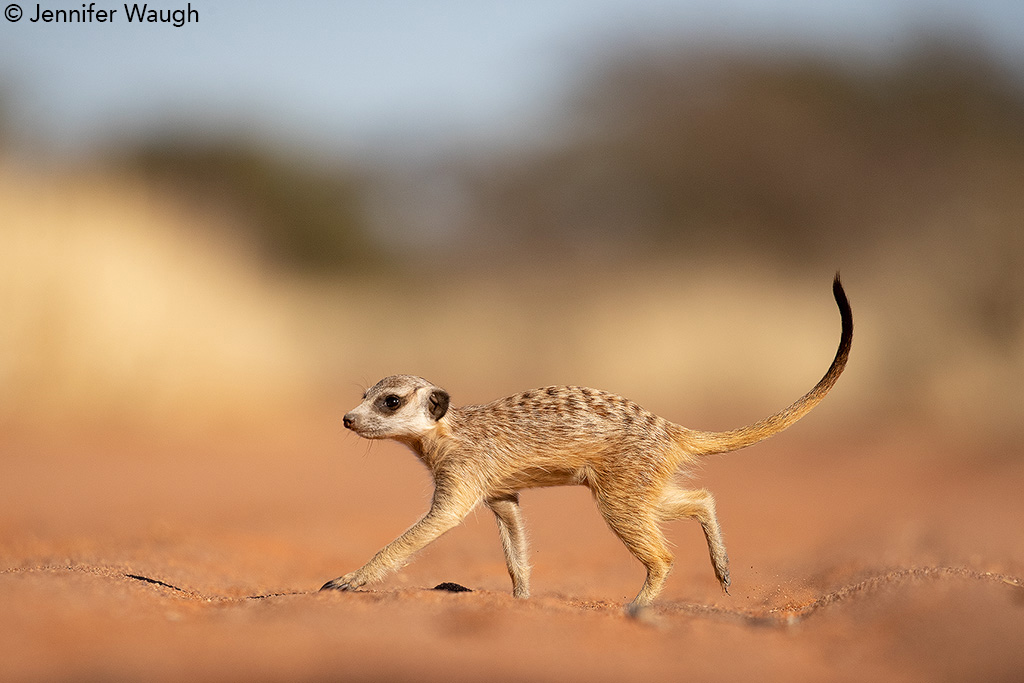 One of the highlights of our visit to Tswalu was the time we spent with meerkats, including a couple of close photo sessions with some families that were more used to human presence.

Meerkats are proficient diggers, and the red sand of the Kalahari made for a nice setting. 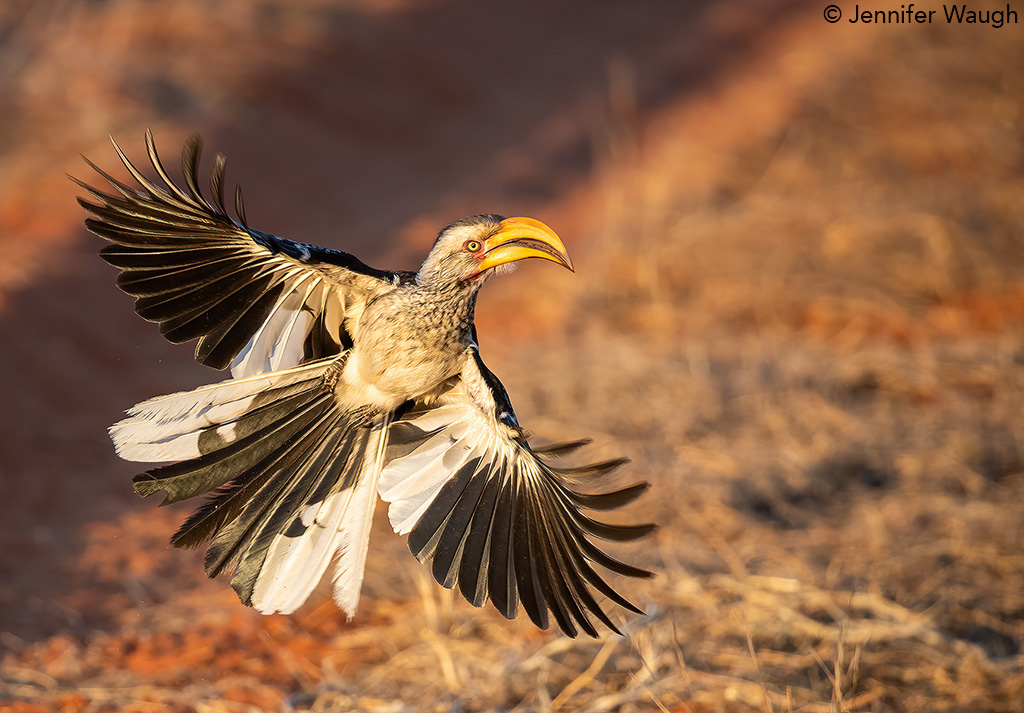 The Southern Yellow-billed Hornbill has a well-earned nickname: The Flying Banana. 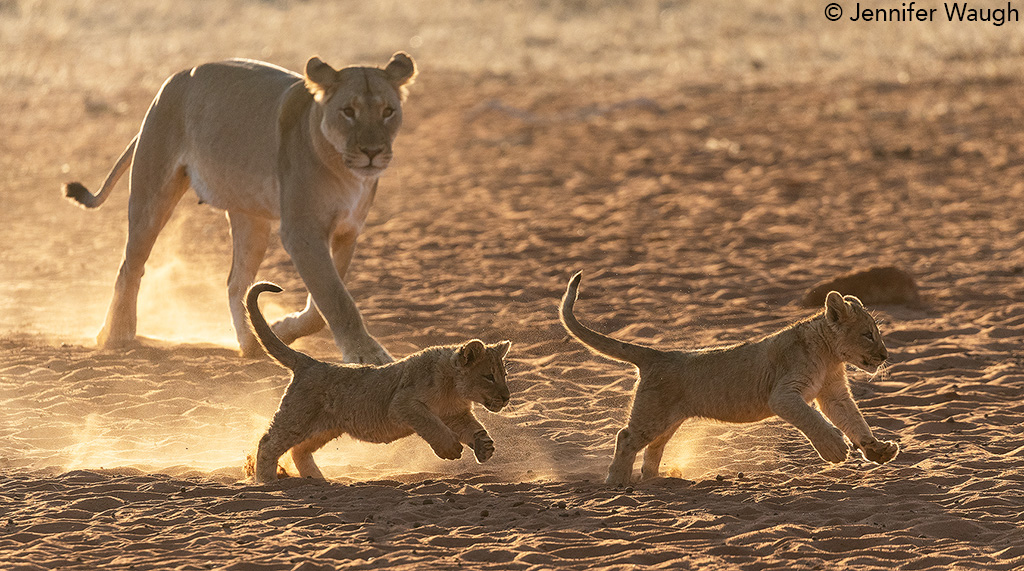 Our lion encounter at Tswalu is on of the best lion shoots I’ve experienced. 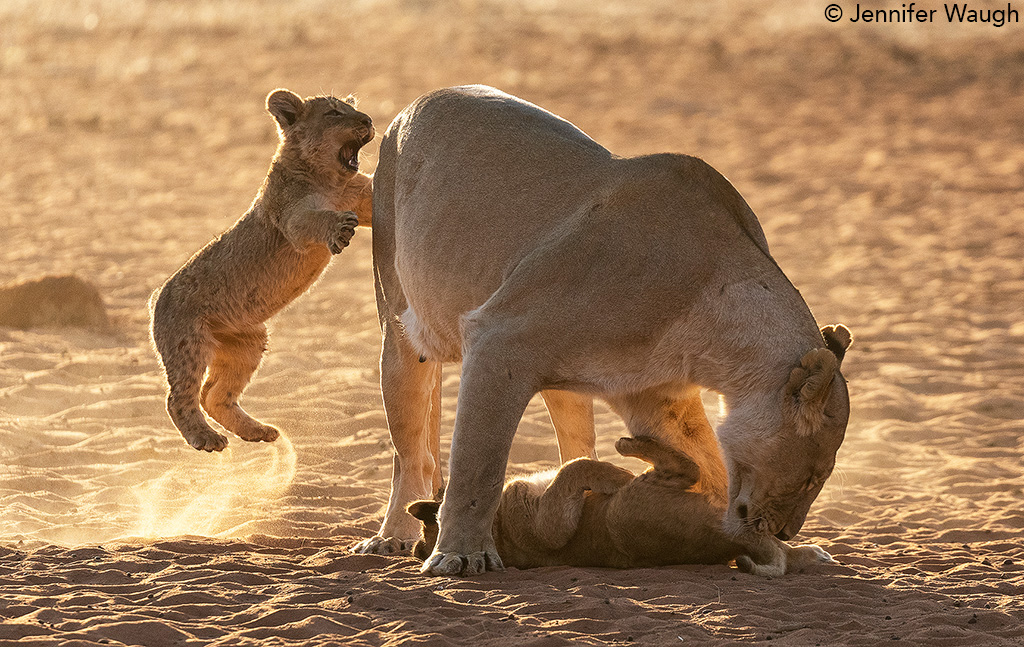 Jenn did a better job nailing some of the backlit action on this morning than I did! 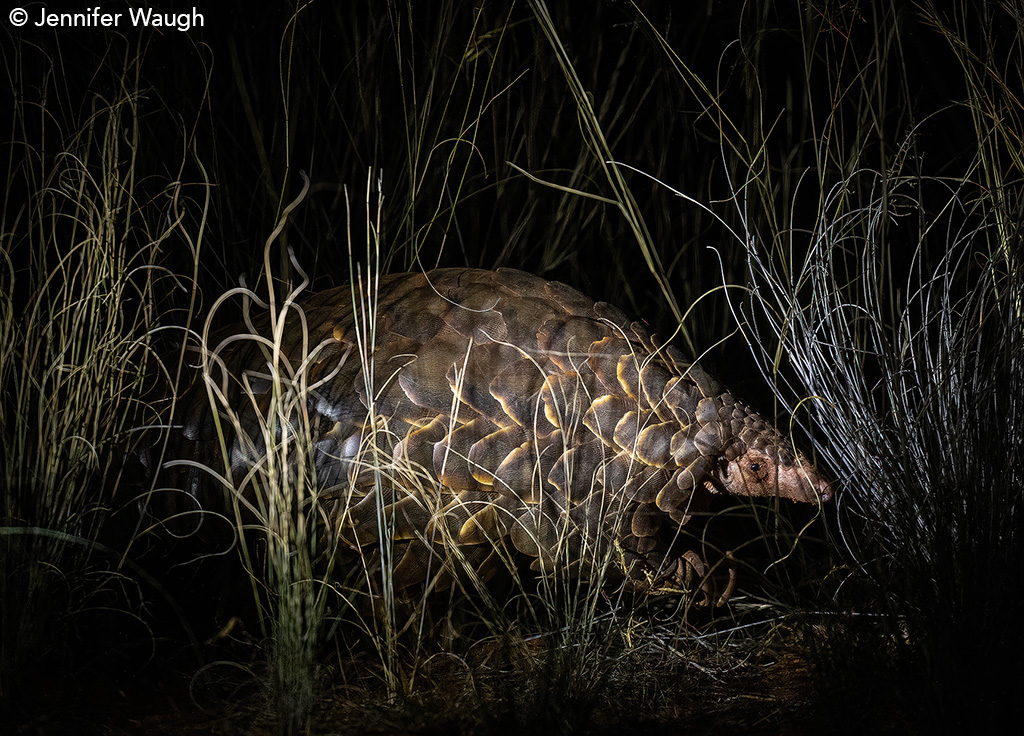 I was pleasantly surprised how well our pangolin photos turned out in a limited opportunity and with all the long grass, but I particularly like Jenn’s portrait here (I shot the same scene tighter, but I think the grass adds a nice element to the composition).

Be sure to check out our full photo galleries in the archive: