It’s time to wrap up my 2021 South Africa trip photos with the third and final gallery: Big Cats. The first two parts—Birds and Wildlife & Scenery—were shared in recent weeks, and you can now see all the photos in the archive.

This gallery contains photos of the lions, leopards, and cheetahs we saw in the Greater Kruger and Kalahari during our trip. Though hardly my favorite cat, lions put on a nice show. We experienced two of my best lion encounters ever thanks to a bevy of cute cubs at MalaMala and Tswalu. Leopards provided many highlights too. We saw three hunts (two successful!), and had some memorable cub sightings, including the smallest leopard cub I’ve ever seen. Cheetahs proved to be elusive for most of the trip, but on one day at Tswalu, we saw four, and had a chance to follow a mother with twin cubs for a couple hours (she too hunted, though out of view).

You can jump straight to the new gallery of 134 photos in the archive. A short preview is below. 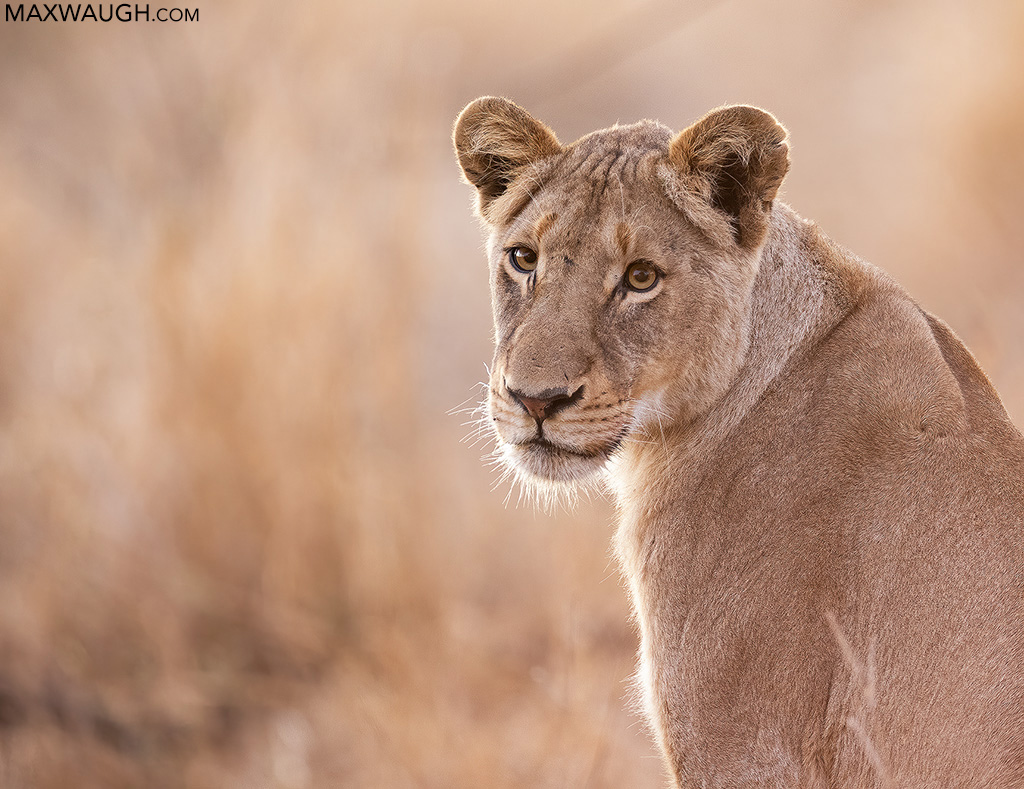 We had several lions sightings in Kruger National Park. Early one morning, a pride was hunting near the road. This is a longer exposure (1/25th) taken in pre-dawn darkness. 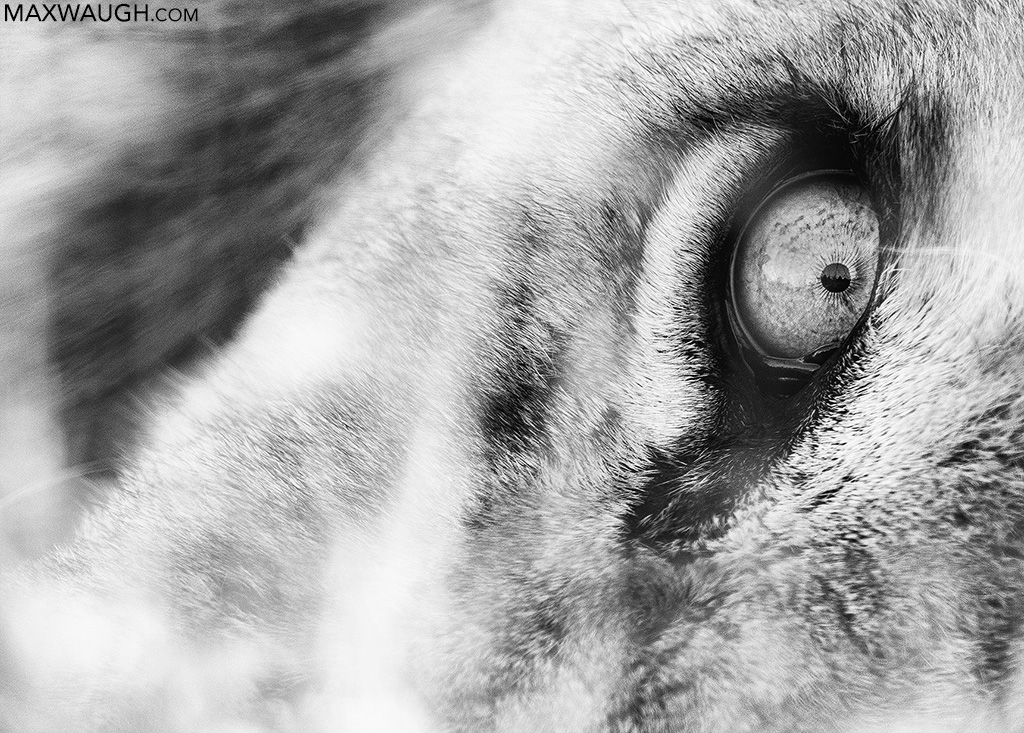 We kicked off our MalaMala sightings with a mating pair. Here, a restless male waits for his beau to wake up. 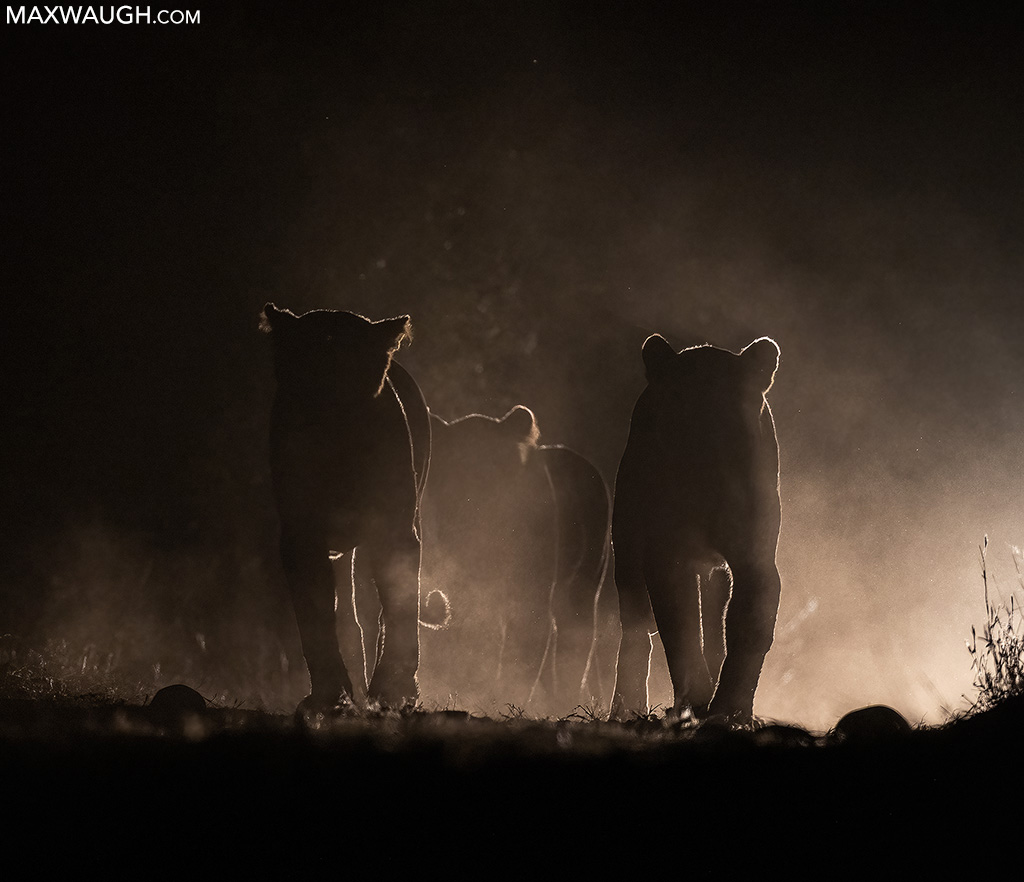 A lioness foursome patrols their territory at night at MalaMala. 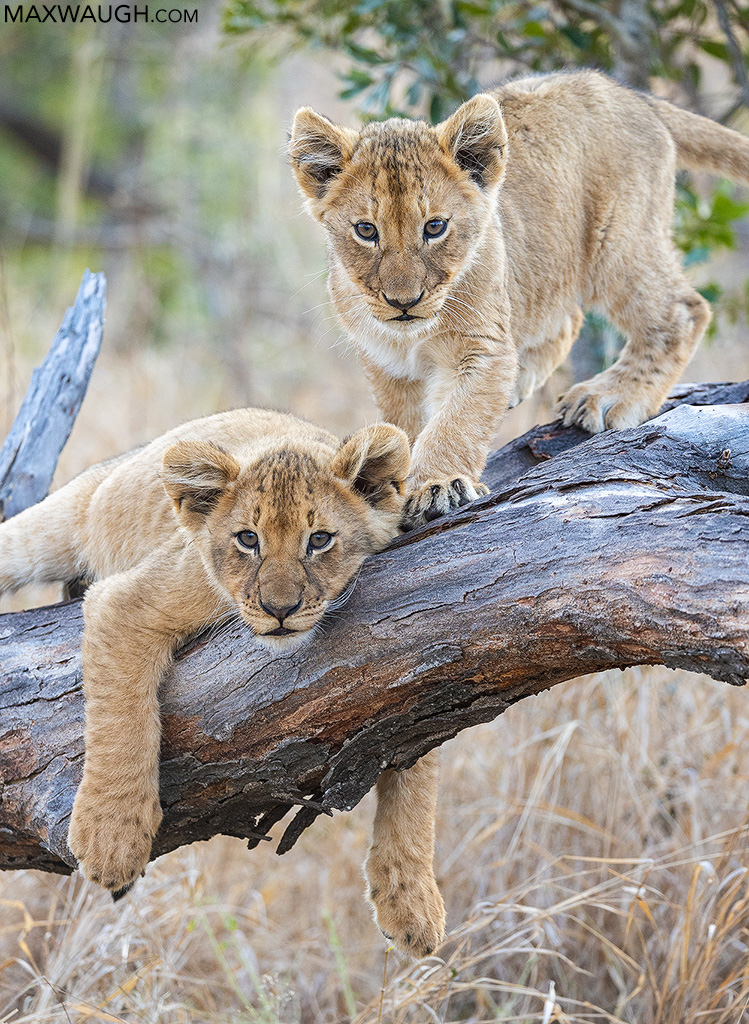 We had a couple of great sessions with lion cubs at MalaMala and Tswalu. 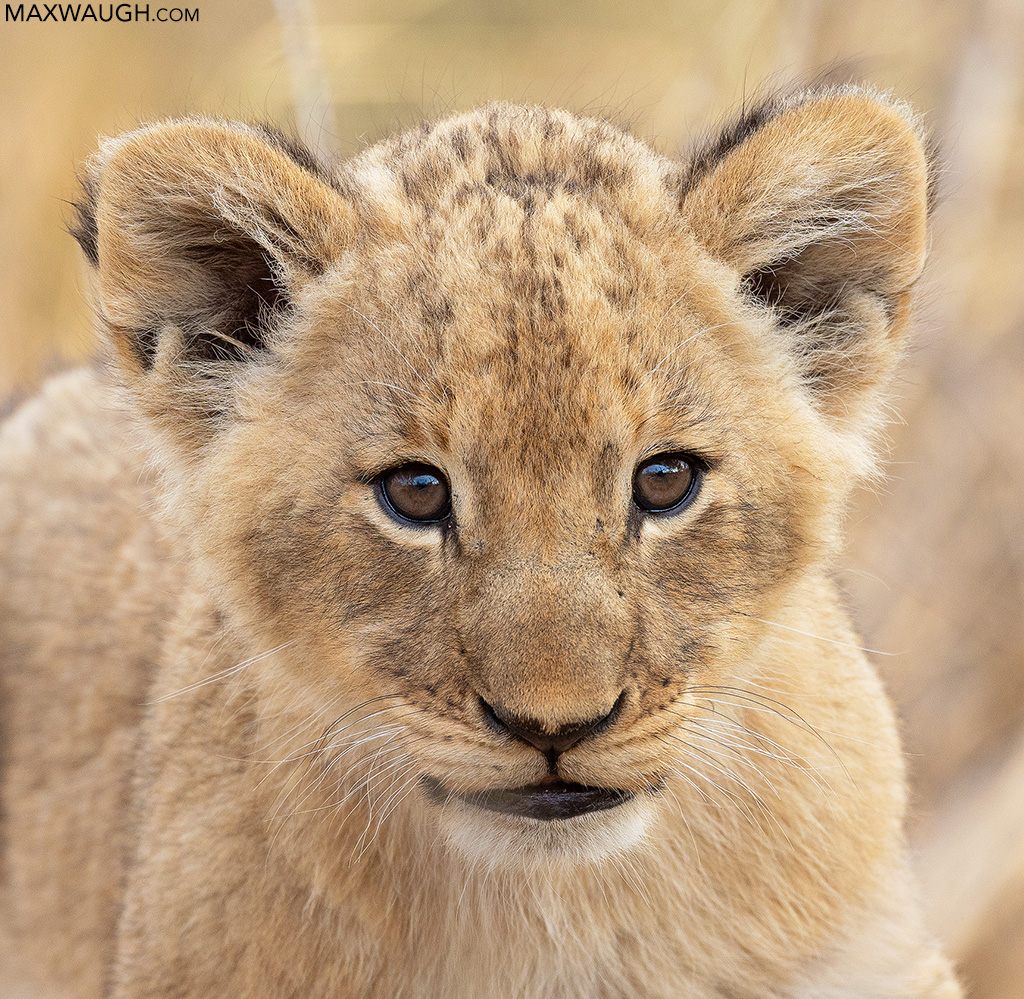 Cubs of different ages could be found in each family. 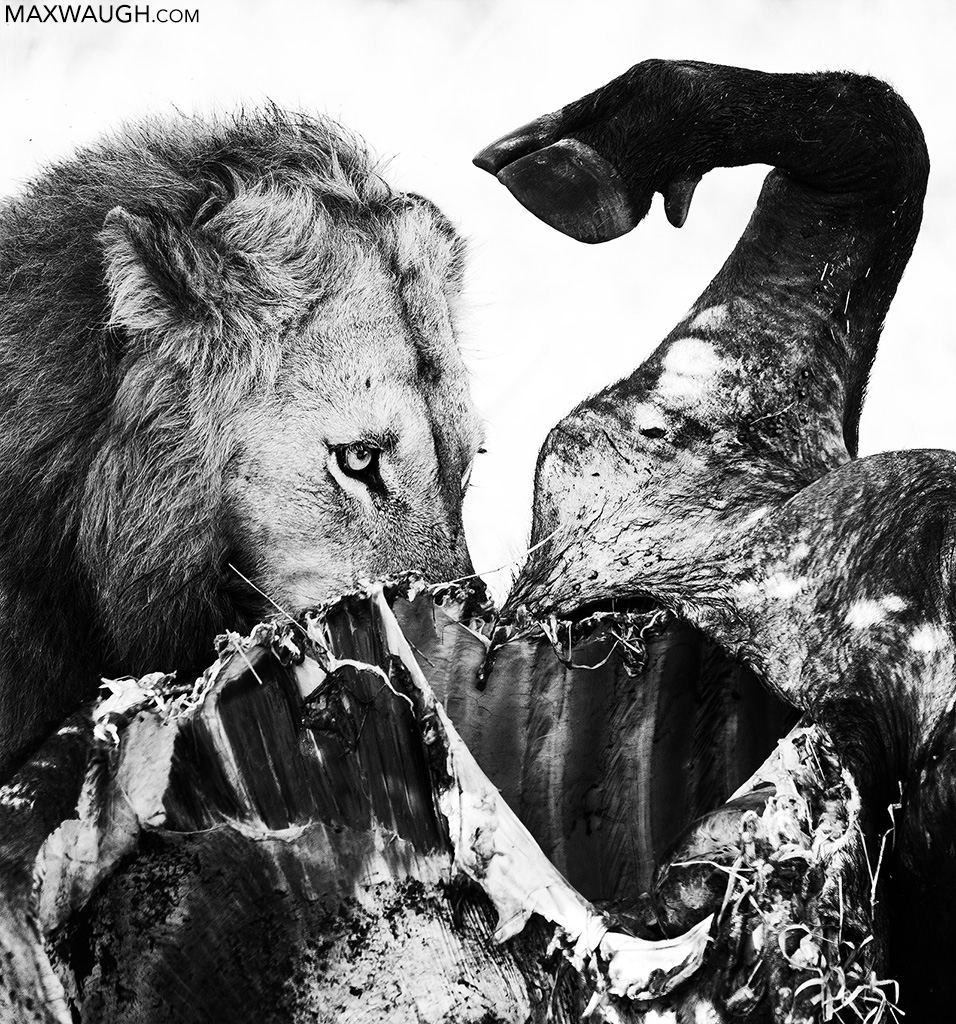 A male lion works on the carcass of a Cape buffalo.

The pride at Tswalu put on a lengthy show for us. 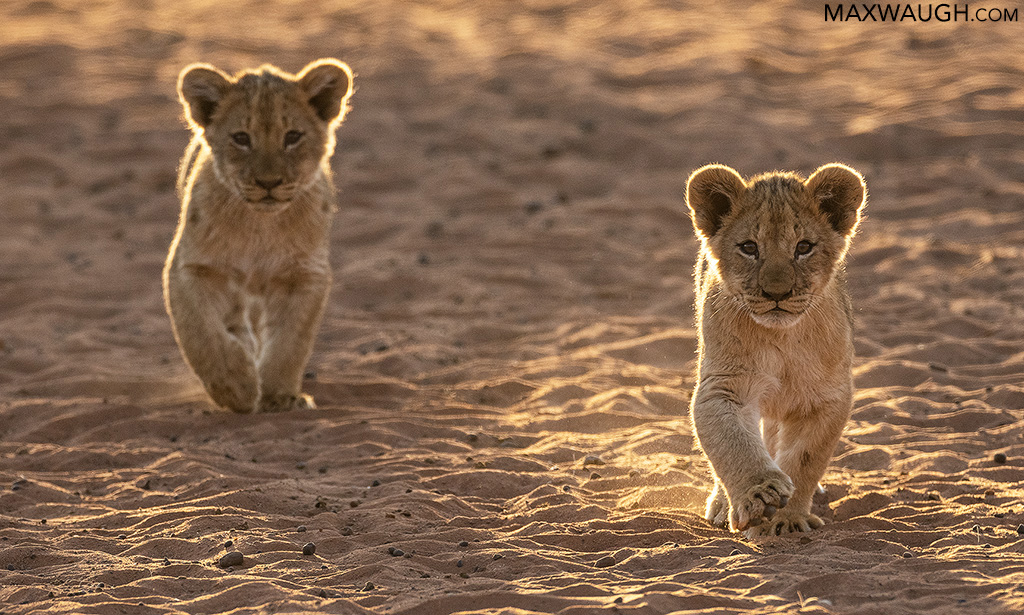 Playful cubs, morning light, and some magic dust made for a fun shoot. 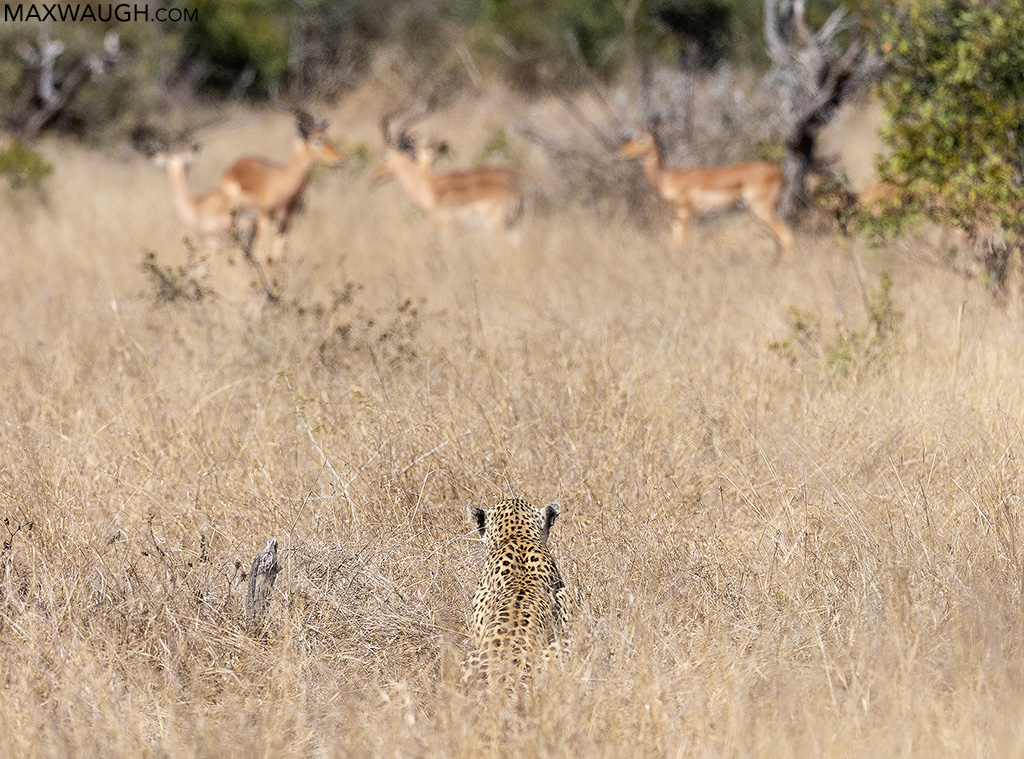 Leopard sightings aren’t common in Kruger, but we had a couple of nice ones, including two hunts. This one didn’t amount to much, as the impalas detected the cat early on. 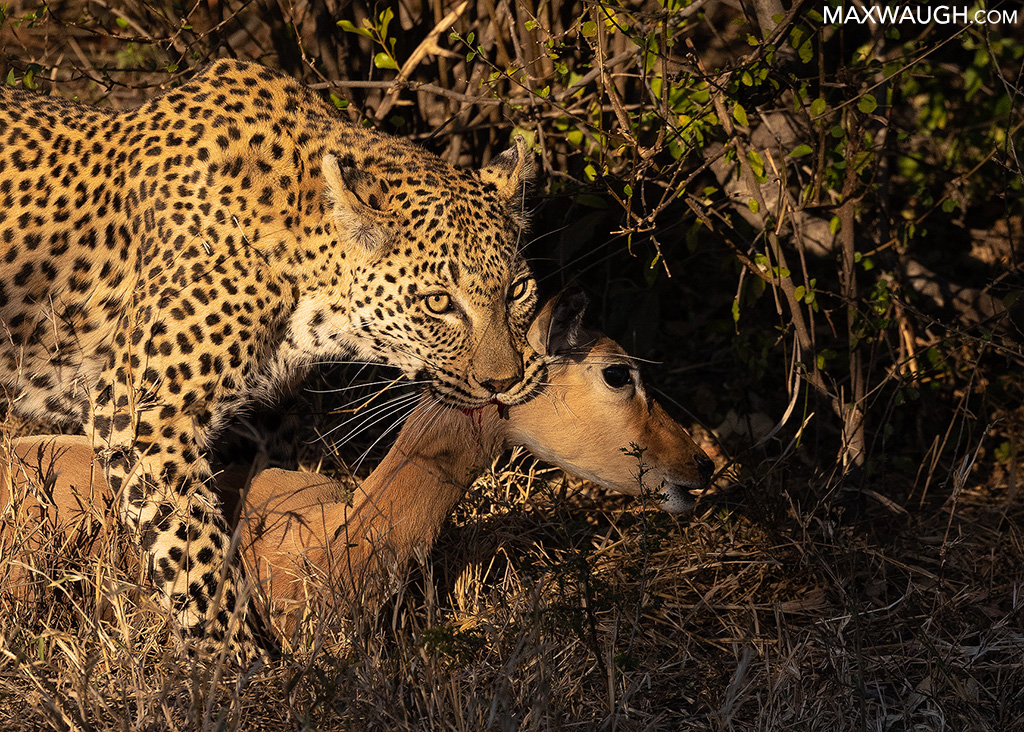 Subsequent hunts were more successful. Though the kill occurred behind a bush, we were able to watch this female drag her prize up a tree. 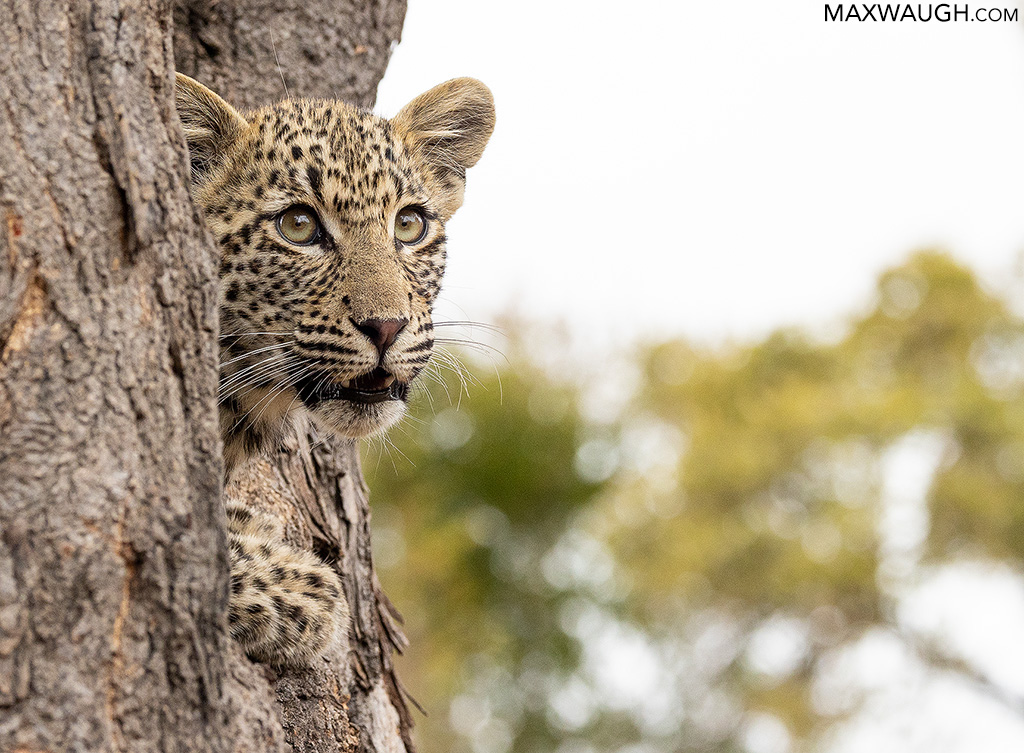 She had two young cubs that we saw a couple times. 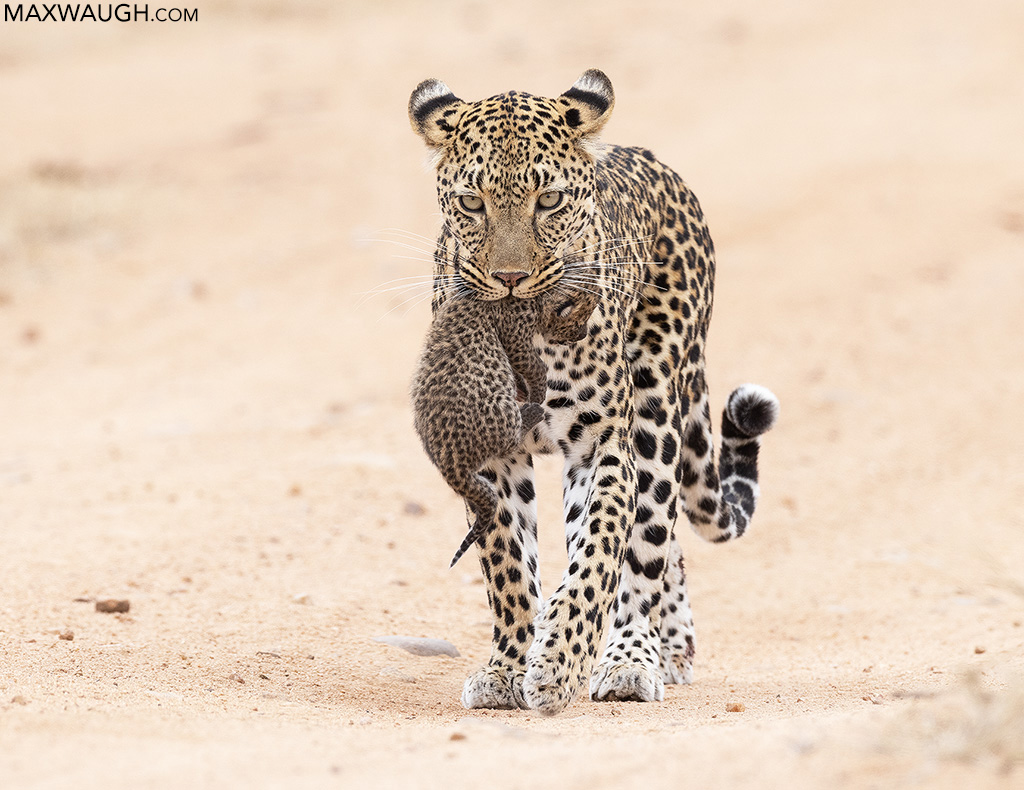 We were fortunate to witness a female leopard moving her (1-2 week old?) cubs to a new den site at MalaMala, as previewed in Jenn’s series last week. 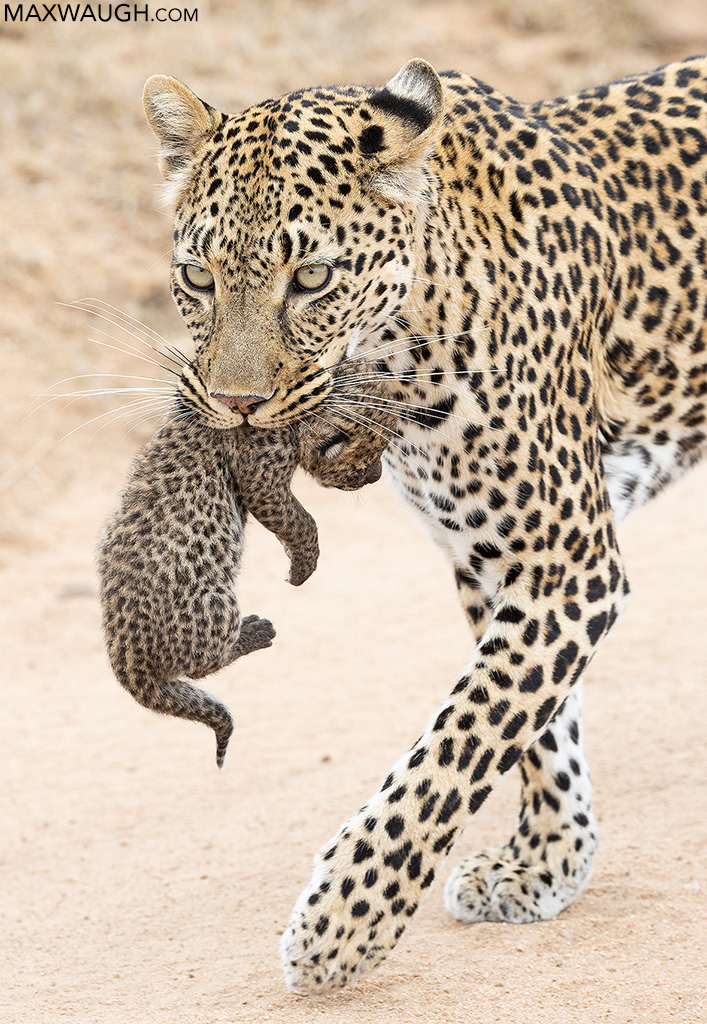 Eleven years prior, Jenn and I had see another leopard moving her cub at MalaMala, so this was pretty special for us to witness again. 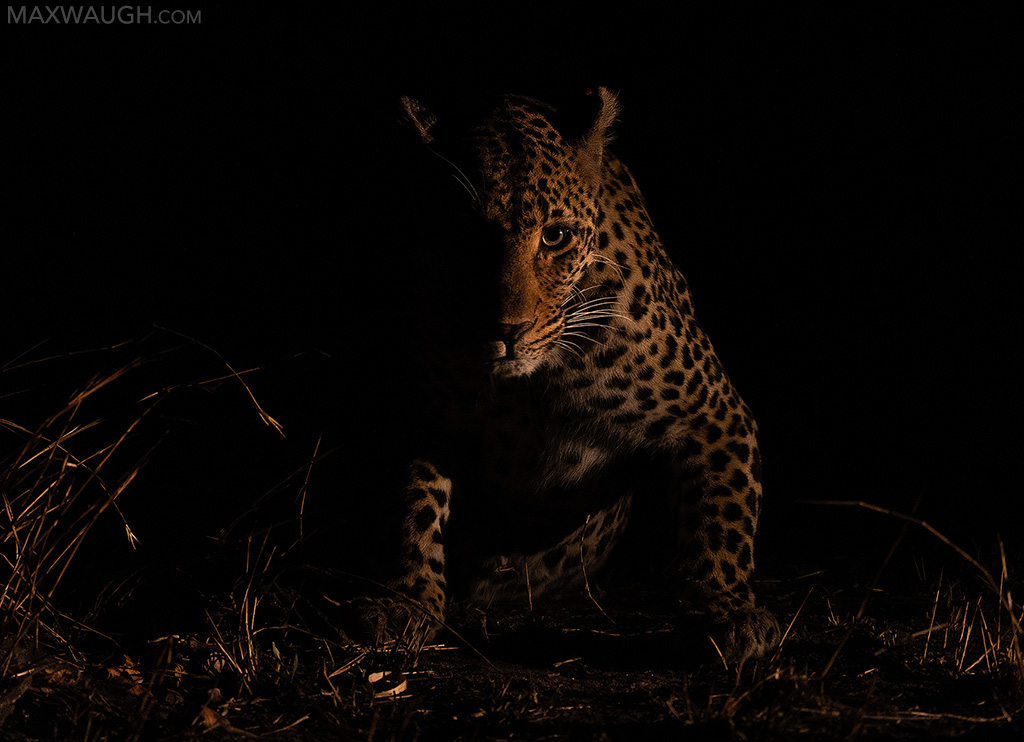 This older female is a leopard that I photographed on previous trips to MalaMala. She was pretty beat up (only had one eye), but had been successful in raising a couple of healthy males over the years. 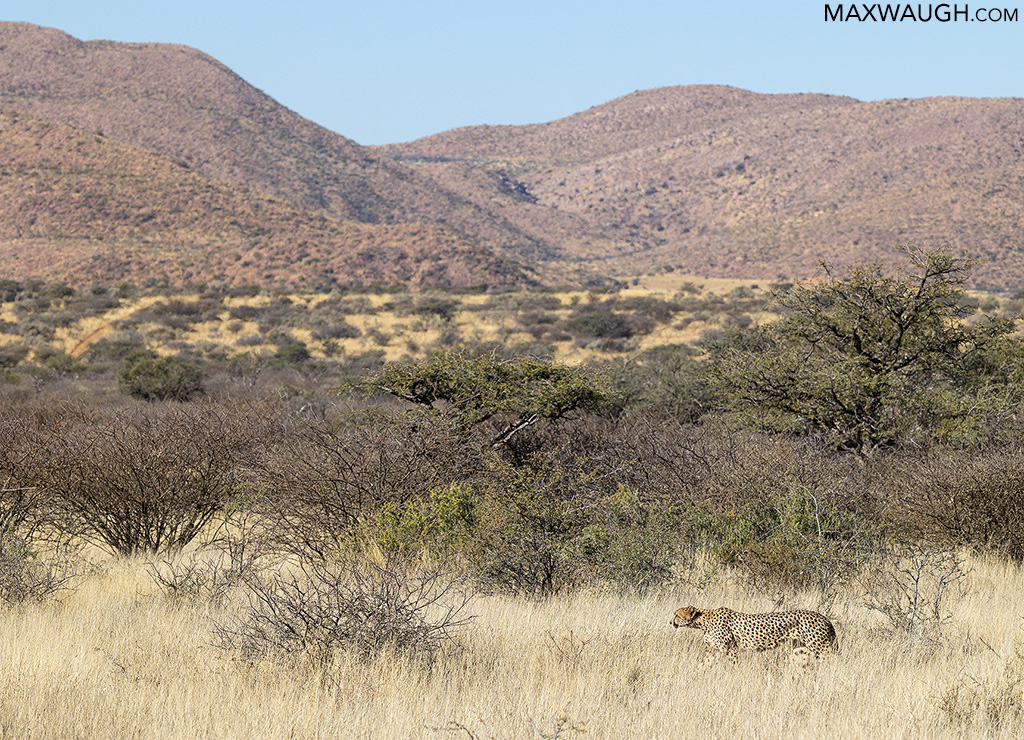 We missed out on cheetahs in the Greater Kruger area, but managed to find some at Tswalu.

This mother led her cubs across the varied desert landscape. 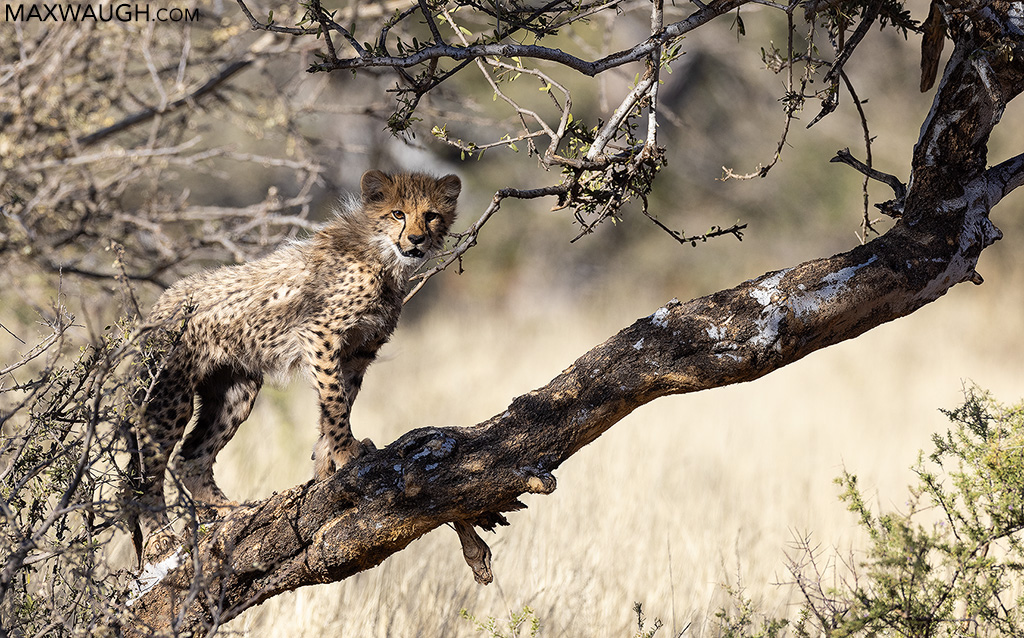 I can’t say I’ve ever seen a cheetah in a tree before. 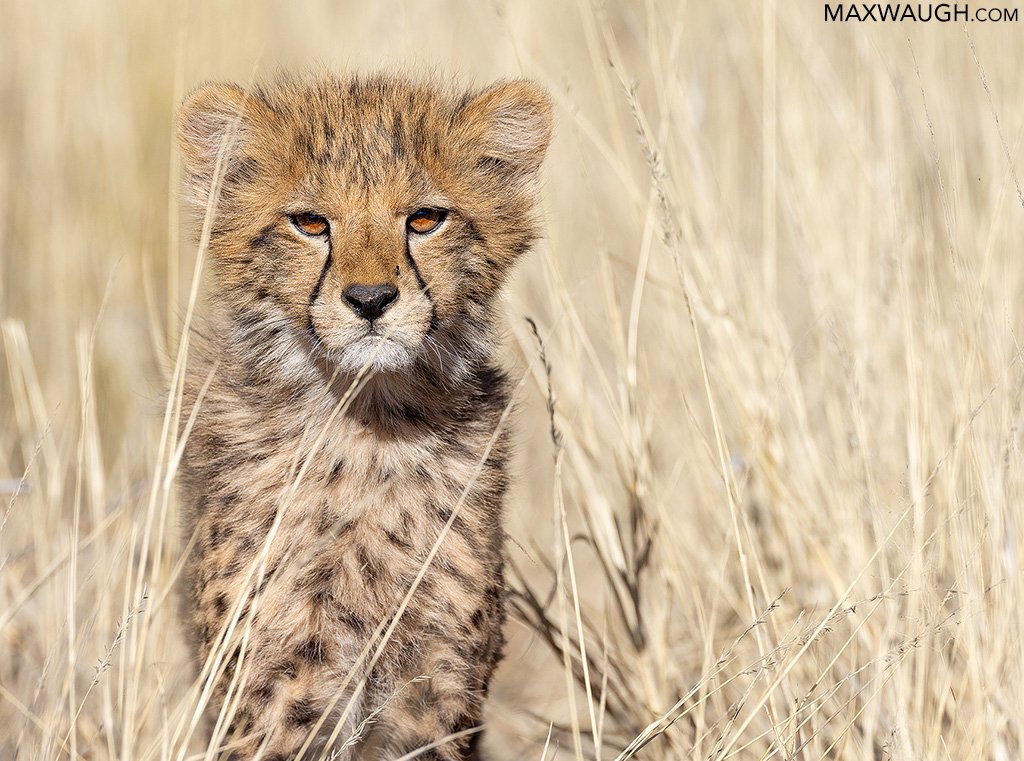 Probably the youngest cubs I’ve ever had a chance to photograph at close range. They were maybe 5-6 months old.

Be sure to check out our full photo galleries in the archive:

Remember that you can order prints of nearly any image in the archive. If you’re interested in joining me on a future Africa tour, my next trip will likely be Zambia in 2023. Stay tuned to my Workshops & Tours page for more info, or subscribe to the email newsletter (using the “Subscribe” tab in the upper right corner).