Roads are open. It was time to head south and perhaps explore some new territory that was closed off the last couple days. Darkness blanketed the northeast corner, but thankfully we didn’t have any significant fresh snow or ice on the road.

Arriving at Canyon about two hours later, we felt we were arriving right on time. Well, not quite. Turns out we missed seeing some wolves by just a couple minutes.

All was not lost, however. There was a chance they’d reappear, so we settled into cruising mode to see if something might pop out along the tree line. On our way back north, I noticed someone filming something in the river. No, not the ducks. Oh hey, an otter jumped out and ran across the snow!

They were some distance away, but we tried to snap some photos and capture some video. The first otter disappeared downriver pretty quickly, but the remaining three lingered. Then they too started swimming north. 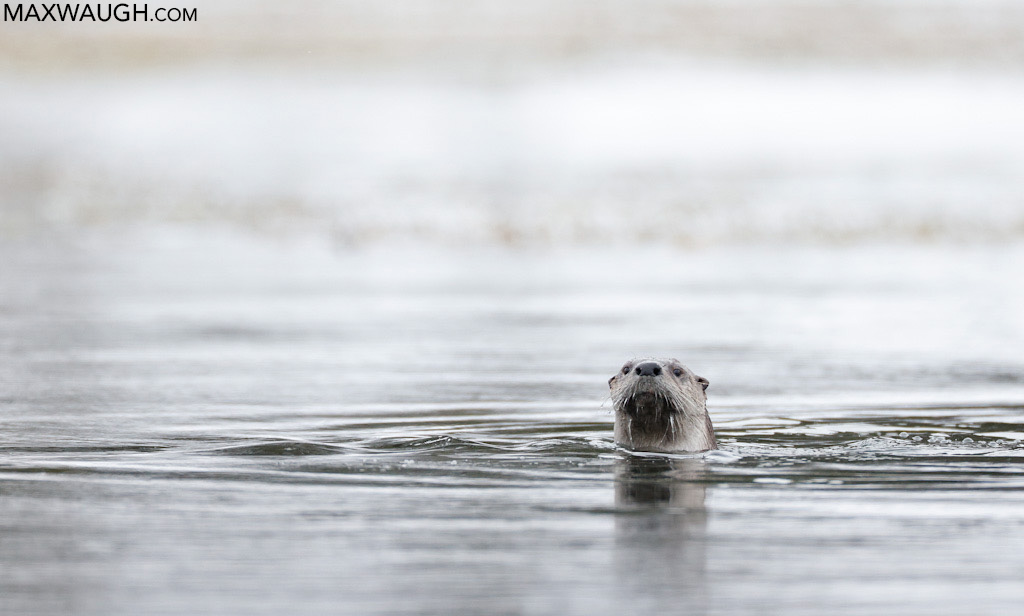 We’d catch sight of them here and there, all while keeping an eye on the forest just in case, you know… wolves. Occasionally someone would report howling, but they remained invisible. The otters occupied our attention, but based on repeated howling, we knew we might have a chance to catch the wolves out in the open to the north. Finally, we arrived to get a distant view of them on a hillside. 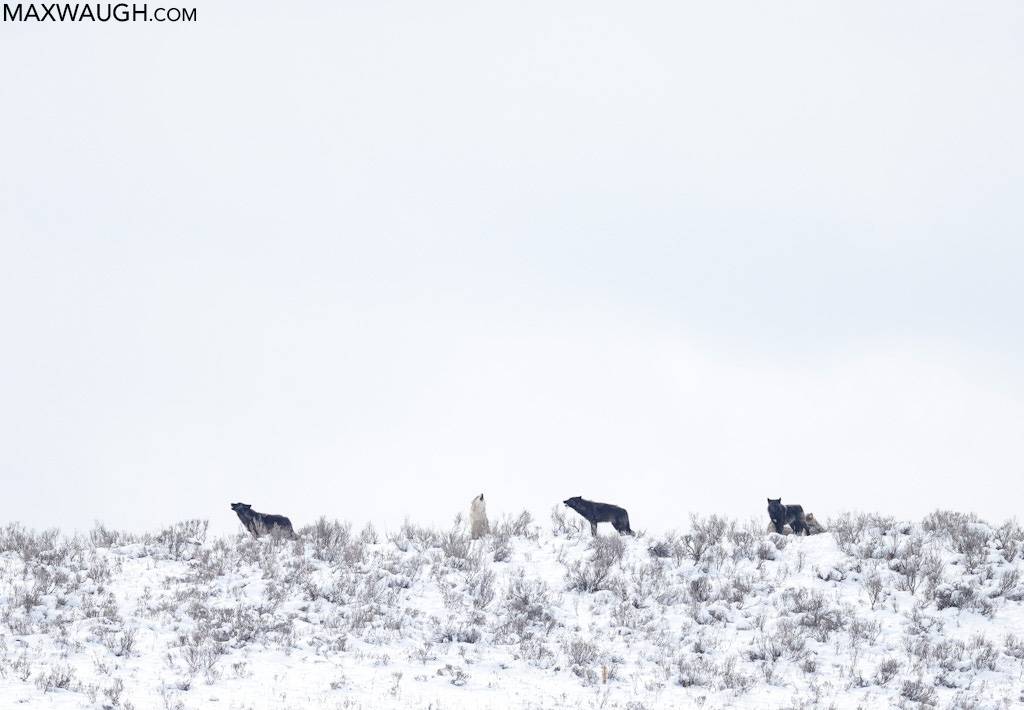 They kept howling a bit on and off, but putting on a nice show for folks, even if they were several hundred yards away.

Afterward, we turned back south, finally getting a chance to get out on the east road, which opened Thursday afternoon. Some initial exploration yielded no results, but I urged my travel companions to continue eastward… and we were instantly rewarded with a nice roadside grizzly bear encounter. One of them had a bit of an itch that took a full minute or two to scratch. 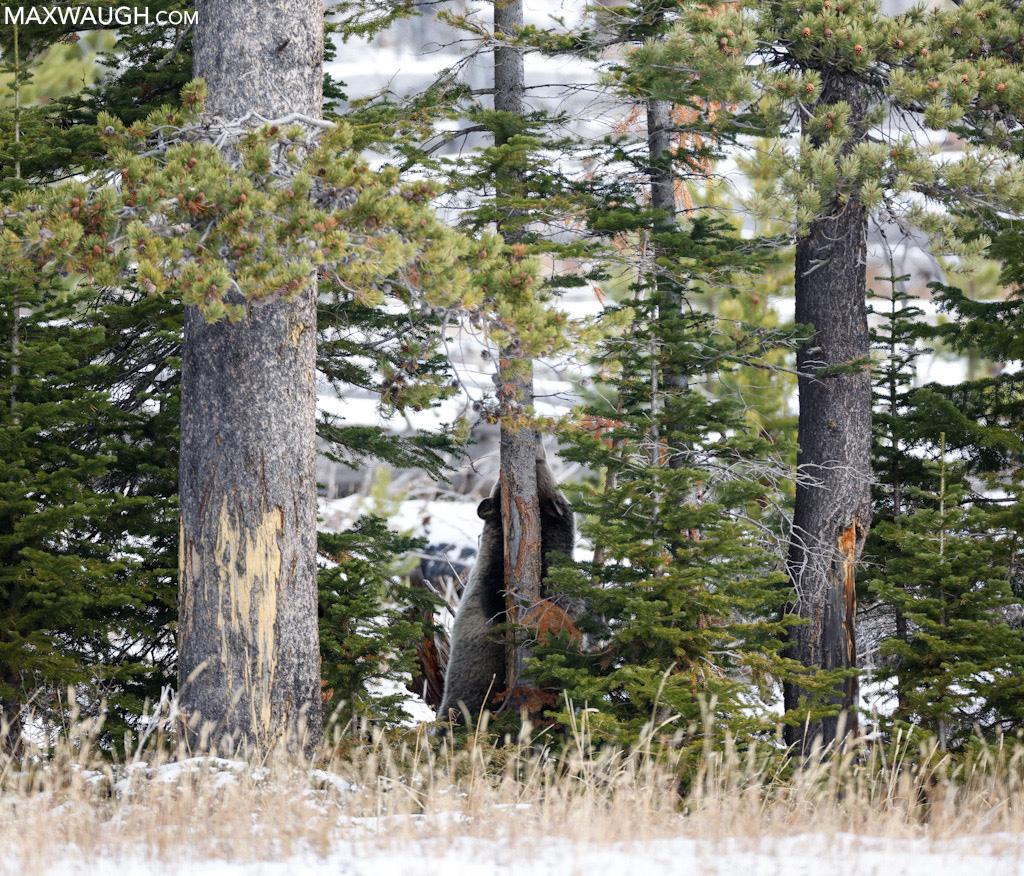 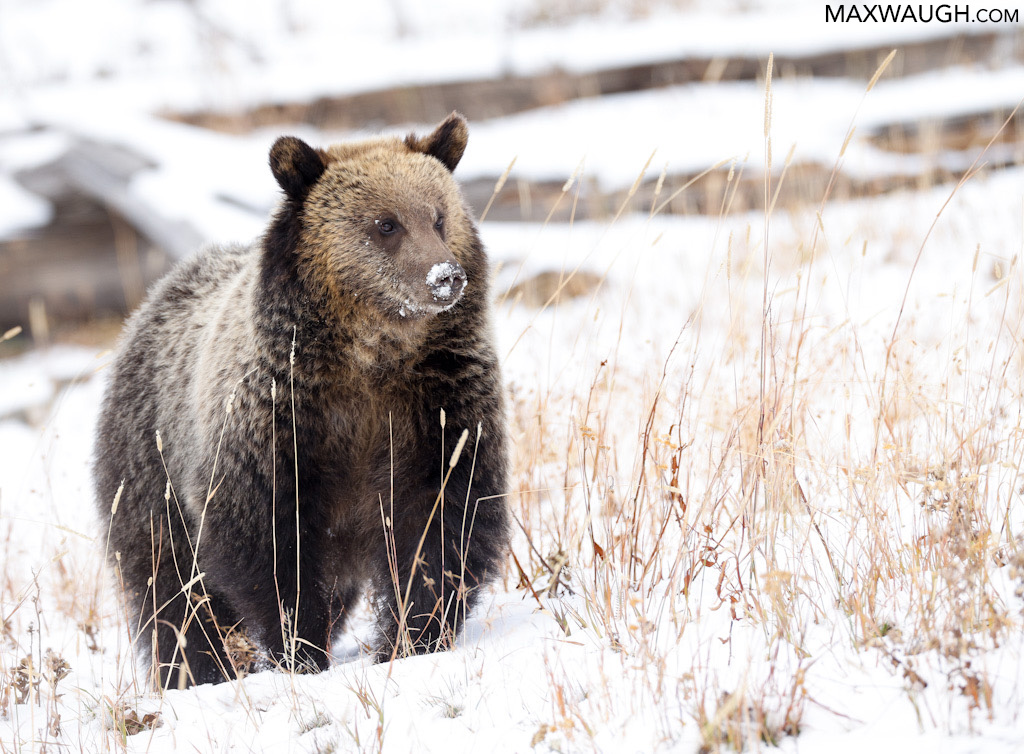 Overall, it was a great morning (no owls, we checked), but we decided to head back north a bit early since I had promised to make a steak dinner to my companions. That made for a nice evening!

We opted to return to Hayden Valley early this morning. Arriving a bit later than Friday, we were treated to some lingering mist. A pair of muskrats warmed themselves in the emerging sunlight. Two snipes huddled in the shallows of the river just a few feet away.

One of yesterday’s otters was out in the river near Alum Creek. 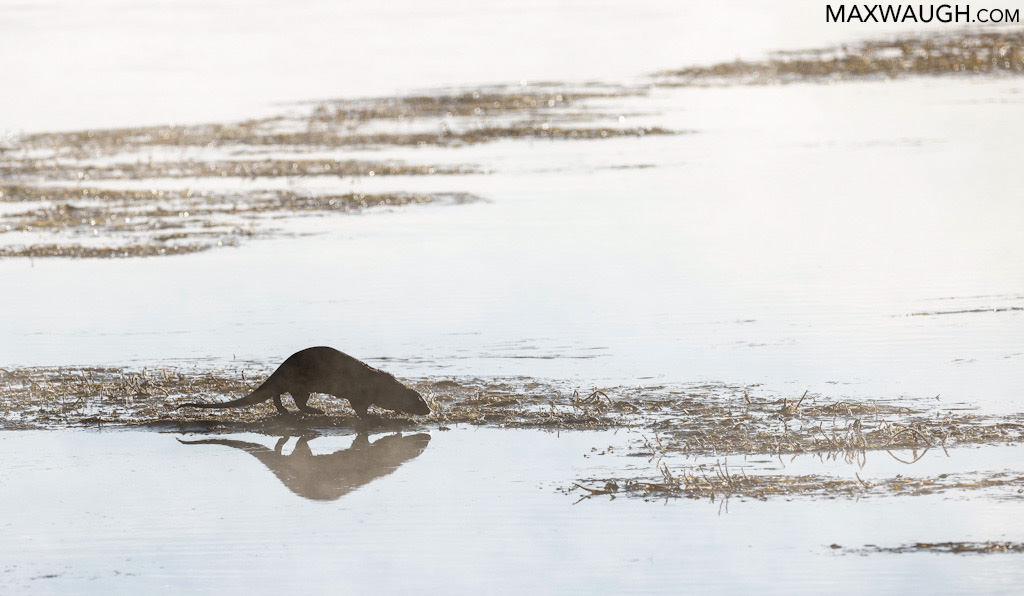 This may have been our last well-timed encounter of the day. The rest of the way, it was a series of decisions on top of decisions that threw our timing off. We chose to look for owls when we should have gone to the lake for bears. We opted to skip exploring around the Lake Hotel, missing a pine marten. Then we finally went for the bears—despite the fact that they had already been hazed away from the road—postponing a planned hike… that might have yielded us a wolf sighting.

We did return to hike a short ways out to Pelican Valley, a location I’ve only seen from the air (during my 2013 aerial excursion over the park). We were two minutes late to catch a black wolf out in the first meadow. That wolf joined a gray out in the valley a mile out, but we only arrived to see their fresh tracks in the snow. It’s a bummer to miss such encounters on foot of course, but pretty cool to walk in the footsteps of these wild animals.

We made one more pass south, and did catch a fox at Lake. It hunted in a field, against the light. 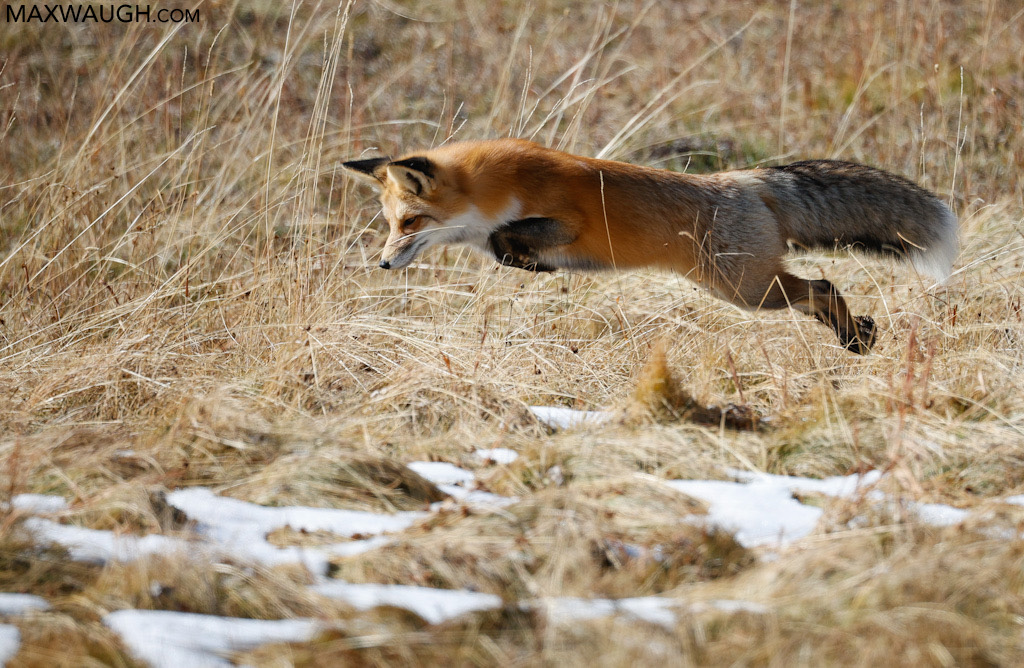 We continued to strike out on owls afterward. Another walkabout yielded wet shoes in the snow, and the only excitement came in the form of finding grizzly and many, many wolf tracks on a trail in the woods.

This is an odd trip for me, because I’m not doing any driving. It would normally be a luxury, except that I keep falling asleep! Hopefully the reason we kept missing things wasn’t because I couldn’t see past my eyelids…