I might have picked a better day to return to the sidelines. Having missed the last home game (I was out of town), a windy, wet day wasn’t exact the best way to reunite with Husky Football and Montlake. But at least I dressed appropriately.

Sadly, it went about as one might expect. Despite hanging tough early, the Huskies’ consistent lack of any sort of offense (rain or shine) meant the defense was going to wear down eventually. Final score, 26-16, Bad Guys. 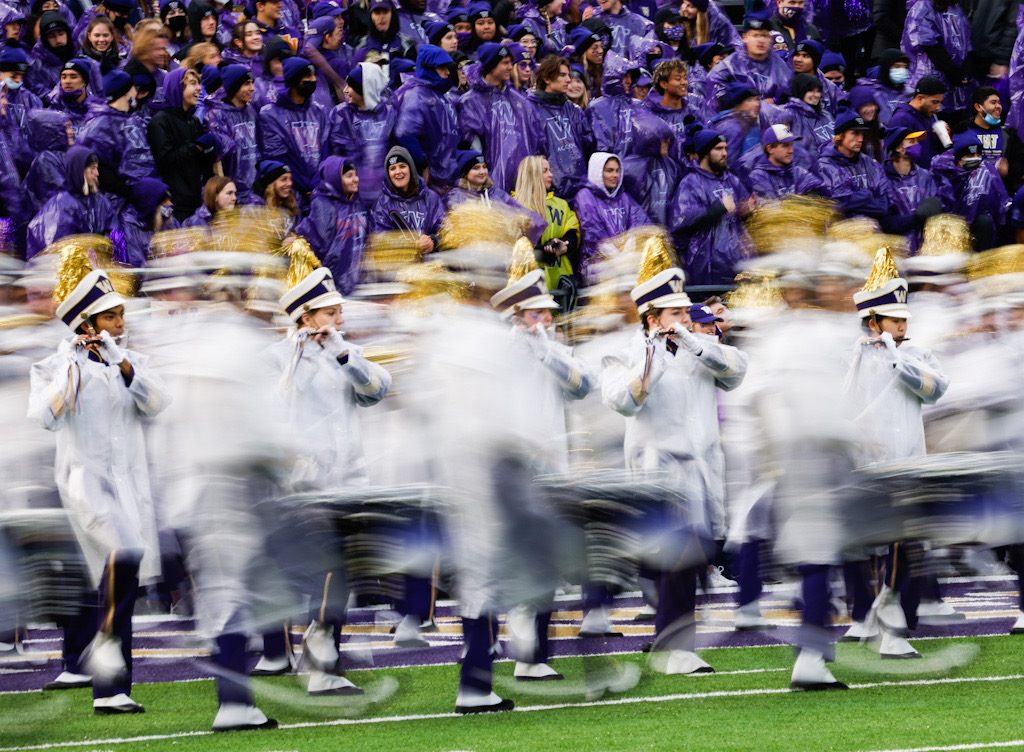 The Husky Band performed their traditional Script Huskies spellout before the game. 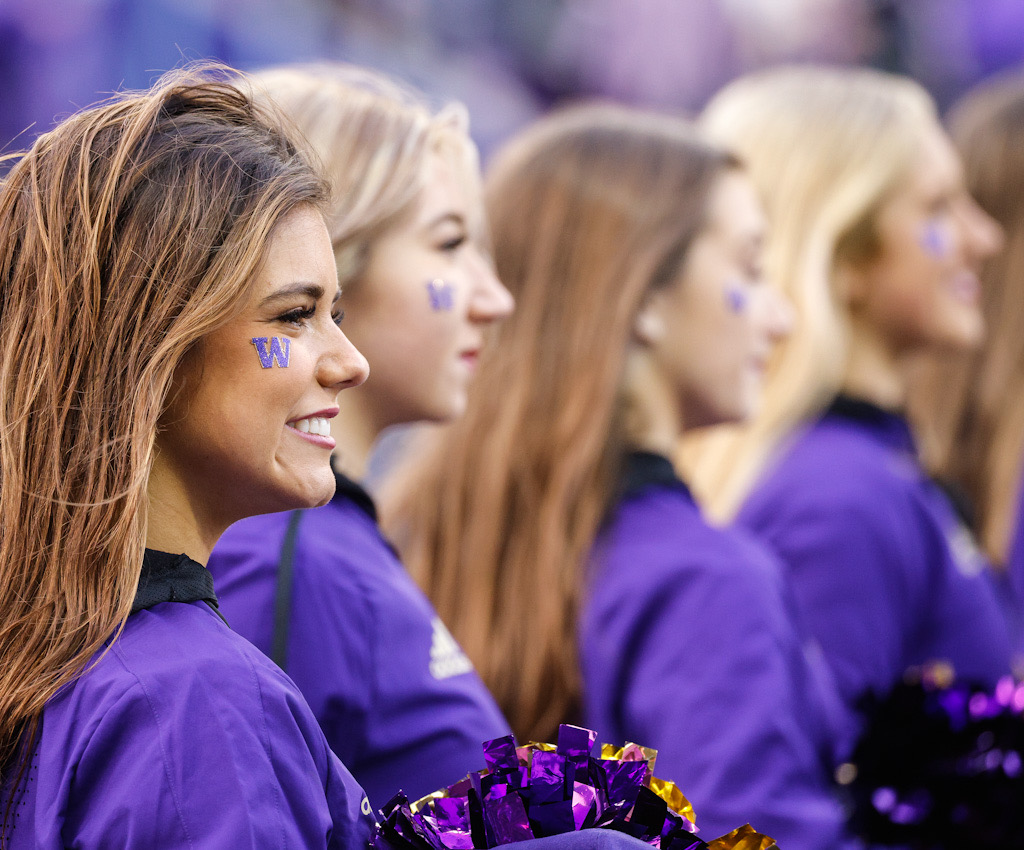 Husky cheerleaders soak in the pageantry of the pregame spectacle. 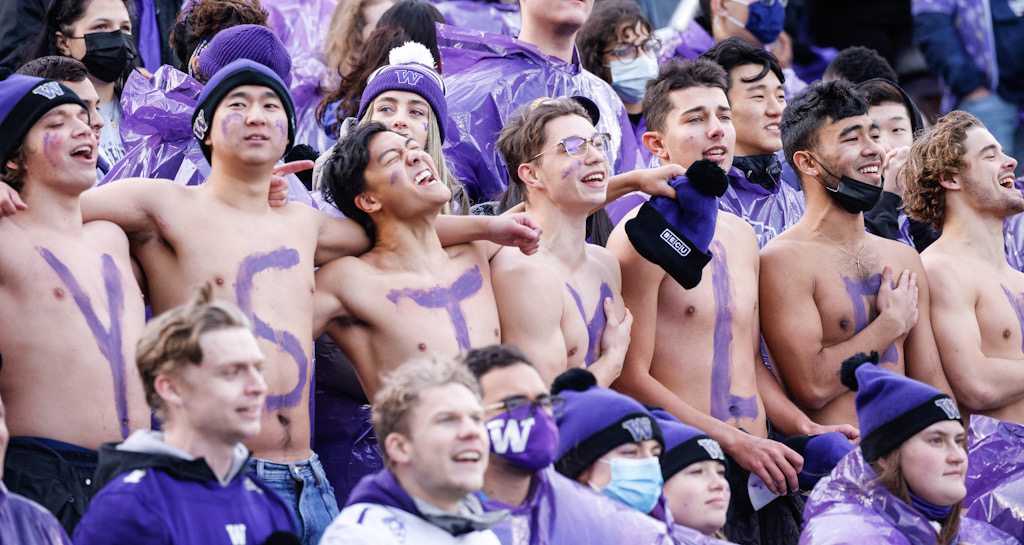 Husky students share their rendition of the national anthem. 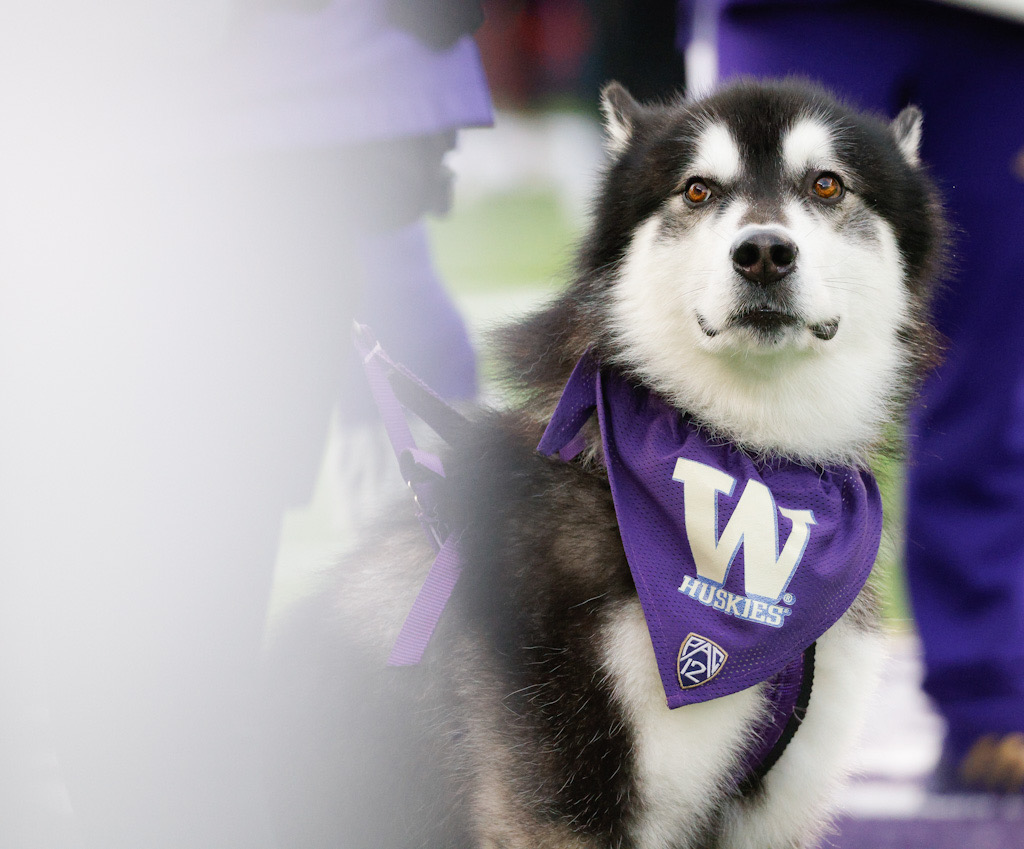 Dubs waits for the team to take the field. 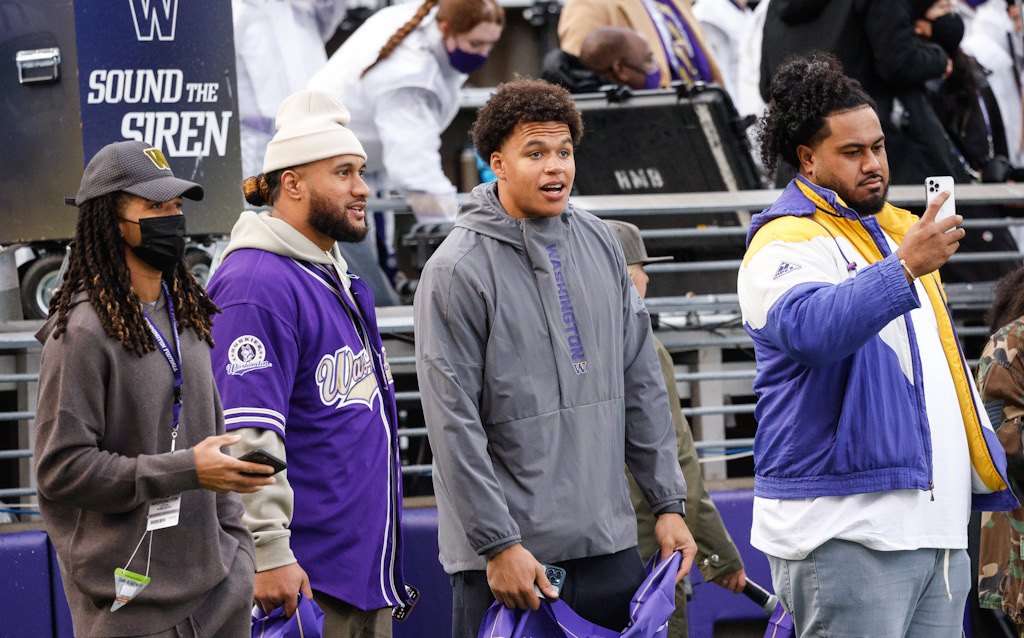 Former defensive stars Sidney Jones, Benning Potoa’e, Joe Tryon, and Vita Vea probably couldn’t do much to help the Husky offense if they had suited up today. 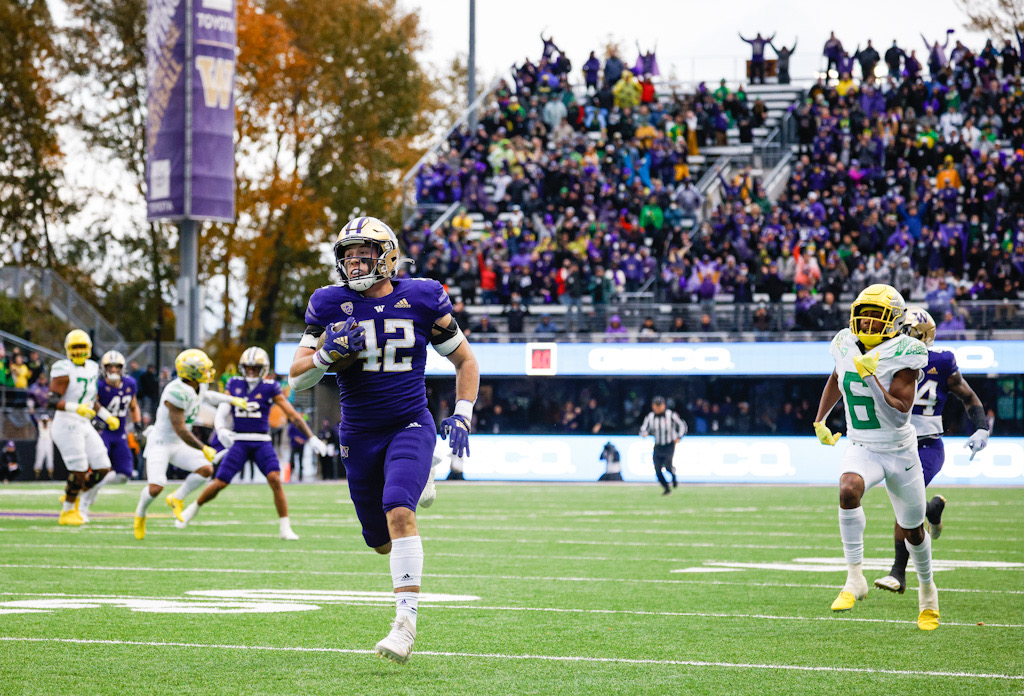 Carson Bruener proved to be a bright spot once again, with an opening interception that sparked the crowd. 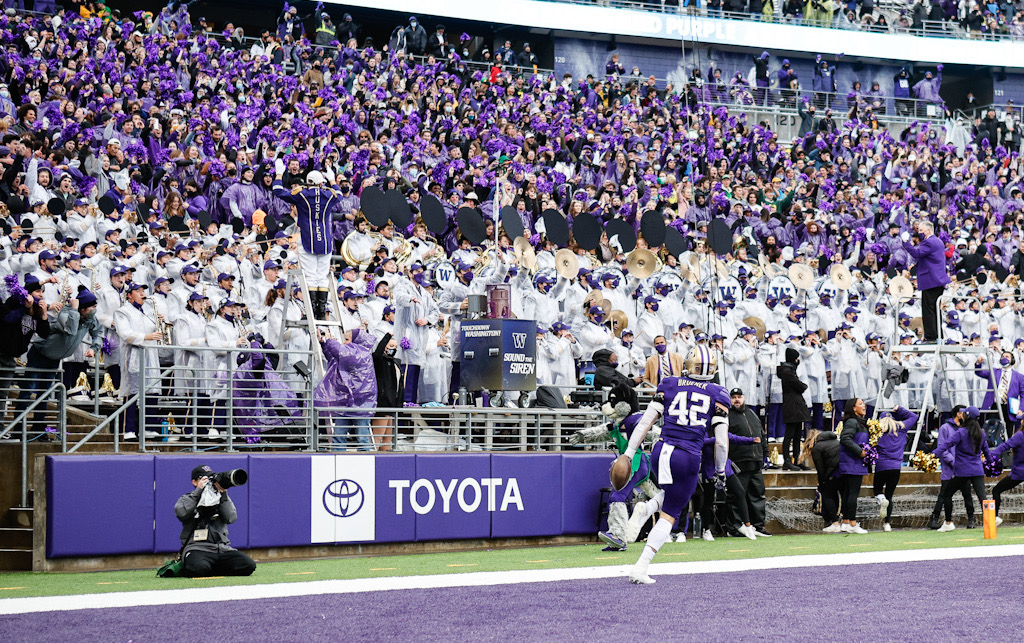 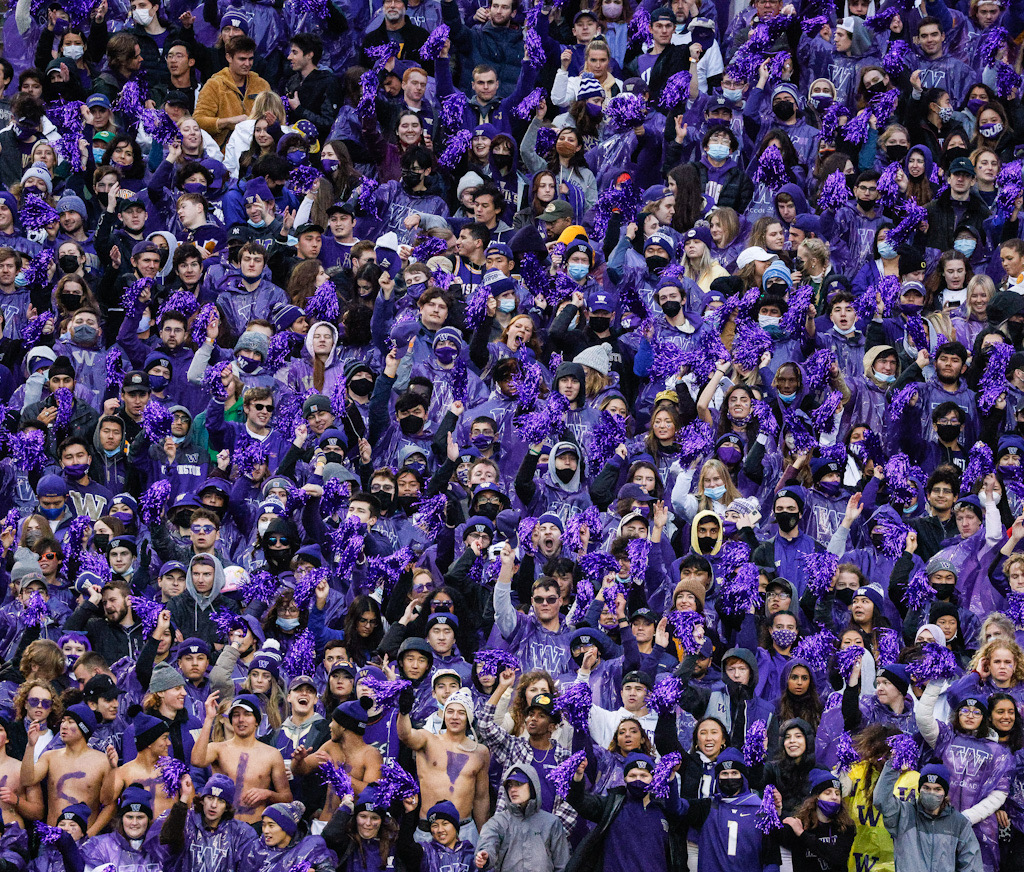 The students, at least, tried to honor the “Purple Out” theme. 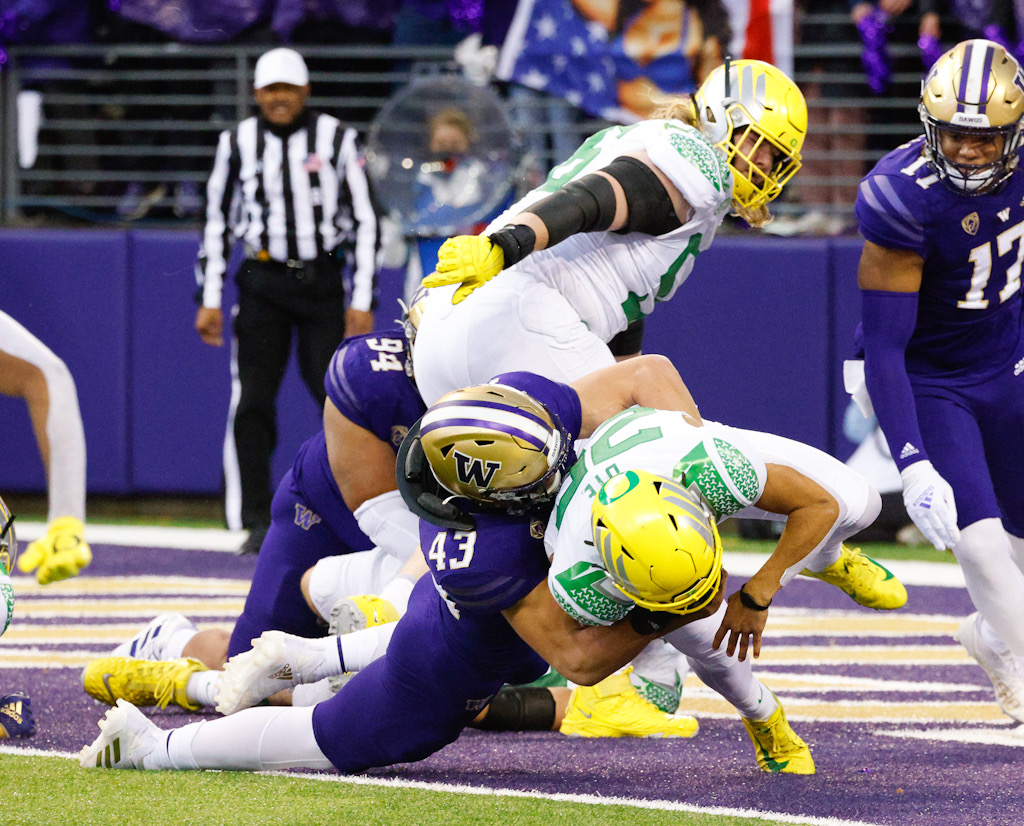 Jackson Sirmon records a safety to give the Dawgs a 9-3 lead. 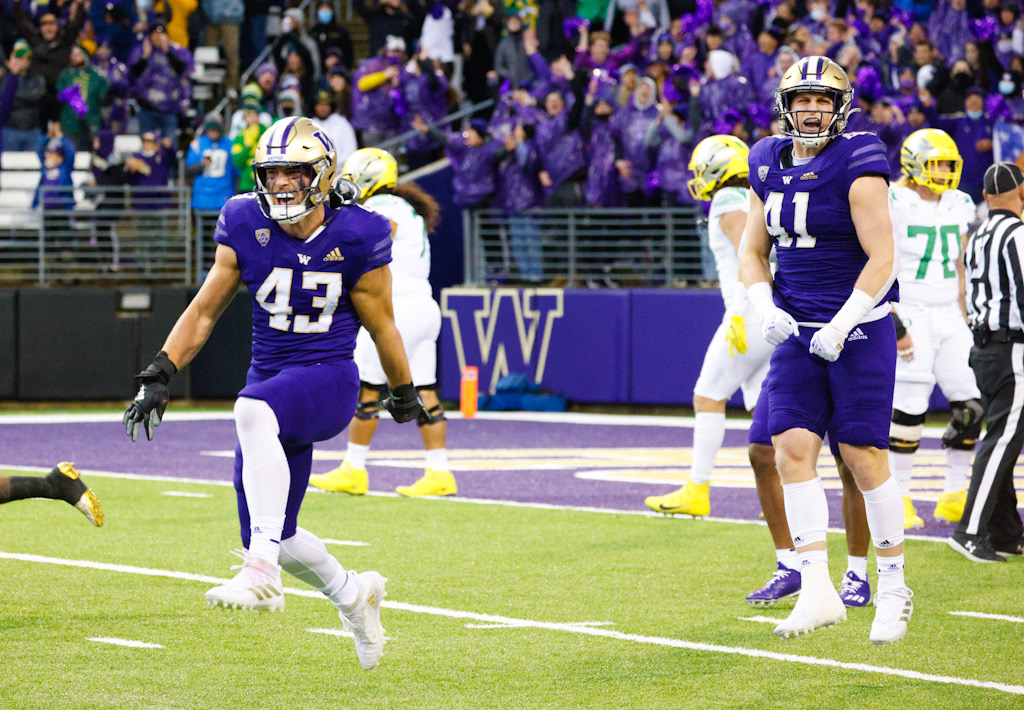 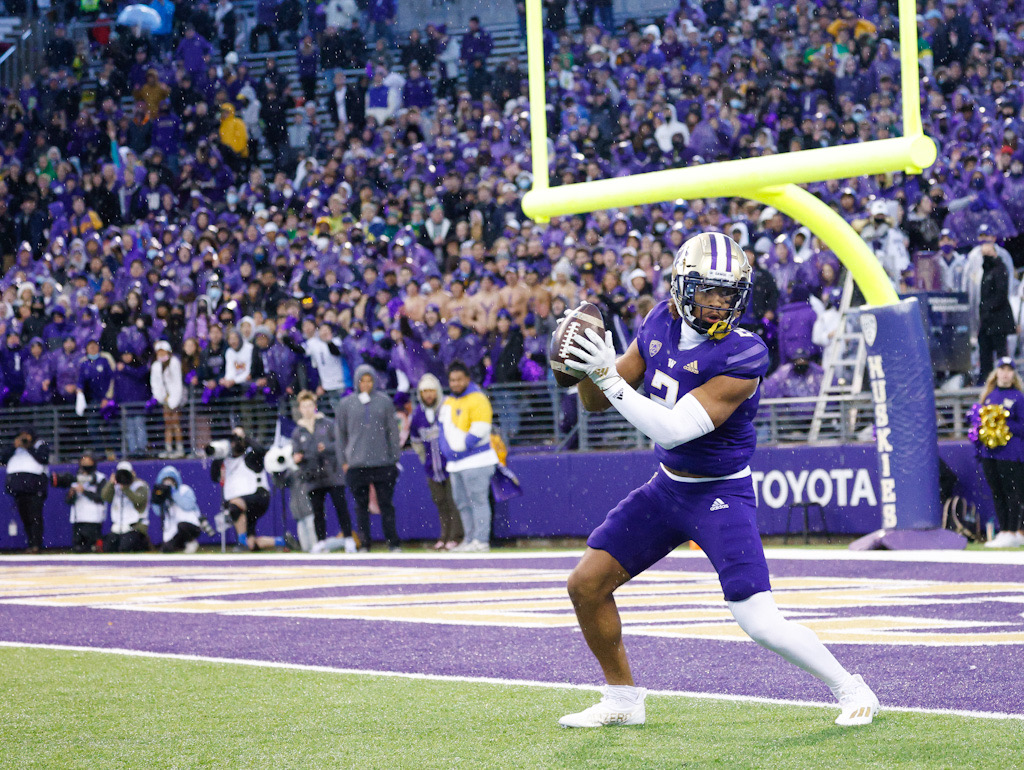 Kyler Gordon downs the ball near the goal line on a punt. 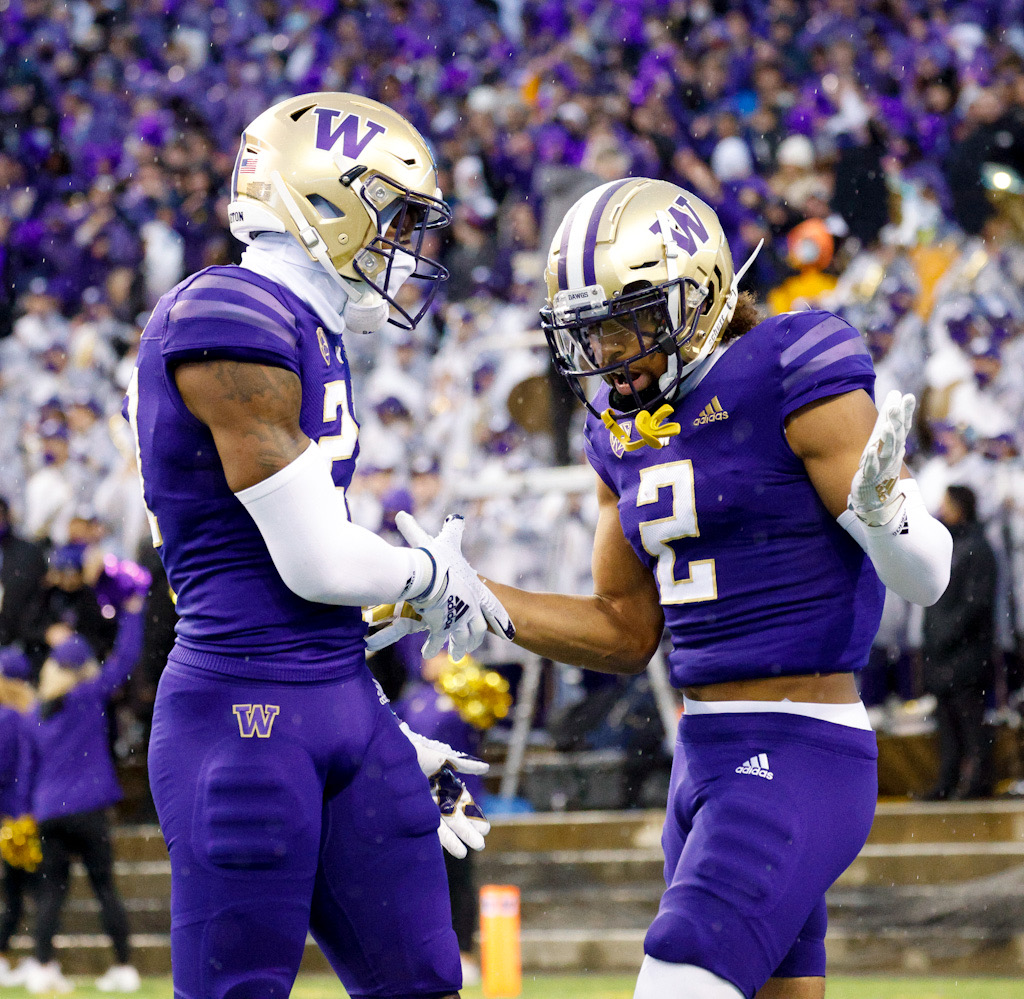 Kyler Gordon is lauded for his special teams play. 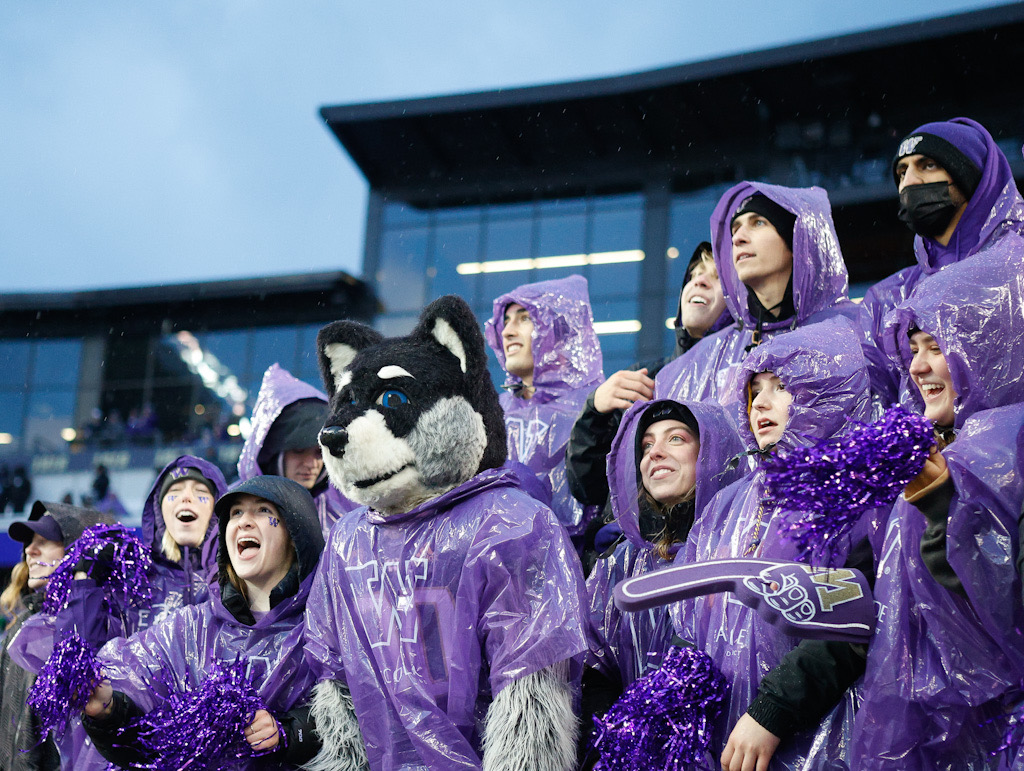 Husky Students welcome Harry to the fold, despite that wet dog smell. 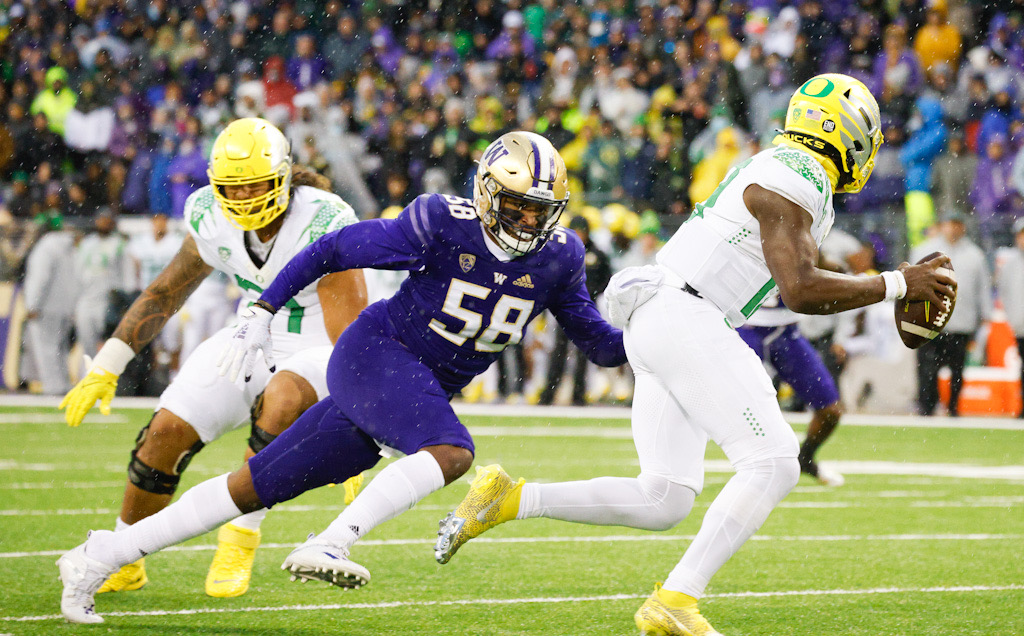 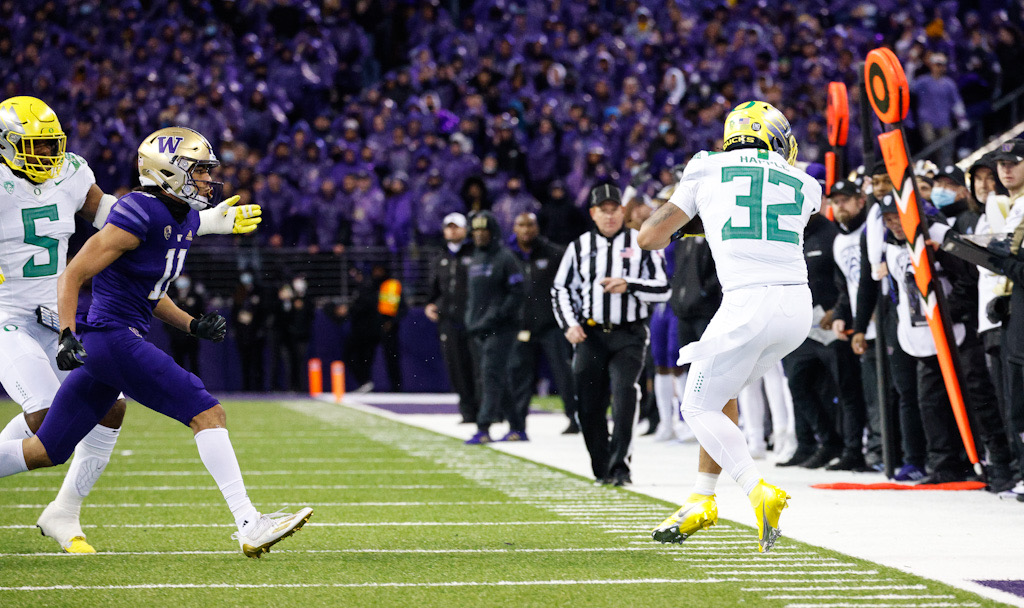 There was no chance whatsoever on this pass… and Oregon naturally picked it off. 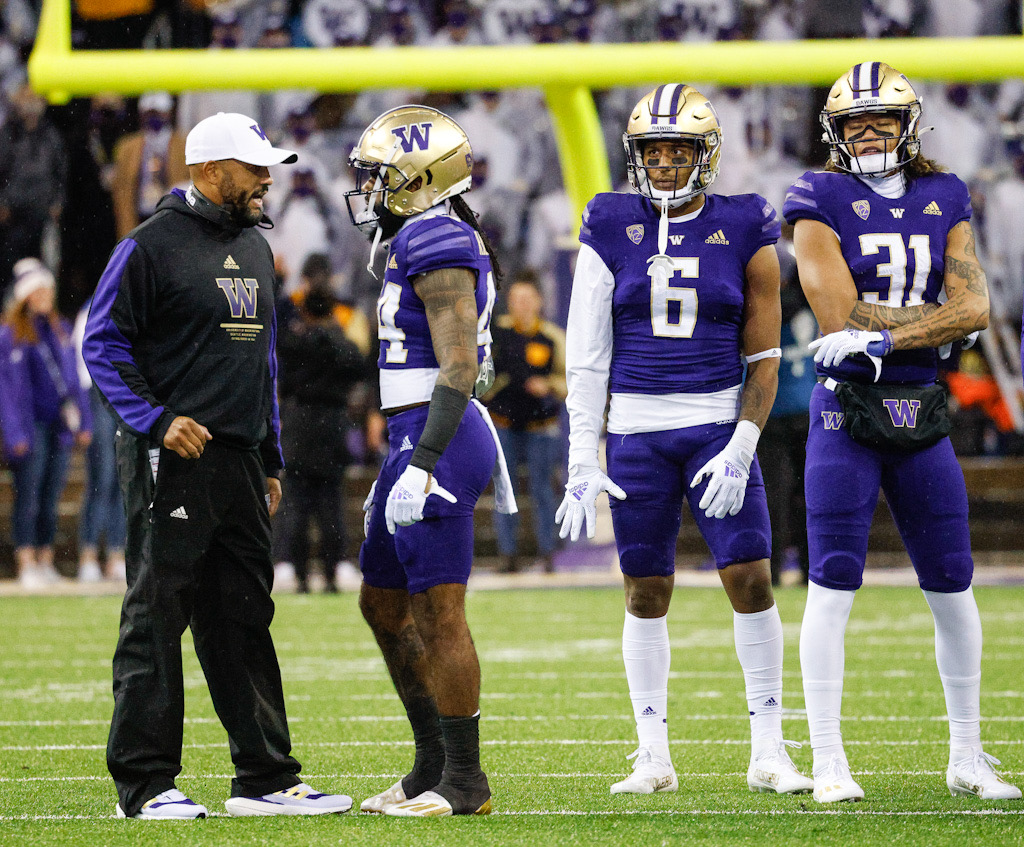 Jimmy Lake implored his defense to hold it together before they tired out. 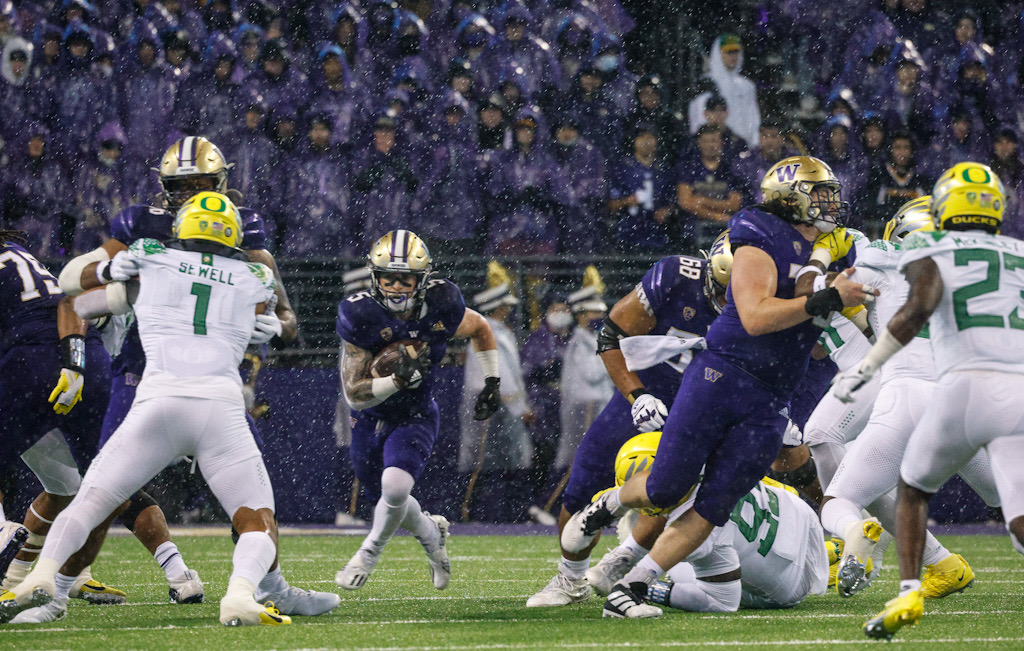 The rain was coming down hard at times. 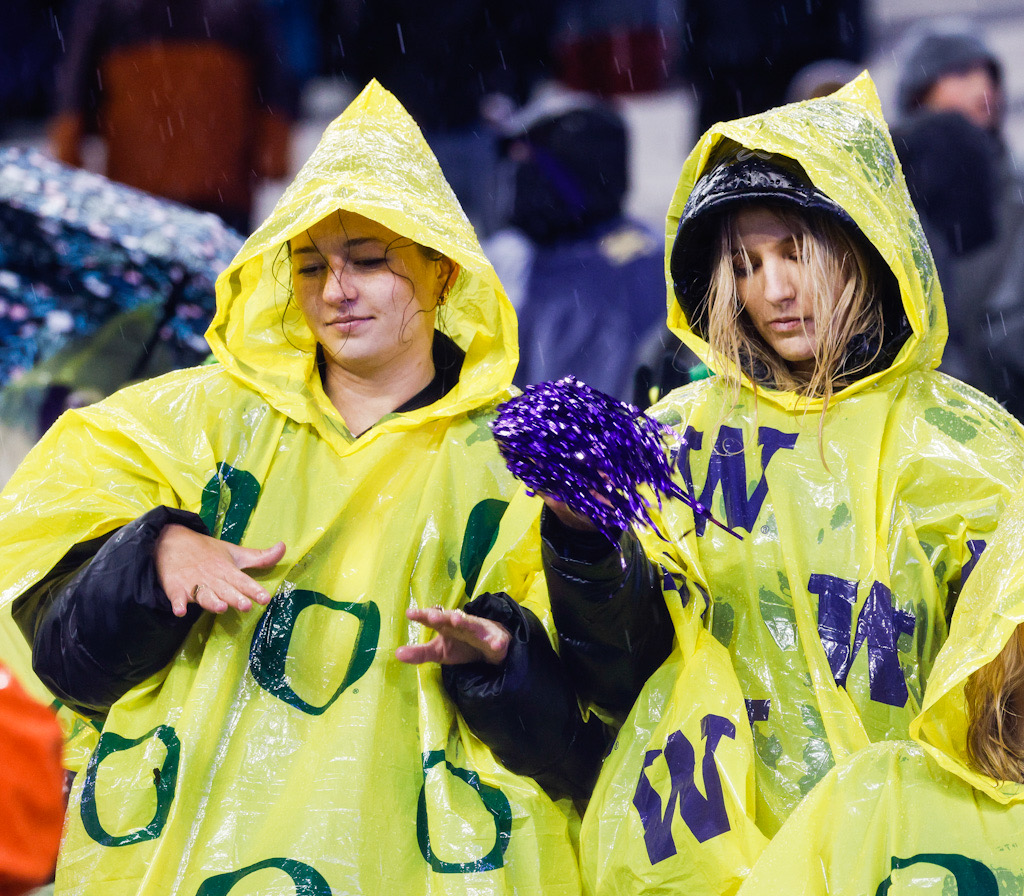 Totally chill Duck and Dawg fans can occasionally get along. 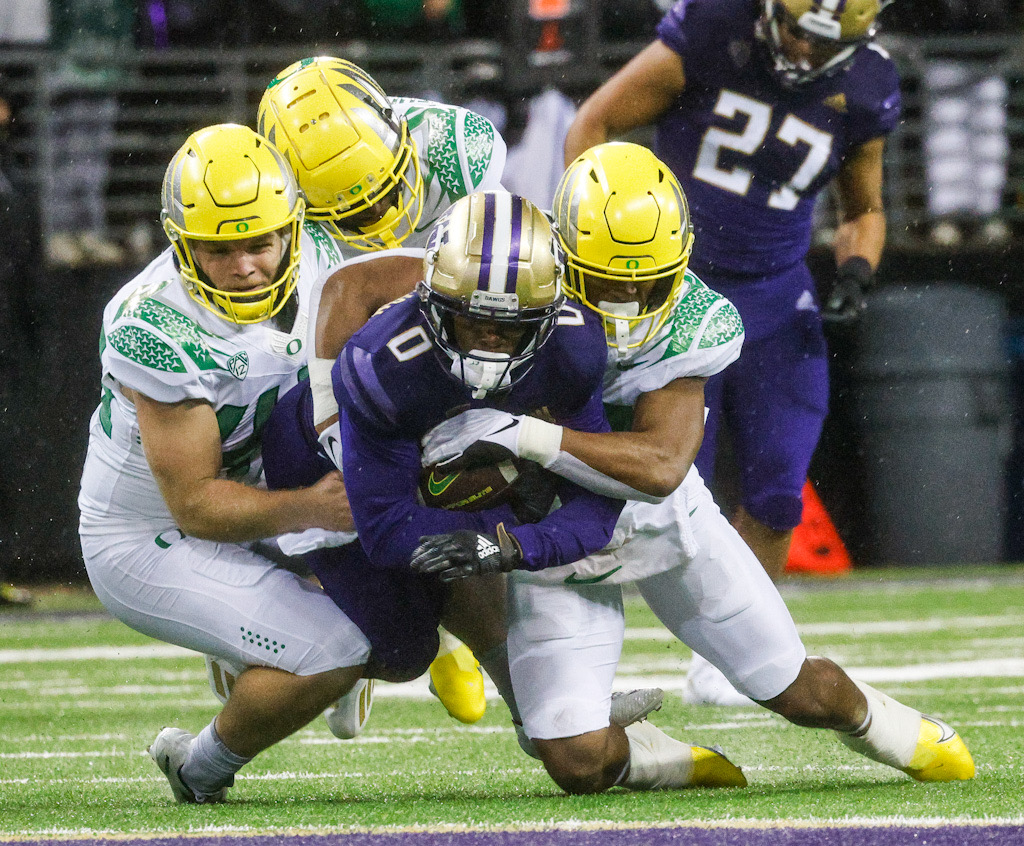 Giles Jackson is gang tackled after a nice return. 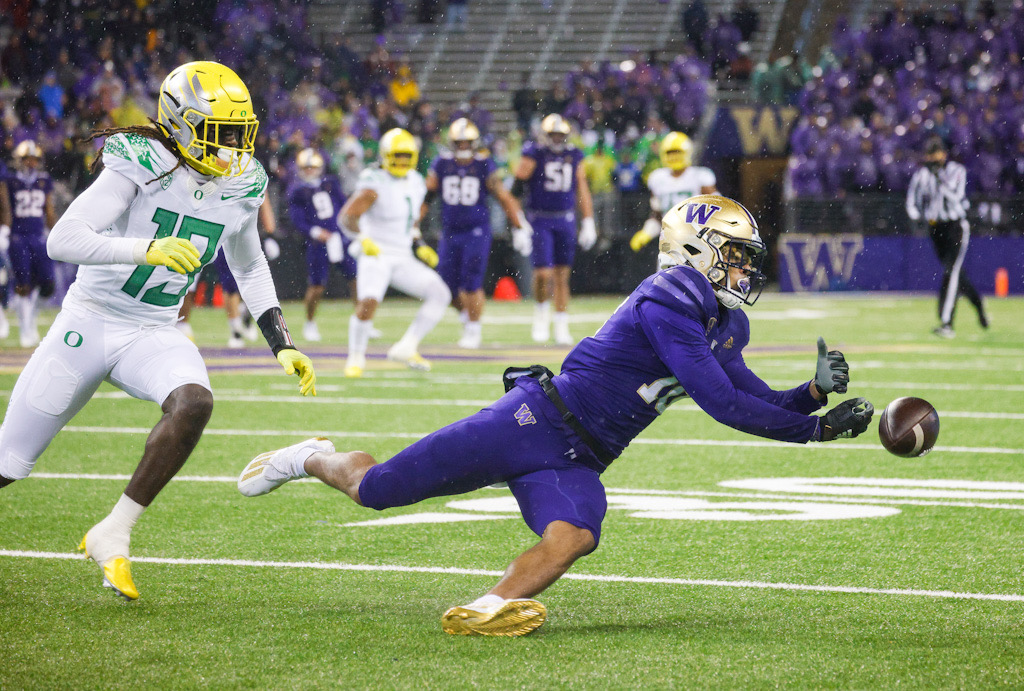 Rome Odunze almost came up with this pass, which was thrown behind him. 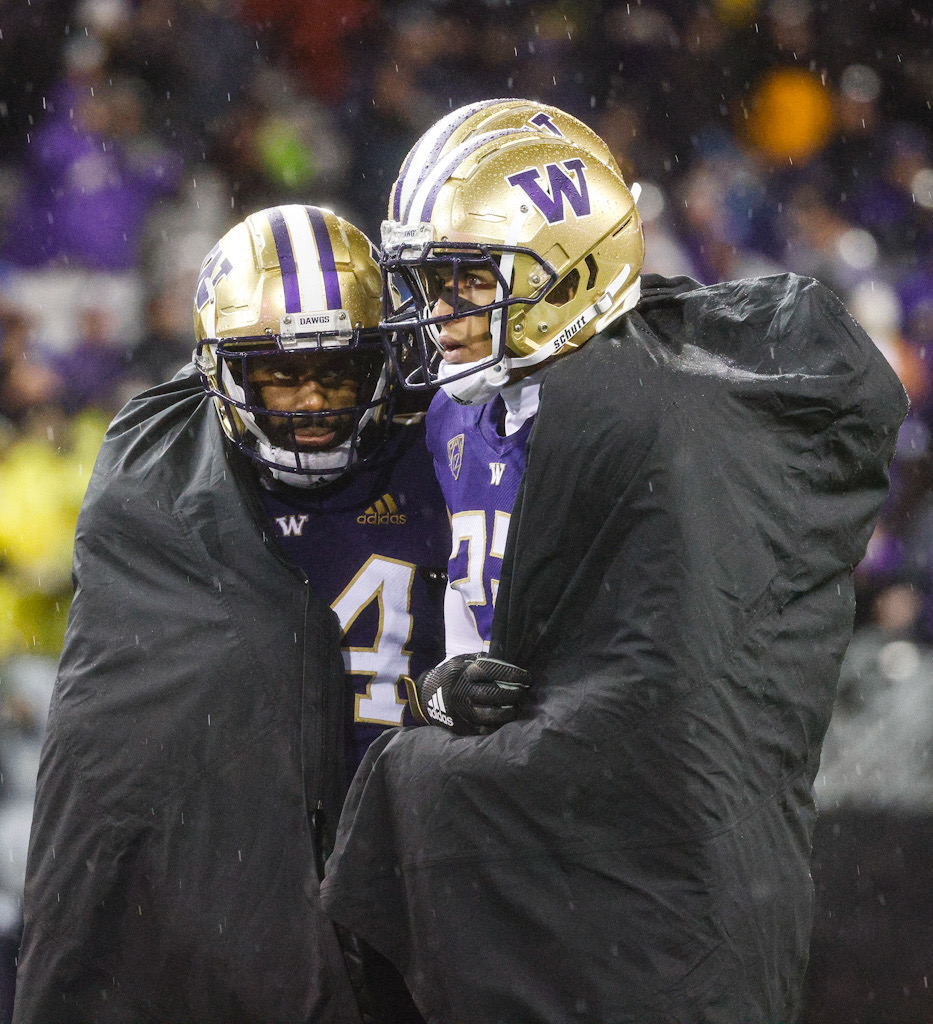 The Husky secondary warms up during a time out. Nobody came to offer me nice warm cover. 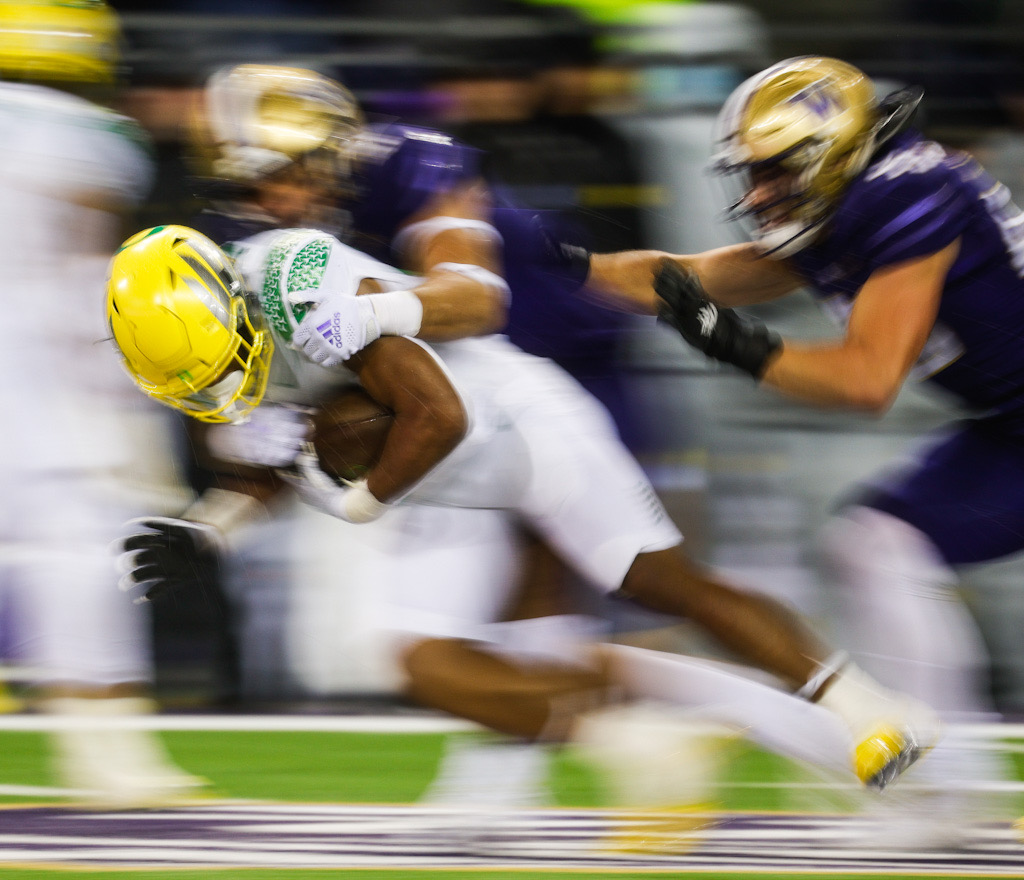 Braden Trice zoomed in to make a nice stop on this play. 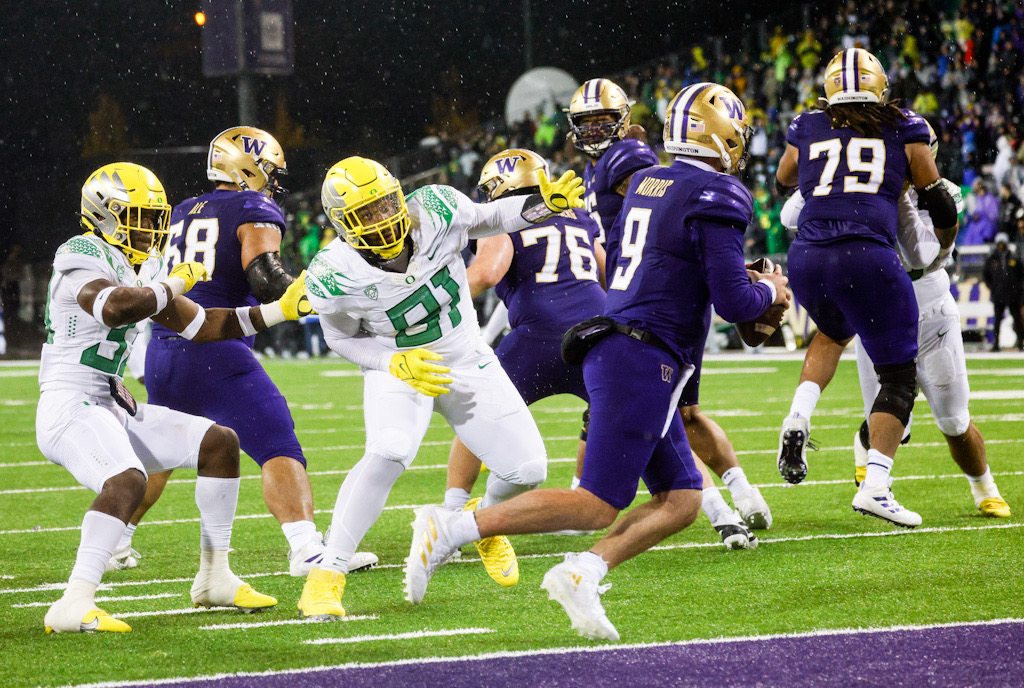 Dylan Morris runs for his life. 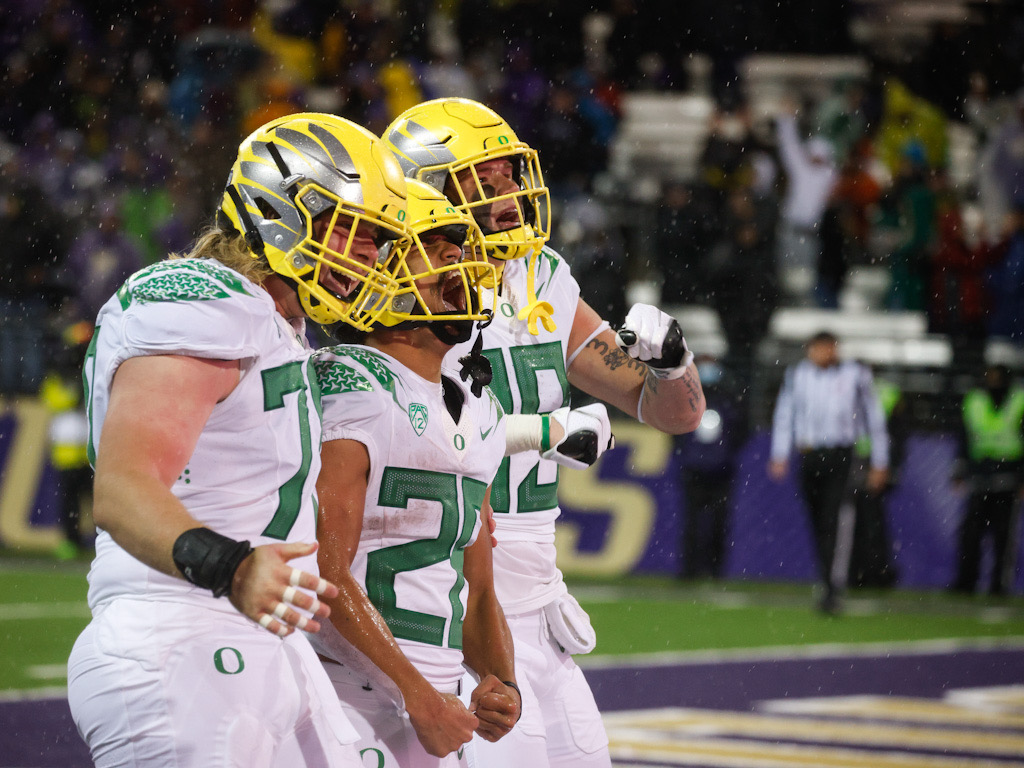 Oregon seals the deal with a fourth quarter touchdown.