Some Valentine’s Day Advice… From the Birds

Birds are fascinating creatures. As I’ve previously written, I’ve developed a greater appreciation for them over the years, in large part due to their varied and intricate behavior. This is particularly true when it comes to courtship. So on this Valentine’s Day, who better to turn to for romantic advice than the seasoned and knowledgeable members of the avian world… 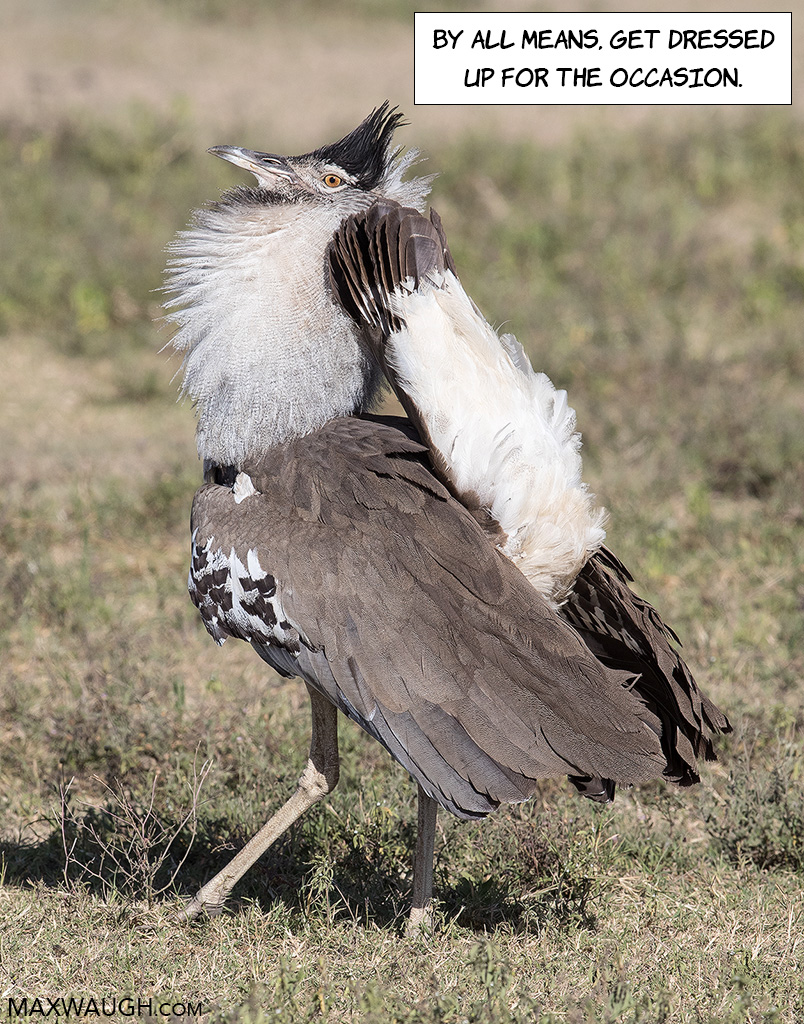 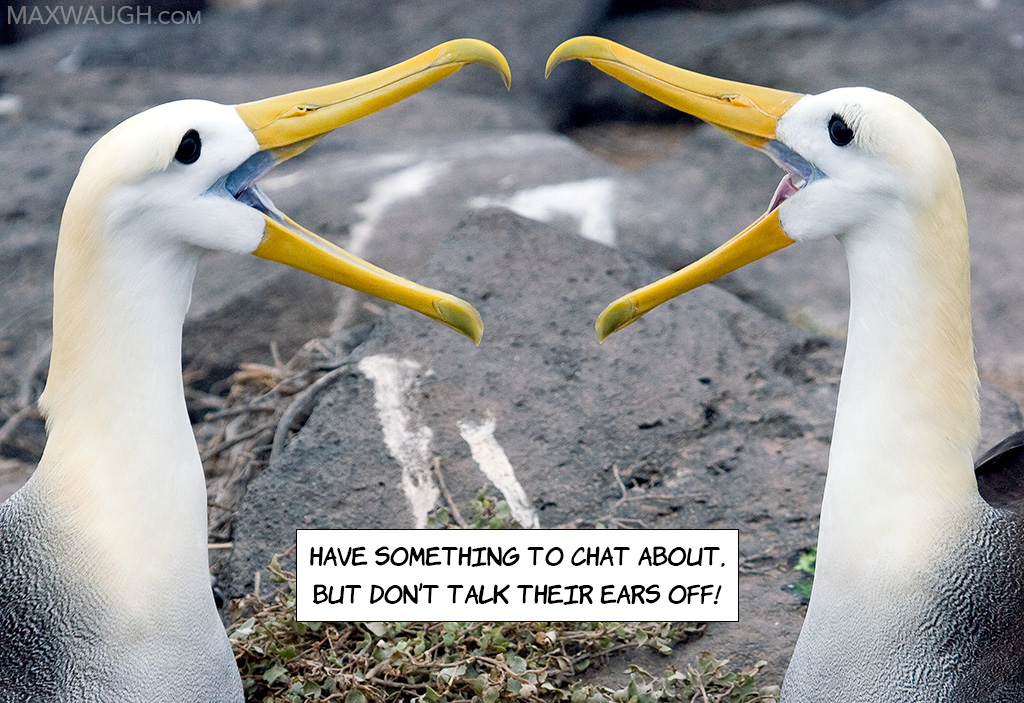 A Waved Albatross pair performs their courtship ritual, which involves clacking beaks together rapidly, then rearing back with mouths open in a mirrored pose. 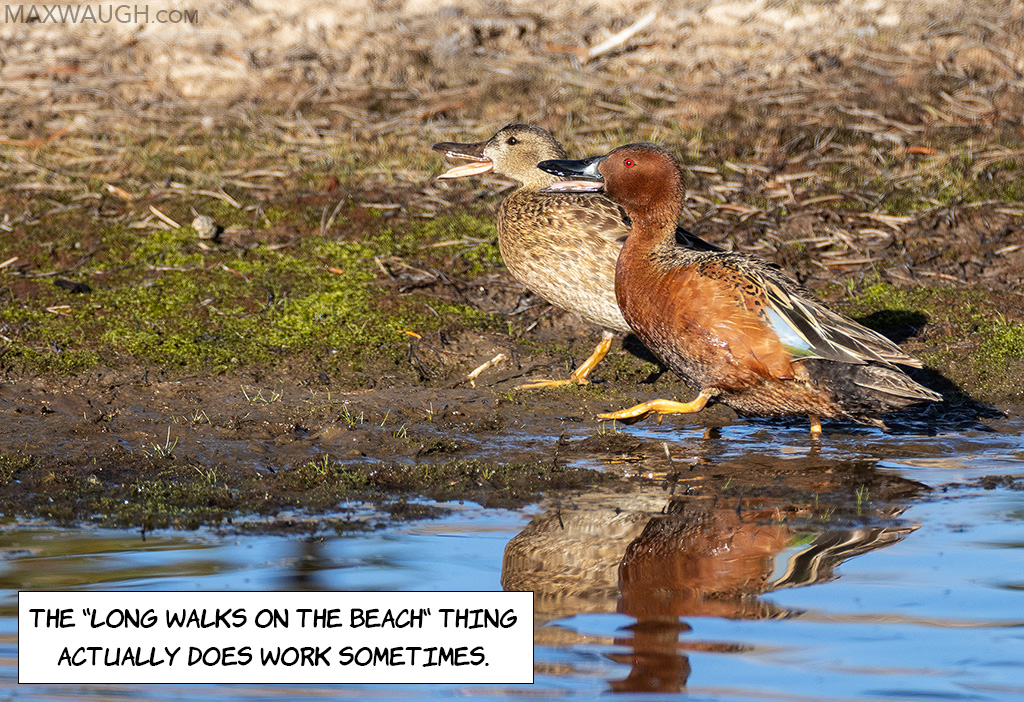 Cinnamon Teals strut back and forth together along the shore of a small pond, all while bobbing their heads up and down and quacking away. 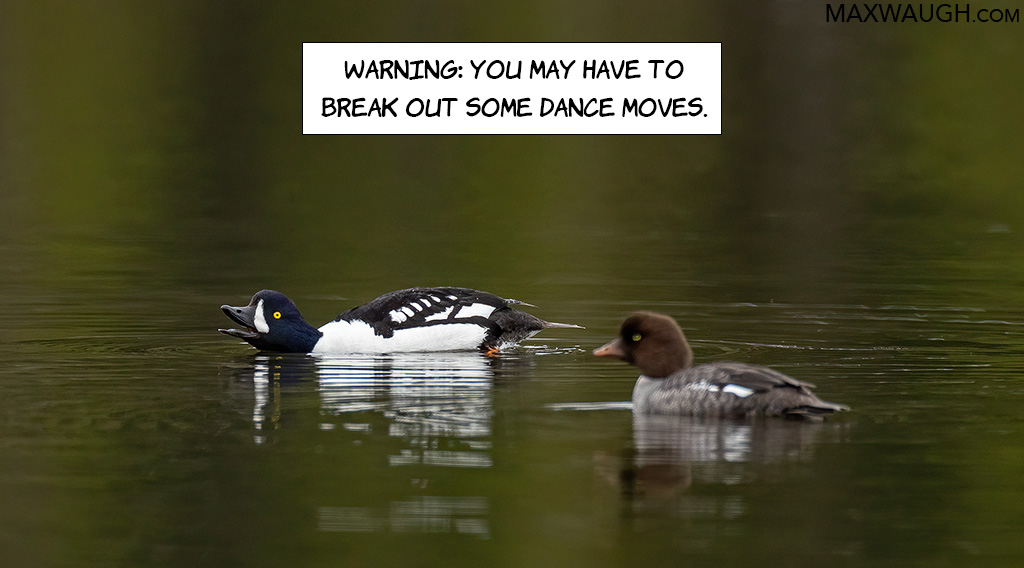 A male Barrow’s Goldeneye tries to catch the attention of a female by ducking low near the surface of the water, while extending his neck and body. 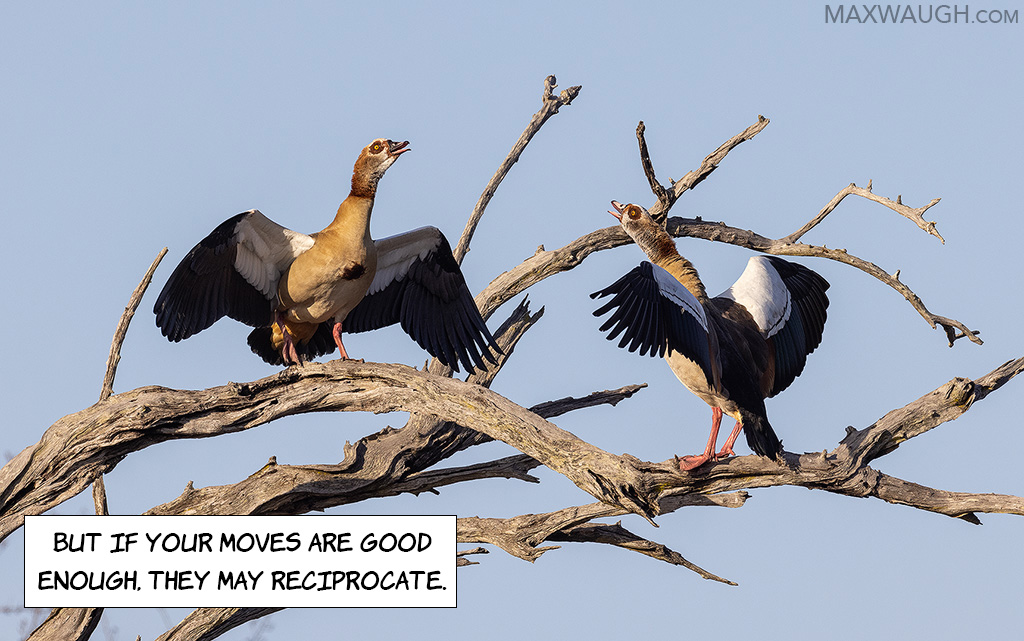 Egyptian Geese display for one another, all while honking up a storm. 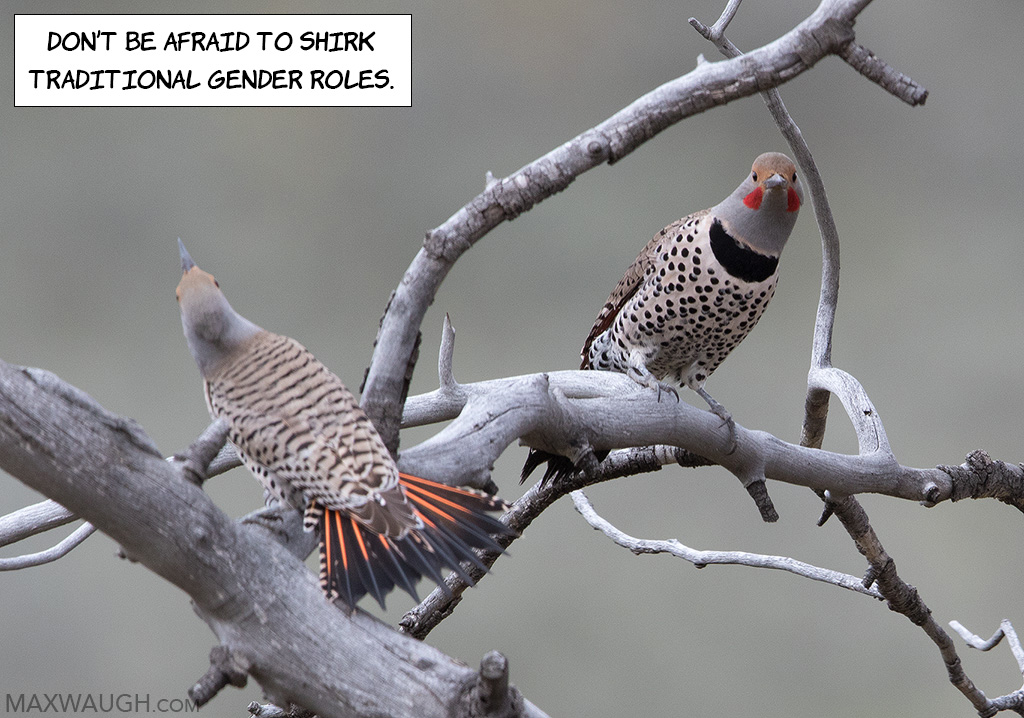 Unlike most avian rituals, the Northern Flicker courtship sequence actually involves females pursuing and displaying for males. Several females may pursue a single male at once. 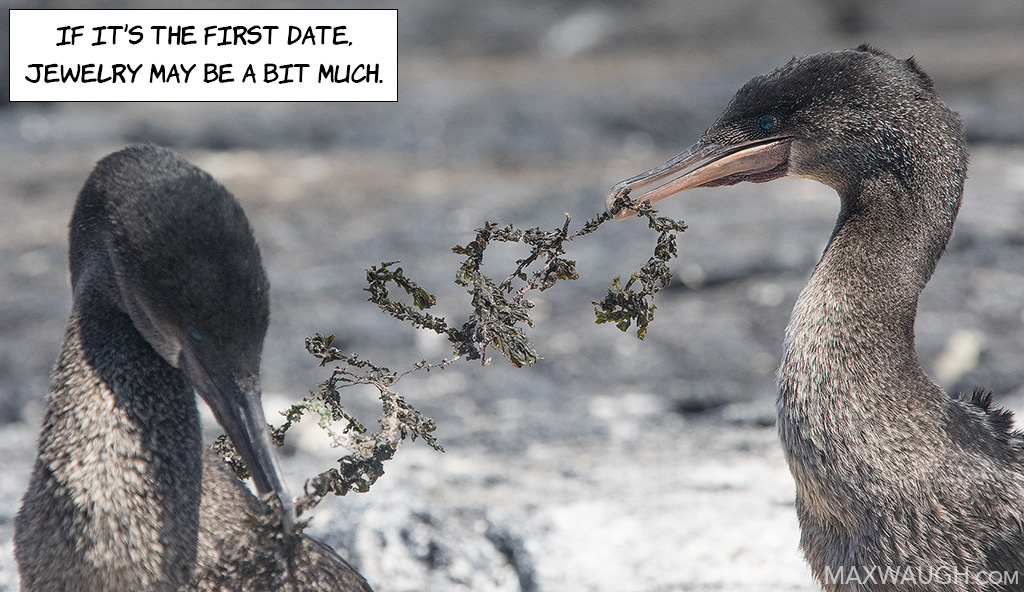 Flightless cormorants “hand” over nesting materials to their mates. 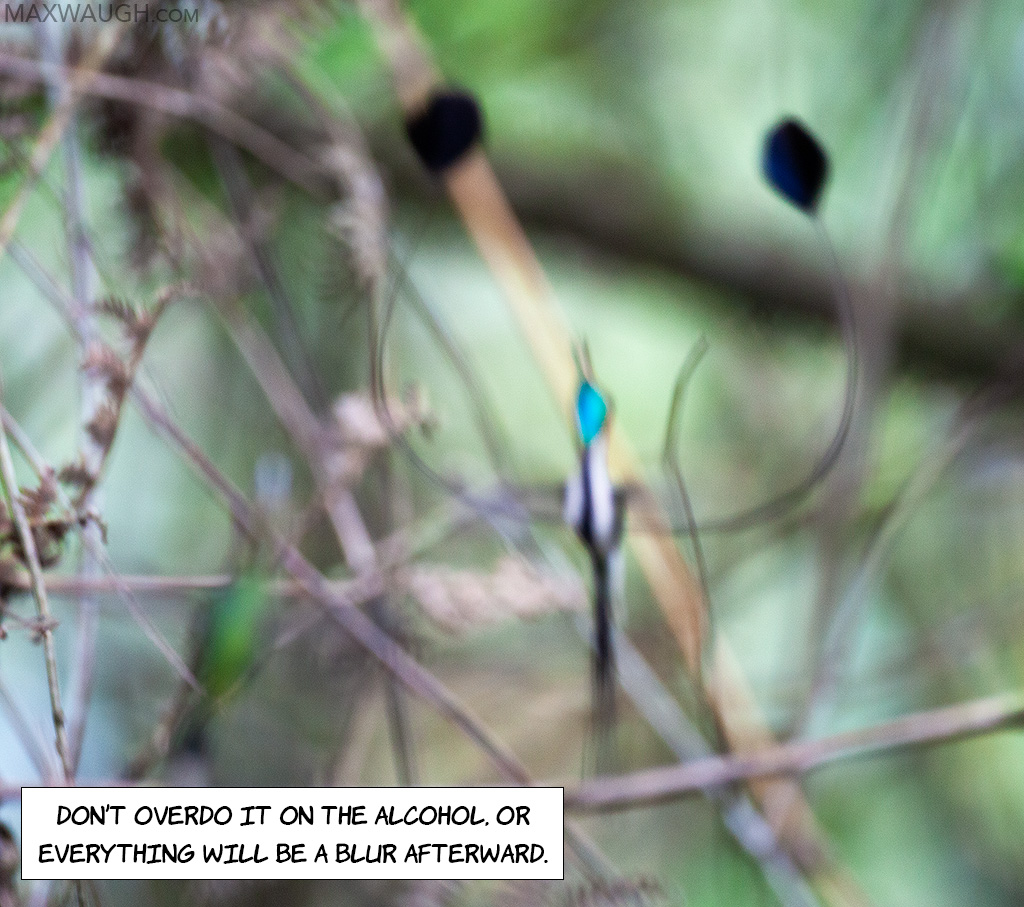 The amazing mid-air courtship display of the Marvelous Spatuletail hummingbird sees the male dancing in flight, all while pointing his head toward the sky and raising his tail rackets in a lyre shape… and I missed it! 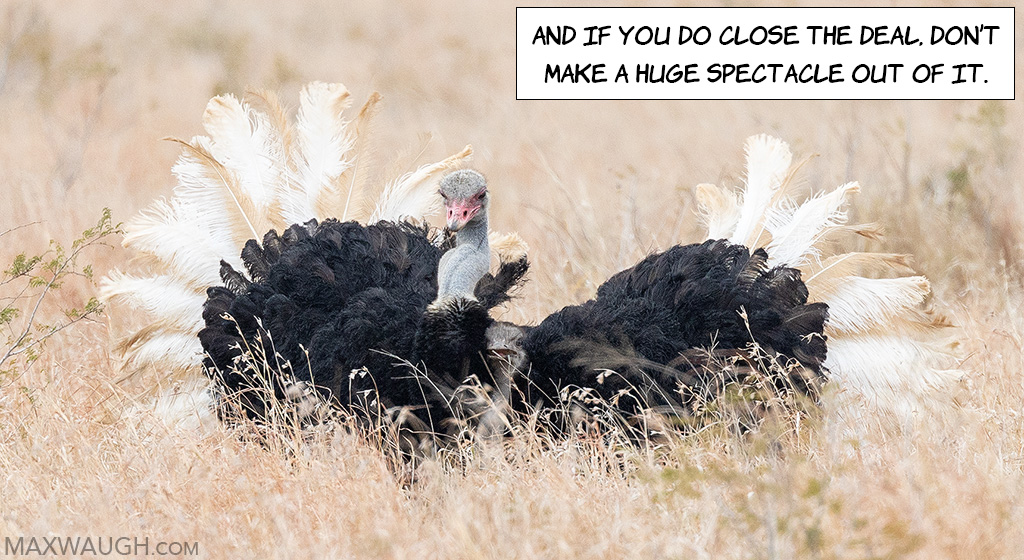 The male South African Ostrich buries the female in the ground, spreads his wings out, and bobs his head and neck back and forth furiously while copulating… To be fair, she is the one who extended the invitation by lying down on the ground to indicate her interest. 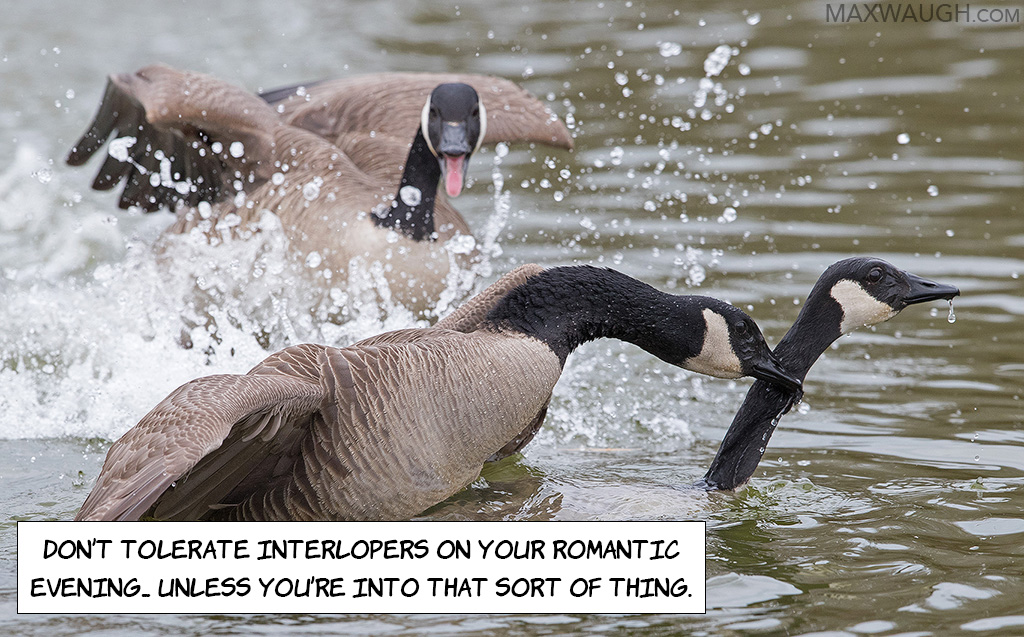 Canada Geese are pretty competitive, jealous, and occasionally violent when it comes to courtship and mating. 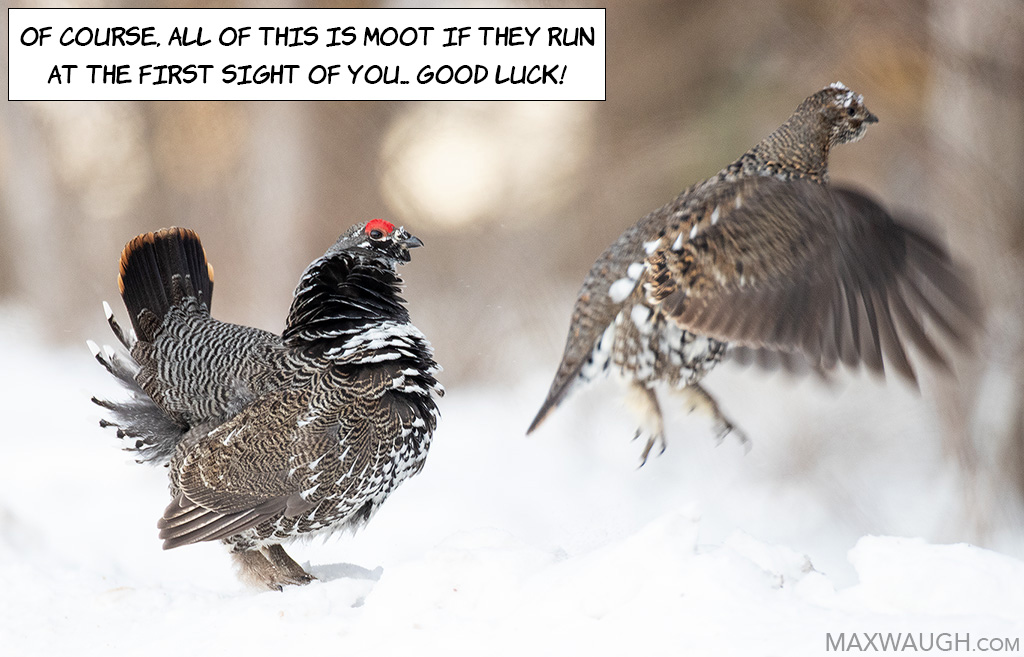 A female Spruce Grouse takes off, not impressed by the male’s display.