March WILDERness: Rounds of 16 and 8

Here’s where we stand after the first two rounds of the March WILDERness bracket. My followers on Facebook and Instagram have picked favorites between different animals over twelve days. Only sixteen competitors remain, and it’s a total mixed bag (which was sort of my hope). 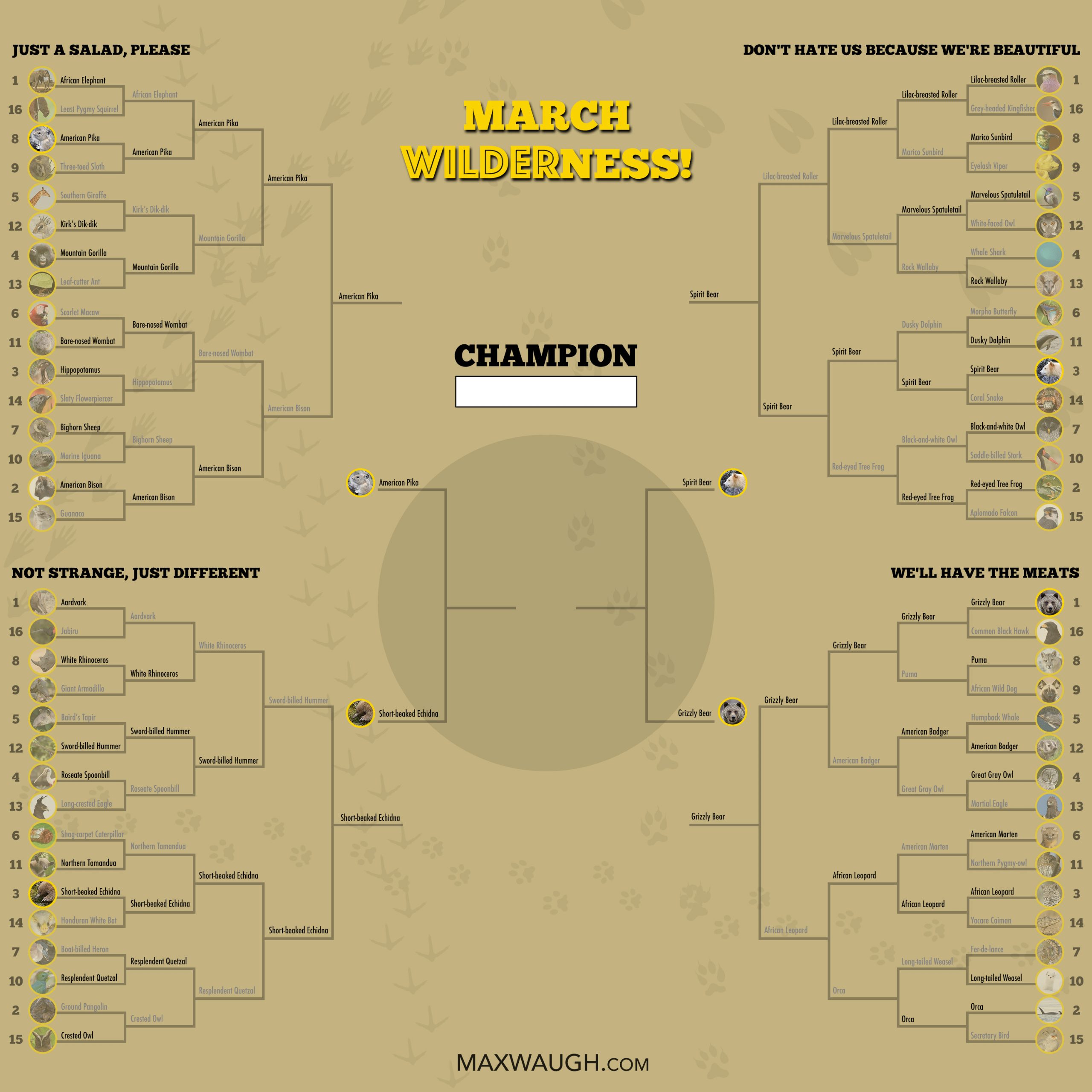 Games got closer in the second round. Though we only had one overtime score (decided by Jenn’s vote), only a couple animals failed to garner at least double-digit votes. Some animals bounced back from tight first round contests with blowouts in Round 2. Meanwhile, some of the games I thought would be the toughest/closest matchups indeed played out that way. Note, for all scores from the second round, please check out the previous post.

Biggest Wins in Round 2:

Closest Games in Round 2:

Biggest Surprises (to me) in Round 2:

Well, I was the one who seeded the Aardvark #1 in the Not Strange, Just Different region. And now it’s gone. The pangolin was a 2-seed in the same group, and it lost in Round 1. This is a good reminder that seeds are based on how well an animal fits the regional theme. Aardvarks and pangolins are truly weird and unique… but that’s doesn’t mean they’ll be favorites of the voting populace in what amounts to a basic popularity contest. Still, I thought both animals would do far better (as you’ll see as I continue to unveil my pre-tournament predictions).

My Predictions: Here were my picks through the second round… 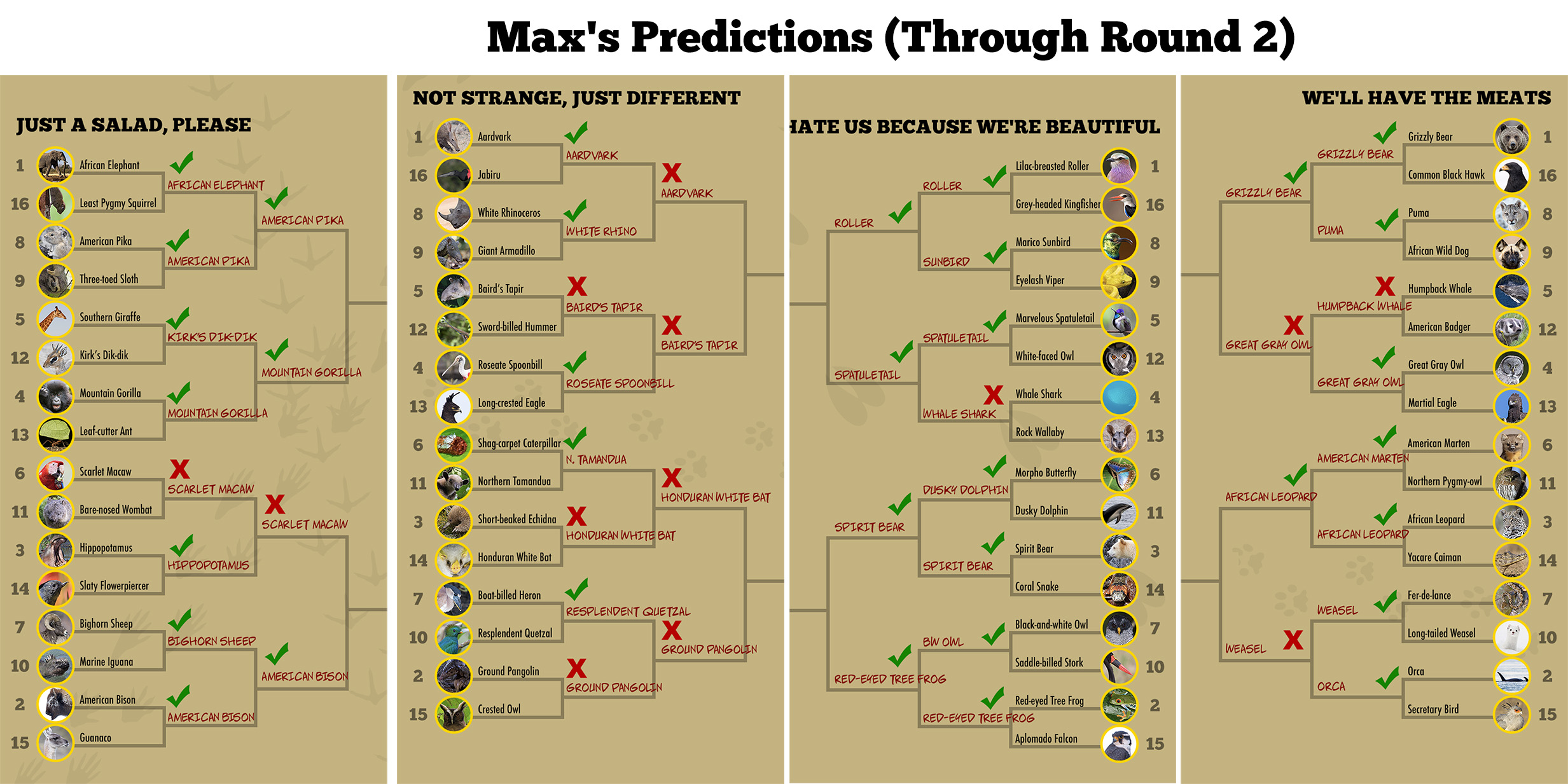 Obviously, my Not Strange, Just Different region is toast. But I still have my other three picks for the Last Four alive!

Breakdown of the remaining participants:

Breakdown of Remaining Participants by Seed:

My Picks for the Best Matchups of the Round of 16:

The closest game was Sword-billed Hummingbird over White Rhinoceros, 21-20

My Picks for the Best Matchups of the Round of 8: Tuesday’s games… I really think they could go either way! (Pika/Bison was indeed the closest… followed by Echidna/Hummingbird)

FOR INFO ON THE FINAL ROUNDS, CHECK OUT THE NEXT BLOG POST!

As a reminder, you can participate by voting on my Facebook page, or my Instagram page, and check back here for updates!