Last week I debuted the first set of images from my September Zambia trip in the Zambia 2021 Birds gallery. Now it’s time to unleash the rest of the photos. There are a lot, since the trip was highly productive when it came to several different mammal species.

The trip was spent in two primary areas: Lower Zambezi National Park and South Luangwa National Park. The former is known for its bountiful life near the shores of the mighty Zambezi River (elephants and hippos abound), while the latter is famous as a leopard hot spot. But there was so much more to behold!

As always, you can jump straight to the gallery. A short preview of some of the highlights is below (btw, you may recognize some of these subjects from my Best of 2021 collection). 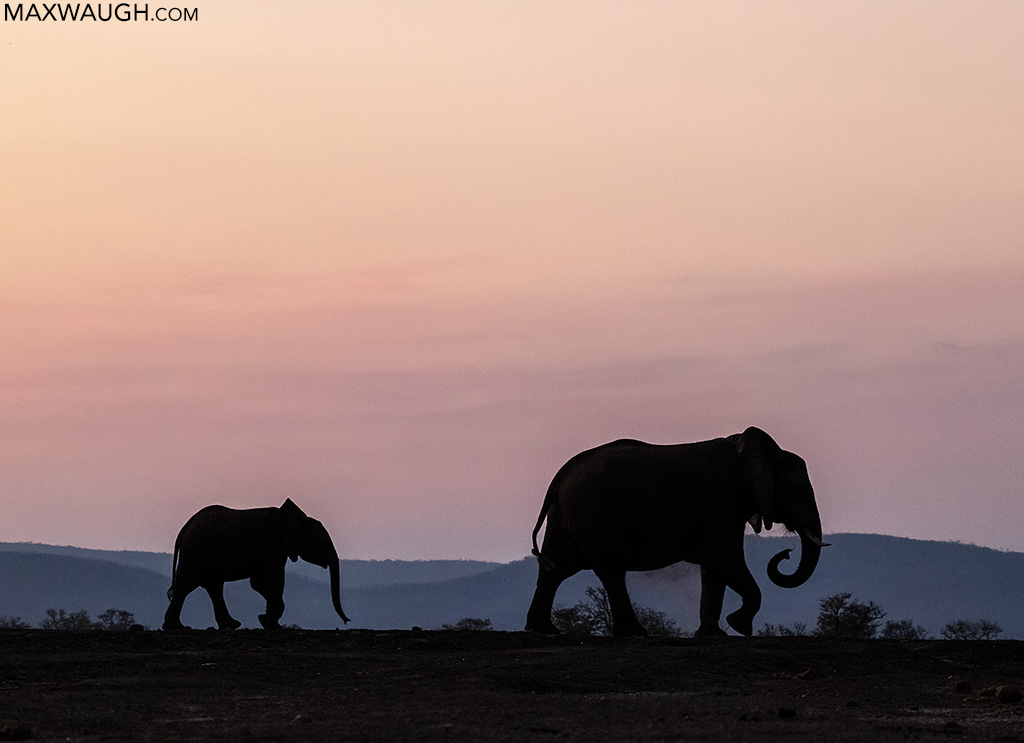 I was overwhelmed by the amazing number of elephants on this trip, particularly in the Lower Zambezi, where most of these photos were taken. 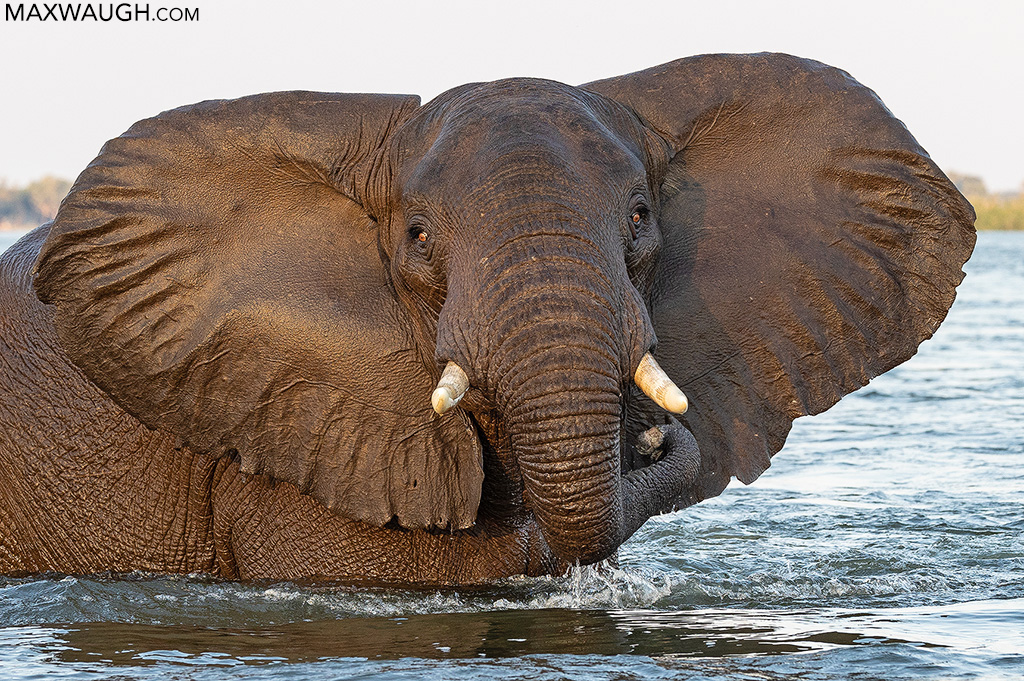 It was cool seeing my first river-bound elephants! 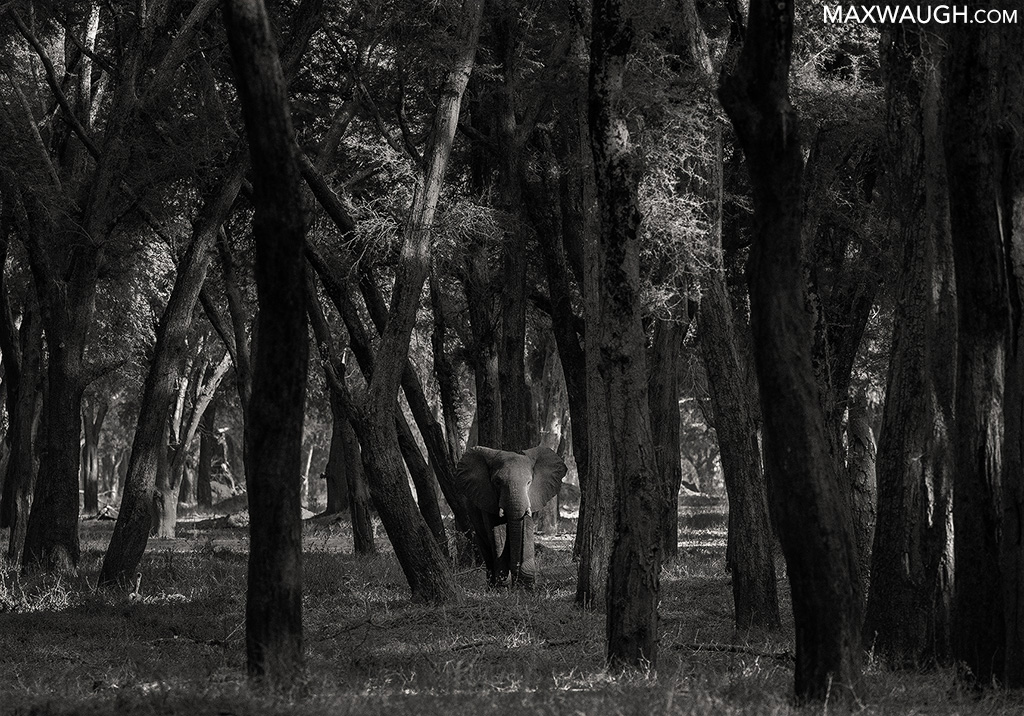 I also really enjoyed photographing elephants and other wildlife in the beautiful winterthorn forests of the Lower Zambezi. 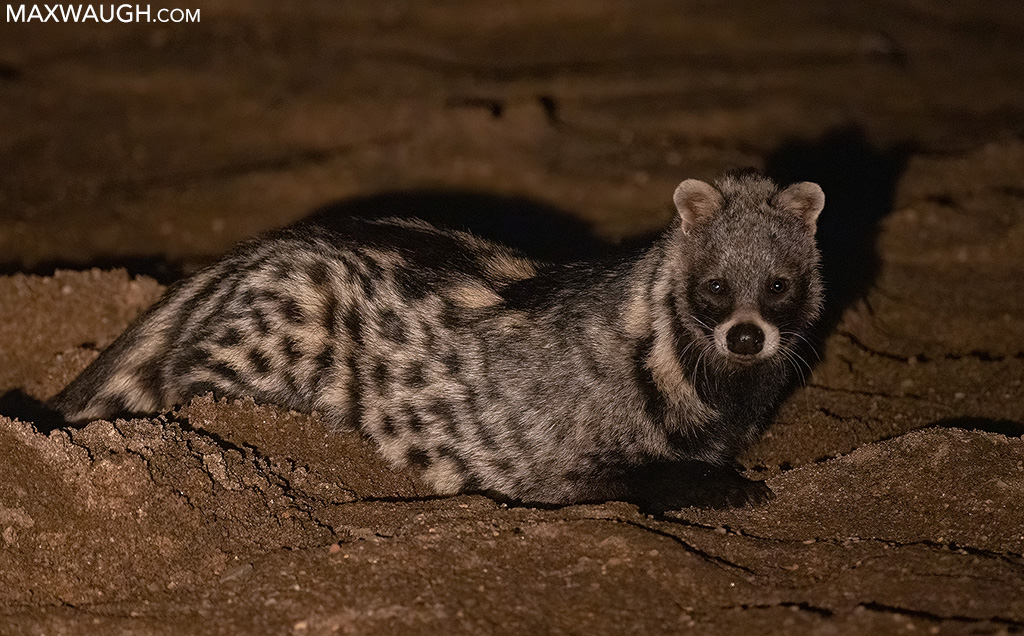 I was shocked at how many civets we saw during night drives… we had sightings nearly every night!

There were several nice hippo photo ops, both in Lower Zambezi (where they were everywhere) and South Luangwa. 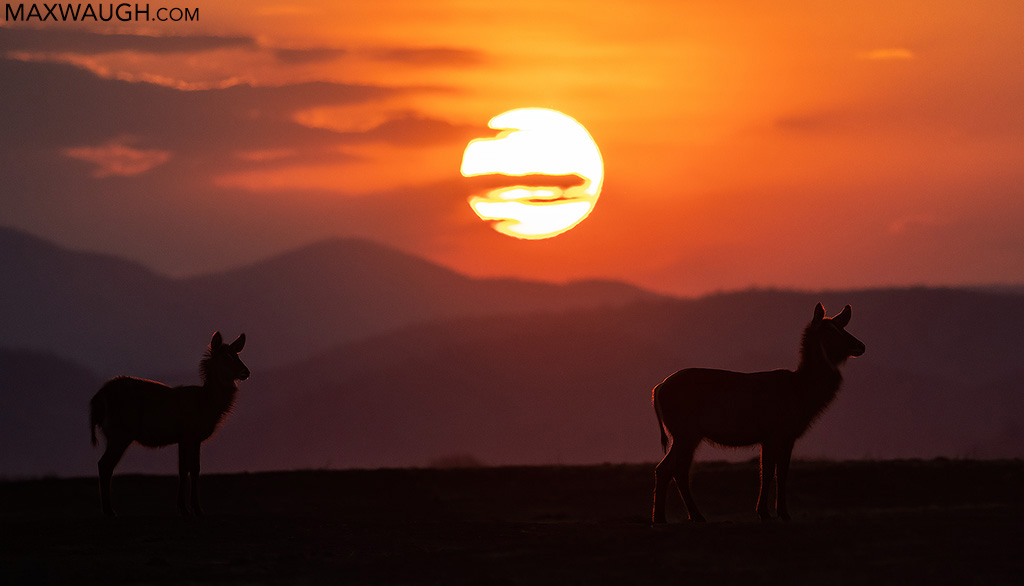 Waterbucks were one of the more common antelope seen in Lower Zambezi. 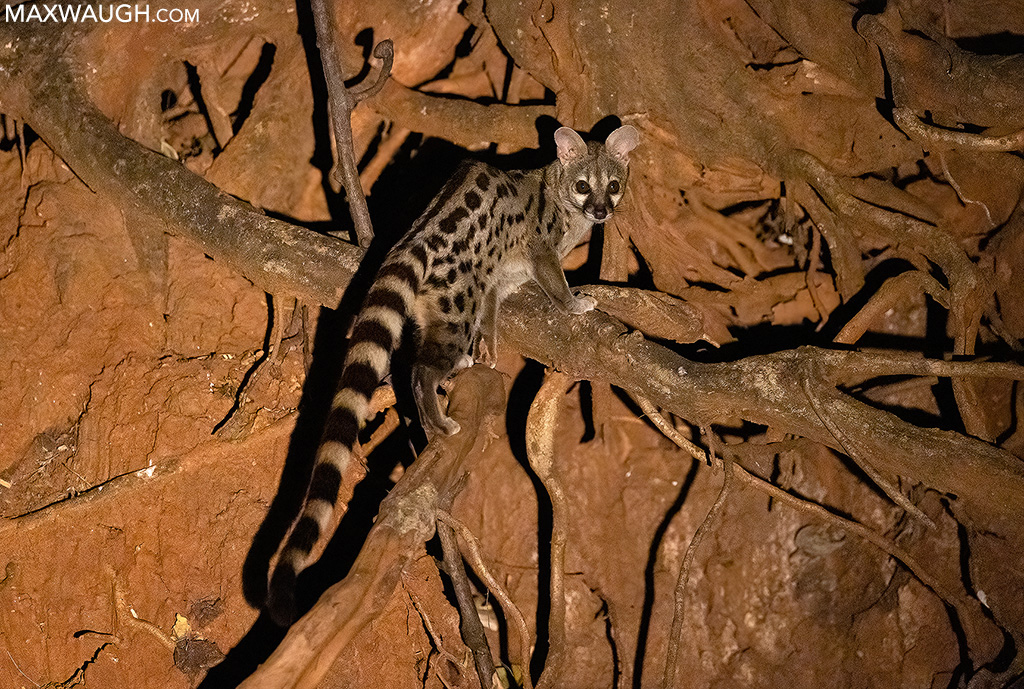 We saw so many genets during night drives. Sometimes I lost count, but on one night we had at least a dozen sightings. Which was great, because it’s the first time I’ve had an opportunity to land decent photos of this nocturnal species. 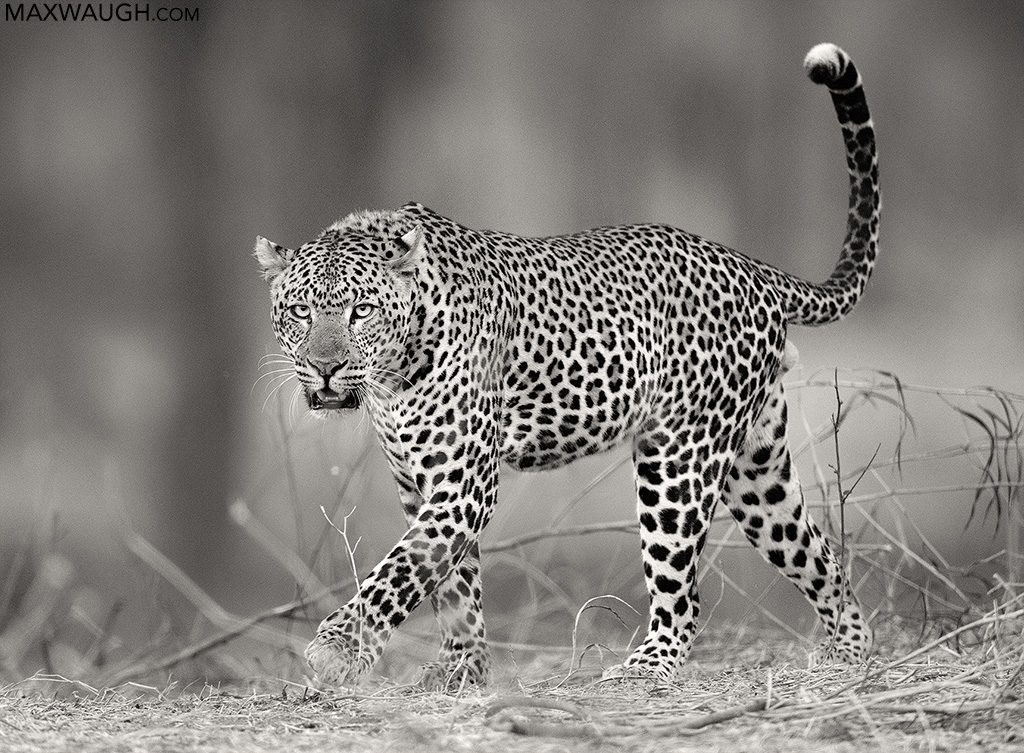 We spent time with this gorgeous male leopard—one of the best looking leopards I’ve ever seen—over the course of an evening and morning in Lower Zambezi National Park. 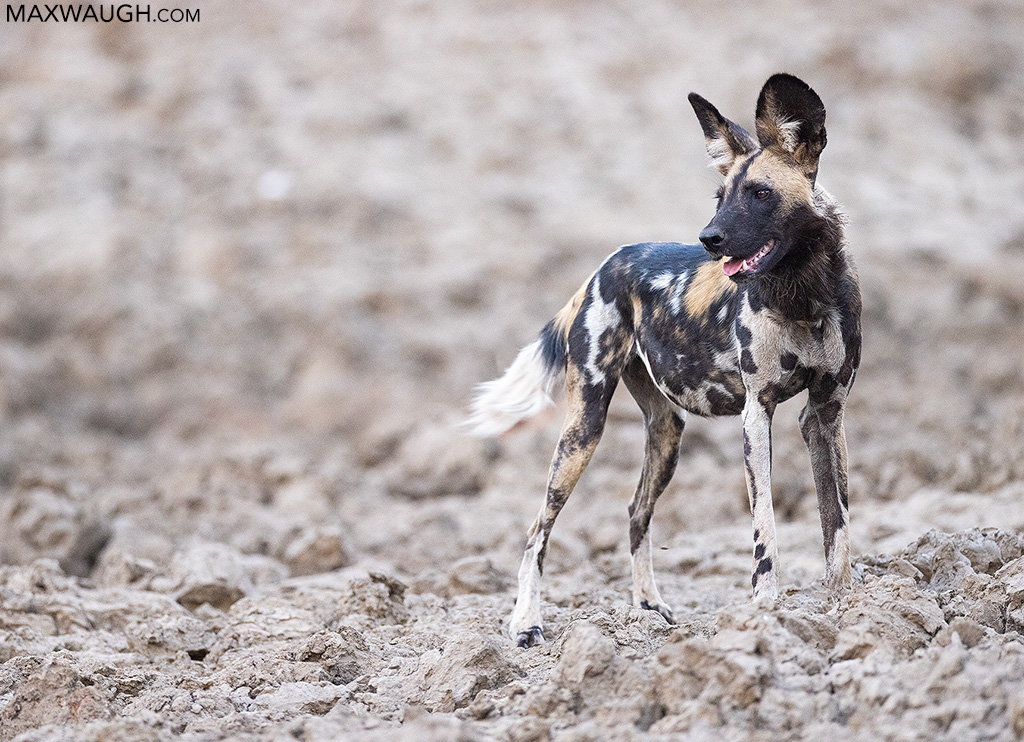 I was fortunate to spend time with another pack of wild dogs in South Luangwa. This pack had ten pups, including a very pretty one with extra white markings on its forelegs. 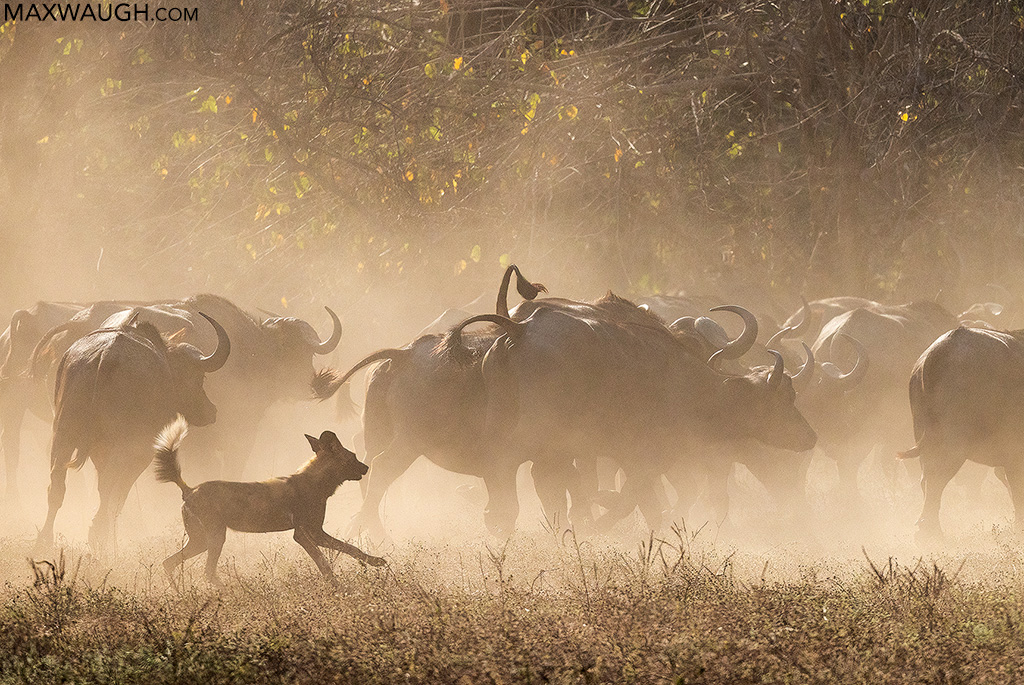 We had an incredible day tracking African wild dogs in Lower Zambezi National Park. Seeing this pack run among the winterthorn trees, chase after prey (we just missed two impala kills), and hunt a huge herd of buffalo (without success) made it one of my best wild dog experiences ever.

I was fortunate to spend a day with triplet leopard cubs. 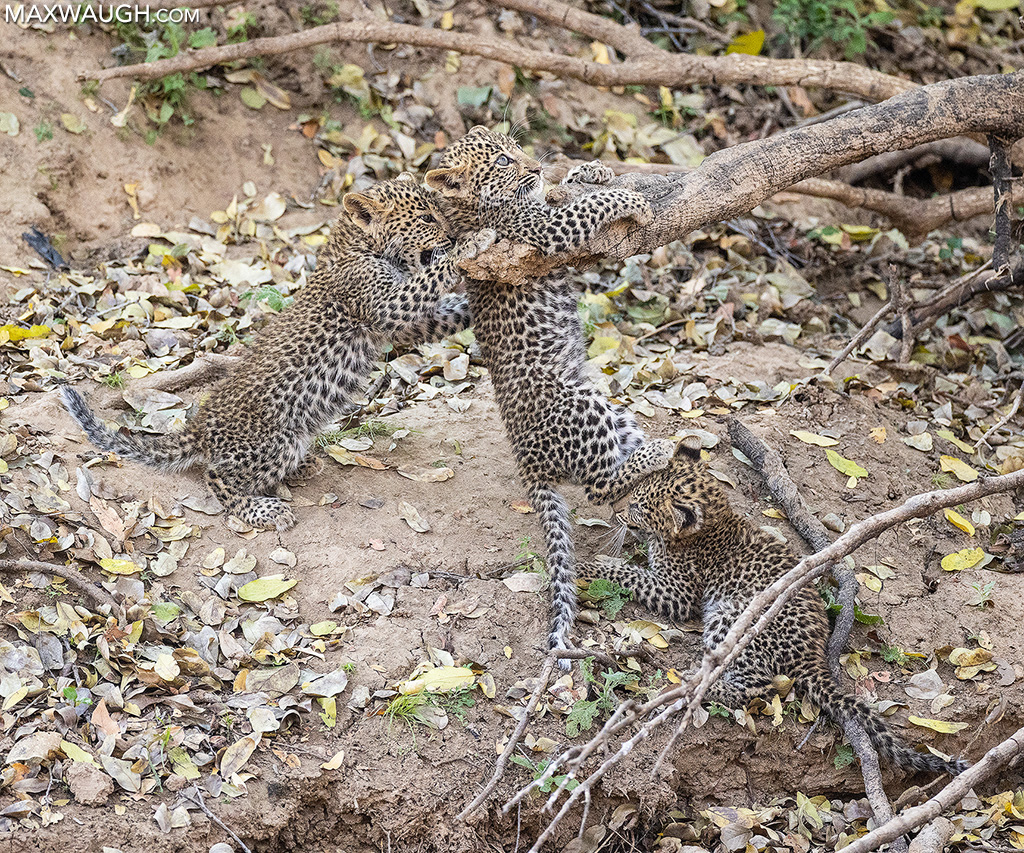 It was my first time seeing a young trio like this, and they put on a nice show while mom was away. 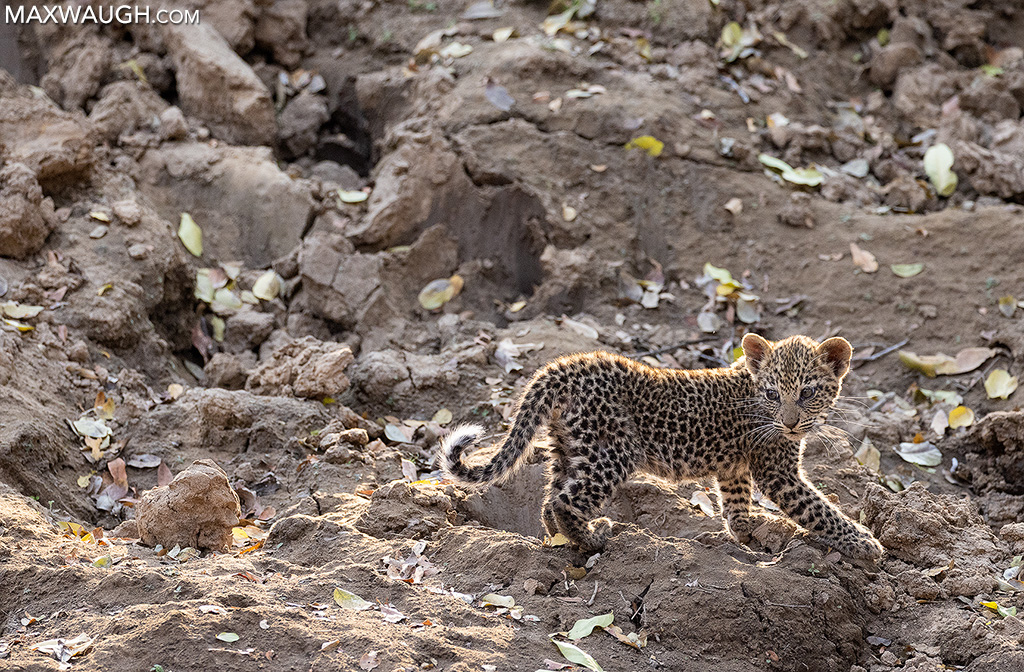 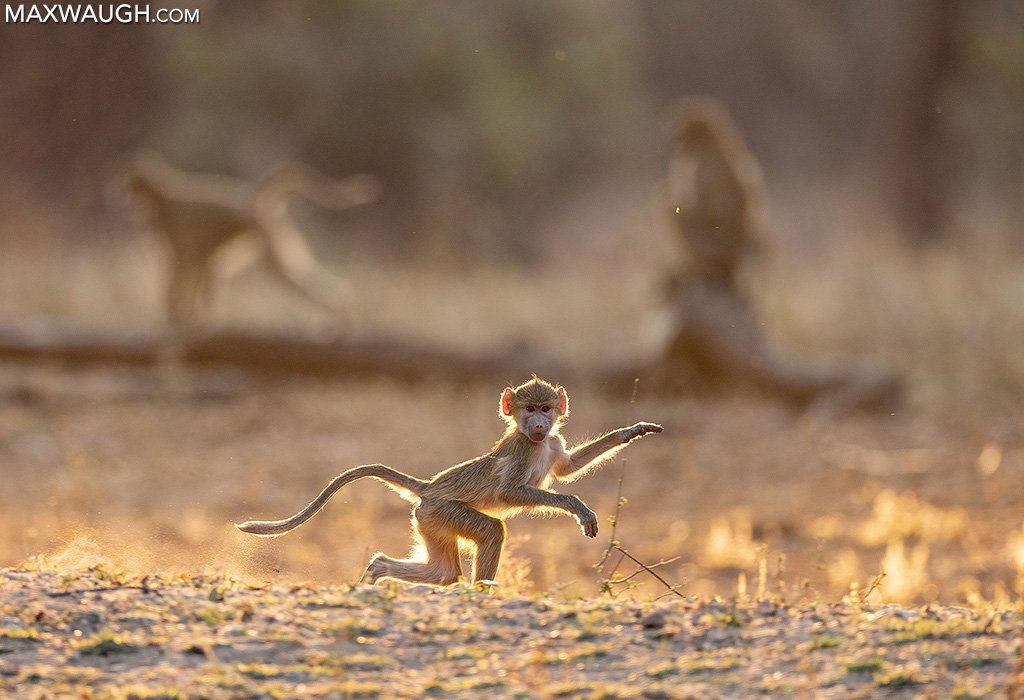 Yellow baboons, photographed in South Luangwa National Park, were a new species for me on this trip. 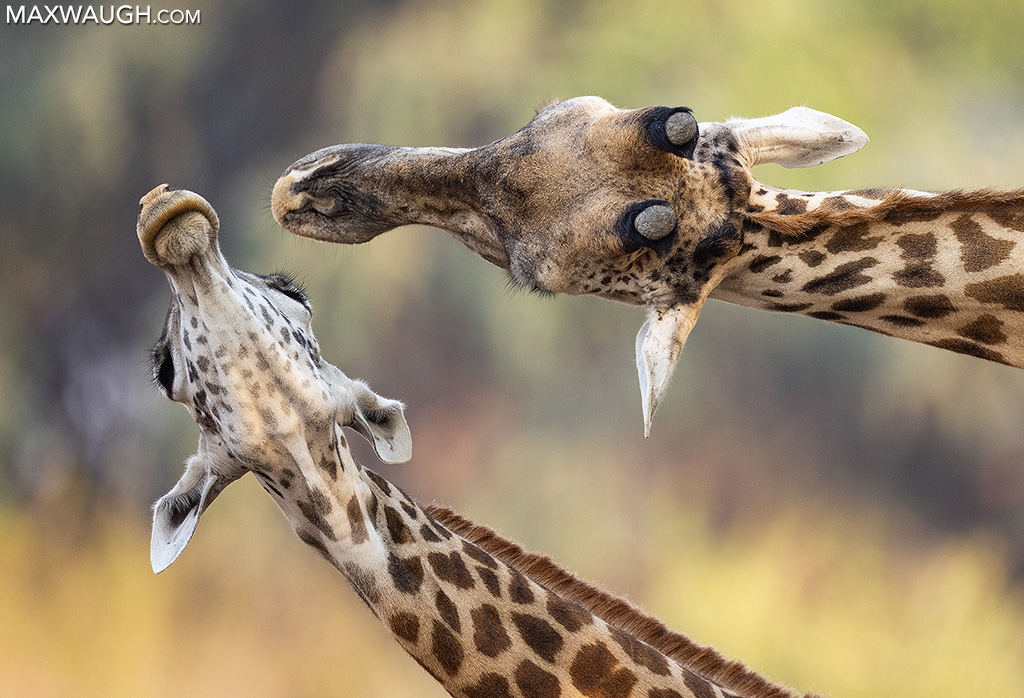 Thornicroft’s giraffe is a subspecies confined primarily to this part of Zambia. I saw them in South Luangwa. 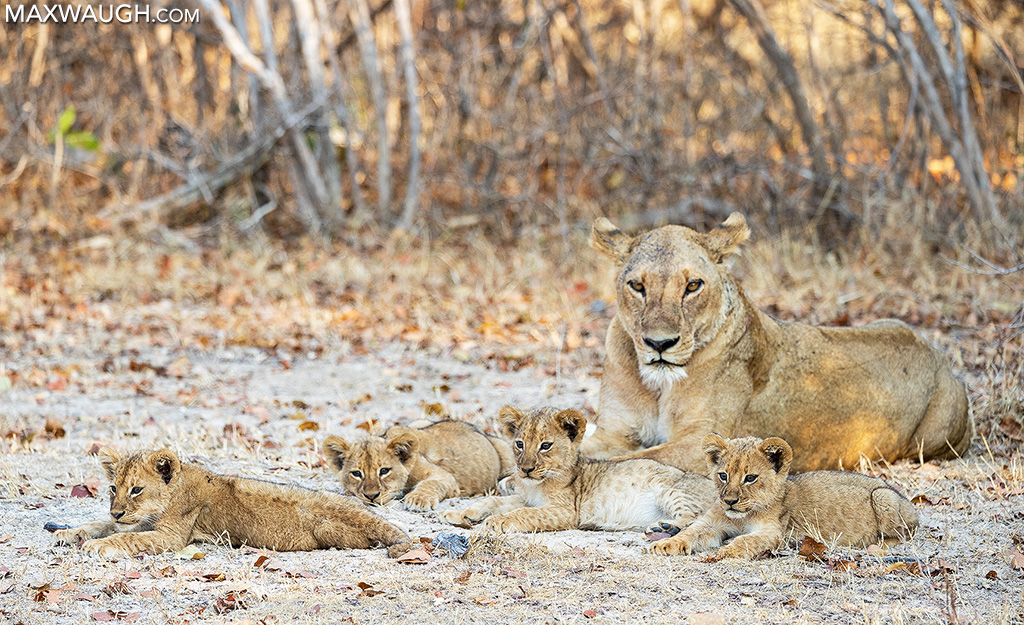 We had a couple nice lion sightings in both parks. 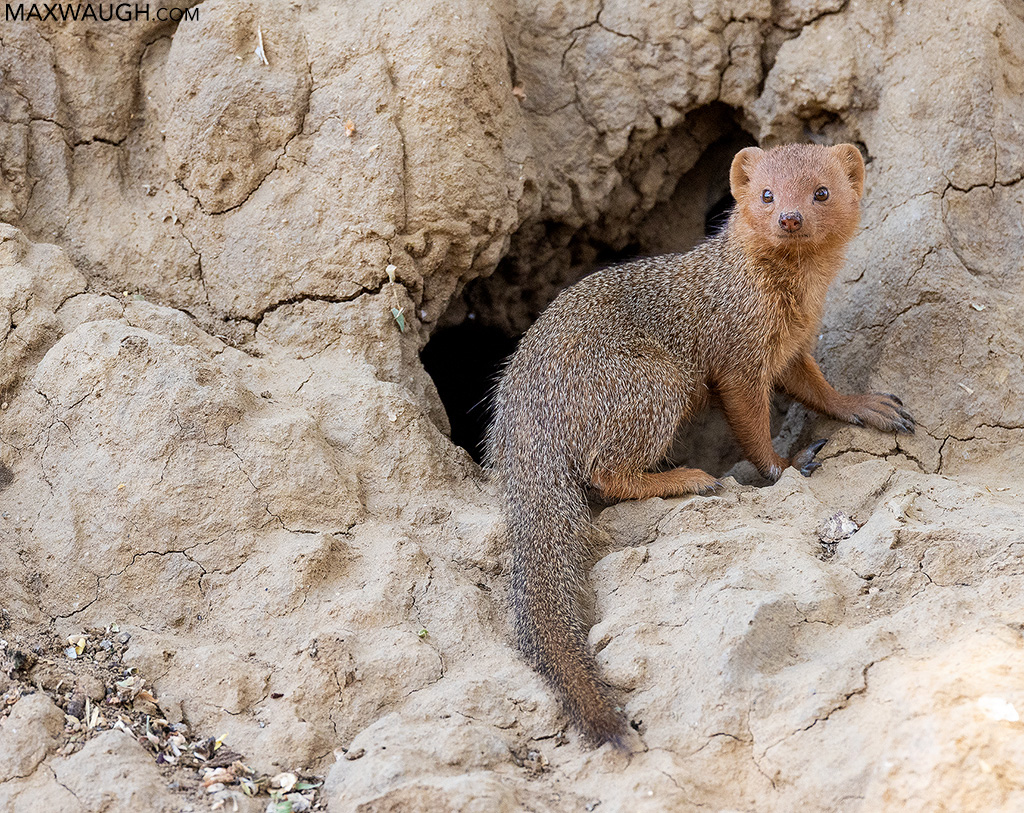 I absolutely adore the dwarf mongoose… it was interesting to see, however, that it was much more reddish than the darker brown ones I see in South Africa. Not sure if that’s the soil, immaturity, or perhaps a regional difference. 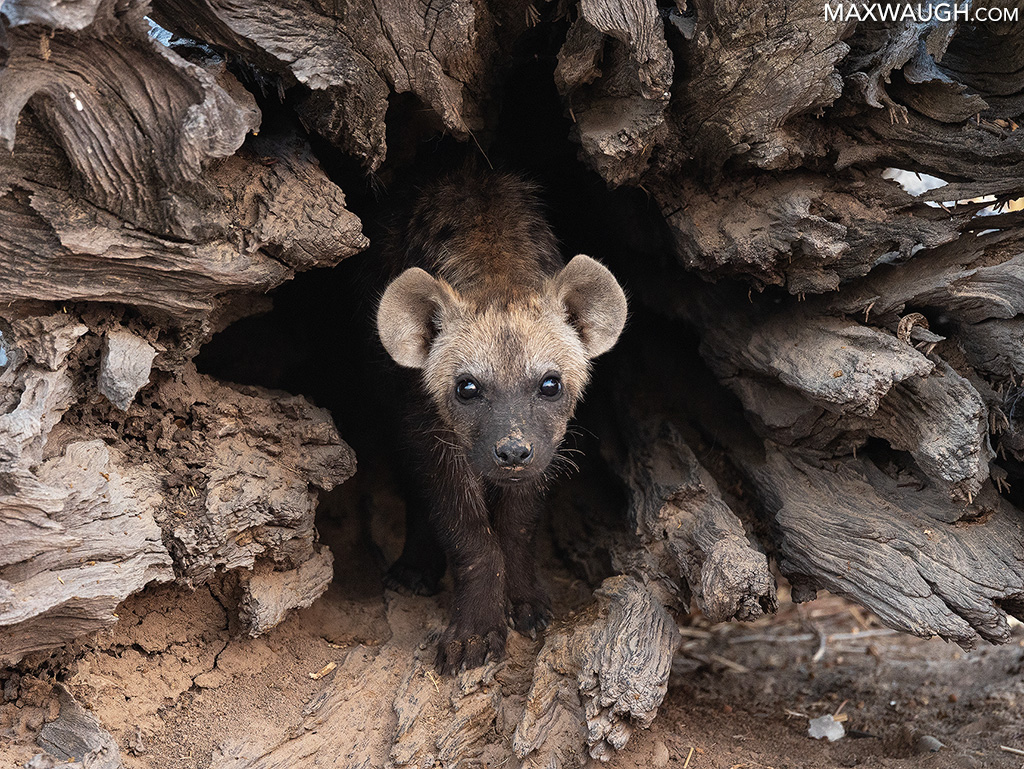 What a fantastic den site.

This visit served as a scouting trip for my 2023 Zambia tour, for which we are now accepting reservations. Learn more here. 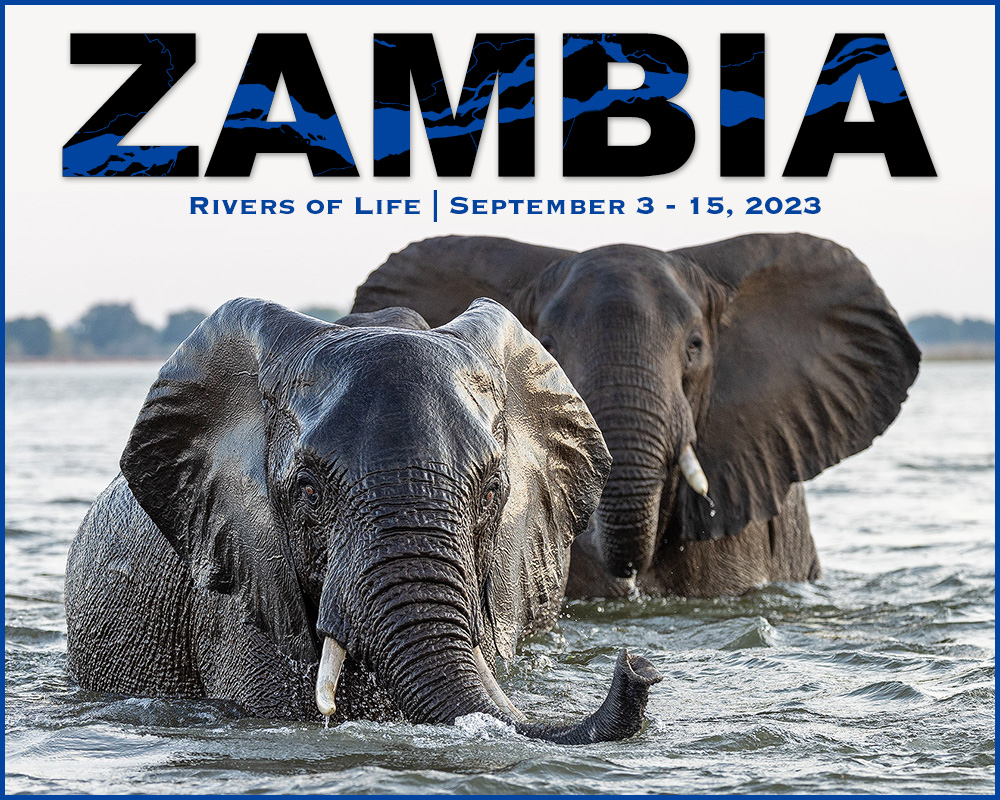