I’ve just wrapped processing on my January 2022 photos from Yellowstone. I was in the park again to lead back-to-back winter photo tours. Both tours were a lot of fun, and we enjoyed multiple highlights along the way. Once again, bison provided some very good photos ops, and I came away with some nice scenes that (shockingly!) looked pretty good in black and white. Wolves surprised my first group with a roadside encounter near some of the geyser basins, and for a second year in a row we had nice marten sightings in the park interior.

As always, you can jump straight to the archive to view the full photo gallery. A short preview is below. 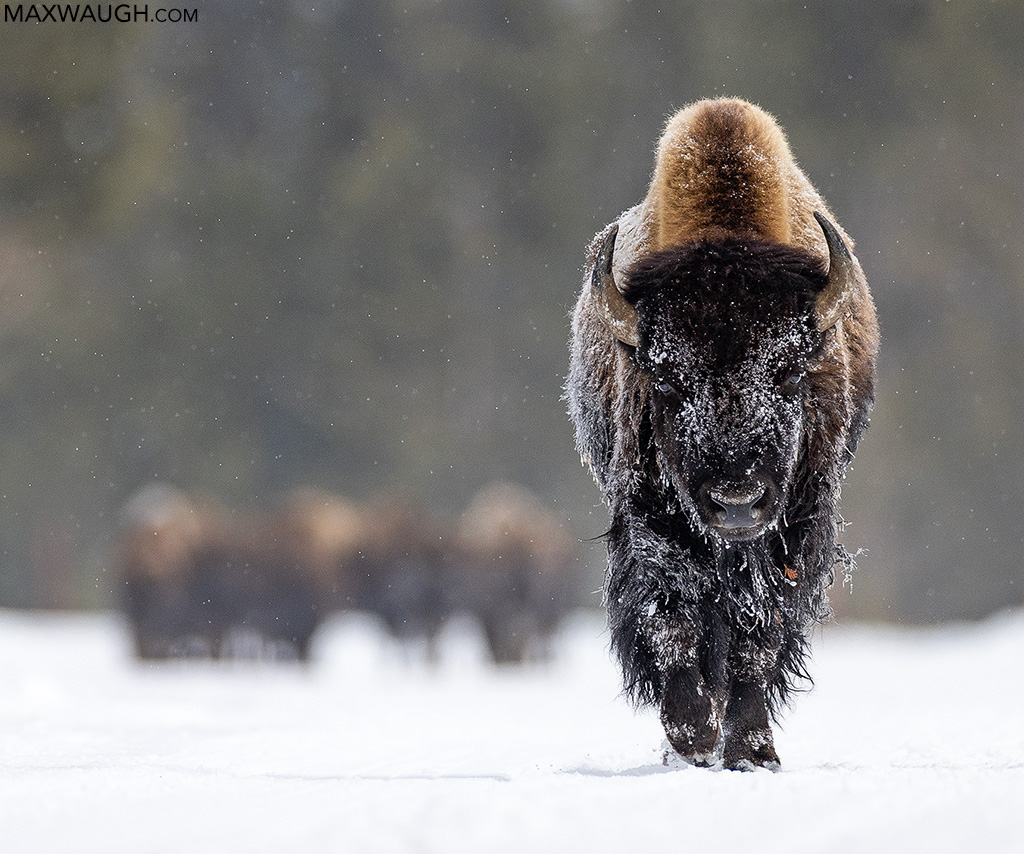 Once again, bison provided some of the best photo opportunities during my winter visit. 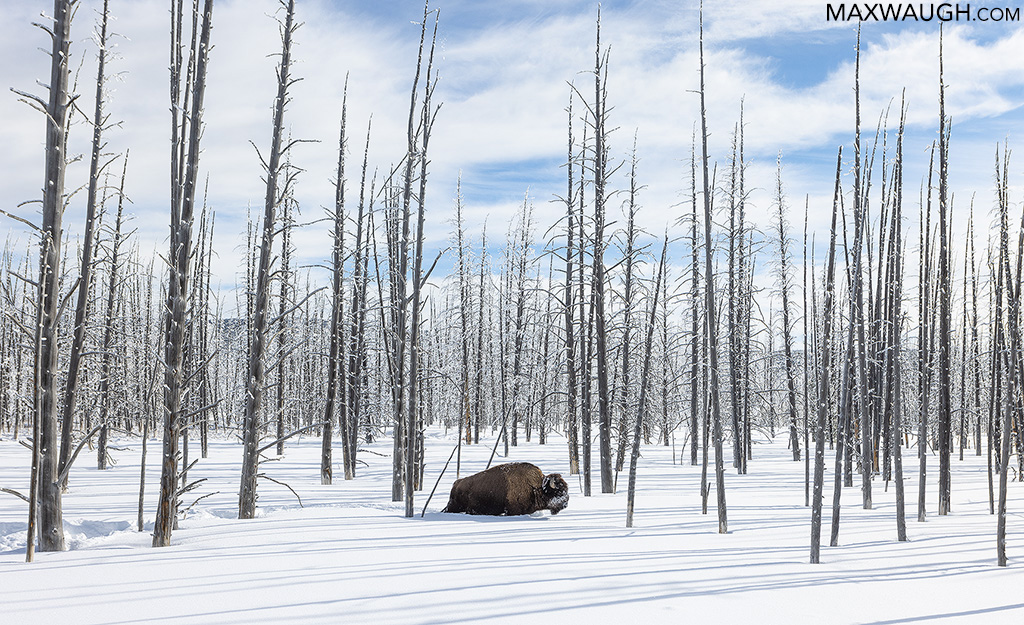 There were some nice chances to photograph them in their environment. 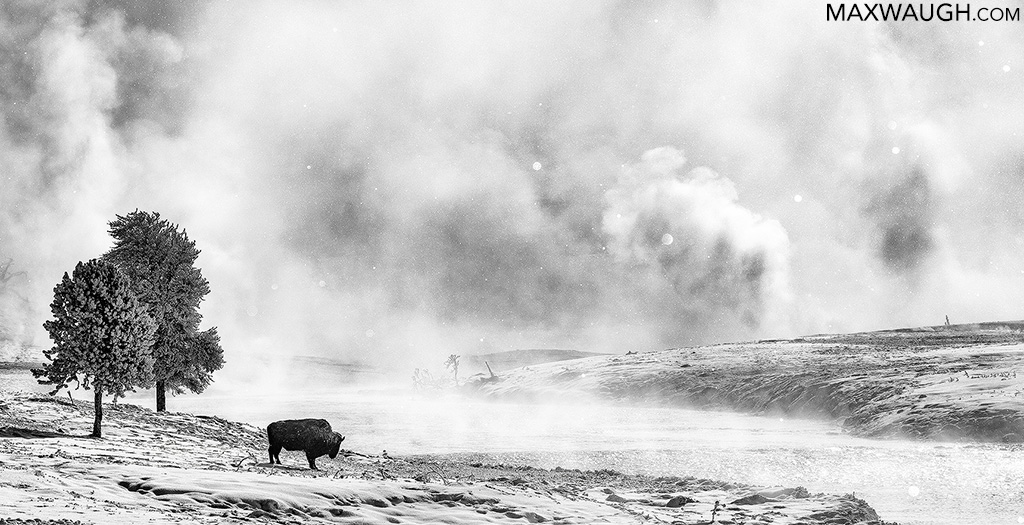 And once again several shots turned out quite well in black and white. 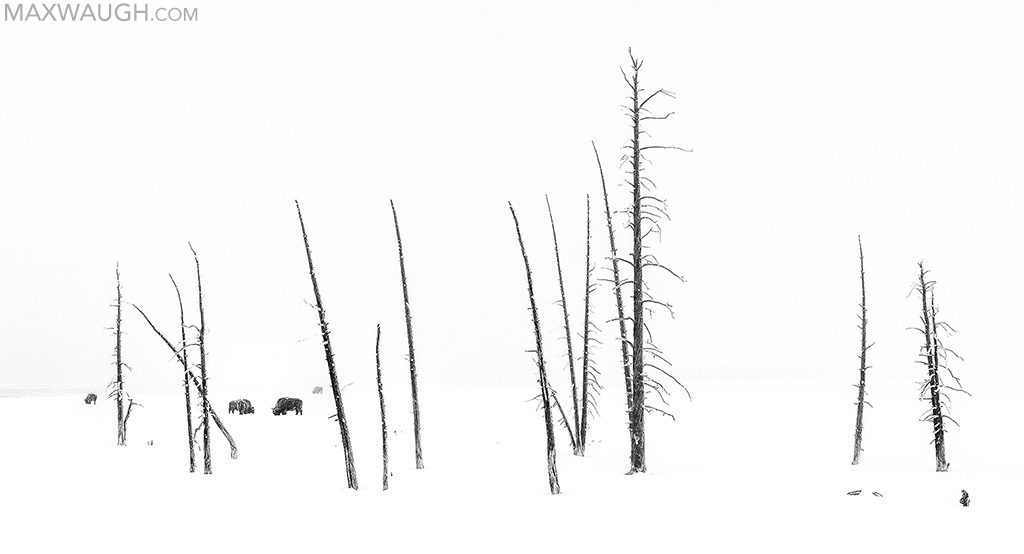 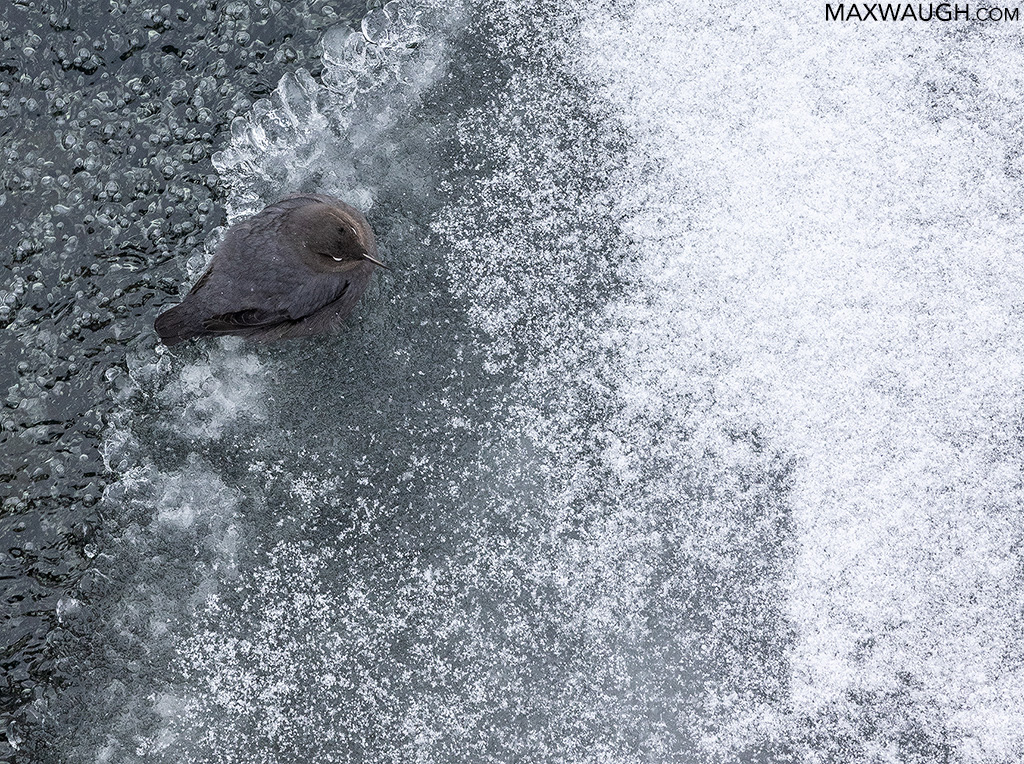 We had a unique opportunity to photograph this dipper directly from above (while standing on a bridge). 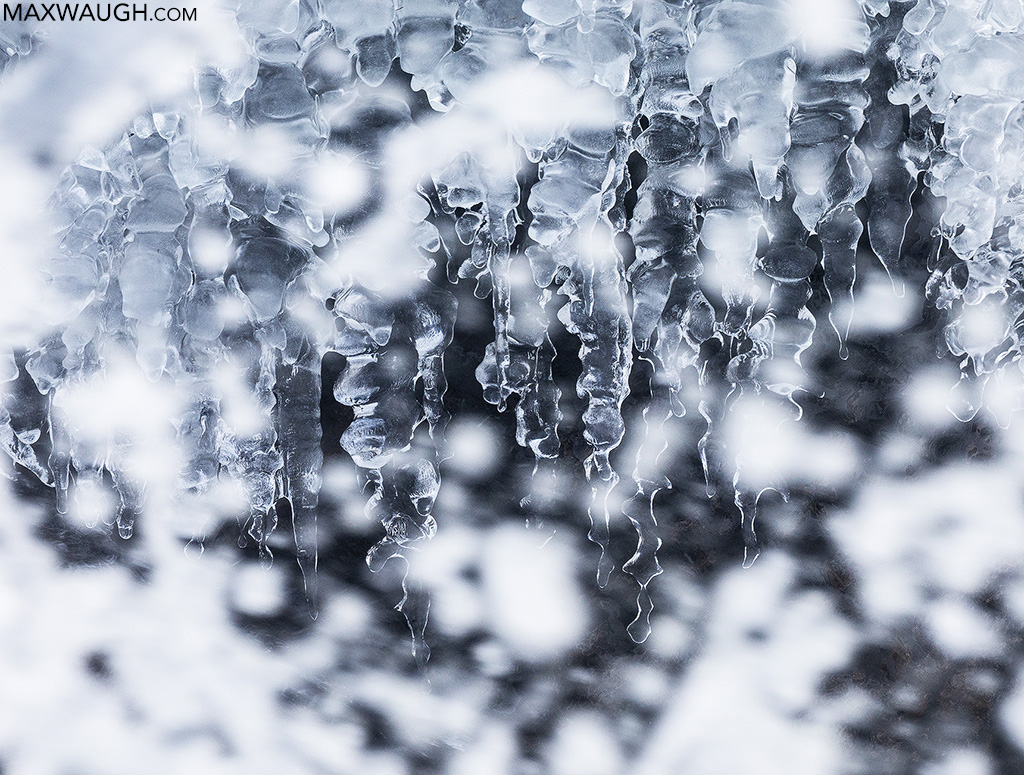 It was interesting to see some of the unique icicle formations along the banks of the Firehole River. 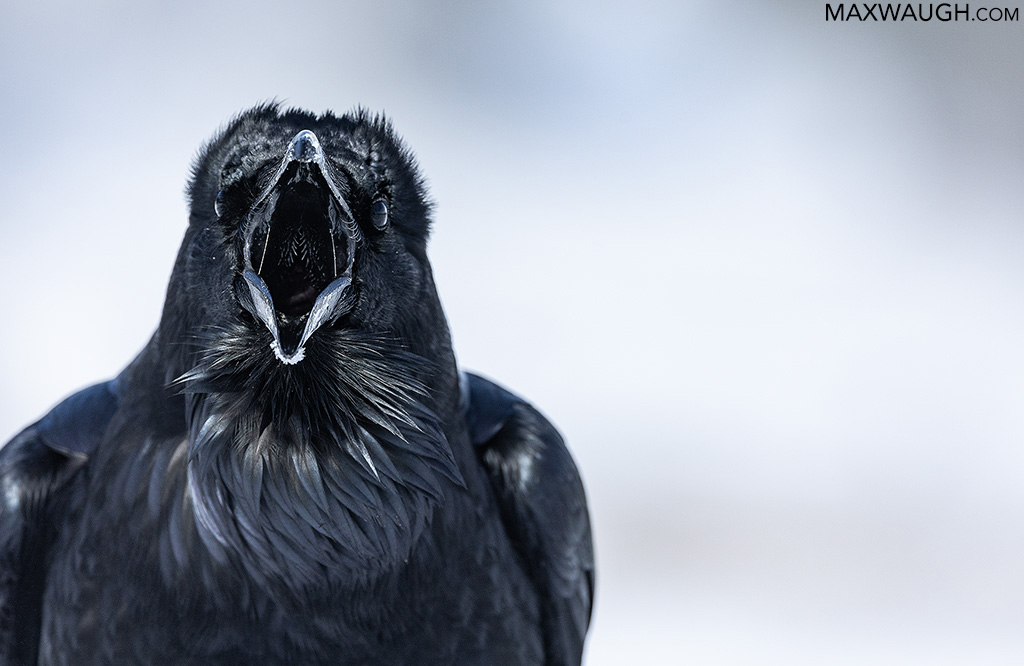 Ravens remain one of my favorite and most-commonly photographed winter subjects in the park. 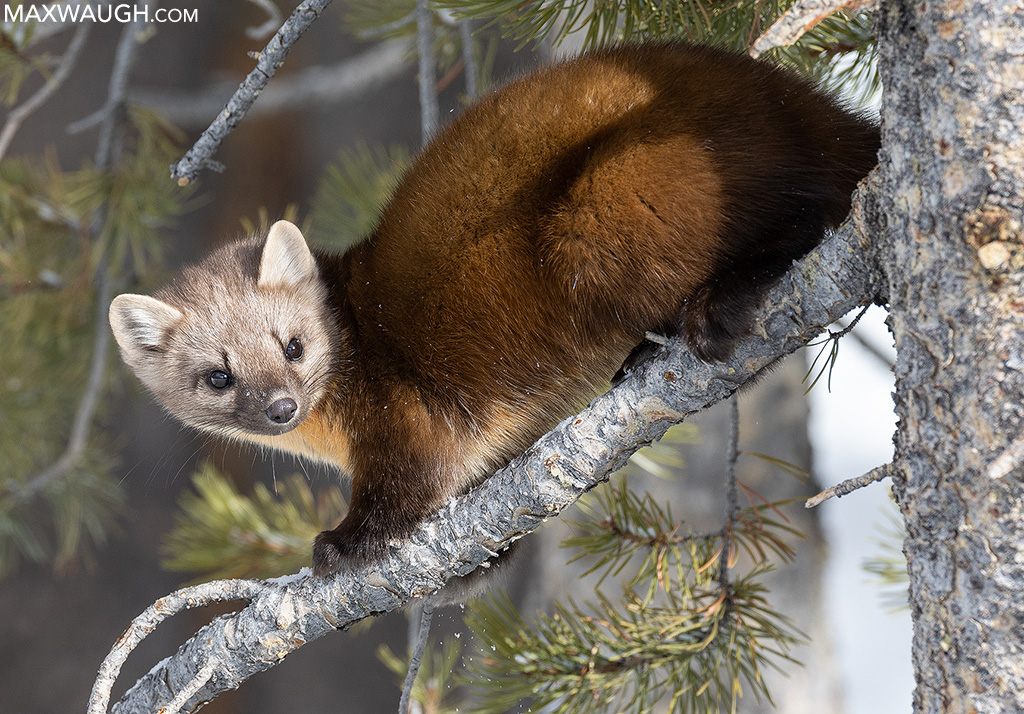 Though the martens hanging out near Canyon in recent years are probably attracted by human facilities (dumpsters, warm buildings), it was nice to photograph them in the forest at times, behaving a bit more naturally. 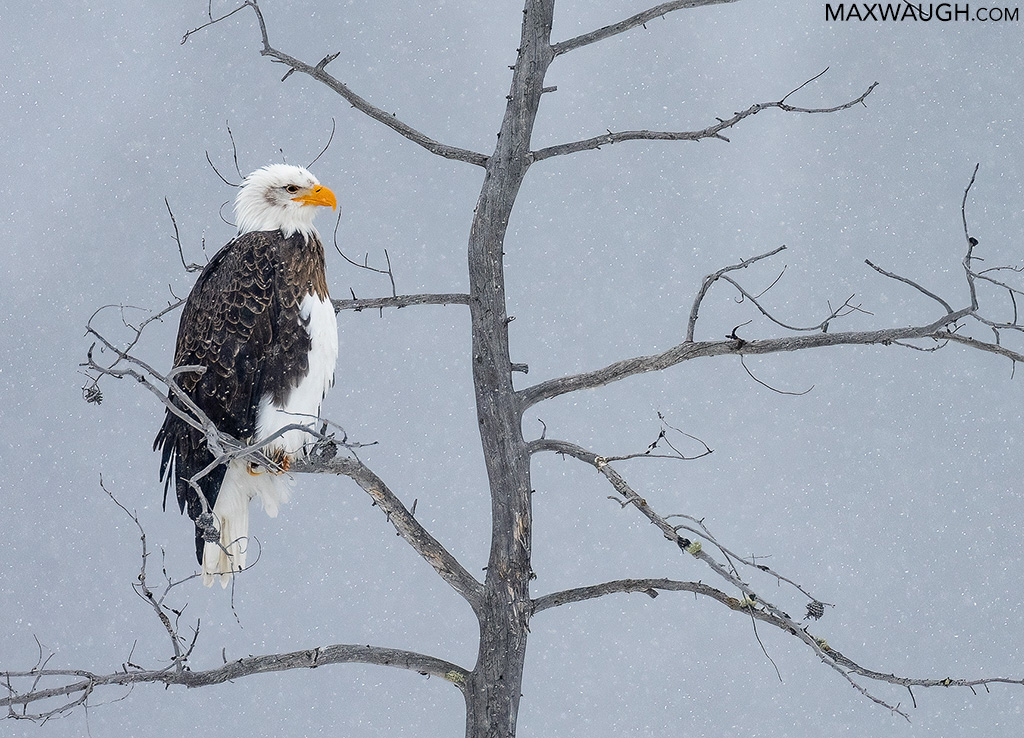 This marked my first time seeing a Bald Eagle with leucism in Yellowstone. Previously, I have seen a semi-leucistic (“piebald”) American Robin in the park. I have also seen a leucistic Bald Eagle with a different plumage variant: more of a caramel color rather than dark brown, but without stark white body or wing feathers in the Pacific Northwest. 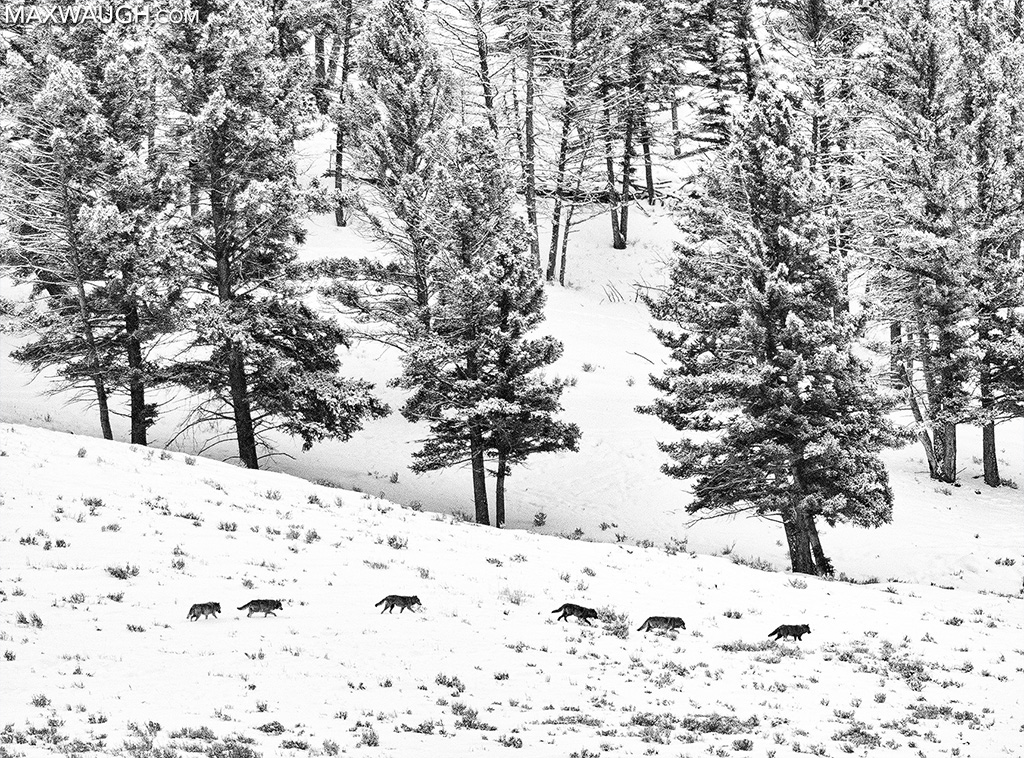 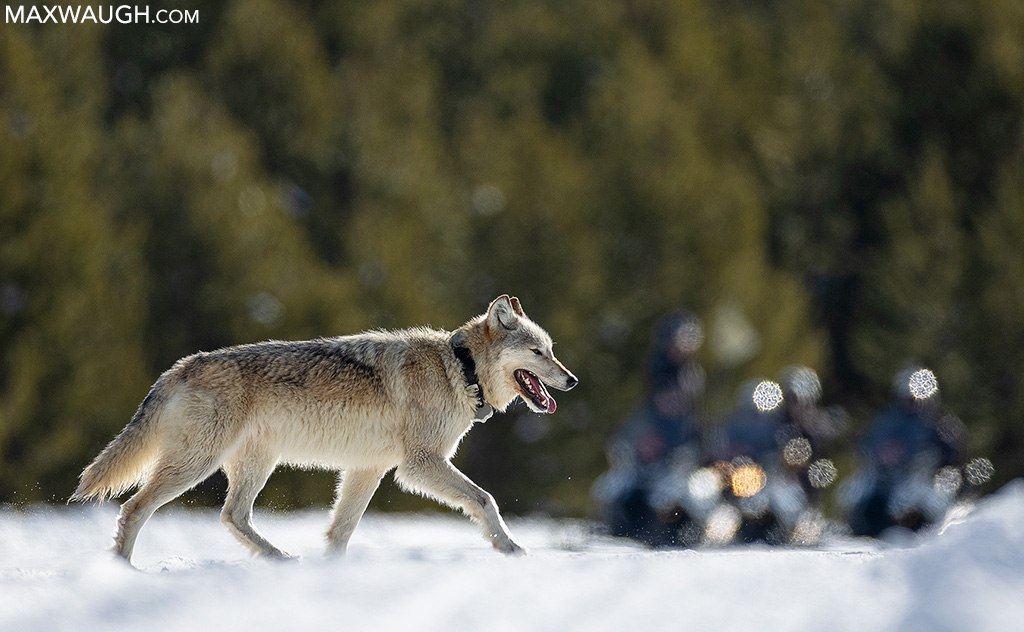 One of my tour groups was fortunate to encounter the Wapiti Lake Pack near the road in the park interior. 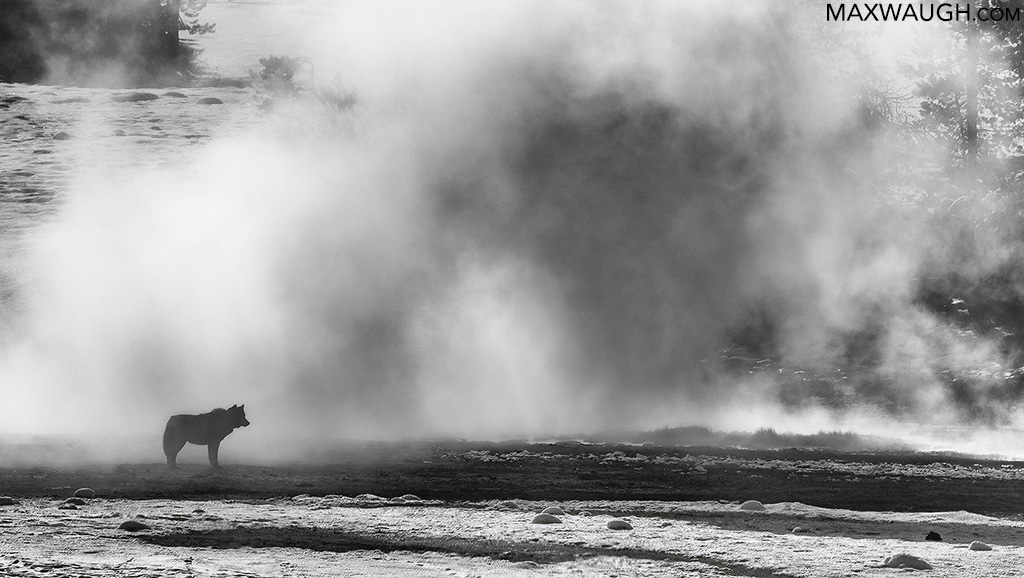 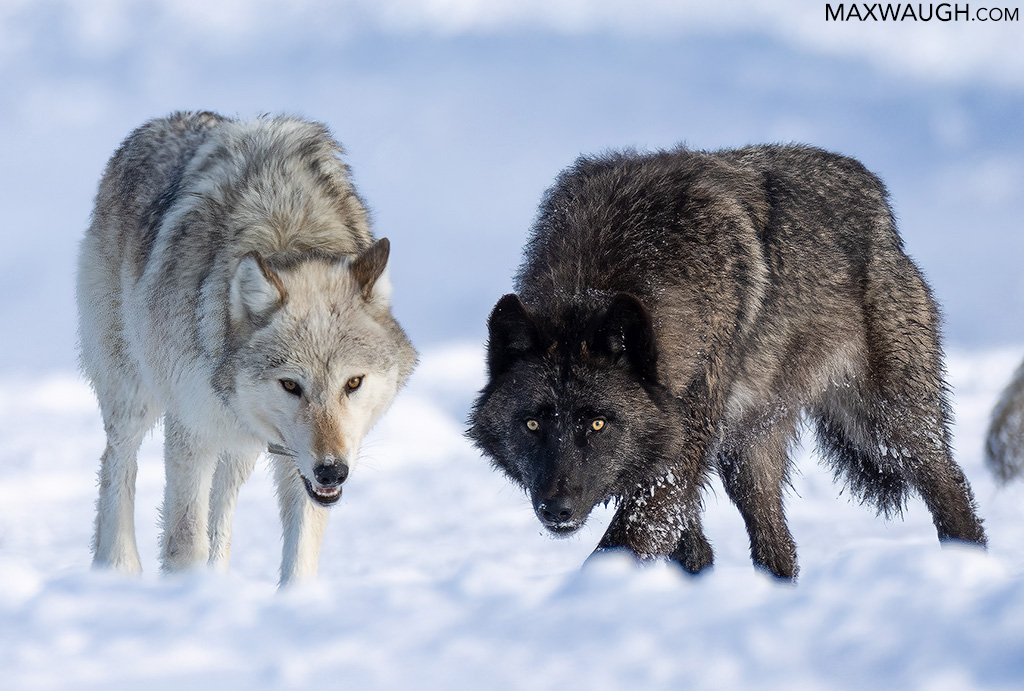 The wolves crossed the road a couple times. 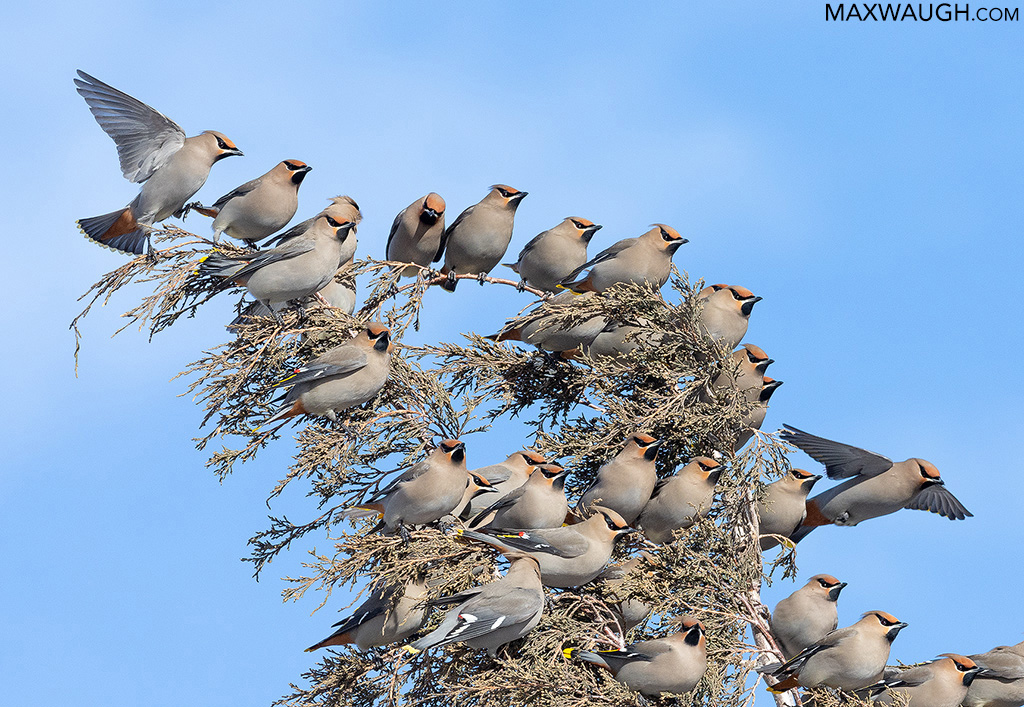 It was pretty exciting seeing a large flock of Bohemian Waxwings during one of my tours. It’s a species I’ve only photographed a few times over the years (there were also some Cedar Waxwings mixed in).

And remember that you can order prints of nearly any of the images in the archive! Use coupon code KPSEAY to save 15% between now and the end of the summer.