I’ve added another gallery of older photos to the archive. The Costa Rica 2005 – 2008 gallery covers my first two trips to Costa Rica. The 2005 trip, which took place in February-March, was my first ever photography trip to the tropics. It was something I was looking forward to for some time, and afterward, I never looked back. I absolutely fell in love with the tropical rainforest experience, something that appeals to my childlike sense of adventure, despite the fact that I struggled to produce many solid images in those early years.

The first trip focused on the Pacific coast, with stops at Carara and Manuel Antonio National Parks, Hacienda Baru, and the Osa Peninsula. We were supposed to hike into Corcovado National Park to the Sirena Research Station, but an ankle injury forced us to stay on the outskirts. So for the November 2008 trip, I spent all of my time at Sirena, a full eight days (half of which were rained out).

Still, there are 73 stock images fit for the archive (at the very least usable at web resolution). You can jump straight to the gallery, or enjoy the short preview below first: 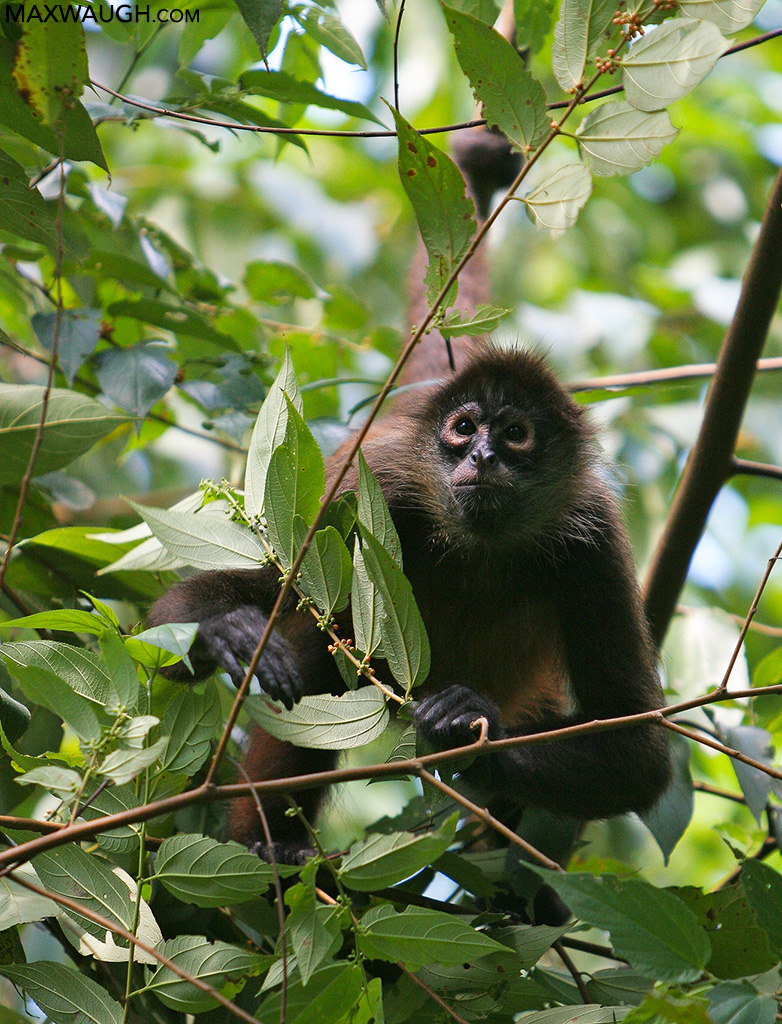 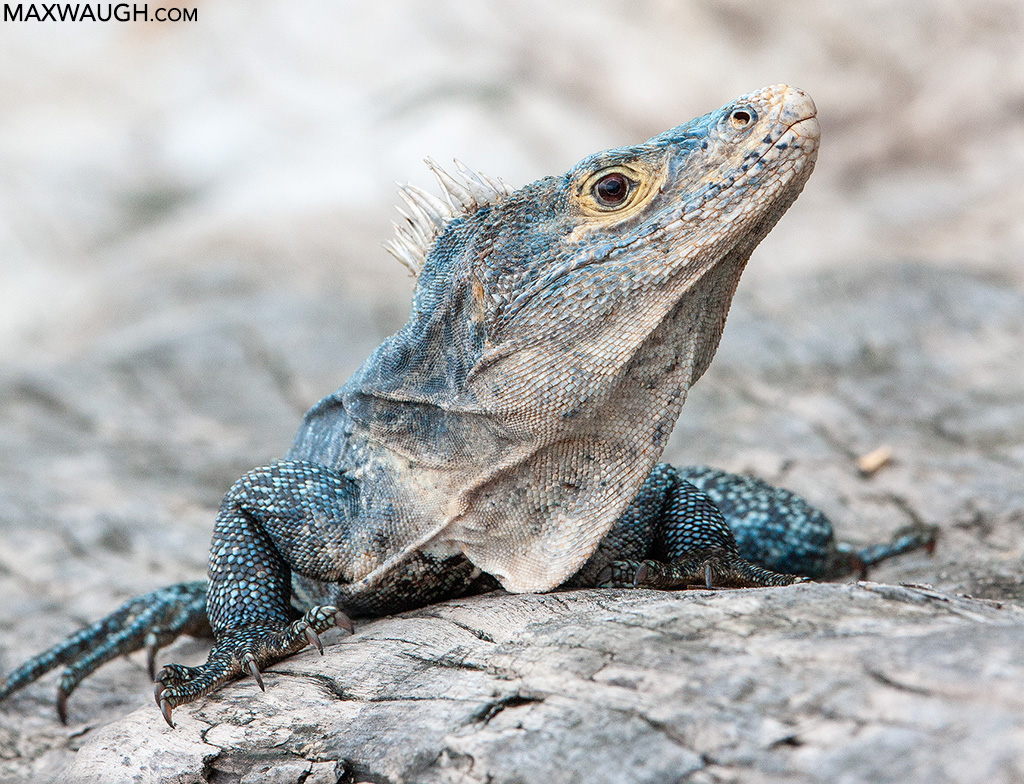 Check out the lovely blue coloration on this black iguana. 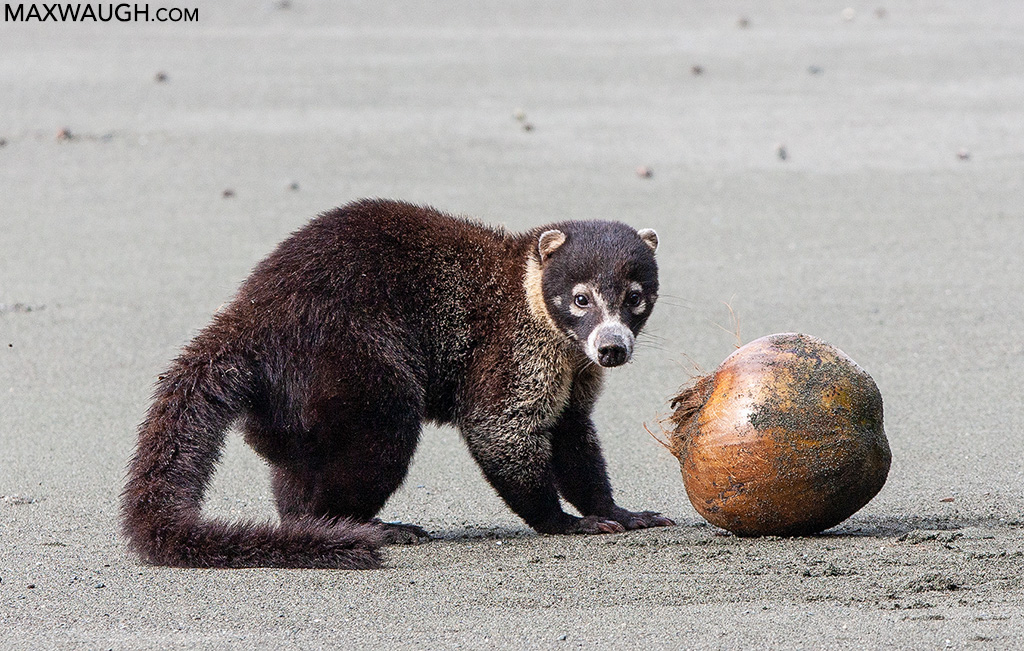 Coatis are commonly seen in Corcovado, foraging on the beaches and in the forest. 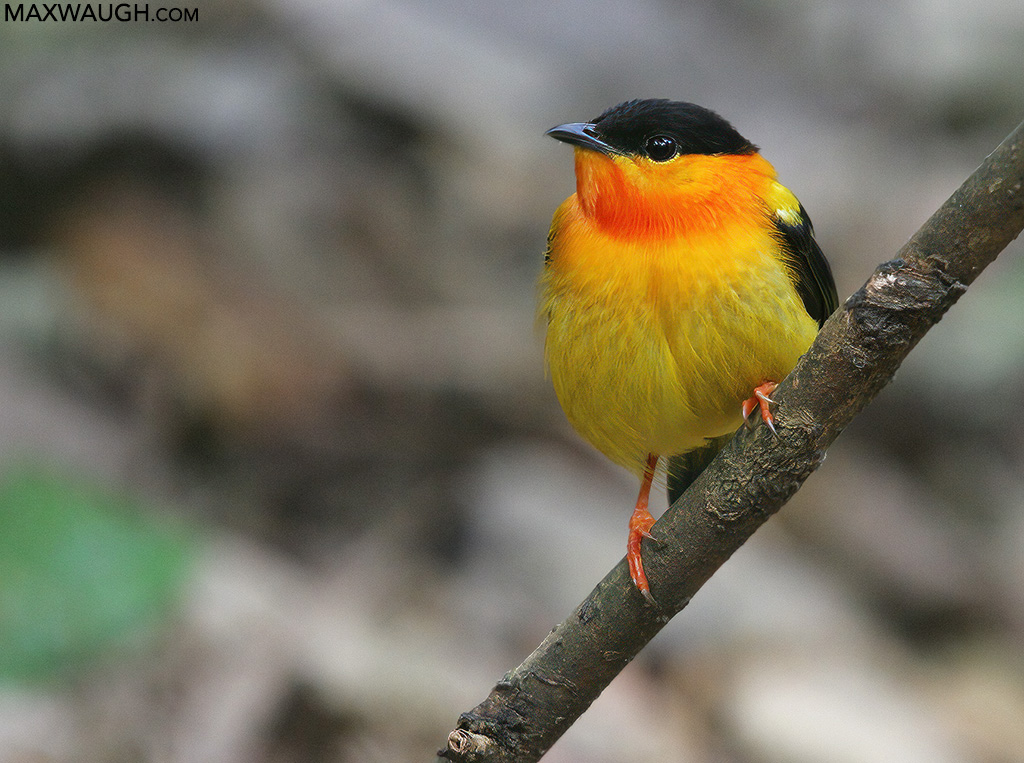 The Orange-collared Manakin has been my favorite manakin species since this encounter, in Carara National Park. 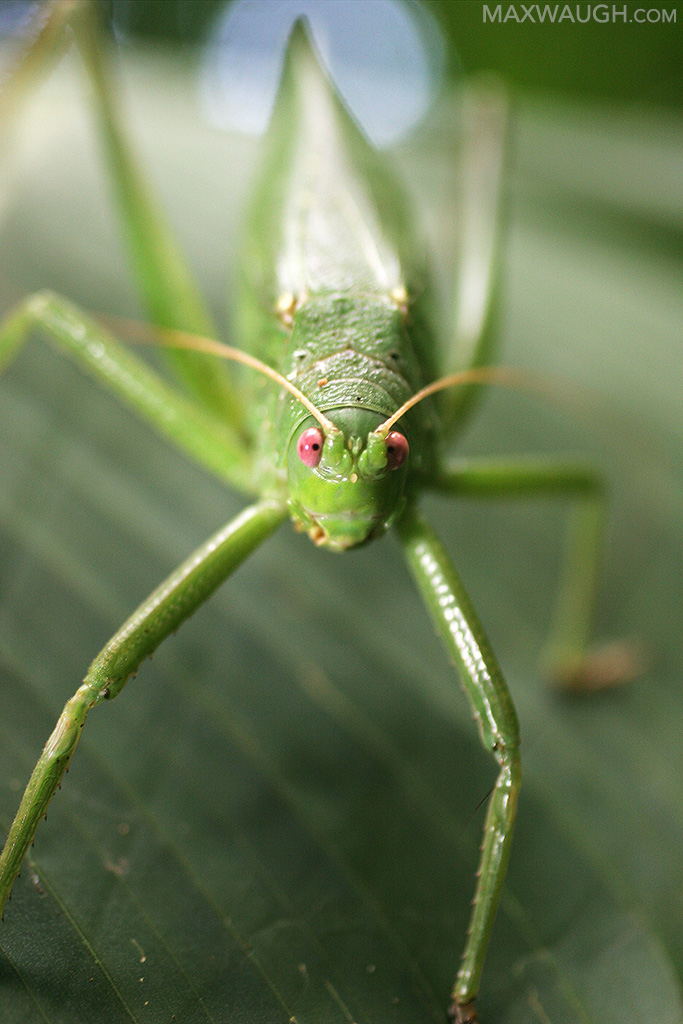 I’m not sure of this species of katydid, but I’ve always liked their pink eyes. 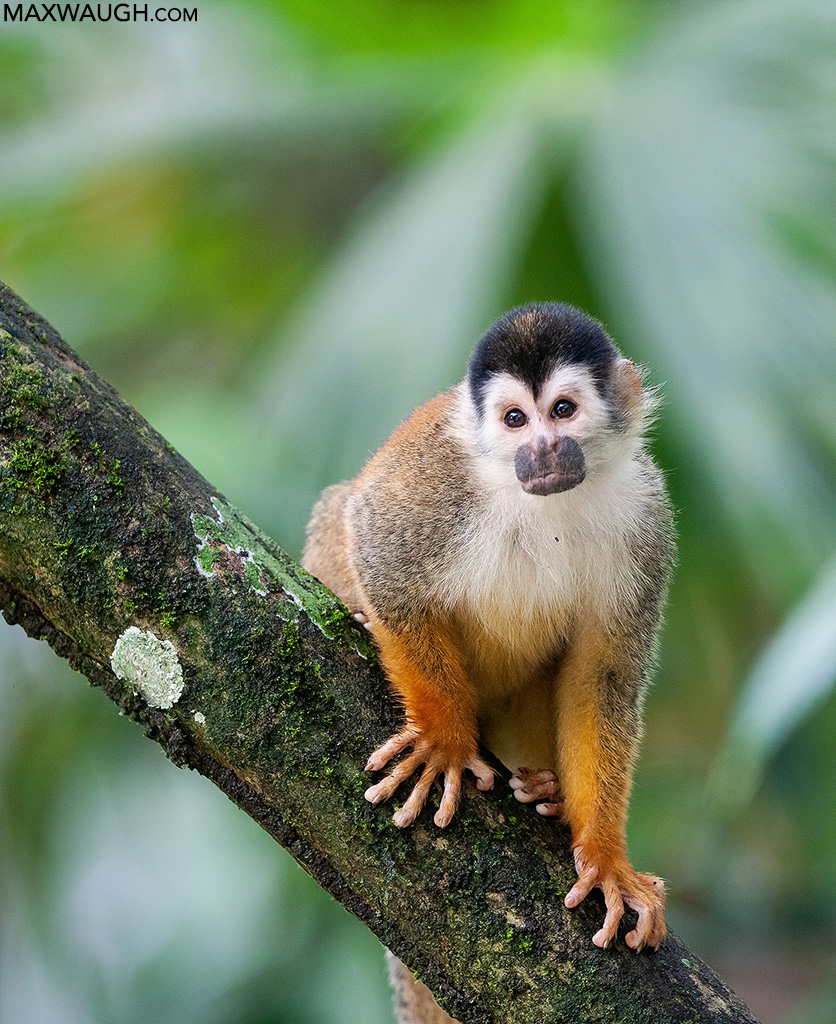 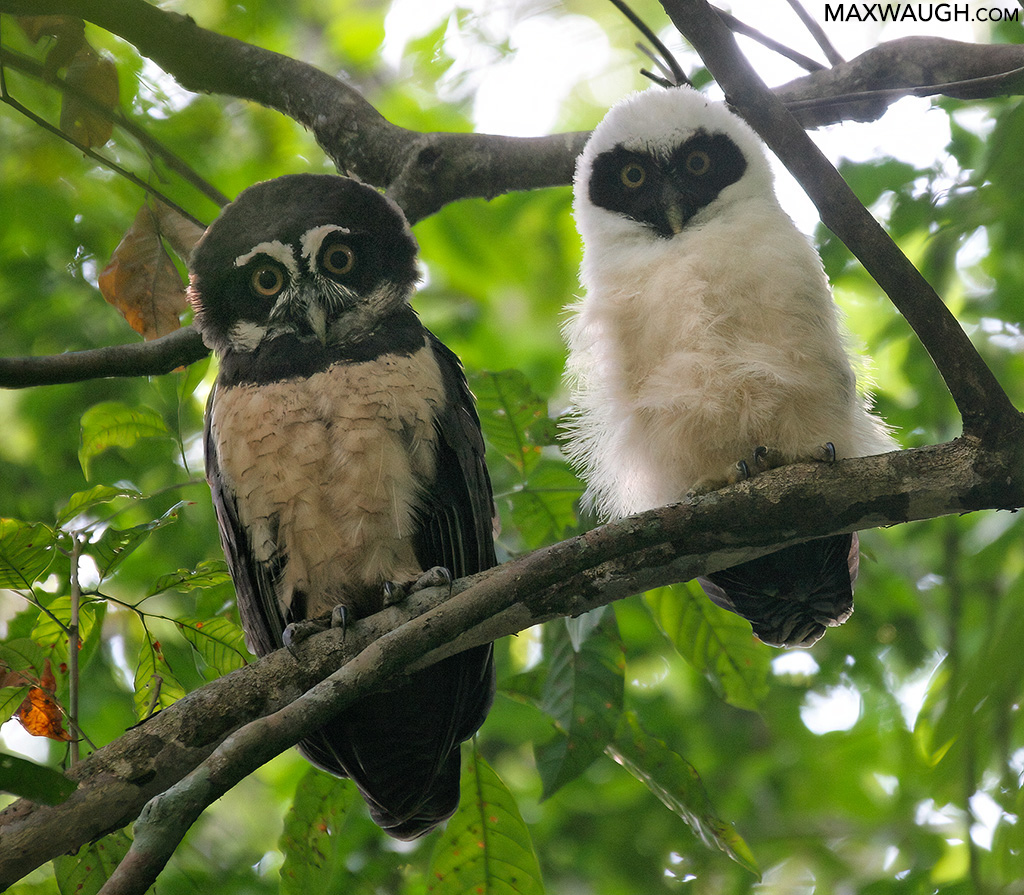 It’s not a great shot, but this was my first wild owl photo op, and still the only time I’ve seen a Spectacled Owl chick. 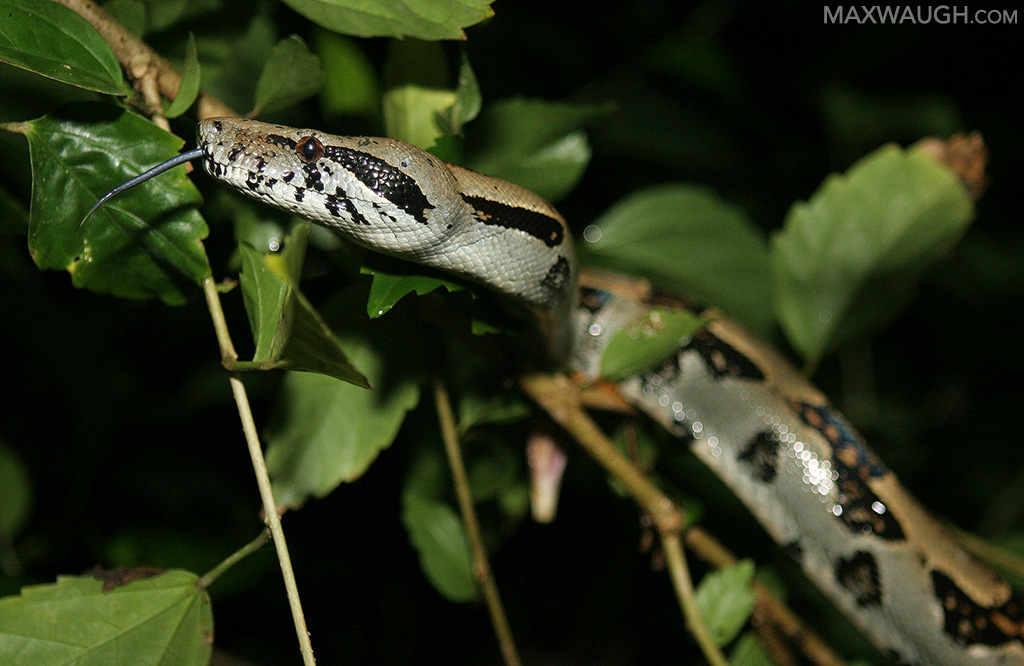 This beautiful, medium-sized boa constrictor was found on the grounds of our camp on the Osa Peninsula one night. 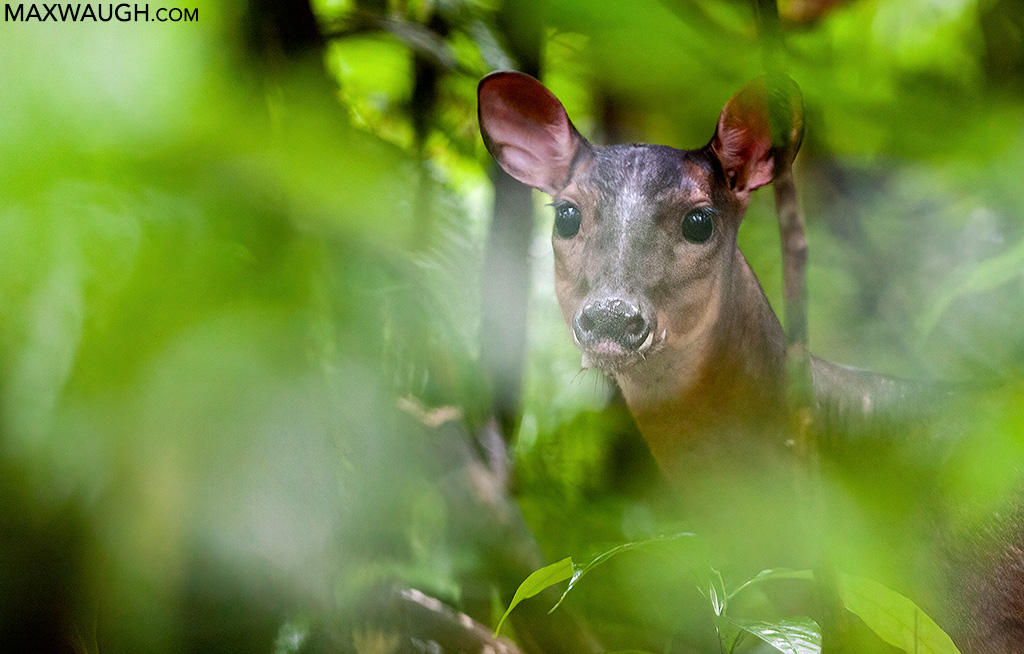 The red brocket deer is one of Corcovado’s larger species, but does a decent job hiding out in the jungle. 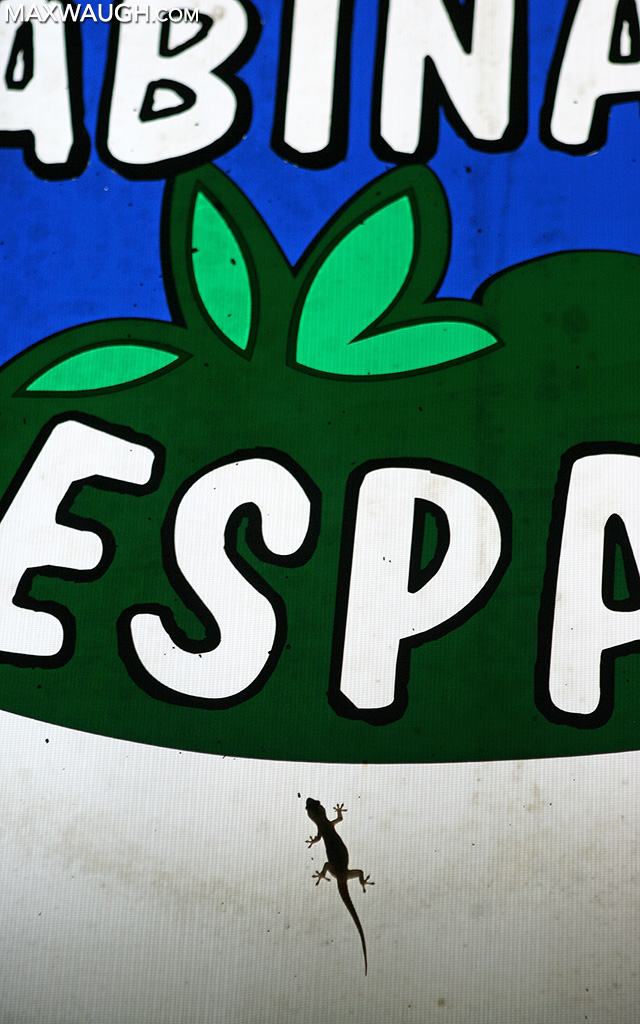 A nighttime visitor (a common house gecko) checks out some advertising. 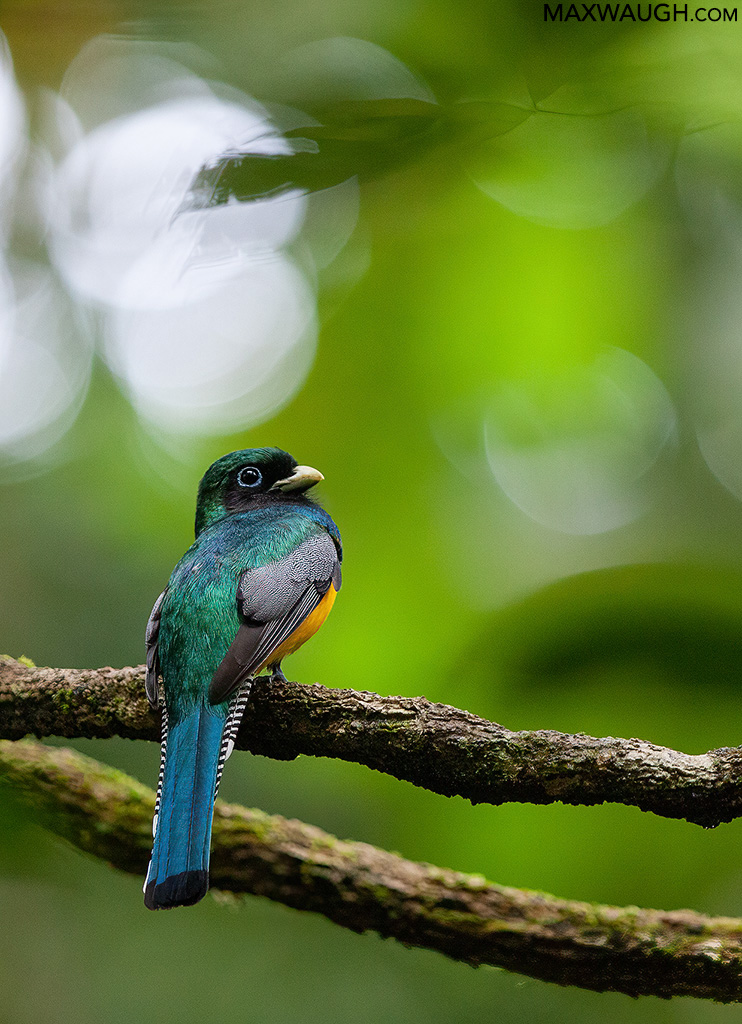 The Black-throated Trogon is the most common of Costa Rica’s many trogon species that I see during my trips. 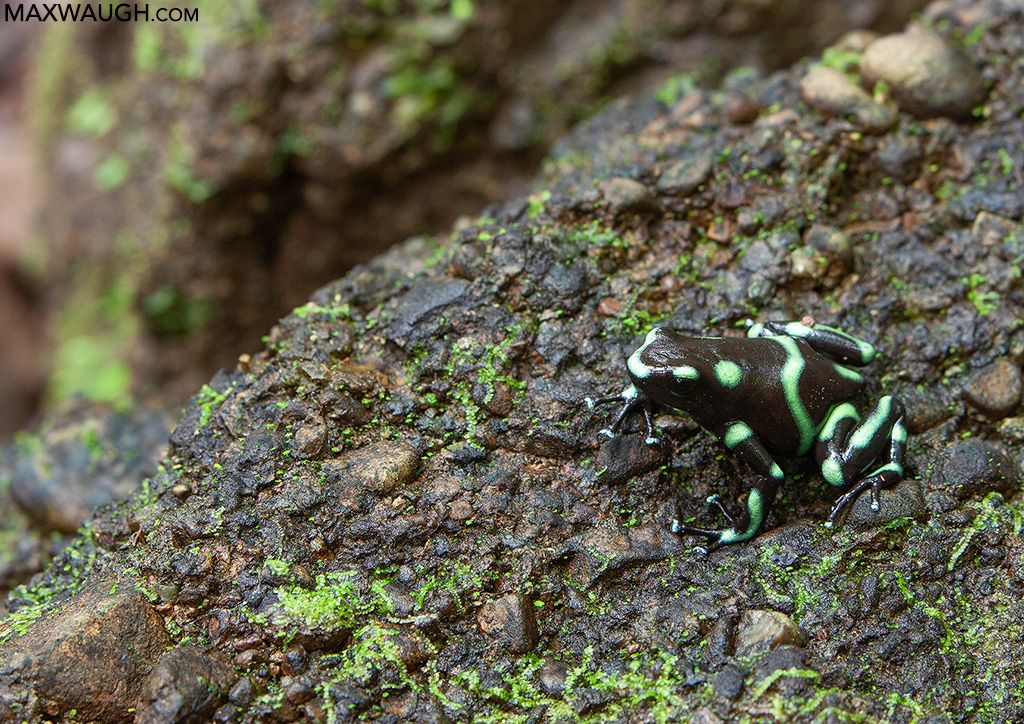 The green-and-black poison dart frog varies in coloration depending on which side of Costa Rica it’s located. On the Pacific side, black is the predominant color, but on the Caribbean side, green is more prevalent. 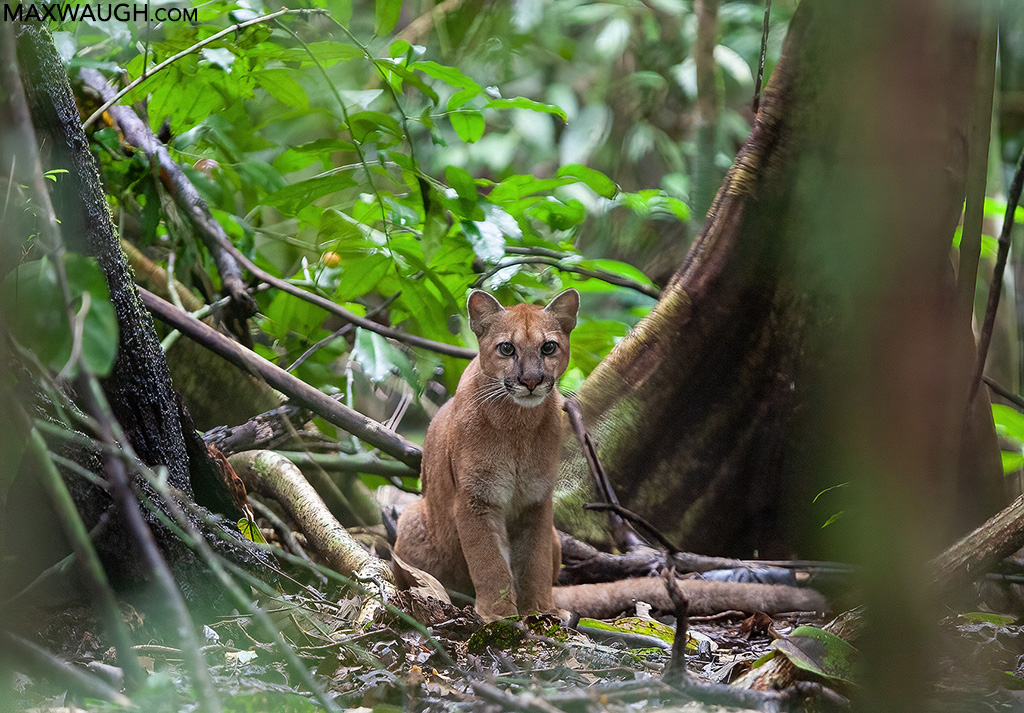 My first puma encounter in Costa Rica featured a mother and two cubs. I had no tripod or monopod, and it was quite dark, so the quality of most of the photos is borderline, but this encounter remains special, so it was important to include it in the archive. 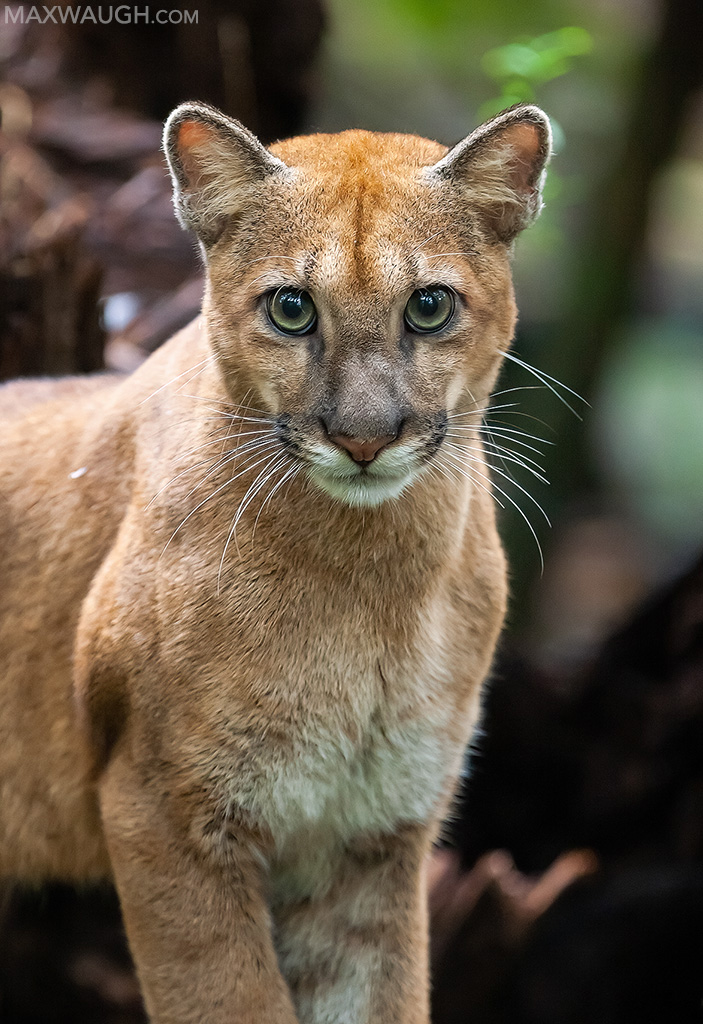 This was the first cub. The second ran off with a dead spider monkey in its jaws.

Interested in joining me on a photo tour in this magical country? I led my first tour in 2013, and will be returning again next year! Learn more here.